SKINS OF THE B&C

Currently there are five (5) skins that users can chose from on the Bolter and Chainsword. Please note you must be a registered member of the forum in order to change skins. If not you are confined to the default skin.

To start with, you need to go to the bottom left of the board to the skin selector drop down menu:

BnC specific skins
After that you will have several options to pick from, starting with the BnCDefault skin: 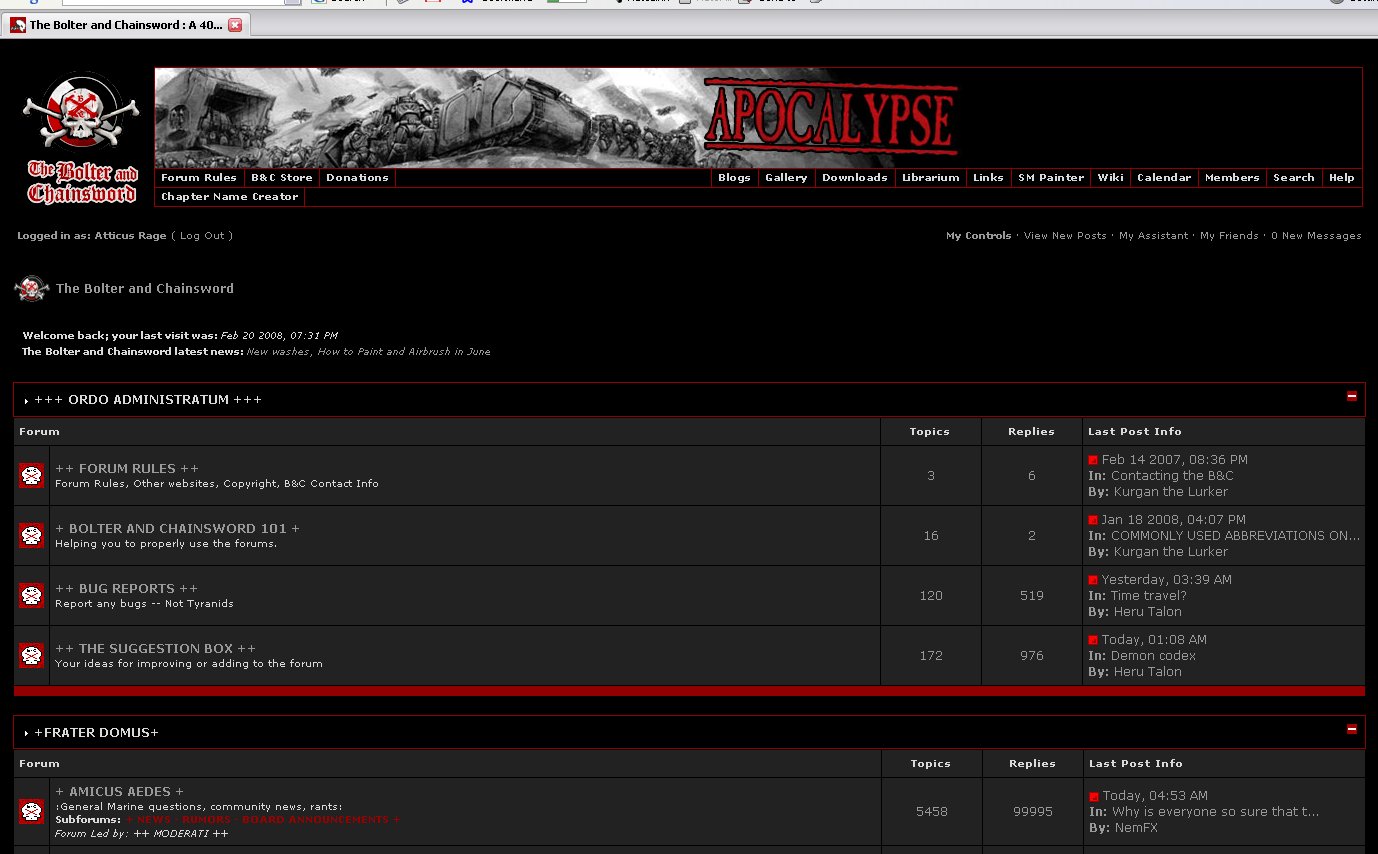 Alternatively we have the BnCClassic skin which is a throw back to our earliest days on EZBoard: 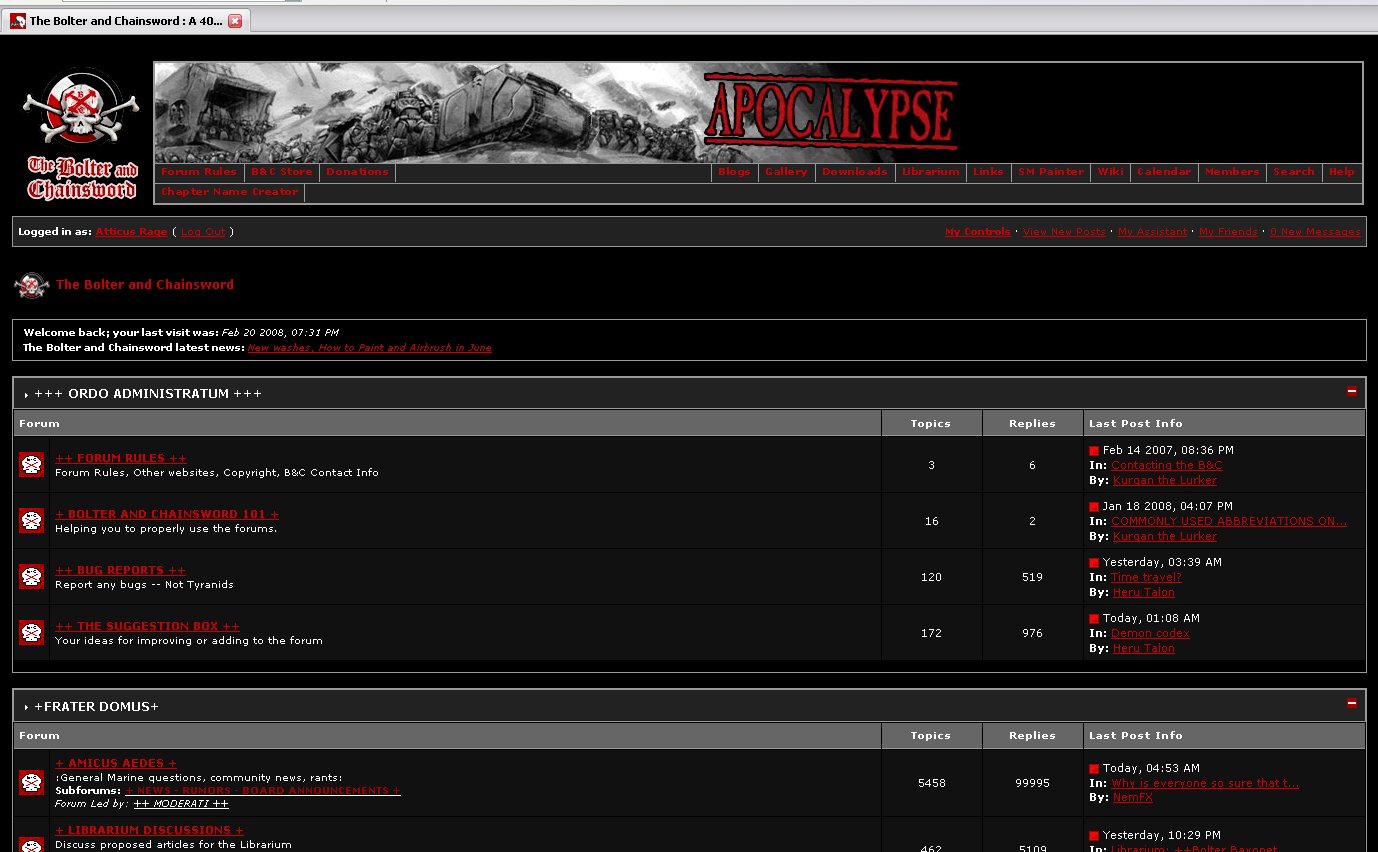 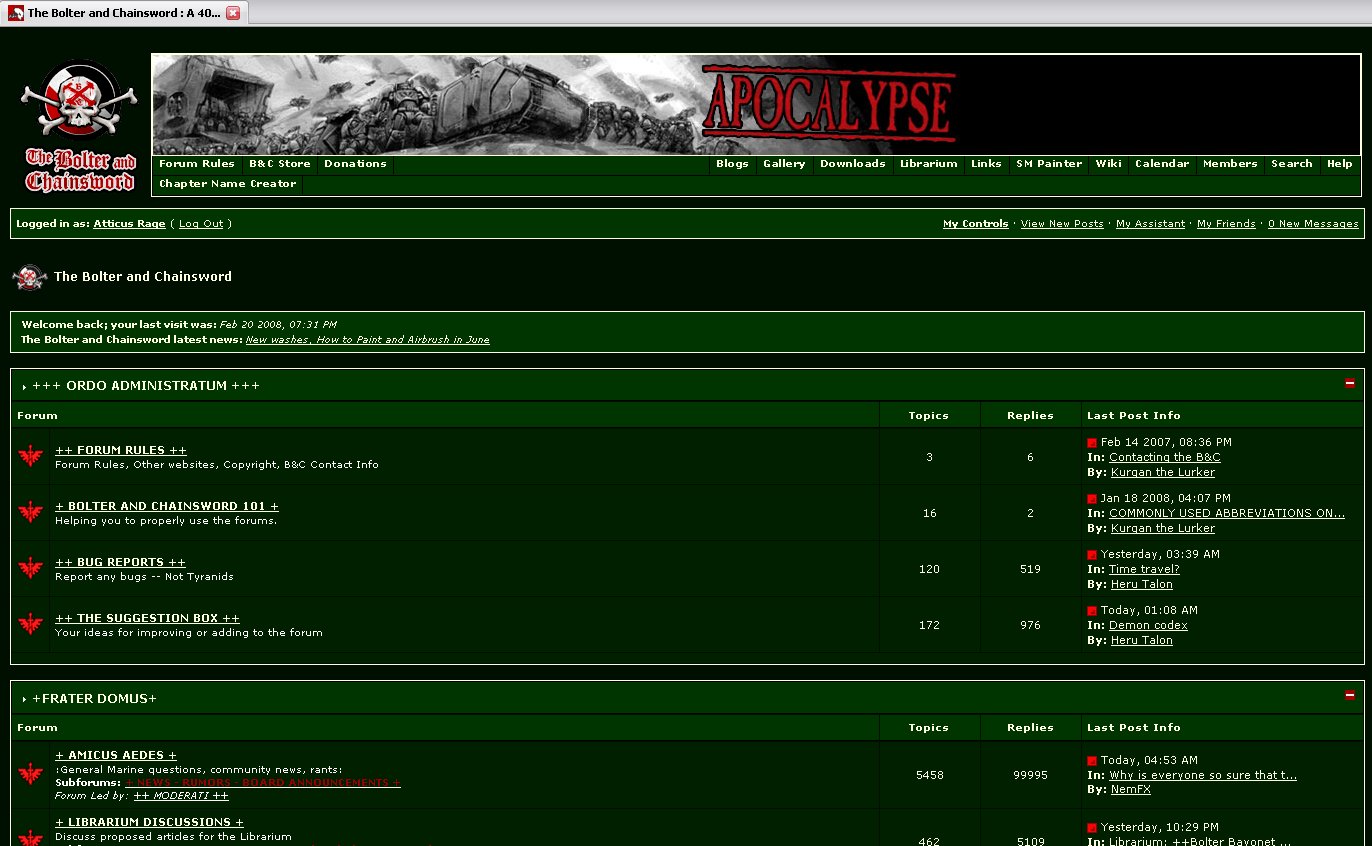 Death Guard in tribut to DeathGuard.org: 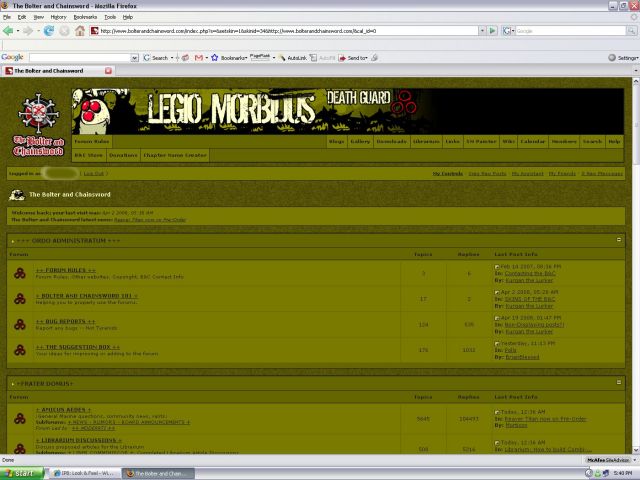 Now for those who find the dark skins to hard on the eyes or are afraid to use them at work or school we have two default skins that are included as part of the forum software. Please not that these skins do not have fancy graphics, html/php changes or any other tweaks that we do the specialty skins that you see above. This means some functions may not work 100% properly or will look somewhat different if you are using any of the following skins: 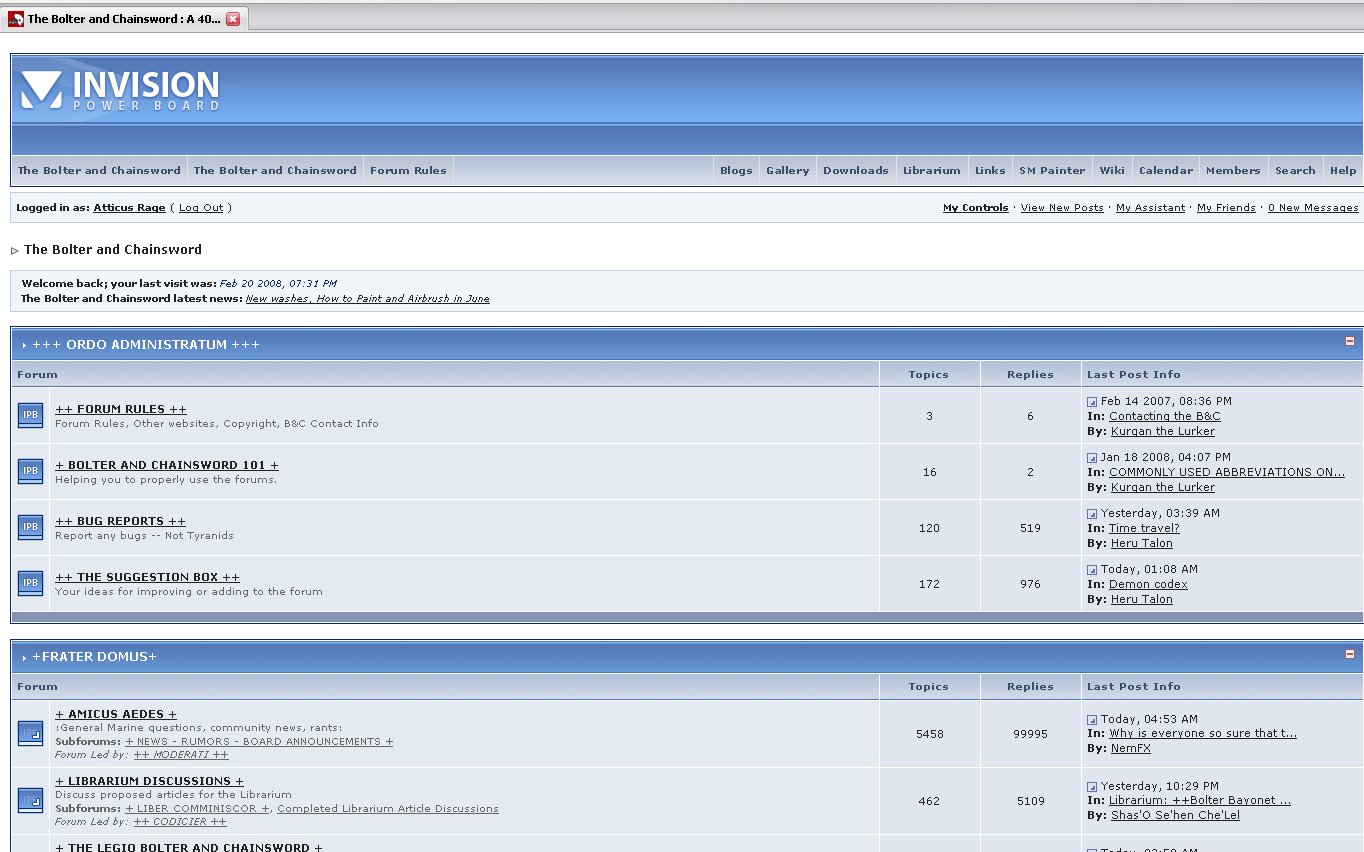 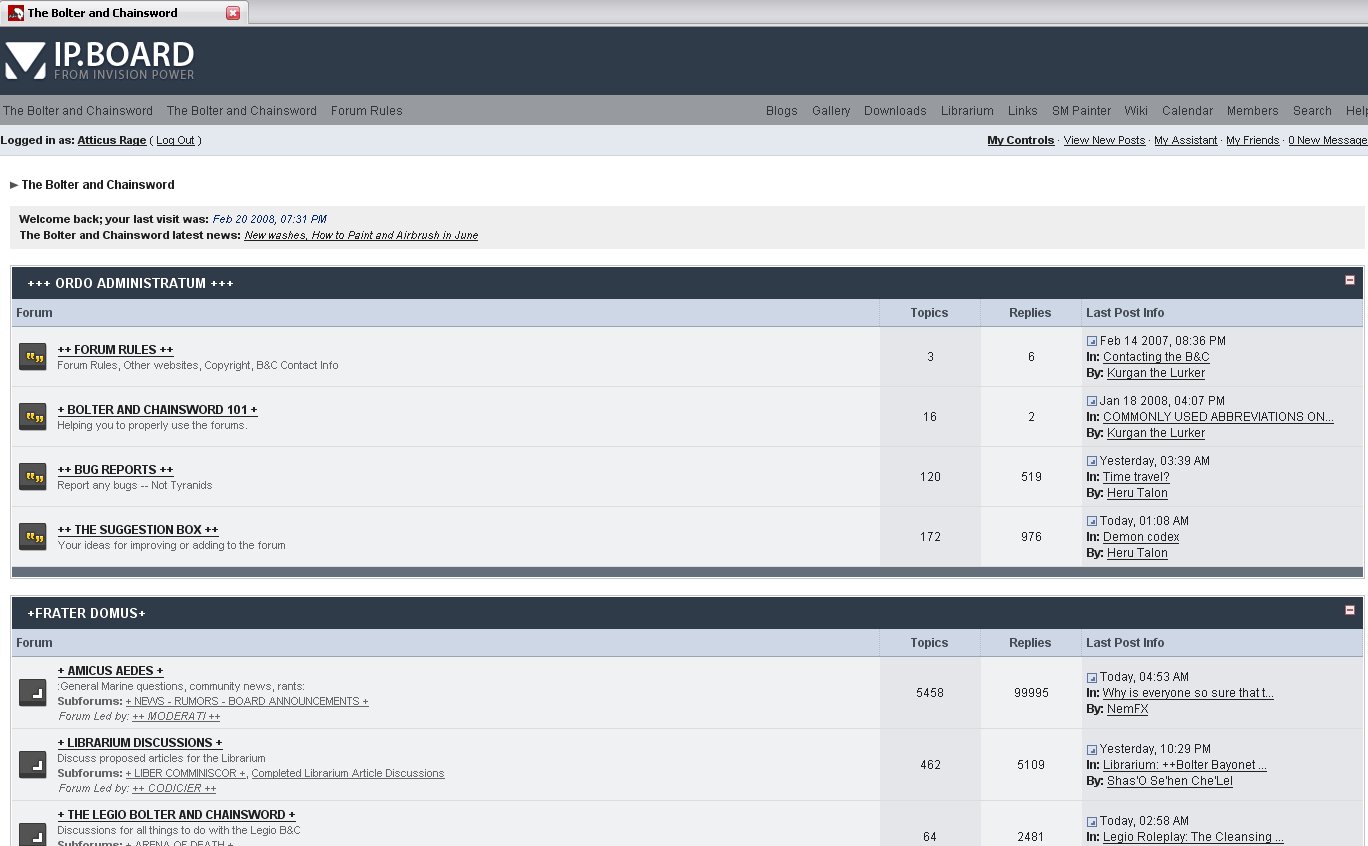 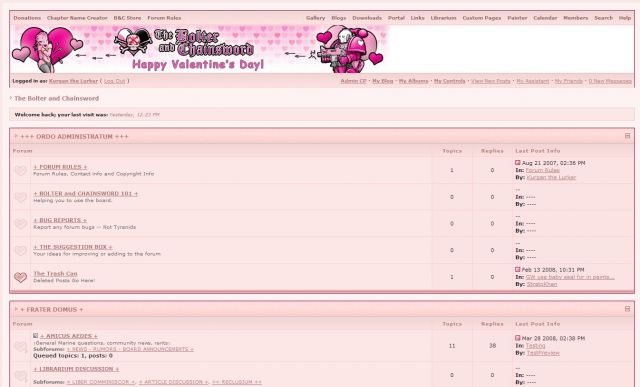 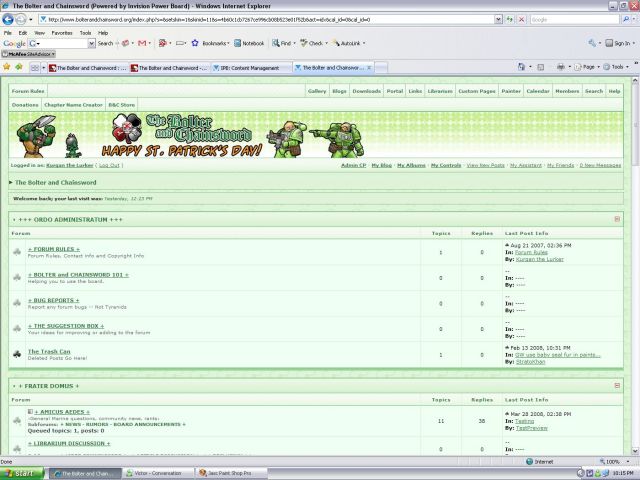 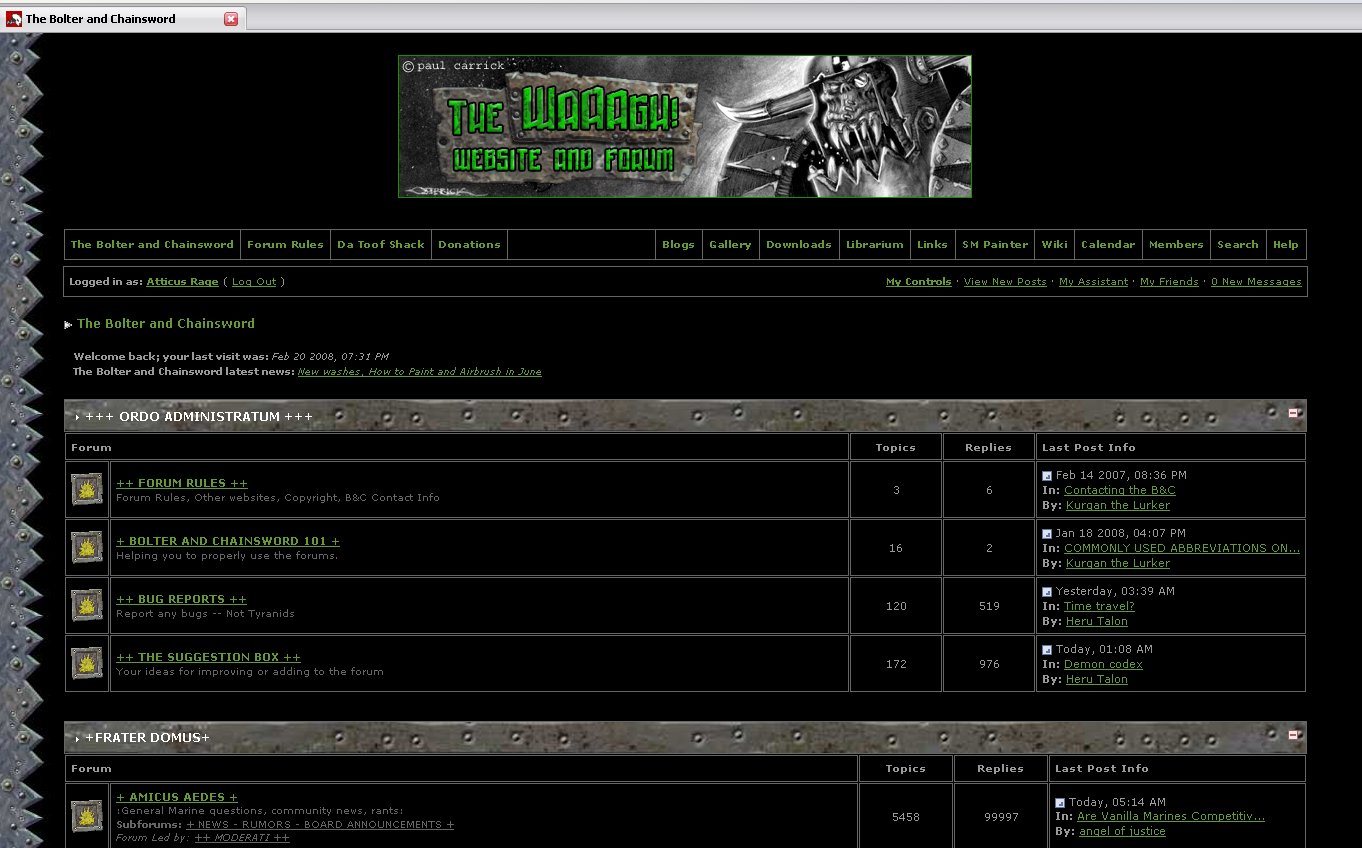 April Fools Day 2008 (we did a modified version of Advanced Tau Tactica as they are not an IPB board): 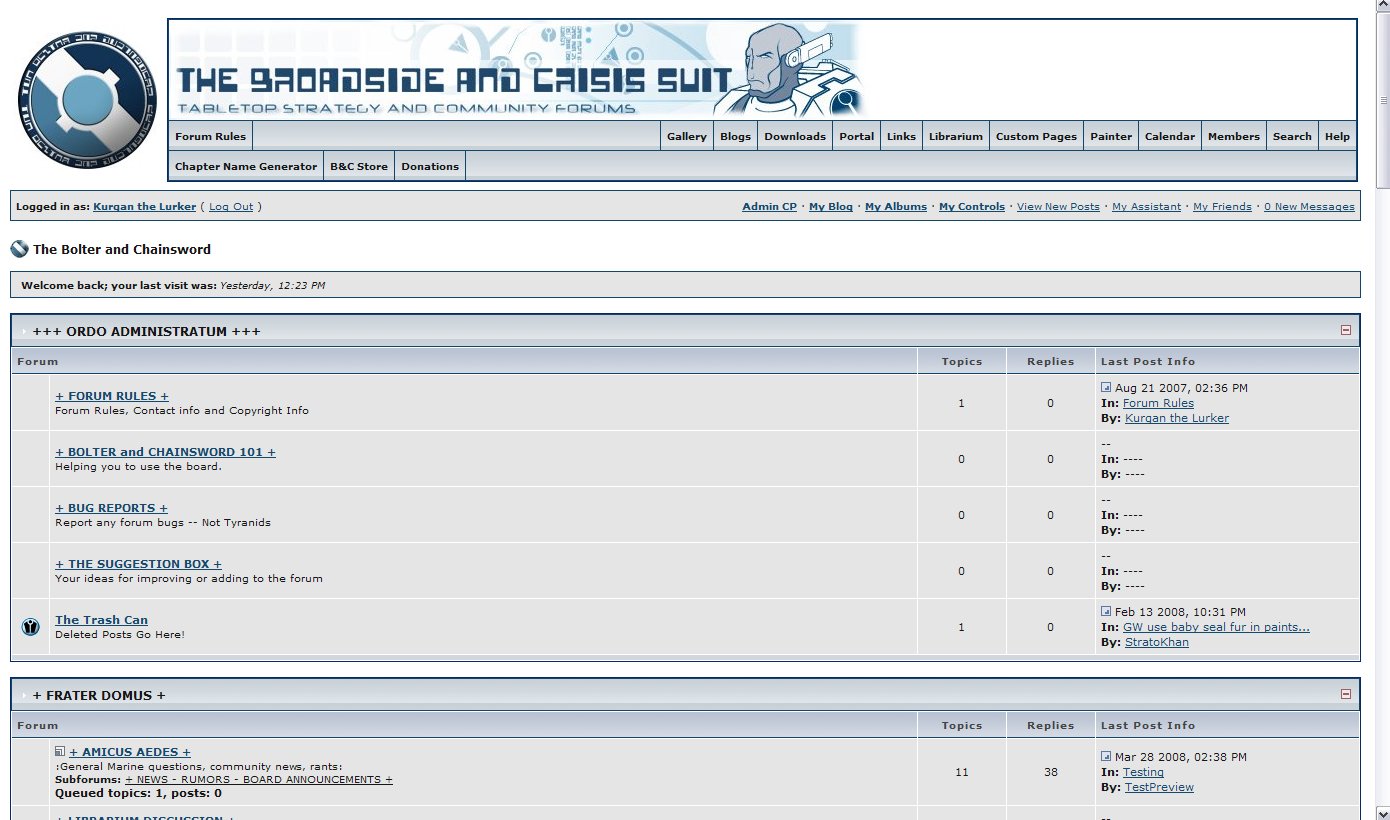 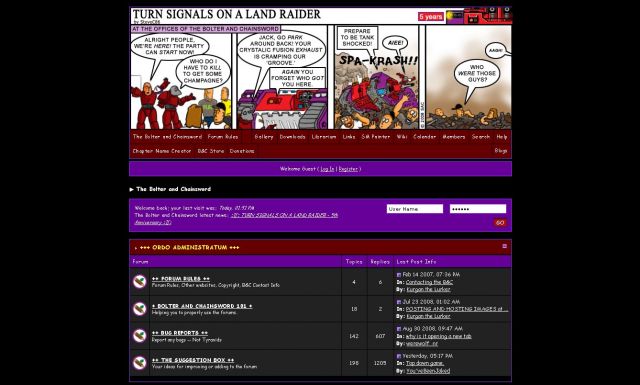 Future Skins
We do have plans for some permanent skins (Death Guard being the first) and as those come online they will be added to the list.

Selling off the PILE OF SHAME! Links to my ebay page for everything that is going up over the next 10 days:
Kurgan's Pile of Shame auctions
Back to ++ BOLTER AND CHAINSWORD 101 ++