...please tell us we'll see that Angron painted soon! What a killer kit-bash.

Angron is looking awesome buddy He's suitability angry looking! What have you used for the lower jaw? It looks a bit like the Soul Grinder.

Mechanist, I’ve got a few days holiday coming up so will try and reread Betrayer then. Will have an update very soon.

Bluedoo, he’ll be my first vow in the ETL I think.

re the jaw, it’s actually the Bloodthirsters own jaws. They’re in two parts and fairly easy to open a bit wider.

Looking forward to seeing that Angron Painted up!

I know you'd rather take your time, but I'd twist Semper's arm into allowing 888pts there......

Thanks for all the comments folks.

May has been a crazy busy month.
First off, I got myself married

Then of course came the honeymoon, while we were away it was also my birthday so had a lot going on which has meant hobby time has suffered. With the wedding and honeymoon taking place in two separate castles from the 13th century it’s fairly easy to see why my inspiration had taken this turn.

Still haven’t had a lot of time but I’ve been working on something that I’ve had planned for a long time. Here’s a still very very rough ‘sketch’ of part of an armies on parade board I’m planning for this year.

The GSC heads are only placeholders, I have some of the Van Saar heads on the way and the armour/poses will be worked on a little more. Of course I started work on these guys last Thursday and then GW preview Sir Hekhtur on Friday. A plastic Knight scion complete with throne mech by the looks of it. I have three of my 5 knights built and the cockpits in place so far but still have to detail the steeds themselves so no pics yet.

Early wip fluff for the House is something along these lines
Situated close to the Eye of Terror the Baliol system has been cut off from the Astronomican for millennia. Daemonic incursions are an almost daily occurrence and the systems leaders long ago began to worship the Lord of Battles and relish the challenge when he sent His children forth to test them in holy battle.
With the rupture of the Cicatrix Maledictum the system has been freed from the Warp Storms and is able to push forward into real space.

Now in these there’s a little clue as to how I want the High Kings Knight to look.

Basically I want them to be a completely fallen house who worship Khornes fundamentals of martial honour and strength at arms. High Kings are chosen via ritualised jousts etc. It’s still a basic skeleton of a story but happy with it so far.

Anyway this is basically a placeholder post, I’ll hopefully have more time very soon to get some more work done on these and of course Angron. Fear not, I haven’t forgotten about him

This Throne is brilliant, look tribal as hell ..I'm jalous  ! So mutch character in this High king !

The story is quite promising ! I'll follow the rise of house Balliol closely

First off: COngrats on tying the knot! Sounds like May has been exceptionally awesome!

And that awesomeness has bled into your display of the Court of Blaiol! Seeing him on his thrown has me feeling some strong Conan the Barbarian vibes!

Congratulations again on your marriage!

Your Armies on Parade board is looking awesome so far. I love the throne it's self, you've just put in so many of the little details that you don't notice at first. Will you be adding the Armiger pilots aswell, or will thins just be for fully fledged Knights?

Congrat on the wedding! And the diorama looks awesome so far, can´t wait to see the whole board!!! 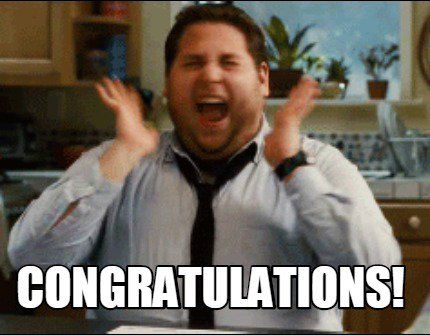 Congratulations Bio! The way you have made the high king look totally disinterested in the goings on of his court is brilliant. That is going to make one fantastic Armies on Parade board

Congrats on the marriage Bio! In regards to the board: Where's that terrain from? It looks familiar, but I can't seem to place my finger on it.

Hushrong, thank you and it has indeed been an awesome month. As for the King, Conan is definitely something I was shooting for.

System Syn, thanks again, as for the Armiger pilots they will be on the board, at least a couple of them anyway. I’ll have them on their knees showing their respect for the King, who really couldn’t care less to be honest ha.

Traitor, thanks buddy. I’m looking forward to seeing it come together, if it works anywhere near to what I have in my head I’ll be happy.

Nemac, thank you bud, yeah I wanted to show how arrogant the High king would be, the legs still need a bit of work to adjust the pose but it’s working so far I think?

Gederas, thanks buddy. The terrain is from an old board game called Dark World. I do like it but I think it might be a bit too big for the display board when it’s all together. I’ll definitly be using it for inspiration though if I have to build my own:tu:

Tonight I did actually manage a little time to work on the Gallant Knight. With him being a close combat beast I wanted him to just look properly dangerous. I still have a few details I want to add

Cheers again for all the well wishes. I really appreciate it

I've done something similar with my world eaters.

Congrats and well wishes to both you and the new bride!

The court is looking pretty awesome there. Storyline is very promising. I do lime the burdened look on the king's face, while also giving off that "isn't there something else I could be doing right now?" vibe.

The Gallant Knight is looking awesome so far. The skull faceptis a really nice detail.

Congratulations! Sounds and looks like a perfect day! All the best together, mate!

The baronial court and the Knight look pretty sweet too. That idea of the Bloodreaver khorna symbol on the pauldron is inspired. It fits so well!

The board idea is genius. And that knight, homina homina! Reminds me a little of the Gorehound you made way back when. If I may say so, I reckon "knuckledusters" on the power fist would be pretty cool, for maximum bludgeoning power.

Awesome touches on the knight! Appropriately Khornate without going overboard!

Congrats man! The Gallant is shaping up to be very menacing.

First of all, buddy, congratulations on the wedding and all the best in the world to you guys! Really happy for the both of you!

As for your display board/court of the high king, I cannot tell you how awesome I think it is -- I have that exact same terrain piece (the game was sold as a board game for "Das Schwarze Auge" over here, making very dodgy use of Germany's most popular pen 'n'paper RPG brand), but I have yet to see it used as awesomely as you did -- brilliant!

Love the pose of the high king, and I am really looking forward to seeing you add more detail. How about torn and faded enemy (Knight) banners hanging from the rafters and trophies made of damaged Knight facemasks?

The Knight is looking awesome as well -- how did you do the facemask? What is that skull faceplate?

Thanks a lot for the well wishes guys. It’s all appreciated.

Skidman, thanks bud, the colour scheme will only be altered slightly and I’ll have a go at adding some unique heraldry to each of the knights. I really can’t wait to work on the High Kings mount. Been hatching plans since the Castellan was revealed months ago.

Custom Hero, thanks bud, I’m happy with how the Kings upper body is sitting so far. Like I say though I’ll be switching the head out so hope to be able to maintain the arrogant disinterest I think he has so far.

Augustus, thanks mate, we really did have an awesome day. And I added the Blood Warrior banner to my first Knight before a local tournament at the end of last year and was really happy with how it looks. Need to source a couple more for the rest of the House still but I’m on the case.

Squigsquasher, thank you bud. Ah yeah the Gorehound. I was speaking to SystemSyn about that a few weeks ago. Unfortunately I don’t think it will ever walk again. I spent so long on building that and I used it in an Apoc game but unfortunately it was knocked off the table and smashed (after the game at least, it had taken out a Stormlord, a Necron Tesseract and another Warhound before expiring) The way life is just now I don’t see me having the time to pour into such an ambitious project anytime soon. I may revisit the idea way off in the future but for now it’s languishing in a box in pieces.

Knuckle dusters are nice idea though, I was planning on adding some detail to the armour on the fist.

Hushrong, thank you, he has a lot more spiky bits than my first Knight but I felt that for a close combat beast it would be helpful if every panel was dangerous to touch

Kraut, thanks buddy. Glad you like them. The king came together really easily actually, I knew I wanted something akin to the classic Conan pose and just started looking through the Scions bits kindly donated by SystemSyn.
For the board I do indeed have plans for some flags, banners maybe even a brazier or two with some burning skulls

Oh and the skull faceplate is from a Bloodthirster shoulder pad. I chopped open the Knight face and grafted the lower portion of the shoulder pad in.

Also tagged with one or more of these keywords: khorne, worldeaters