Legio and the Deathwatch

Im building a Deathwatch squad and recently stumbled across the Legio chapter. The Idea is awesome and now I want to include a member in my squad. Fluff wise, would this work? If it does, would I be fine using a DW shoulder for the left pad?

Technically no. Since the LBC is similar to the DW in that it is made up of Marines of many different Chapters. The difference being that after 10 years the LBC doesn't send the Marine back to their parent Chapter.

Selling off the PILE OF SHAME! Links to my ebay page for everything that is going up over the next 10 days:
Kurgan's Pile of Shame auctions 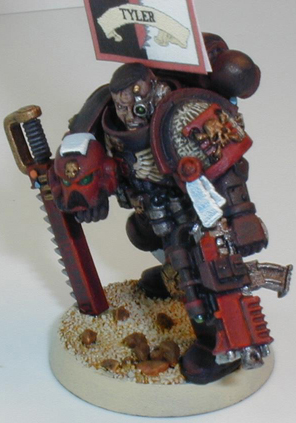 Generally speaking, members of the Legio aren't seconded to the Deathwatch as it might be seen as an affront to the battle-brother's parent Chapter. However, the Legio works with the various organizations of the Imperium's war machine fairly well and it wouldn't be unheard of for a force to include members of both the Legio and the Ordo Xenos Deathwatch.

I was asking if the Legio and deathwatch work hand in hand.

Hence the second sentence in my answer.