Alright, instead of only just making stern vows, I think it's time to get to work.
My Vow this year is a humble one, some might even say pathetic, but I'll go with humble myself. Since I've been out of the whole painting business for a while I'm going to take it real easy. My Vow is to paint a single Death Company Dread.

I've had this bad boy basecoated for a few months and now it's time to paint him. I'm going to start by painting metallics and red crosses and after that move on to details. I'll prolly leave highlighting 'til the very end. Below is the first WIP shot of him, sorry about the crappy phone cam. I'm sure to use a decent camera for the following shots, but until then try not to bleed from your eyes. 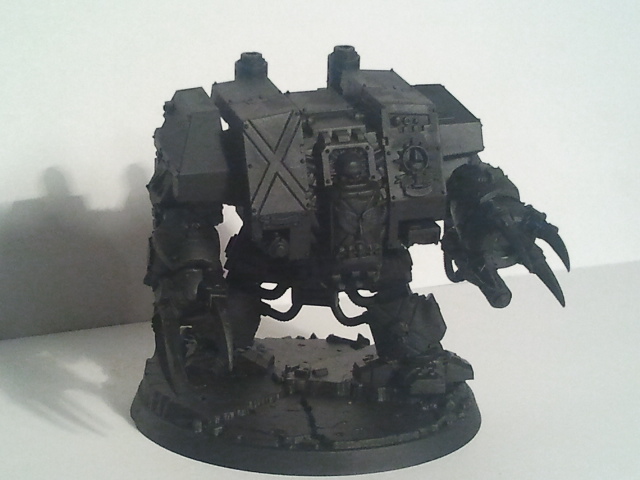 Yarrr, look at me! My Brother-Captain has some crappy photograph equipment!

Alright, I'm so getting to painting now.

For the Emperor. For Sanguinius.

Good luck, it is good to see another Blood Angels player building up their army.

Thanks for the encouragement guys, I really do appreciate it.

I'm determined to do some real painting tonight and try not to get caught up playing Space Marine instead of painting.

I'll try to get a decent photo in the next update, and hopefully I have done proper progress by then!

And they shall know no fear

"Though I long for the heady joys of blade-to-blade combat as much as any of my Brothers,
command of such overwhelming firepower offers a satisfaction all of its own"

Alright, I was finally able to play Space Marine to my heart's full content and I can now focus on my table-top business. And I will never have to grind Bolter Targeter perk again.

@ Gray Knights Thanks for the compliment.

Today has been a good day for my Blood Angels, since the mailman was nice enough to drop some reinforcements in the form of a Baal Predator and a Death Company box, which will be used to Angelify one of my future assault squads (he also brought Codex: Dark Eldar with him, but of that we shall not speak). And as you guessed, since I'm writing all this gibberish in my topic, I also made some progress with my DC Dread. Aside from the Badab Black wash, my metallics are all done and I also managed to base all my reds. As you can see from the pics below, I haven't glued his arms, since they stick just fine without glue and this way I can alter his poses and even remove arms when/if I get weapon destroyed. Furthermore, I will clean up the little messes I made with red.

I'm pretty satisfied with the way my vow is going and will propably paint more tonight. Thanks for looking! 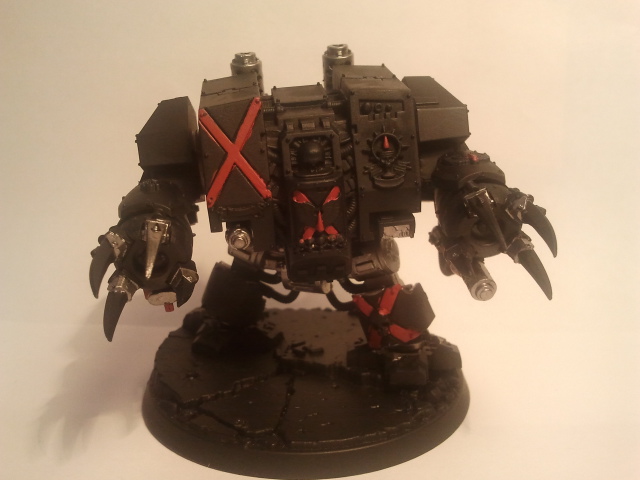 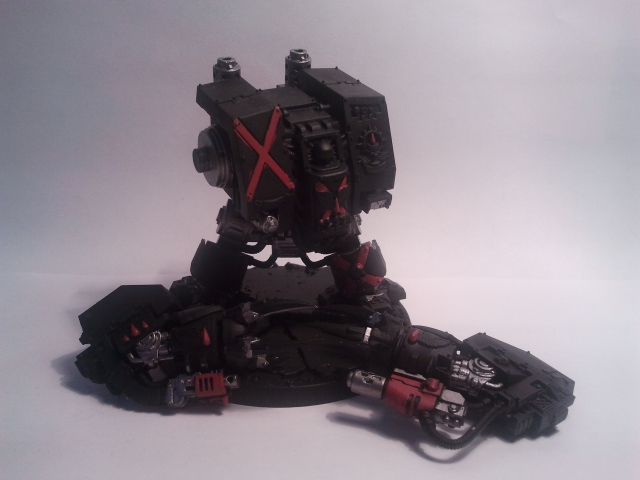 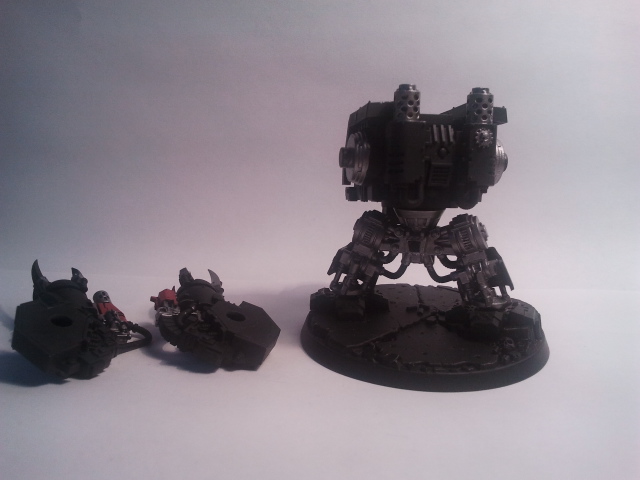 Yehaaaww, doing some nice progress once I got the ball rolling again. My next update (whenever that might be) is propably going to be of the final product.

Still need to do pretty much all the highlighting and finishing up my details, like adding lightning to the Talons. 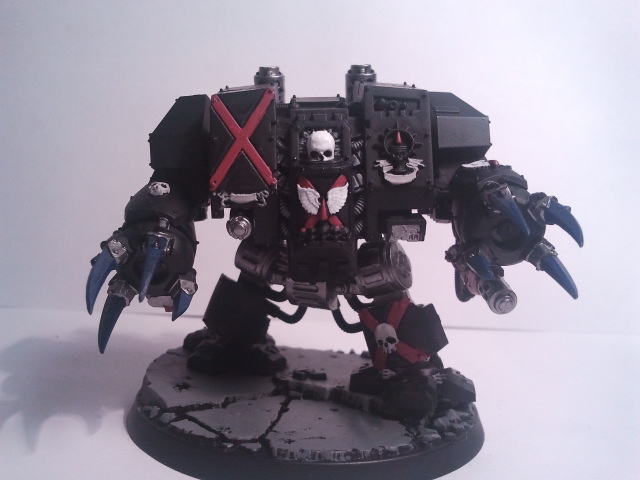 Yeah, the bad boy is all painted, ready to tear into the enemies of Man. Didn't get my normal cam working (or more precisely, couldn't find it's battery

) so pictures are taken with my phone. Hope you like him! 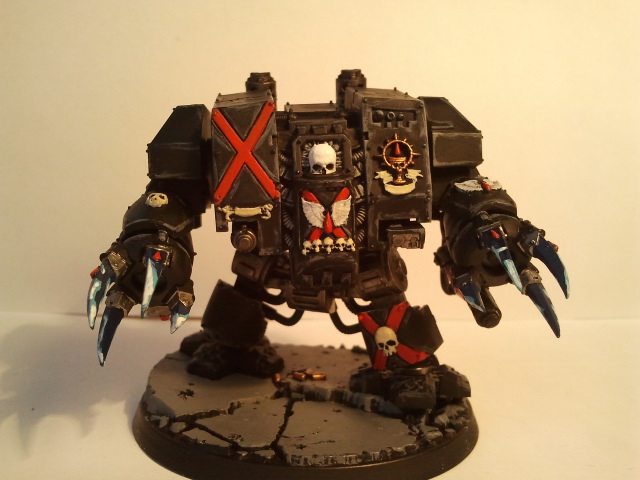 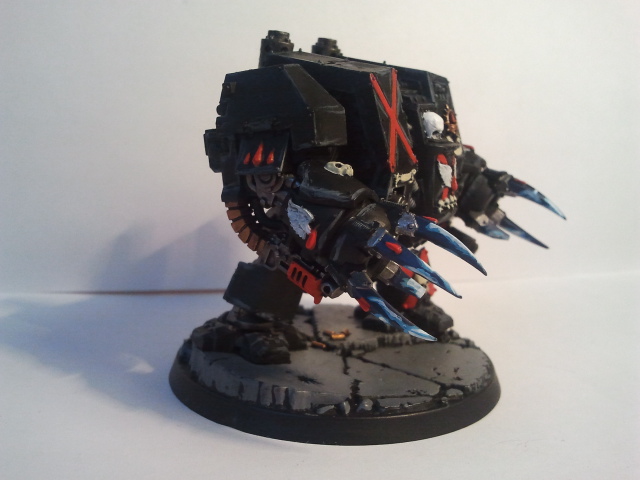 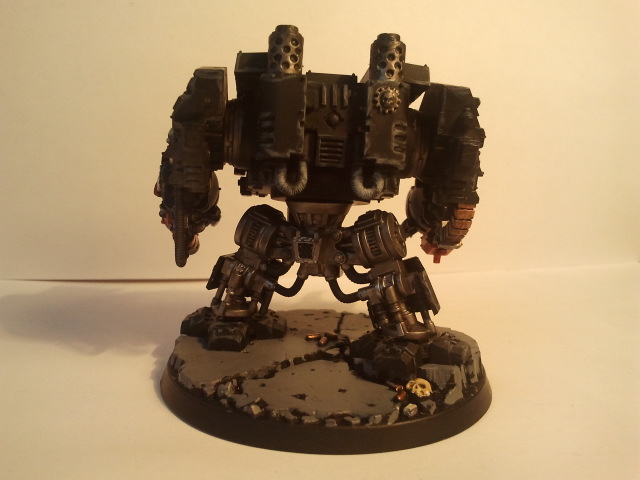