To begin my WIP thread for the LPC vow, I have one of my henchmen squads. These are my Deathwatch Kill Team and will be sternguard in my SM army and PA warriors to go with my Inquisitor (a kitbashed Coteaz to be appearing here later.) Most of my minis are kitbashed from the ridiculous amount of bits I have accumulated (thank you eBay). For this Challenge, I did order the DW bits kit from GW, hence the Inq. shoulderpads and pewter bolters.

First up, the partially assembled... 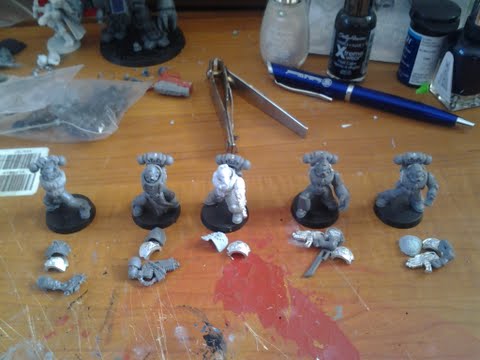 And some that are still piles of bits...

The Sergeant, a Space Wolf with powerfist... 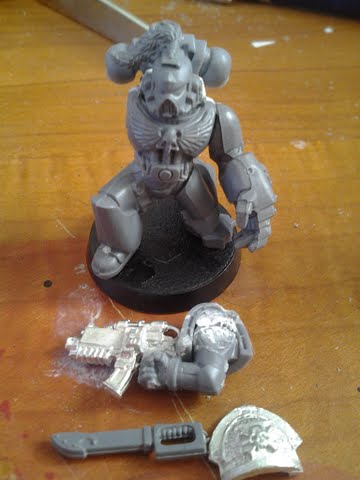 A Red Scorpion with bolter... 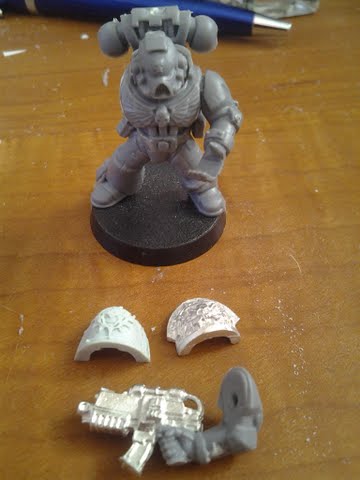 A lefthanded marine of an unknown chapter (its a molded FW pad with a skull inside of an Iron Halo. No idea what chapter that is...) 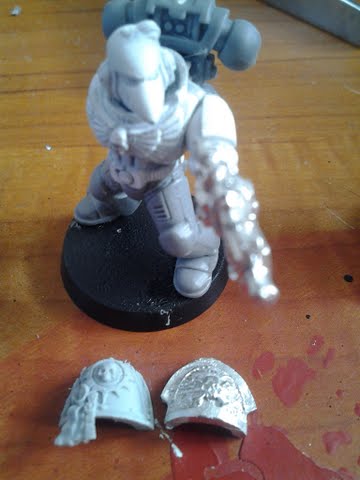 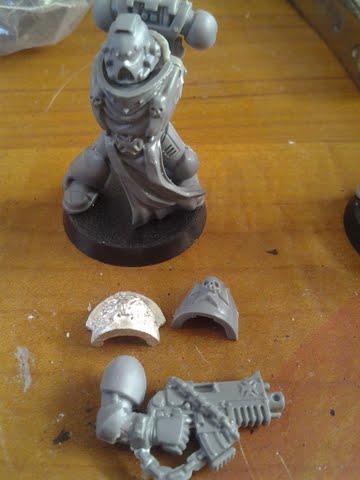 And a Blood Angel techmarine with a bionic arm and auspex... 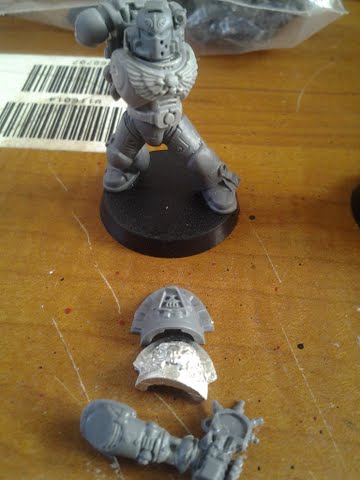 Skull in an iron halo = sons of medusa! Thats the im going to use for mine.

Looking good so far Brother Myxx!
So will it be Novamarines or Sons of Medusa for the Unknown Astartes?

QUOTE
every time you use forgeworld minis in a game, a kitten dies. under no circumstances should they be allowed to be used and enjoyed.

My other tank is a CRASSUS ARMOURED ASSAULT TRANSPORT

Skull in an iron halo = sons of medusa! Thats the im going to use for mine.

Yep sons of medusa it is or shall be :-)

I'm leaning towards Sons of Medusa to add a green shoulder to the squad. I already have a blue ultramarine. And I can use some of the bionics I have come across in my bits box.

I would have to say Sons of Medusa as well since they were the Badab Wars and the Imperial Armour volumes. It woul make sense being from FW.

ir's actually a pad from the sevrin loth and honour guard set, but the symbol matches really well with novamarines or sons of medusa.

So, here goes round 2... making some headway, but not nearly enough...

First up, a group shot of the WIP Deathwatch/Warrior Acolytes/Sternguard. 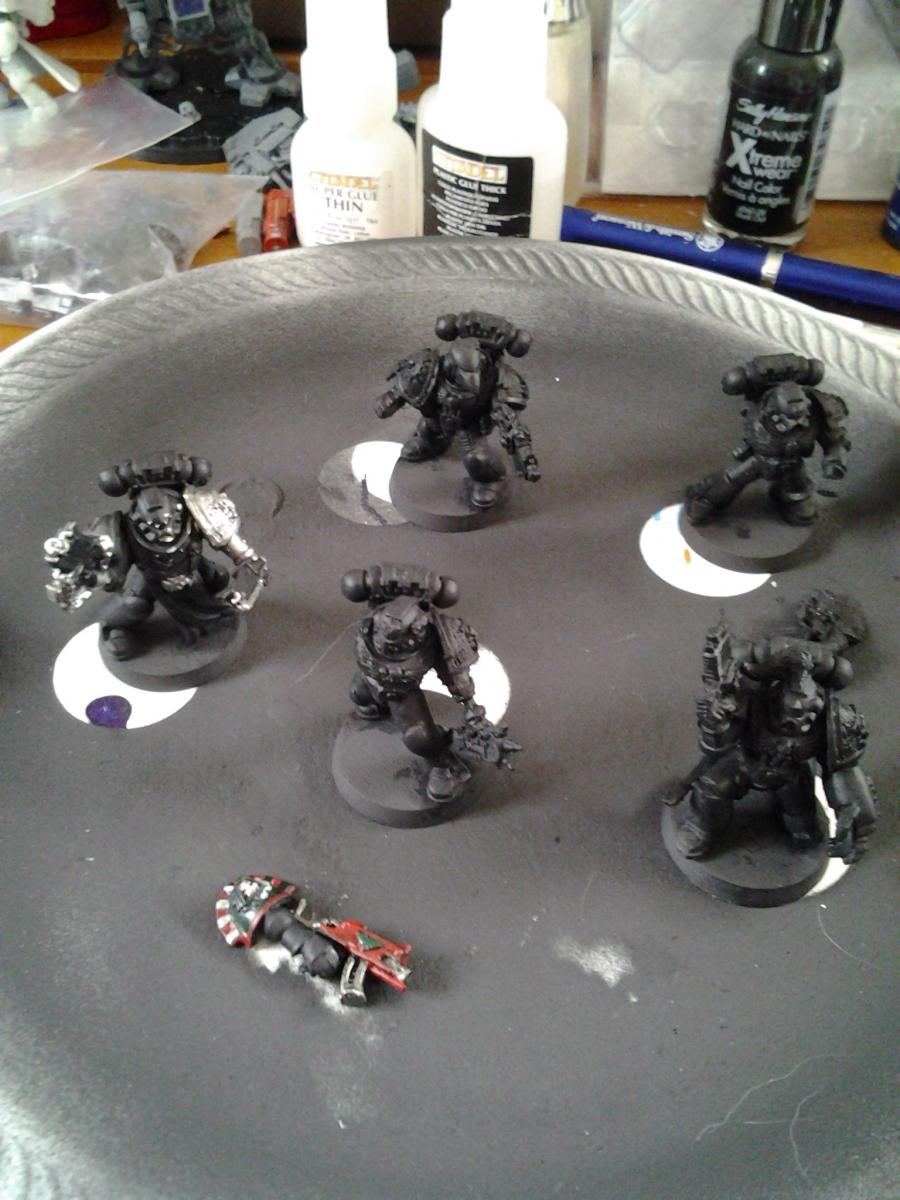 Next, the arm for my Dark Angels Techmarine. I'm not sure I like the way the cog came out. Its supposed to be half black and half white, with the teeth alternating between the cog on the pad, and the outer edge of the pad itself. I also went with an older pattern bolter rather than the standard DW bolter, in my mind, a Techmarine would have spent years "tweaking" his weapon to be exactly as he wanted...

The previously mentioned Black Templar. I used the BT bolter because I like the chained weapon aspect of the BTs. And he gets a chainsword mostly just as flavor (although all the Warrior Acolytes have one as standard IIRC). He has actually had more paint since I took this pic. I painted the tabard Codex Grey, and will be using several thinned coats of white to build up to a sufficiently white cloth look.

Next, some WIP shots of the Space Wolf Sgt. as well as some finished shots. (He got the head-of-line privaleges so he could be my entry into the SW AoD contest...) I've only recently began using edge highlighting (black may not be the best color to start with) as well as water transfers, I think I need to invest in some matte varnish to tone done the reflection of the transfers... 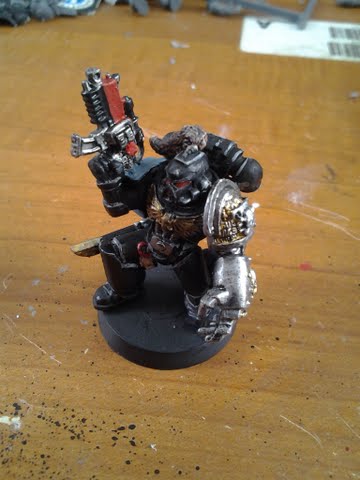 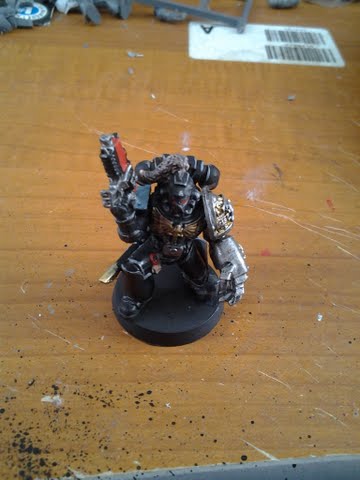 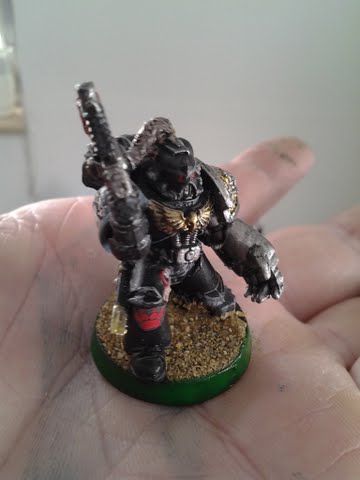 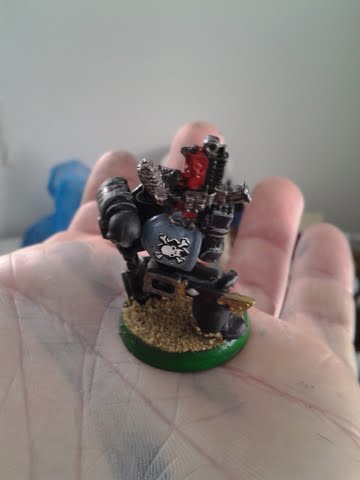 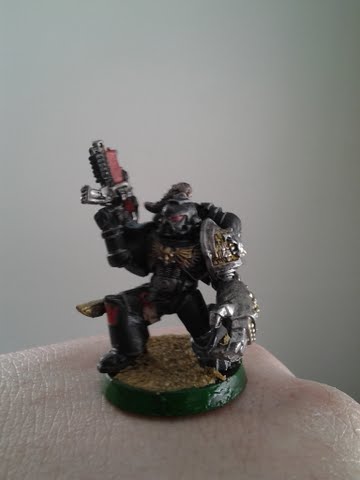 Hopefully I can put the spurs to it in the next few weeks and finish this in time.

So, after having a day off yesterday and getting up a bit early today, I have more photos to post. This time, of my kitbashed Inquisitor Coteaz. (I often buy ridiculous amounts of other peoples discarded bits lots on ebay for cheap, so I have been beating up my bits box to find enough parts for this LPC vow.)

In my opinion, the defining characteristics of Inquisitor Coteaz are: 1) Gold armor (easily enough done later on), 2) a Hammer, 3) a bird, 4) and fur. 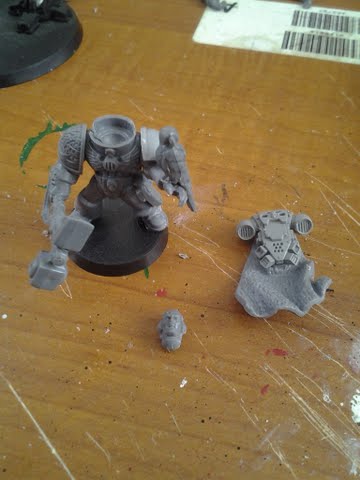 A closer shot, with hammer, bird and bolt pistol (bird is from the WFB Bretonnian knights)... 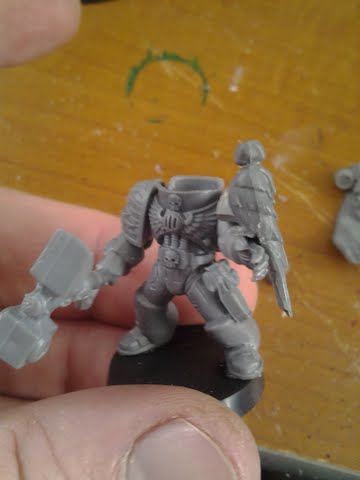 The fur cloak and backpack (cloak from WFB Empire knights)... 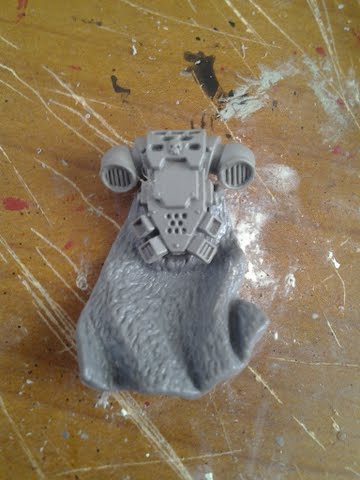 And his bald head, (and the only un-helmeted power-armored mini in my collection)... 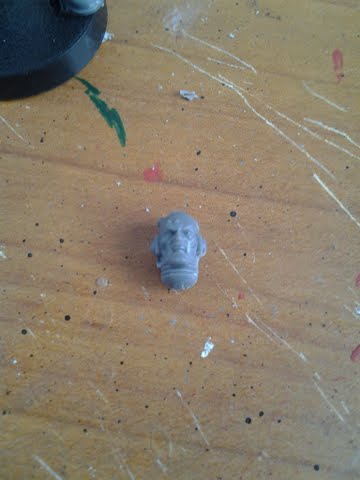 Hopefully, this weekend will see some primer and paint on this guy, as well as the rest of the DW killteam.