Soooo ... this is my first LPC

With a 6 month old, time is a premium, BUT I think I can squeeze out a tank in three months ... two and a half months ...

Needless to say, most of the tank is ready for priming:

This shot is of the son-to-be HB sponson magnets as I plan to make them interchangeable with LC sponsons and regular doors:

Yep, it can also be a Rhino. At least that's the plan. For the LPC though I'm focusing on it being a Predator. Nothing too flashy and all the parts are not ready yet (smoke launchers, hull hatches, bitz, etc.)

And although not on the LPC vow, I'm still excited about it:

Looking forward to seeing what you can do Race.

Lo, there do I see my fallen kinsmen, Threads cut by the foe I now seek. In bloody battle I will engage him, And carve my vengeance from his flesh. No ale shall pass my lips, At no feast will I indulge. No foe shall stay my wrath, Until my brothers are avenged. Ever shall I hunt my quarry, Across the Sea of Stars. Whilst I yet breathe, I will not falter, Until Morkai claims his due.--Bjorn's Oath of the Lone Wolf

hey Race Bannon, great work, love all the forgeworld parts on the Predator. ~smiles~ and the Tempest is EPIC!!! take a look at my thread, theres something you should see. ~winks~ the Tsunami pattern Landspeeder, and my own invention back in 2005. enjoy and i will of course be checking back often to see your progress. good luck in 2012 my friend. see you online soon.

Ooh, is that the MkIVc from forgeworld? how does the turret compare to the normal one?

Ooh, is that the MkIVc from forgeworld? how does the turret compare to the normal one?

It seems more sleek to me. What I thought odd was that it came with LC barrels and to my pleasant surprise they were reasonably straight ... but not straight enough. I did the hot water thing and just couldn't get it right. So I took spare plastic barrels and had to do some chopping to make them level. The LC sponsons have a power supply on the inside of the weapon too!

Overall though, it was worth the price.

Pics incoming after some initial work.

QUOTE
We can basically infer that Corax spent the rest of the Heresy roaming from world to world, brutally obliterating as many traitors as was inhumanly possible, with a thirst for vengeance that even Dr. Phil would need several commercial breaks to deal with. That's gonna take some serious gear, a lot of pent up anger, and an oil change at the very least. 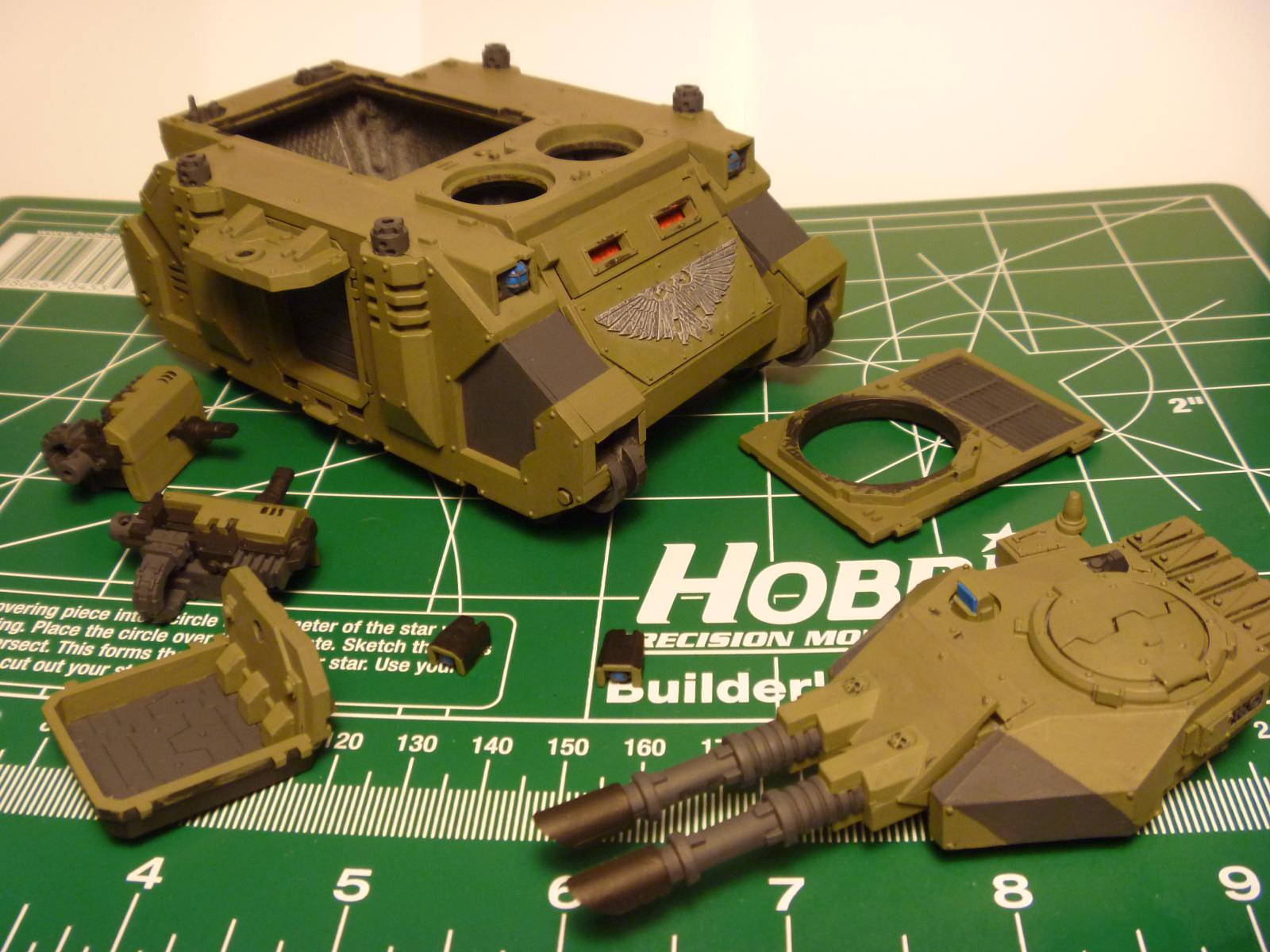 Clearly, all the parts are not present (the hatches, tracks) and due to time constraints I will have to focus on the Brigand itself. I should have the tracks on by the end of the coming week. Decals and details by the end of the following week. Wash on the third. I should make this LPC.

Although not apart of the LPC ... a teaser of a side project: 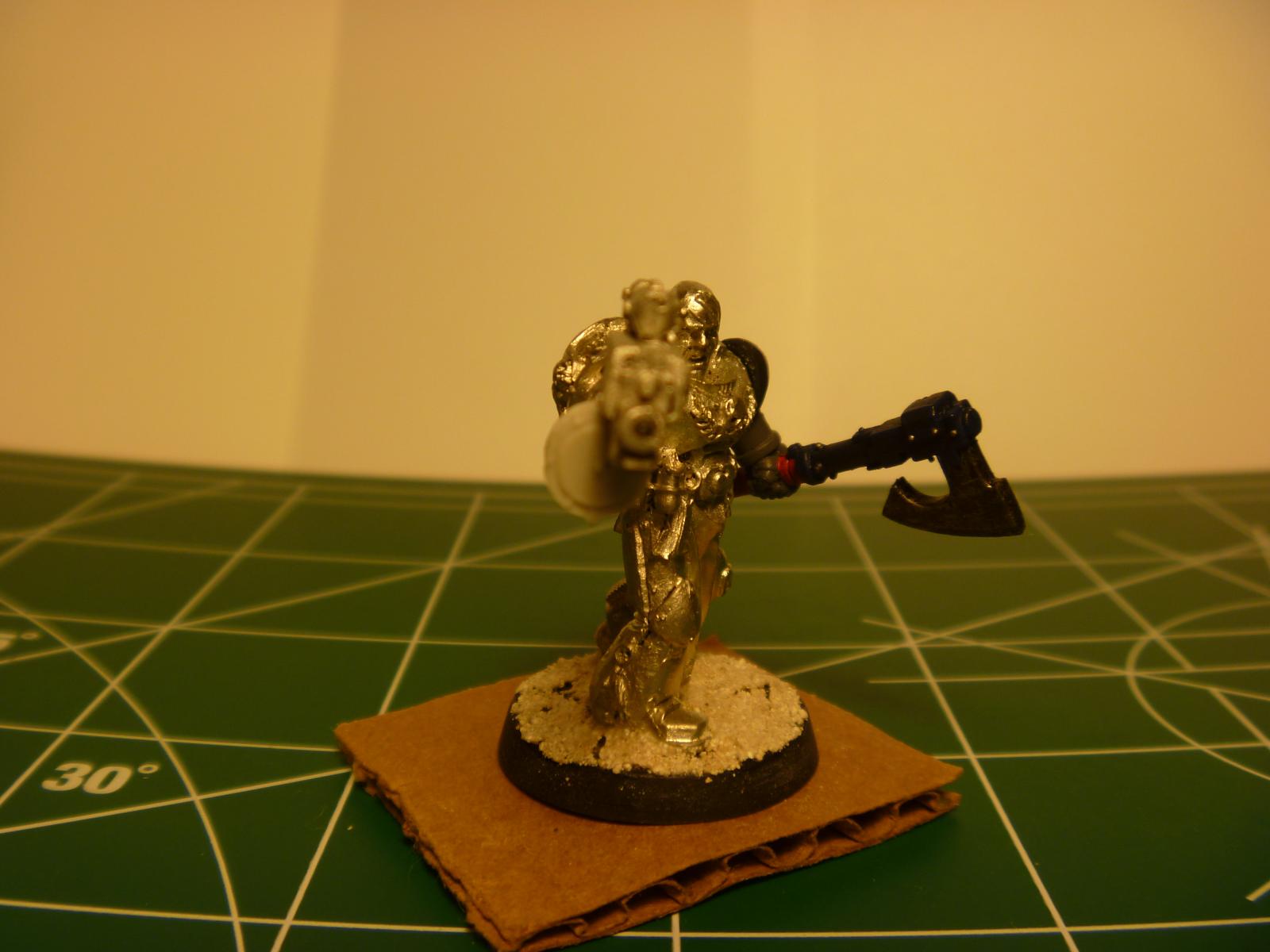 That's right! This vow is complete and ahead of schedule. It turns out I was able to do more with the time I had. 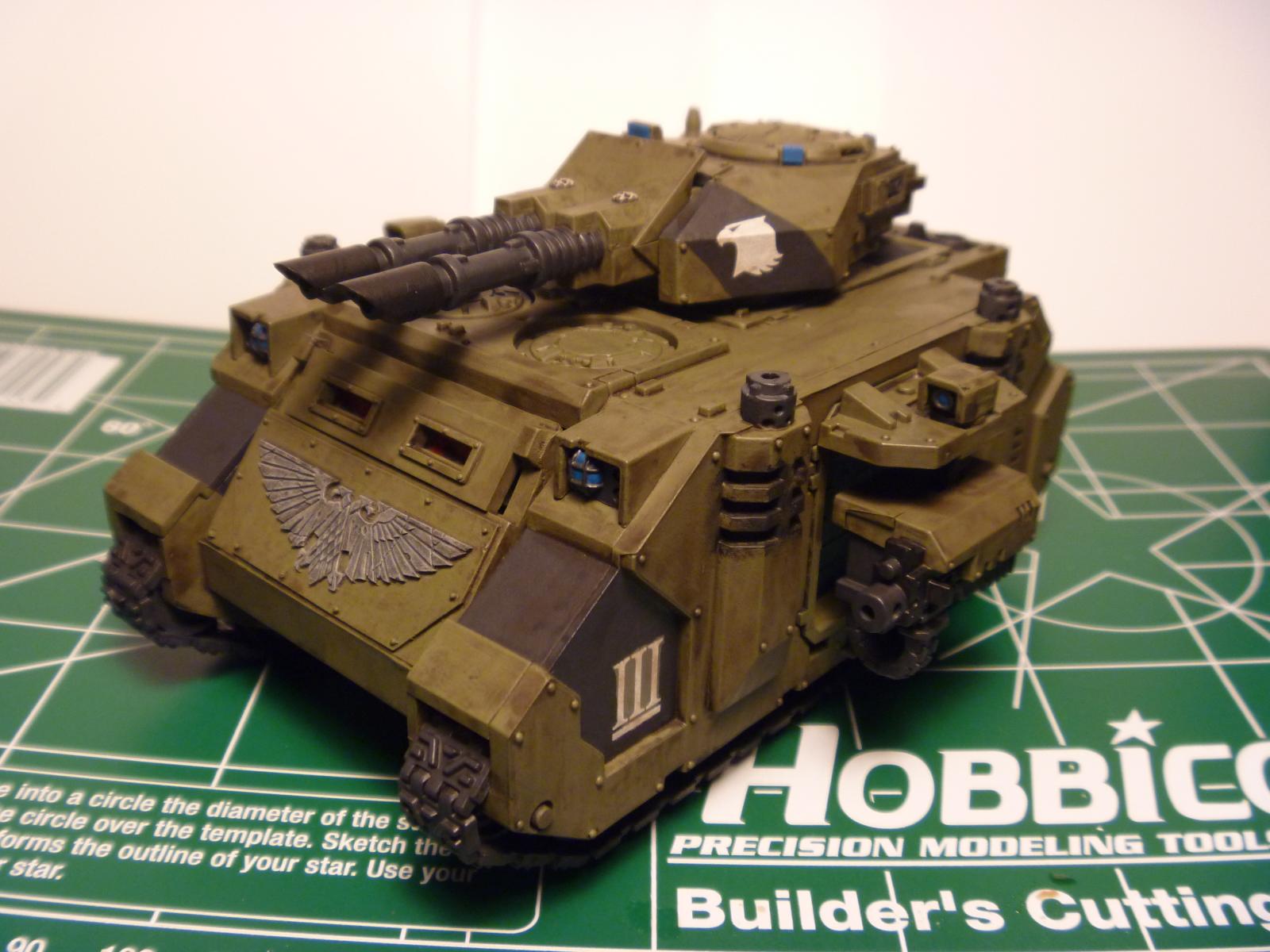 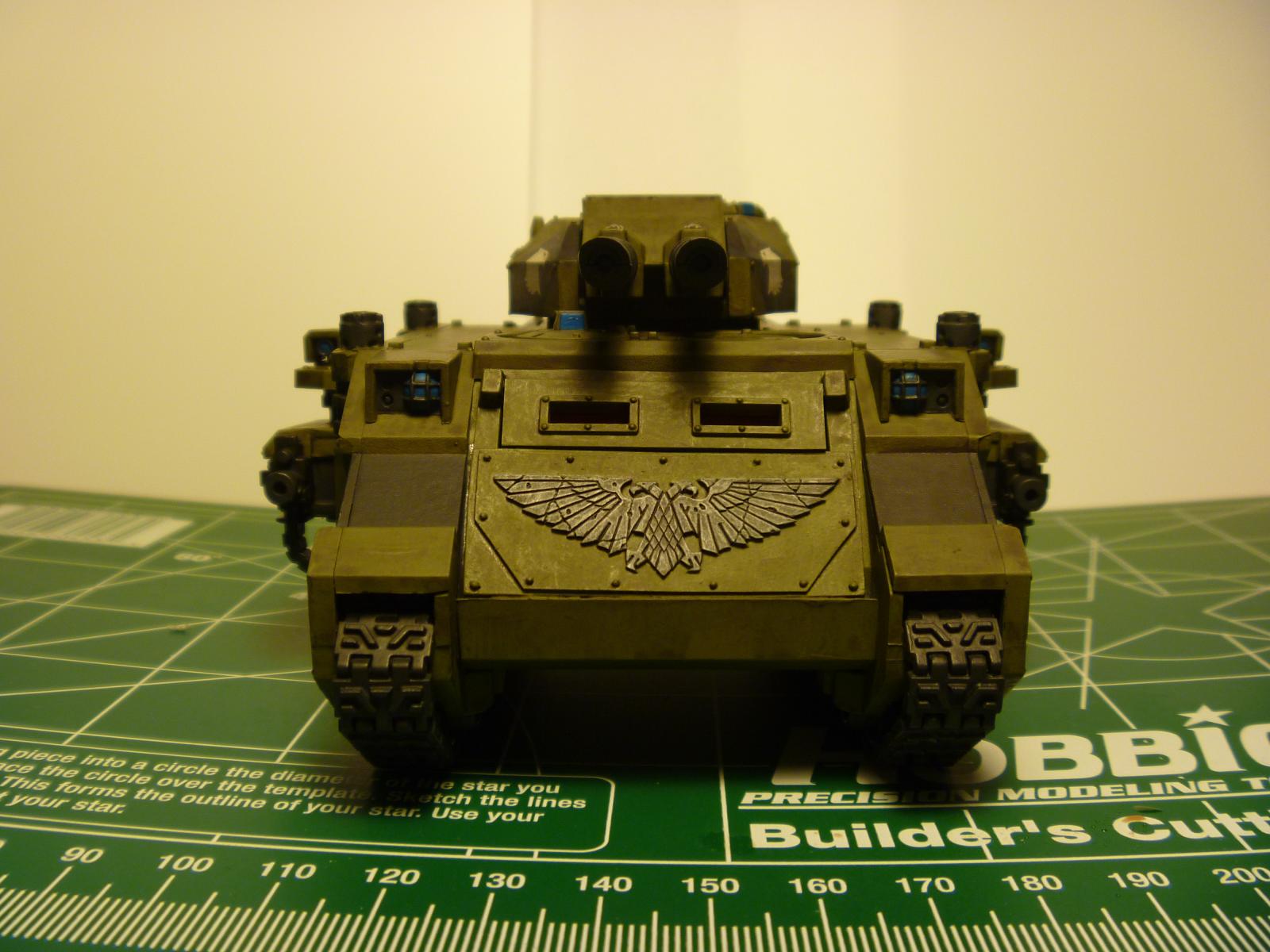 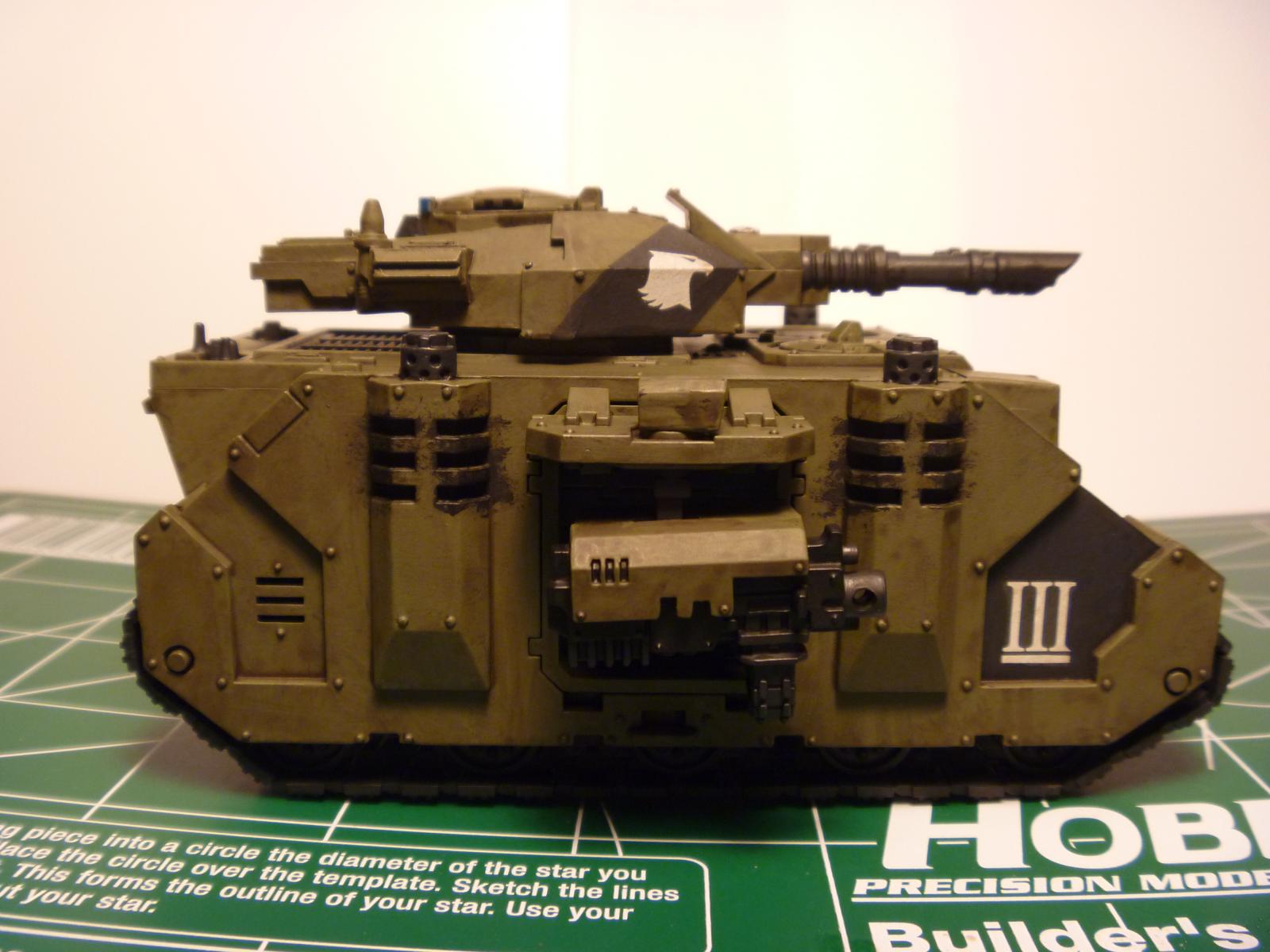 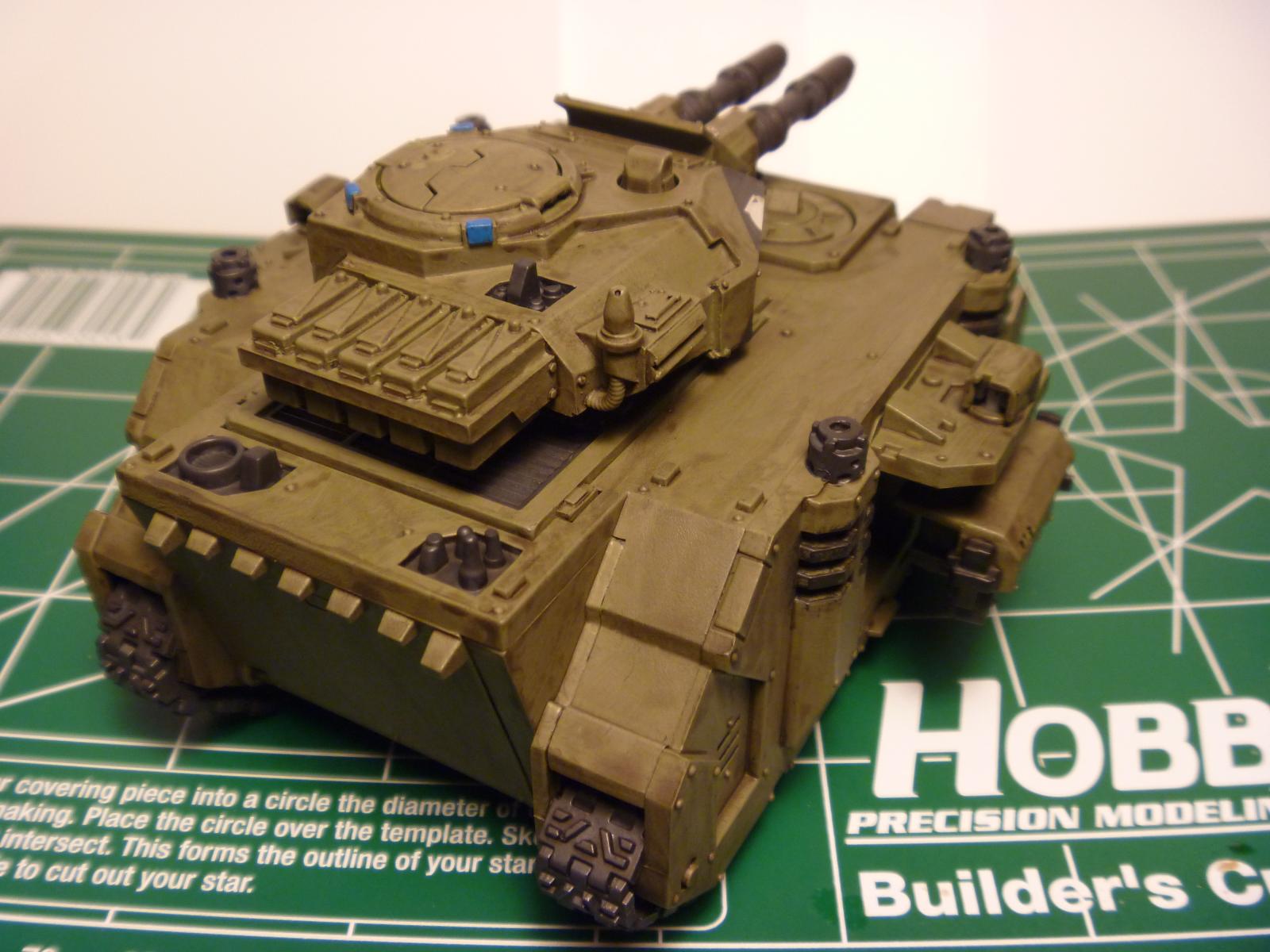 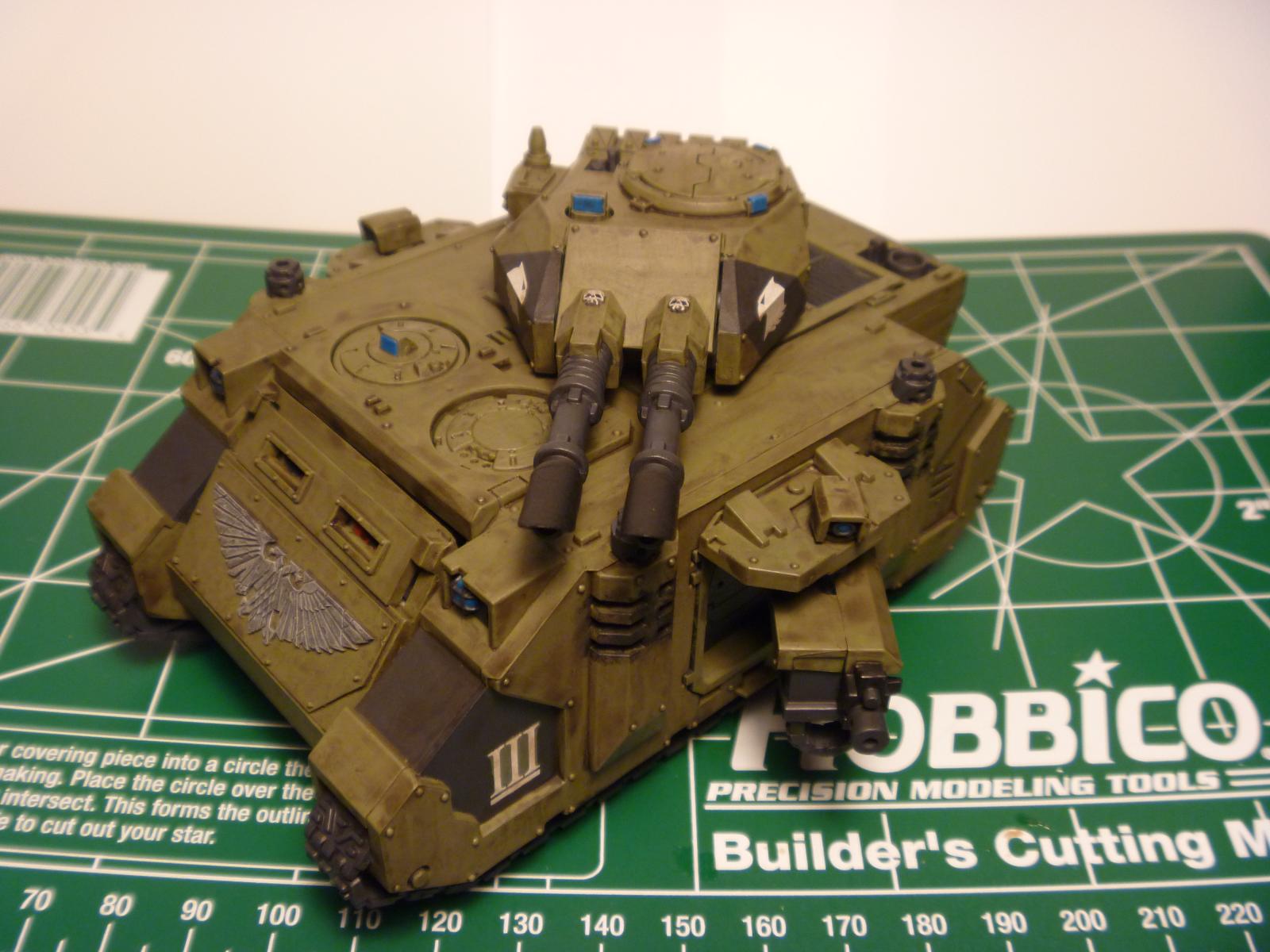 And as the sponsons are magnetized, if I don;t use a Predator, then I have another Rhino chassis! 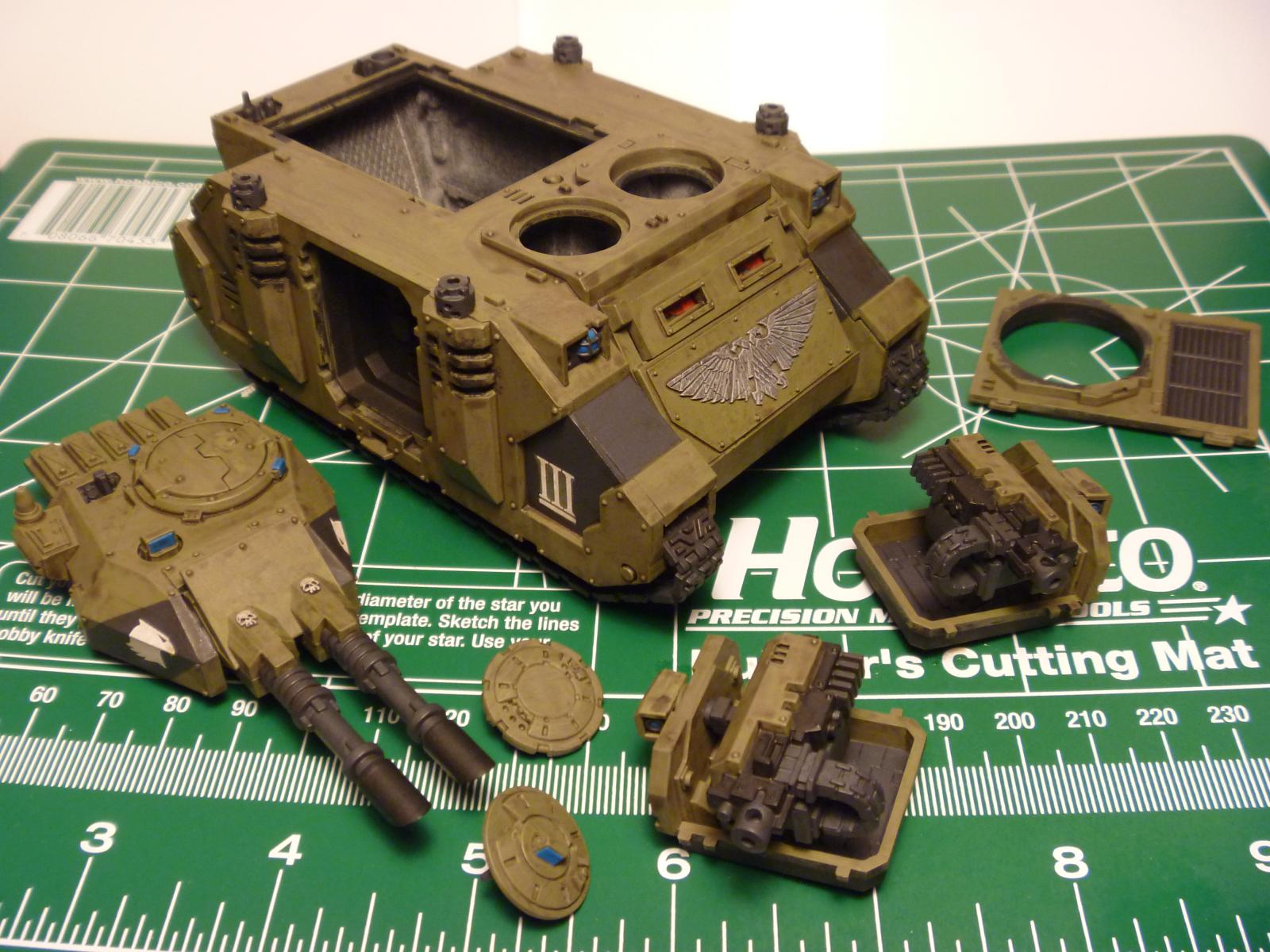 As is obvious, this tank has been assigned to Captain Orelius' 3rd Company. I really debated adding more to the model (brass aquilas, honors of various kinds, etc.) but decided that the Raptors - although Space Marines - are more pragmatic than most. Aaaand one of my Raptor's Rules is "tabletop quality". I'm happy with the result above for that reason.

Admittedly, I'm trying to make "packages" with my tanks. My first Razorback also had a Rhino top hatch and various cupola mounts made to accommodate various uses out of one hull. I want to do the same with this hull but decided to focus on the goal to have a Predator built.

The "Brigand" is a derivative from the concept that the AC turret/LC sponson version is sometimes referred as the "Marauder" (from pre-lawsuit Battletech). So, it's counterpart needed a name similar. Meh, it'll do for me as well.

SO, no LPC. Maybe my own? Over the next three months I'll work on a demi-squad of Tactical Terminator Marines with Assault Cannon.

Well done! I love the front.