Hi Guys here is my vow

I, Brother Maxwell of the Blood Angels, vow on the honour of my Chapter to paint and present at least 1 DC Dreadnought, 1 Sanguinary Priest, and 5 Assault Marines on or before the 31st of March, 2012. I promise to provide at least two WIP updates, preferably with pictures, in that time. I vow that if I should fail, I will provide the Librarium with an article and wear the Signature of Shame until my penitence period is done.

I've got my dreadnought and an old metal sang priest which I will strip and add a jet pack. The 5 assault marines I need to buy, hopefully at cancon xD 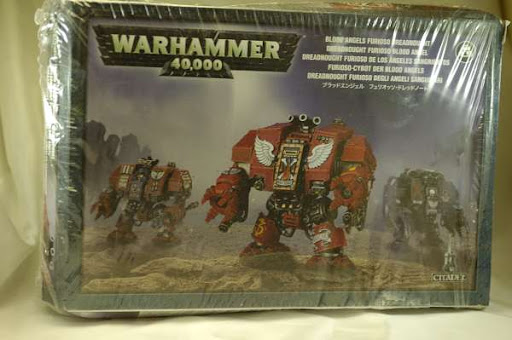 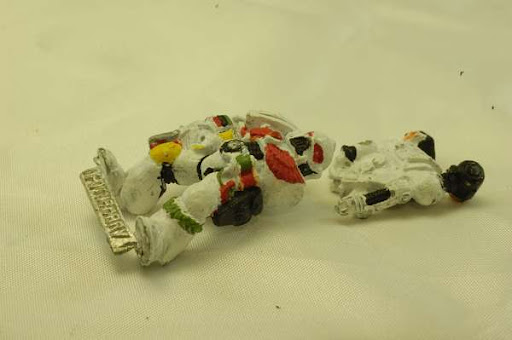 You're gunna have to give him a proper soaking, brother.

Good luck with your vow.

Heh yer he's in the soaker now, some acetone free nail polish remover. I'll leave him there overnight and give him a scrub tomorrow.

So while that's going on I'll post up some funny guys from when I first started collecting but stopped round 1998...

I was playing 40k back in 1996 I was pretty young and a hopeless painter, then stopped (2nd Edn). Decided to come back last year. Here are some funny photos: boxsets and old miniatures. 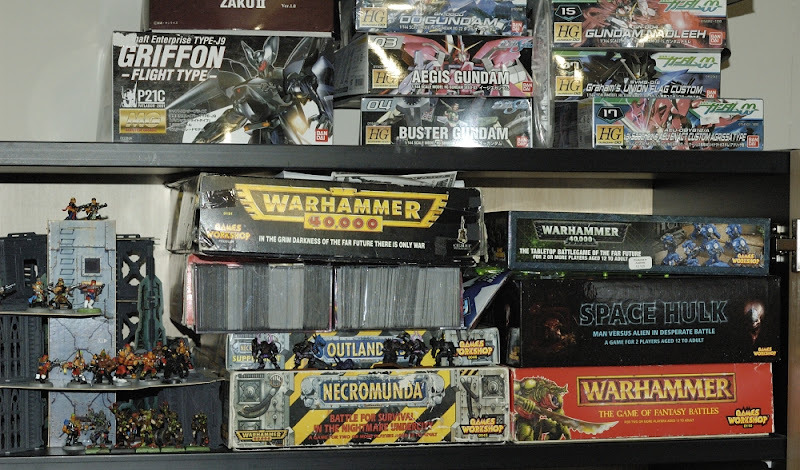 Sergeant from the 2nd edn boxset. 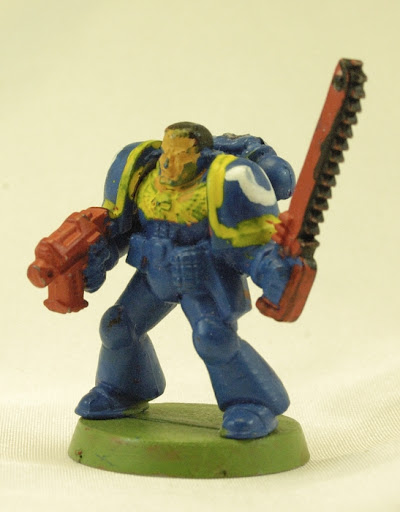 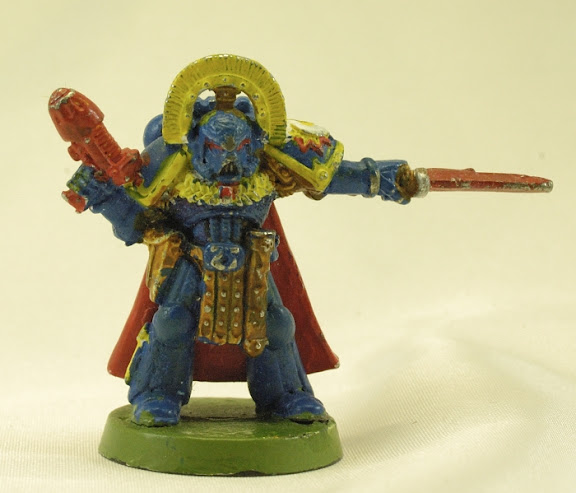 My awesome dev with some plastic bits from old warships haha 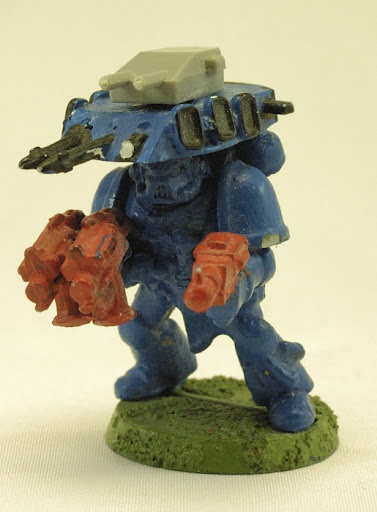 Towards the end of last year, round September I got myself the battleforce and codex and by end of december managed to finish assembling them and painting them!!! I'm so happy! They are good enough for tabletop but I need to add finishing detail. I'll upload the DC later I forgot to take photos heh. 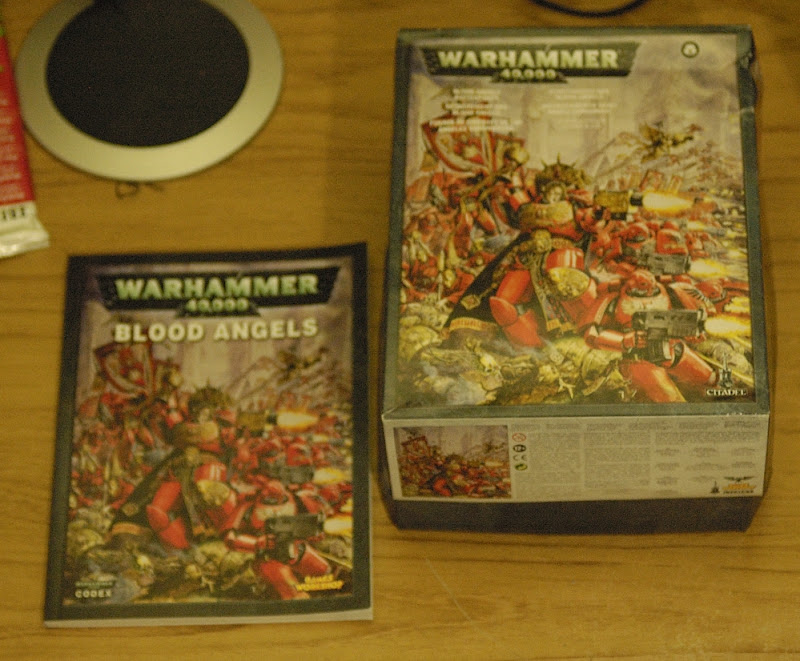 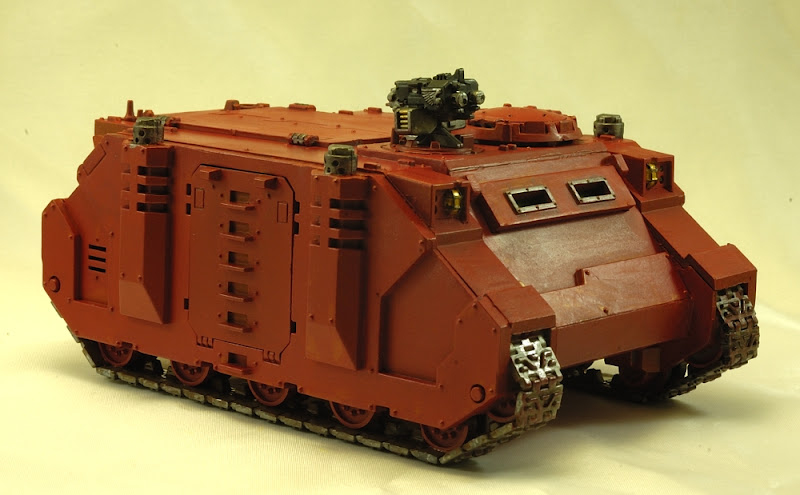 Paintings come on a fair bit too

Baals. Every BA player should have a pair.

Nice stuff matey! Seems that you've finally gotten around to buy that Furioso! Such a great kit.
Great looking minis as well. I especially like the MM conversion on the Tactical Marine! Excited to see them finished.

My 2nd Company Blood Angels
WE ARE BLOODIED, BLOODIED YET UNBOWED!

What a blast from the past! great work and glad to see a returning player.

Thanks for the compliment guys

@Snorri: The Furioso kit is awesome! After I assembled it, I wanted to go out and buy another two to make different ones

and I went a little overboard with the magnets... Magnetised the hands, waist but i was a bit dumb and magnetised the feet too... but since doing that it can't really stand properly the ankles are too weak to be magnetised so i think i'll just glue it heh. I'm glad you noticed the MM didn't know if it looked weird or not heh ><;

@Marshal Sampson: heh are you a gundam collector too? I just got my first RG couple of days ago (Zaku II Char Custom), it looks so good! I reckon the Gundam Zero from Endless Waltz makes a good Blood Angel's Titan haha.

A quick update on my slow progress:

The sanguinary priest is stripped, thinking how i should modify it for jet pack.

The Dreadnought is assembled, base coated and magnetised... 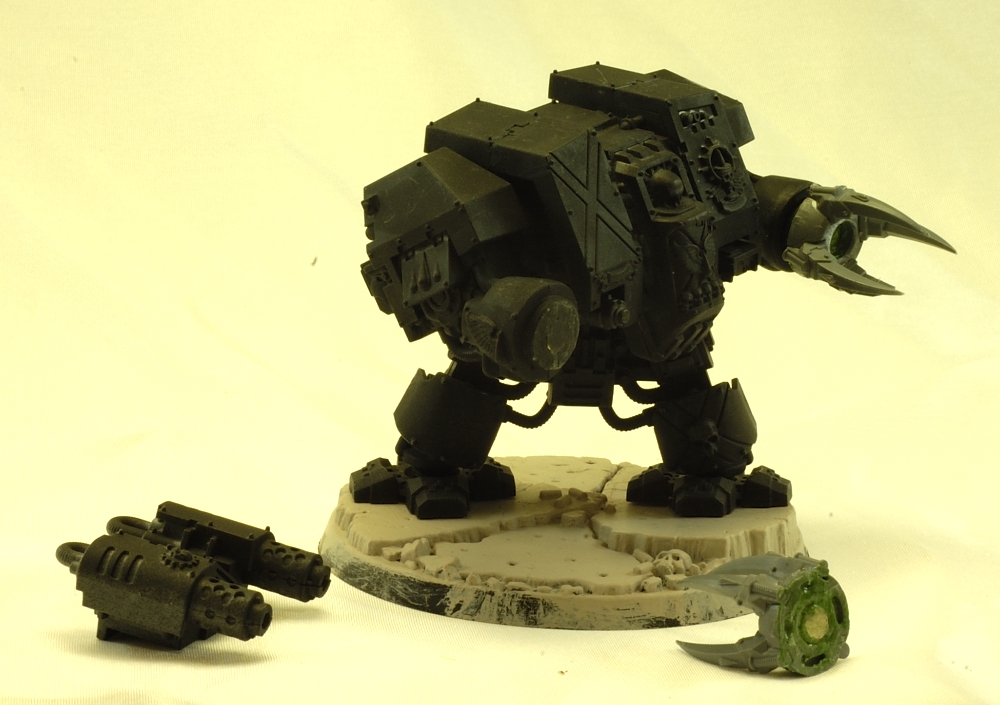 nice to see the old box sets and history

always fun to show how far your painting still have grown

Il have to say though, i like your more recent pictures alot more

really liking teh DC so far! Can't wait to see the Dread.

Thank you Topper. I can kill again. You've given me a reason to live". "War...It's Fantastic

heh been so busy with new years and all, been going so slow, finally finished the dreadnought though and bought myself a pack of dc for my assault squad. LPC Update. 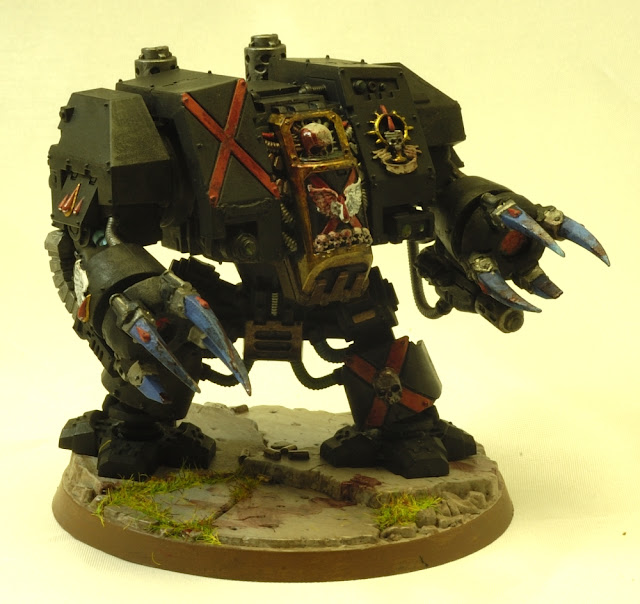 it's all coming together. I like looking at my BA army, although small, makes me teary. xD Won 3 small games with them as well among friends.

@I am Legion - Thanks mate, the DC kit is so good, has so many parts, I just bought another box gonna combine them with some old RAS I have to salvage. I kinda rushed the dread (It's so cool!!!!), and attempted a gradient effect on the talons (first try at gradients), I reckon it looked pretty good

Well it's been a while since an update and I have since started on my sanguinary priest, and 5 members of my assault squad for the LPC.

Things are going very slowly but by this stage i'll meet the deadline! Lots of clean up to do with the front 3, eyes and helmets mainly plus i've been mucking around with highlighting

. The other two I haven't started yet... and i've got my jump packs to paint kekeke.

I bought a box of Death Company to be used as the assault squad; however I had some old plastic assault marines lying around (hand me downs from a mate); had to strip the paint and pull legs arms off etc but they turned out well (the two assault marines that aren't painted at the back). The sergeant at the front is an old metal model I've had since I was young (stripped and repainted). And I have another 5 assault marines assembled to make up 10; but i'll just concentrate on these 5 and the sang priest for the LPC heh.

Alright~ I've finished the LPC Vow some time ago but have been too busy painting and playing games!!!!!! And WARHAMMER 40K IS SO FUN xD we've got a small group of friends, 2 blood angels, 1 necron, 1 dark eldar, 2 tyranids and 1 chaos space marine player in our group... pretty diverse xD

Second pic shows the painting on my 2 Assault squad units with 2 meltaguns and 2 flamers (pic turned out bit blurry):

Third pic shows some wip for my baal and pred: 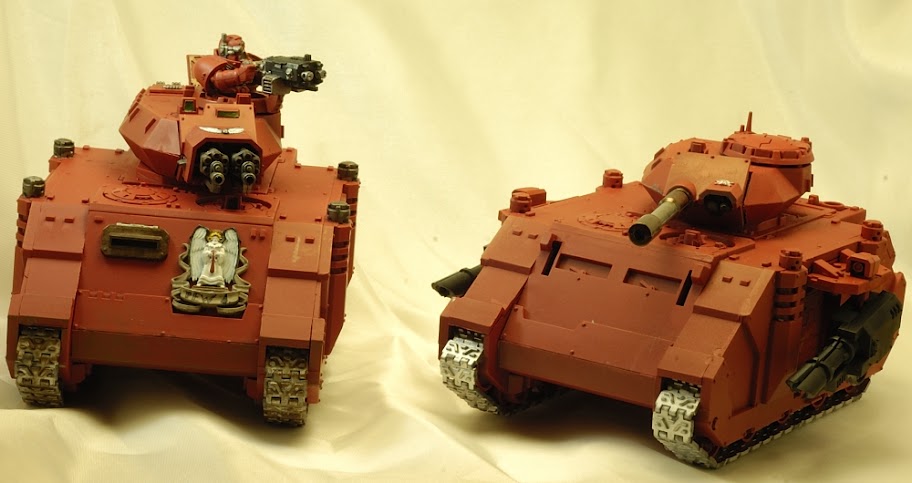 Congrats on completing your vow - you got quite a force there! That dread man... scary!

Just to avoid any confusion and to make the mods life easier I'd say report your completion to the official LPC thread here. All you need to do is make a new post stating you completed your vow and add a link to this WIP thread.

The furioso kit is so awesome, I need to get another one!

I forgot to write in the main thread ><; but I'll try remember next time heh