Here is the Chapter Champion with the latest focus on his power sword, starting with a boltgun/blue ink mix and the undercoat of the flashes. Combat shield is a cut down storm shield from the assault squad sprue. 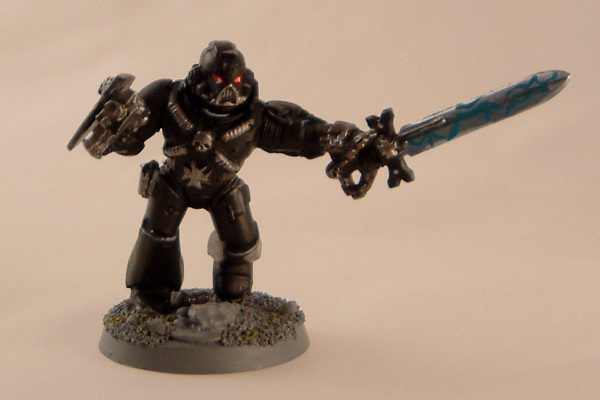 Next is the Command Squad Sergeant, with a power sword to match his Champion. Thanks to some magnets, he also has a power fist - just finishing the shoulder pad. 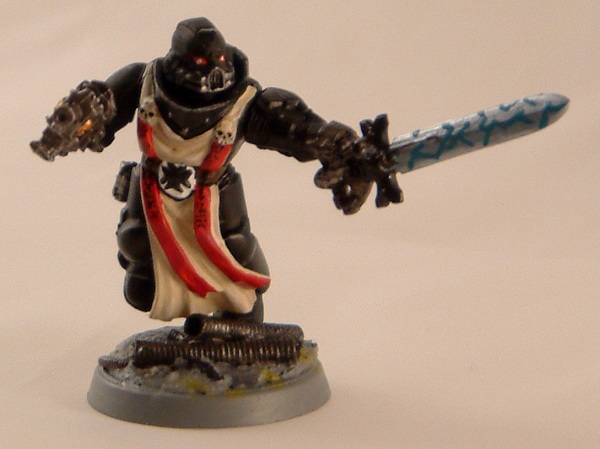 The Initiates have a long way to go - only the tabards undercoated and basecoated with Dehneb Stone so far. Not worthy of a pic.

Good luck with your vows.

Anyway back to your models ... I think u should try using the color u used for the lightning effects and then mix in a good dose of skull white and touch up parts of the lightning. It'll give it a better effect IMO.

I am planning the Command Squad for a Razorback load so far. Emphasis is on CCW, as I have other squads with meltas. I might expand to a Rhino crew later, in which case the two meltas would definitely be in - a serious BT advantage.

I also have a Chapter/Company Standard Bearer, but this is not really worth the points over a BP/CCW replacement.
Not that fond of storm shields for their points - a tank hull gives much better protection and value. Plus the separate Sword Bethren squad and a few other choice targets can readily dilute the firepower.

Sounds cool. Looking forward to seeing the rest of the squad form up

Next Update of the Command Squad: 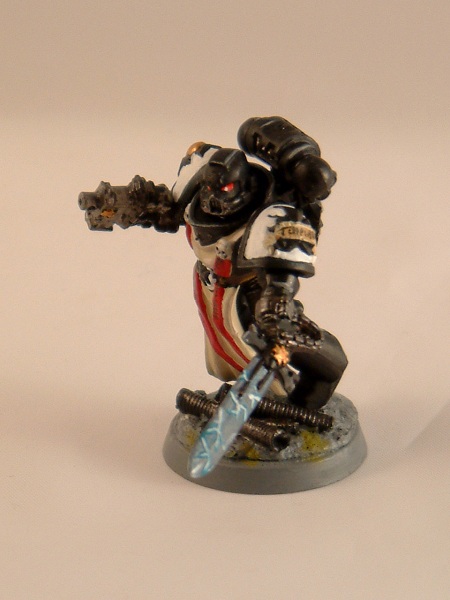 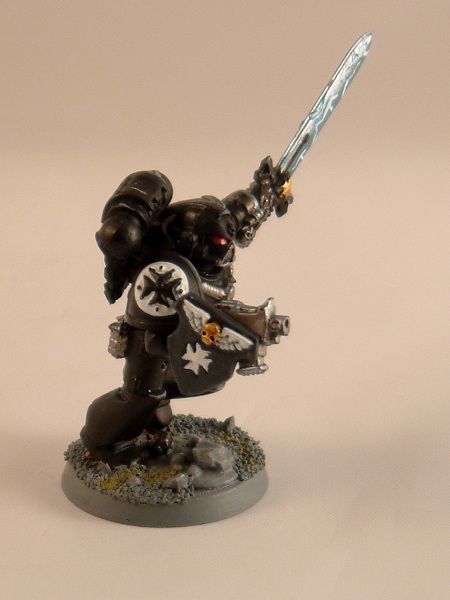 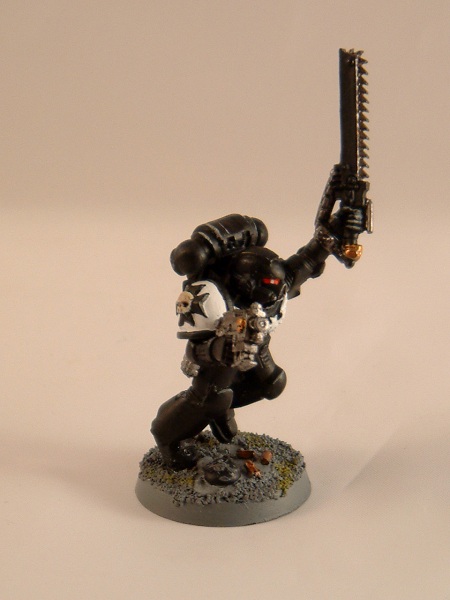 Second Initiate: a long way gto go on this one: 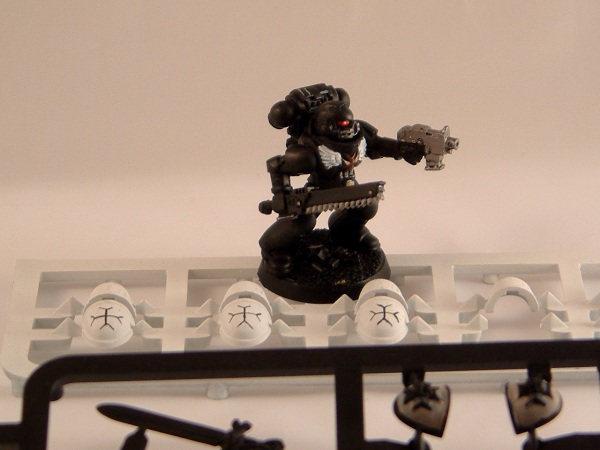 LPC vow completed! Here is the final Initiate all decorated up: 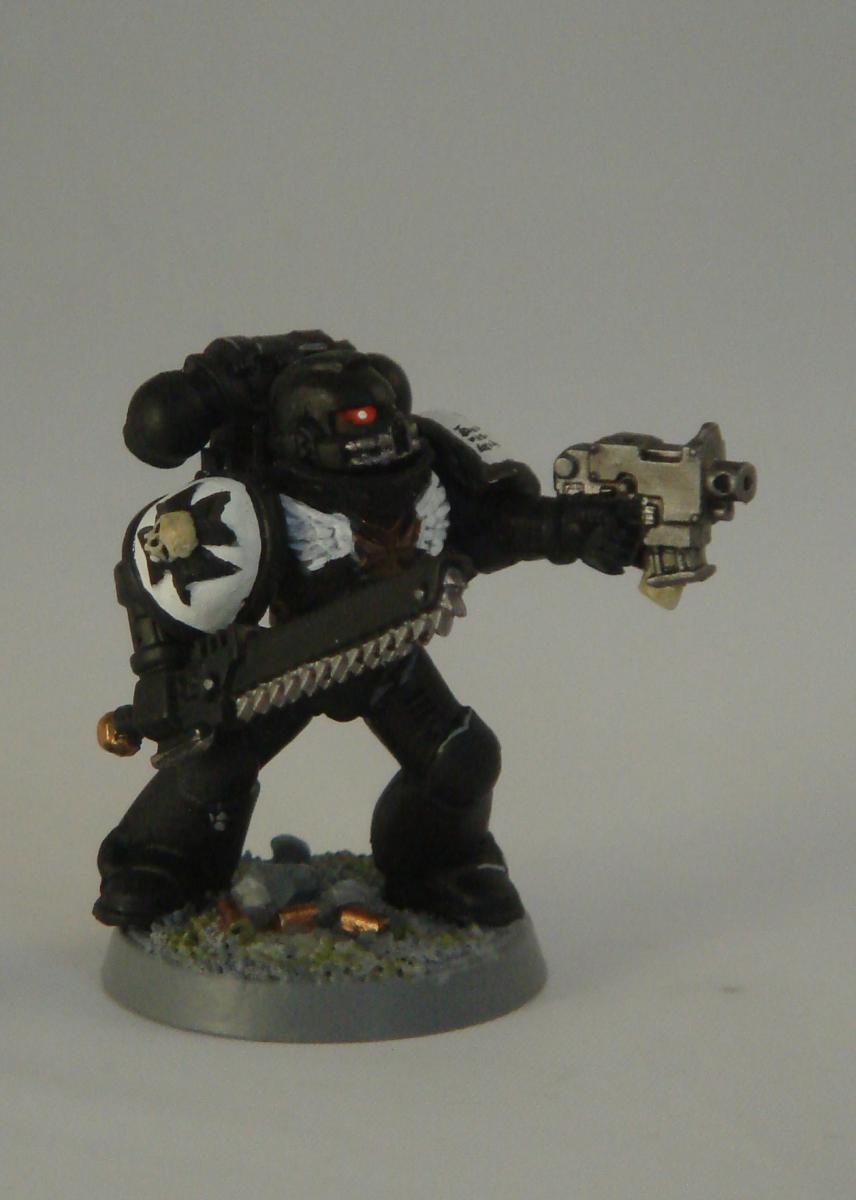 and the completed Black Templar sergeant with power sword. The banner is meant to be relatively plain, as I could not imagine an Initiate taking personal heraldry over his fellows. 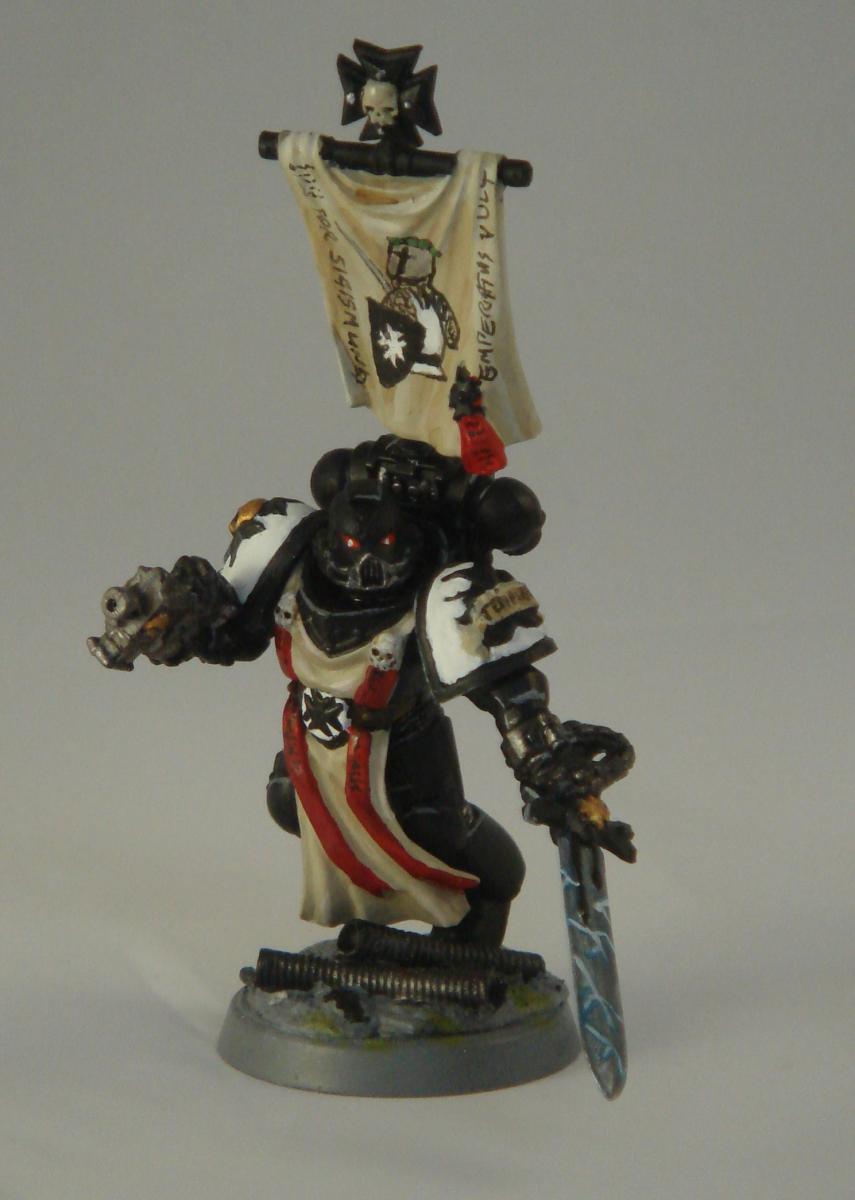 and assembling the four members of the Black Templar Command Squad for this vow: 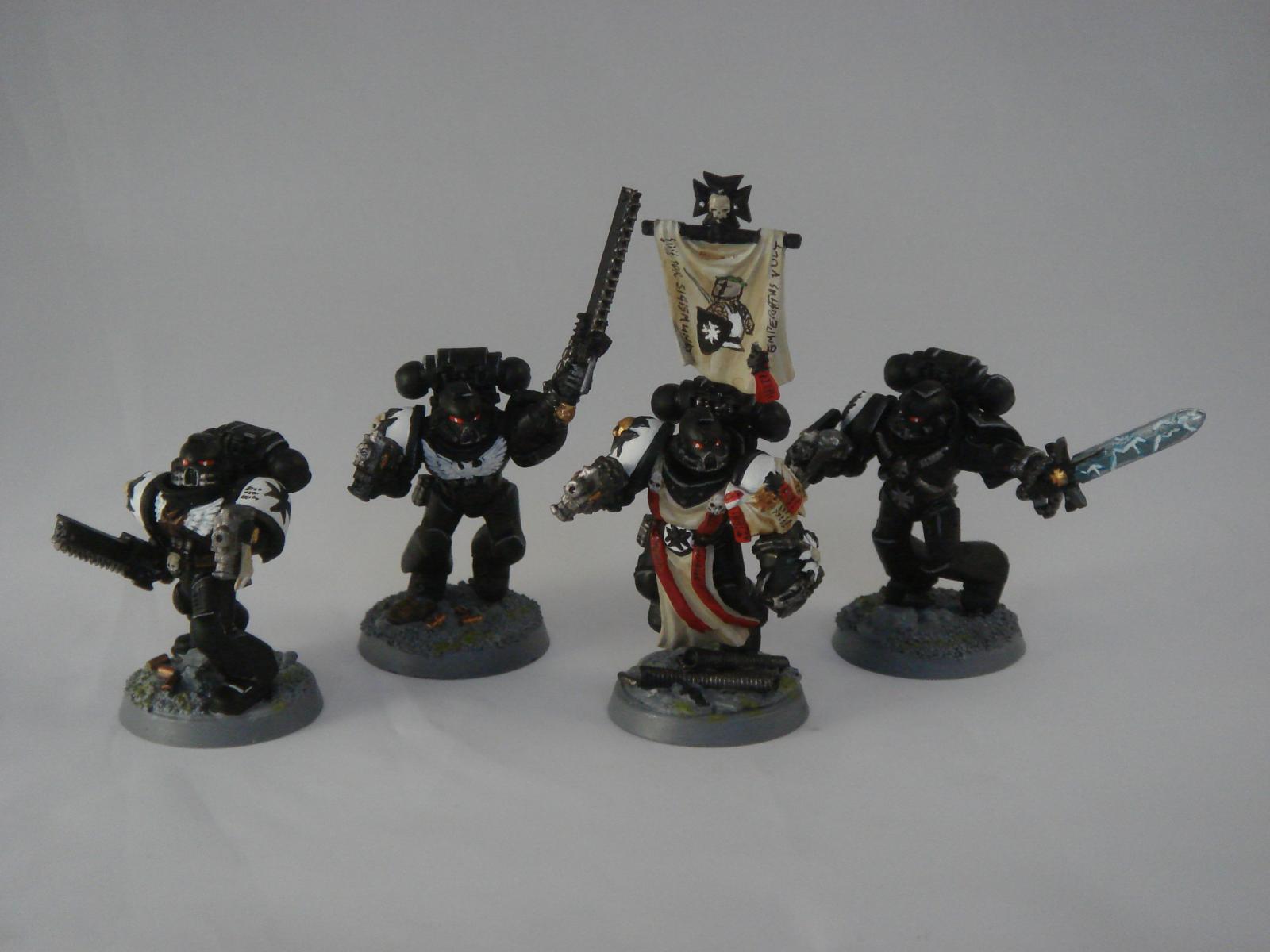 Now to put these guys in context, here is the full Command Squad and Castellan, with models finished last year. The Chapter Banner is just for parade, as he's not needed to load out a Razorback. 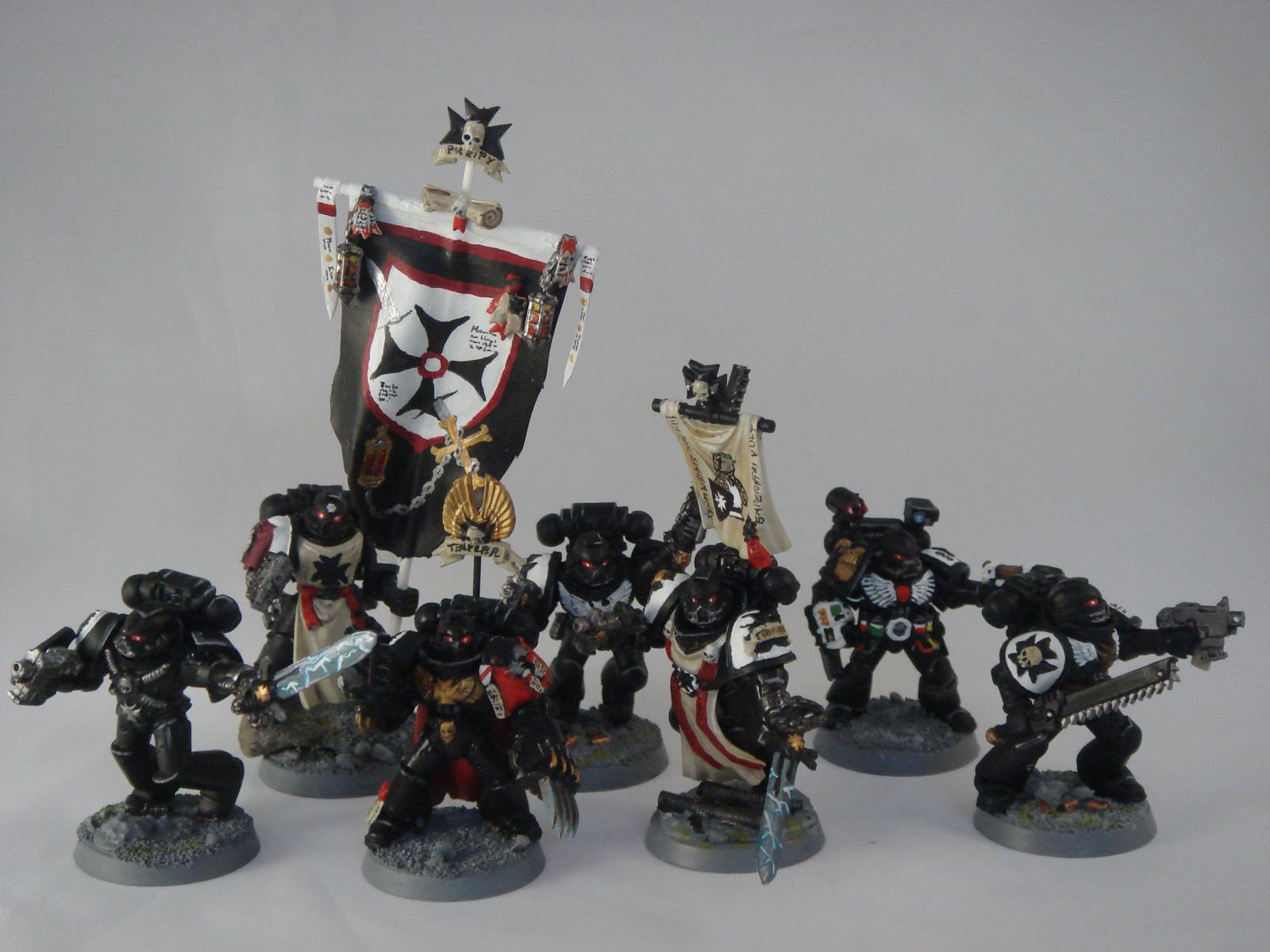 This was only a small group, but I will be away on a business trip for a few weeks and more would be getting ambitious. When I get back, it will be time to finish off the LRC that I started after Christmas.... fun, fun, fun!

Excellent work Brother, Your the only Black Templar to complete his vow yet. Great Job.