Hey guys, this is my first LPC and I chose to paint up my Champ and Marshal. I've haven't gotten around to painting them but I will find time this week. Here are the models thus far: 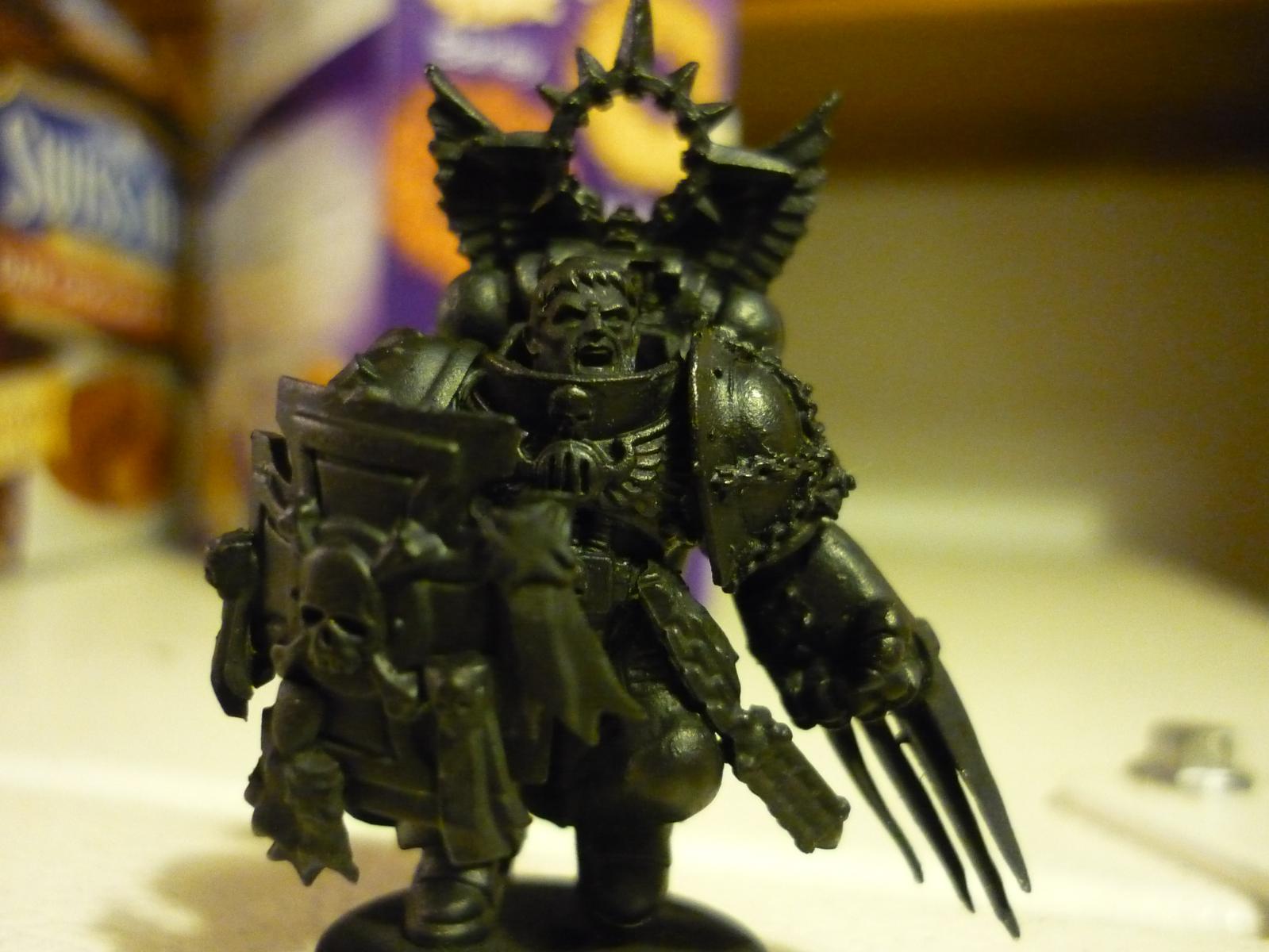 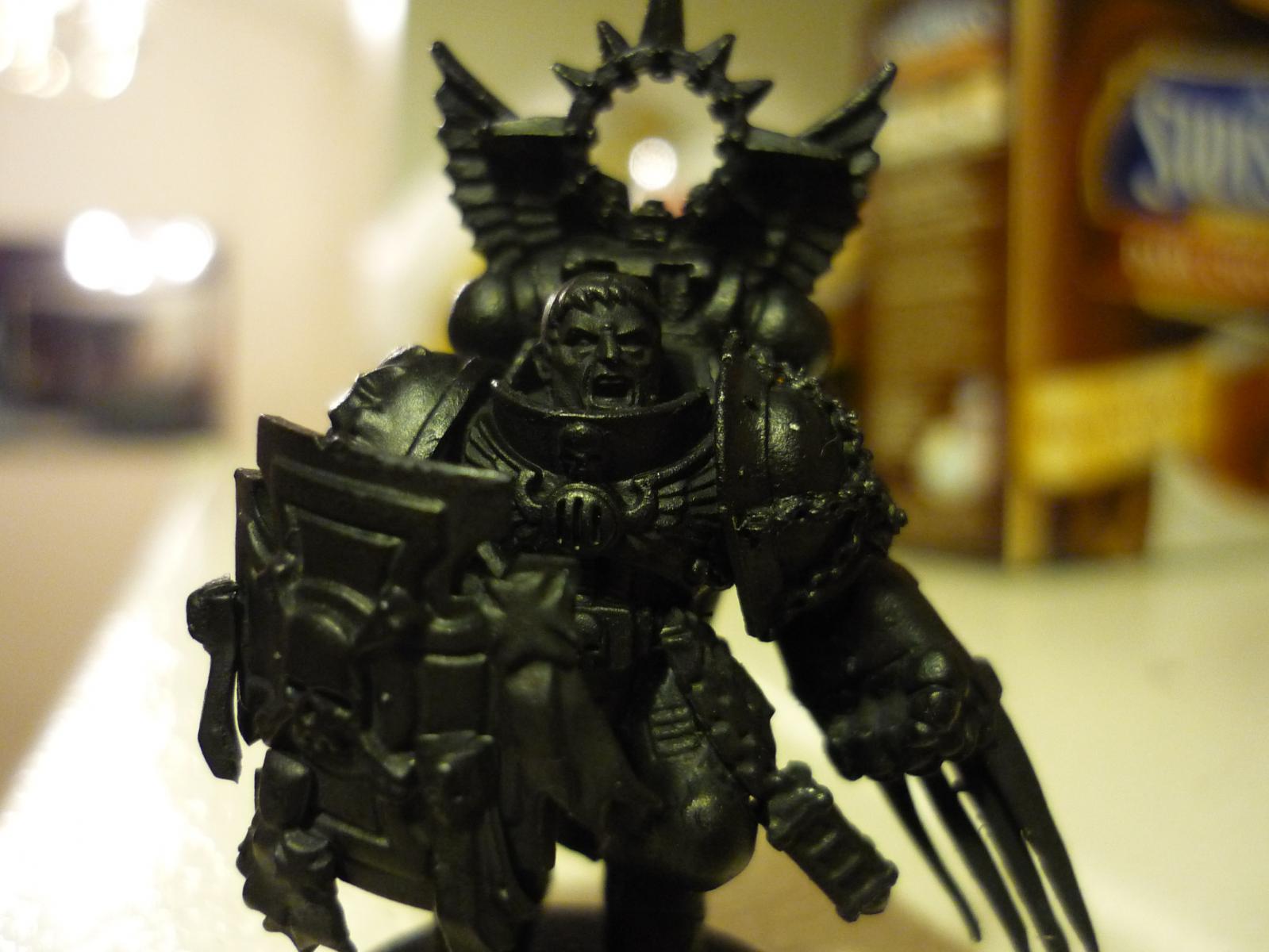 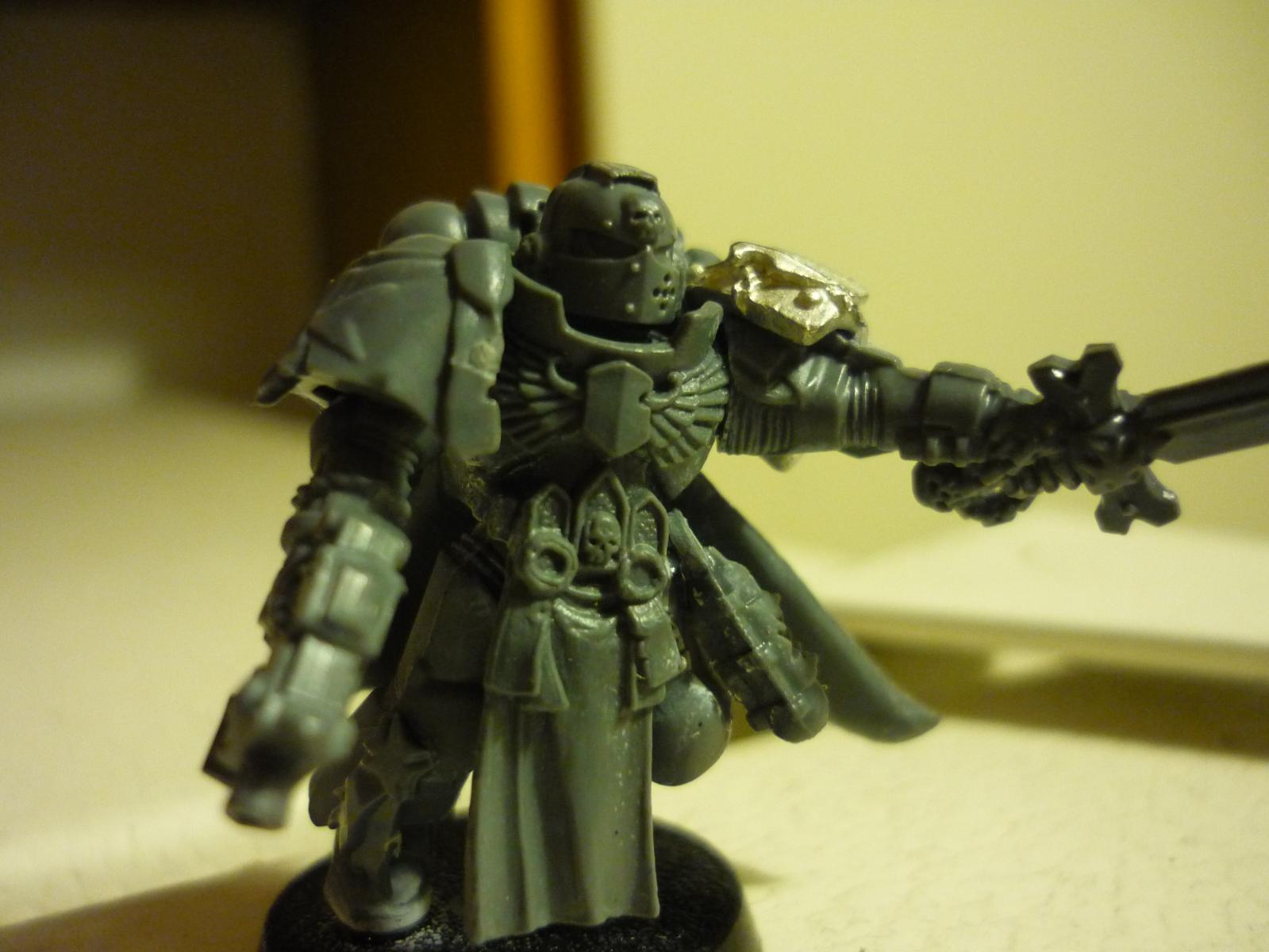 your marshal is looking great, man. good luck! i am personally coming very close to completing my lpc vow

i have spring break next week as well so hopefully my crusade will see a lot of painting done! i particularly like your marshal, did you use the left lightning claw from the sicarius model? and a right handed storm shield?? epic man, love the halo as well.

did you use the left lightning claw from the sicarius model? and a right handed storm shield?? epic man, love the halo as well.

Yep, that is Sicarius left claw. There aren't many models with a decent lighting claw and I was lucky to have had Sicarius lying around. The storm shield is from the Assault Terminator kit. I cut out the fist in the inside and glued the shield to a right handed boltgun arm. The backpack is from the Gabriel Seth model and the head from the Death Company kit.

fantasic model! can't wait to see some paint on em!

Ok, I've been swamped with homework and work but I've caught up with my Marshall and Emperor's Champion. I should be able to complete them by tomorrow afternoon (finally). There's some more touching up left to do but I'll get it done in no time. Now to the pics:


Marshall Torroja (I added a green tinge to his face due to fluff. I based my BT off the Knights of Lazarus. They're on a crusade against a Death Guard warband for devastating their numbers. The survivors show damage and effects from the Plague God's powers). I painted the left shoulderpad bronze as a relic reaching back to the Heresy era from the Imperial Fists. 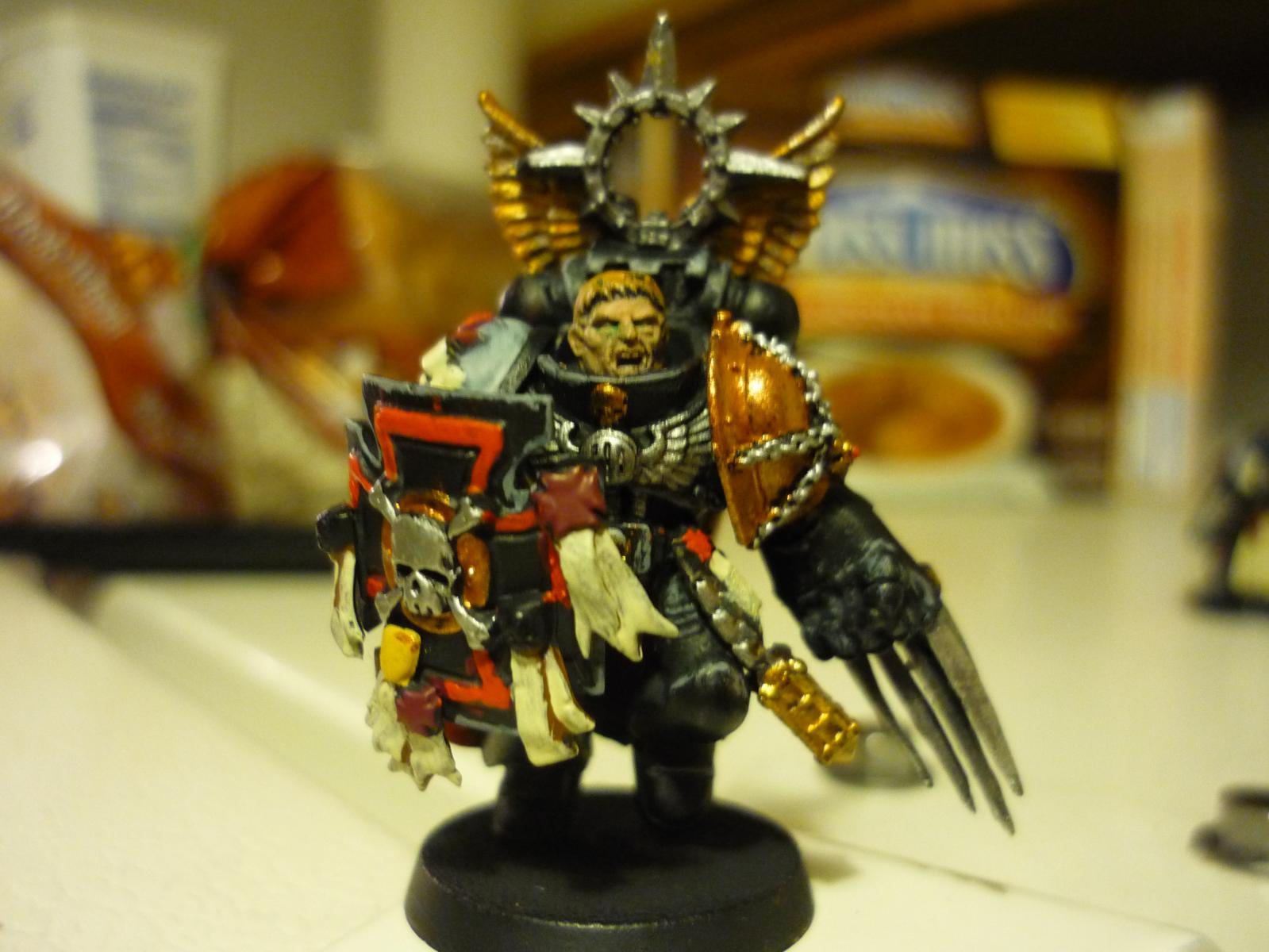 And my Emperor's Champion 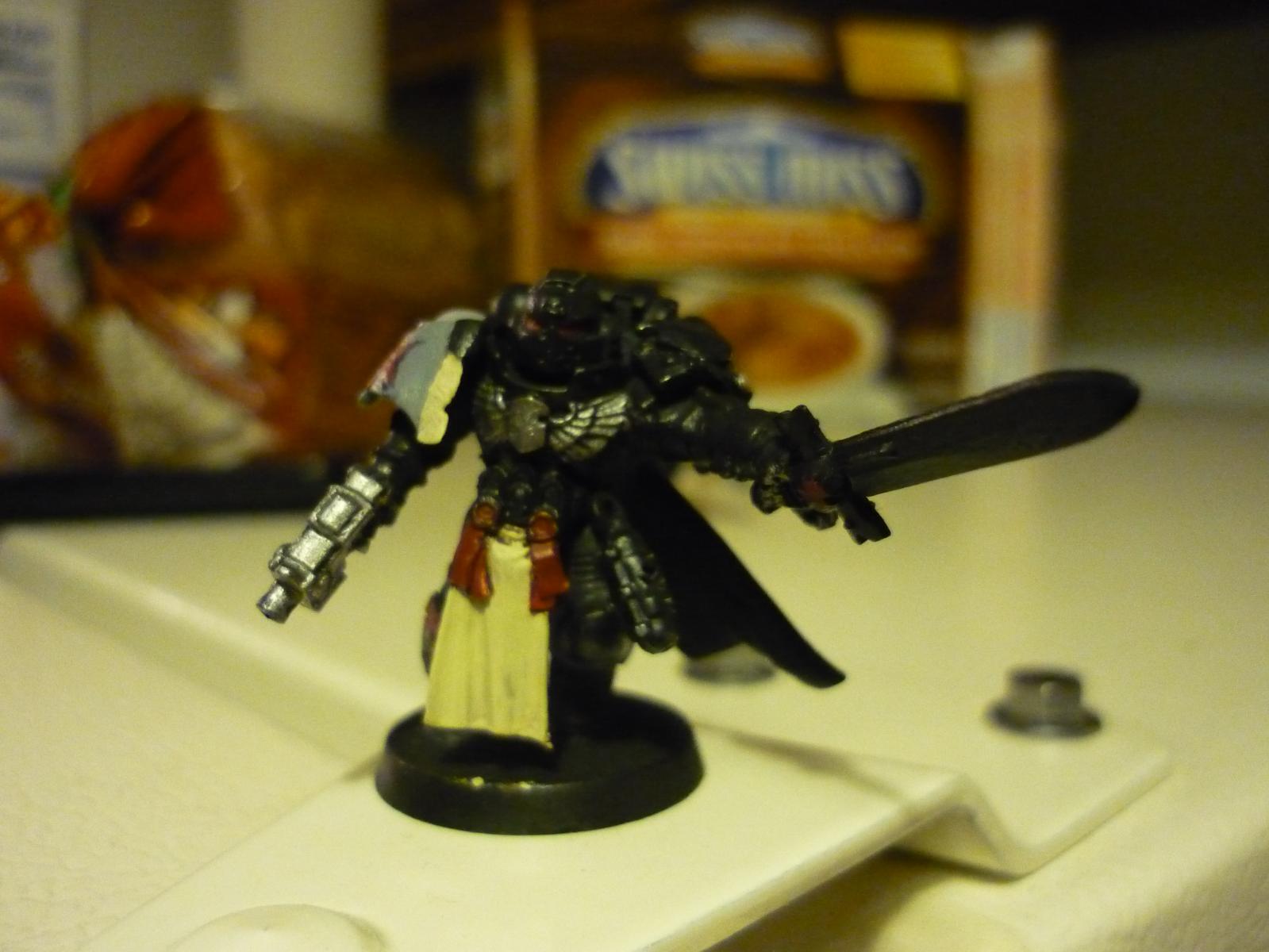 Lemme know what you think. My highlighting sucks but I'm working on it.

Looking good brother! Your highlighting doesn't suck...just keep working at it and you'll get your skill to where you're happy. It took me a long time to figure out some of the most basic/simple techniques. I love reading the "how to's" that others post...always learn from someone else's mistakes! Remember, varying shades of the same color continuously lightened with a drop or two of skull white can do just what you need. May take a couple of brush strokes with each lighter hue, but you'll get there. Also, inks/washes can be your friend...I LOVE them! If you don't feel like dropping three or four bucks on a pot, "just add water" to your chosen dark color...works fine. My biggest problem...the dreaded gray highlights...aarrgghhh! I can't tell you how many times I end up painting chaos black over my foul up of wavy gray streaks...it requires either a small small brush or a nice flat brush, and a very steady hand. 18 years and three warzones later, your hands just don't stay still very well.

I think your mods look great. I like the Marshal a lot. Especially like all the Templary bits you bashed him with...good stuff man! Keep it up...you definitely have two BTs worth taking the field of battle.

"Delight in swords and fists red with alien blood, and the dire ruin of savage battle."

That Marshal is properly Awesome!

I hope he severs many a heretic arse on the field of battle.

Done! I wish I got this done sooner. I'm a unit deployment manager in the Air Force (A job that always keeps me busy) and I was fortunate to find some time to finish up. Lemme know what you think. 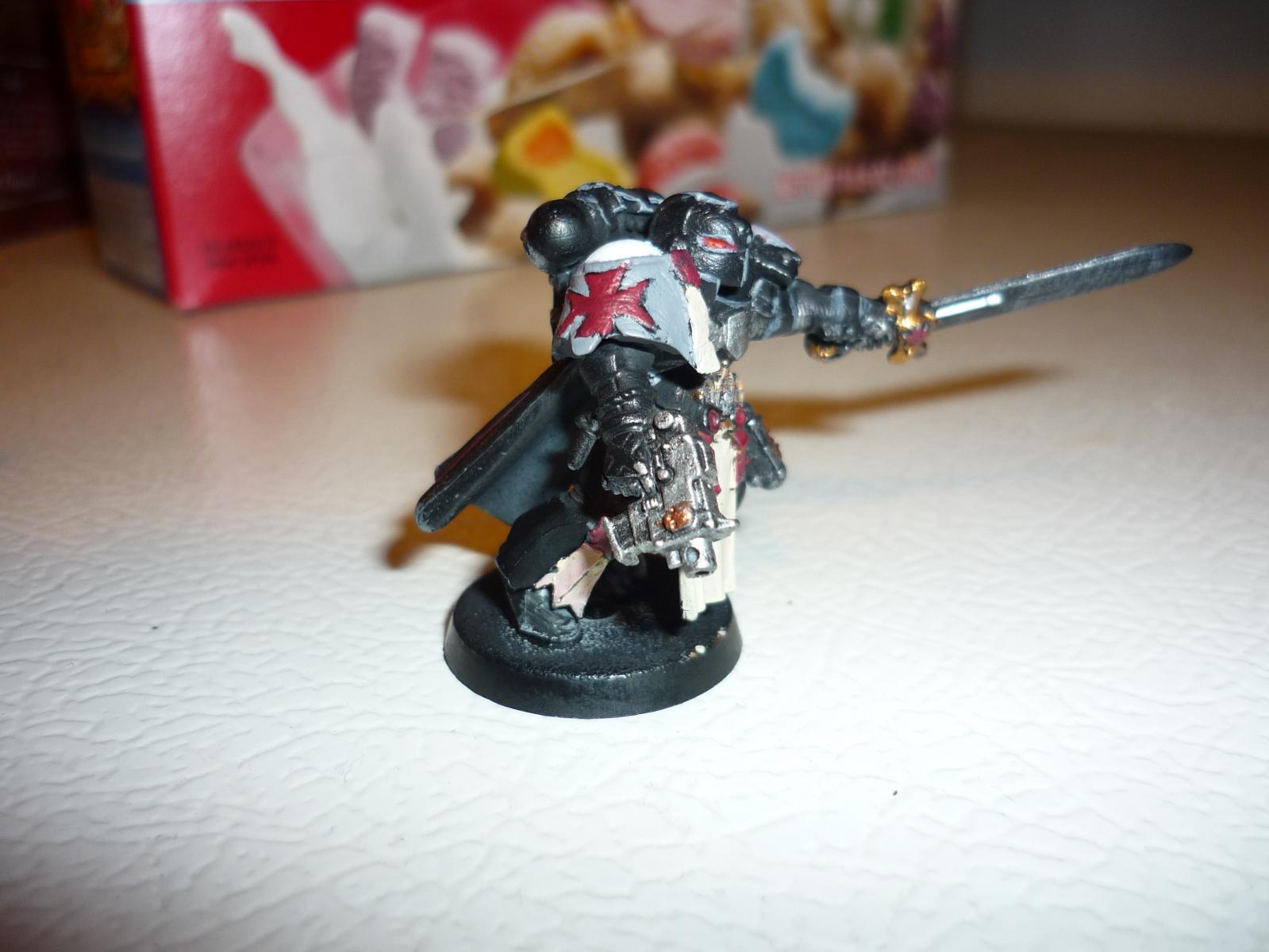 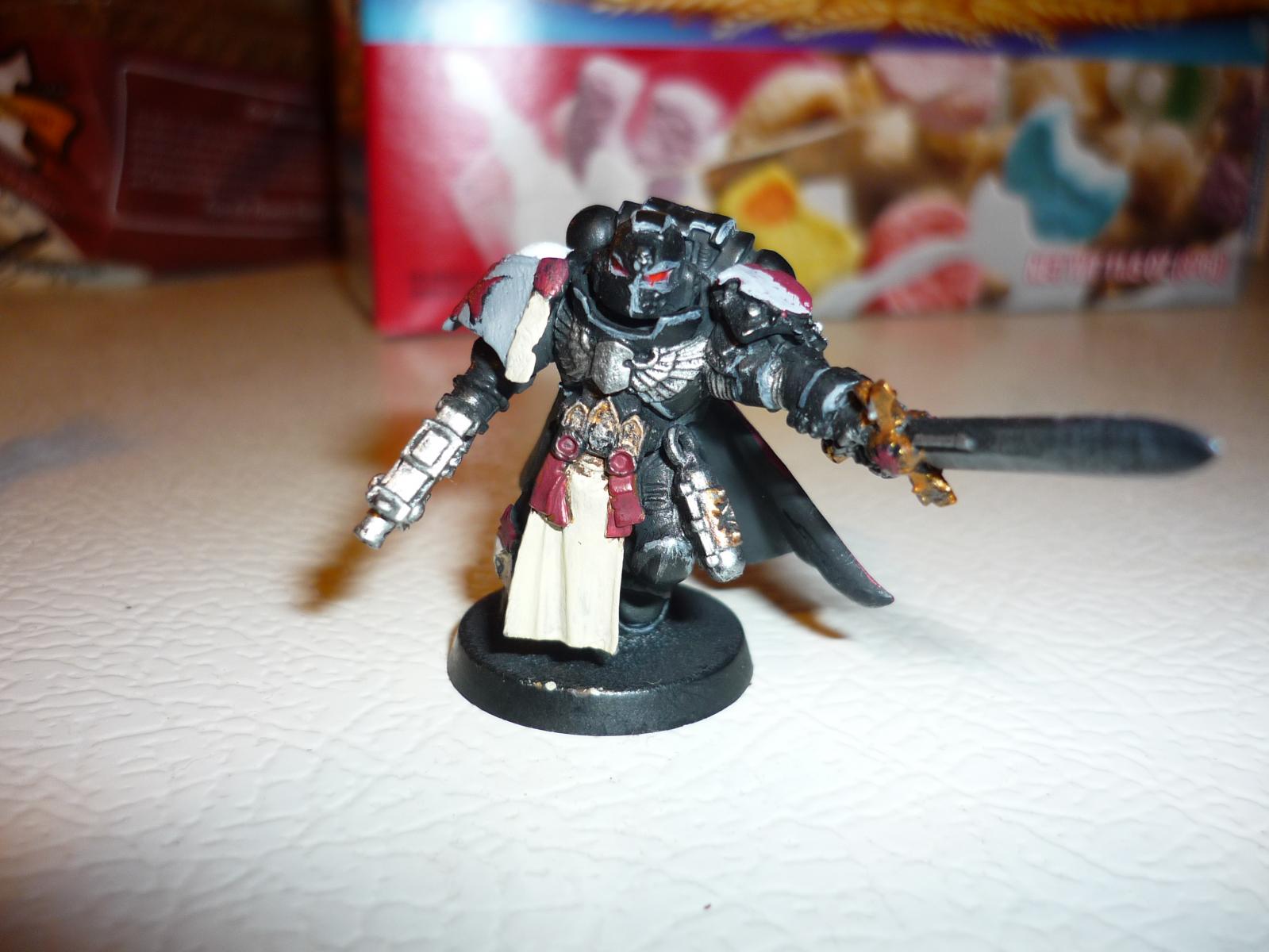 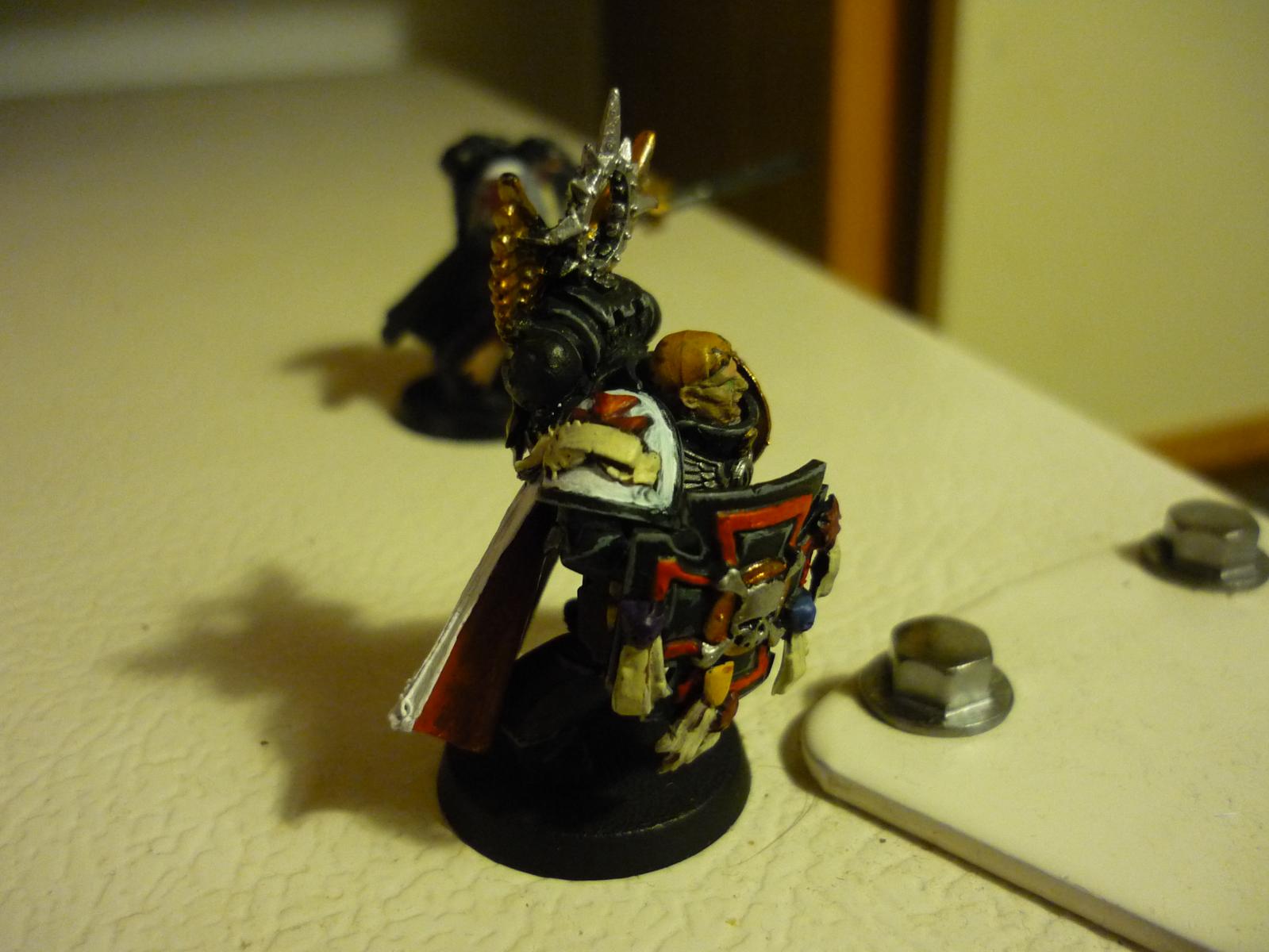 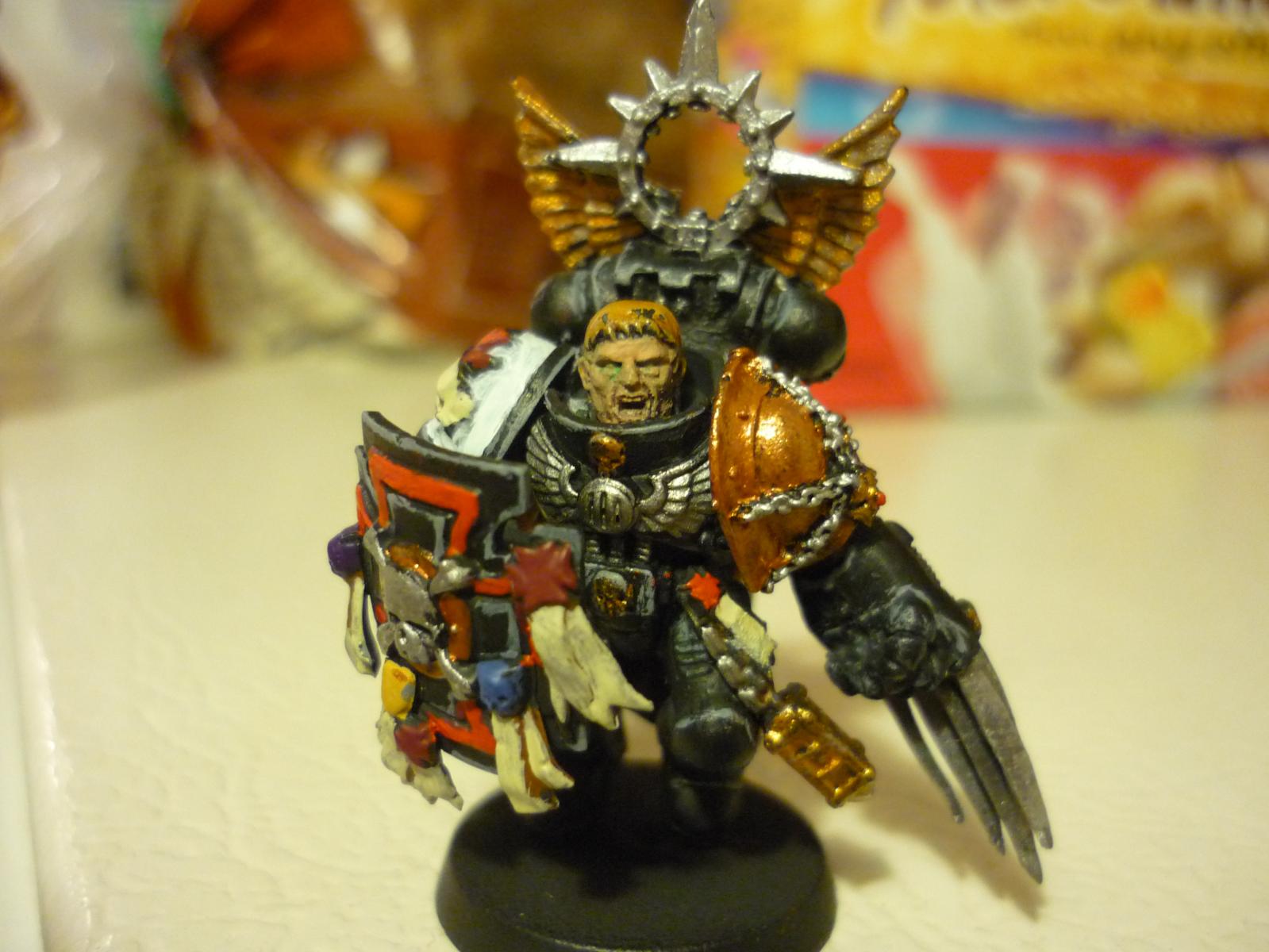 Really like the pose you have your Marshal in. Might just be the pics but it could use a black/dark wash to make the details/armour stand out. If you know what I mean.

i'm with @eberious, your purity seals, tabards, parchments will "pop" more with a gryphonne sephia wash. your mashal is sick man, one of the best lc/ss models i've seen yet!

Thanks for the suggestions guys. I'm definitely using Sepia on those seals. I just recently started painting black and yet to perfect a method for hightlighting. I love my marshal's pose. It's very hard to pull off a LC on a regular power armour guy with such a limited range of options (I can only really think of 5 models that have them). I wanted to use a forgeworld Templar shield but I like the templar shape of the regular storm shield.

Back to + BLACK TEMPLARS +