264 replies to this topic

From the overwhelming response to my last post I can tell my pretty picture was the greatest thing since sliced bread. So I have thrown out the old map (figuratively speaking) and created this: 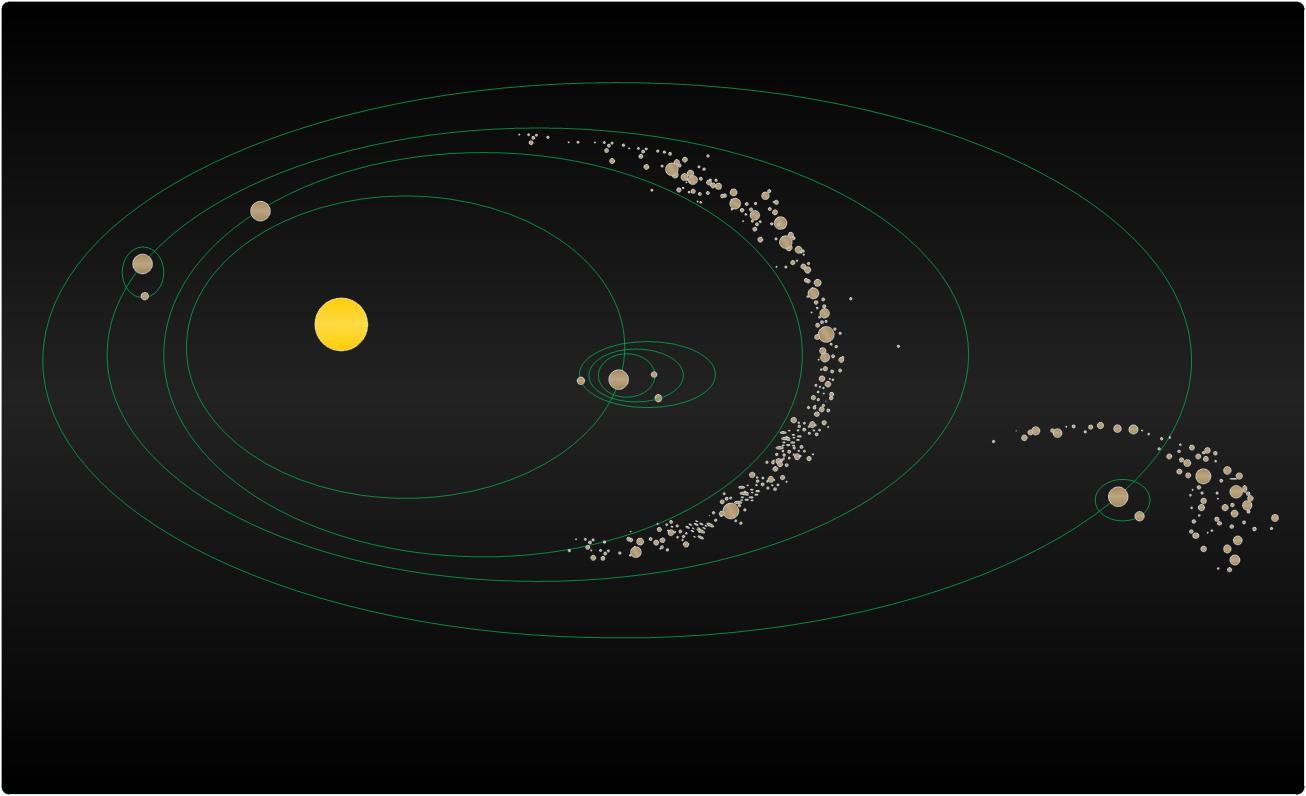 much more pleased with this style and layout for the Devlan System. Lots more work needs to be done on this, also since I have drawn the map before starting work on the plot line I might have to make tweaks as I go along to make it fit the story.
Oh and I imagine the big nibbly gribblies would turn up from the right.

Though just to prove that I have not only been doing this I have some men with paint on them: 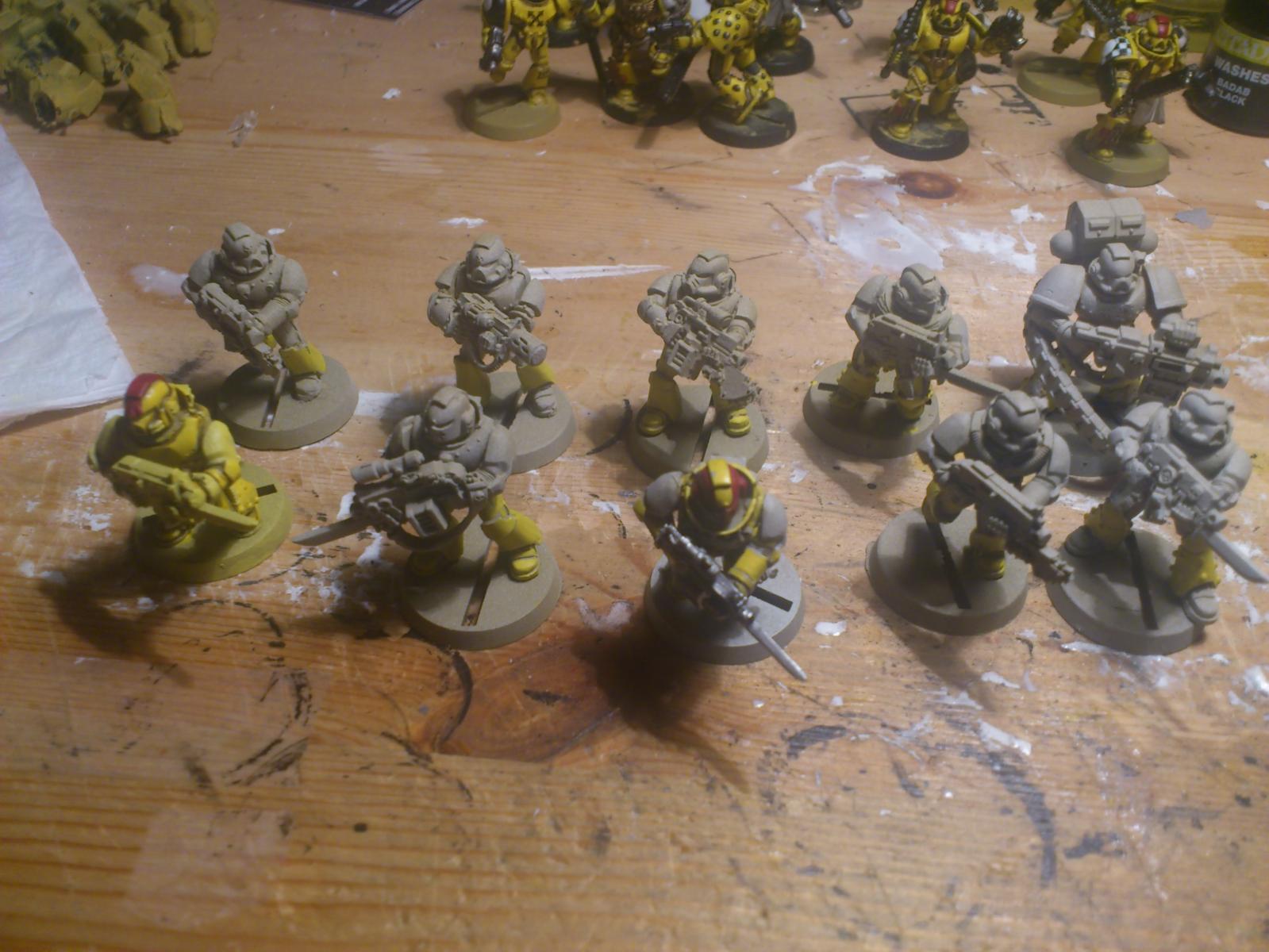 granted not much paint. (And yes that assault squad is still not done). I have decided to strip them and re-do them as a tactical squad as I now hate my old paint scheme and the paint is too thick for my liking. Anybody know how resin responds to simple green?

I have some stuff en route from forgeworld to make up the replacement assault squad along with a still boxed assault squad I must have got a year ago so I will be glue sniffing next week.

I do feel like it's about time I laid the whole army out and did some more progress shots so I may well get round to that next week too.

Thanks for looking
LM

I'd like to see some new pics in here

BTW: How did you make this one? 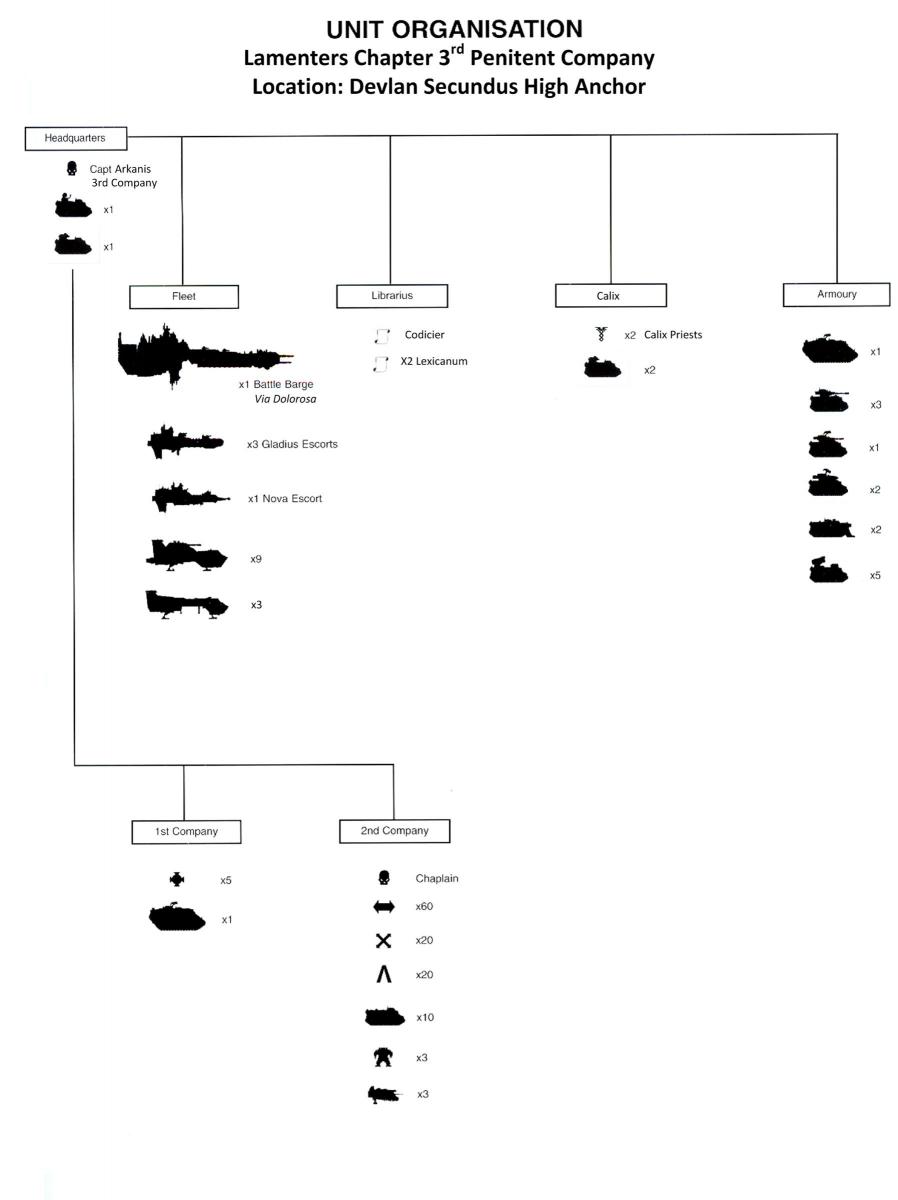 Your Lamenters tactical squad and tempest are damn fine specimens, I hope to see more of your stuff soon.

Quite looking forward to the Fly Agaric Terminator Assault Squad and maybe if we are lucky the Mescaline pattern Iron Clad Dreadnought...

Keep it up kidda

A reckless disregard for the Codex Astartes.....

Thanks guys. I would like to be able to say I have done lots since my last post but unfortunately I have less and less free time on my hands so there is nothing to show at the moment but I will keep plodding on.

@ Gamma - I did the force chart by screen shotting a PDF copy of IA2 (I think) and then pasting it to MS Visio so I could overlay it with my own text boxes. I didn't really take to long to do if I'm honest. If you like I can re-title the image and change a few names and numbers for you, just let me know if you fancy it.

@ The Yak -Thanks man, check out my old blog if you want to see other stuff. I hope to have some new stuff to show off soon(ish) to keep you coming back for more.

Thanks for the information. I think I'm going to try by myslef. But if it won't work I'll turn to you.
Finally I've got something to do:)

Your models look great, the yellow is really nice looking, although you of course got the wrong chapter going

The chapter orginzation chart is awesome aswell, makes me want to do something smiliar for my 7th Company

Built a fast Version for my Lamenters. The really sad thing is that I have nearly all the things that are listed on this table:

Built a fast Version for my Lamenters. The really sad thing is that I have nearly all the things that are listed on this table:

@ Gamma - I fail to see how that is bad thing. I'm not sure where I am with how much stuff I have. Might take a stock check some point soon just to see how much more I have left to do.

Out of interest, what does Captain Veronum drive? I'm assuming it's something unpractical and loud like a Ford GT40.
Also, 8 Caestus ARs, you have got to be kidding me.

@ Krishar - Thanks, sorry they have the wrong cough cough right cough cough chapter symbol on them. I am consoled by the fact that I might one day have the complete chapter with only 300 odd guys to collect unlke you flashy types with 1000.

I actually have "only" 5 of them. But none is built... THe Problem with all this miniatures is, that I have to paint them.
I more of a builder than a painter

Only five of them?!!
If you need someone to take them off your hands

A reckless disregard for the Codex Astartes.....

So I have something to show for the last few evenings, now that the light is getting shorter and my outdoors pursuits are curtailed a little. 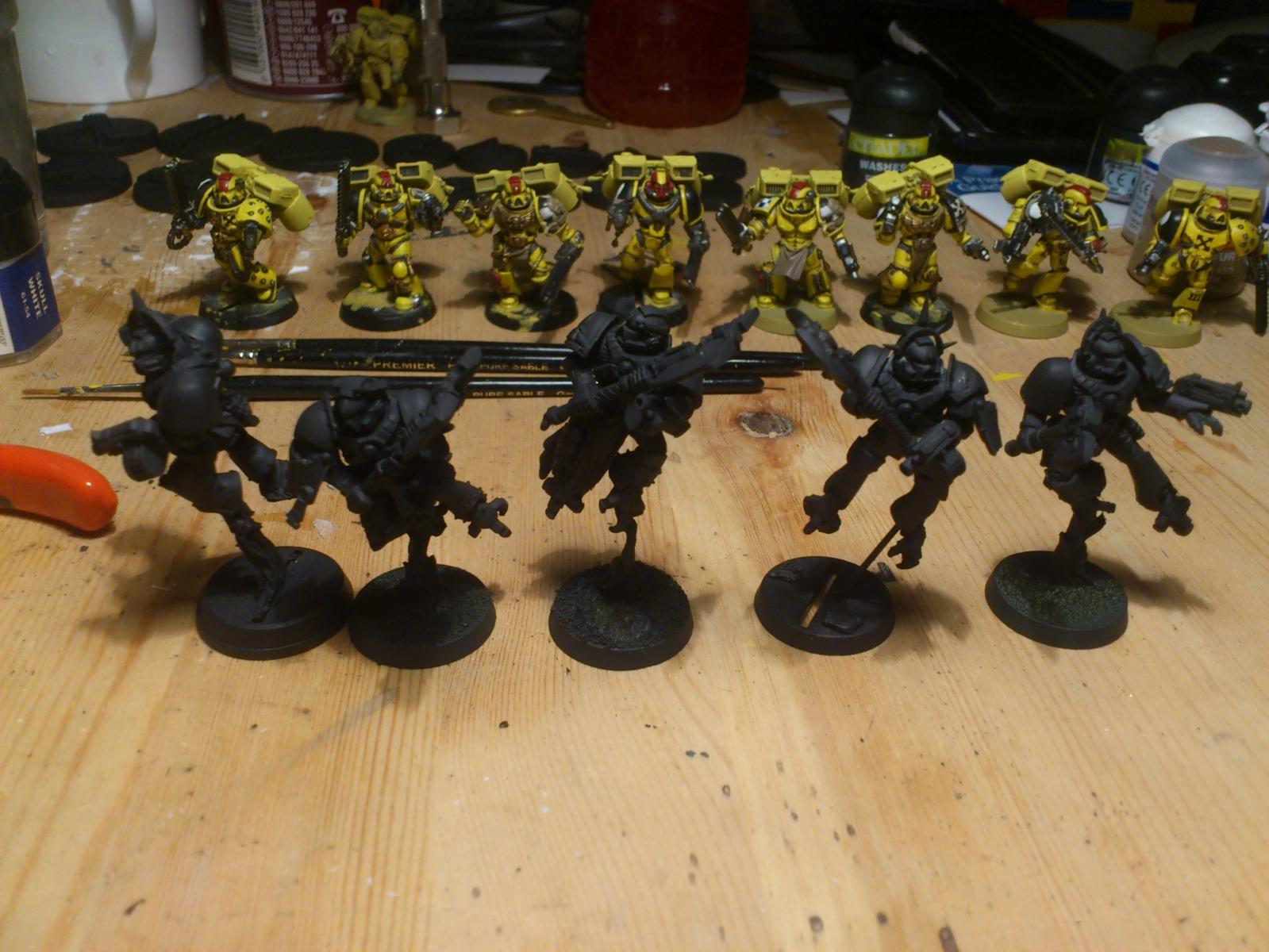 Followed by tactical termies made with the new box set that turned up in the post yesterday :-) 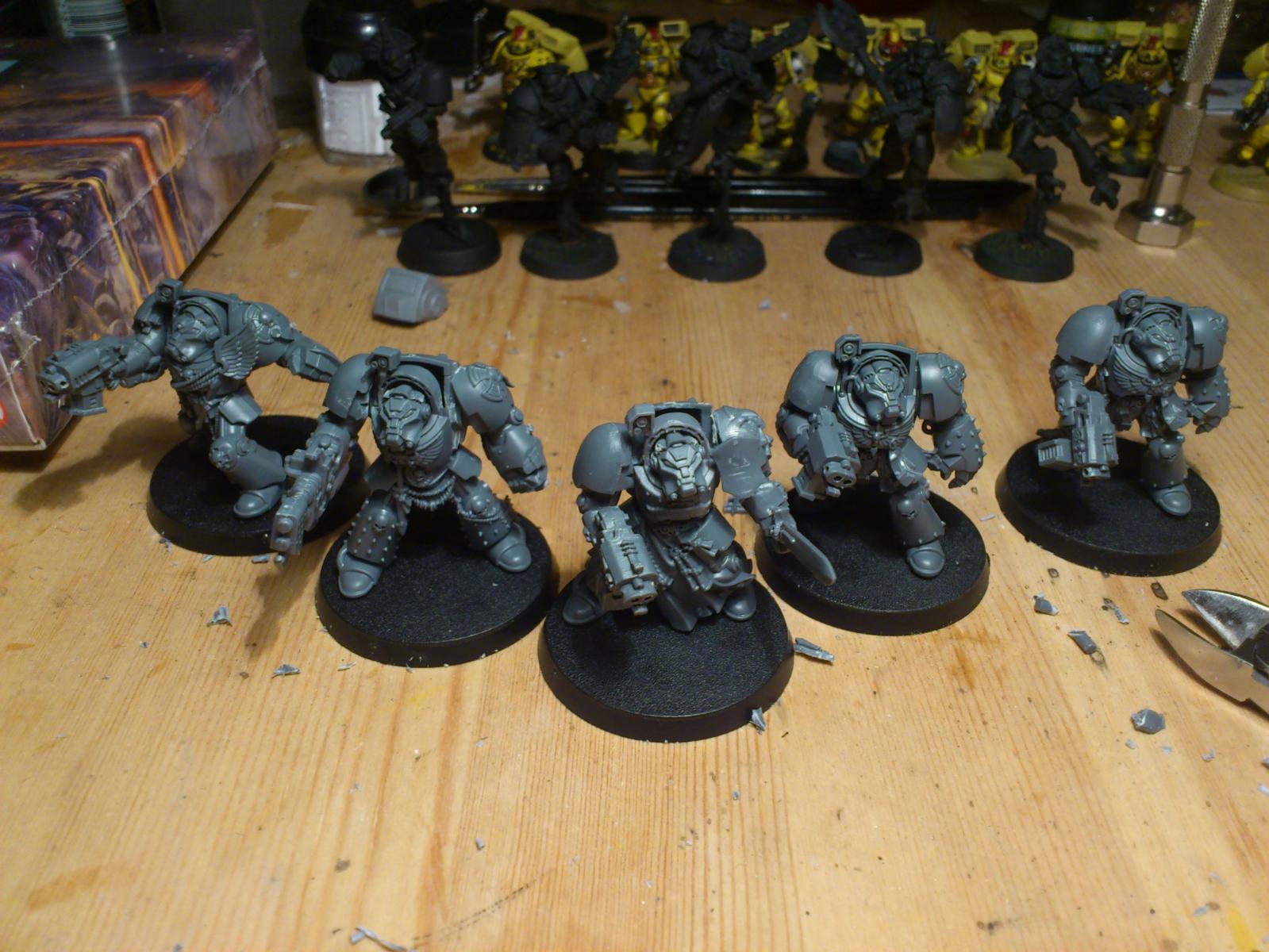 They need some green stuffing to fill holes and stuff but they are getting there.

And finally, what I have been doing with the tactical squad in the box set so far: 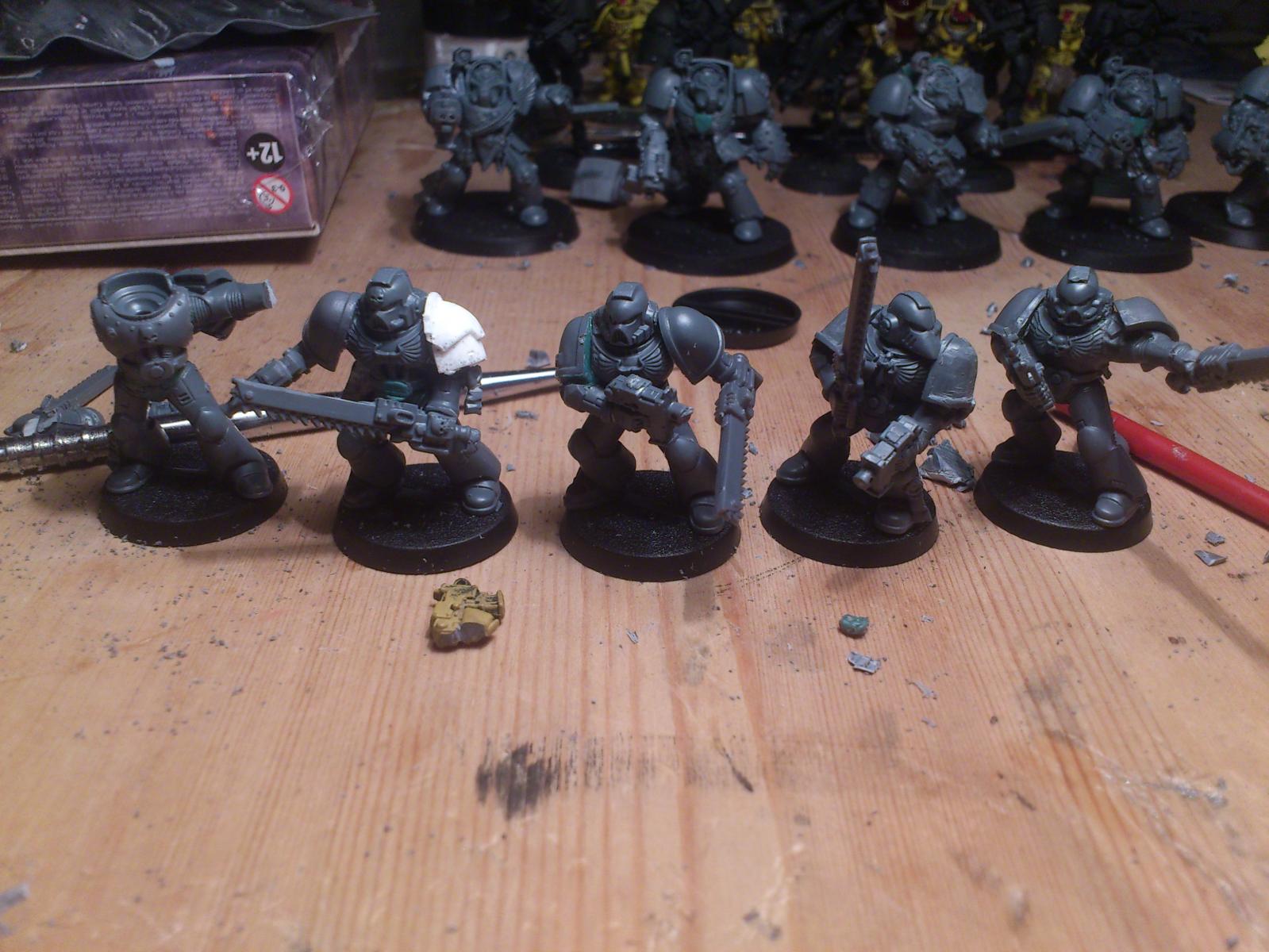 The poses are repeated and I didn't want to have to deal with the iconography on the shoulders so got chopping and decided to go down this route. These guys will definitely be jumping out a drop pod though.

Fantastic pieces, keep it up

Ah nice plan on chopping the arms off... might have to steal that one!

I'm curious as to what new box set are you referring to with your termies, as I have not seen any of those pieces. Those look friggin awesome tho man!

I'm curious as to what new box set are you referring to with your termies, as I have not seen any of those pieces. Those look friggin awesome tho man!

I think he refers to the ned starter box of wh40k "Dark Vengeance".

They look pretty cool! Ordered myself a box too and may have to steal your idea

Thanks guys, not sure if I will get any more done this week, the missus is coming over this weekend and I need to clean the place (maybe hide my stuff, though I think I will struggle with the glass cabinet) Oh well.

I'm curious as to what new box set are you referring to with your termies, as I have not seen any of those pieces.

Deus Imperator, where have you been?!

Great work on the conversions, how easy were the arms to remove?

@ Xenith - The arms are pretty easy to remove, though i tended to only hack off the shoulder pad when the arm was too much a part of the model. Where I can get away with taking the whole arm I did. Generally I tried to retain as much as the model without dark angel stuff on it. Think there's quite a lot of scope for mucking around with these guys, I might be spending some time on ebay over the next few days.
Cheers
LM

I see that I wasn't the only person that likes the raptor legs to use on loyalists.

Signature not compliant with forum rules

@ DeathKnight - yeah, don't know why. There was going to be 20 of these guys as void assault troopers but I had a change of heart. Good thing I got them in resin otherwise cutting them would have been a real sh)($$£r.

Thanks CarbonBased, what have you been working on recently?

Anyways, I decided not to clean too much this evening so my assault squad is looking like this: 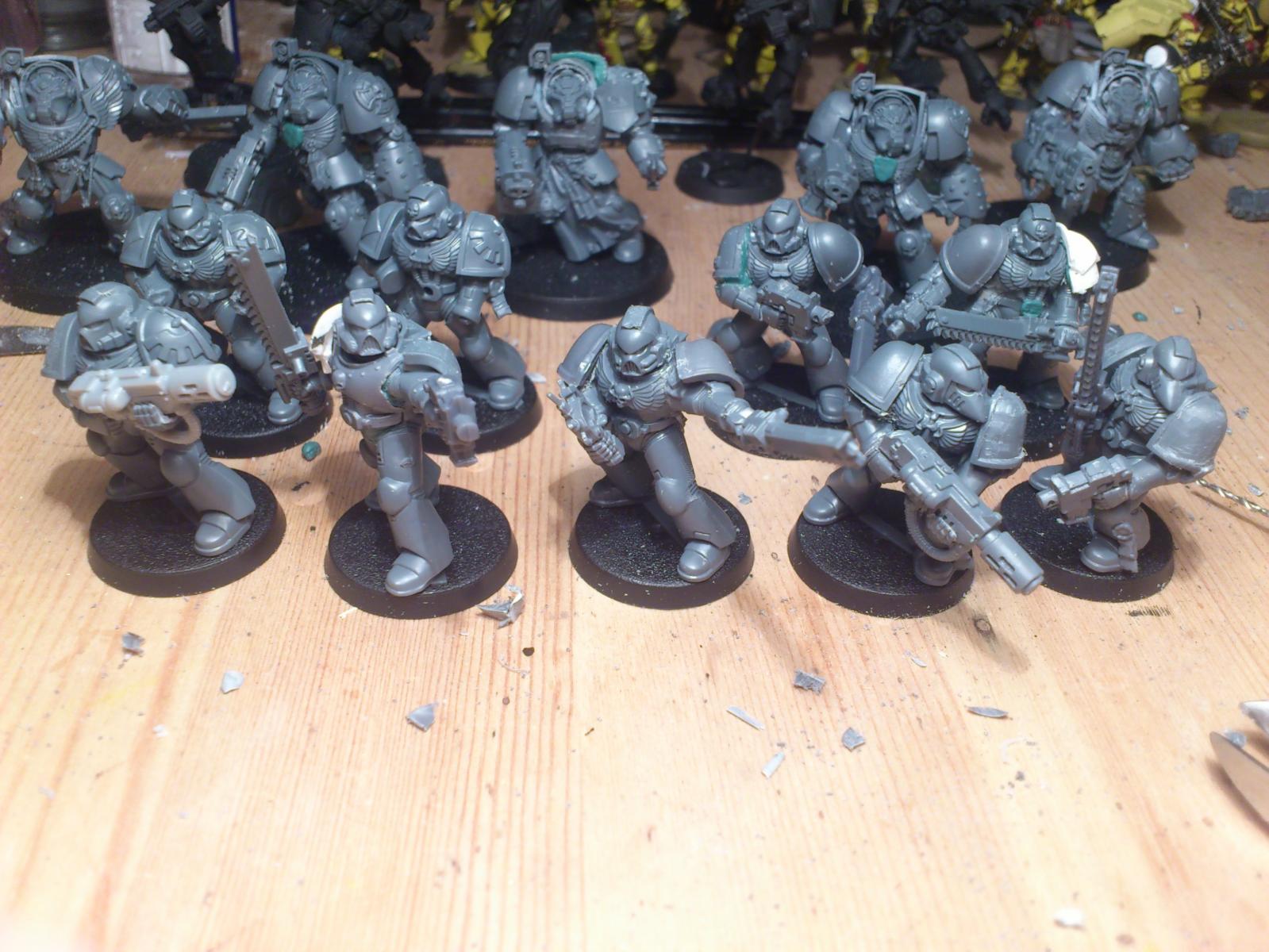 I think I know who is going to be the sergeant.

Thanks CarbonBased, what have you been working on recently?

I've actually made some slow progress recently. Got a WIP thread linked to my sig banner if you feel like checking it out.

So this is where you've been hiding. Was wondering why you stopped updating your previous blog; I certainly see you as our forum's Lamenter chief.

Glad to see some good progress

Sorry Jolemai, but I do like to keep you on your toes.
By way of an apology I present to you yet more WIP photos. You won't see any more WIP of these guys, just when they are done.
So the Dark Vengeance tactical squad has been converted into assault marine mode (stupidly I need more tac squads to finish my battle company not assault squads so I might have just started to build myself an 8th company 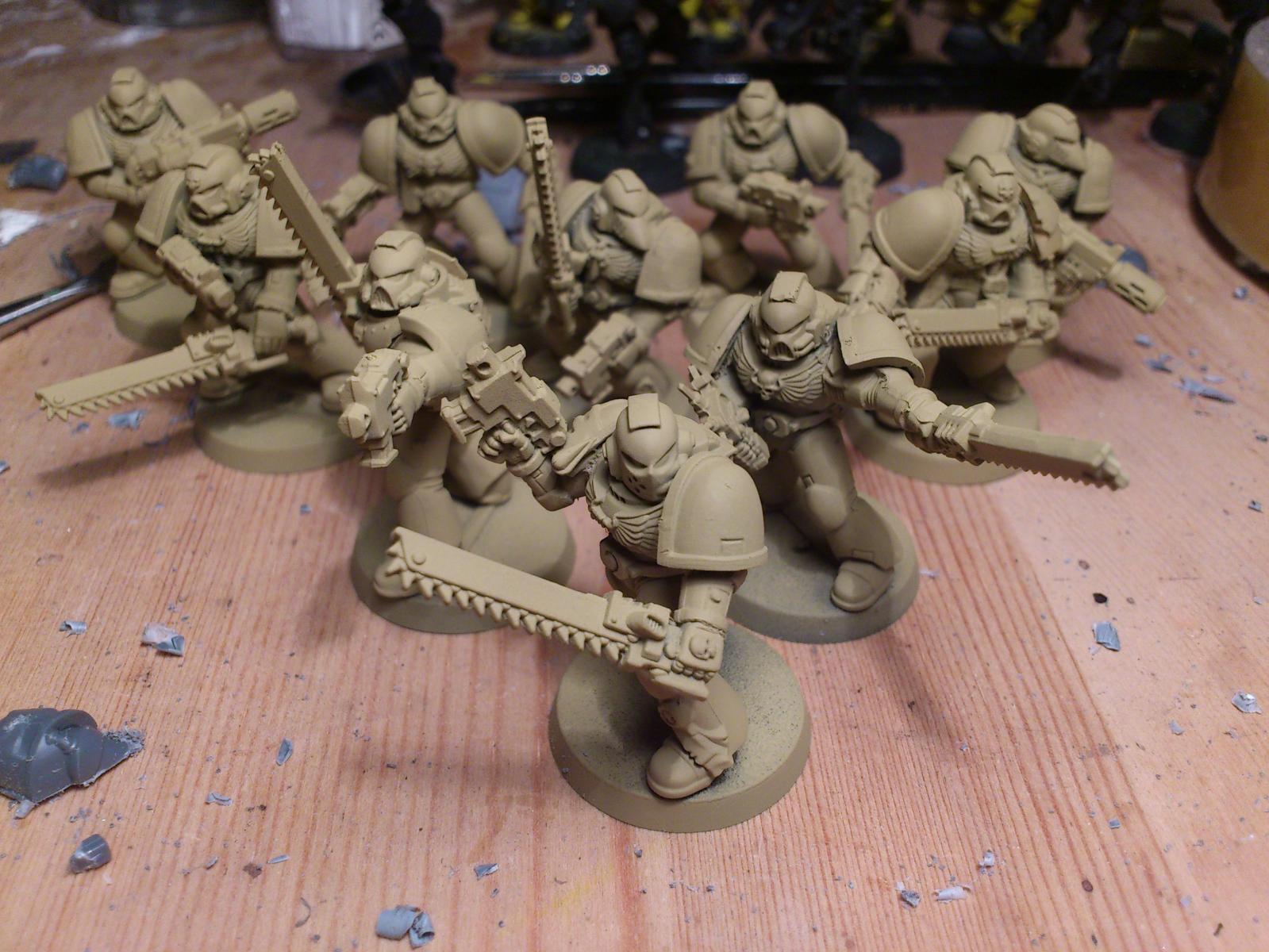 And since I sprayed the assault squad I figured I might as well give these guys the same treatment. 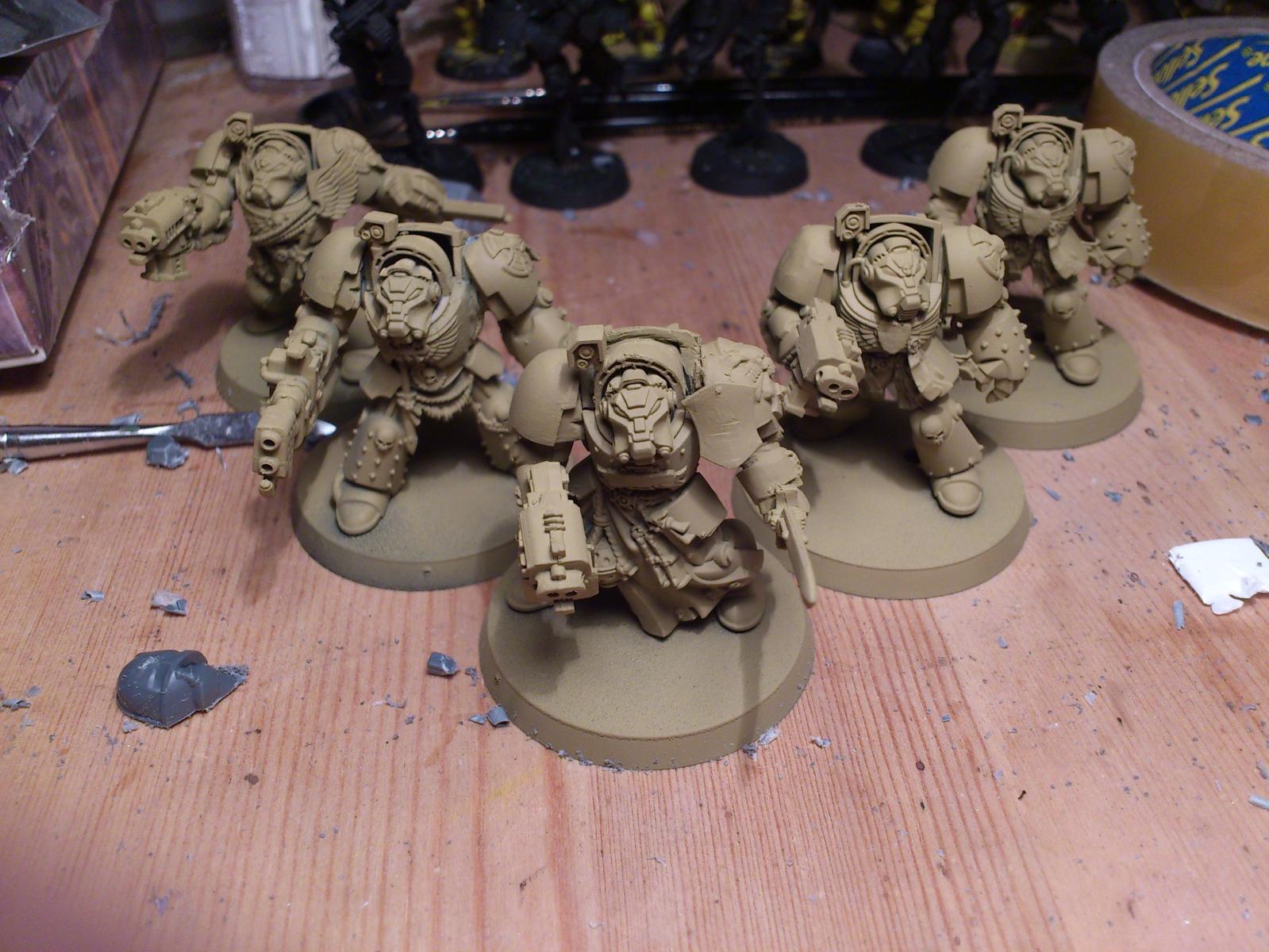 Also tagged with one or more of these keywords: 21st Founding, Cursed Founding, Lamenters Chapter