312 replies to this topic

There are at least a handful of IF characters. None of these character submissions is really locked in a specific time, and the IF are one of the Chapters that has multiple battle-brothers seconded to the Legio, so there's no problem submitting another IF character if that's what you want to do.

So I have a question about doing a B&C model. I've seen apothecaries, librarians, etc., but I haven't seen any chaplains. Is there a specific reason for this, or is it just that no one has really submitted one? I'm really interested in doing one up (more as a showcase kind of model than anything).

There is no real reason - it just appears that no one has submitted any Chaplains. The Legio certainly has Chaplains.

Very well. I shall have a Legio Chaplain done up (after my LPC entry of course

Does a marine seconded to the Legio stay in the Legio for the rest of his life?

EDIT: rewording to make it clearer.

Yes, you go to the Legio for life.

I thought it would be appropriate to join the Legion before posting anything else.
Here is my entry, Brother Dagon of the Angels Penitent.
He is wearing the Veteran assault marines` skull helmet.
His speciality is the Florentine style fighting (dual wield).

Unfortunately his chapter was dying due to the flaw they inherited from the ancestor chapter (BA), the Imperium lost the contact with the last company during a mission. Two tactical squads, two devastator squads and few veteran assault marines remained onboard of their battleship. It is unknown that the chapter will be revived or sent to a final (suicide) mission. 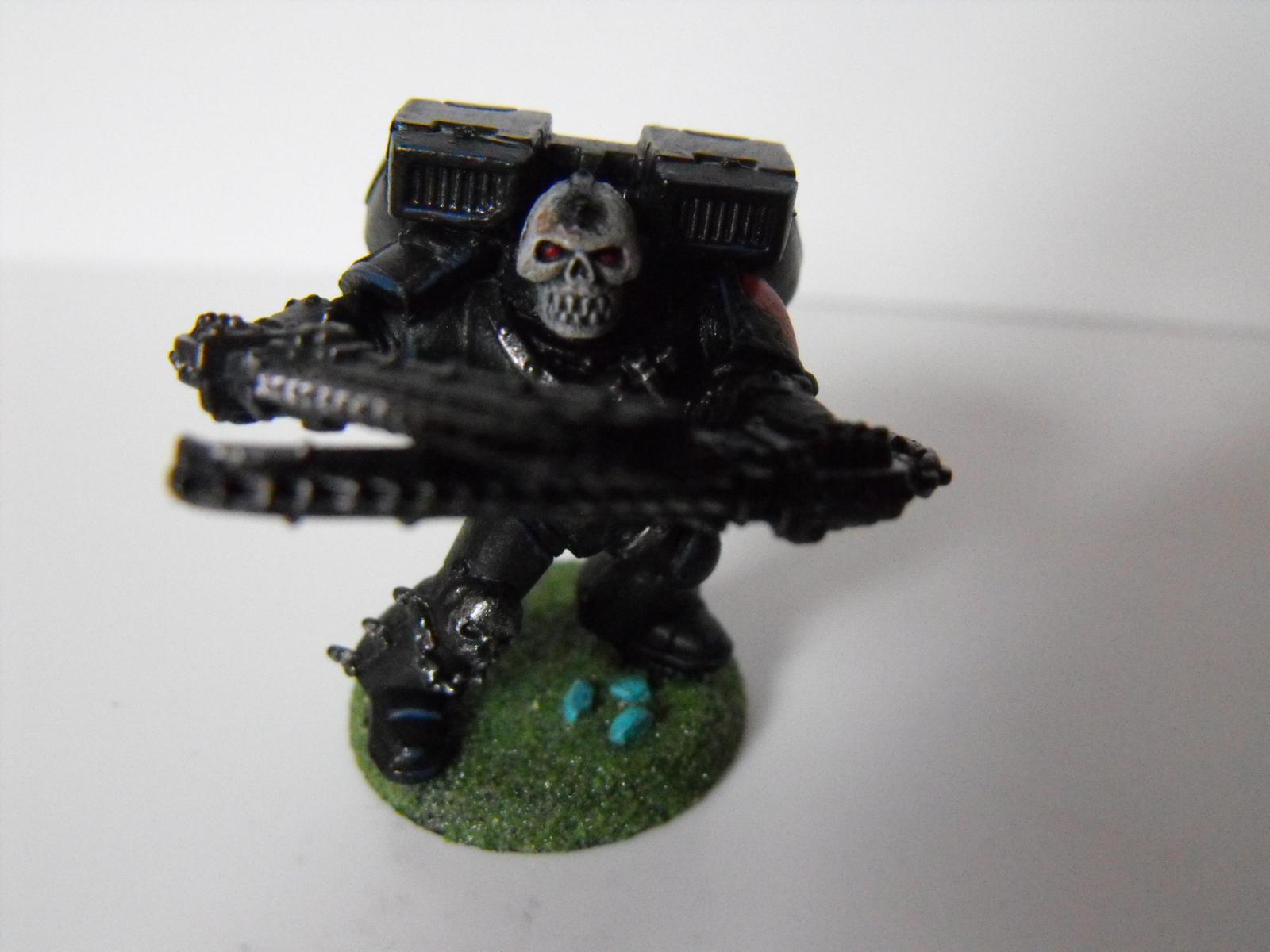 User of the Golden Bolter.

"Duty ends not in death, for Lord Solar shall continue to guide our brothers; now not physically, but in spirit." Chapter Master Lenios of the Blazing Suns Space Marines, after the death of the Chapter's former Master: Lord Solar.

Note that 'Chapter master Lenios' is not a self-insert, my account is named after him, and not vice versa.

Bio: Born on the world of Callisto to a family of barbarians in the frozen north of the planet, he was brought into the Vermillion Wings at a young age. Since then he has battled rebel human colonies. He also fought his way through a Tau vessel to deactivate its tractor beam, set the ships' reactor to explode, and killed a Tau commander in a Crisis Battlesuit. Later that same week a massive Chaos Warband who were a splinter group of the Night Lords invaded the world of Callisto, and Thran helped defend it before the battle was won by the Vermilion Wings.

During the Thirteenth Black Crusade and the Fall of Medusa V, the Oshim sector was under attack by the Tyranids. For many years this went on, and Eth fought on many worlds on many fronts as an assault marine, and sometime during the conflict was given his own squad. After many years of fighting, the Ordo Xenos found a way to divert the Tyranid splinter fleet into the galactic southeast, where it would flow into Ork space.

Many, many years later, Eth was sent to retrieve the axe of the original Chapter Master, Saon. They were successful, but Eth nearly died, having suffered horrendous wounds. He was saved, however. His bravery and strength earned him a place in the Legio, as battle-brother Thiel, who had been in the Legio previously, had been slain.

En-route to the Legio base, his ship crash-landed on a death world, so he had to survive many months until he was rescued by the Legio themselves, and was taken in.

Brother Brule Onathemes (commonly known as "the Spear Slayer" for reasons I won't go into right now) of the Justice of the Emperor Great Company, formerly of the Avenging Lions Chapter of the Adeptus Astartes.

You can see Brule's honor shield at right. I'll probably incorporate the honor shield as one of those tilting shield things that we see on the Grey Knights (I've been told that battle brothers of the Legio occasionally do this).

This is just a scheme plan for the actual miniature. I chose the Justice of the Emperor Great Company because the Avenging Lions are obsessed with vengeance and justice, and because the black color helps me keep the mini from getting too "busy" (there's already a lot going on with the red helmet, different colored shoulder pads, chest design, weapons, etc. The kneepad will actually be the same black as the rest of the armor, but I made it darker here just so that his allegiance would be clear. The chest design will be different, incorporating the Imperial Laurel and Avenging Lions imagery. I noticed that PhilS added the black and white checks to the right boot, but I'm not sure if that's a "mandatory" part of the scheme. If anyone can fill me in on the checks, I'll figure out if they'll be on the Brule miniature. If a bolter and chainsword aren't mandatory weapons, he'll have other weapons. I'm torn between making him a member of a Tactical squad or an Assault squad (I've got this Greco-Thracian image in my head and it threatens to overly influence the miniature's composition

I'll edit this and provide a bio if/when the position is confirmed. Since these spots are for a two man crew, I'll also provide an alternate name/chapter/bio for the gunner if so desired. He will be from a seperate chapter, I just haven't decided on which (possibly a liber entry). Also, is the style of land speeder at my discretion or do you have a particular model in mind (Double MM, Typhoon, Tornado, Double HB)? Unless told otherwise, it will be a Typhoon (HB and TML).

It was during an uprising on a backwater planet that then Sgt. James came into his own. After the commanding officer's Drop Pod was destroyed by anti-aircraft fire and the second in command's homing beacon was scrambled and he deep struck into a mountain, all that was left was Sgt. James and his squad.  The battle was won by the Salamanders on the front line, but the SAS strike force destroyed the enemy armor and silenced the barrage that had been raining down shells on the Salamanders for over a month.  Sgt. James was promoted to Lieutenant and he assumed command of the 9th Drop Pod Assault Company.

During an assault in the Gothic Sector, his strike force stopped a Chaos incursion before the  chapter could even mobilize. This earned him the rank of Captain and now, he is being sent to the Legio to develop his skills, as is done with all potential Field Marshals (Chapter Masters of the SAS).

Here is my mini me.

Red Hand Madwolf Shadowmane, seconded from the Hounds of the Hunt