So my time here on the B&C has been spent mostly flitting from one model to another, never really with a real army project on the go, that changes now. I've decided to go for a HH Era DA force, with the idea that the Great Company/Chapter uses the iconography that will one day become the GotC. So this means (eventually) EVERY legionnaire will feature the crossed swords on their right pad in some shape or form, I'll also be doing red robes. I also intend on a mkII army with officers in mkIII.

For those who haven't seen, a 3rd party sculpt of The Lion I painted for last years LPC, 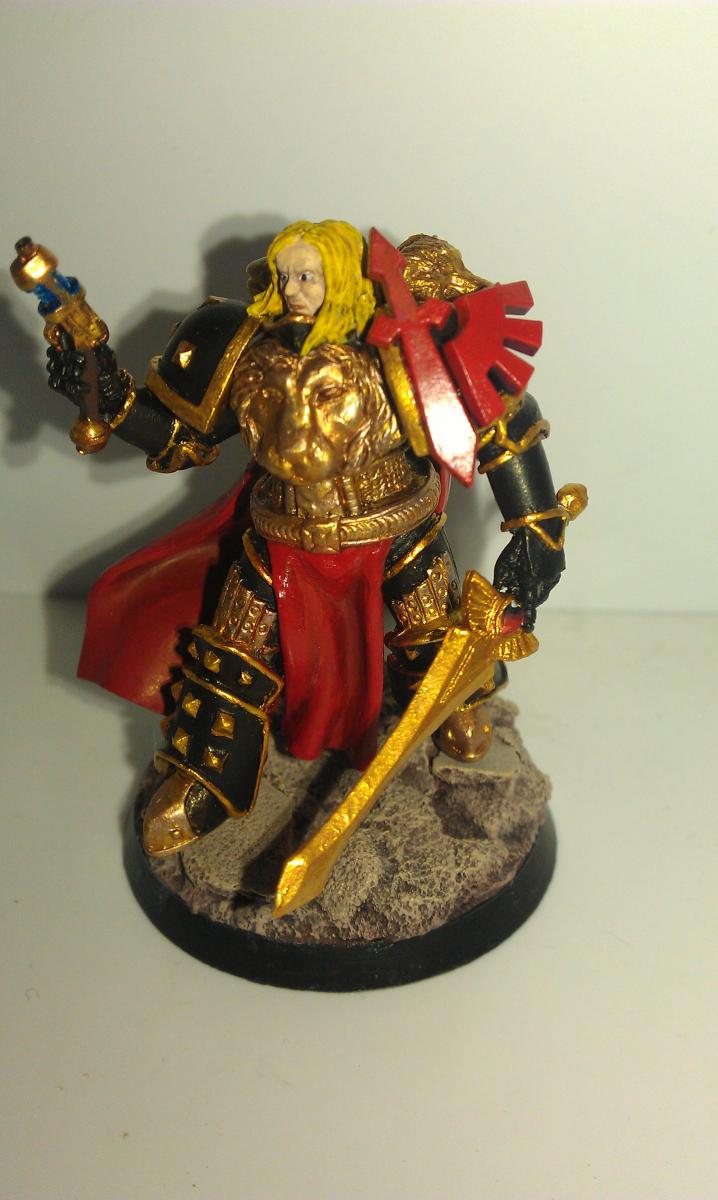 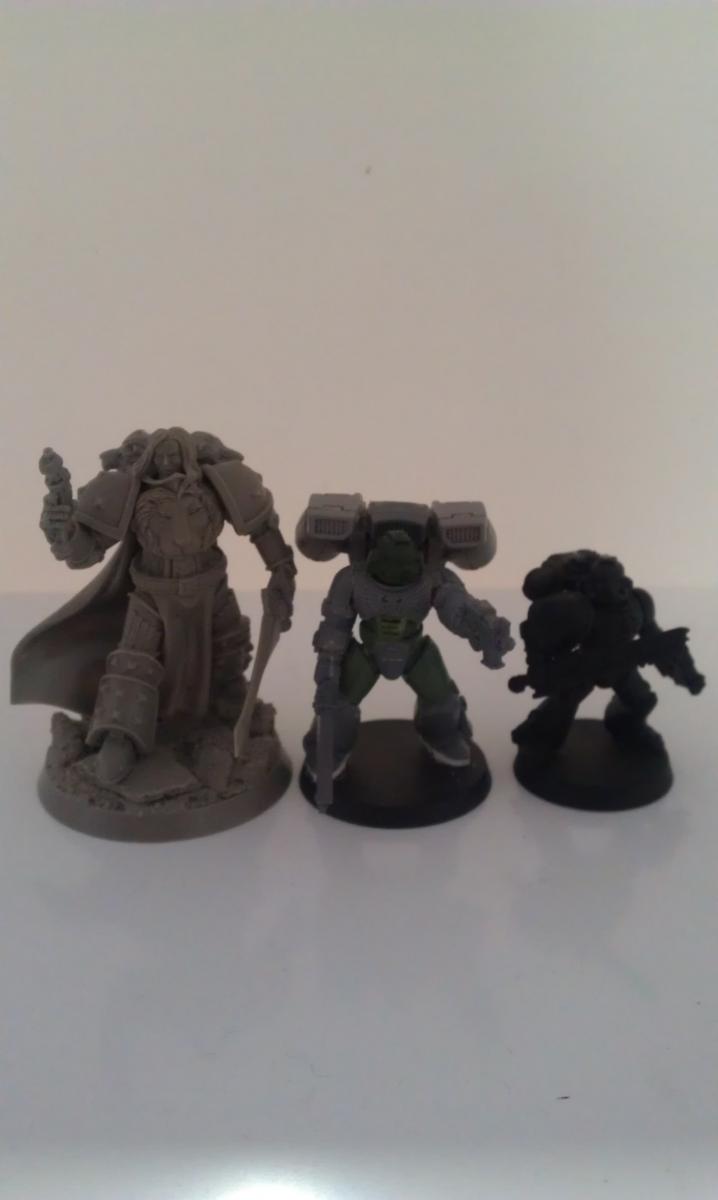 Next up is my Legion Praetor, who will be February's PtR vow,

So, the summer rains are here, which has delayed the priming (yes, I've gotten lazy and avoid hand priming like the plague) for over a week, first piece o'sunshine and i'll get cracking.

OK, so now my usual disclaimer, I have, what I call Hobby ADD, which means all of my projects suffer from a rollercoaster of productivity and inaction, although I fear the most prohibitive force for this project will be actually affording the "plastic crack habit", cheap FW isn't.

Any comments and constructive criticism welcome.

Those are some really cool looking marines. Where are their shoulder pads? ;D

"...I firmly believe that any man's finest hours - his greatest fulfillment of all that he holds dear - is that moment when he has worked his heart out in good cause and lies exhausted on the field of battle - victorious." Vince Lombardi

"But Horus has nothing to do with that, and he's always lost the war, since the Emperor kicks his butt and the Traitor Legions cheese it to the Eye, like headless goobers." - Aaron Dembski-Bowden

Lookin' good - makes me want to do some more HH DA myself (don't let Captain Semper know - he will just nag me!)

@ Augustus: I've left them off because its much easier to paint/prime the models back behind the powerpack, the pads will be primed at the same time and attached once black.

I love the idea of this project and the first miniatures look fantastic!

Can't wait to see more of those!

"Though my guards may sleep and my ships may lie at anchor, my enemies know that big guns never tire!"

Hey guys, a little progress, Company Champion who will be joining the Praetor in Febs PtR vow,

and some WIP of the Command Squad, Jan's PtR vow.

I like it a lot! but the wings kinda look silly, sorry to say X-X

"There is an art to dying, but it is a dying art."

"War is the science of destruction."
-John Abbott

The command squad looks perfect to me.

I like the way you made the crossed swords on the standard.

I like the robes and those plasma pistols are looking good

Red robes... hmmmmmmm - ok it works well with these

and the firing plasma pistol and the winged helms look great.

Is it just me or are the rh shoulder pads missing?

@ Crusader_Weber: Thanks!!
@ Tiger9gamer: Thats ok, I didnt think they'd match everyones taste. I don't even know if I'll keep doing them, they were a pain to fit consistantly.
@ Cactus: Those crossed swords were a bastard to get, and they're still a little wonky, but I am quite happy with the finished item.
@ Tanhausen: Cheers!!!
@ Elmo: Yep, they're missing. The problem is I can't decide on what to do with them. I've used GWs DA chapter pads, which dont match the mkIII pads I have left over, but I'm not sure I want to put mk VII pads on either. I may just wait til FW releases DA legion pads and pull of the GW ones.