Here’s a quick and easy (and cheap!) tutorial for making large quantities of rubble to base your models, or for use as scenery.  This is the end result;

...and here's how it looks without all the snow on top.

I think it works quite well!

All of this set me back the grand total of £6.20, which bought me five reels of wire, of which I only used one, and a massive tub of plaster which was still two thirds full when I’d finished. This is a pretty economical method.

Before we get started, let’s think about rubble. Obviously, the sort of rubble you have depends on the sort of building that used to be there before it collapsed. Look at pictures of the aftermath of a gas explosion on a brick terraced street in Britain and they’ll look rather different from the results of a Japanese earthquake or the fighting in Syria. I assume that a lot of Imperial buildings are made from reinforced concrete, which gives you rubble something like this; 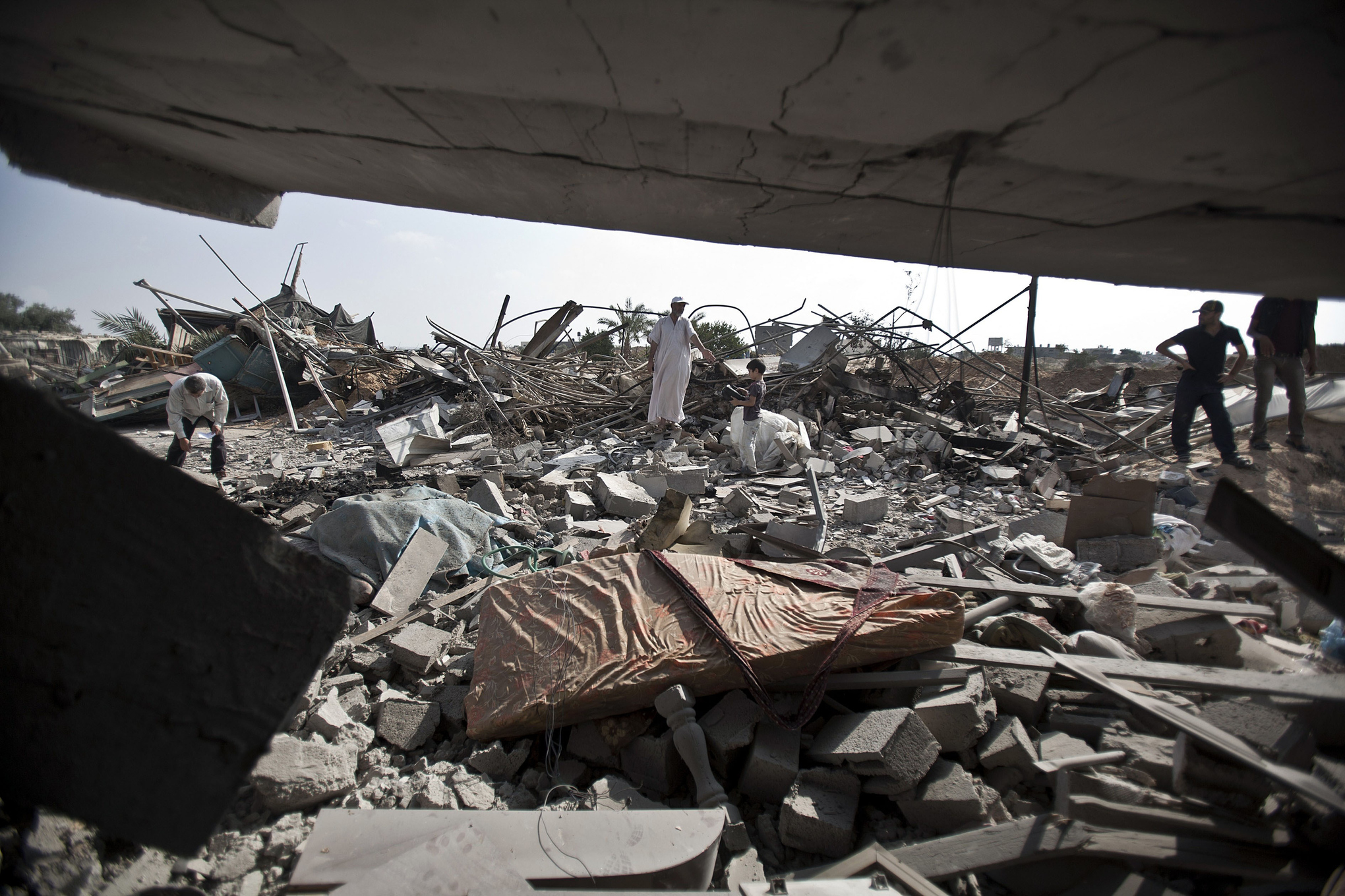 The best way of modelling this sort of rubble is by making some of your own, just on a smaller scale!

To do this, first take your wire and cut it into strips about two inches long. Put it to one side.

Then, begin to mix the plaster. Find a large jug with a pouring spout (anything will do, this can all be washed up no trouble) and pour a good measure of the powder in. Then, squeeze some black paint in, and follow that up with water. You want a fairly liquid mix, like cream, the colour of, well, concrete! It should look something like this.

Pour about half of the mix in to the container you’re using, and make sure it covers the whole bottom. Don’t fill the container to the brim but about half way. Now, take the bits of wire and place them on top of the mix. Ideally they should be roughly parallel, with some of them running at right angles to the majority. This simulates the steel bars that make reinforced concrete reinforced. It’ll look something like this…

Now, pour the rest of the mix over. You may find some of the wires are still exposed, but the majority won’t be and that’s the main thing. When that’s all done, leave your concoction somewhere warm and wander off for a few hours. The plaster I was using claimed it would dry in 20 minutes but it needs to be absolutely rock hard for the next step. You can tell by giving it a good tap. When it is, push it out of the container- it doesn’t matter if it cracks into several pieces when this happens, like mine did, as it’s not going to remain intact for very long! Now, place it in a plastic bag of some kind. Mine looked like this;

Here’s the fun part. Get a hammer or something similar- a rolling pin would do- and start taking your frustrations out on the thing. How much you hit it should depend on how fine you want your rubble (and how bad a day you’ve had!)- you don’t want to grind the whole thing to dust but have a nice mix of large lumps of plaster with twisted wires sticking out, and smaller granules.

As you do this, you’ll notice that the material is behaving just like real reinforced concrete; here’s a photo to show what I mean…

When the job is done, you’ve now got yourself a bag full of rubble to do with as you see fit! It can easily be glued to bases using pva glue, and can rest in a pile quite naturally if you put some pva on the surface you’re sprinkling it on. To get a proper rubble effect, it’s worth adding other little bits here and there to add to the mess; aside from the obvious bits box findings like skulls and other detritus, some tissue paper wet with watered-down pva glue can be used to represent cloth, corrugated iron is easily simulated by finding some ridged plastic and painting it metal, etc. Here’s the sort of thing I mean…

When everything’s on and secured using watered down pva, it’s worth sealing with a coat of matte varnish. At this point, it’s more or less done! I decided to go a bit further though, doing some extra weathering and adding some snow using Chaeron’s tutorial. Pretty quick and easy, right?

Brilliant! I like the look of the reinforced concrete and will defiantly use it. I might combine it with what I do which is make a rubble 'paste' for quick and realistic basing

This is excellent. Where did you get the plaster of paris from?

Glad you like it. I got the plaster from my local craft shop- really a stationer who happens to sell paint. I don't think it's going to be difficult to track some down.

Huh, that'd be an interesting technique to use when I portray Purphuros, the homeworld of my own Chapter! Thanks for sharing!

Back to Bases and Terrain Tutorials