346 replies to this topic

^^actually I'm curious about that too - about the whole process of extending the legs the way you do. You've done it with all your models, right? 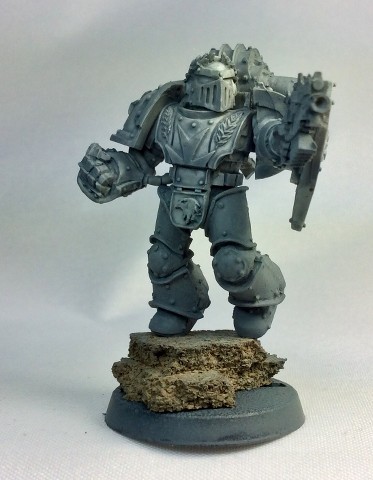 "Though we walk through an eternity of shadow, we shall fear no darkness, for we are what the darkness fears..." 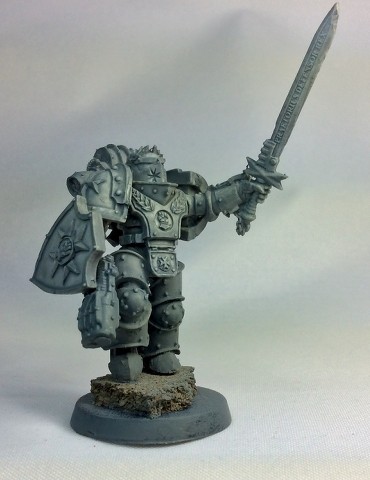 "Templar do not kneel." 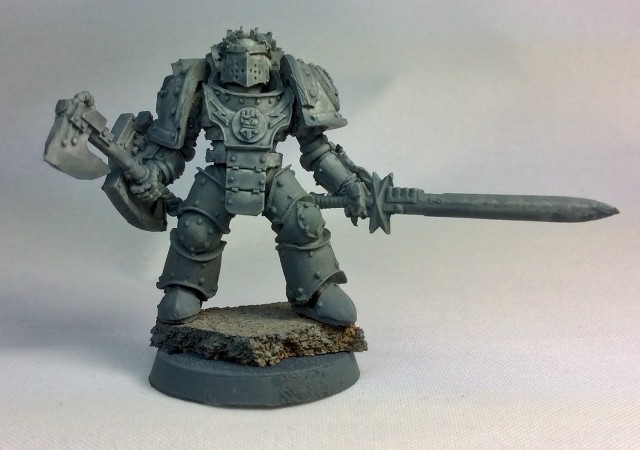 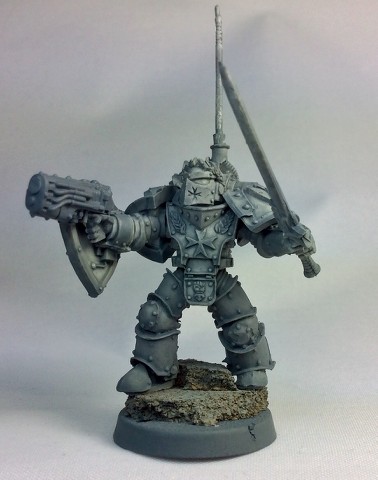 "Many is the unmarked grave filled in the name of our Vengeance." 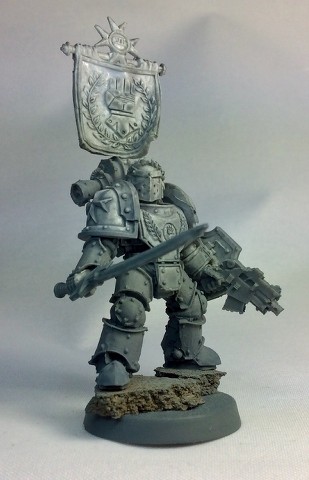 "Reason explains the darkness, but ours is the light that tears the shadows from the dark corners of the galaxy." 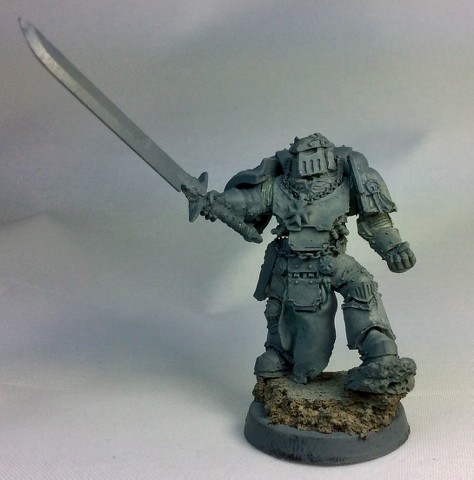 "Tell whatever black gods lie beyond who sent you. And when you meet your foul kindred in that dark abyss, let them know that there are many, many more of you on the way to join them."

Strong effort, 10/10 would go purging with. Much zeal, very fury. So righteous. Wow.

The Fall Of Seraph - Histories of the IXth

But they're supposed to be Templars.

I'm looking forward to seeing some paint in this thread...


But they're supposed to be Templars.

The Templars were the Knights of the Temple ofSolomon so I'm confused as to the disappointment.

Screen filled with character over here. Lovely squad there. Needs paint though...

Nicely done... Enjoy the fluff for each dood. Are you going to paint them black or yellow... Or both?

This is an awesome project you've embarked on! Looking forward to more, Brother Heinrich and Flint!

Burkhardt is awesome! The rest of the gang are looking great as well. That kit looks like it'd be pretty fun to build.

Thanks so much. I don't think I've ever gotten such a positive response to a post before. I'll be sure to do that enthusiasm justice.

Speaking of which, I've had a ton of folks ask about my prospective color scheme for the Templar-Brethren, so I thought I'd post a painting WiP.

Here's Knight Levasque sans backpack, basing and a bit of neatening up. Feel free to make C&C, since he's still very much in a WiP stage. 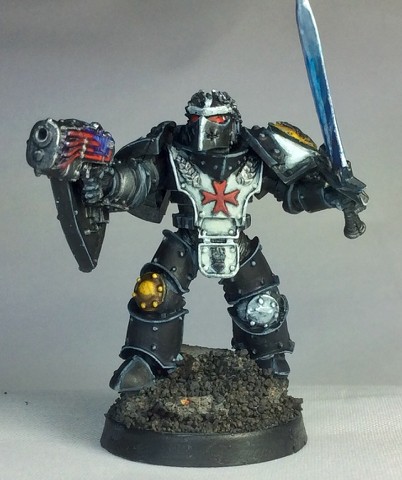 @ Recon - Thanks! I wanted to straddle the line between avatars of the Emperor and vicious, pragmatic warriors.

@ JackDaw - Glad to hear it. Domino Burkhardt is my favorite (and most in depth) conversion to date.

@ Slipstreams - Awe, does it not warrent Raul Julia Bison levels of approval?

@ Noctis - Ah the Templar we all know and love won't be around for another 10,000 years or so. These are my take on their start.

@ Dantay - Excellent! Glad to hear it

@ Kizzdougs - Thanks buddy! How's the paint looking so far?

@ Kol - I was thinking more loosely based on the Knights Hospitaller, or the Templar of Malta and Rhodes for mine. Thus the red Maltese cross and white "tabard."

@ Augustus - Thanks! What say you to paint so far?

@ LionofJudah - See, in the entertaining convo I had with Heinrich before we started this tread, my exact words were "I wonder exactly how little yellow I can get away with?"

So far one knee pad and the FIST circle is the length and breadth of yellow I want on there.

@ Hushrong - Thanks buddy! We'll make sure not to disappoint.

I will say the Templar Brethren kit is an absolute dream to build. The only "downside" is you have to use a MK 3 despoiler squad with them. Any other armor mark of legs (even MK2) looks absurdly tiny with how beefy the armored torsos are.

With that said, those Templars are looking amazing.


Your new avatar should be a mangeko sharingan


Your new avatar should be a mangeko sharingan

Man Flint, they were looking good, then I got to that Champion...

THAT is a champion.

Is he just made from the Templar upgrade kit?

ALso, + 1 for the Knights of Malta reference. I have a feeling that the Soverign Order would find a way to survive until 30k.

The painting is looking great so far Flint. The cuirass and sword blade are particularly nice

"There is no Hell. No Sheol, no Geddon, Nerak or Hades. There is nothing after this world once I tear you from it, and nothing in this world to save you from me." 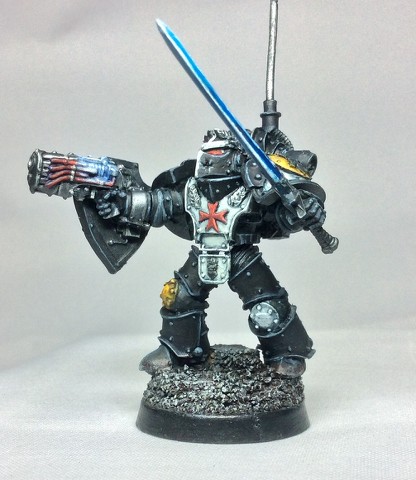 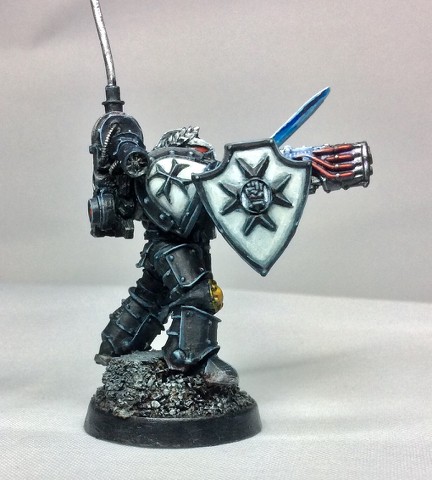 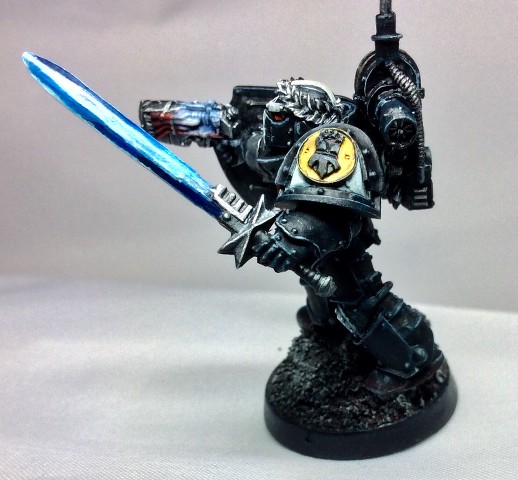 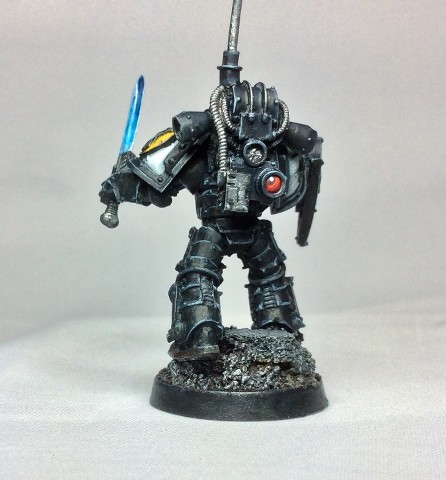 @ Larkyn - Do it! Always happy to see some inspiration

@ Slipstreams - I thought you were already a closet Fist player

@ Roland - Haha, I like the strikeout correction. And thanks for the praise. I feel like Burkhardt is my most involved conversion to date.

@ Kizzdougs - How does he hold up now?

@ Recon - Thanks! I feel like I'm slowing figuring out how black works.

gibber gibber, that black and the white are so damned near perfect.... Nope in no way jealous at all... Love the Sin City-esque almost monochrome feel with a little spot colour here and there...

And the very subtle osl from the plasma pistol looks great too....