Having stood at a distance and having lurked through this thread since its inception, I hope if this humble offering is sufficient to get me into your cool and august club.

Without a doubt, brother. 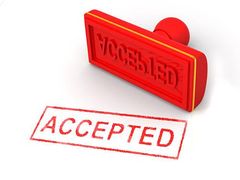 I have a difficult decision to make...

I have 6 chargers and either I put them on tarts with LCS and a hflamer for some horde-control or on a supports quad...or a command squad...

On the Tartaros, no doubt in my mind!

I'd lean that way too but I'm not sure on the effectiveness of the other options vs the Tartaros. Ah, bugger it, the Tartaros sound good anyway.

Tactics question for the MDRC:

Caliver Support Squads - to give them extra CCW or not? I figure if they're getting assaulted they're probably doomed anyway, but it would be a nasty surprise for a non-dedicated assault unit.

There are some where this is a crazy good boon - like WE where they can then have Chargers and Chain Axes, or BA with the extra +1 to wound etc.

Why would you swap power axes for chain axes ? It seems silly

I think we all know where this is going. Choom on every chassis I say.

I must say, brother, that the predator conversion looks perfect. It works so well I am surprised there isn't a proper choom variant in the official rules...

Centurion armed with some choom, did him for the boxing day challenge:

+++This is my Mod voice. There are many like it but this one is mine. I never wanna have to use it, so let's all be excellent to each other+++

I think we all know where this is going. Choom on every chassis I say.

We need to get some BotL in the (death ray) club

Discussion time:
After planning it for a while and the awesome inspiration of seeing one already completed here in the thread I've gotten well under way with my Choomhammer super heavy.
Mostly I intend to use it as a Stormhammer that just looks cooler but may also dabble in some MDRC rules for it too.

All this got me thinking about whether it would be possible for a volkite to work as a blast weapon?
Thy make sense as a multiple shot laser or constant beam but I can't really make a Blast version work in my head fluff wise.
Anyone agree/disagree?

Some kind of rail gun that launches a mini-volkite-turret that beams off in every direction? Think mini-tarantula-launcher?

Short of a Volkite grenade (first suggested by infyrana and then elaborated on by Twisty) that looses off a deluge of beams, an actual blast would probably (in my mind) need the Deathstar-laser tereatment - multiple minor beams focused in towards a main beam as it fires, striking a target with so much energy that they don't just deflagrate, they explode.

Death rays do not mesh well with circular areas of destruction IMHO. What I could see is that some volkite weapons can be "walked" across the battlefield creating an area of destruction either like the template area or like a cake slice. The latter has the  advantage of allowing you to modify the length and ange involved but you would have to introduce a new mechanic.

Death rays do not mesh well with circular areas of destruction IMHO.


"Deception IS the point. Any fool can calculate strength. That one has been doing it from the moment he﻿ saw us. Now, he has to calculate what he can't see. And fear what he doesn't know."

I did run into the same issue when I made my Legion Flambard Special Weapons Tank (stand in for the legion stormblade).

The problem I see with going the volkite-grenade route is that it calls for a "standard" cannon or a linear massdriver, not the destinct visuals of a volkite beam-weapon.

The solution here is to invent a whole new subset of Volkite Armaments of the Teleac-pattern: weapons that, rather than projecting a focussed beam of themodynamic energy induction, creates an area-saturation effect by using partitioned beam-emitters within the weapon that crosses the multiple individual beams at the target location in a staggered sequence a few nanoseconds apart; where the intersecting forces blows out in a spherical blastwave of thermodynamic annihilation. As this mode does not create a focussed beam active for perhaps a second or two there isn't much need to shoe-horn in the Deflagrate rule as without the focussed beam, catastrophic overpenetration of the target(s) does not occur.

Perhaps we can think of a better name than "Annihilator" though...

Death rays do not mesh well with circular areas of destruction IMHO.

Yeah, circular area of destruction wasn't precise. That is one option for the cake slice shape I talked about. I thought the volkite grenade would use a blast template and on top of that used multiple emitters to get that area. A device that turns a single emitter would make sense IMHO, but as a thrown object you would have the problem of orientation.

Did someone order some Choom?
Completed my 2nd 3 Destructors!

Awesome Destructors unerde! Ready to Choom for the Omnissiah!

I'm more and more convinced that Blast type Volkite is too complex for now. Given that does anyone have any suggestions for what kind of rules I should try to apply to the "Ashmaker" Choomhammer guns then?

The plan will to swap all the multi lasers for Culverins which is simple enough rules wise. The front Dual Battlecannon will be replaced by Dual Demi-Culverin and the top Cannon will have a shortened Carronade.

I definitely don't want to use the Carronade rules as it seems mean, and can't decide on what else to use for it. Also tending towards just a Twin Linked Demi culv up front ruleswise.

Then comes the hard part. To convince the local scene to let me play it I will first need points for it. Suggestions?

Use a Chieoroviles rules, maybe?


Use a Chieoroviles rules, maybe?

That's where I'm leaning too I think. Just such a lovely looking gun I couldn't resist using it but there is no in between of the Chierovile and the Carronade.

Maybe I'll trial a few different things out and see what works. I like the suggestion above of the crossed beams creating an effective blast, that or just that it's a massive Ray could work as a small Blast template.

Or maybe even using the model under the middle of the template as copping the full heat of the impact and the ash cloud spreading around them.
So Str 8, AP 3 under the middle and the rest of the blast is just Str 6, AP 4. All Deflagrate rolls are made at the lower Strength.

Why change the statline at all? My suggestion was aimed at producing a fluff-reason for the blast and lack of deflagrate rule so one can keep the units original main armaments.

Also tagged with one or more of these keywords: MDRC, Volkite, 30k