The Brotherhood of the Comet [WS]

Started by Hydriatus , Nov 23 2016 11:01 AM
All Bikes All The Time Chogorian Brotherhood White Scars Chapter

Author's note: As per my personal rules, as an Age of Darkness player I had to have a Traitor force and a Loyalist force!

), I've decided it's time to start working on some loyalists - but what to do? So far, my 30k experience has been a lot of silver, a lot of dark colours, and a hell of a lot of infantry and scenery...

I needed something new, something bright, something somewhat challenging but not to the point I wanted to rip off my hair...

...all bike army of White Scars it is!

The Brotherhood of the Comet

Ursus Khan - Preator, Khan of the Brotherhood of the Comet

Amur Kurin - 1st Kurin of the Brotherhood of the Comet

Now to wait for the FW brass etch for WS to come out! And yes that's an Ullanor ork warboss in the background

Hmm...I actually really like the Stormcast bits. Works well with the Scars background.

The Forgotten- The lost of the 1st Legion

House Romlas- "We are bonded to ruin"

Off to a great start, certainly looks the part!

Need to see some paint though!

Looks like an awesome start man, what were your thoughts regarding painting of the arrow?

Just as a quick thing, here's the list of parts used for Ursus:

Yes, that is the Parthinian Serpent relic

@Brother Pheidias: Sadly, I'm waiting on some brass etch - the 3rd party ebay guys who usually do them don't have any instore, and I want to have the legion symbols at least on the front wheels of that bike

@Hrolf the Cunning: Arrow wise, I'm thinking simple metal really - silver will stand out on the rider amidst the red, white, gold, and bronze. I mean, making it a laser arrow may have been tempting, but he has a quiver full of the things

I've been thinking about ways to represent the White Scare relic since the book came out. I was thinking along the lines of a particularly high-tech weapon that involved "energy" arrows, or probably more "hard light" as respresented in the Halo universe. From a incorporating this into the miniature I was thinking of having the bow with a set of gauntlets or bracers that helped form the hard light arrows for firing as the bow was drawn. This would obviously do away with the need for a quiver. Food for thought I guess. I like what you've done all the same.

Oh wow! That's quite simply amazing, particularly with the posing that it's been given.

I've previously somewhat written off the Stormcast range's use with Marines for a number of reasons ... but there's been a few logs and images of late which are seriously pushing me in the other direction. Excellent stuff, and I like how the Stormcast shoulderpads have also been incorporated in order to really strengthen the howling steppe-demon aesthetics of the piece.

I'm actually looking at making a Praetor now with the Venator/Azyros set due to this. Thanks for the inspiration!

The Forgotten- The lost of the 1st Legion

House Romlas- "We are bonded to ruin"

The bow is an awesome idea, I'll definitely have to steal that.

I have an idea for a practical use though, here's a quick sketch of what I have in mind. Forgive the mspaint quality. 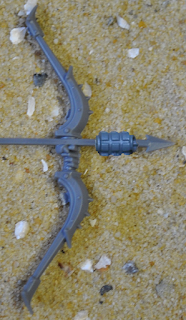 Because that's how the White Scars deliver their grenades.

A 7 foot tall dude with a beard riding a motor bike with built in guns while still firing his 6 foot bow is what 30k is all about.

Time to get back into things! Got 2 minimum size bike squads to assemble, and several cans of Army Painter White Matt spray en route!

In the meantime, have a birdie!

No, I don't know why I made things hard on myself by insisting on it being a Peregrine Falcon.

Here's some progress on my first Troops choice! Mostly regular bikes to keep costs down, with added FW bits, as well as some trophies from various AoS marauder sprues...

Amur Kurin - 1st Kurin of the Brotherhood of the Comet (WIP)

Lookin' good! Can't wait to see them on the steppes.

"Warp energy can't melt ceramite beams, the webway project was an inside job!"

My Thousand Sons army "At The Burning"
http://bolterandchainsword.com/topic/327925-thousand-sons-at-the-burning-army/

Holy moly I never realized how cool the mkV helmets look on bikers...gonna have to make like 7 now