I disagree.
Theorizing about upcoming work from announced authors - fine
Showing your approval or disapproval of announced releases - fine, though I advise to avoid excesses
Talking (yet again!) about already released stuff, especially Guymer and his treatment of the Iron Hands & the Lion as well as Thorpe and the Dark Angels is not part of an upcoming stuff discussion. We had plenty of that in more threads than I can remember. Especially Guymer and his take on Ferrus Manus and the Lion. It is not the first time and the first thread I am pointing at this.

Either go back and continue the discussion in the respective threads or (in recently announced case) start a new one.

That is my advice as a member of the community, who likes to avoid skipping through pages (generally speaking) of off-topic discussions.


Can I just check - it was not ok/off topic for me to ask about Guymer writing a SoT novella (ie thought there was an upcoming book I missed but @DC now explained)?

I think the kind of in-depth author history discussion really doesn't belong on Upcoming, but on a separate thread for the book or subject matter in question. I doubt anybody would object to simple comments like "I'm looking forward to Luther because I liked what Gav did with him in Angels of Caliban", or the likes.

But damn me, I'm with Kelborn, the author "bashing" and mimi'ing to tell everybody and the world that one thinks author x is painfully mediocre and should be kept away from the subject matter is better avoided, beyond the initial reaction to the announcement, as it tends to explode into larger, repetitive discussions all the goddamn time. I could probably name the favorite and hated authors for half a dozen regulars here in my sleep, going by the level of deja vu I feel whenever the subject pops up.

Quick question and quick answer is entirely ok for me as I'm tending to do that myself.

It's basically what DC just said. Though I would've used a different tone/ words, it pretty much nails it.

For each and every release of BL, we're (the community) creating a seperate thread to talk about it and such.

Reactions like "Yeah, cool stuff! I'm excited!" or "Nay, nothing for me" is, as well, entirely alright.

In-depth discussion about authors and their previous work can be done in said related threads. If we want to talk about Gav, go ahead and create a seperate thread covering this new announcement.

But flooding an entirely unrelated thread, which purpose is to inform about - and I quote the thread title - "Upcoming BL stuff" should by all means be avoided. That's where the appropiate threads come into play. Nothing more, nothing less.

I'd add to that another case regarding previous releases: *Simple* questions/info on if book x coming up requires reading book y, or that it might tie into plotline z. That's still relevant to the upcoming title (especially when it is a direct sequel), although anything in more depth than the basics is still better discussed in its own section, especially to avoid the whole spoiler situation.

@kelborn ok not trying to make an issue here but you told me you disagreed with me but now say the question I asked was ok? So am confused!

I said I thought something was ok to ask then asked it (signified by ...). Maybe I should have posed it as “I hope this is ok to ask...”

Just trying to get clarity because I thought @DC was saying Guymer was doing a SoT novella and that was news to me (it would be an upcoming book)?

I wasn't referring to your question alone but the overall situation and all the recent posts in here.

Your question to DC was ok, don't get me wrong.
It wasn't about your post alone.

Sorry for the misunderstanding.
If there's still something you want to have me clarified, we can do so via pm.

On topic - anyone notice the actual cover of Nexus was not the awesome spaceship one that was doing the rounds? I am disappointed by that. It had similar style to the Bloodlines cover and both were awesome.

Also why no Reverie by Fehervari?

Yeah, I was annoyed with that too. Space ship covers are pretty popular on scifi books these days, and this one looked very neat.

As for Reverie, they're probably keeping it for the big Horror Year 2 rollout announcement

On topic - anyone notice the actual cover of Nexus was not the awesome spaceship one that was doing the rounds? I am disappointed by that. It had similar style to the Bloodlines cover and both were awesome.

Also why no Reverie by Fehervari?

What is this spaceship cover?

i don’t know how to put pics here?

Was posted over here in the upcoming releases amazon roundup 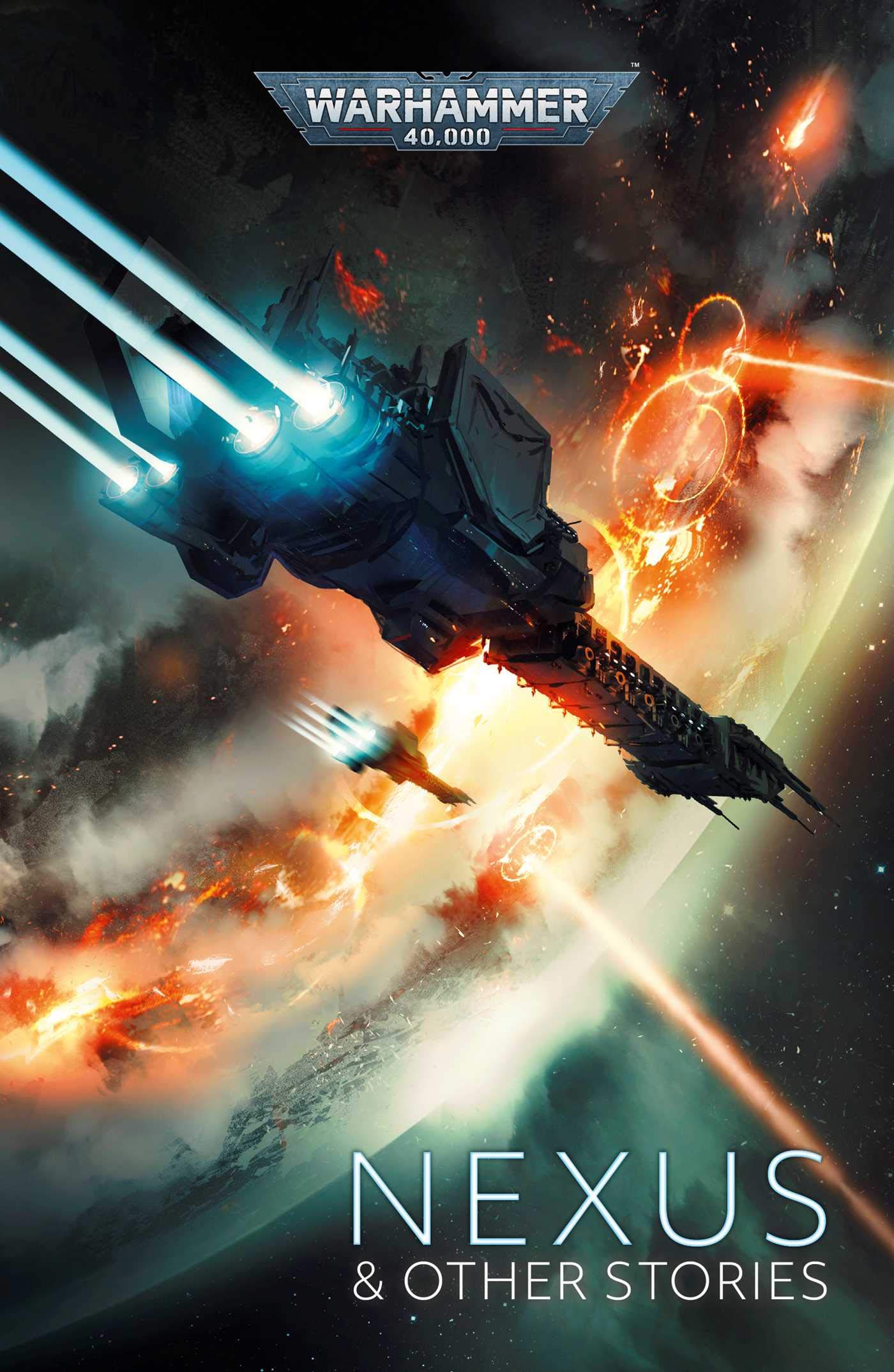 Oh man, that's a much better cover. Unfortunate but I can see the rationale, with a UM vs necrons story they wanted something a bit more obvious. From the description and the big 'Start Here' tag it looks like BL/GW want a 9th edition Crusade or Hammerhal, books for folks fresh to the scene.

Nice cover. Hope it gets a use somewhere or it will be a waste.