By tradition, there are eight Grand Masters of the Grey Knights.  Each is the spiritual heir of one of the eight founding Grand Masters all those long millennia ago.  To reach this rank is to have battled on ten thousand worlds, to have slain Daemons unnumbered and to have stood stalwart as an unfailing example of honor and purity, not only to your battle-brothers, but to every soul in the Imperium.  Even then, a new Grand Master can only be appointed by the will of those whose ranks he would join.  Before he can be raised, those already established must be unanimous in approval.

​Grand Masters hold responsibility for maintaining the Chapter's many alliances, whether with other organizations within the Imperium, or the various alien races with whom the Grey Knights have covert dealings.  The actual detail of such treaties, pacts and accords are worked out by the Chapter's scribes - a warrior's time is too precious to be expended on such bureaucratic detail.  The Grand Master's chief role in these matters is to attend in full regalia of war.  He speaks as little as necessary, his grim and martial aspect a stark warning to any who would think to abuse his Chapter's trust.  The threat in his manner is clear: betray us, and a thousand warriors such as I shall seek revenge.

Of course, as one of the Chapter's finest warriors, a Grand Master's principal duty is to take charge of those battles so pivotal or perilous that even the hardened warrior-skills of a Brother-Captain are deemed insufficient to the task at hand.  Such a campaign is sure to see the Grey Knights at the very pinnacle of their abilities, for a Grand Master has a keen eye for strategy, and uncanny skill for ensuring his troops fight at peak efficiency.  Under a Grand Master's guiding will, a Grey Knights strike force will often adopt non-standard doctrines with a precision and speed that is nothing short of uncanny.  Indeed, it is said by some that a Grand Master is apt to control his subordinates' minds if it will bring victory.  Others claim it is simply the hallmark of a remarkable leader, and who can say where the truth lies?

Brother-Captains stand amongst the Chapter's foremost warriors, and are second only in rank and battle-skill to the Grand Masters themselves.  Each has proven his worth time and again, both as a leader of battle-brothers and as a fearsome fighter in his own right.  Brother-Captains are almost exclusively appointed from the ranks of the Chapter's Paladins.  Only these most experienced of warriors can be said to display both the martial and strategic skills that a Captain must master.  That said, exceptions have been made for exceptionally valorous and capable battle-brothers, for the Grey Knights are nothing if not pragmatic.  Procedure and tradition are all very well, but it is the mission that matters.

Each Brother-Captain has authority over on elf the Chapter's Brotherhoods, and thus has one hundred of the galaxy's finest warriors at this direct command.  In matters of strategy and planning, a Captain answers to no-one, not even to the Grand Masters.  His is a heavy responsibility, and one undertaken with sombre dignity.  To command a Brotherhood of the Grey Knights is to command power itself, and in lesser organizations, unrestrained control of such power could, and often does, lead to the corruption of the individual in question.  Yet a Brother-Captain of the Grey Knights is above such things.  After all, when one's soul is hardened against the promises and blandishments proffered by Daemons, then mere mortal temptations are easily set aside.

​Upon the battlefield, a Brother-Captain's place is in the very heart of the fighting, for what example can he set for his battle-brothers unless he stands shoulder-to-shoulder with them?  Yet even while the Captain strikes at the enemy with storm bolter and Nemesis force weapon, his mind is set to directing his forces towards the greater victory.  Indeed, as part of his training, a Brother-Captain will learn how to make psychic contact with his warriors, even amidst the glamour of battle, the better to ensure that reinforcements arrive precisely at the time they are needed.

By his deeds, each Brother-Captain will have earned honors and titles other than his formal rank.  Some of these are traditional to the Chapter, others are unique, awarded by the Grand Masters for acts of valor, and by their form serve as a truncated history of that warrior's achievements.  So it is that a long-serving Brother-Captain may be known by as many as a half-dozen or more titles.  None have accrued so many as Aldar the Bold, whose traditional title of 'Keeper of the Light' has been supplemented by no less than a score of other honorifics, of which 'Slayer of the Bloodbeast' can be considered the least, and 'Liberator of the Solipsis Sector' is by far the most prestigious.  Whilst such a weighty roster of honors can lead to ponderous moments at the Grey Knights' high feasts (when each Captain's titles must be announced in full) they stand as an important example of duty and heroism to all the Chapter's Battle-Brothers.


This thread is dedicated to both the Grand Masters and the Brother-Captains of the Grey Knights Chapter.   Members of Titan are encouraged to post pictures of their own Grand Masters and Brother-Captains, provide their own fan-made fluff for them, and, once 9th edition is released, to share their preferred Tactics, Tips, and Tricks related to using them in games of Warhammer 40k.


EDIT:  Please post pics of your completed models here; Work in Progress photos can go in the Halls of Titan thread, instead.

This is my take on Grand Master Voldus. I will one day paint some script on his scroll work, but the word "busy" doesn't even come close to how much stuff I have to do these days!

Work out your own salvation, with fear and trembling.

"Already, you exalt me for my triumphs, when I ask only that you remember me for my treacheries.
Victory is nothing more than survival. It carries no weight of honour or worth beyond what we ascribe to it.
If you wish to grow wise, learn why brothers betray brothers."

"One unbreakable shield against the coming darkness, One last blade, forged in defiance of fate,
Let them be my legacy to the galaxy I conquered. And my final gift to the species I failed."

Inscription upon the Arcus Daemonica, attributed to the Emperor of Mankind "I miss using Sly Marbo. I like to think he is still somewhere in the codex, but no one can find the page."

You guys are offensively good painters

My own humble addition, Brother Captain Ferris of the 7th Brotherhood:

Nice GKGM / BC contributions, everyone !  Here's mine...he also doubles as my Draigo...

What is best in life? To crush your enemies, to see them fall at your feet -- to take their horses and goods and hear the lamentation of their women. That is best!

Just realized that I never put my own Voldus in this thread (that I initiated, years ago).  He probably was still with the painter.

My Kaldor Draigo, I'm not a fan of the official model, so I put this together from the GK Terminator kit and a few other bits and pieces I had lying around. 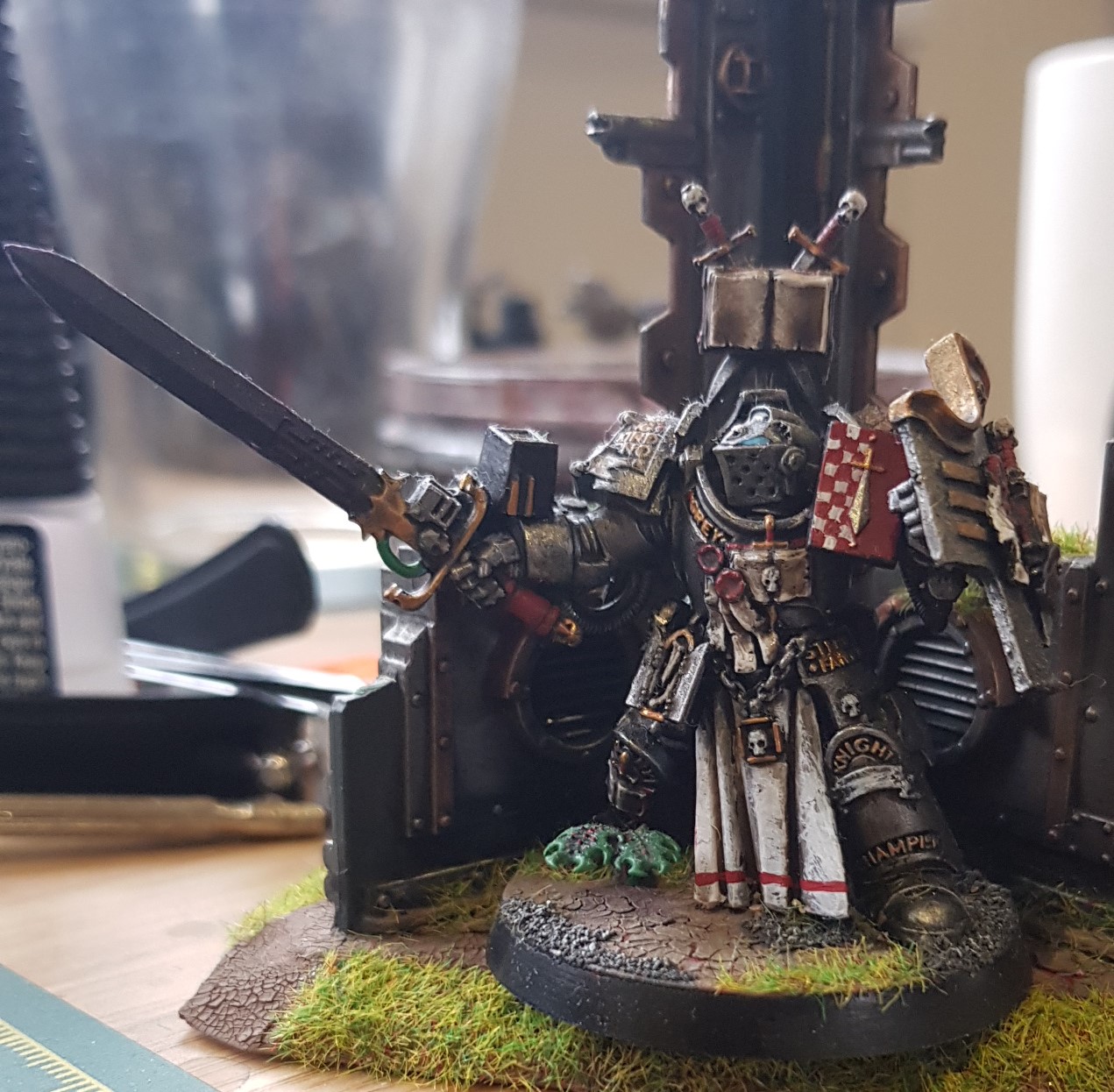 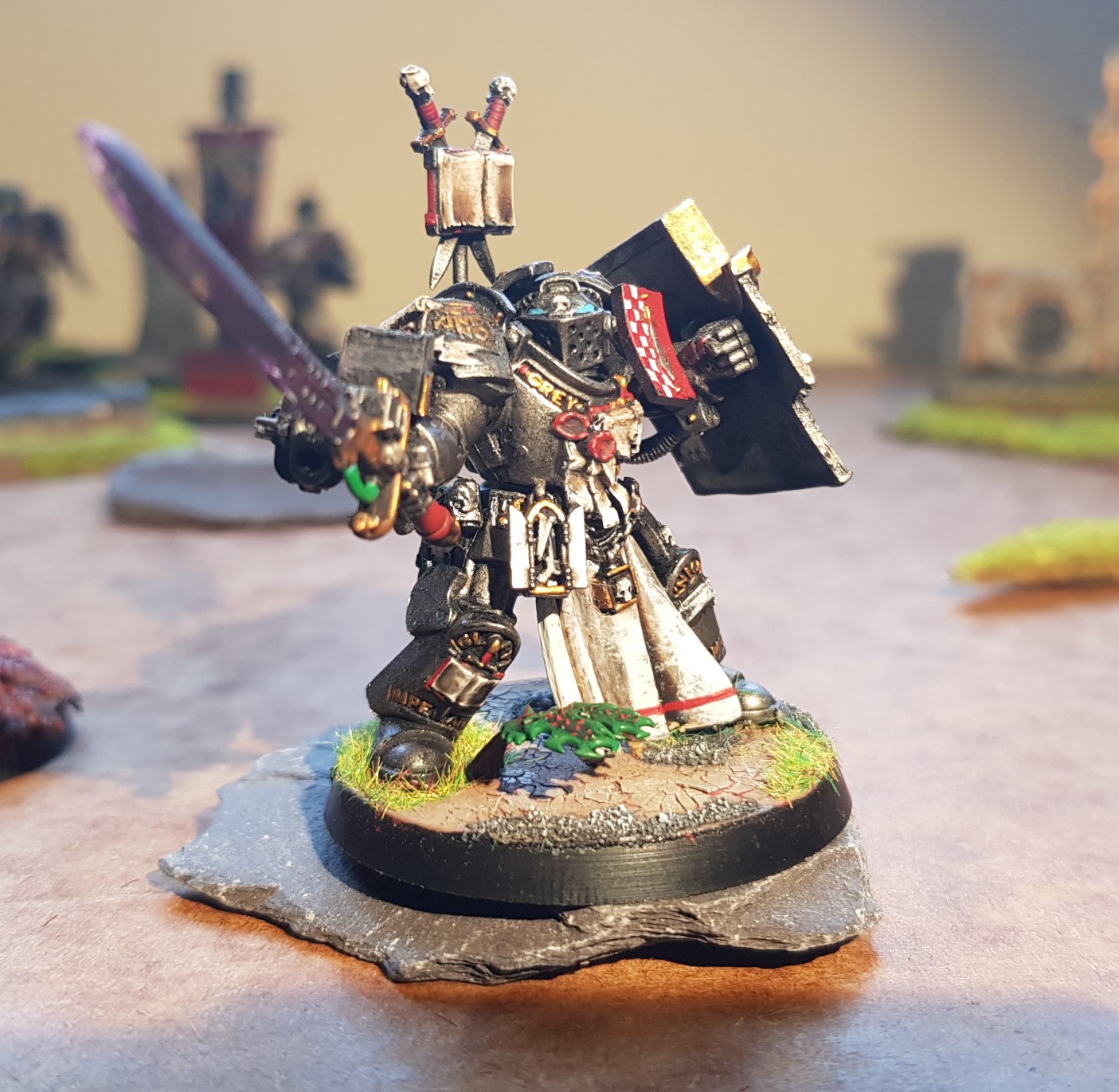 Hello! I post here some photos of my Voluds. I panit him this past month ( the base isnt the final one yet, is only provisional). I know the photos aren't the best but my skills with the camera and light are below 0 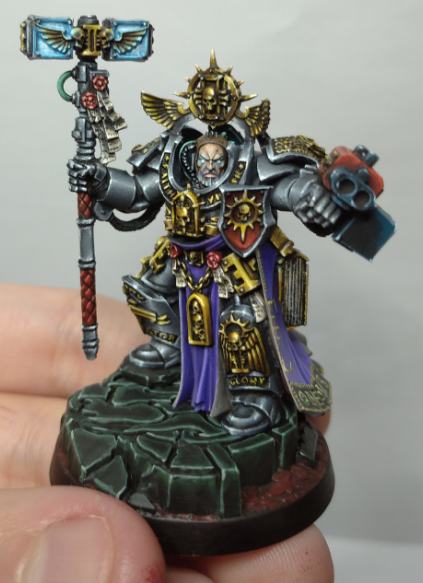 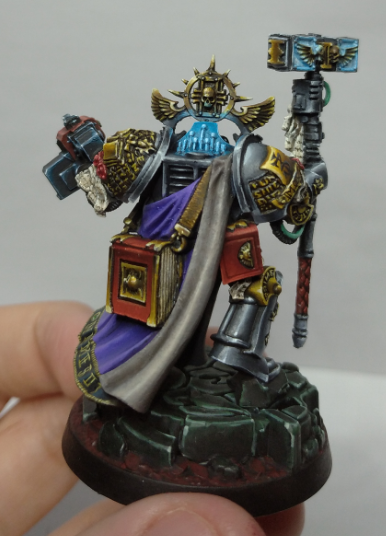 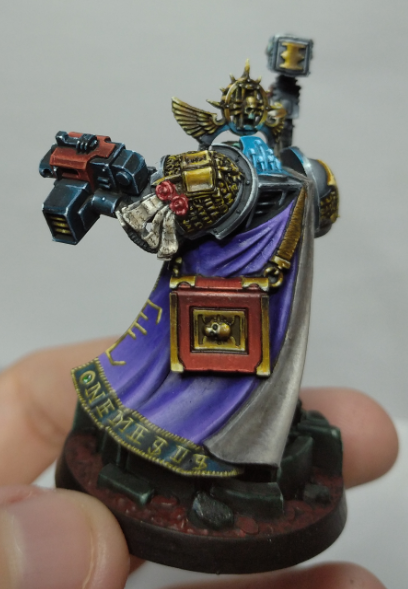 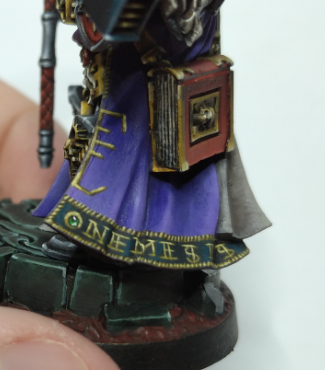 Beautiful work, brother - I think I need another 3-4 years before I could paint at that level

My humble submission. A yet to be named grandmaster. Hopefully he does some cool deeds to assist with a name.

why thank you! And indeed it is. Seen someone else do it so stole the idea.

why thank you! And indeed it is. Seen someone else do it so stole the idea.