The Blade Unsheathed -- A Craftworld Plog

In preparation for the upcoming Xeno Files event, I've been painting some of my long-dormant Eldar.  And by long, I mean long, since I haven't put paint to brush on most of these guys since I bought most of them in late 3rd or 4th Edition and haven't put them on a gaming table since 5th.  Just to be clear, none of these are part of my Xeno Files vow, these are just... warm ups.

I'm painting my Eldar in a personal take on the Craftworld Altansar scheme.  The studio scheme is too bright and too. . . pink. . . for me.  These are Eldar who have been lost in the Eye of Terror for 10,000 years.  Since emerging back into real-space, they've been treated as pariahs. . . and not without good reason, seeing as how they refuse to un-helm around outsiders.  They're sinister and frankly they should be, having been trapped within a hell-dimension with their very souls at stake.  So I'm going with dark colors, lots of black accented by a dull golden metallic (aka Hashut Copper on a base of Warplock Bronze).  The non-Aspects will feature Sanguine Highlight from Privateer Press' P3 line as it is a decent pinkish-red that remains suitably dull.  This will also be used as an accent color on some of the Aspect Warriors to further tie them back in with the rest of the army.

So with no further ado, here are some of my works.  Some are presented in WIP-to-finish format, others are still being worked on.

Maugan Ra, the Harvester of Souls: 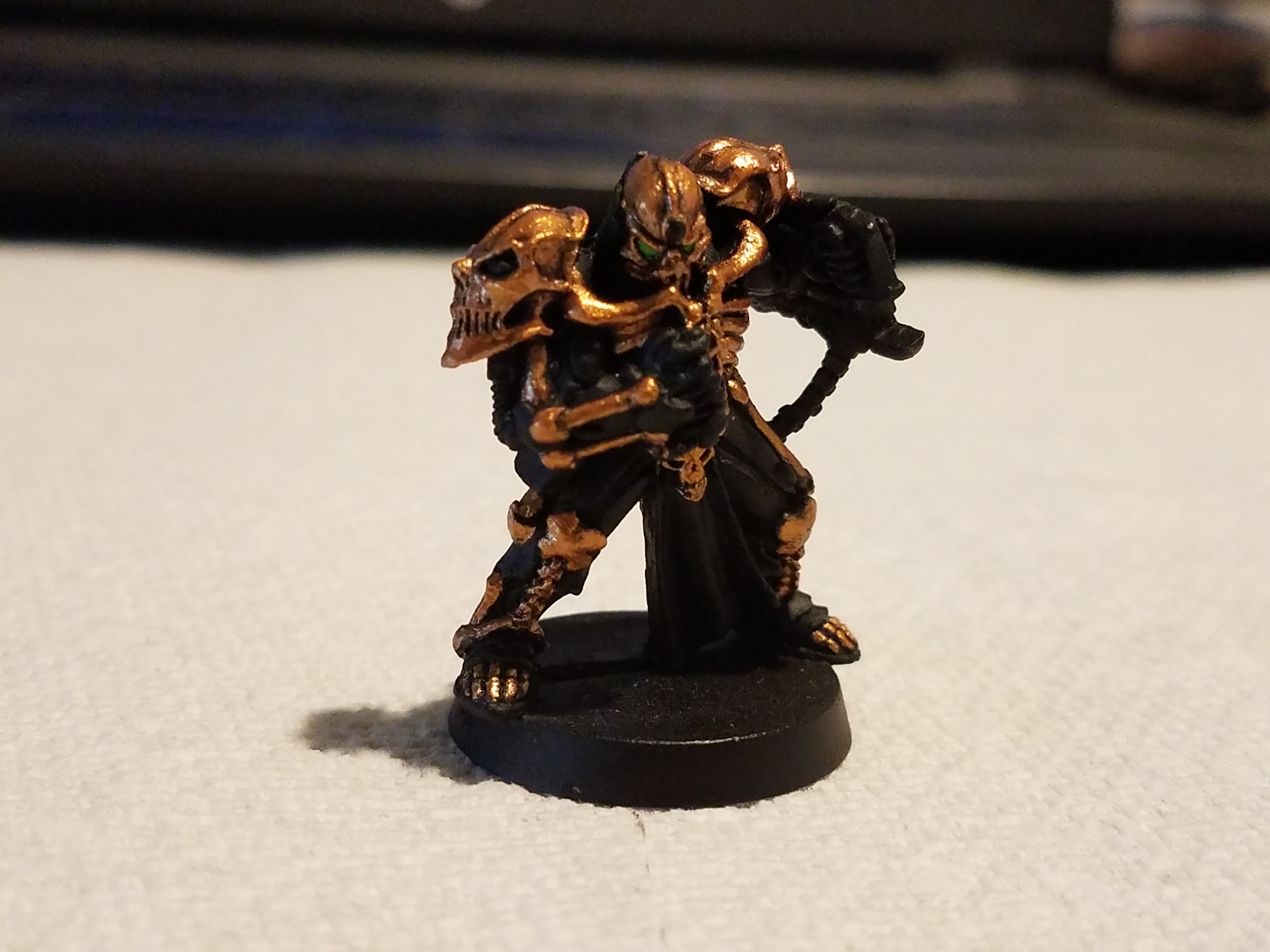 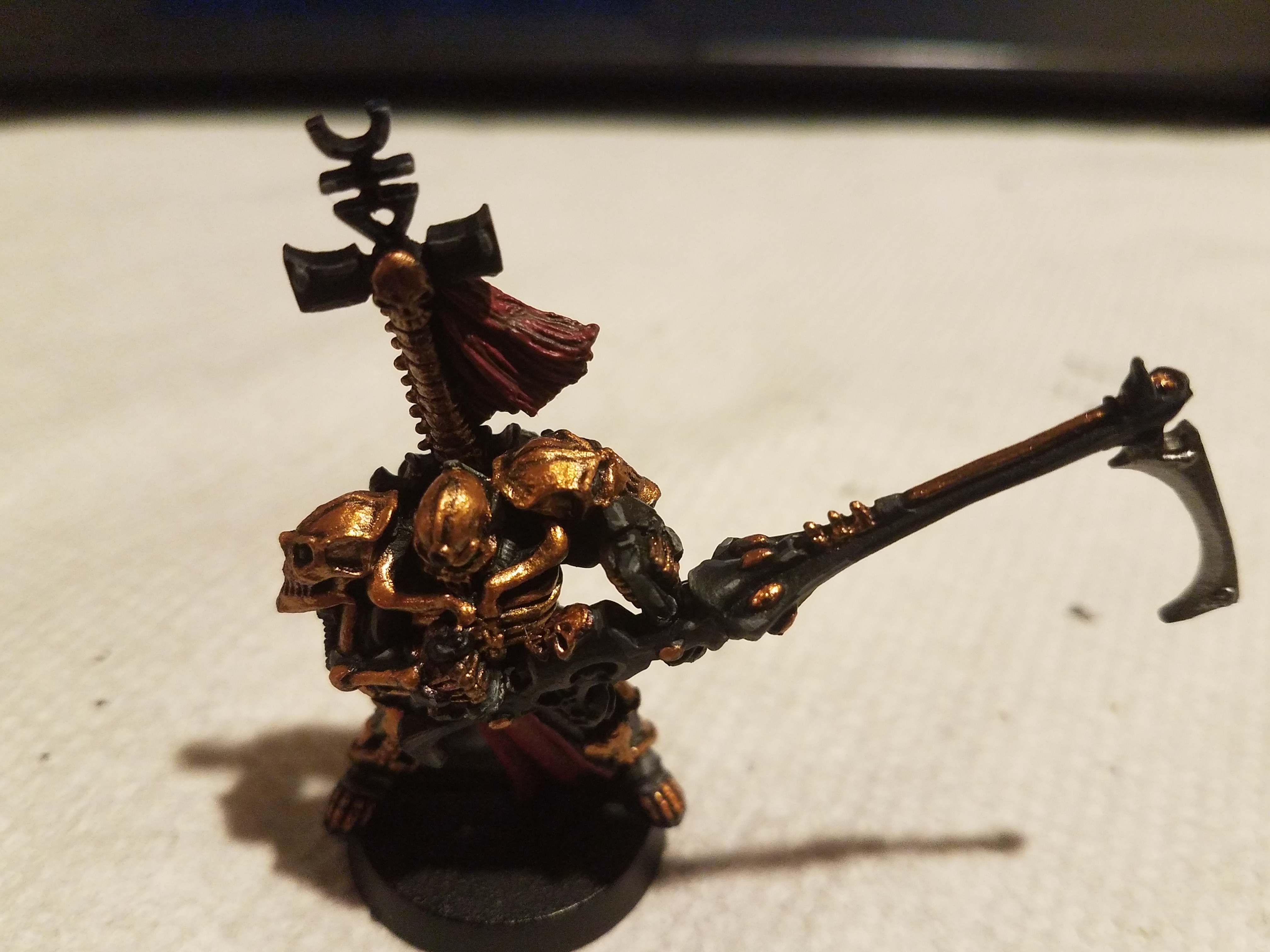 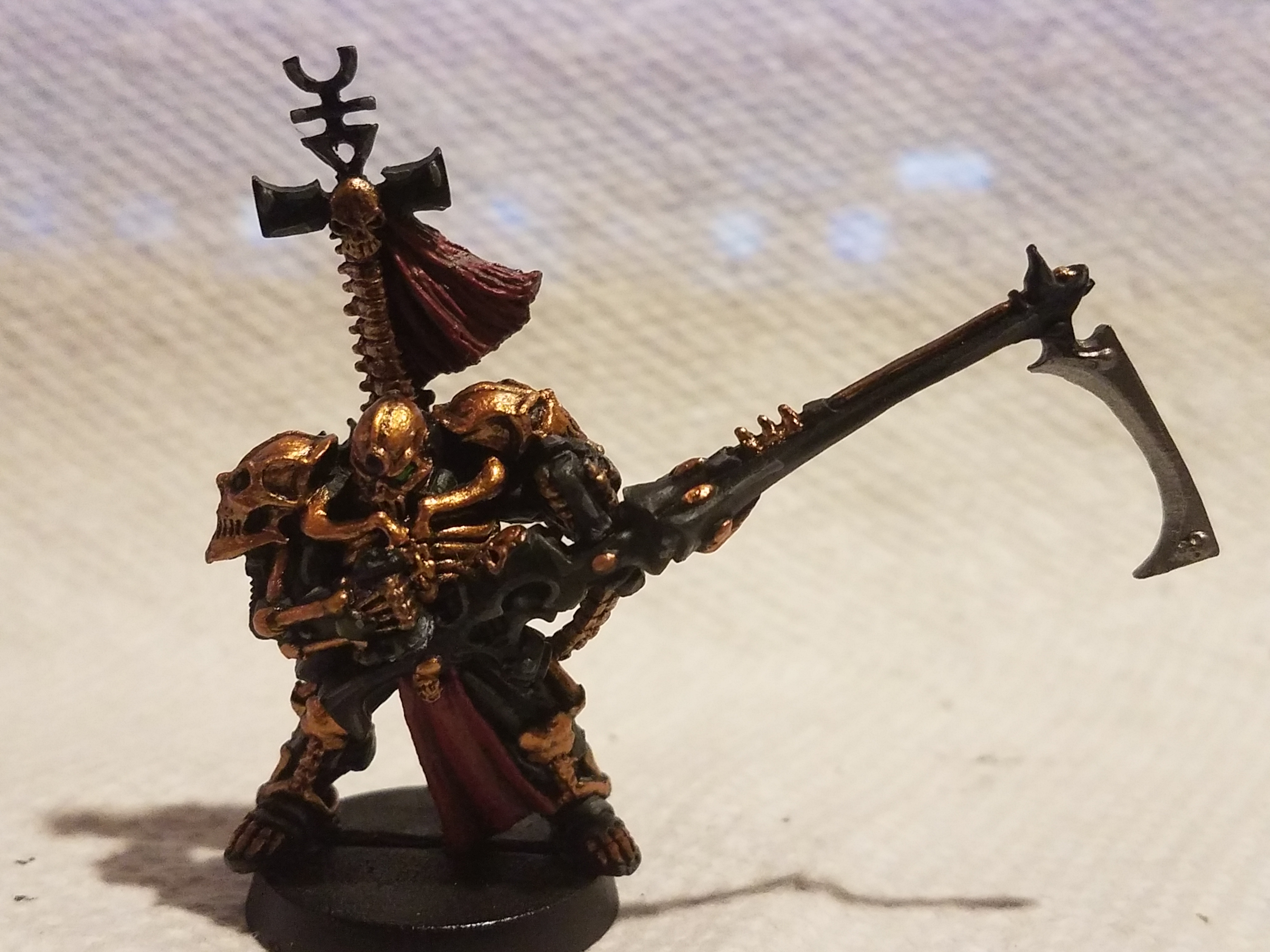 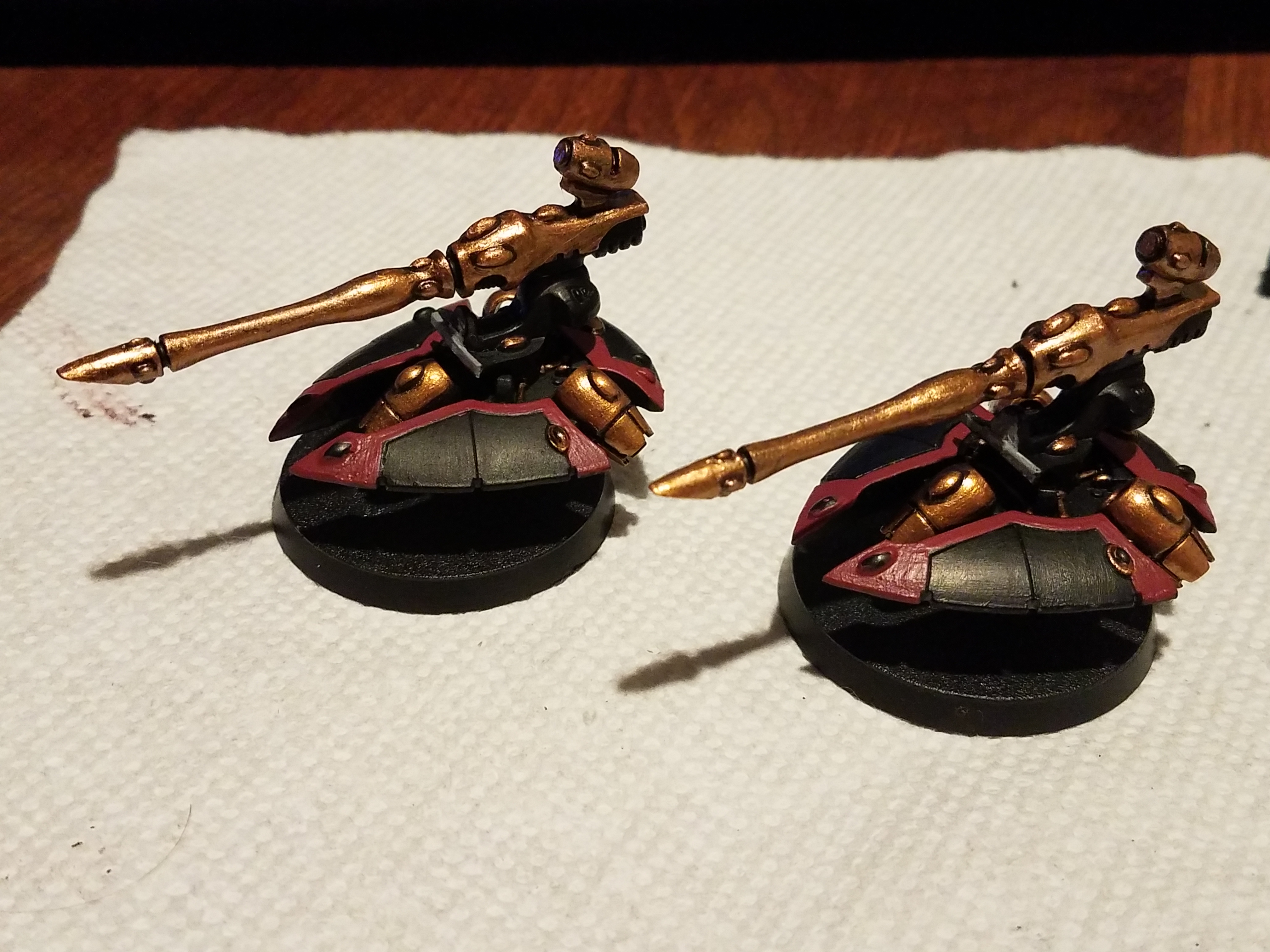 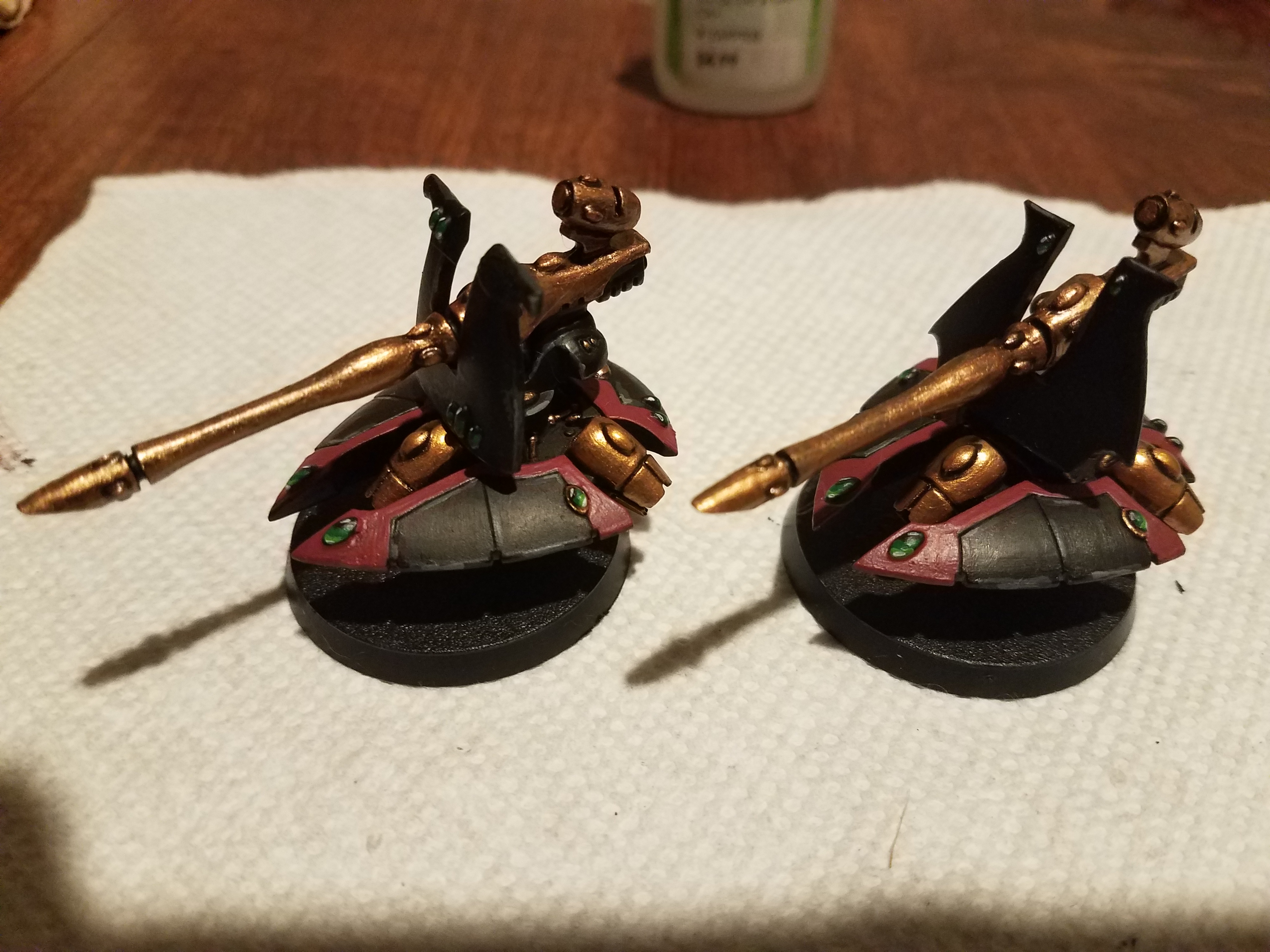 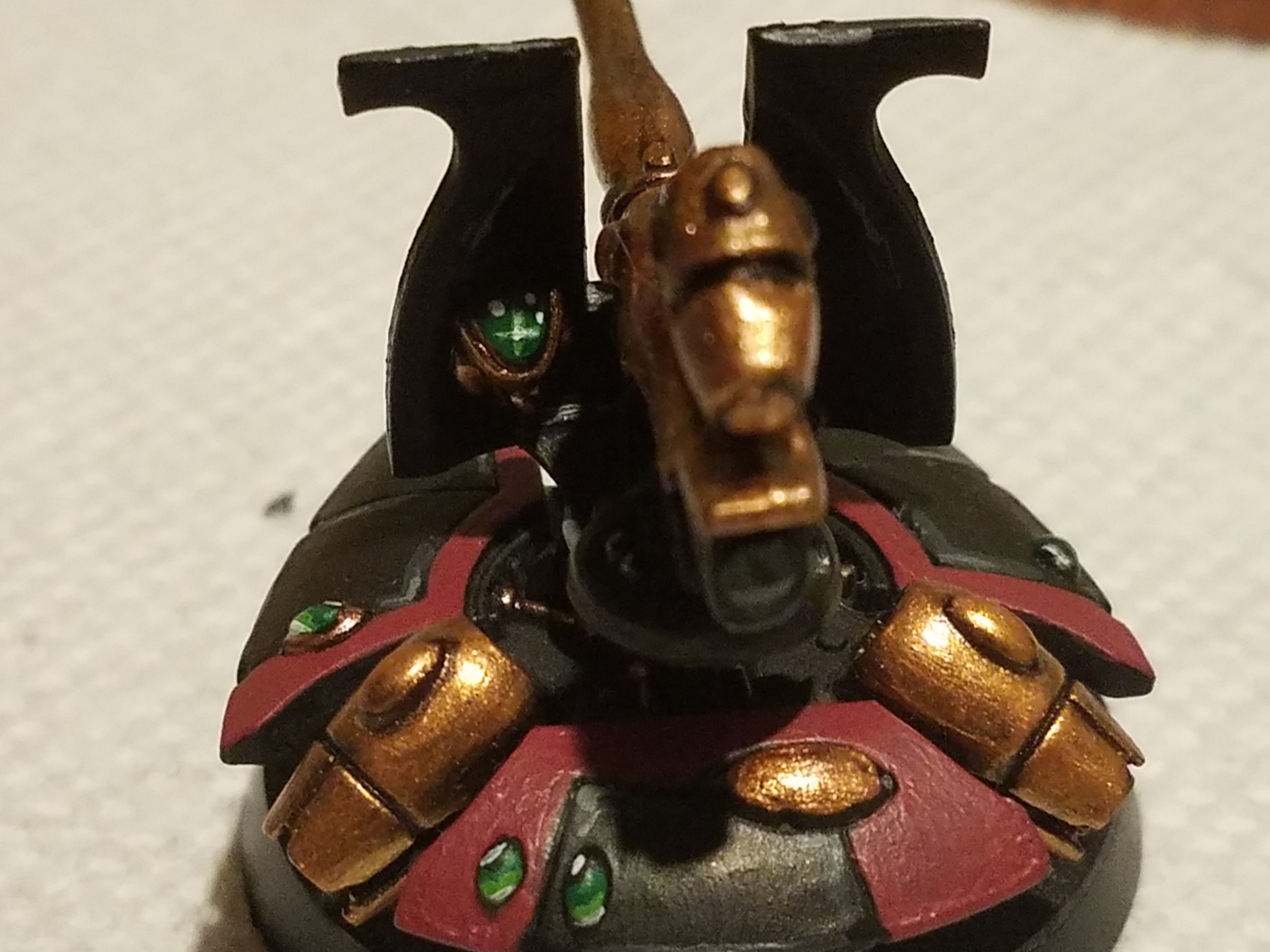 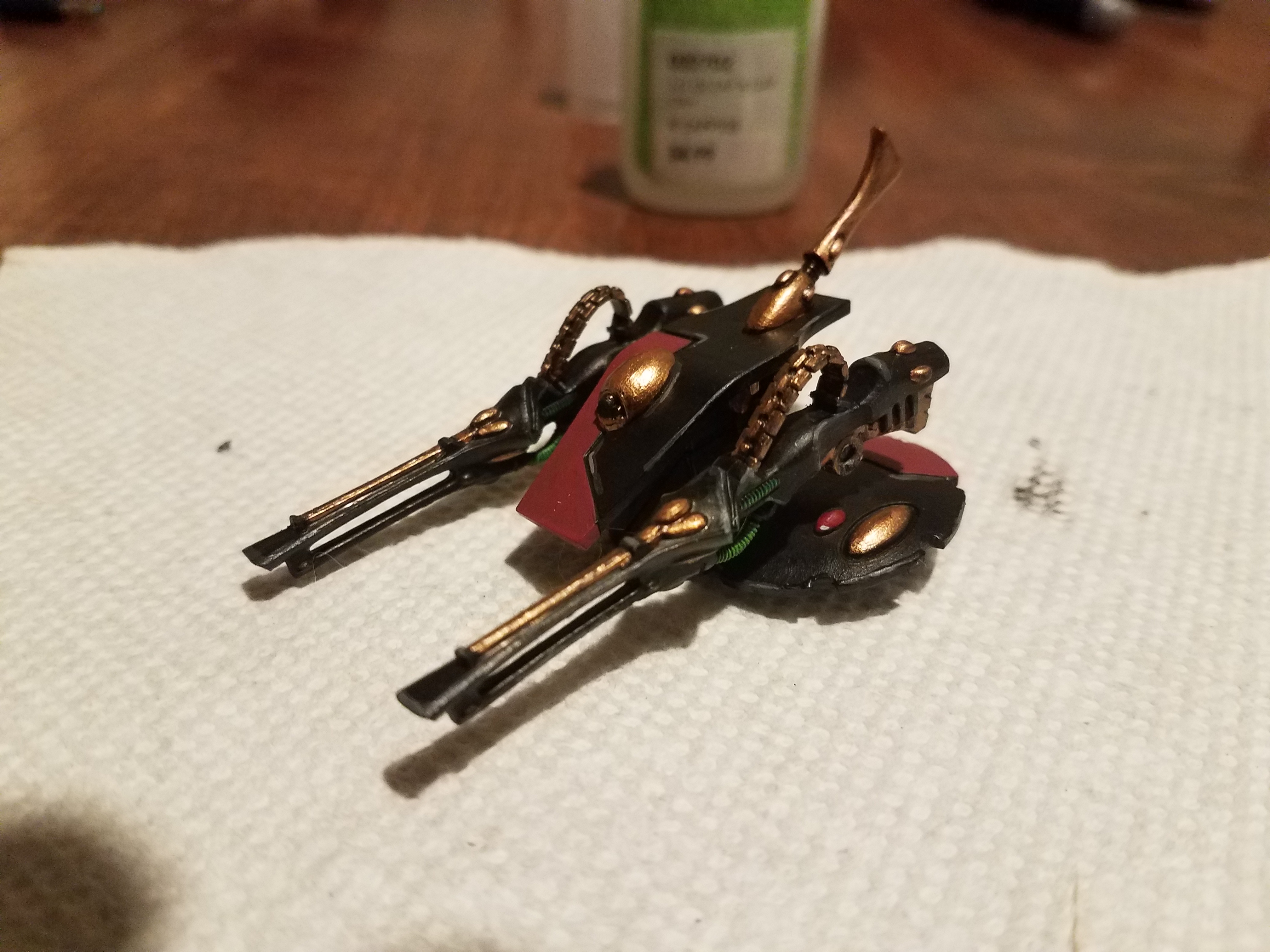 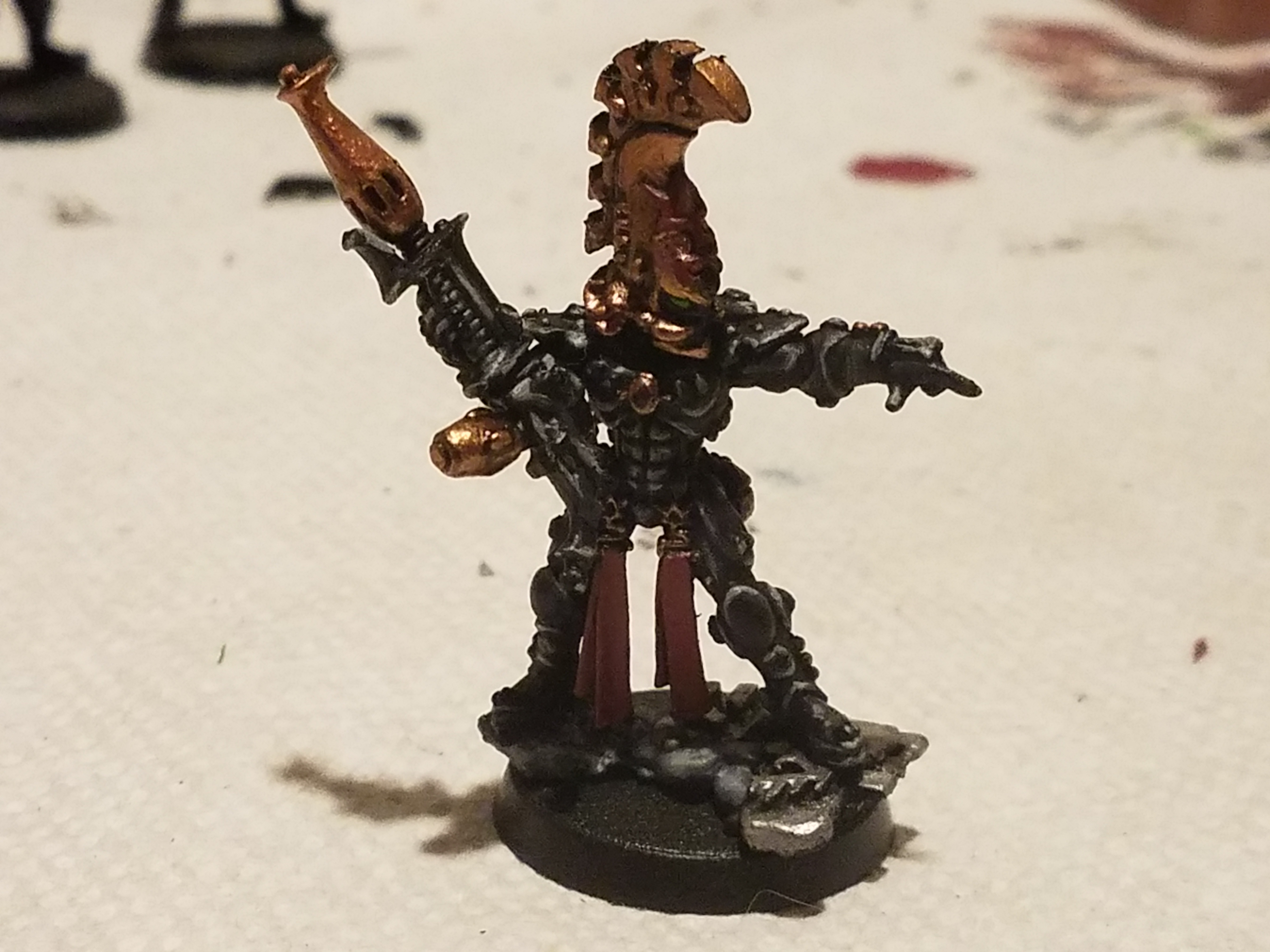 Me likey! I like the mix of colors you have here and the background reason for it.

I also think it's just great to see Ra.

Unique and ominous scheme for Eldar, off to a nice start. Great job on the spirit stones in particular