358 replies to this topic

I know I've been silent on my vow but it's coming along. All 3 land raiders have had metals and washes done as well as the primer and base. Now time for some details and highlights when I get another hobby moment and we can wrap it up.

I TrawlingCleaner rise to the challenge of E TENEBRAE LUX on the side of the space wolves and vow to complete 1 Njal Stormcaller, 2 squads of 5 grey hunters with a Wolf Guard each, for the glorious Sons of Morkai. The total value is  344 points on or before August 1st, 2018. Success will bring me eternal glory and failure will doom me to wear the Badge of the Oathbreaker until the year-end.

Excellent stuff! Keep the momentum going guys - you need as many fist vow completions as possible!

Second vow complete! Dunno if I'll have time for a third...

I, Lord Blackwood, rise to the challenge of E TENEBRAE LUX on the side of the Vlka Fenryka and vow to complete the listed Force of total value 345 points on or before August 1st, 2018.
Success will bring me eternal glory and failure will doom me to wear the Badge of the Oathbreaker until the year-end!

This Vow Will consist of
1 Knight Gallant  @ 345 Points I was going t do the base colour on the plates, but that didnt work out, as you can see I am a messy painter.

New plan is to varnish and mask the metallics, then do the armour plates again with the airbrush.

Hoping as the main bodies are all metal construction, they will get done pretty fast.

What symbol should I put in the cog on the Atropos' chest plate? 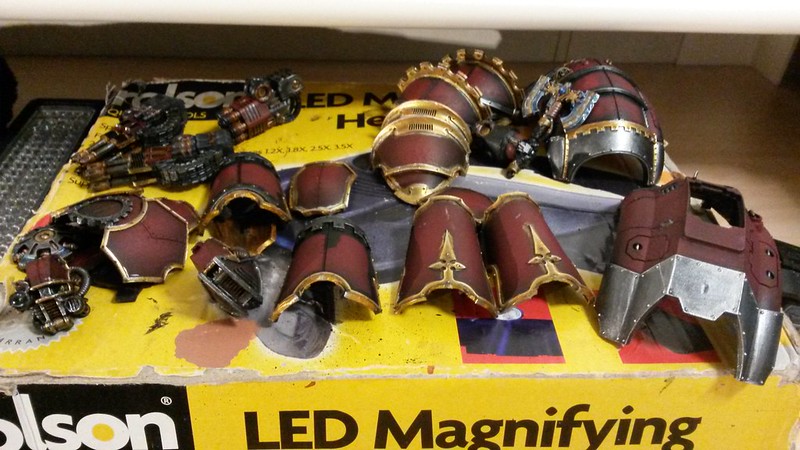 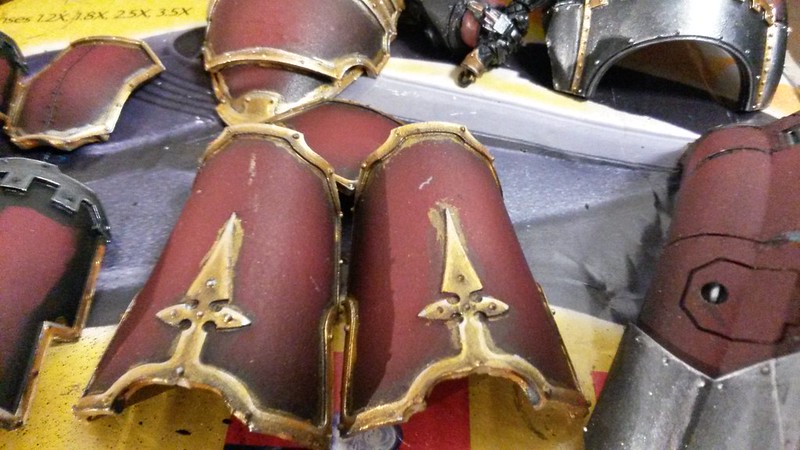 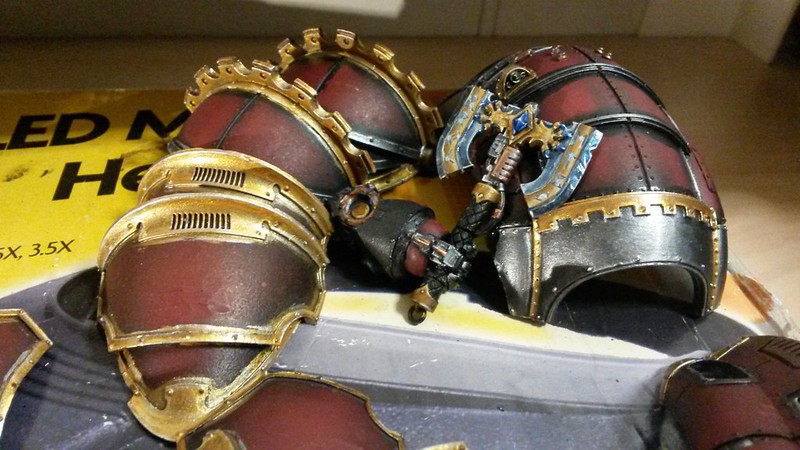 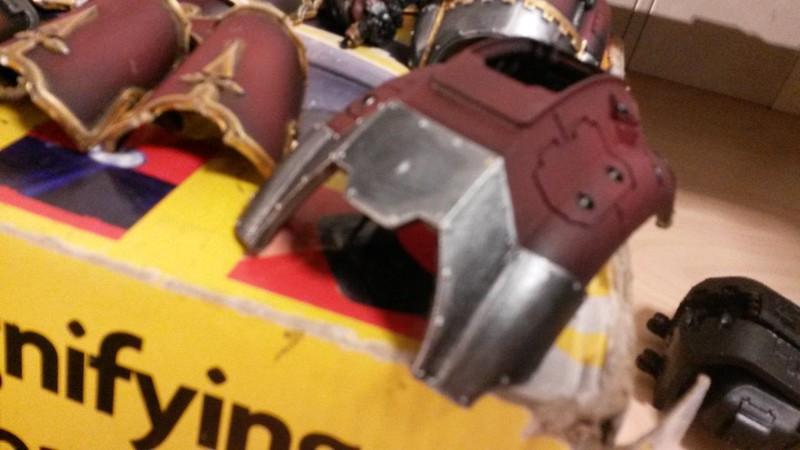 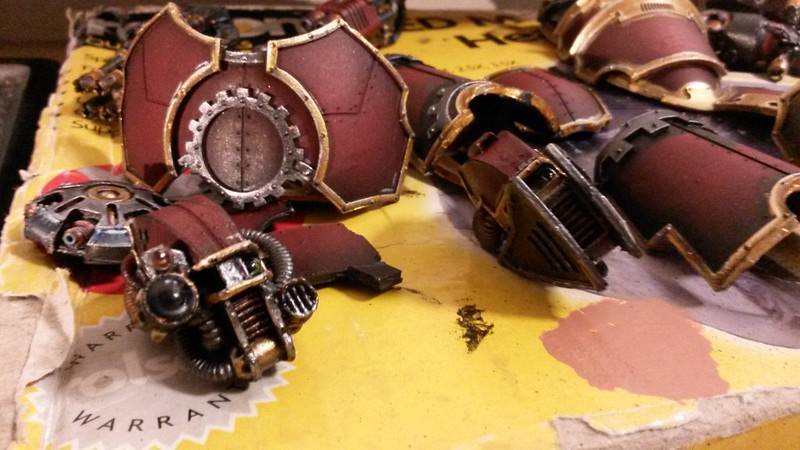 something industrial  , for some reason I  am ( maybe unfairly )  associating your knight house with your job

No the Knights are not job-related, just ones I like the look of.

The Atropos will be the master of the forge, so I have decided to use a variation of that marking on the right side of the chest panel, while the left side will have his personal heraldry mark

The centre is too small for the house symbol, especially with the split, so, not sure what to put there... A skull like the symbol for the Omnissiah?

I am avoiding aquilas, at least for now. Using them as allies for my Wolves, but at some point want to transform them into an army in their own right and they may end up facing off against loyalist troops, so having no chaos or aquila markings works quite well

My vow has 3 parts to it

Part 1 (the dreads and most of the points) is completed

Mines definately coming, baby’s strapped into the bjorn and we’re jamming out!

My Third Vow Is Complete Getting ready for the kickoff of our work league I  have also been painting Vostroyans
Red on the tilt shield Means Blooded in the New Edition. I'm trying! It's hotter than Vulkan's freshly lava dipped underpants here. I diluted my paint, two parts paint to one water as usual, paint on my pallet was dry in under a minute. I'm Welsh for Emperor's sake. I'm not used to this chaos cursed heat! I have snow bases for a reason! Aaaargh!

''The All-Father wove the skein of your life a long time ago. Go and hide in a hole if you wish, but you won't live one instant longer. Your fate is fixed. Fear profits a man nothing' - Herger the Joyous

''Luck often enough, will save a man, if his courage hold'' - Buliwyf

My Second and Last vow is completed:

Grogg for every body!!!

Congratulations to both completions!

Well, not complete but coming along. Primed, washed and dry brushed...

Now for the Cyber-bits and faces...

Congratulations to both completions!

Next up is my wolf guard biker unit (which I can't find a left handed TH for might need to swap to a PF and decrease points or figure out a kitbash).

That should go quickly and wrap up my vow #1

Found it on ebay as part of a devastator pack

BROTHERS! I, Gemini, Declare my vow COMPLETE! Enjoy the pictures and I never want to paint that much white fur EVER AGAIN....

Worry not. I am progressing. All armours done and moving into pelts and bronzes.

OK I need some guidance here. I think I can get another SMALL vow done by the end of ETL. However that's NOT going to be more than 100 or 200 points. Would it be better for us to just leave things as they are or add another completion but hurt the groups VERY HIGH 'average vow' statistic?

With a savage howl I declare my vow complete!

I'll have more pics in my WiP thread so i dont spam the thread. Thanks so much Captain for putting this on, the motivation is outstanding. The completion rate the past two months has been my best in almost 20 years....