Over the last couple of months I finally decided to get off my arse and get an army done for 8th edition.

This summer just gone, I bought Dark Imperium and, after a bit of press-moulding, added the Blood Angels chapter symbol to all the left shoulder pads.  After a fair amount of procrastination, I started painting them early September.

I since added the marines from the two recent 2 player sets plus a few extra boxes.  I'm now sitting on a decent sized (all Infantry) army that I can continue to expand as more Primaris models get released.

So, here they are: 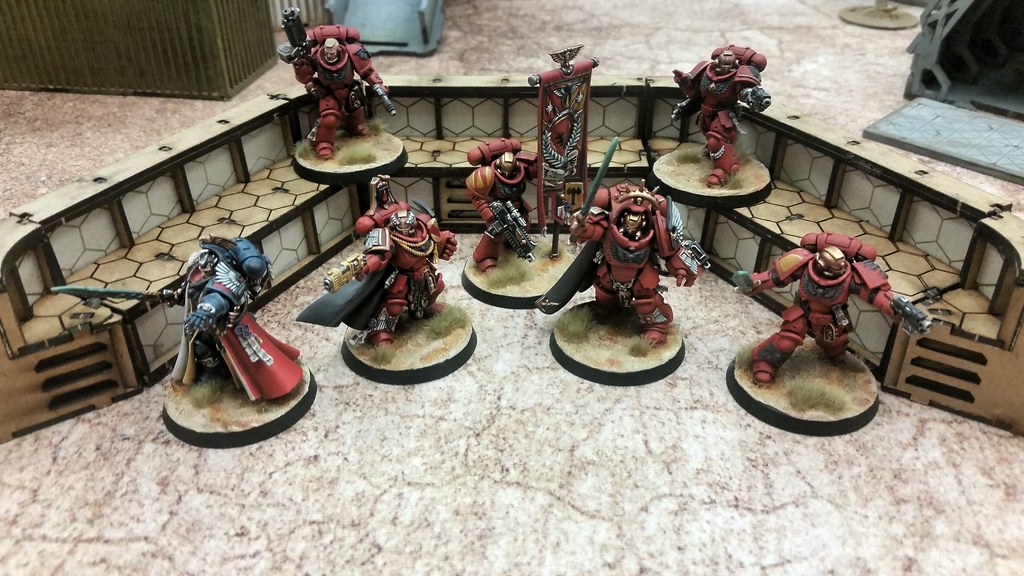 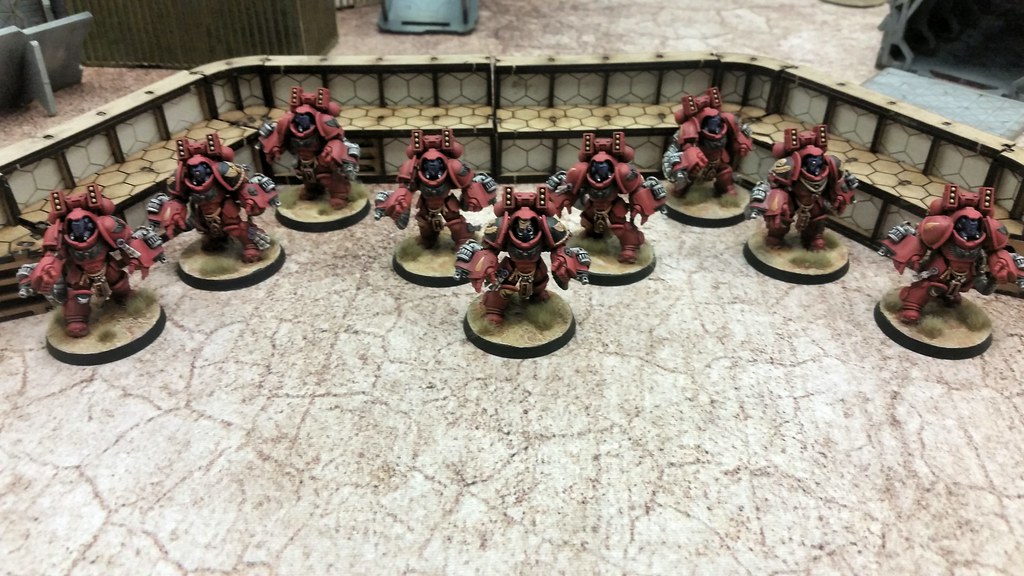 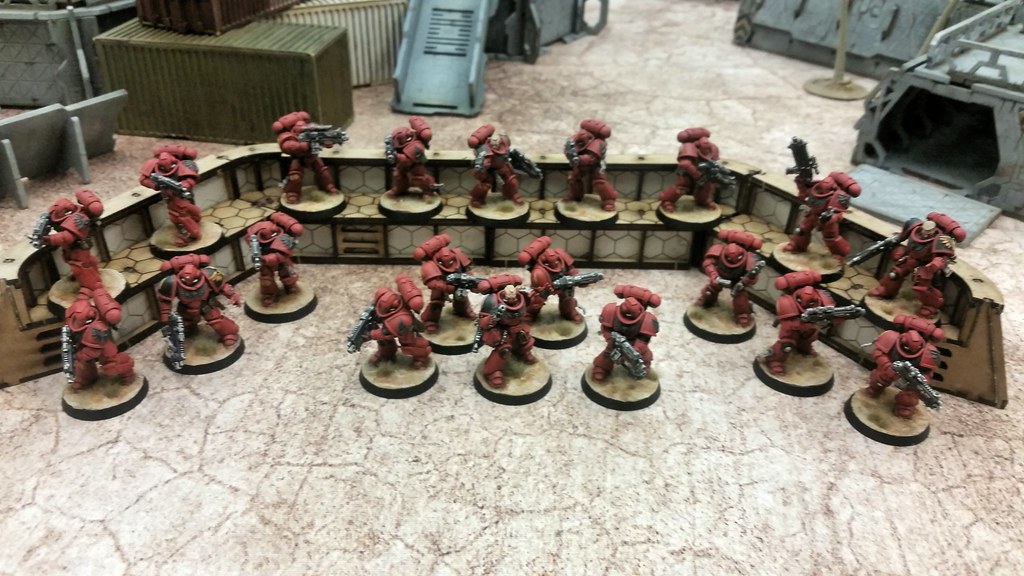 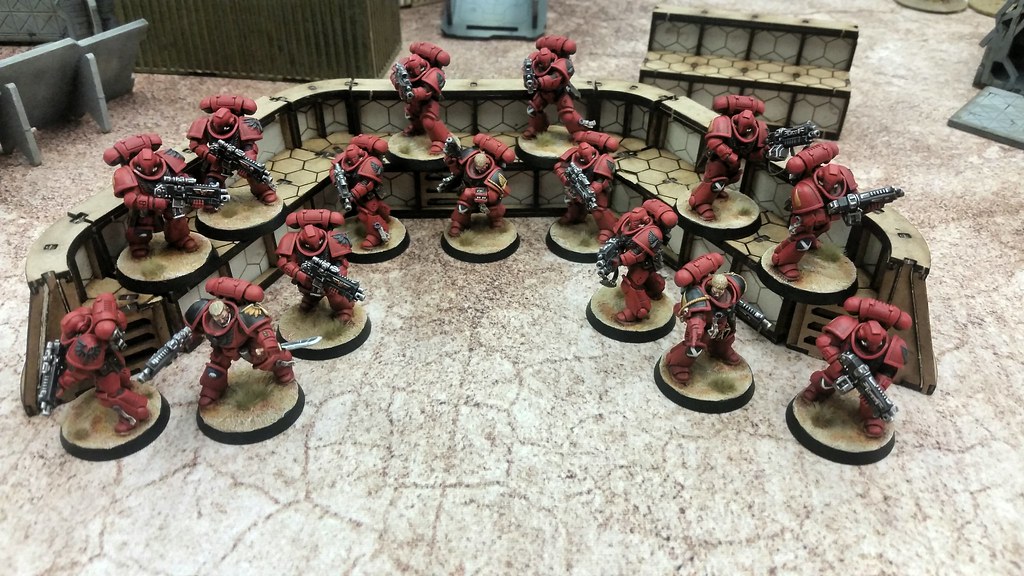 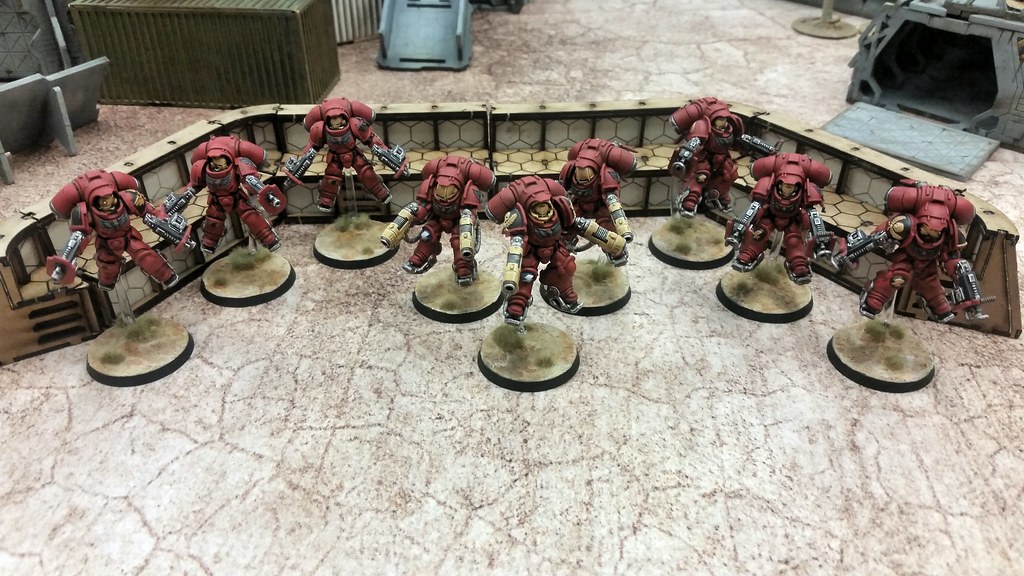 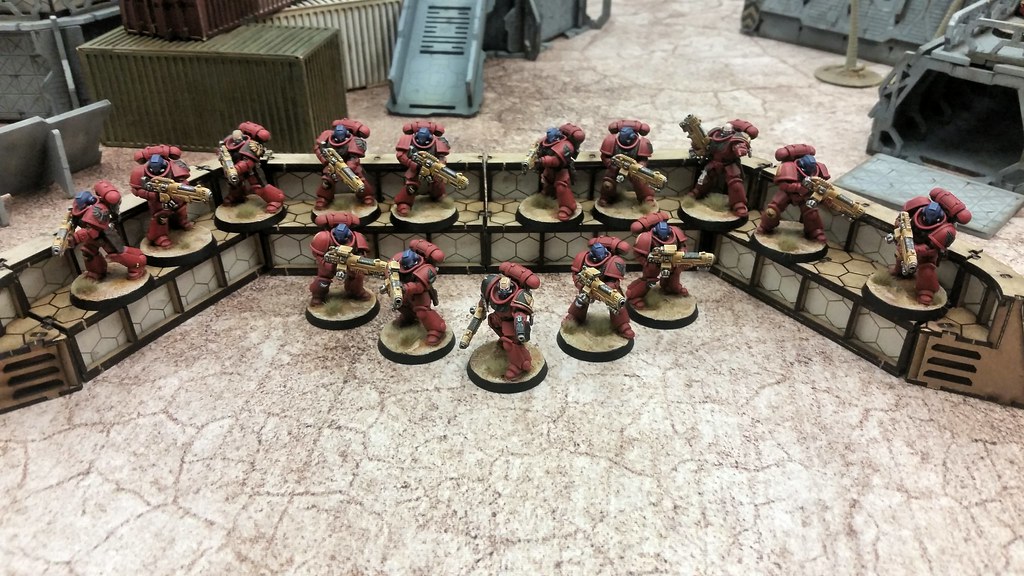 Plus some dynamic pics (for added flavour 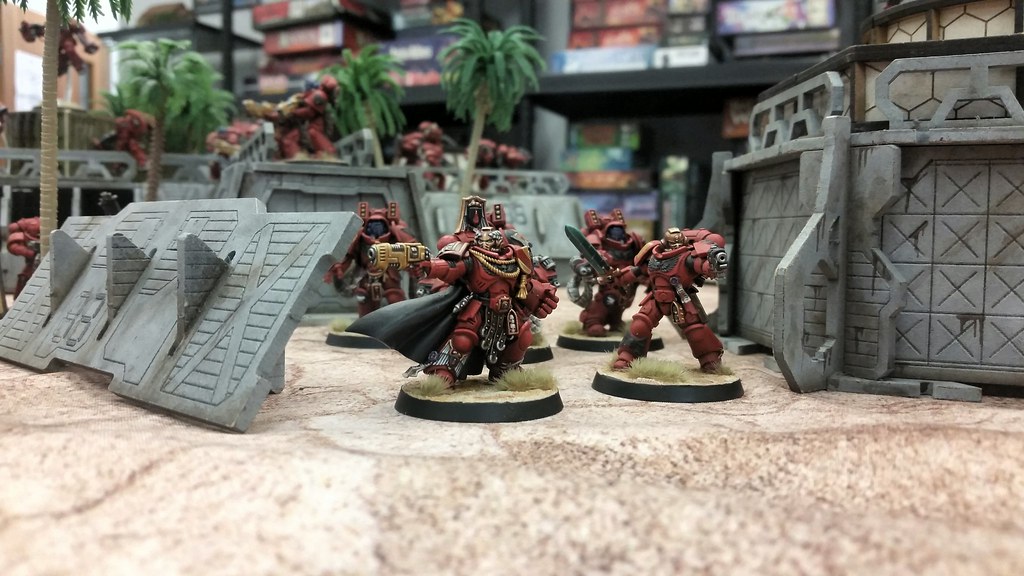 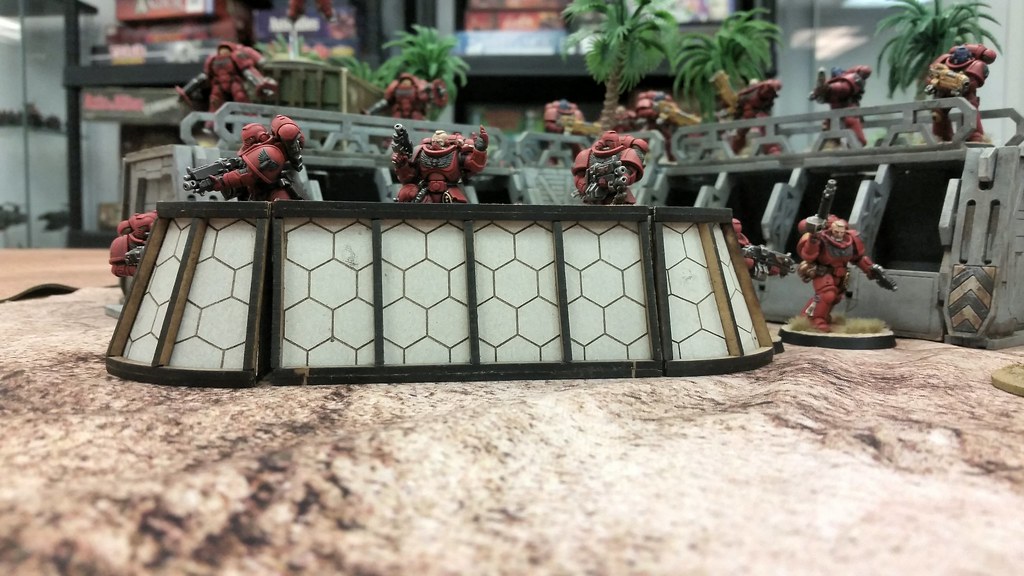 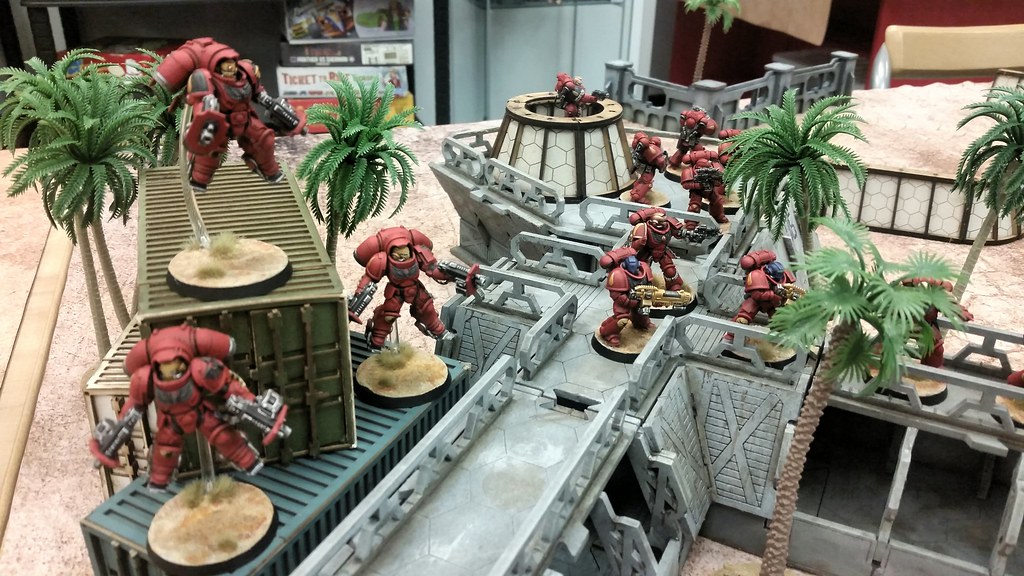 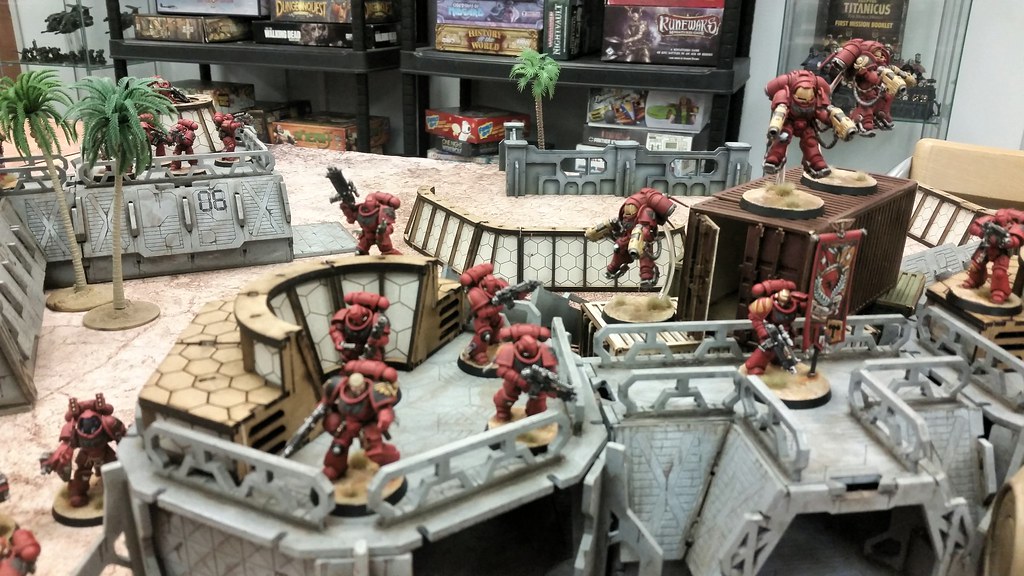 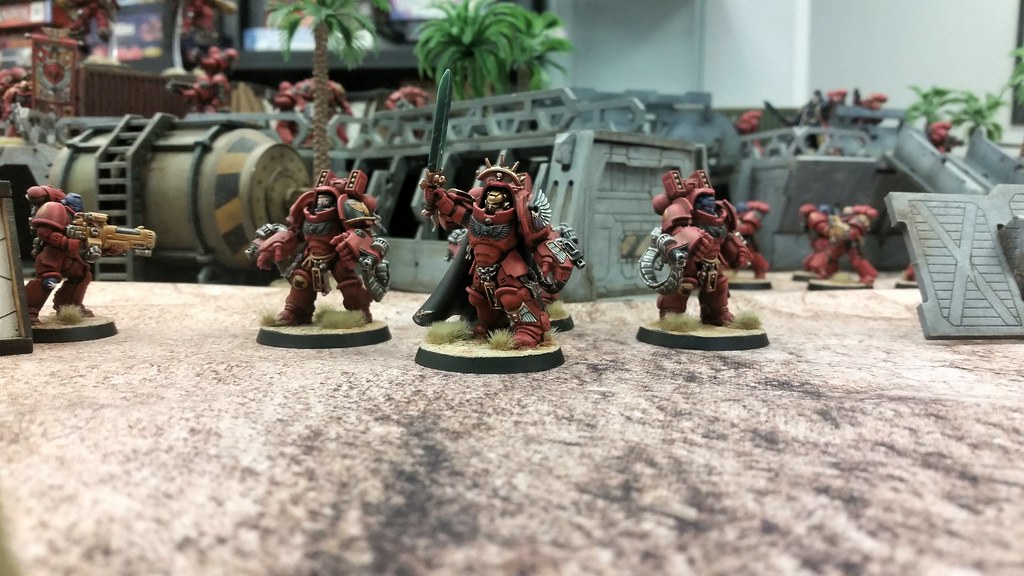 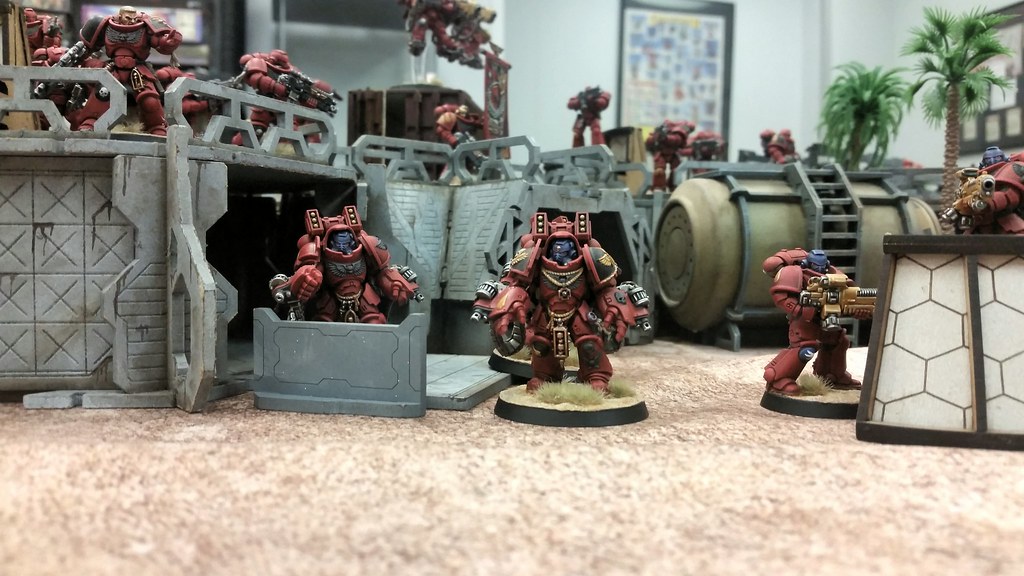 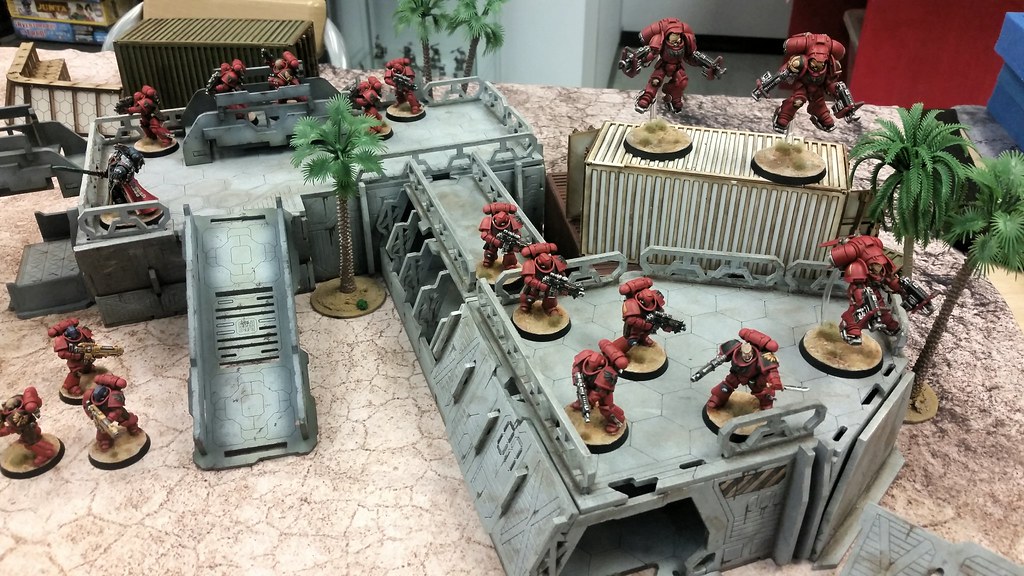 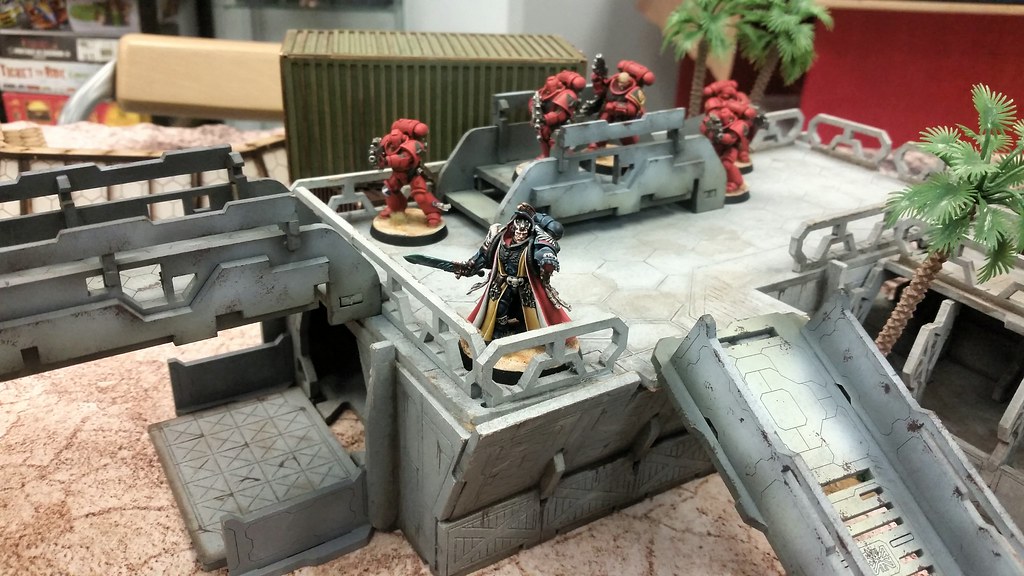 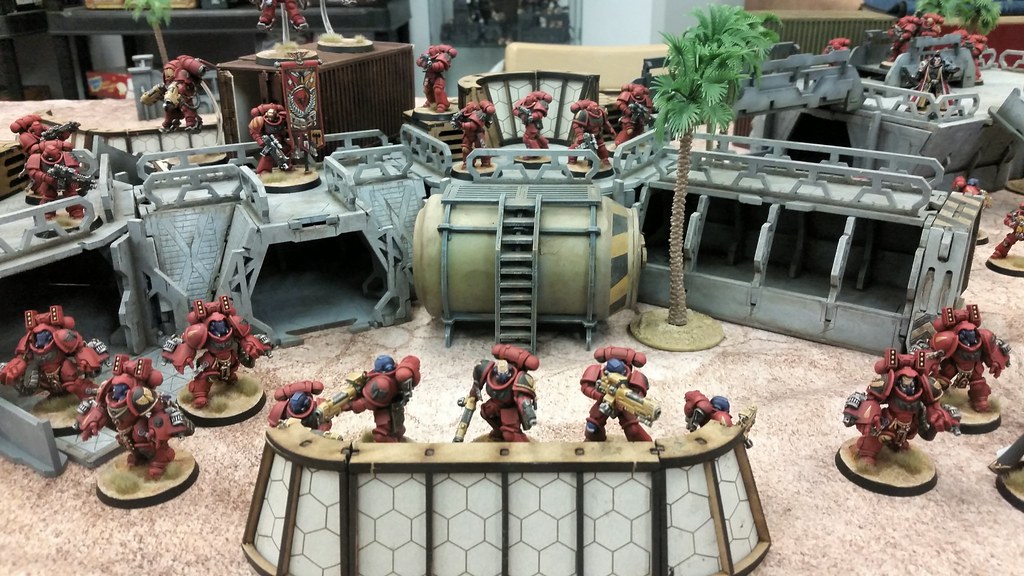 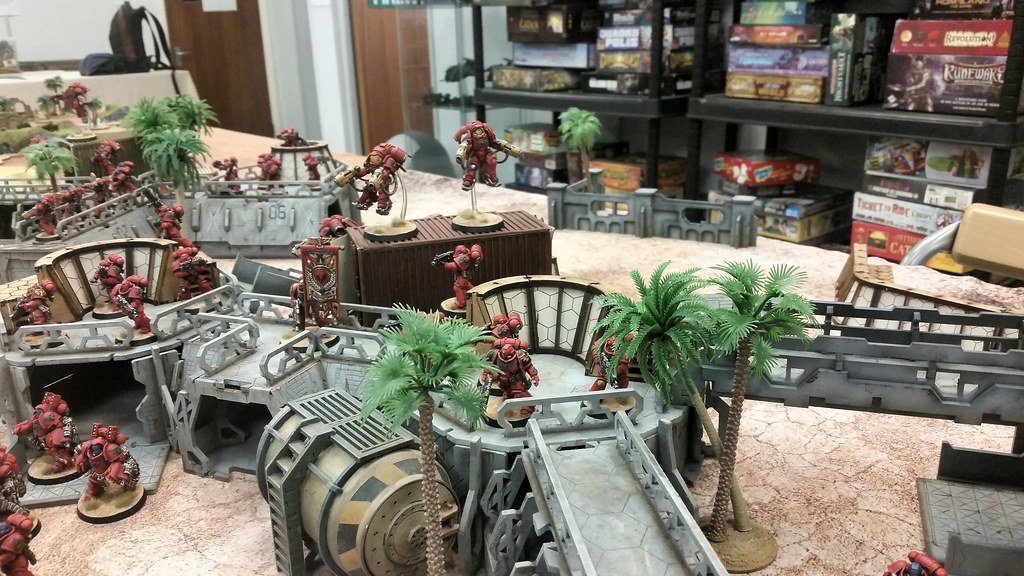 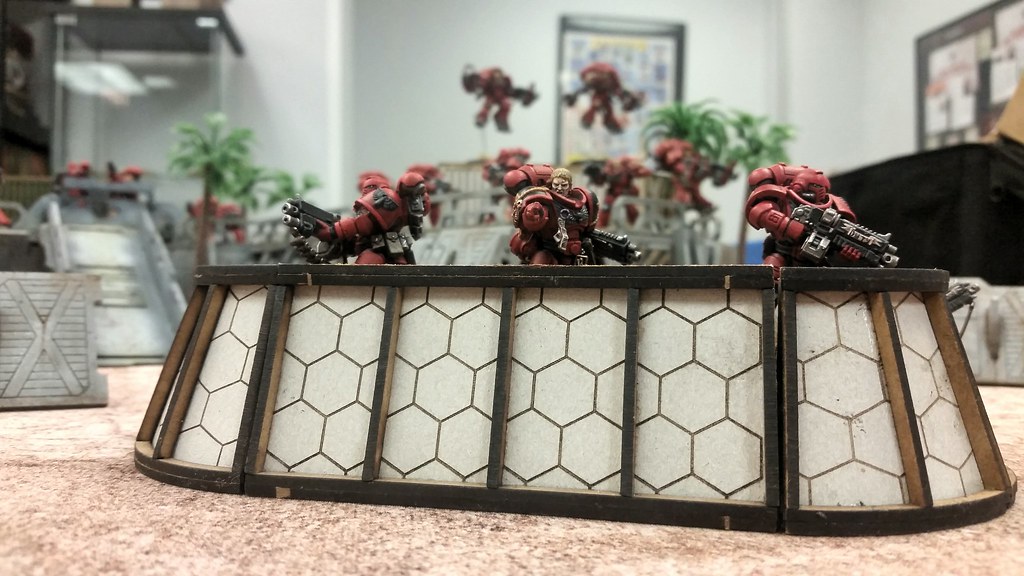 Wow Dam13n, I had no idea. Hope to see them in person one day

You don't have enough Primaris Lieutenants

The MDF terrain looks great as well. Where did you get it?

Cheers Jol. I'm sure you'll get to see them at some point. I may port the pics over later, once I've grabbed some sleep first...

Thanks Quixus. 3 Lieutenants should be enough... for now. I've got 1 of each load out for flexibility. The mdf buildings were by Spartan Scenics... not sure what happened to them after Spartan Games got bought out by Wayland... The mdf wall sections were made by MadBob miniatures (he's a mate of mine and co-runs our local gaming club with me).

Lovely work and lovely army, as per usual. Any idea what's next with these chaps? Any plans for Repulsors and/or Redemptors?

I have a plan for a "Phase 2" for the army. This does already include some Rievers, 3 Flamestorm Aggressors, a Redemptor and a Sicarian. I may add a Repulsor... if the price is right when bought through conquest mags... and may add a Stormhawk Interceptor as well.

But I'm tired of painting red models for the moment... so I'm having fun working on a custom Necromunda Gang instead.

Really nice work. Those are some of the best looking BA I've ever seen. I really love the way you did the blue for their helms & the Librarian, it looks so much better with the darker blue than what GW has on their models.

Well, I got bored this weekend. So decided to paint up an addition to the army. I bought this ages ago as a random purchase, and it seemed a shame to just leave it assembled and unpainted.

Plus, I rather like the fluff in the Codex about Corbulo monitoring the Primaris in the hope of a cure for the Thirst/Rage. So adding a Sanguinary Priest fits the theme of the army nicely (even if he isn't Primaris himself). 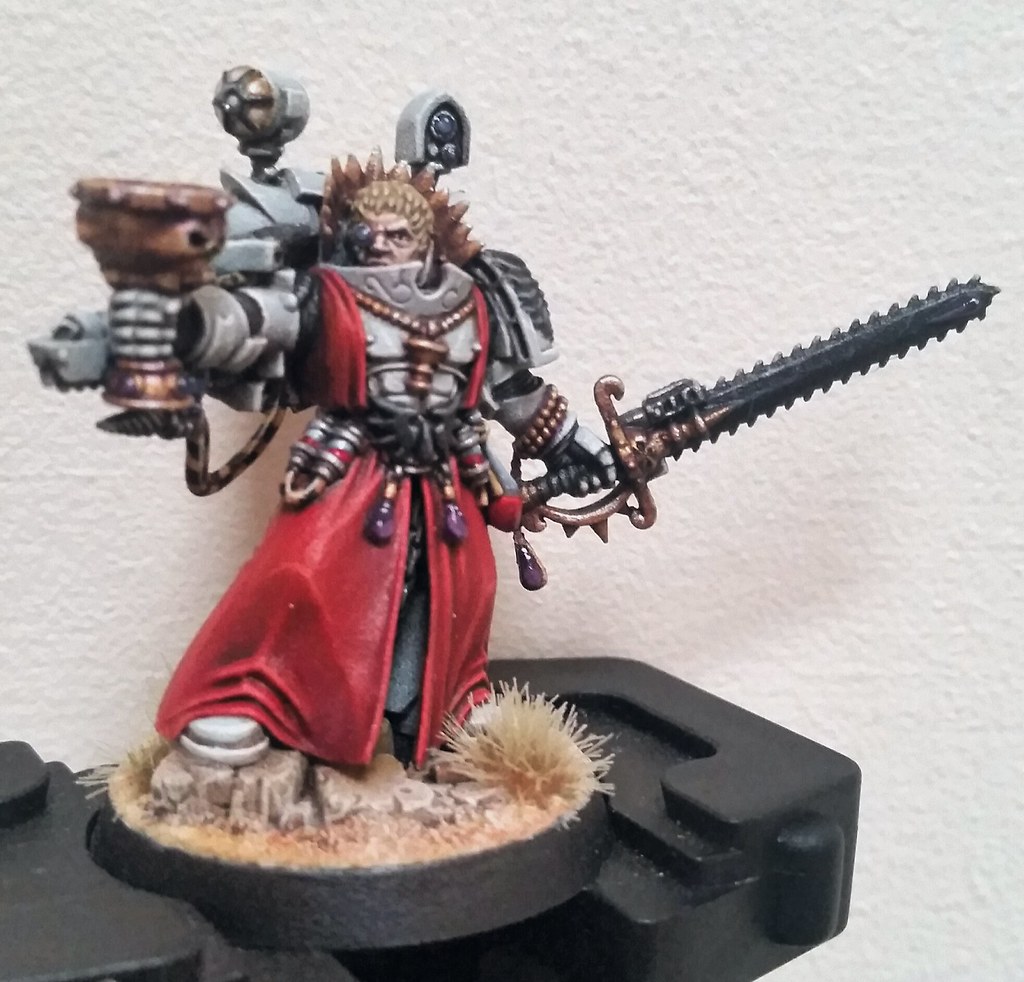 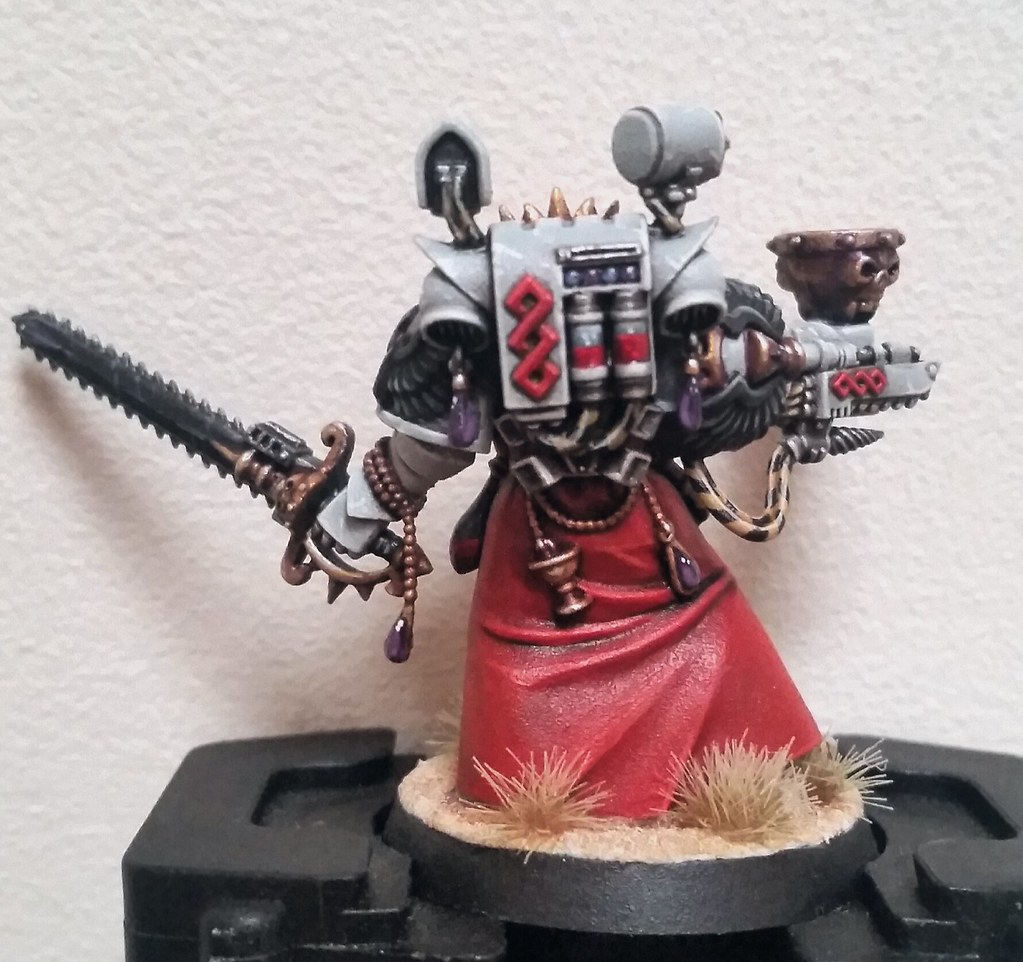 Excellent work on the Sanguinary Priest.

Love the colour of the special weapons on your hellblasters, inceptors etc really nice touch instead of the standard black!

Sanguinary priest is always a beautiful model, really liking the small touches youve done like the chevrons on the tubing and stuff. Really cool!

"I murdered thousands for the Emperor and he gave me nothing except his damning silence. Now his lapdogs yap for every life I take, while the gods promise me the galaxy..."

These are just great, man.  Congrats.

Super legit and a testament to both Marines and BA! Beautiful models!

Also tagged with one or more of these keywords: Dam13n, Blood Angels, Primaris