175 replies to this topic

Something else you might consider is an oil wash. It will act more like a filter where it's applied, and with how some of the black panels in the new art also look dirty, it could be applied across every panel. Here that is on two different Necron testers via Cult of Paint, here and here. They have a lot of great videos on using oils.

Oooo... Thank-you for this.

Here's some initial testing over some rushed marble

Umber is life, umber is love.

All is umber now

A mix Umber and Sepia

I agree with Interrogator Stobz, the sepia and umber work great with each other and white, used it on my Scars.

I actually prefer the sepia. It’s lighter and I’ve always liked the contrast between your light and dark panels. I’d be curious to see these on an engine - you can’t tell enough seeing them out of context.

I feel like the lone voice of reason saying you shouldn't touch your white marble, it looks awesome and now when everyone copies the armor plate in the book yours won't stand out.  That's $.04 total!

Yeah I think your white looks good as is. It’s close enough that it’s not a different scheme entirely and it means yours will be a bit different to everyone else’s.

I'm joining Fajita Fan and fire golem. Your white looks great as it is.

If you need any rationale to justify the slight deviation from the "official" colour, go for a specific privilege granted to your battlegroup to celebrate some achievements.

This said, if you want to test the "official" colour scheme, just add a new engine to your force. A new engine still untested hence not yet allowed to sport the battlegroup's own colours.

I'll join the crew and say your white looks awesome as is but I also see your test plates and think why not use all of those! The lighter plates can be used for the armour that points towards the sun with the slightly dirtier white plates where dust & dirt would naturally collect. The dirtier plates down lower to the legs where a lot more dirt/dust would collect. I'm a weathering nut though so take with a grain of salt

I say this while trying to repaint my gold titans because I'm not happy with them.

Thanks all for your help - still mulling but leaning towards keeping the white. Maybe some lighter umber around the edges just for flavour.

I'm joining Fajita Fan and fire golem. Your white looks great as it is.

If you need any rationale to justify the slight deviation from the "official" colour, go for a specific privilege granted to your battlegroup to celebrate some achievements.

This said, if you want to test the "official" colour scheme, just add a new engine to your force. A new engine still untested hence not yet allowed to sport the battlegroup's own colours.

Played my first game in months, Vulturum vs Astorum - I held the line but he engaged and destroyed better. I also forgot my brand new legio rules 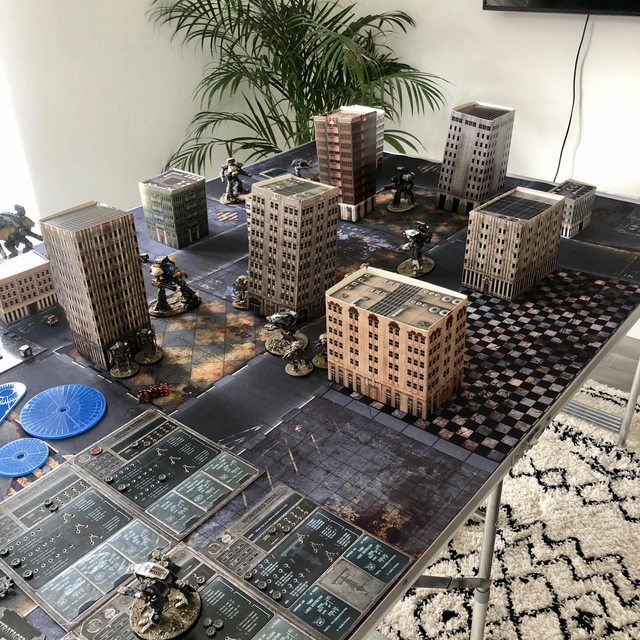 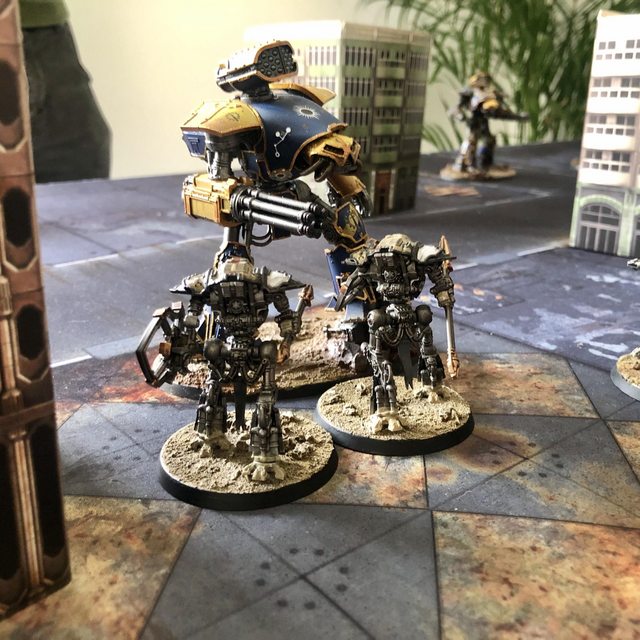 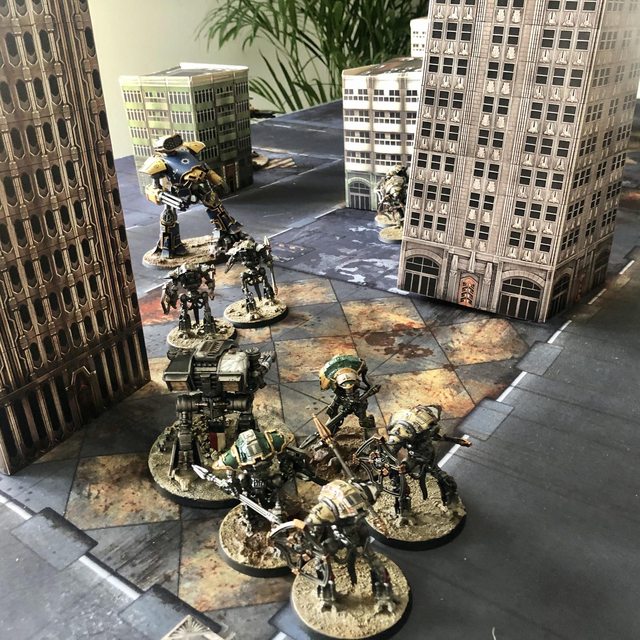 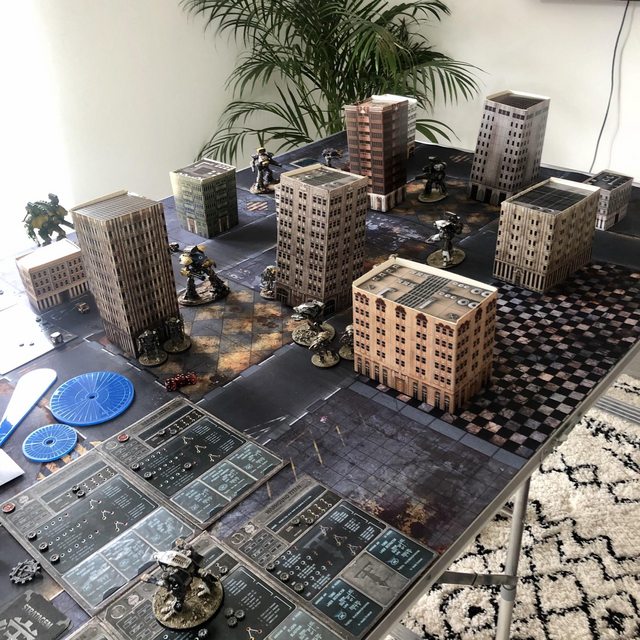 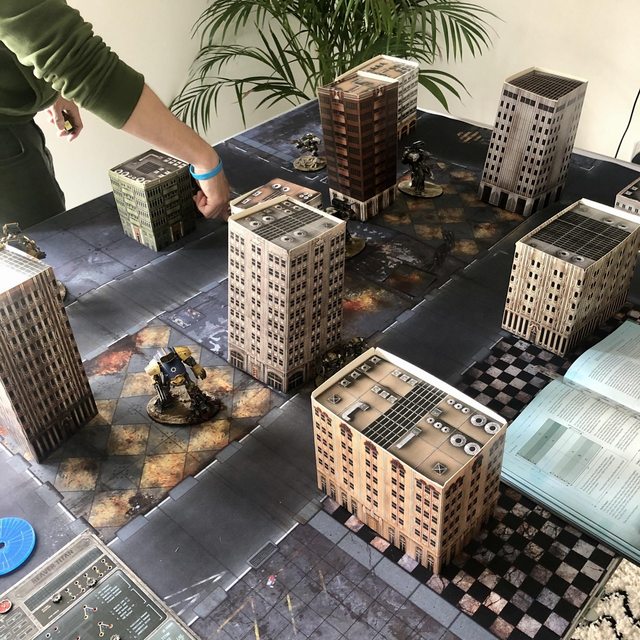 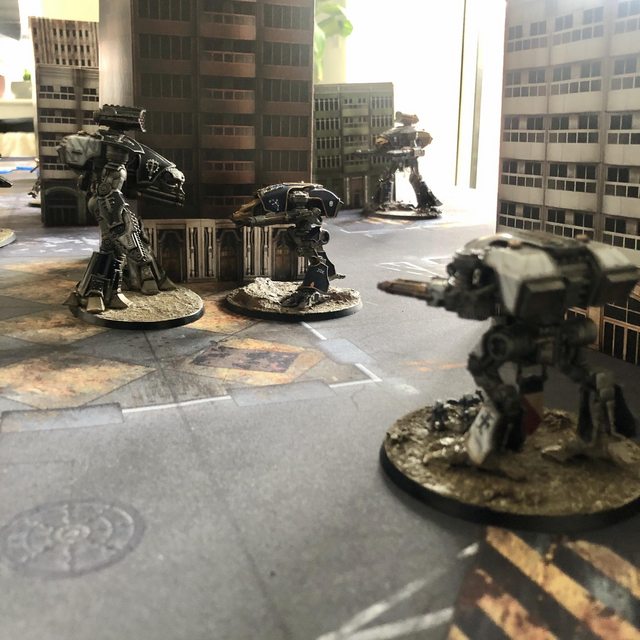 Nice to see games being played. Must be tough to remember you have Legio rules after all this time.

I can only hope the decal sheet has "RELENTLESS KILLERS" that I can stick on the back of every engine.

Got to play another game before we get put into tier 2 - Struggled in this one as I was just beating my head against an Astorum Perpetua maniple with my little Ferrox.

Suicide hotdogs with stormfrag shells did the business in the end though - one way or another. Won Hold the line vs Engage and Destroy 27-24 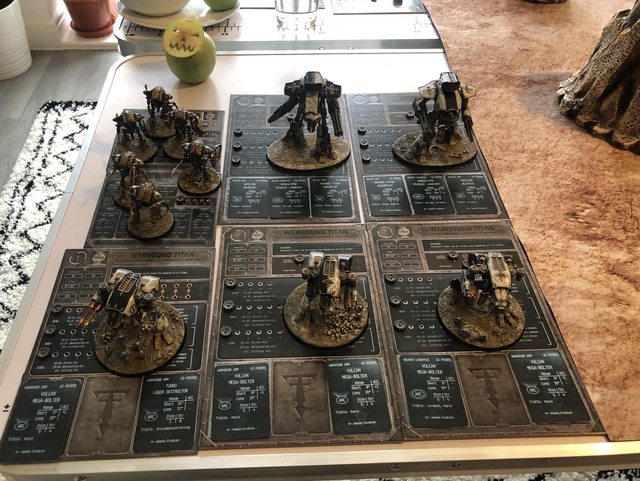 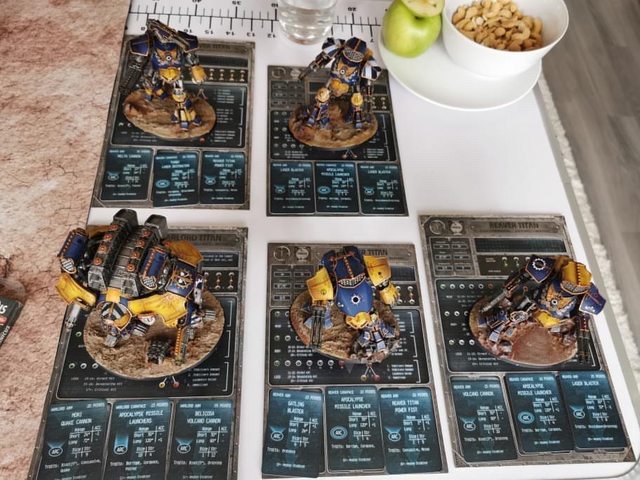 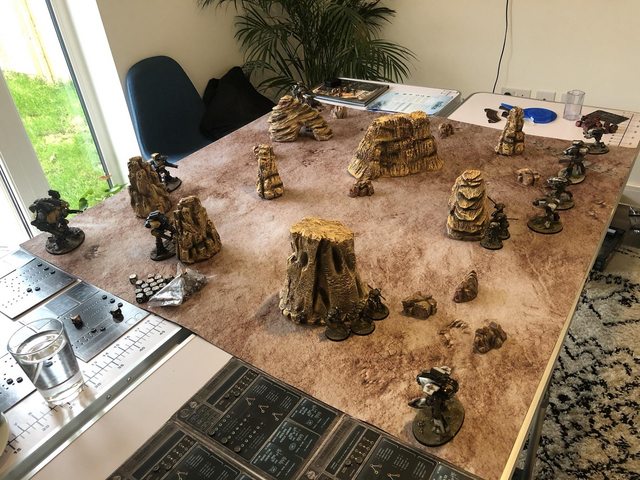 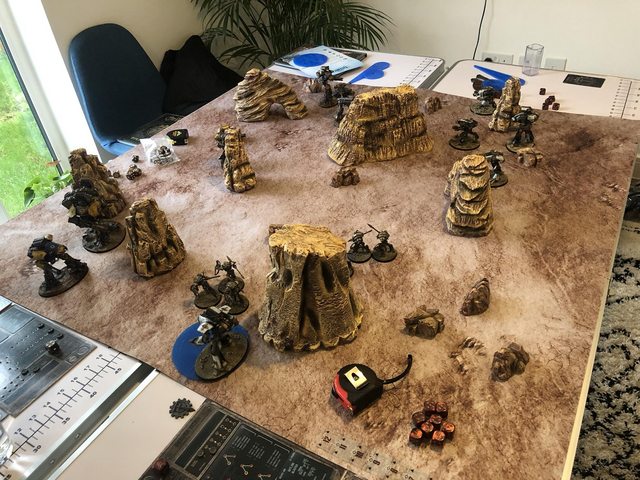 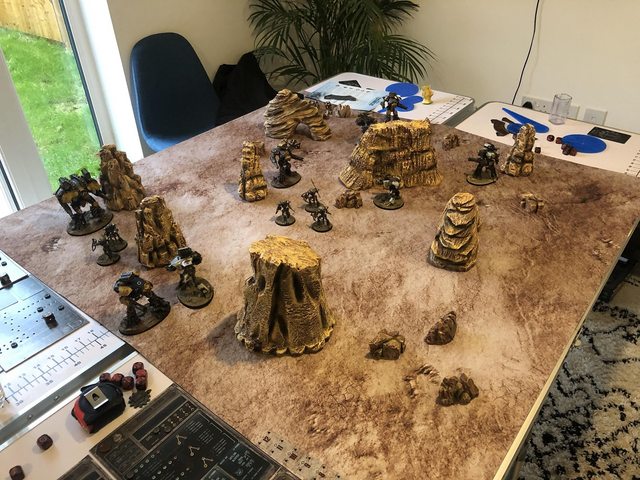 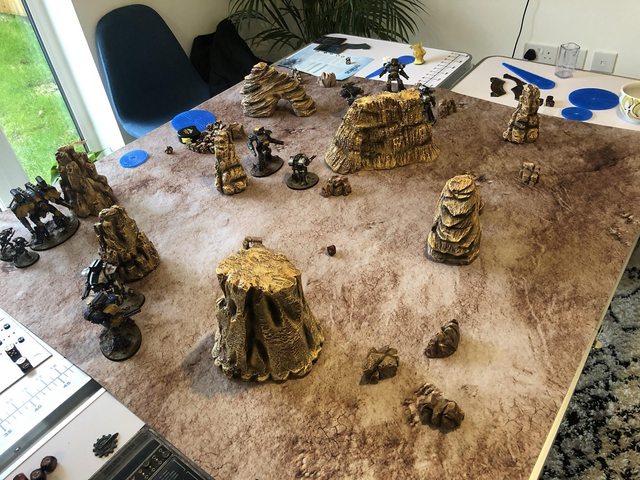 My tactics are usually run in with reavers to chainfist and lancers to lance while jinking around heavier engines, & my Warhounds sidle up and -BRRRRT- with Vulcans. Most of my games have been against people who like to stand still.

The stratagems I picked were:

War Lust would have been a good pick tbh

I'm very interested in this, given I'm building a Gore Crows force myself. I wonder about Cull the Weak. If you have concussive weapons it may be a better option. Something like getting a chance to unload on someone you've charged and punched backwards with a power fist, or dinged with a quake cannon. In those cases you'd most likely be hitting armour.

Have you tried using Scent of Blood? And how impactful did you find the Legio trait?

A power fist could be a good way of proccing Cull the Weak more often, but it only knocks the foe backwards a third of the time. I think I was unlucky that there wasn't an opportunity to use it in my last game - there is usually a chance that someone will want to avoid getting hit by a chainfist and move away, but I was on the back foot early on and he was feeding me engines to slow me up.

It's cheap so I'm happy taking it along just in case I get a double hit, but I don't think I'd build my force towards it, especially as you have to use a princeps trait to take more than one too.

A quake cannon could also be a good option - I will be trying a more shooty force next time and will give it a go.

I've not tried scent of blood yet, out of turn activation is tasty but I have a lot of Warhounds and they can't afford 2 heat!

Sounds like fun, and every game is another learning adventure!

Yeah that all makes sense. I had overlooked the fact you had a lot of Warhounds, but yes the two heat of Scent of Blood would be suboptimal for them to say the least! Even more so as presumably you'd trigger Scent of Blood for a potential kill shot and then want to fire your storm frag shells at the target....

I will probably try the multiple cull the weak approach, just to see how effective it is. A Ruptura looks the best bet for that to me. Power fist armed Reavers and Quake cannons on the Warbringers means you might realistically be able to trigger it quite often. At 1750 I'd potentially have 4 or 5 concussive weapons. It might also be interesting in a maniple with a dual Quake armed Warlord. I do like the potential of the Ruptura with the Gore Crows - there's the chance of an exponential effect as between Cull the Weak and Scent of Blood (particularly helpful for the Warbringers as they can take the heat and potentially get a kill with it) you can improve your chances of triggering the maniple trait to get free moves for your Reavers, who will all then be on +1 to hit as well due to the Legio trait. I think I'll try this setup in my next game and will report back.

Sounds like the storm frags did good work though. What were the loadouts you took for the Hounds? It looks like you had a couple of dual VMB Hounds, was that with one upgraded gun on each one?

Your table and models look great, by the way.