I’m hoping to get a whole load more games in with the Orks this coming year, and with that in mind, the first two games I’ve played with the new codex are up on my blog (plus an Admech game as well...) 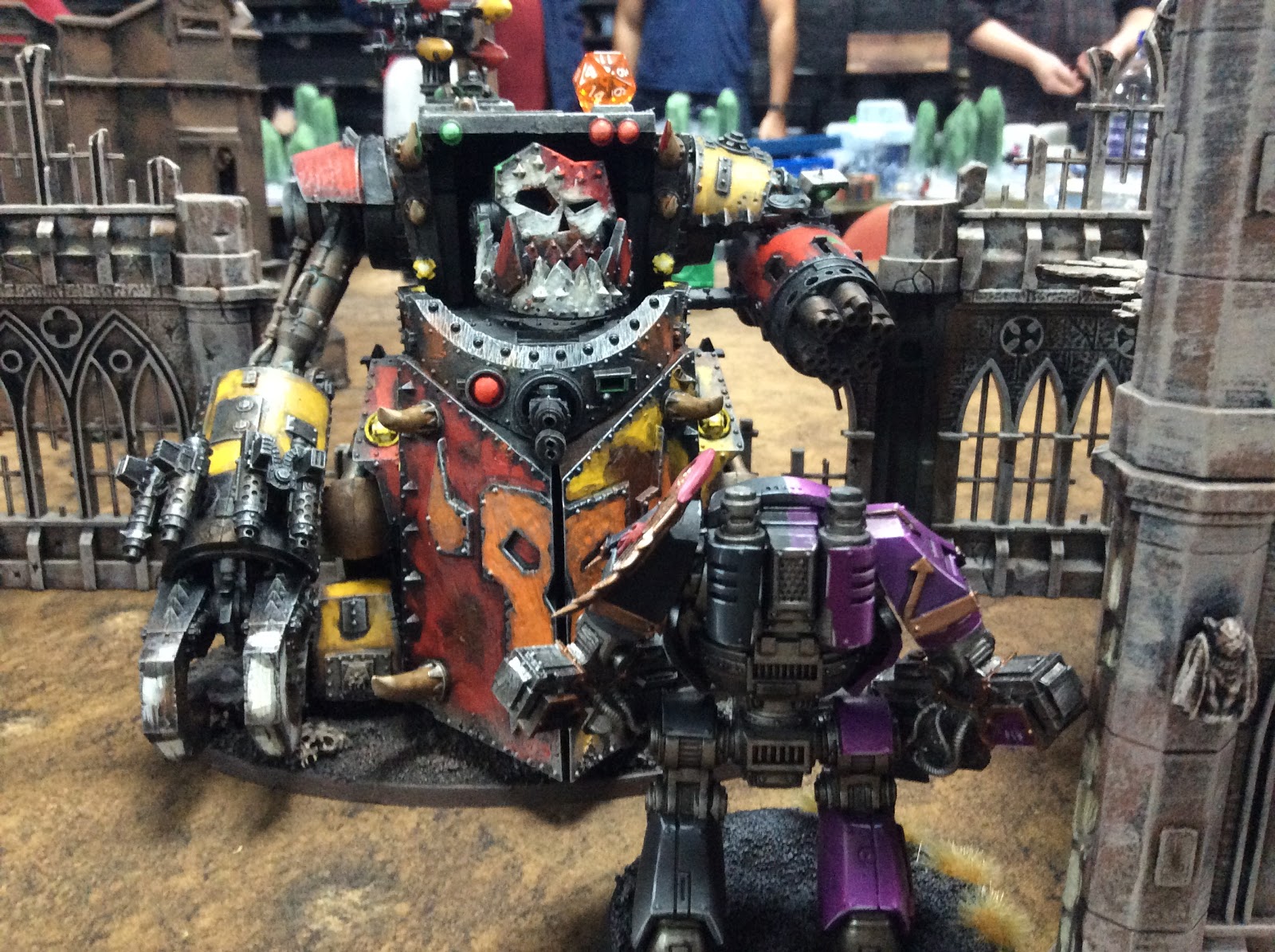 Like I said, hopefully I’ll be adding more soon, but if you’ve got any battle reports, feel free to add them to the thread

Another bit of an Ork game. 2v2, 1000 points each. We only made it to turn 3 sadly, but a lot of crazy stuff happened in this game! 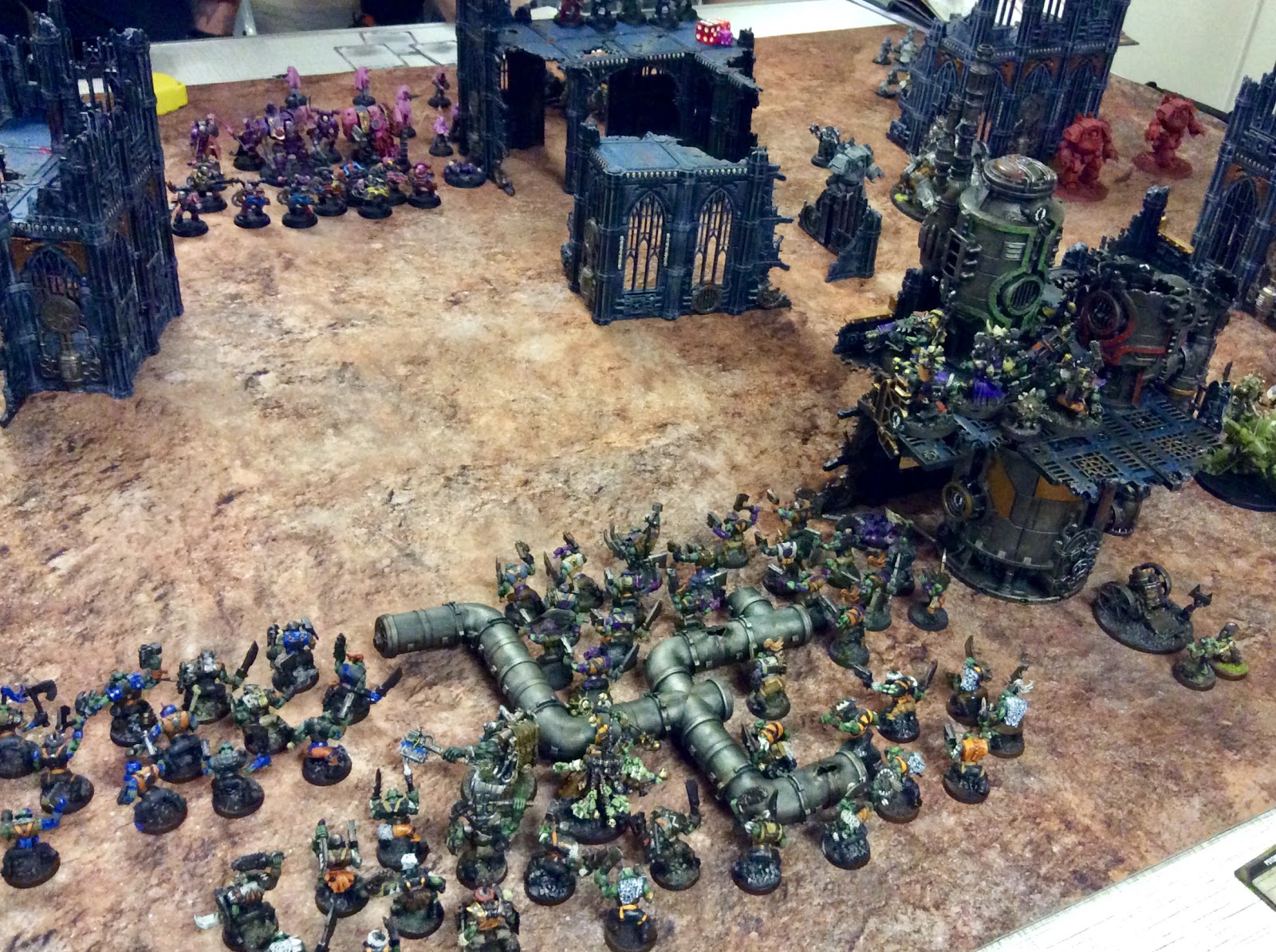 It’s been a while, but the Orks got into another scrap. This time against some classic Valhallans.
https://redtoof.blog...rial-guard.html 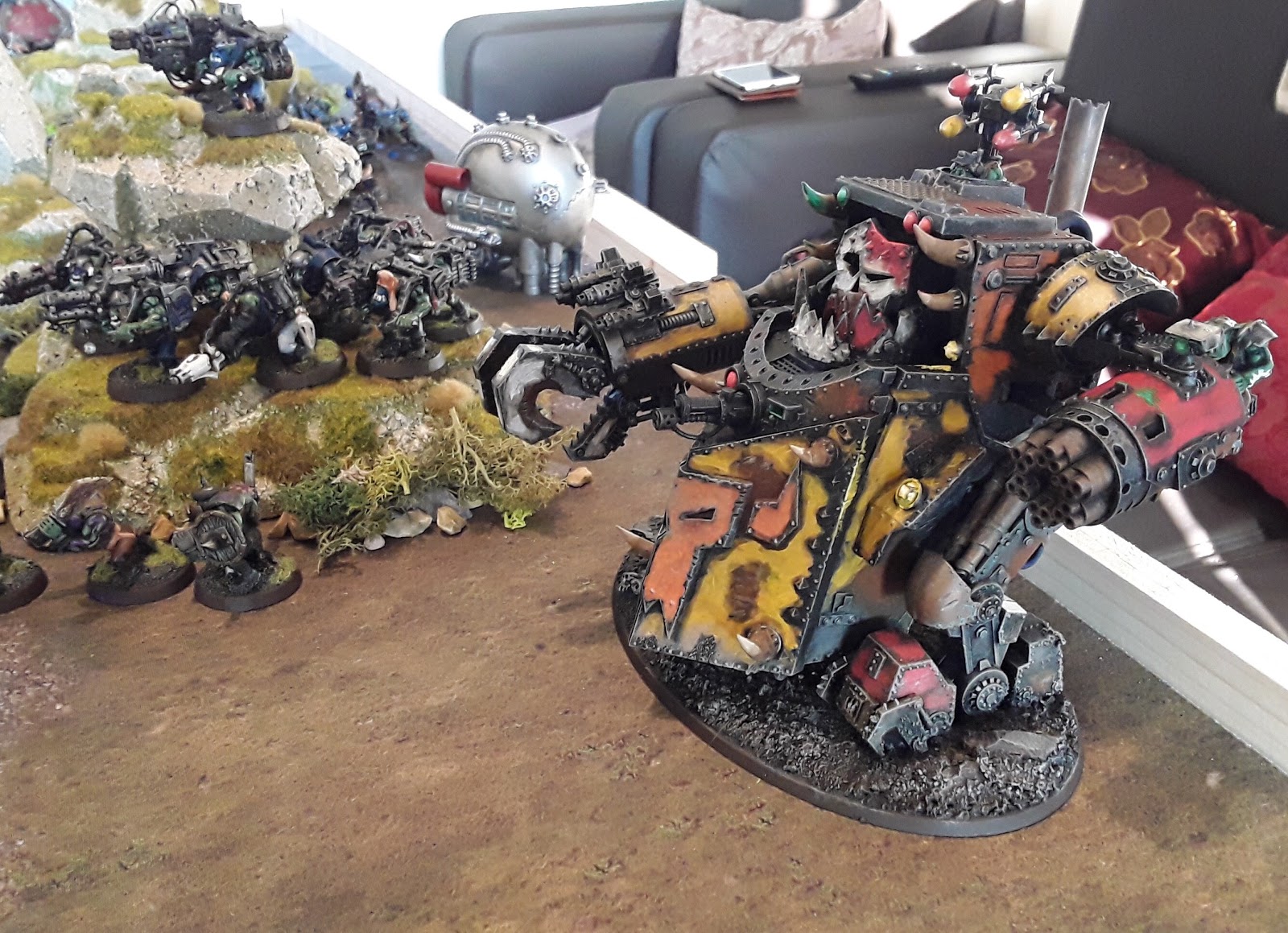 A battle report I did for the Independent Character's Patreon campaign:


Warboss Grekmawg stepped up onto his Wartrike, having knocked about some of da boyz heads to get them ready for the battle. A Goff warboss had said Grekmawg wasn't that fast in the last race, and this insult would not stand with the Evil Sunz warboss. He would show that squig-licka a proppa beating.

The two Ork forces met on the outskirts of a scrap city, in the dust of some ruined 'umie settlement. The Evil Sunz found the Goffs ready for a scrap, and immediately found themselves losing the initiative of the battle. The Goff Lootas ("Who'd eva 'eard of such a fing?" thought Grekmawg) unleashed the full fury of their deffguns against Grekmawg's Lootas, but the cunning boss had made sure to shepard some grots into the battle, whom promptly took a licking as the Lootas dodged, dipped, ducked, dived, and dodged behind them. As this fusillade hammered the tiny orkoids, the Goffs let out a mighty "WAAAAARGH!" and began to sprint across the battlefield.

Grekmawg smiled a big, toofy grin. "Dem Goffs are so prediktitable" he mused, before bellowing out for his boys to "shoot 'em good". Grelt's Boyz, the shoota mob Grekmawg has wrangled for the scrap, ran out towards the encroaching Goffs, getting in a good position so they could make the most of all their guns. Gitwomp, da weirdboy, made funny noises and a popping sound, and the Evil Sunz Lootas found themselves thrown into a different part of the battlefield, but with great lines of sight. Their retribution against the opposing lootas was swift and brutal. Without weedy grots to hide behind, the Goff Lootas ("Seri-uzly, whats dat about?") were quickly eradicated.

Grekmawg and his nob bikers raced out around the major ruin between themselves and da Goffs. Armed with many Dakkaguns and a host of Kustom Shootas, they fired into the back on a Goff boy mob. Little did they know that Grelt's Boyz were also shooting at those same boyz. With a lot of noise, smoke and blood, the Goffs found themselves down a mob.

But the Goff Warboss didn't care. He bellowed again, and advanced with his remaining boyz towards Grekmawg and the Nob bikers, intent on crushing the Evil Sunz with his mighty claw. Meanwhile, the Deff Dread of the Goffs charged into Grelt's Boyz, who spied the Goff nobz following up from behind.

The Goff Warboss unceremoniously tripped as he attempted to close the distance, and by the time he had picked himself up, his boyz were krumpin' with the nob bikers. But running into the wall of lead the bikers could manufacture hadn't worked out so well, and the Goffs that remained found themselves cut down by the Evil Sunz, who only lost a few nobz themselves. Indignant, the Goff Warboss issued his final challenge.

Grekmawg was more than happy to accept. The two bosses clashed, and while Grekmawg easily crushed the Goff under his wartrike and snagged him with his snagga klaw, he wasn't ready for the literally-ripped-open Goff to reach up at punch him straight in the toofy jaw. Grekmawg lost consciousness for a moment, but it was long enough to fall on the driver of his Wartrike, who promply crashed the vehicle into a wall. It would take some teef to get that thing running again.

With the Goff Warboss dead, the Nob bikers and lootas cleaned up the Goff Nobz, who had been ripping apart Grelt's Boyz after those boyz had managed to overwhelm the Deff dread.

He might have lost his trike, but Grekmawg had won his scrap.

Also tagged with one or more of these keywords: Orks, Battle Report