203 replies to this topic

The Imperial Fists are known for fighting on when they might be better served by retreat. Never has this been more apparent than when the Hive Fleet Leviathan attacked from below the galactic plane and posed a threat to Holy Terra itself.
Captain Lysander's battle group intercepted a splinter fleet of Leviathan on the verdant world of Miral. The Imperial Fists set up a fire base in time to meet the Tyranid onslaught and for six days, fighting fearlessly from their defences, they held firm against constant attack by overwhelming numbers.
By this time, tactical analysis indicated that another day on Miral would see the Imperial Fists over run but despite this their Chaplains walked amongst them, demanding one more day for the honour of Rogal Dorn. Inspired by the memory of their Primarch, the Imperial Fists fought on. Many fell, but by the end of the seventh day their banner still flew over the base and the Tyranids were gone.

Welcome to the latest painting challenge for the B&C sons of Dorn!

Want to know what it's all about? Follow the 4 easy steps below!

If you lack the inspiration and/or time to come up with an inspiring vow, consider using the following example as a foundation:

I, (insert forum name), vow in the name of Rogal Dorn and the (insert Chapter name) to complete (insert unit/model name and quantity) by 2nd March 2019.

If you have any questions, check out the Q&A section below. If you can't find an answer to your question, feel free to ask in this thread or to contact Chaplain Dosjetka via personal message (PM).

Now get building and painting in the name of our Primarch and the Emperor!

Q: Can I vow models that already have paint on them?

A: Yes! You can vow any model as long as you consider it to be unfinished.

Q: Can I paint up my models in the colours of a custom Chapter of my own design?

A: As long as you claim them to be from Dorn's gene-line, you can!

Q: Can I paint models that aren't from Codex: Space Marines (i.e. Deathwatch)?

A: Of course; they still wear their Chapter colours with pride on their right pauldron after all!

Q: That is an epic piece of artwork. Who's the artist?

A: Yes, it is and it's from Russian artist Dimitriy Mayorov who goes by the name of Slimdimanus on deviantArt (link).

Q: Is Chaplain Dosjetka really as cool as people make him out to be?

A: I can't say much but I've heard he actually is.

Q: Is there an event banner for my signature space?

A: I'm glad you asked! It's tradition on the B&C to have signature banners for events and this is no exception!

I, Arkley, vow in the name of Rogal Dorn and the Crimson Fists to complete 5 Intercessors by 2nd March 2019.

For Dorn, Terra, and the Emperor

Brother Sgt Arkley: Welcome to the event! Solid start and I look forward to seeing them completed.

It's a good thing this event's running until March, as the Power Fist Primaris Captain likely will have to take until February to finish (shoulder pad I want for the model only comes in the Kill-Team Cassius set, and both local GWs still have Deathwatch: Overkill)


This is the most recent picture of Watch-Captain Marez of the Crimson Fists: 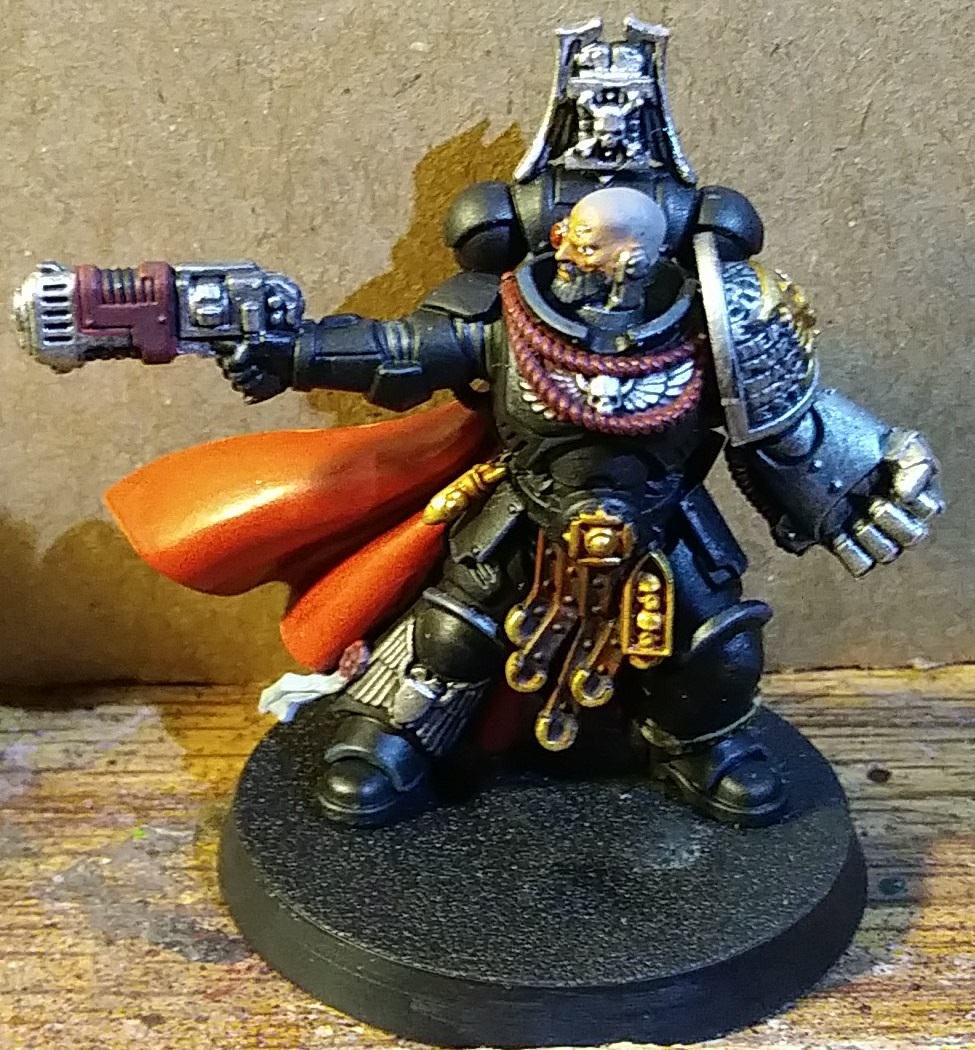 I, Gederas, vow in the name of Rogal Dorn and the (insert Chapter name) to complete a Deathwatch Primaris Captain with Power Fist & Plasma Pistol and Primaris Intercessor Hellblaster by 2nd March 2019.

I need to take a picture of the semi-assembled Hellblaster

Gederas: Is the shoulder pad you need the one on the Imperial Fists Deathwatch gunner from Cassius' Kill Team? If so, I have one spare that I'd be glad to send over.

Gederas: Is the shoulder pad you need the one on the Imperial Fists Deathwatch gunner from Cassius' Kill Team? If so, I have one spare that I'd be glad to send over.

Welp, looks like I have some sorting to do. Looking forward to participating a bit.

I, Wraithwing, vow in the name of Rogal Dorn and the Crimson Fists to complete 1x Primaris Lieutenant and 5x Primaris Intercessors by 2nd March 2019.

"We are coming. Look to the skies for your salvation." - Captain Kayvaan Shrike to Commissar Lent prior to the Blindhope planetstrike.

Well. I've got my work cut out for me this year. Big push to rehabilitate my Black Templars. Guess I'll figure out the first phase of that rehab and vow it here!

I, ST: Lazarus, vow in the name of Rogal Dorn and the Black Templars to complete two Repulsor armoured transports by 2nd March 2019.

Big fan of the Razorback turrets on the Repulsors, Lazarus -- does wonders for the overall look of the model.

Thank you, it really helps to give them a sleeker more mean profile. I have one painted if your follow the link in my signature.

A painting event for the Dorn boys, eh? I do have this guy laying about and my resolution is to get stuff painted this year. 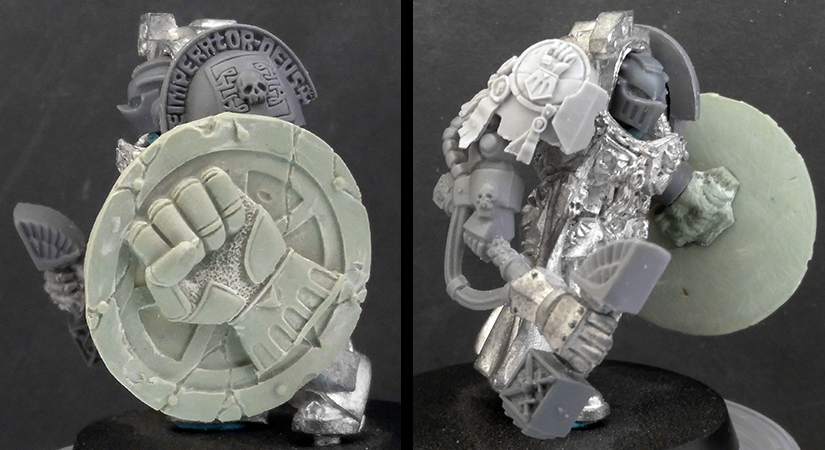 Before I commit, I need to make sure I have all his bits as I packed away a lot of my 40k models to work on stuff from another company.

Well, considering today's my birthday, I will take this as a sign that I must participate. I'll have to check which miniatures I have more or less ready for painting for my VIIth Legion once I have them at hand (hopefully next week I should have time to check it).

I, Eib.Almera, vow in the name of Rogal Dorn and the Crimson Fists to complete a unit of 5 Intercessors by 2nd March 2019.

I had already sworn to paint more this year, so excellent timing. So just to be clear, the squad of Intercessors I've been painting is already maybe 2/3s of the way done, it's allowed this year? I realize that would be a meager vow, I'd supplement it with more if it is.

well this is good! it'll help me keep on track with painting my army for this season.

I, the humble moderati Dusktiger, the Scorpius Cruentifer, vow in the name of Rogal Dorn, Alexis Polux, and the Crimson Fists, to complete

10 intercessors are in the mail.

I, Lemondish, vow in the name of Rogal Dorn and the Crimson Fists to complete a Chapter Ancient, a Primaris Captain, a Primaris Lieutenant, and 10 Intercessors by 2nd March 2019. 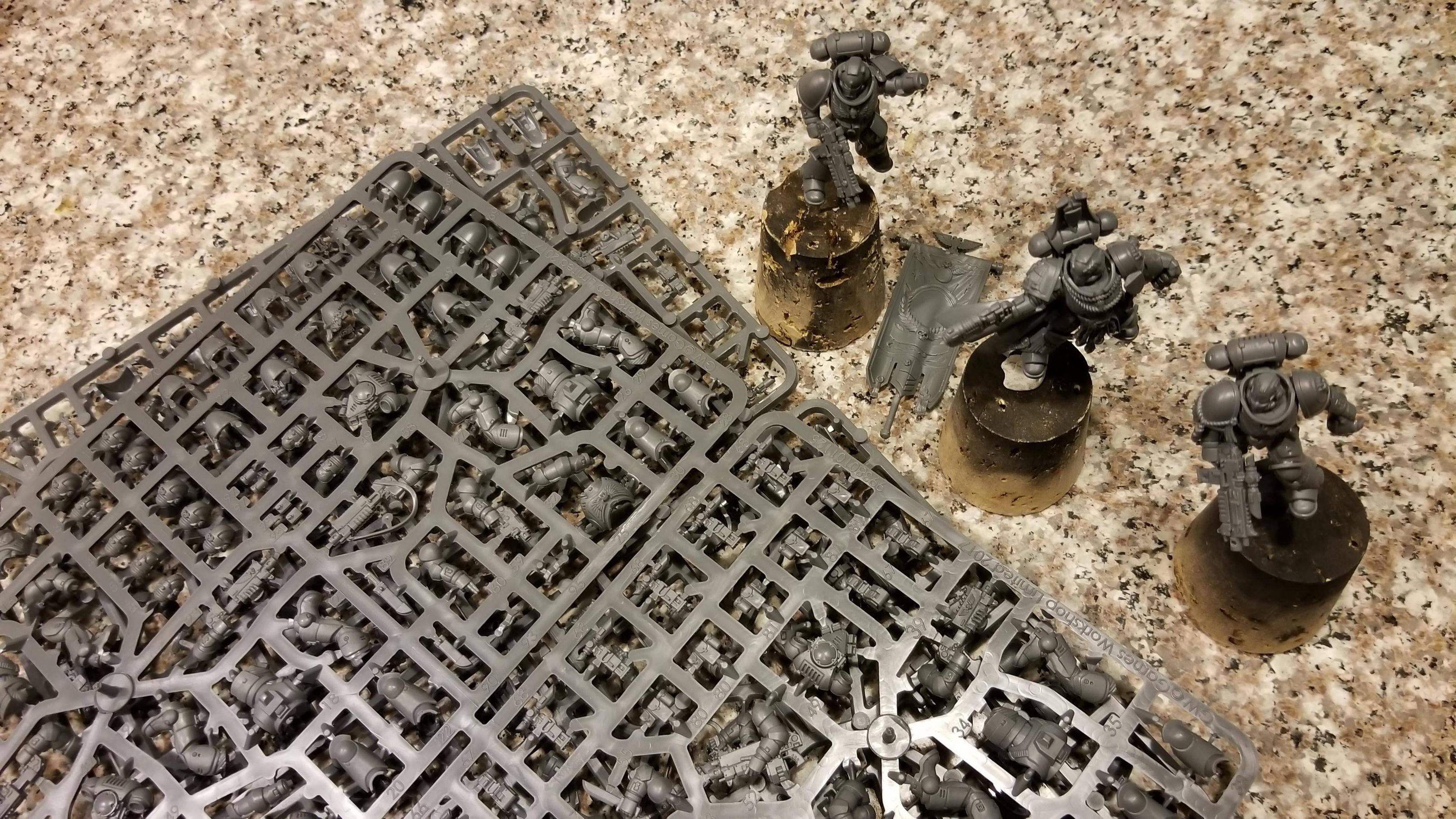 BCK: Is that not-Lysander going to be painted in Imperial Fist colours? Or is he a Crimson Fist?

A long while back when I first Dremeled out the head to put a helmet in there, he was going to be a Crimson Fist, but I might just do him up as Lysander.

I, Dreadmad, vow in the name of Rogal Dorn and the Crimson Fists to complete 1 Smash Captain, 15 Intercessors, 6 Inceptors, a Redemptor Dreadnough & 1 other (currently undecided) HQ by 2nd March 2019.

Current models I own (the rest will be purchased ASAP) http://imgur.com/a/7V1QWJI

Edit: All my time has been monopolised by the Astra Militarium I have to build and paint for an upcoming tournament. I will have to live in shame I'm afraid

Why not start the year with this. Ill be back.

I haven't technically finished anything in my Invaders Picture log (chapter badges are incomplete on the mostly finished guys) so;

More pics are in my signature link.

5 more helblasters are still on the sprue.

I, Canadian_F_H, vow in the name of Sigismund, the First Captain of the VII legion Astartes, the first Emperor's Champion, and first High Marshall of the Black Templars.

I Canadian_F_H, vow in the name of Rogal Dorn, in service to our glorious Emperor, to complete THREE (YES 3) LAND RAIDER CRUSADERS by the 2nd day of March 2019.

For Sigismund, Dorn, Terra, and the Emperor! EDIT! adding link to my Crusade PLOG, where Vow updates are made...

So i haven't done much of anything with 40k in a while, other then assembling some models I haven't played a game in over 7 months, or painted 40k stuff.  That being said, I am going to work up something as I have been assembling some son's of dorn over the past several weeks thanks to that battleforce box.   So i will be working on something, just gotta get some pics and think about what I can paint for the first vow and get finished.

Back to + IMPERIAL FISTS +