Relics of the Armoury Painting Event

218 replies to this topic

Adding an Armored Sentinel to my pledge.  Name to be determined later 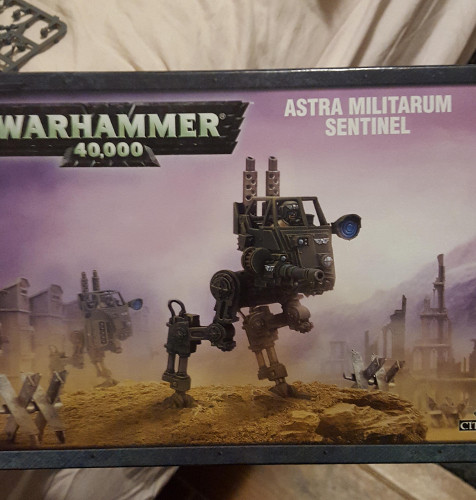 Update:  Assembled, Primed, and Painted the Sentinel I have dubbed "Serious S.A.M."  Once the clay dries on the base I will decorate it out. 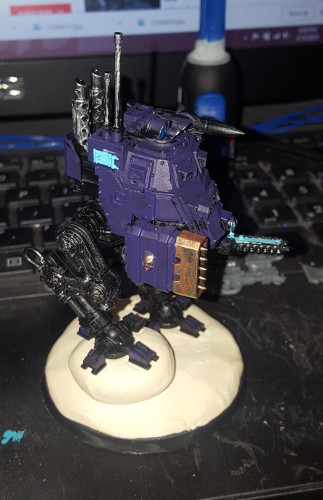 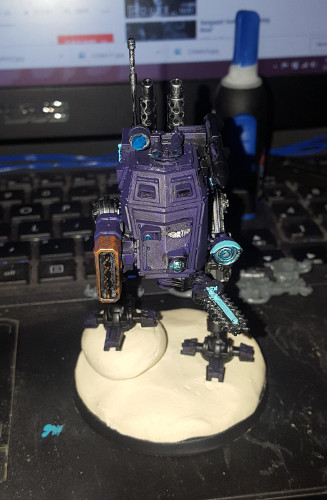 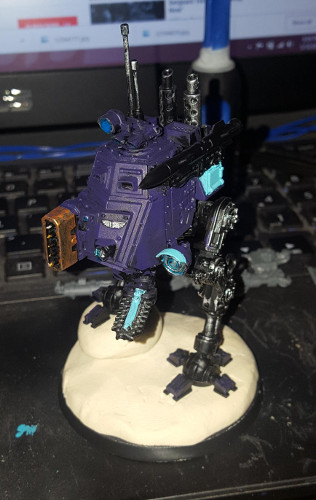 Glad to see the rough riders.I am planning on turning those into RR,myself. Tied up with Kharadron,at the moment.

I should get back to it, been making some scenery, and I have somehow accidentally won a box of Blood Angels on ebay at 44% discount!

You have all insipred me to pledge my first vow. Starting small, I vow my company commander.

May we all right the wrongs of the past Brothers!

Some problems require a keen mind, others a strong arm. The key is to know which to use.

All glorious endeavours begin with the same first step Cas

My Leman Ruus has come! Time for assembly.

Excellent, and just in case anyone thought you got away with it: don't forget magnets 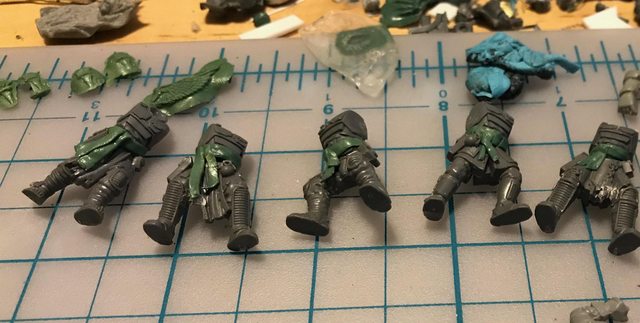 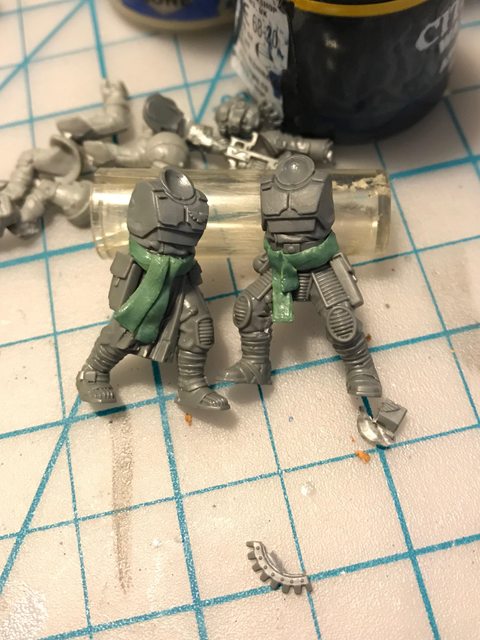 I cleared my desk in preperation for doing some hobbying... but haven't managed anything so far! It's great to see everyone else forging ahead though

Keep up the good work peeps!

Touched up Serious S.A.M. while beginning painting on Inglorious Wrath.  I need brighter lights.  Naggaroth Night on Black primer blends so well I cant tell if I missed a spot till I take a flash photograph. 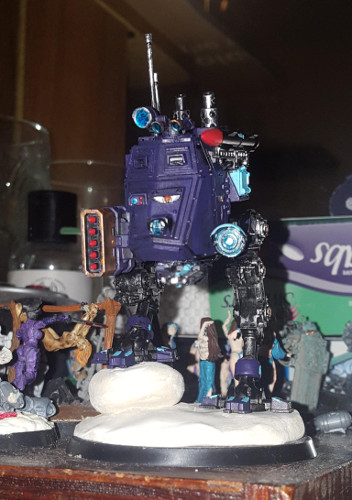 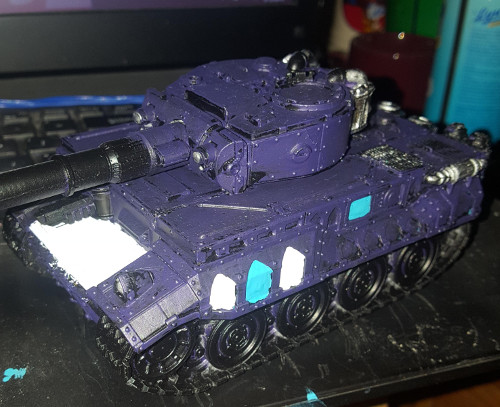 99.9% Done with Serious S.A.M.  Just have to paint the base of the plant stalk when the clay dries.  Got a nice weekend coming up, I hope to have Inglorious Wrath finished or at least further along by then. 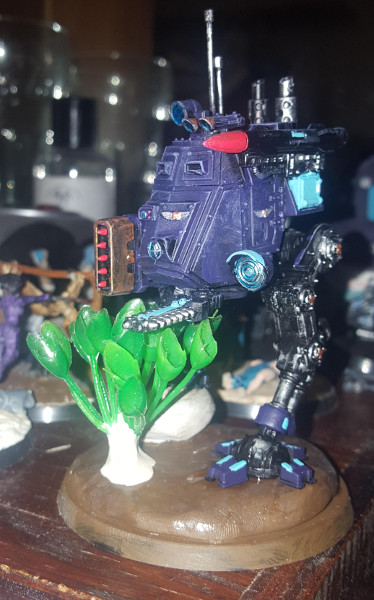 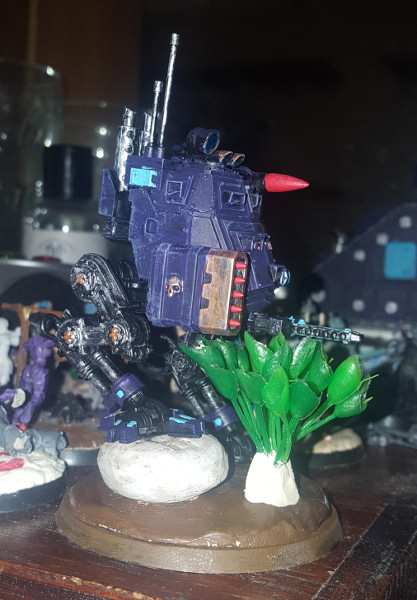 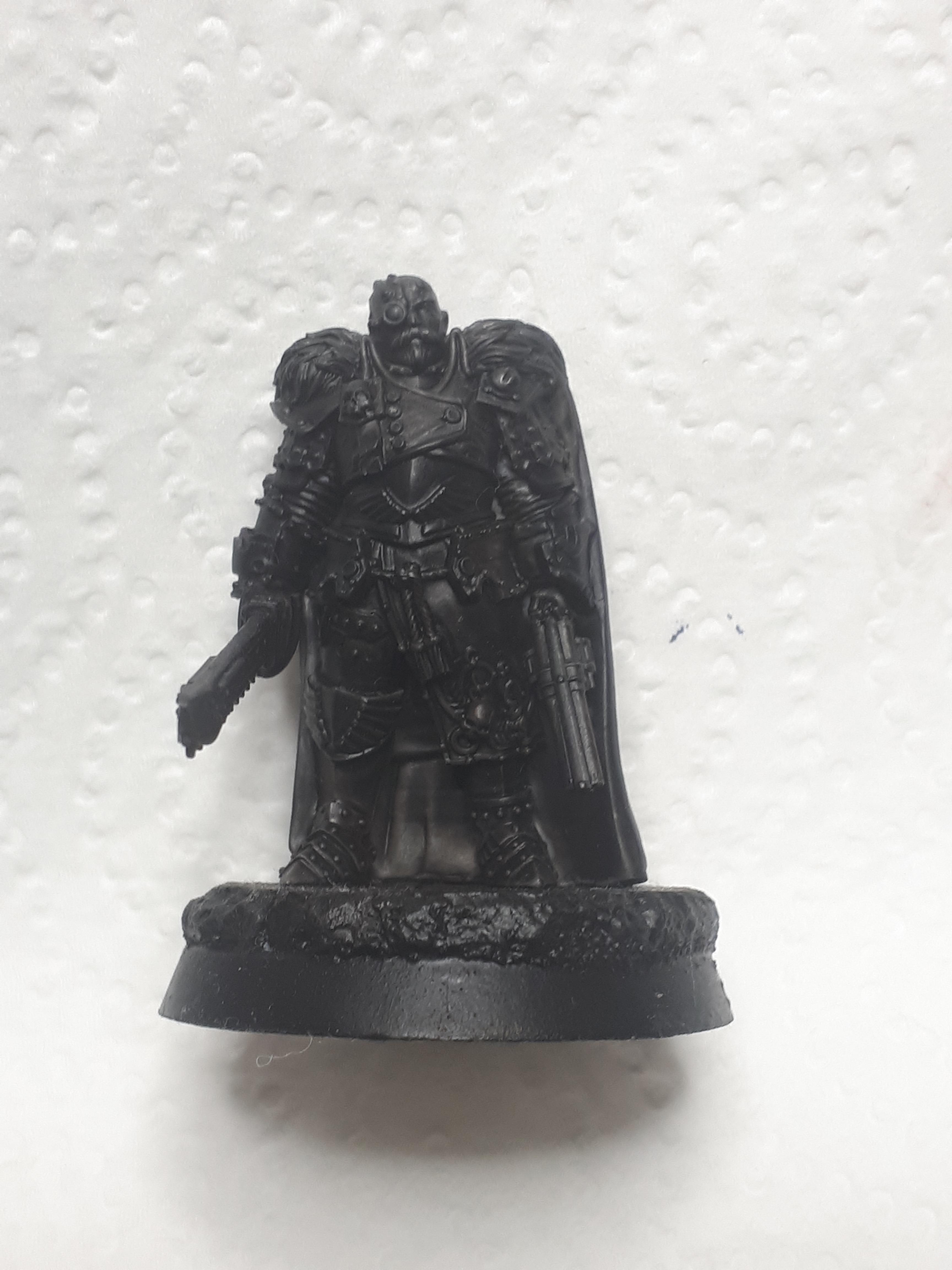 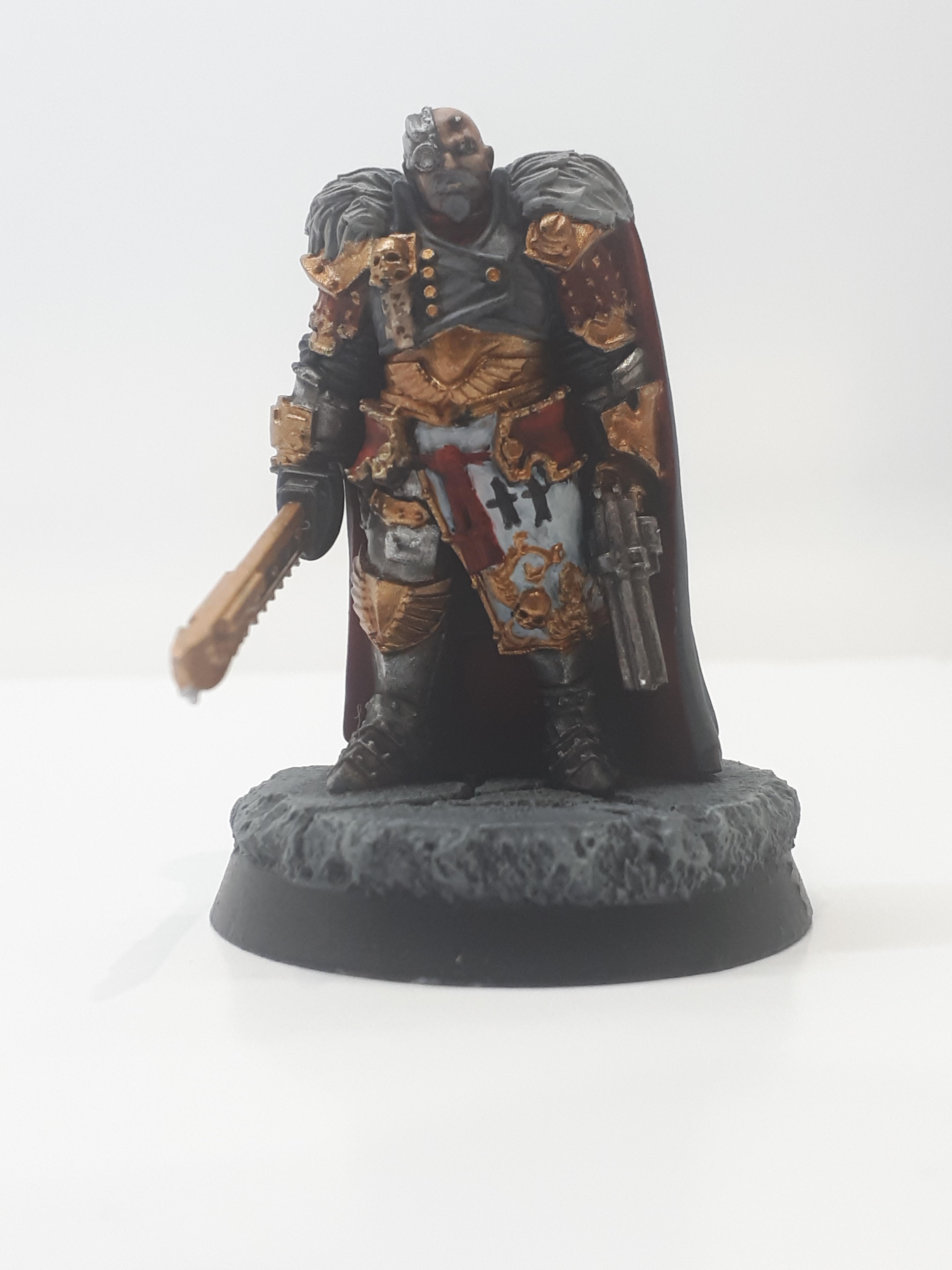 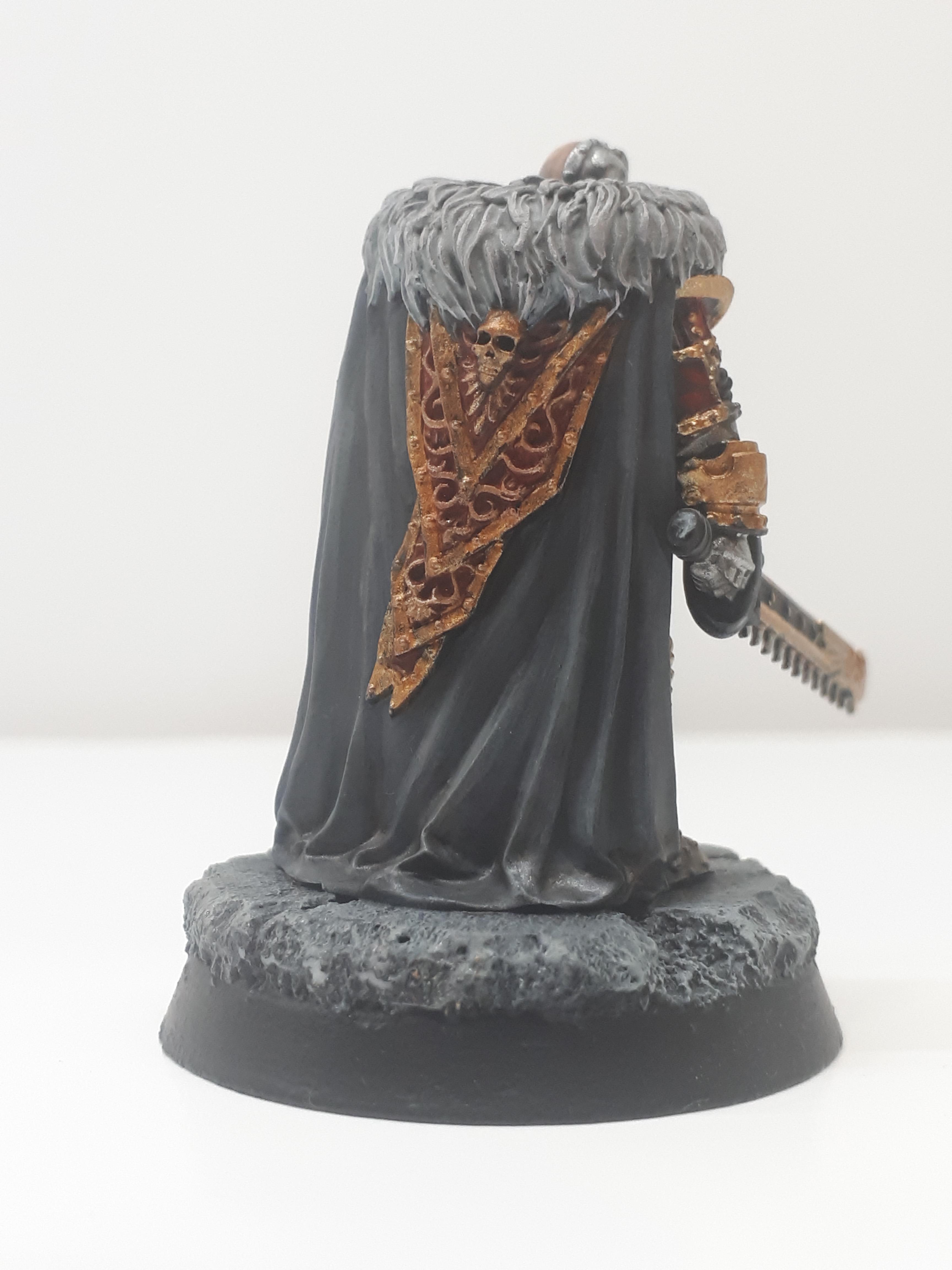 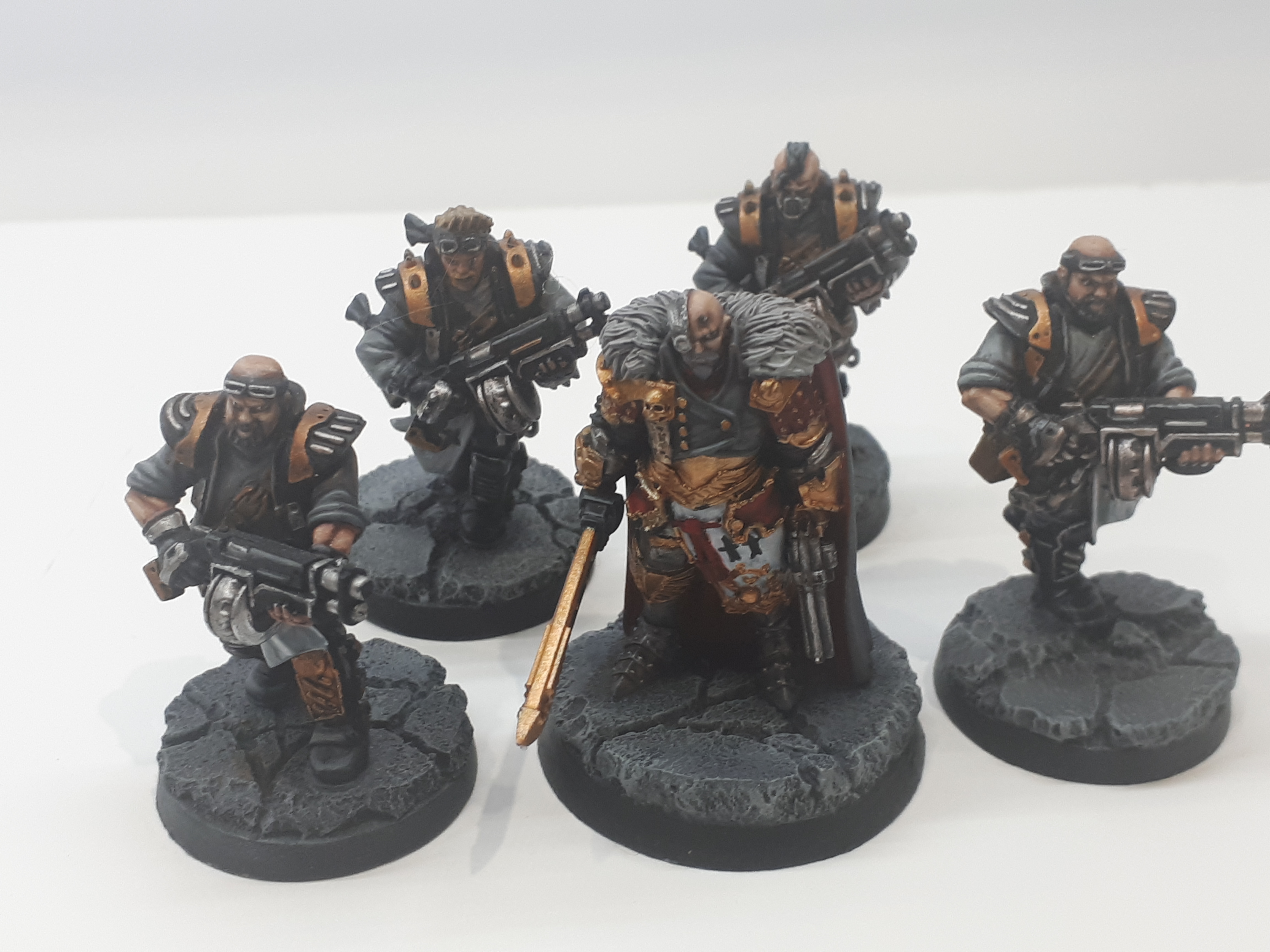 I am creating a custom regiment, the Fallax Hammers based on Necromunda models. Please take a moment to view Work in Progress here

Nice to see some progress, I should have some free time tomorrow to pick up a paint brush (or rather pick one up to put paint on, rather than dust?)

Picked up this Valkyrie second hand, currently stripping her down and will be painting her up as my vow.

Good to see you joining in Scion.

Excellent, another soldier signs up for glory! I'm all motivated to paint as soon as I can tomorrow now

Pledge is moving along. 12x new troops built; some have already magnetized arms from past spares. 2 troops were already primed and will join the production line and a previously complete guy is getting a new head. 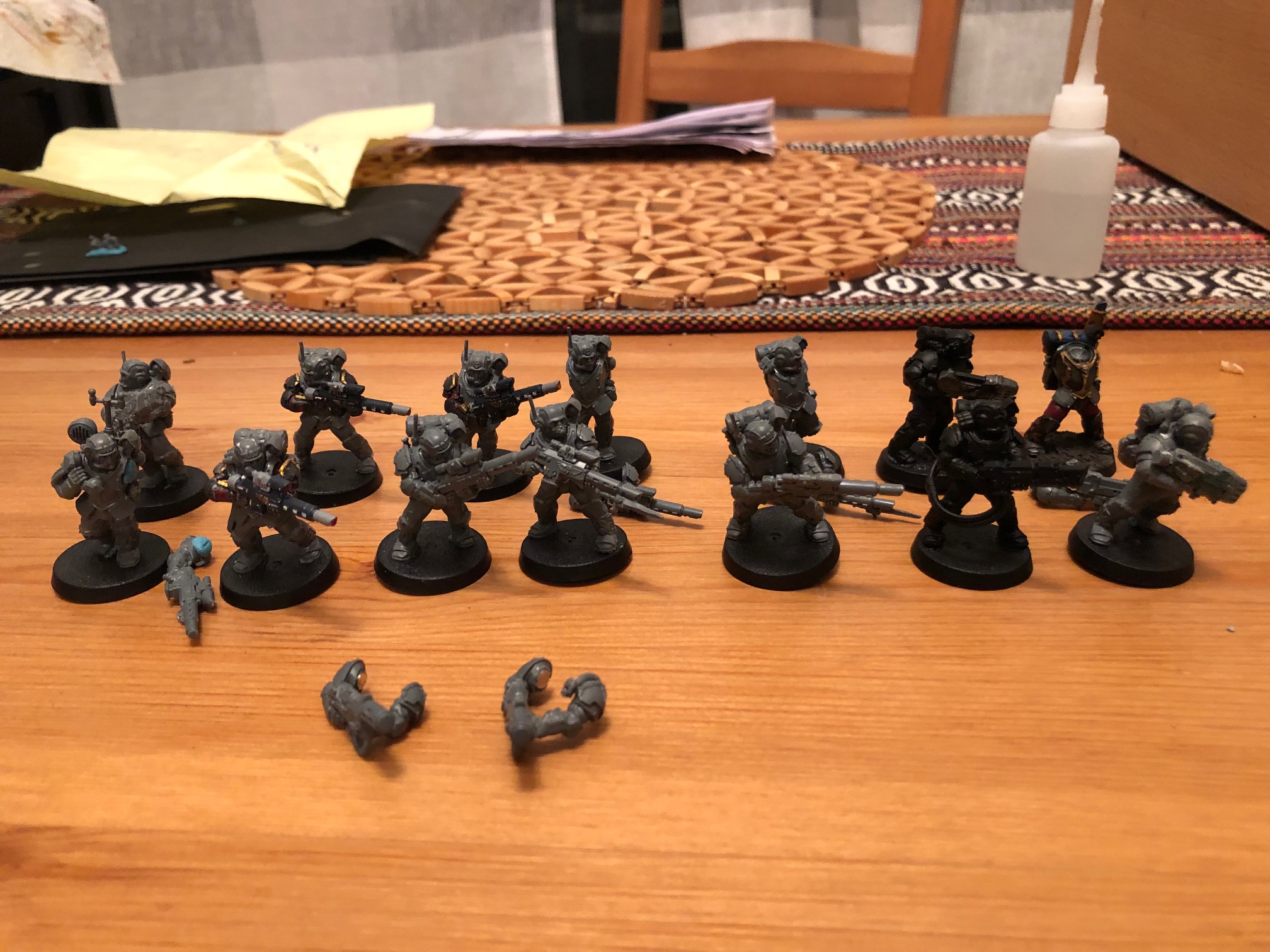 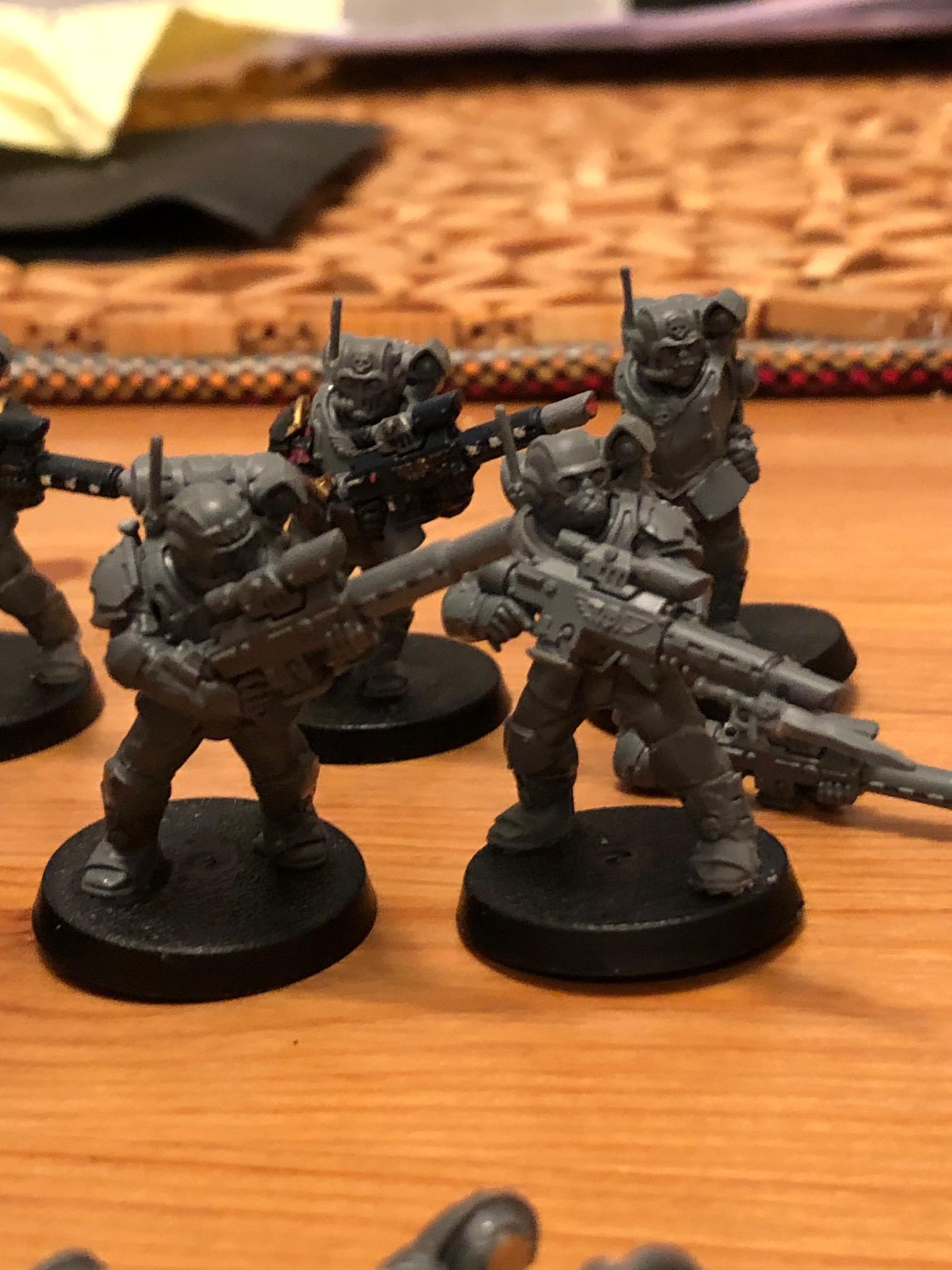 So here's the Marauder in it's current form.

There's one cockpit piece missing, I'm hoping FW will still replace it despite me having bought the model a whike ago already. Tempestor Prime in image is for scale.

I should be able to start work after the weekend, after a local tournament that I very much failed to get all my stuff painted for.

Good to see the WIP sairence, looks like you're ready to jump right on

Do you have a Valkyrie for scale too?

Do you have a Valkyrie for scale too?


I have one, but not at home. It tends ti stay at a friend's house where I often play. Once I've made some progress I should be able to take a side by side pic.

This challenge has had a useful secondary objective for me.

Like all Scion users have noted, the Plasma Gun pose is not bad as a one off but looks ridiculous when you have a dozen dudes pointing. Some minor changes can move a finger and add a grenade to that pointing hand to look like the dude is lobbing, but again, en masse it looks silly.

I've tackled this two ways in my army and in this batch. First, and like many others, I had a few Plasma Guns from other sets (Cathachan Comd, etc) that I cut the handle off, added it to a Hot Shot Lasgun hand and used the Grenade Launcher / Flamer handle arm. That isn't bad but for supposedly elite troops, it is an odd look as its more a spray and pray style.

While not as pretty, I've also heavily modified the one-hand carry gun. If you look at the gun, the one side is covered by the arm and the strap. The other side, however, is a plain old plasma gun. Normally this faces towards the model as it is carried in the right hand. What I've done with varying levels of aesthetic success as I'm only a novice converter, is to cut-off the arm, shave down all the remaining arm/strap/butt, and essentially start as a bare piece of plastic but with the remainder intact.

By doing the above, you have essentially a perfectly normal left side of the gun and a right side with the front half being normal and the back half being flat. By using any number of arms from the Scion box, you can at least pose the gun properly. By adding a Hot Shot Lasgun butt, it adds some overall structure to it and then you can either leave it unadorned or add something to the flat plastic side to flesh it out.

If you look in my above picture, you can see the two troops on the far right are done up this way. Guy in front is already put together, guy in back is just getting his arms as the body is complete. The melta guns arms work quite well as its a tight carry.

@Ubique - If you check my Plog (Excuse the shameless plug) I've just posted some of my Scions. I've been making my own Plasma guns by combining Plasma Pistols with Hotshot lasguns. They're smaller than the standard one, but I personally prefer it as it looks more practical for a rapid insertion unit rather than hulking the big things around. Using these in combination with the proper Scion Plasma gun doesn't make their size stand out either, It's only really noticeable compared to them on other units.