Watch-Station Azurea hangs in orbit of a swollen and bloated gas giant, just as it itself is orbited by smaller craft - whether Imperial Navy vessels departing on patrol or cruisers returning from faraway campaigns. It is the sole staging point for the Deathwatch in the Taurelian Expanse, and the Brothers of the Deathwatch are regularly granted great latitude in performing their duties.

The Watch-Station is situated within the Outer Swordpoint Stars, a region over which the Imperium has fragmentary control.

Appearance:
The Captain's face is regal and patrician, the platinum servo-studs on his brow gleamed beneath his close-cropped, storm-grey hair.

His armour is ornate, as befits his position, bearing the insignia of the Inquisition upon his breastplate. Gilded saints can be seen praying and exhorting the Emperor in alcoves along his gorget. The Captain's shoulder pauldron is no common armorial depiction, but a mural of intricate artistry bearing the image of a skeletal figure, haloed, astride a golden throne. A stylised image of the Emperor of Mankind. Beneath, a scroll bears the Imperial gothic 'SERVI AUTEM'.

Personality:
Diocles serves as the Watch-Captain and commander of the Watch-Station, dispatching the Brothers under his command across the Expanse and the outer Swordpoint Stars as he sees fit. He must often listen to the petitions and demands of the Inquisition; he must often refuse them, such are the demands upon his warriors.

History:
Diocles was said to be Master of his Chapter before his departure to the Deathwatch. What circumstances would make such a storied warrior leave a position of such honour and glory are only for the Brothers of Azurea to speculate.

Dramatis Personae of the Inquisition

Lythea was an Inquisitor of the Ordo Xenos who had uncovered a nascent Genestealer Cult on the world of Syndalla.

Her body was discovered by the warriors of Blackthorn, and Brother Akkad took possession of her Inquisitorial seal. 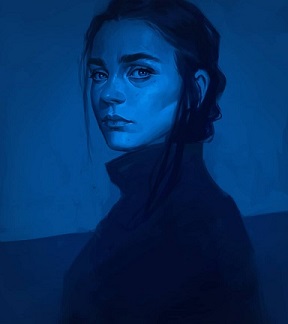 Born into wealth and privilege among the spires of Hyades, Adrielle Haldane was inducted into the service of the Inquisition at an early age.

Haldane accompanied her mistress, the Lady Lythea, to the world of Syndalla in an effort to root out the genestealer cult.

She and her forces found the injured body of Brother Thorvald Hammerhand. 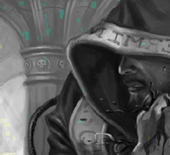 The Interrogator wears a hooded robe, inscribed with wards and runes that exhort the Emperor and decry the alien, that shrouds most of his form. He wears a breastplate emblazoned with a holy warrior spearing a xenos of indeterminate form. At his neck he wears a golden medallion of the Imperial Inquisition. At his waist he wears a sword.

The Deathwatch forces of Azurea first encountered Interrogator Ryken when he vociferously petitioned Watch-Captain Diocles to fulfil the Inquisitrix Lythea's request for aid. He accompanied Kill-Team Blackthorn to Syndalla, co-ordinating the defense against the Broodlord. During the defense of the world from the Hive Ship, Ryken disappeared mysteriously for several weeks. He eventually sent a signal to the Deathwatch forces from Syndalla's neighbouring world, Vinov. Here, amidst the destruction of the Tyranid consumption process, Ryken introduced the Deathwatch Battle-Brothers to Magos Erlan, who had produced a toxin to poison the Hive vessel.

It was at this time that the Deathwatch were informed by Interrogator Haldane that she did not know Ryken, and that he had never been a pupil of Inquisitrix Lythea.

Dramatis Personae of the World of Syndalla

Commander of the Syndallan PDF Levy

Commander of the Imperial Navy cruiser King of Kings, Locke contributed her vessel and its escort frigates to the defence of Syndalla. When the Battlefleet Command demanded that the Imperial Navy abandon Syndalla, Locke elected to ignore her orders.

Captain DuRanes arrived in-system aboard the Imperial Navy cruiser Adamant, demanding that Captain Locke and her squadron leave under orders of the Battlefleet Command. Brother Tyber of the Deathwatch intervened and demanded that DuRanes desist and contribute the Adamant toward the defence. When DuRanes refused, Tyber executed him and turned command of the Adamant over to the vessel's Executive Officer. 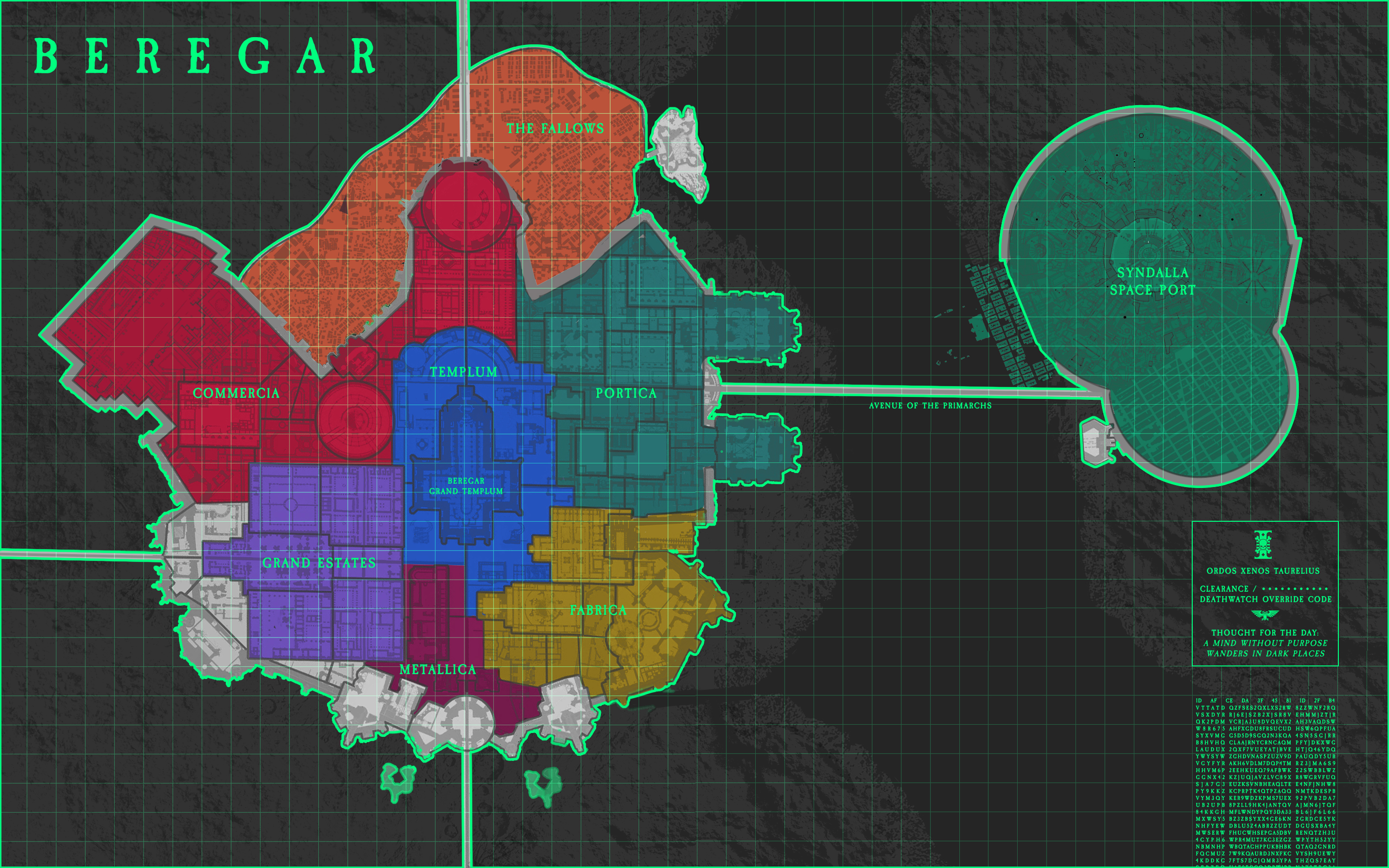