The purpose of this thread is to highlight the efforts that members have put into their Necromunda gangs and to (hopefully) inspire others looking to start their own gangs.

Feel free to post up pictures of your completed gangs - any associated fiction you may have written up can be included, but it's not necessary, just pictures will do! 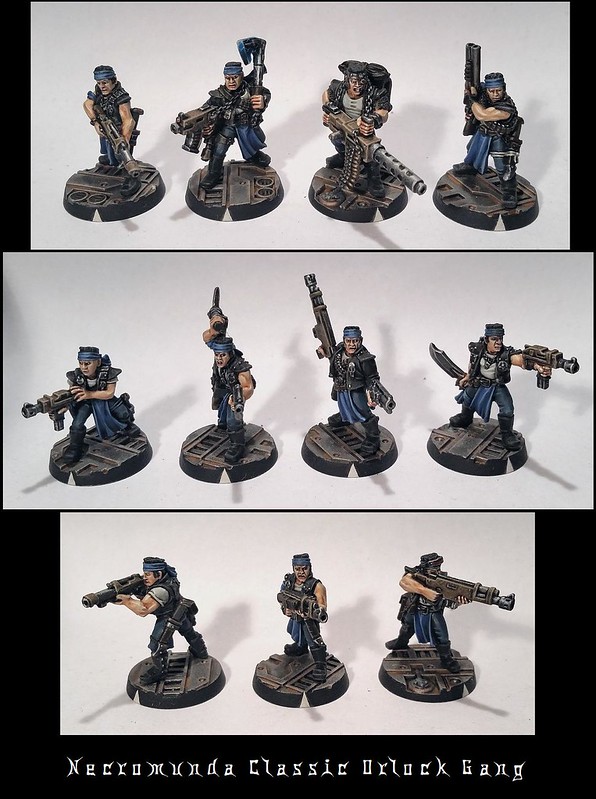 My old gang from 1st edition, I repainted them when the new Necromunda came out. I still love these old guys.

I watched Harlock, Space Pirate and loved the look of the Gaia Legion troopers, so set to work on these. 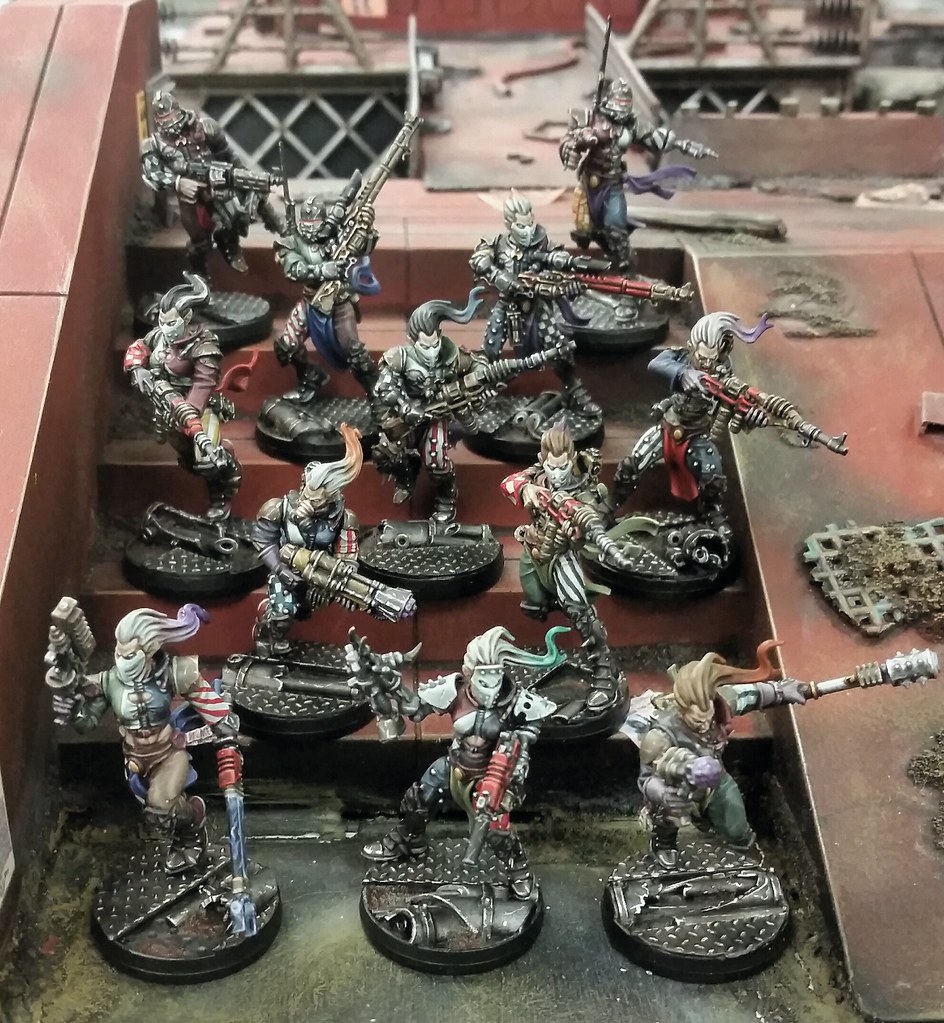 My custom gang, and arguably the most enjoyable modelling/painting project I've ever worked on.

So much awesome. Your Orlocks are the same scheme and almost exactly the same loadout as my Orlock gang back in the day!

The Carnevale is off-the-richter! Fantastic kit-bashing all the way through.

The Van Saar are sublime and the Carnevale show just what Necromunda is all about, beautiful stuff chap!

Yea I gpt nothing that these guys aint said already. 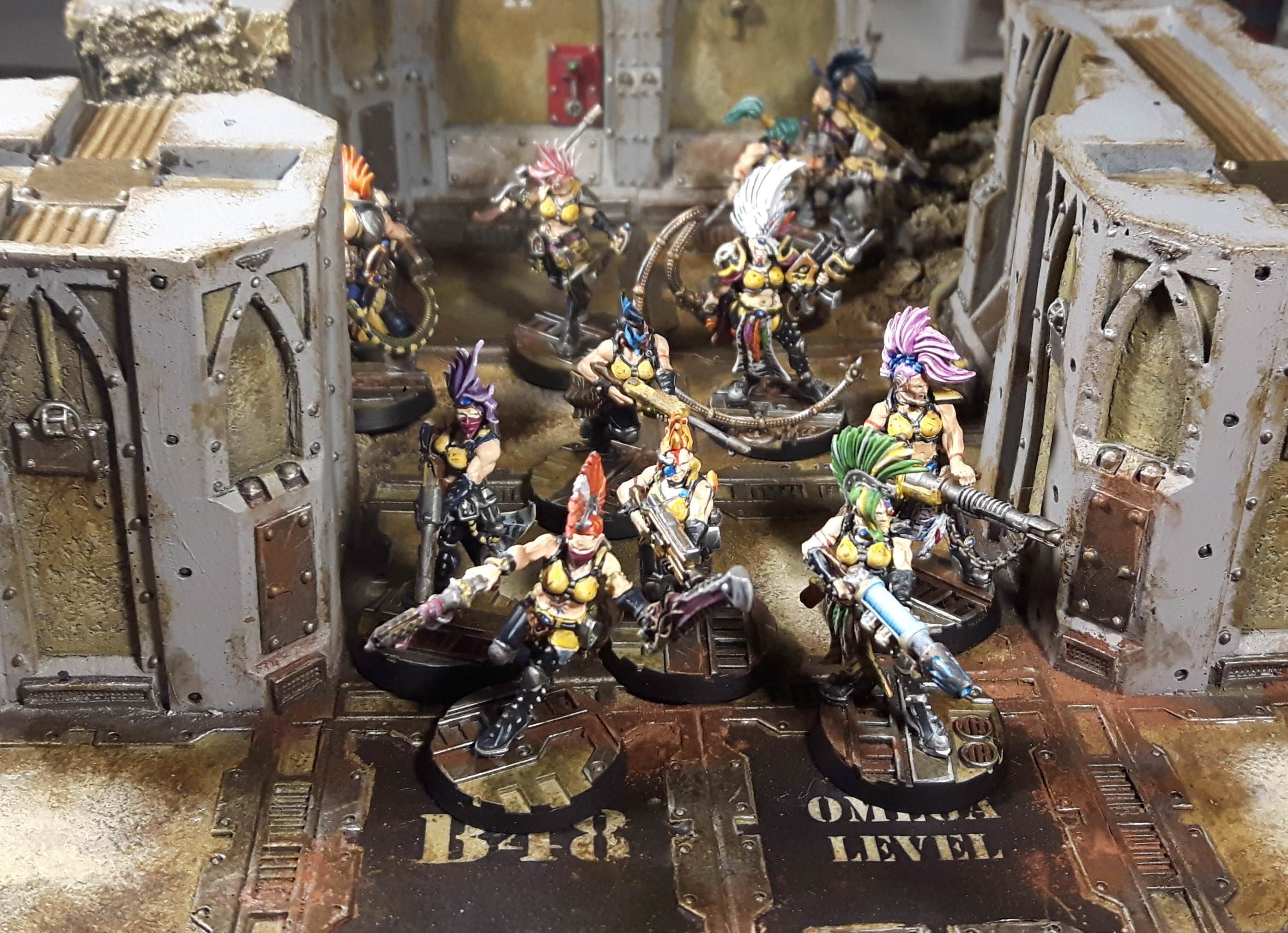 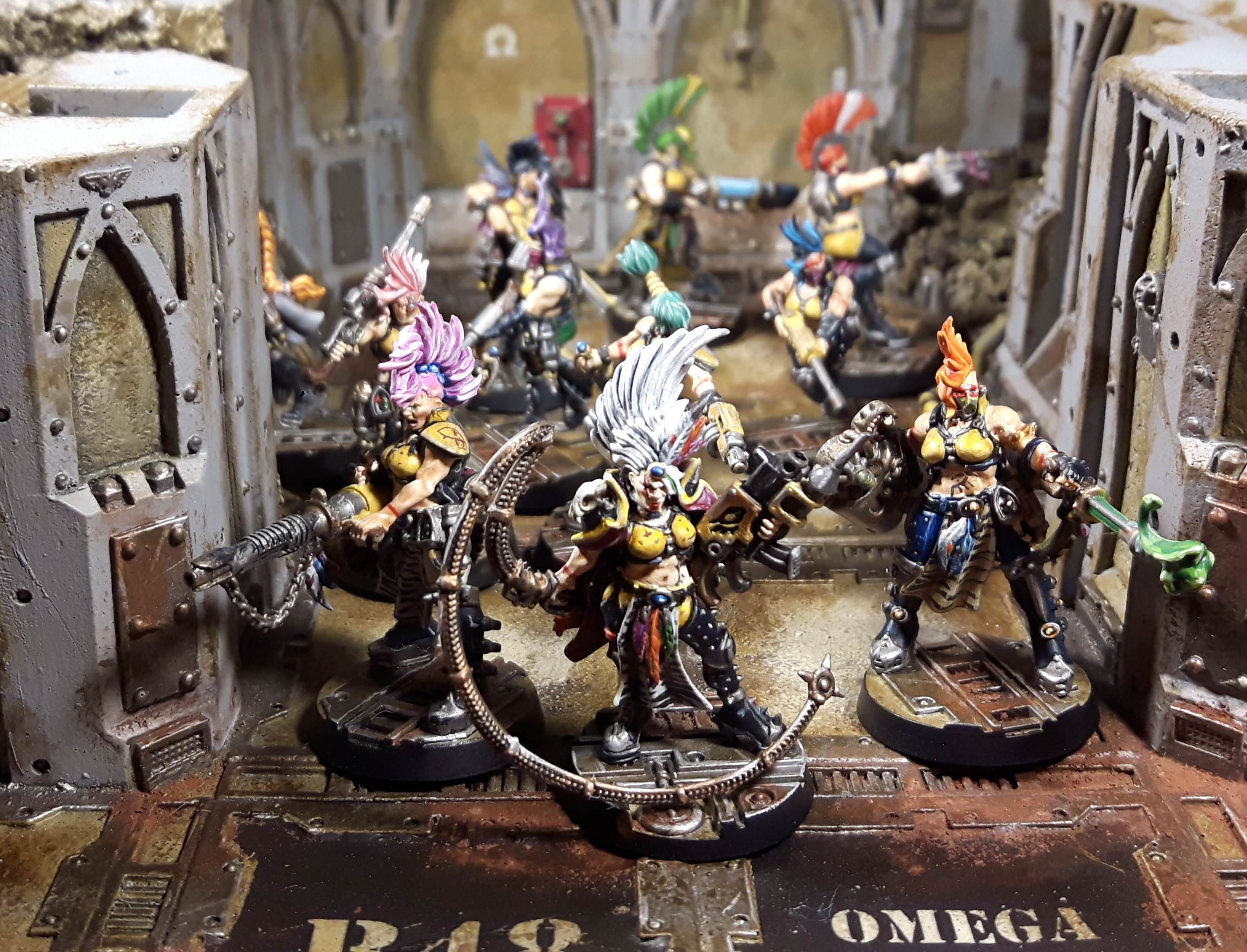 House Escher is unique among the great Houses of Necromunda, for its gangs are entirely made up of women. Masters of pharmaceuticals and chemical manipulation, millennia of dabbling in potent alchemical technologies has left their men-folk as withered and imbecilic weaklings, good only for artificial breeding programs and gene-harvesting. The House regards this as no great deficiency and Escher gangers are among the most lethal to stalk the hives of Necromunda. What an Escher might lack in terms of raw physical strength compared to a Goliath, she more than makes up for in speed, skill and sheer psychotic flair. 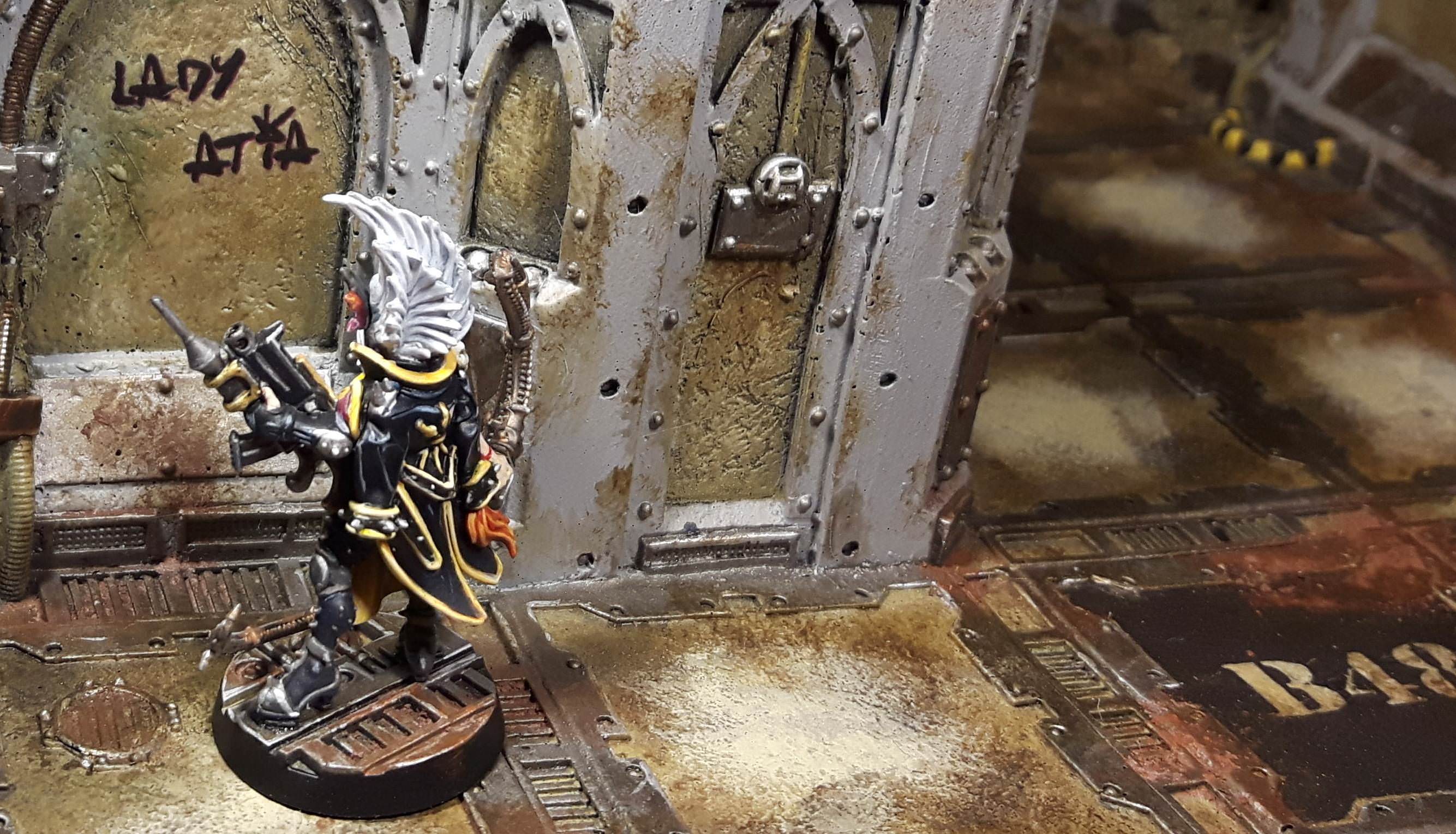 Escher gang leaders rise from the ranks of the House by virtue of their destructive attitudes and furious intelligence. Many of these hive war-maidens were once narco-terrorists, riot-girls or combat-chem test subjects. Too unhinged or aggressive for the House labs or trade clans, their skills have been turned to wreaking havoc on Escher’s rivals amongst the other Clan Houses, especially the brutes of House Goliath. 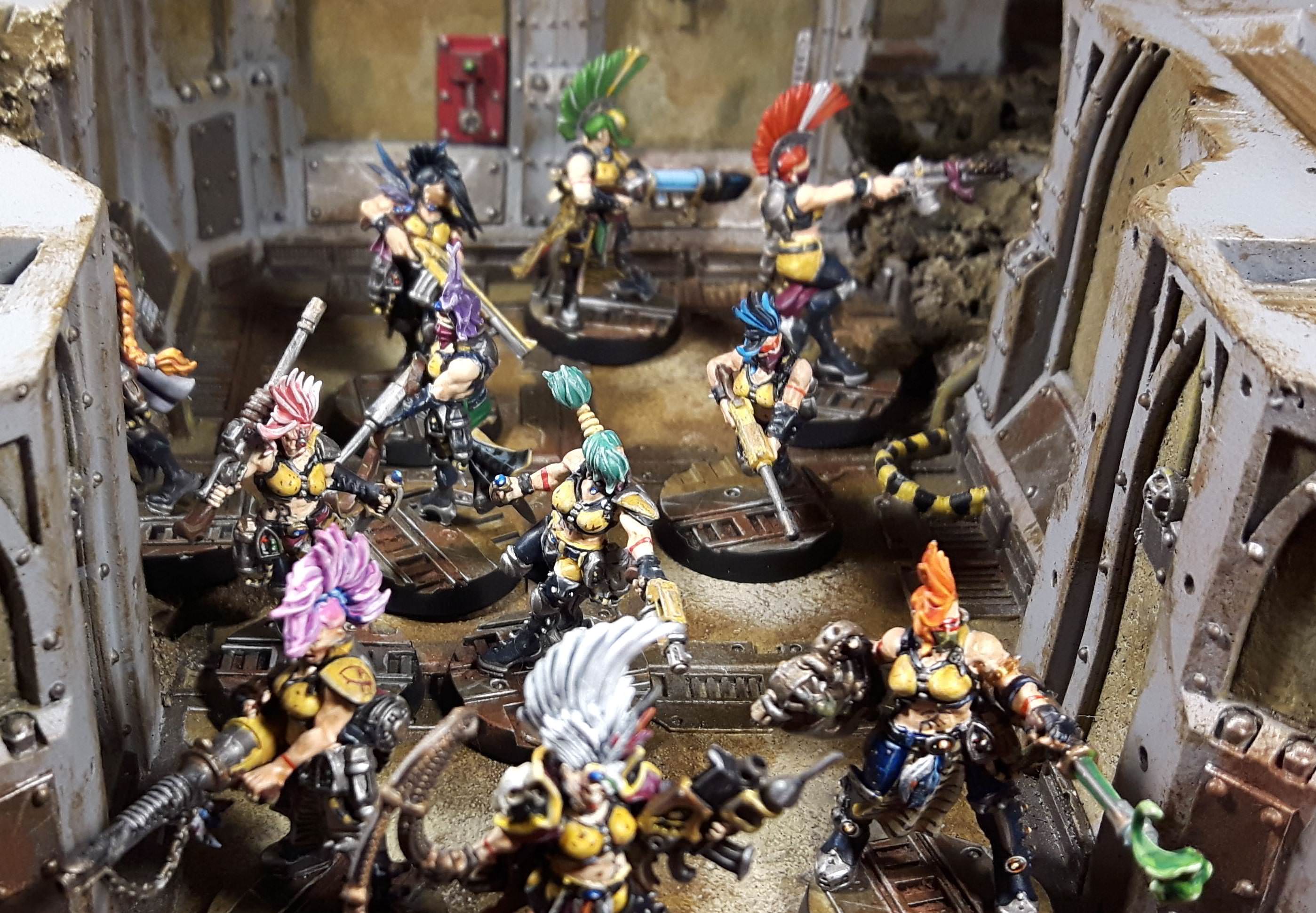 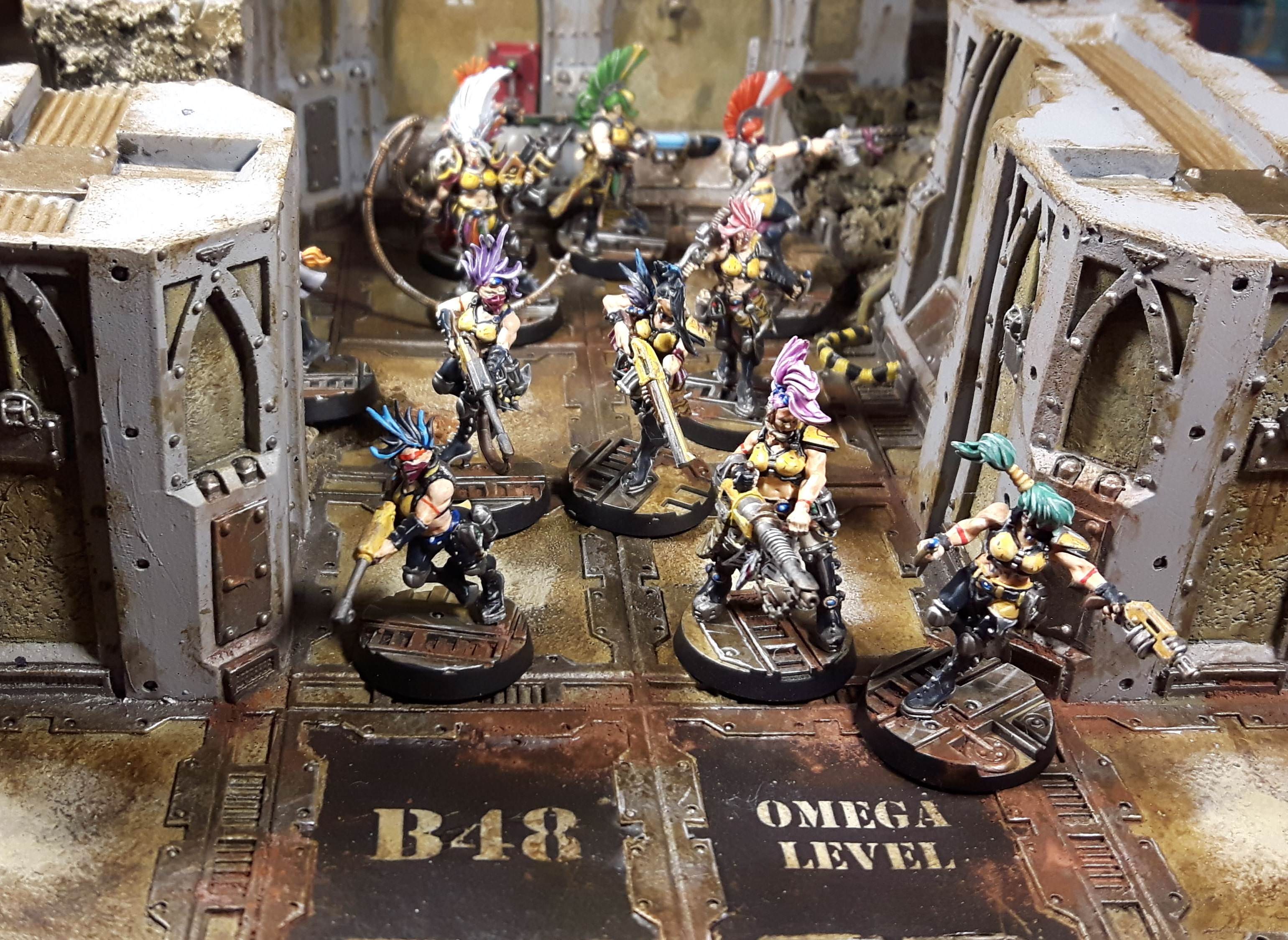 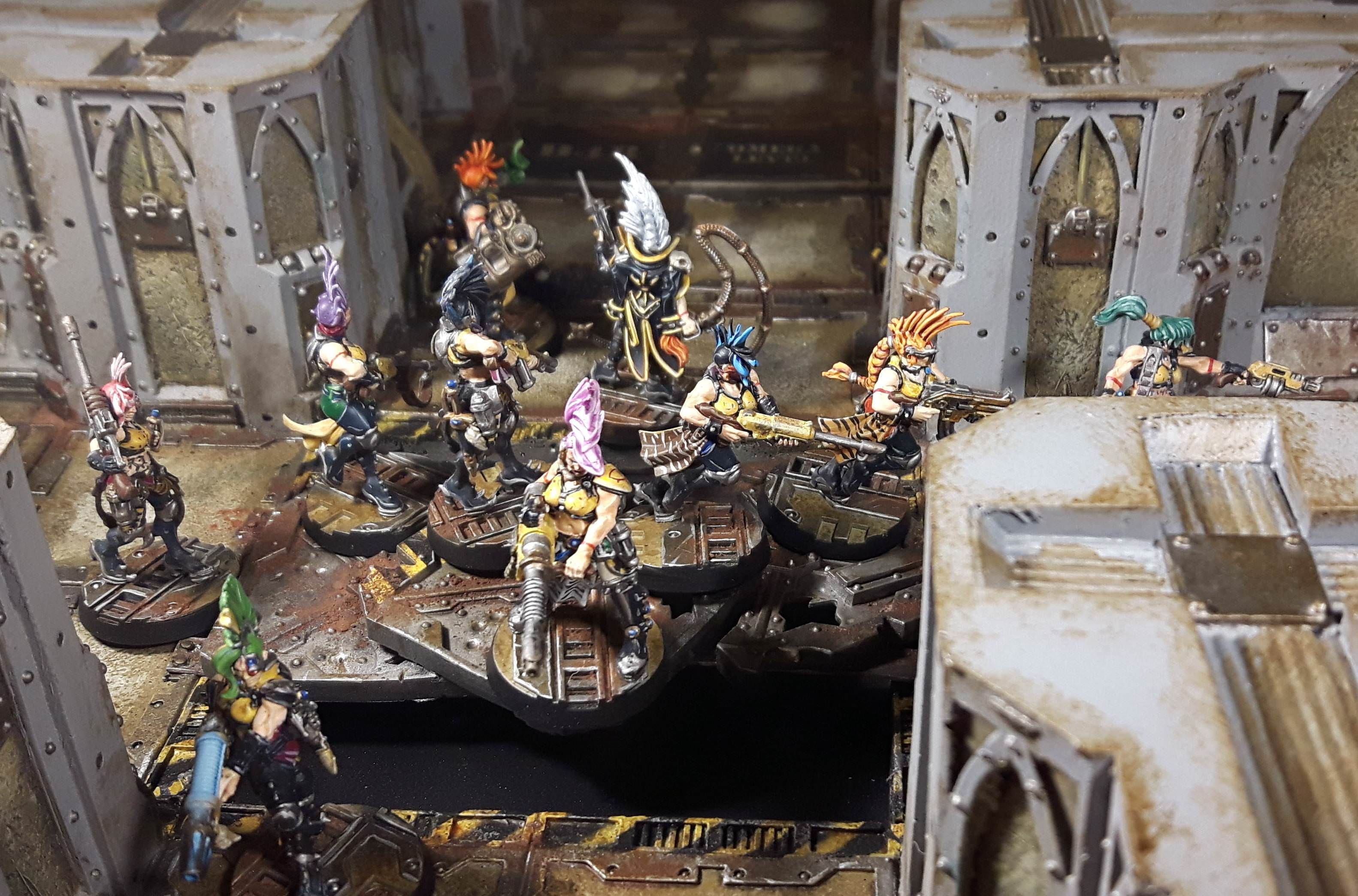 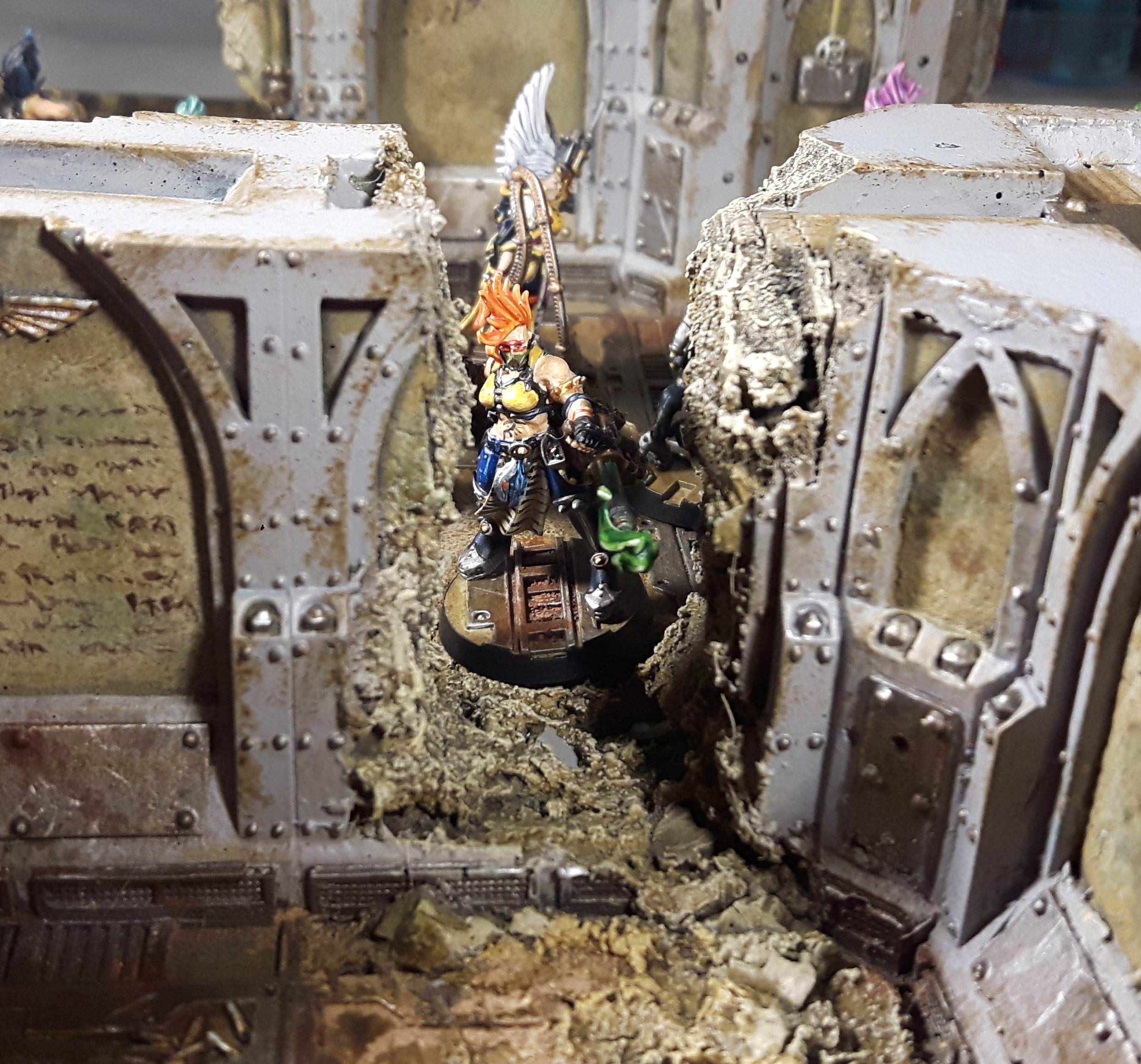 You've made your heavy stubber Champion with exactly the same parts as me. Great minds etc

She's so screwed in that last photo though.

Are the walls Forgeworld Zone Mortalis?

Glad you like them - and yep, converted FW Zone Mortalis =)

Thanks for the share Atia - great work on the gang and the terrain. That Escher Heavy Stubber conversion is a definate crowd favourite.

Deep in the Sump Swamps of Hive Primus lies the lair of the Voodoo Dolls of House Escher.

the emperor is scottish

the emperor is scottish

These guys are amazing. Really nice idea as well.

Aye, these are awesome, well done!

Yeah, those are great.  Where are the named bases from?  They really make the models pop.

The name plate are from https://www.versatileterrain.co.uk/

Thanks for letting us know - and again, excellent work.  The animal prints in particular - just wow.  I tried doing animal prints on some recent models, and your work absolutely blows mine away.

Wow those look great, I love how much personalisation you've put into each paint job and the base rims really do top it off. Well done!

Excellent work on the Voodoo Dolls.

How did you make the sniper in the coat?

The coat is made from the lower half of a Skitarii ranger with a bit of greenstuff.

I'm a fan of the Voodoo Dolls, Longpoke and "Kimmy" in particular.

The following is not mine, and I am not even sure if these models were built and painted for use in Necromunda. 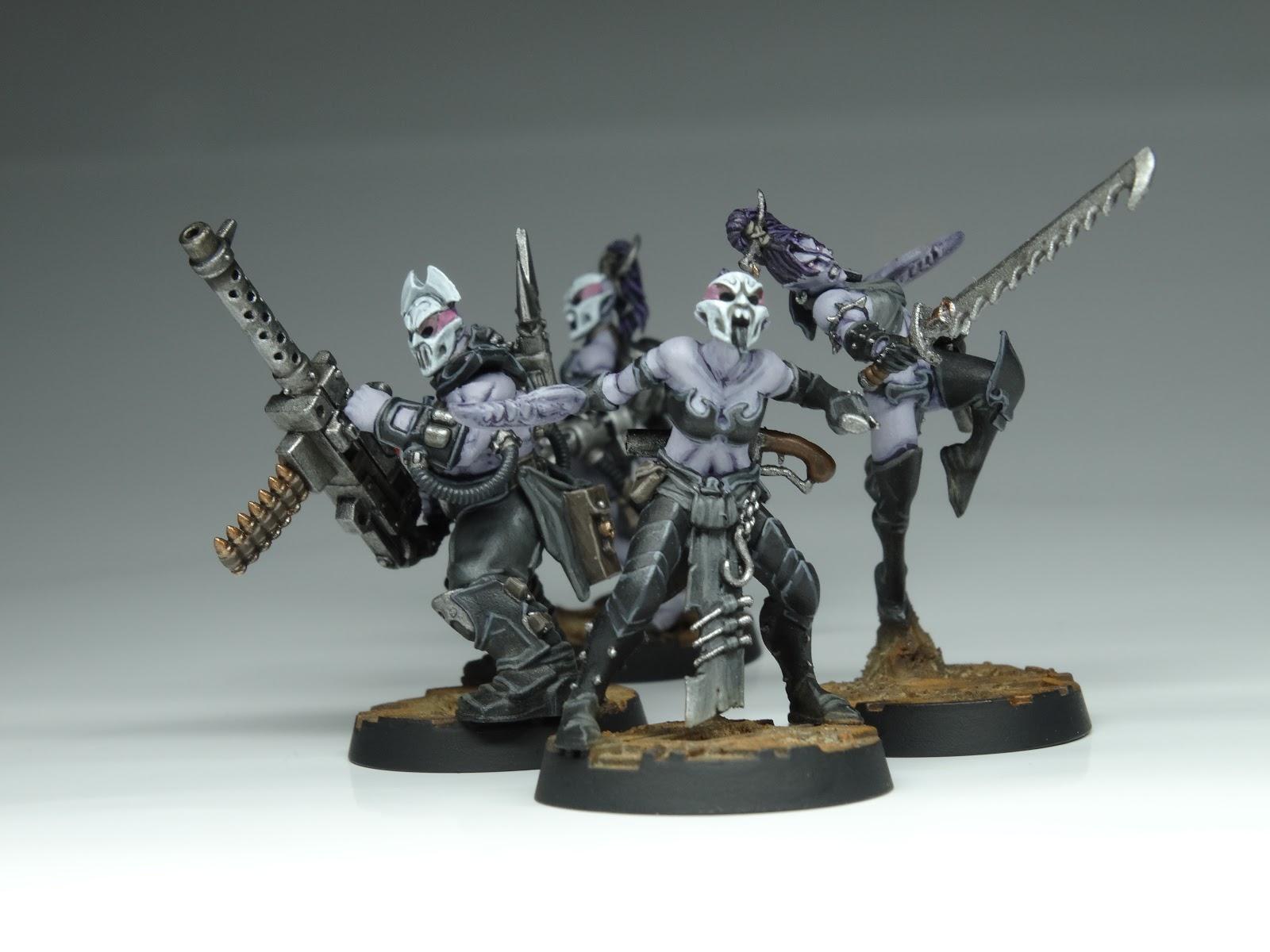 Found on Dakkadakka, these Slaanesh cultists are just too cool not to share.

Hey all, here is a group shot of my Orlocks, The Rustland Wreckers lead by Bossman Broshan. 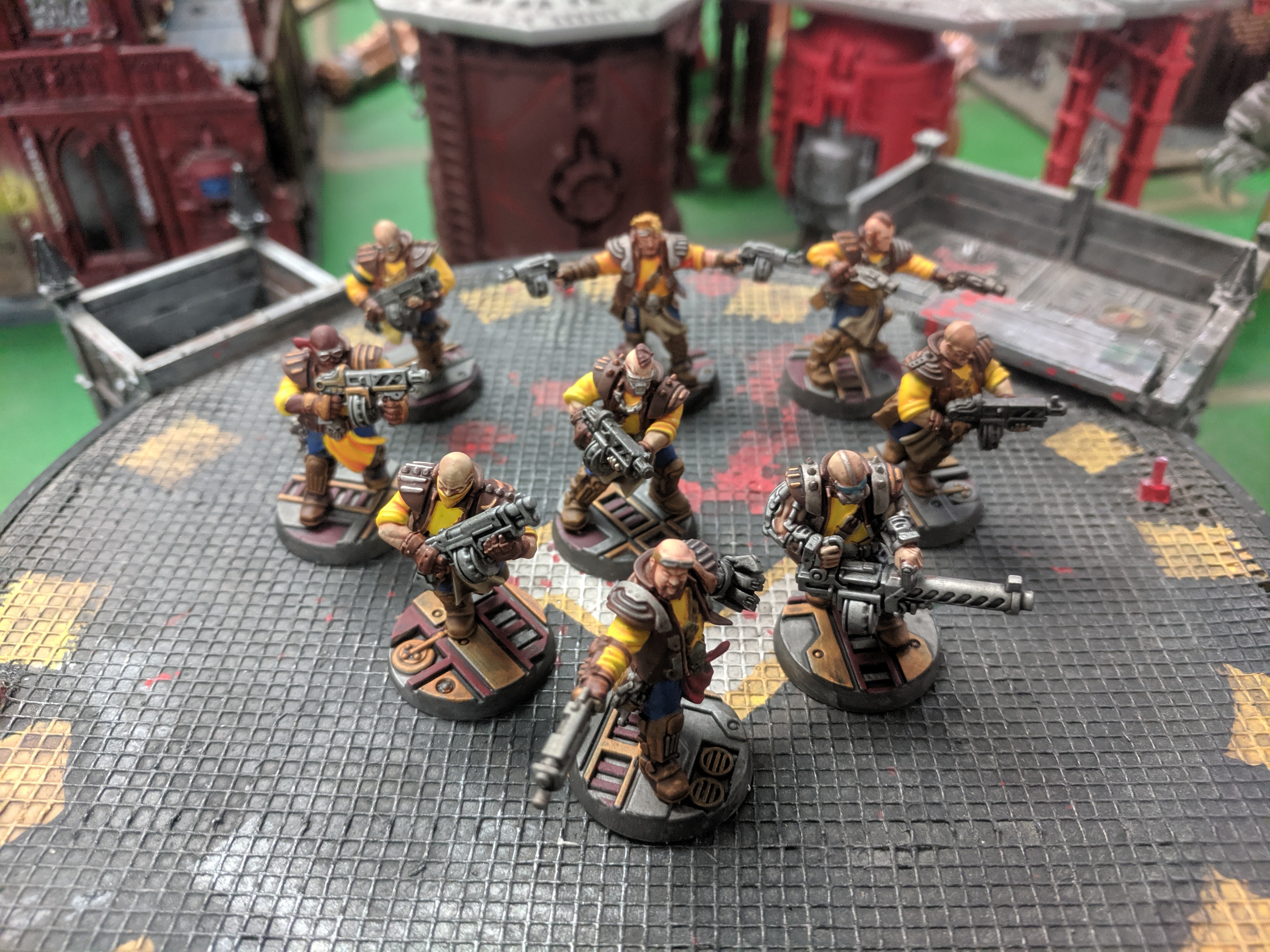 I'll try to get some individual shots tonight during my game.