Everything on here is amazing.

I need to get my stuff out the garage and get some photos.

Happy to finally finish it

I’ve tried to post my army but having technical problems. Can’t copy/paste so had to manually type every link then when I tried to post it, it said I had too many photos. Does anyone know how many pics you can have in one post?

I eventually got up off my bum and got my stuff out. I'm not the greatest painter (but I think Orks can lend themselves to that) but I am happy with how my army turned out. My aim when I started these (in October 2019) was to build a 2,000 point force as cheaply as possible. My starting point was I already had the Shadespire Orks painted and loved the Big Choppa wielding one so built from there. Managed to put the whole thing together and painted in 4 months for a total spend of just under £80 which was mostly for the infantry, probably £20 total for the vehicles).

Made with a Deffkopta pilot, the body is MDF with metal brackets bent straight so the boyz could be magnetised for transport. Rotors are coffee stirrers from Subway, Kannons are the insides of some Biro pens

Made the same way as Da Red Eegul

Made from an AoBR Nob, green stuffed by my mate who’s an absolute wizard with the stuff.

Made from model railway hedge tufts

Made from toy Traktors, Kannons are till roll tubes from Tesco
Hidden Content

Made from the trailers that came with the Traktors, the gun barrels are from Biro pens

I love the kommandos and the banner bearer but Dave “Da Box” takes the prize !!!
Well done on making a cool army on a very tight budget !!!

Heres all my boyz sofar:

And one photo of my Goff Nob "Gorgar" 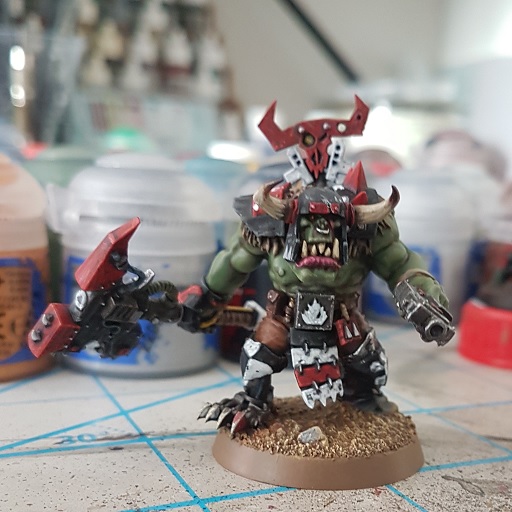 Many more pictures showing the evolution and construction of the army HERE, hope to add more in the future!

First of the minderz, pulling Grodsnaga forward, or about to snatch away his copper staff so he can’t ground himself.

The minderz are from the Dragon Bref family of the Snakebite clan (from Waaargh Da Orks).

And the other, holding the banner (to warn other Orks not to get too close) and reaching out to Grodsnagas pet snake.

I just finished the luckiest grot in the galaxy. 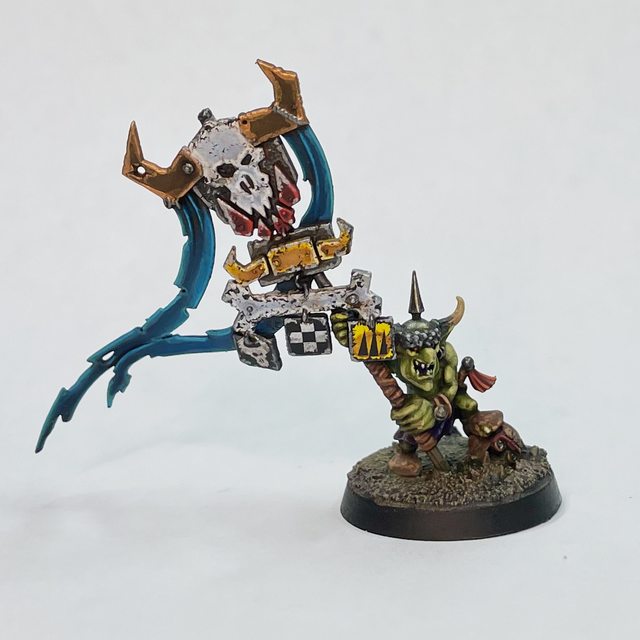 I've got some stuff to add:

Also tagged with one or more of these keywords: Orks Showcase, Orks, WAAAGH, Showcase