So many new vows and great entries, chaos is going strong!

I have been spending my evenings slowly adding green stuff and wiring to the tail of my beast. Will need a few more nights of sculpting to thicken the tailbase, add the flamer mandibles (maulerfiend magma cutters) and daemonic flesh so the leg joints fit in better. After that will come the daunting task of finding the best pose. I am a perfectionist in that sense and will have trouble finding the best pose...

Also got a question for you all, should I put the defiler on a base? I was thinking of putting it on a knight base, has anyone done this and will this make it easier to transport/ game with?

Edit* Was able to do some work this afternoon.

Looks awesome - how did you make the armour plates?

Stumbled over some excellent hobby advice over at the BA forum (thanks Silas7!), so please check out THIS VIDEO. Grab a cup of your favourite drink, take that half an hour. Fun fact: we all do #4 with ETL right now!

Rhino is nearly done and 2nd squad, Dark Apostle and disciples are base coated. Vow 1 is well in hand!

Also started work on a Chaos Spawn which will hopefully be part of vow 2.

Welcome Green Horror and Lysimachus! Good luck to both!

Wont know until next weekend if I'll be getting any Contrast paints or not. I might just have to paint my vows the old way.

Of course, this waiting is also getting annoying... Kind of want to get started...

Managed to finish the base so far - and now, with this first sacrifice to the dark gods done, let's start a Black Crusade .... 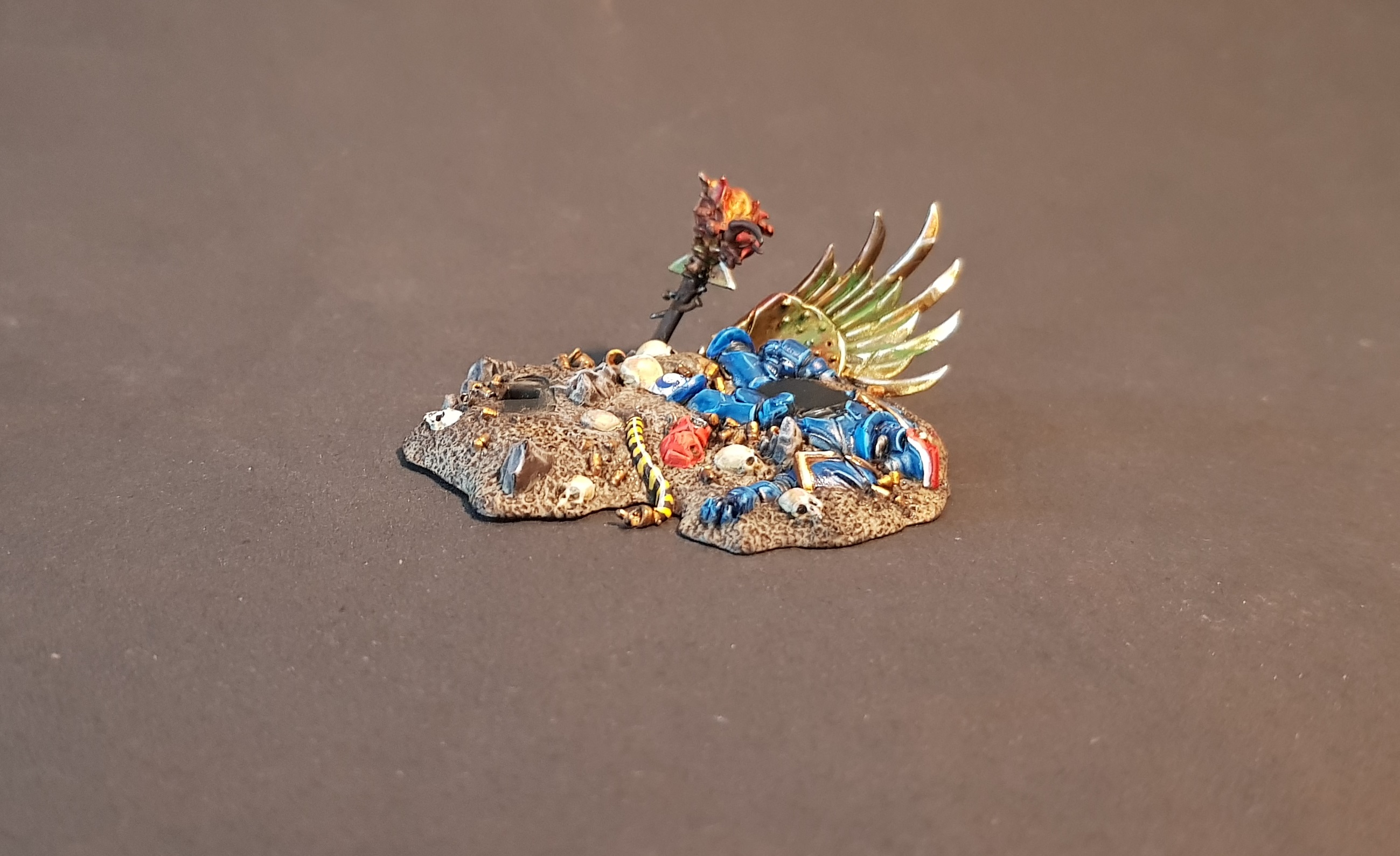 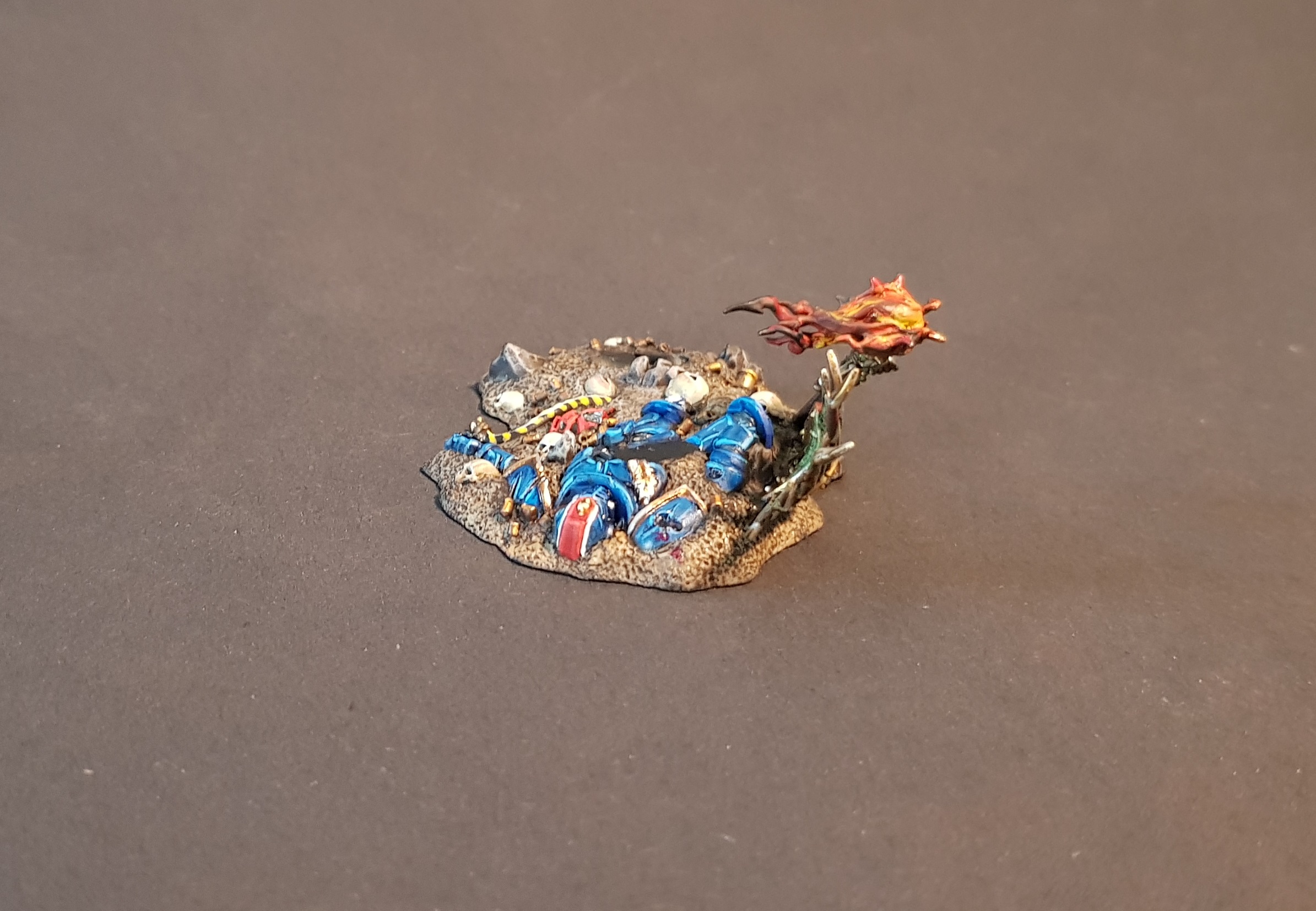 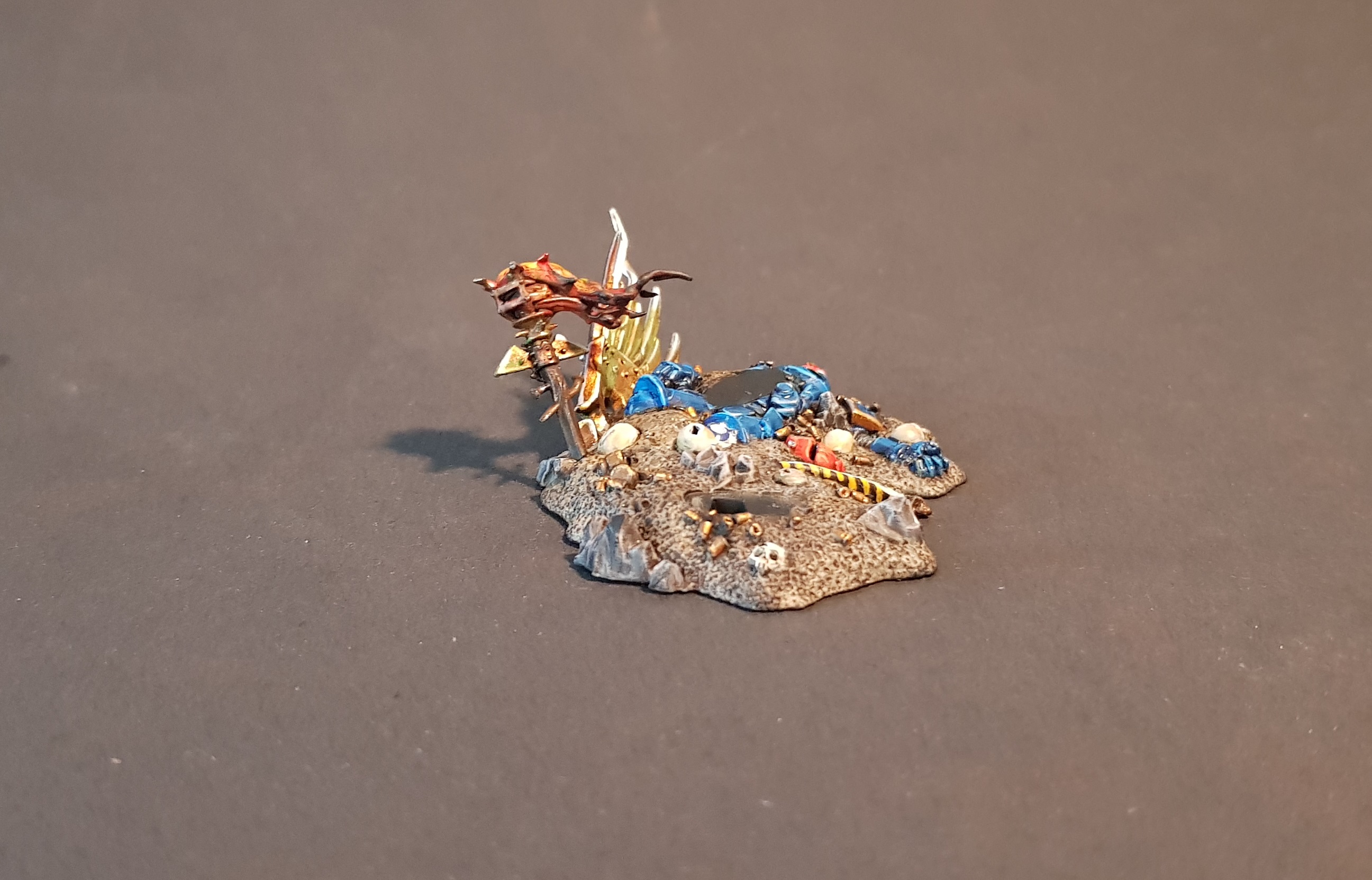 Experimenting with a 360° video

Cant see the video Atia. Is it a problem from my end?

Cant see the video Atia. Is it a problem from my end?

Well since my girlfriend was out of town on travel and I work from home a few days this week, I was able to finish my 2 Raptors, make a mace for my Dark Apostle, and get my 5 Noise Marines built while I wait for the other figures to come in.

Anyways, my first figures of my Vow are completed:

The Dark Apostle has been based and primed, and is next on the bench.  The noise marines will get cleaned up a bit, with some extra details added on.

I, Arakos The Corruptor, shall rise to the challenge of the E TENEBRAE LUX in the name of the Warmaster Abbadon to complete the following units worth a total of 363 points before the First of September. Success will grant my Warband favour in the eyes of Abbadon, while Failure will condemn me to the Badge of the Oathbreaker.

One Exalted Champion of Khorne, armed with the MURDER SWORD for 74 Points

Twenty Chaos Space Marines, armed with Bolters, Two Heavy Bolters, a Power Sword and an Icon Of Vengeance for 289 Points

Ah, it warms my heart to see the bat hats get used!

Welcome Arakos to the ETL and the B&C!

Finished up two marines today. That puts me a 2/7 of my marines done, everything else is primed and either curing or ready to start work on. Keep up the good work everyone!

Finally sat down to prime my first vow... Promptly drop my Badger Krome... Nozzle first into the concrete floor...

Now I have to order new tip and needle...

Glad to see some completions already and tons of awesome models pledged. I'm not so far a long but here's the starting point for my first Vow - primed Armiger Helverin 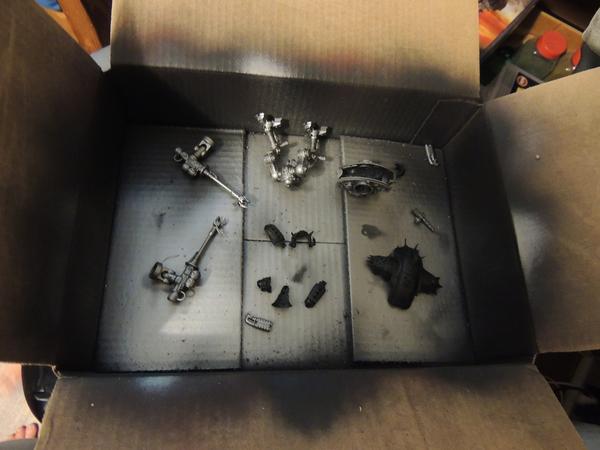 Good to see so much progress going on, keep it up folks! Maybe we see some completions this week? The Dark Angels are a good bit ahead of us, and we can not let that stand, can we?

Speaking of Dark Angels: they are highly active this year, outpacing the Blood Angels by a good margin, even closing in on us. I think we need more recruits gathering under the banners of the Legions and the Dark Gods, and we need them fast!

Is this to far painted to pledge?

Basically the same state as if I'd used leadbelcher spray on 90% but I did get as far as  little bit of flesh base coat and those few spots of red base.

@ Mechanist: Sorry, mate, this doesn't help you with your question in the slightest, but it's just that...

Hahahahahaha, pure win. Now I can't unsee that either!


"Deception IS the point. Any fool can calculate strength. That one has been doing it from the moment he﻿ saw us. Now, he has to calculate what he can't see. And fear what he doesn't know."

By the grace of Frater Putrid Choir and the kindness of Grandfather Nurgle , it has been brought to my attention that I miscalculated the point value for my entry:

I didn't take into account the weapons, so it should be 180 total points ( 170 for winged DP and an extra 10 for the sword) as per the latest update to Codex DG.

Sorry for the confusion but as I have been reminded -- every point counts!

Edit: Added somepics of my attempt to gs Jet intakes to make up for the Trouble.

Today I received my modelling supplies in the post, so now I have to assemble and kit-bash my Chaos Lord.

That my Siege Breacher unit now finish for ETL.  There a few part to sort out, but that get done that a later & I've really enjoy building & painting the new unit for my ever grown Iron Warriors 5th Grand Company

Siege Breacher squad was inspired by the Long Wat novel from the Beast Arise series.

+Beast Arise: Echoes of the Long War+
Behind them marched a second ten-man squad, who fanned out, adopting a staggered firing line of bolters and siege weaponry, shielding the ponderous advance of a final three Iron Warriors behind them. They were huge, armoured like tanks, and bound in razor wire. Terminators. The colossi stomped into position behind the Traitor Space Marines, Tactical Dreadnought suits purring and belching black smoke as they redressed the aim of their combi-bolters towards the Militarum Tempestus

Then the Knight.  Just waiting on a Bloodletter banner to arrive - Loin cloth.  Then it just add trophy & base sort out.  Aim to get the Knight painted next week.  Inspired by Dies Irae, from the Storm of Iron novel

+Storm of Iron (from Lexicanium)+
The First Parallel, Part Three, pg. 88
Dies Irae had been twisted and mutated drastically by the warp, increasing its already formidable strength with the dark power of Chaos, notably adding a tail with a large spiked wrecking ball

The Sorcerer now sorted out for the Thousand Sons unit

The second TS vow.  They where just built a few hour ago.

For the Sorcerer, I'm planning on painting them in the metallic red colour scheme that a lot of the Horus Heresy hobbiest do.  Part of me was going to wait until the re-release of the Forge World red air paint was out this weekend.  But I try out the Blood Angel contrast paint over a retributor armour spray & it seem pretty cool.  I would apply the Golden Griffon dry paint onto the Sorcerer models & hope that help out with the highlight.  Maybe a very light drybrush of Stormhost Silver?

So something like this.  Just something I've wanted to do for the narrative of my warband, same that all the Sorcerer will get the wings.

Wow, an impressive update! Loving those Siege Breachers, just spectacular. And I can't wait to see that Chaos Knight painted!

13 user(s) are reading this topic