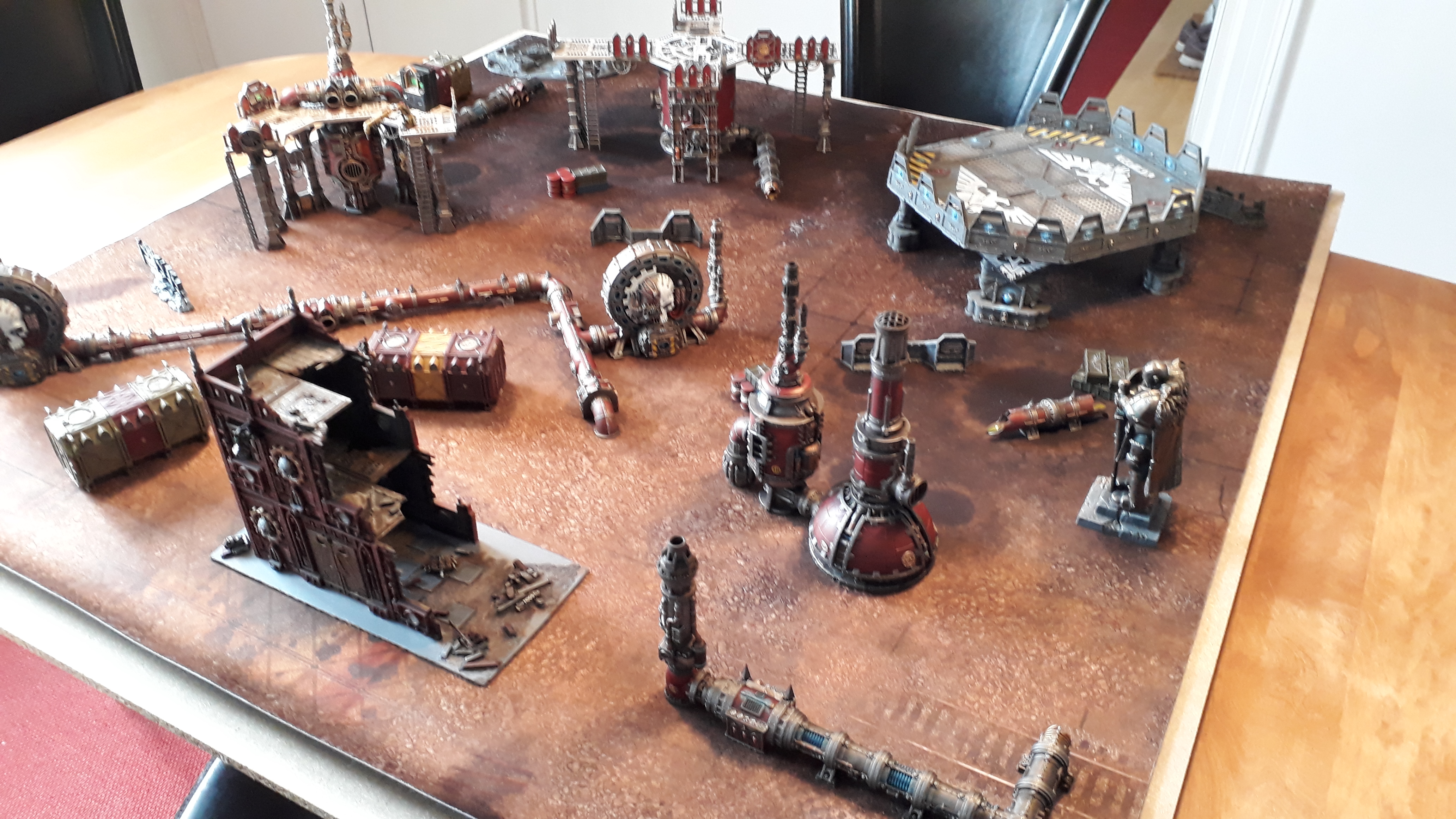 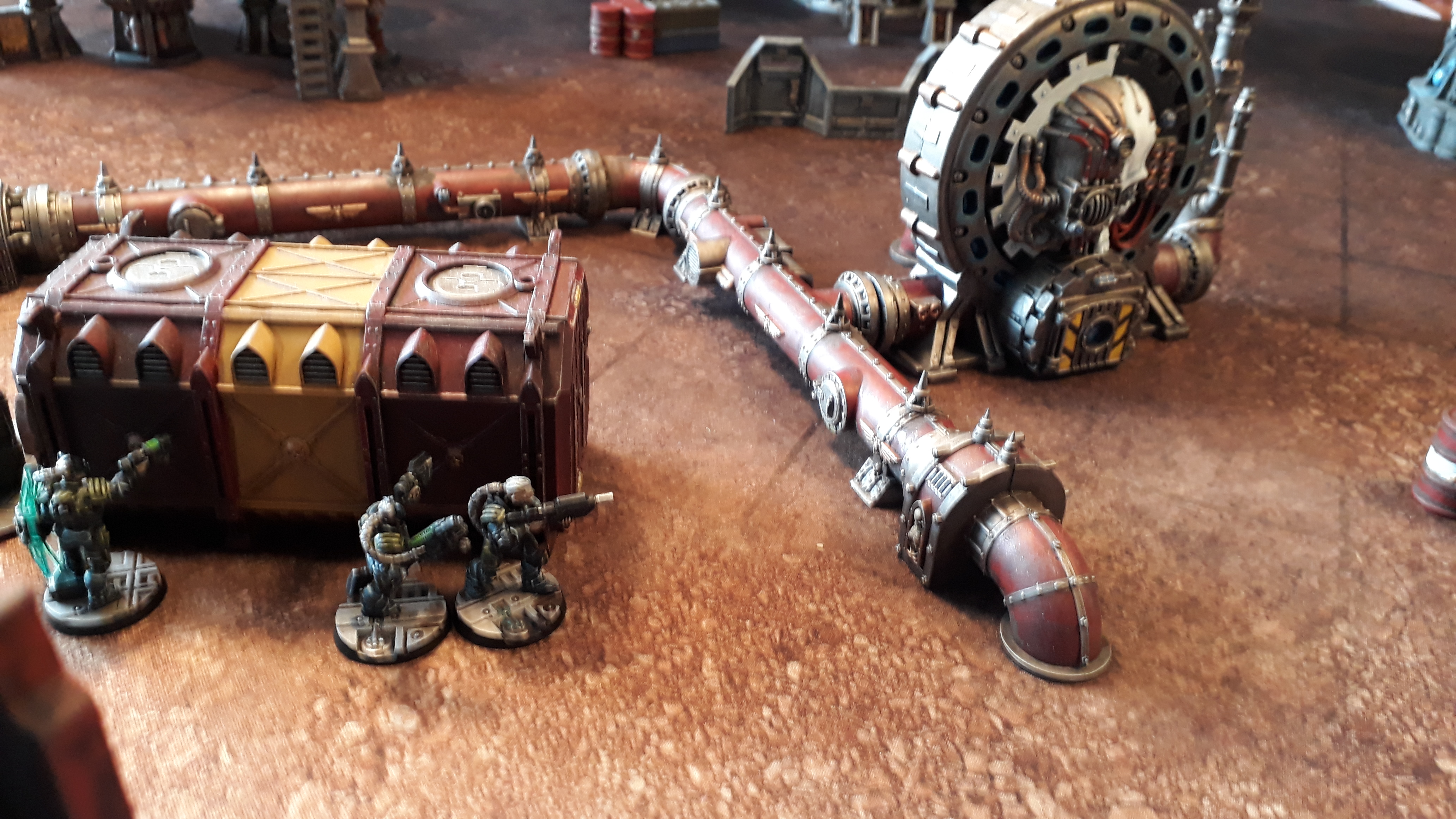 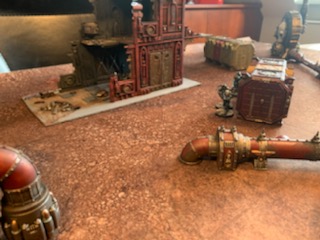 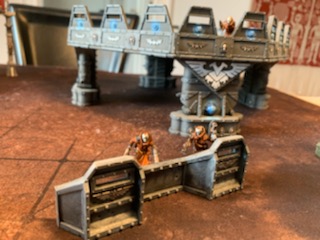 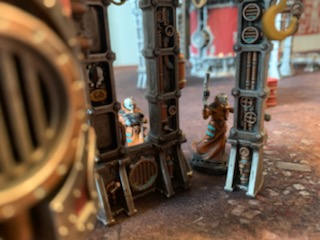 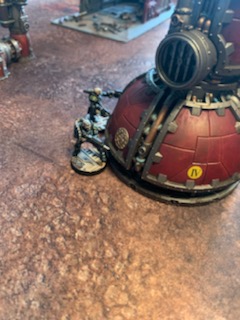 It was a bit tight, when my line got flanked by the House Delaque champion carrying a web pistol, who managed to put down my leader in one fell shot. Happily (for me), he was more timid in the second round, where he only made a 5" move, and was ½ an inch away from touching my plasma gun champion. Had he made another sprint and shot, he could have put down both the plasma gun champ and a ganger with lasgun. Instead, he was short, did nothing, and was shot and OOA by my las carbine champion. 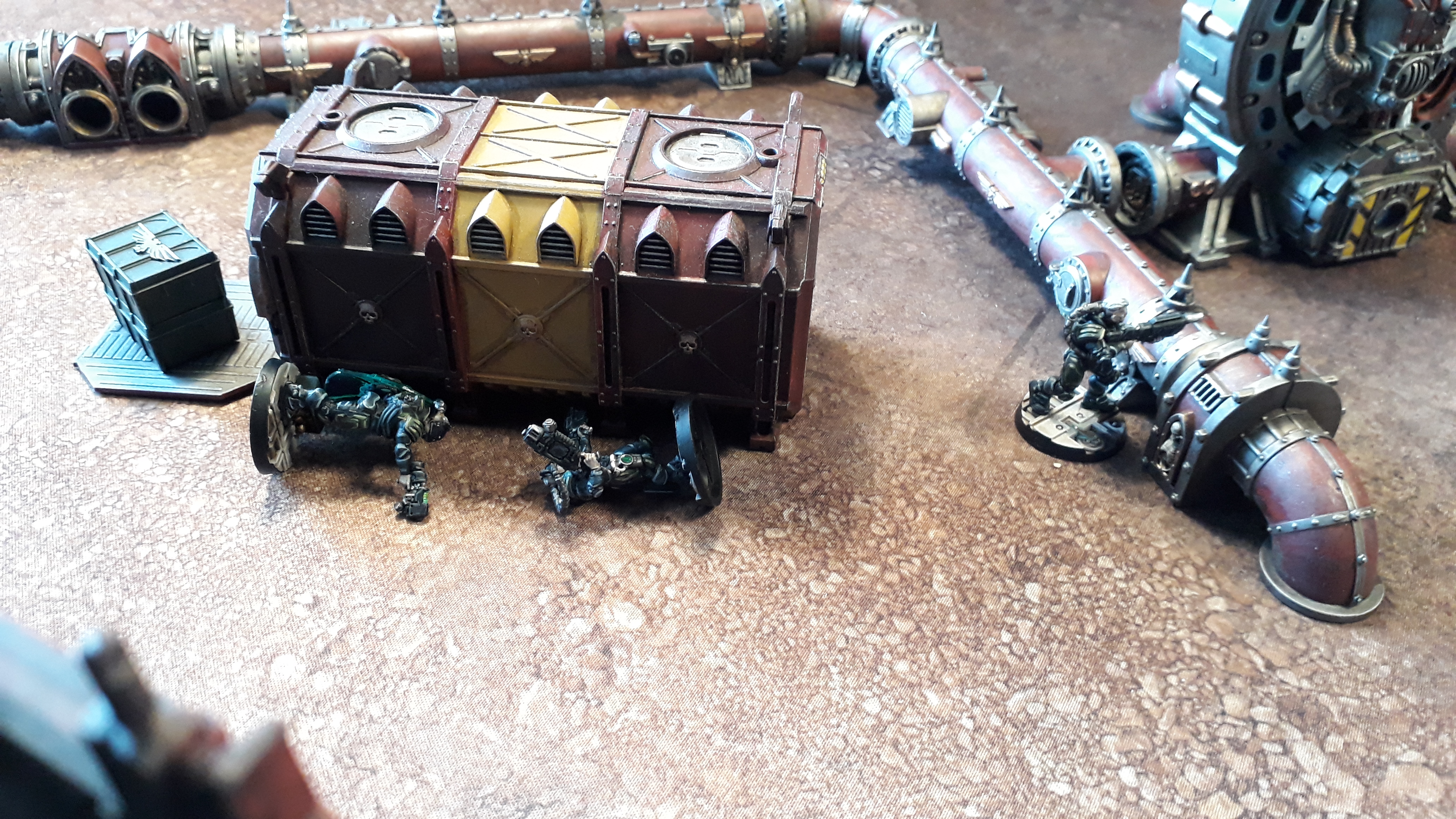 In the end, I won, gained another 3 Reputation, 50 credits (20 for the win + 30 for the fixer skill) and a bucketload of XP for my fighters. My leader, Alucard, now has 11 XP that I am a bit in a loss as what to do with. I am thinking of buying the +1 Toughness advance for him...because T4 makes sense in a world of S3 weaponry...).

I am now trying to get a game on with either the Venators, Goliaths or the Cawdor, who are the three remaining players in our little campaign.

Congratulations on your victory!

I am really starting to enjoy Necromunda quite a lot! It has tonnes of character...and I love the individual development of each ganger, juve, champion and leader :-)

Alright - so I rolled up the first advance on my ganger with 7XP...and got the rather underwhelming +1 Willpower or +1 Intelligence, for an increase of +5Creds for the ganger. Think I am going for the Intelligence, as opening doors, crates and so on can be an issue...

So the Necromunda campaign died as the Arbitrator went radio silent and has done jack with the campaign since September. Shame.

In other news, I managed to get a copy of the new Van Saar tactics and dice from the GW shop, and have ordered the new prospects and champion as well. I also made a gambled and ordered the Book of Ruin sourcebook, that I think sounds cool - and I would like to run an Uprising campaign next year, when hopefully the pandemic has gone away.

I read the review of House of Artifice on Goonhammer, and despite their very lukewarm review of the book (when compared to say Goliath, Escher or Orlock), there still seems to be some neat new stuff for the brainy bunch of the Underhive. In the end, I am actually far more interested in the fluff, than the actual power level of the models (even if I dislike too great disparity).

Let us hope that Nurgle. did not take the Arbitrator. There may yet be a return to the underhive.

Also tagged with one or more of these keywords: Van Saar;