The Vhohv are the most elusive enemy I have faced in all my days as an Inquisitor.

They swear no allegiance to any cause but their own, let alone been heard utter a single word. No faction has ever claimed them as allies. Their appearances within the Imperium vary wildly, from decades to mere days between encounters. Their methods of travel are untraceable; they use neither The Warp, Webways, or gravity compressions as the Tyranids do. Their weapons are clearly plasma based, but use an energy frequency which does not allow for plasma.
Their presence leaves absolutely no trace. Even in death, they disintegrate into apparent nothingness. They do not show up on any advanced sensors, and can only be tracked visually or by basic radar.
All the leads I have found within Imperial records have ended nowhere. All the people and locations that have been suspected to be under their influence have turned up nothing. Even now, I hesitate to define their machinations as Chaos, Xeno, or even of AI origin.

And yet, when one looks at their offenses, they are tantamount to mere thieves. All of their encounters have resulted in the theft of relatively worthless items, which have been easily replaced. Tubes, gears, blank powerchips, a bolter magazine or two; these things are not worth the effort the Vhohv have gone to obtain them.
And while they have appeared in extremely secure areas of Imperium and have fought viciously to escape, their use of force is not excessive. They only return fire at those who shoot at them first. They have adeptly avoided shooting Imperial citizens who have been caught in skirmishes with Our Emperor's forces.
They've even gone as far as to deal with unarmed citizens who have actively blocked their path by picking them and just holding them in the air until they are finished with their task, then setting them gently down, completely unharmed. The lengths they go to avoid collateral damage is baffling and only seems to hamper whatever goals they seek.

I sometimes wonder if they are one of the most inefficient or the most efficient enemy the Imperium has ever had.

But, regardless of their peculiarities, they are linked to the Imperium in some way. They pantomime our vaulted Space Marines in form and function, and all their equipment has direct parallels to ours.
Whether this is intentional or not means nothing: this is their main weakness.
I will exploit it.
The Emperor's light reveals all, and by my hand, the Vhohv will answer to me. 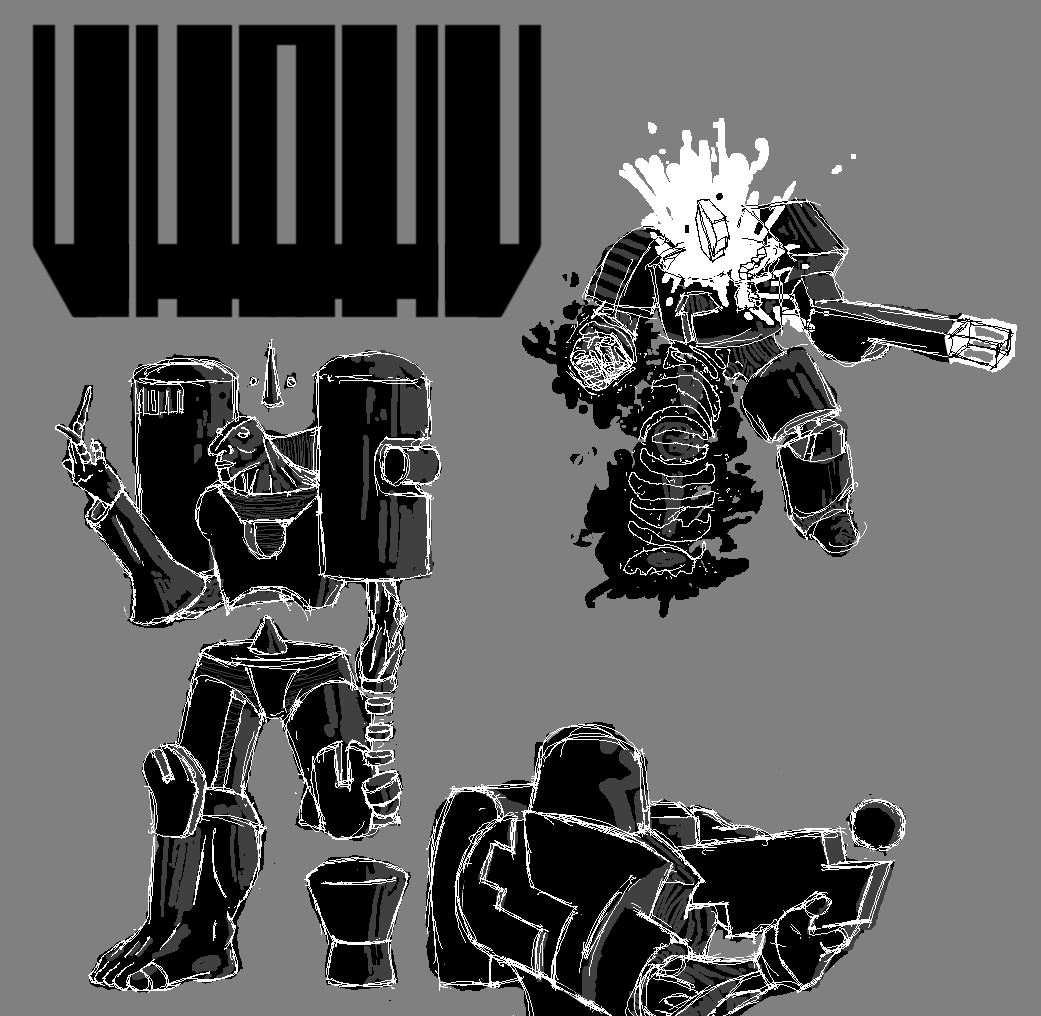 Hello! This thread will be about the development of my mystery faction: The VHOHV.

I will be posting write-ups, sketches, final pieces, and comics pertaining to my faction, as well as welcoming any comments, suggestions, and ideas you may have!

As of now, my biggest question is where to post the final drafts when this faction is completed. Liber Astartes? Chaotica? Xenos? Somewhere else? Let me know!

Oooooooh, I like the art and the lore. Can't wait to see what you do modelwise.

Now this, this is very nice.

Open for Miniature and Fluff commissions; inquire via PM