Orientation of the designs will have an impact on the design possibilities.

To give you an idea of the results, here are some images. Note that these aren't final (especially the 6/skull images) and the styles might change a bit as we continue with the polls.

With 16mm dice, the actual area that can be engraved is 12.5mm (the blue/grey area).

Below are some examples of dice from Q Workshop to help you decide. Keep in mind that our dice will have skull pips on the 1-5 faces and some variation of the Legio skull on the 6 face (no number/pips on that face). 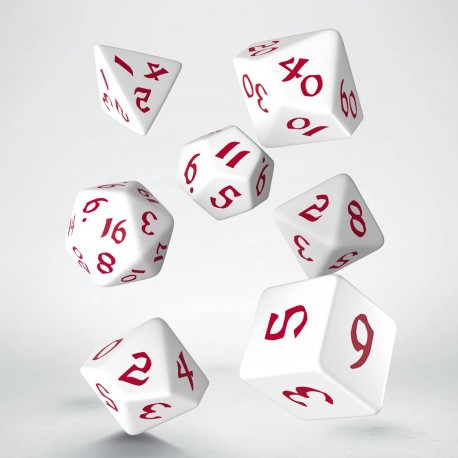 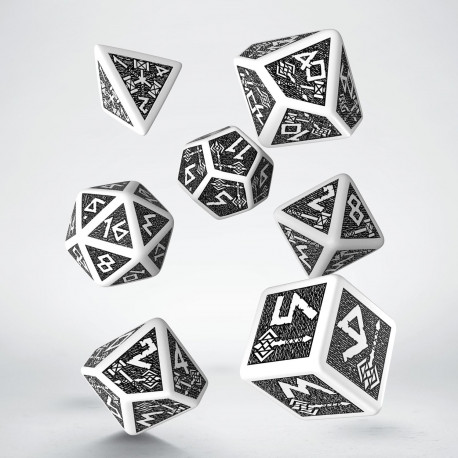 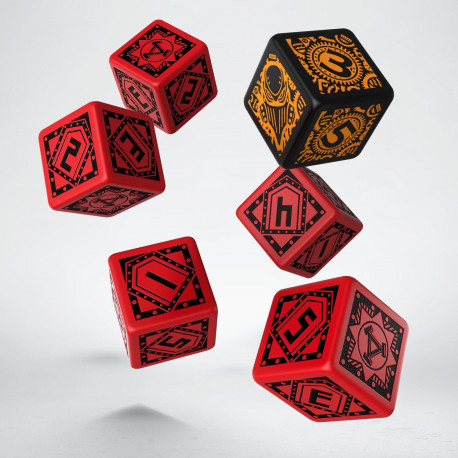 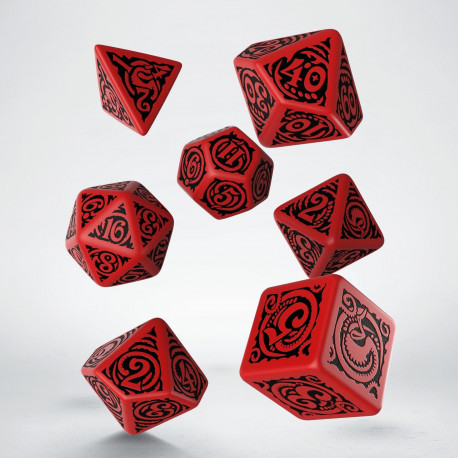 In all likelihood, if we get extra decoration (i.e., borders or swirls or what-not), the 1-5 faces will require a basic embellishment such as a border so that the pips don't get lost in the design. Alternately, we might only have the 6 face featuring additional decorations since the skull won't get lost (and that will help set the 6 face apart from the others). That's just something to keep in mind when you vote.

I think the standard orientation is, er, well the more standard but it's not a deal breaker for me

I've been wanting to get some new dice so this is good timing!

This poll will remain active until Monday morning.

I'm voting standard, and would further add I'd rather have the pips spaced out rather than grouped together - I think it would be easier to read at a glance

I agree that the more spaced out the pips, the easier they will be to read.

I'll add a vote for more spaced out pips.

Pip spacing and what-not will be part of a later poll.

Back to + AMICUS AEDES +