I, Reclusiarch Jolemai , embark on the 12 Months of Hobby Challenge, and for the month of May pledge to complete 1x Space Marine bike, 1x Tactical Marine, 1x Terminator, 1x Contemptor arm, 1x Predator autocannon to the defence of the Imperial Faction by month's end.

Following Grotsmasha's blessing, I will hereby be enhancing my May with the entry from the LPC (1 x Scout Sergeant/10th Company Lieutenant):

I, toaae, for the glory of the Xenos faction, pledge the following models for the month of May:

So, still not finishing this whole vow. Shortly after making this vow, I found out that my wife and I's application to rent a house was accepted, and now I'm moving in less than a week. Everything has to get packed up, and that includes my hobby stuff. But I did finish part of it:

6 Battle Sisters complete. Technically, the one on the far left will be for my Retributors unit I finished in March.

Ok, here is my May pledge, and I'm doubling it up with the Lock-down Challenge, 1 Lucius Pattern Imperial Knight,

The player has been finished this morning.

I, Dwango , embark on the 12 Months of Hobby Challenge, and for the month of May pledge to complete an additional harlequin player (Masque of the soaring spite) to the defence of the Xenos Faction by month's end.

Edit: in my excitement I forgot to vow again.

Some lovely completions in here - well done everyone.

I'm getting super-close to finishing my Repentia, with one more needing some highlights and freehanding. That then leaves the question of weathering and blood spatter - I think the drybrushing base colours up their legs is enough to make them look dusty/muddy, but I'm unsure about whether or not to give them blood spatter along their chainswords (plus a bit on arms, torsos etc).

Going slow on this cause it's been a week...

First the thunderwolf, need to work on his face.

and the gargoyle, which I'll do the other nine at a later date.

Took me long enough, but I finally seem to have managed to catch my hobby butterfly again

So here is my completed Incursor:

And following up with my LPC vow - the dead Terminator marker:

I, Majkhel, vow to complete 1 dead Terminator marker for the Glory of the Blood Angels Forum on or by the 15th of August 2020, or bare the Badge of Shame until year's end: 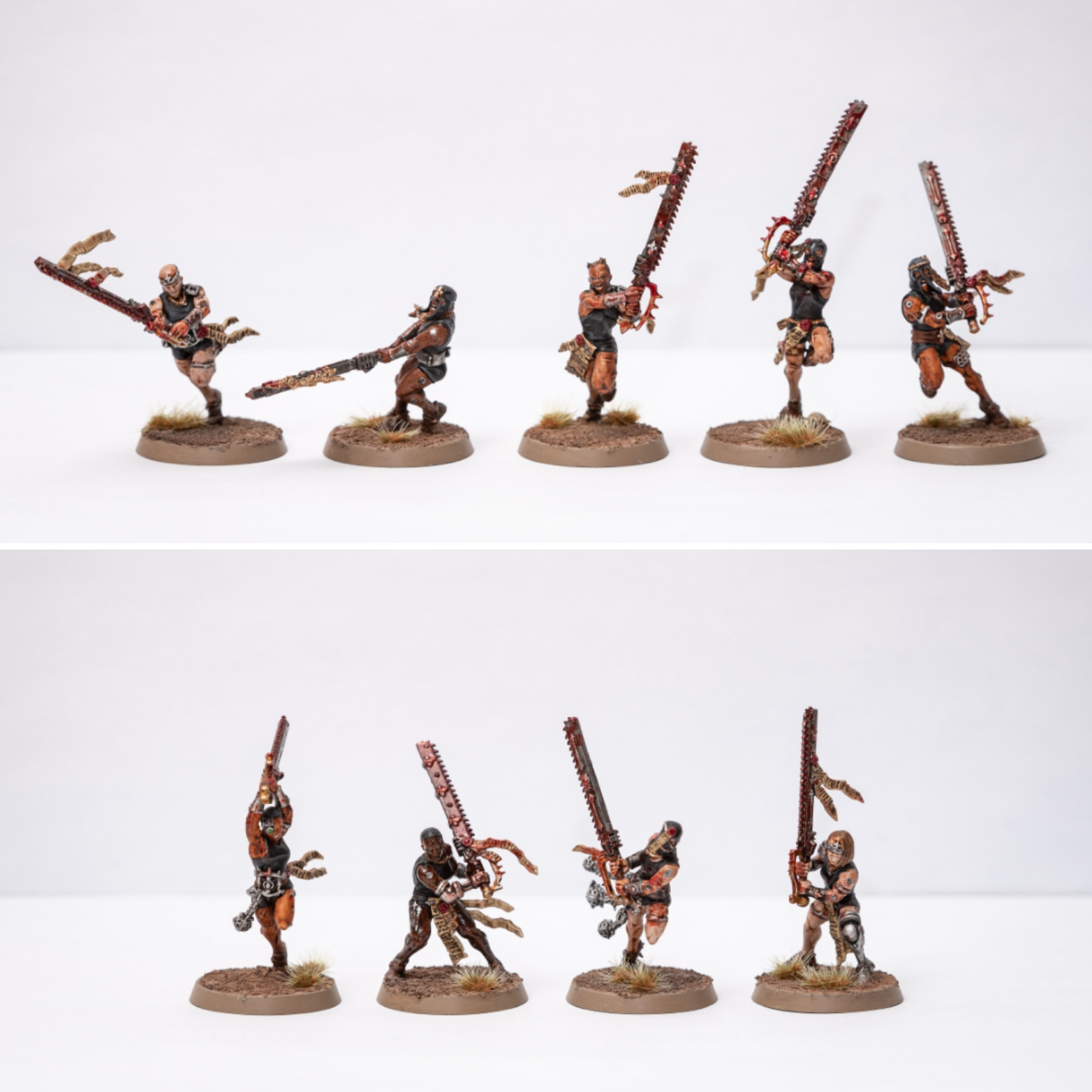 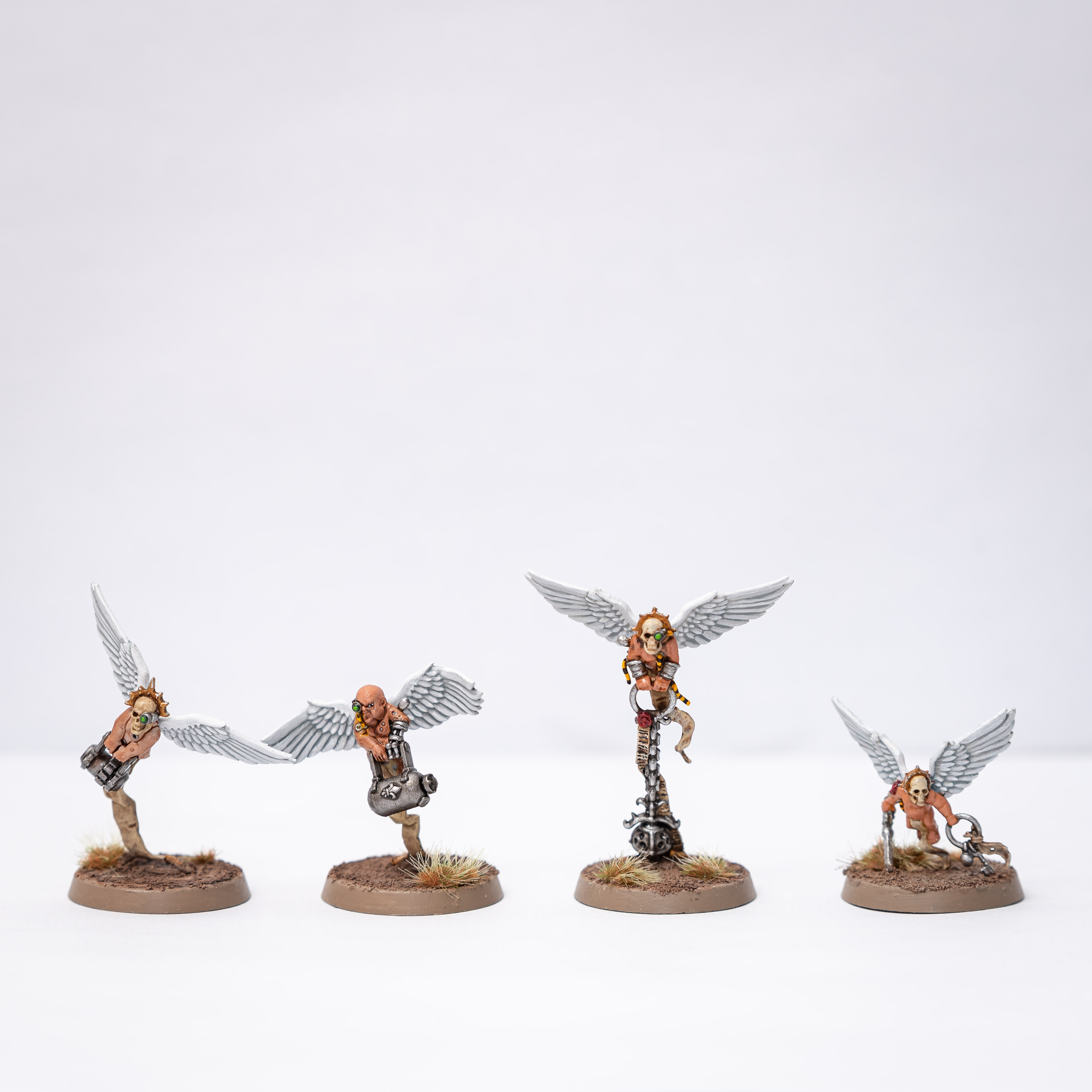 Eliminators, Suppressors and Mephiston are finished: 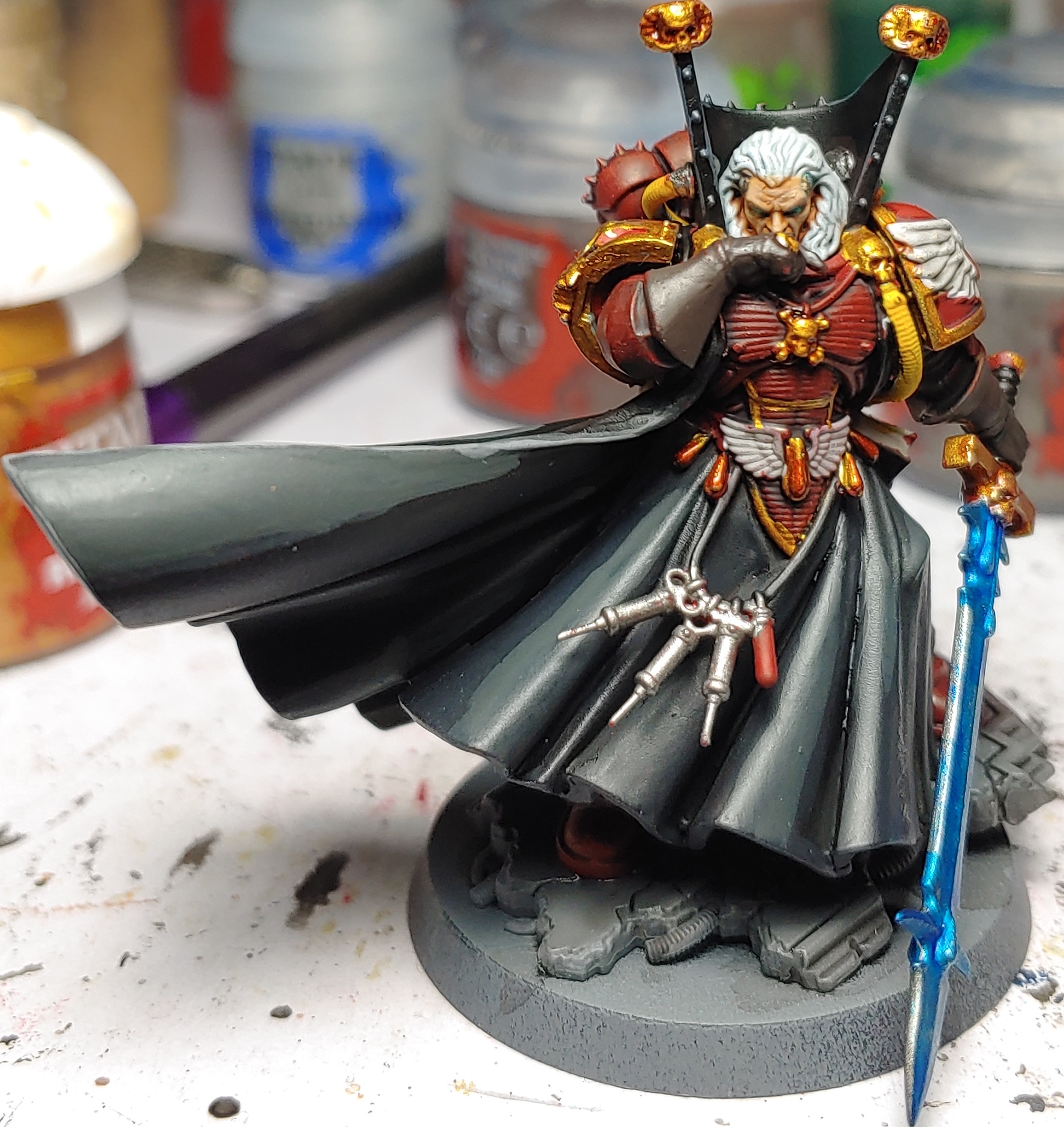 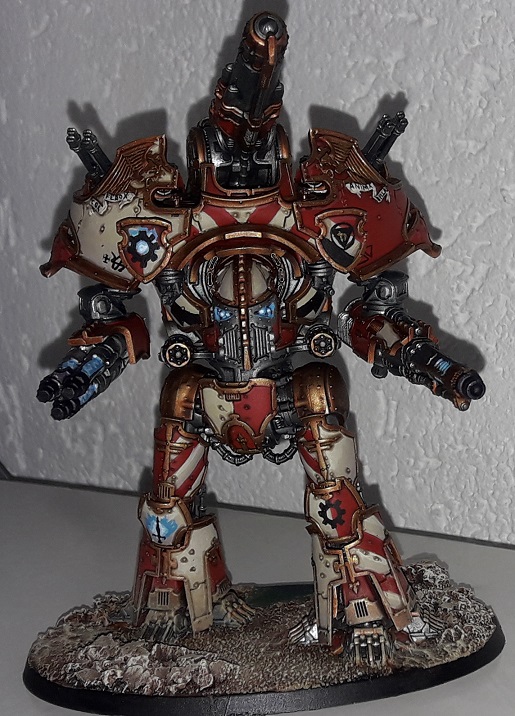 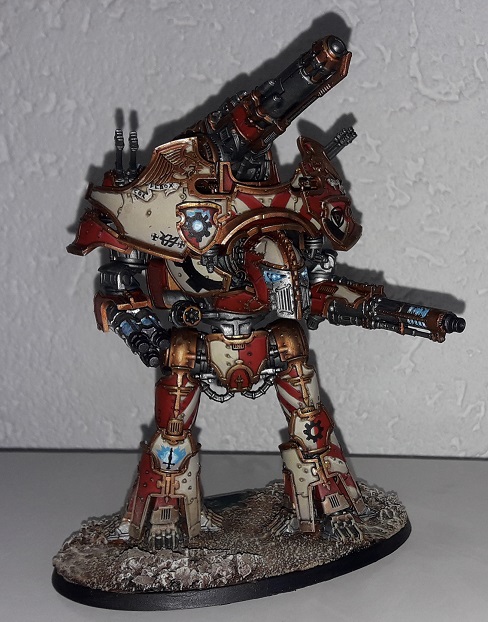 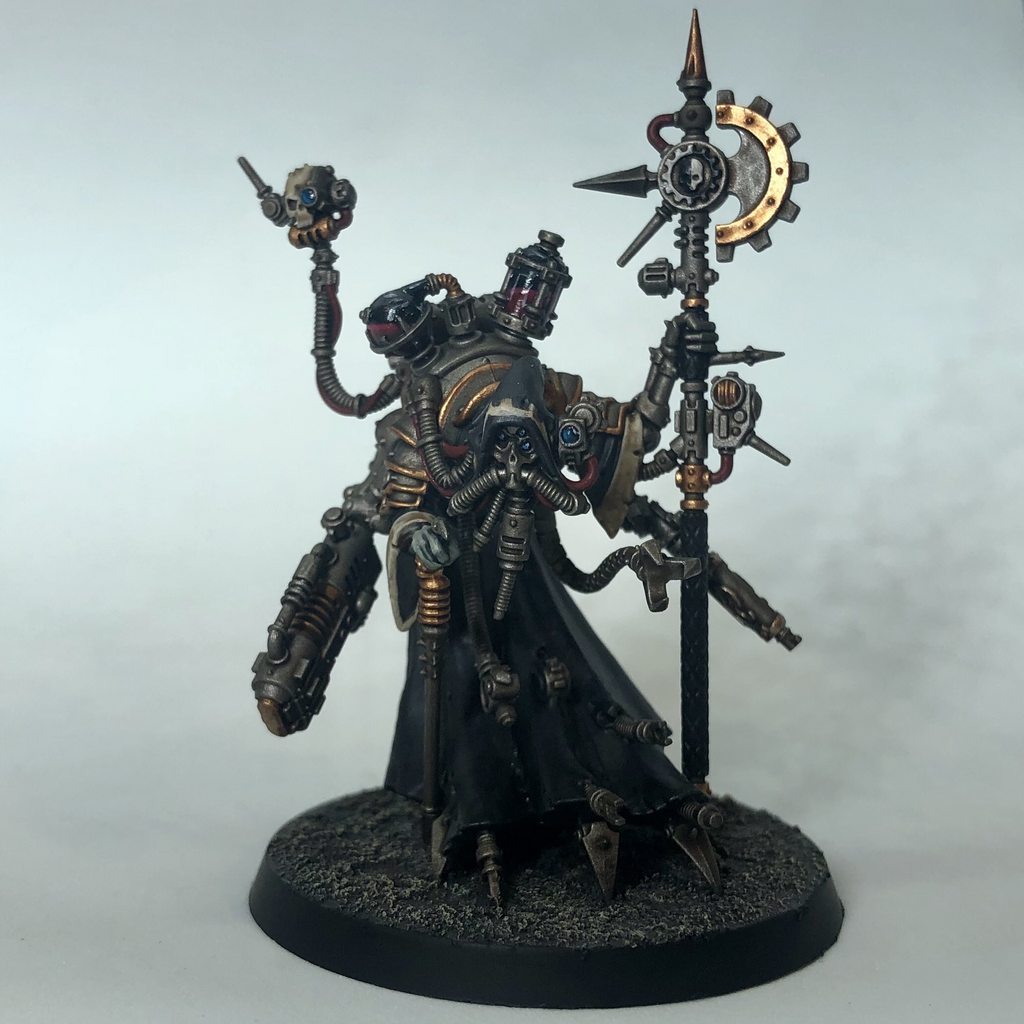 I, Givemead, accept the 12 Months of Hobby Challenge and vow to complete by months end 2 Dark Disciples, for the glory of the Word Bearers Legion and the Chaos Faction. 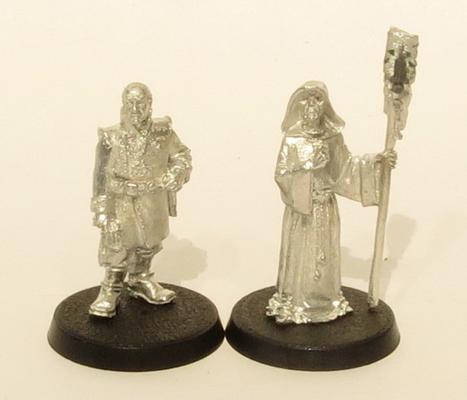 I know these look like two of the Regimental Advisors for the Astra Militarum, but there is method to this madness.  See my log for the reasons.

One of my 4 vows is complete - Brother Ancient is done! In spoiler. Will have pictures of the 2 paladins soon. Do any of you know whether the citadel drills accomidate 3mm drillbits? Because that determines whether I can finish my BC/apothecary on time.

One of my 4 vows is complete - Brother Ancient is done! In spoiler. Will have pictures of the 2 paladins soon. Do any of you know whether the citadel drills accomidate 3mm drillbits? Because that determines whether I can finish my BC/apothecary on time.

I don't believe it does but can check when I get chance.

And with this squad done I've completed my may vow. I need a break from heavy weapon squads now, having painted 14 weapons already. Only have 6 mortars left but will start filling my fast attack options a bit. 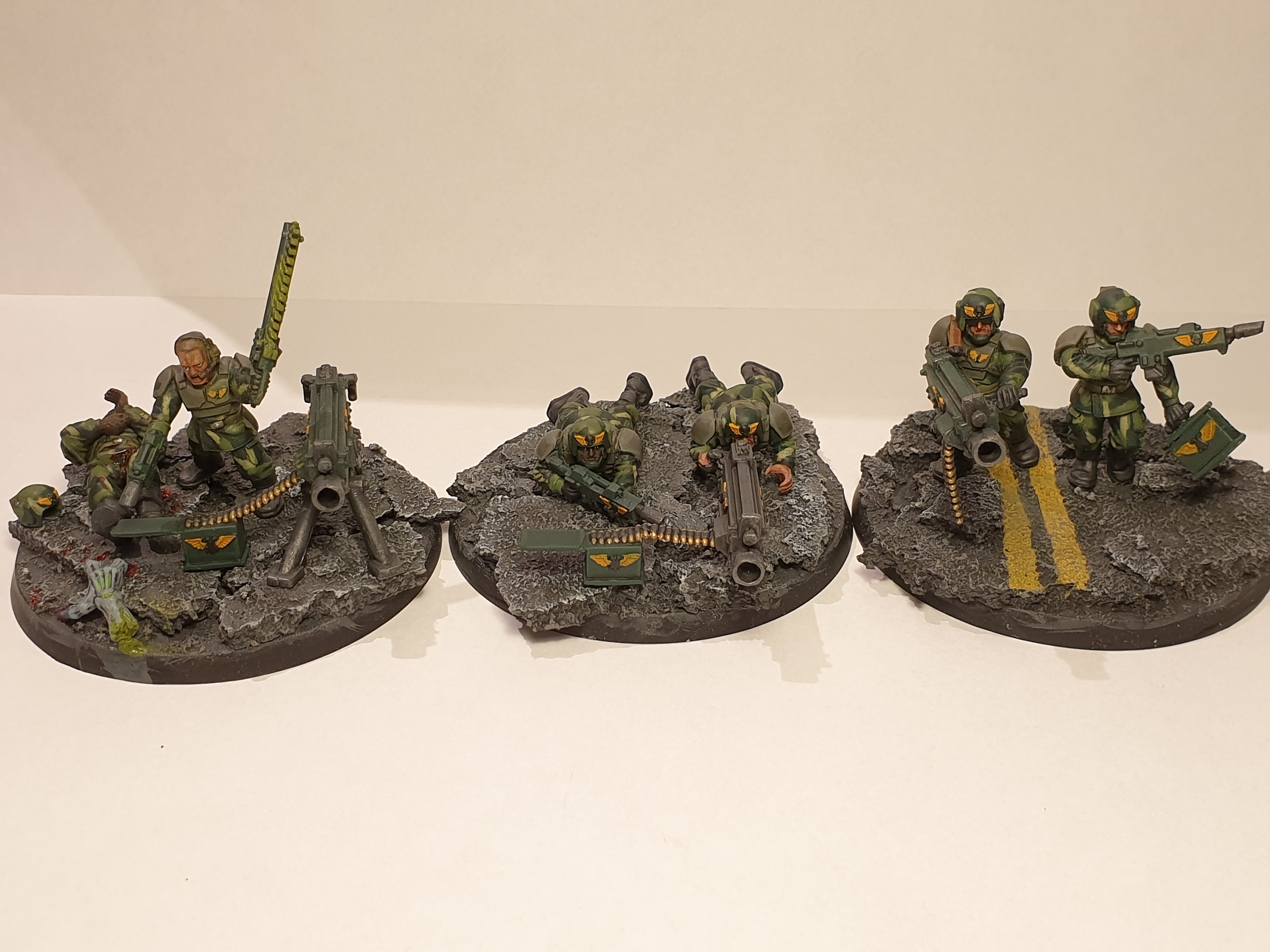 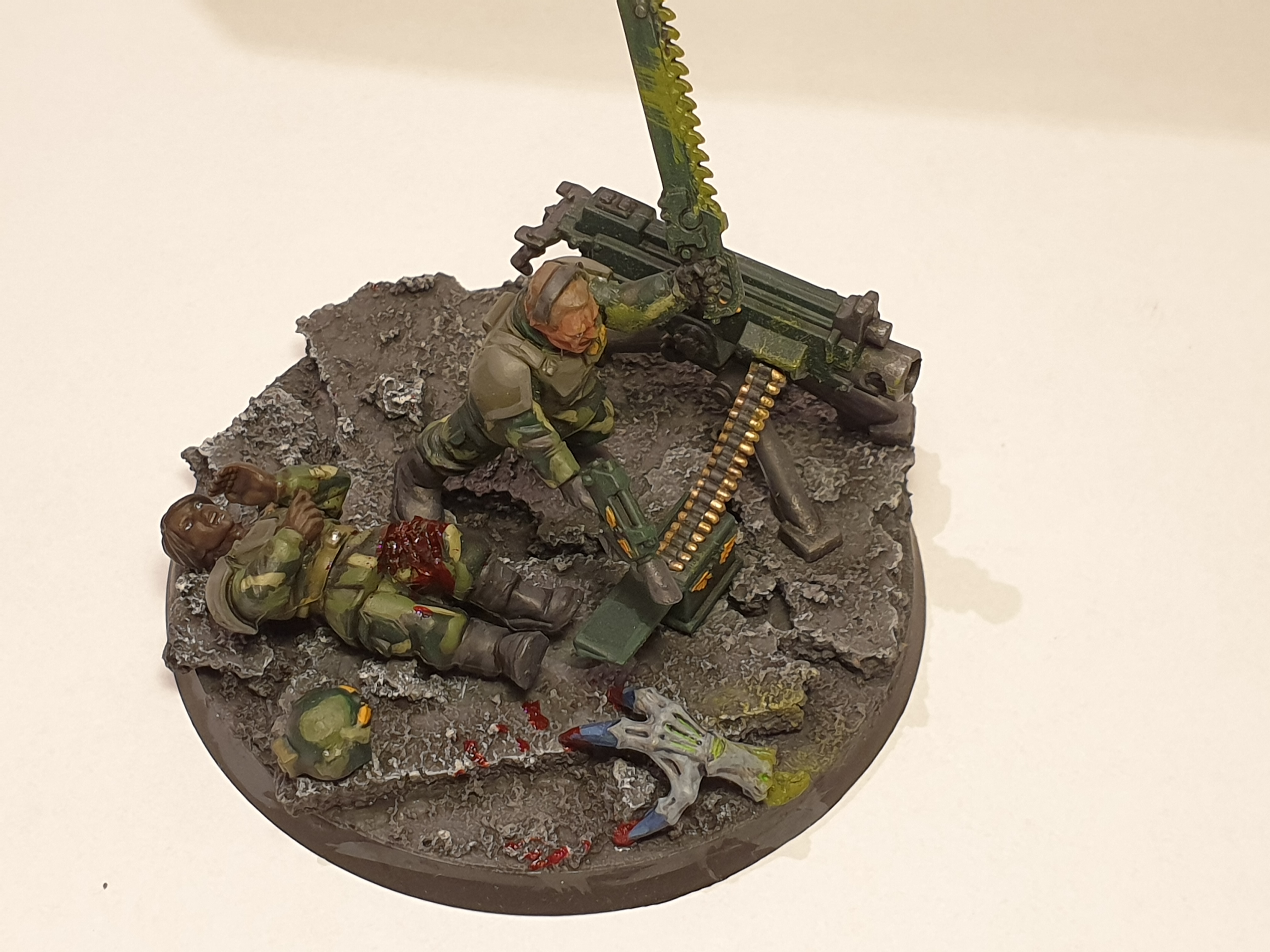 Brothers, I have returned. The Iron Warriors will break this petty resistance before us. Iron Within, Iron Without!

I, Llagos_Tyrant , continue in the 12 Months of Hobby Challenge, and for the month of May pledge to complete those models left unfinished from April - 5 Chaos Terminators, 8 Chaos Space Marines, and 2 Ultramarines Lieutenants by month's end. 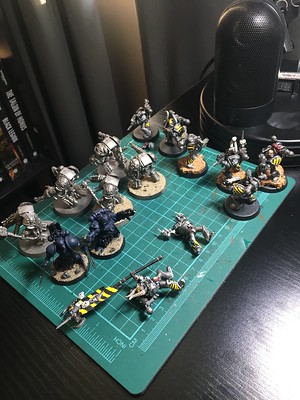 I am also planning on pledging the 2 Ultramarines Lieutenants to the Lockdown Painting Challenge, for any additional CP. 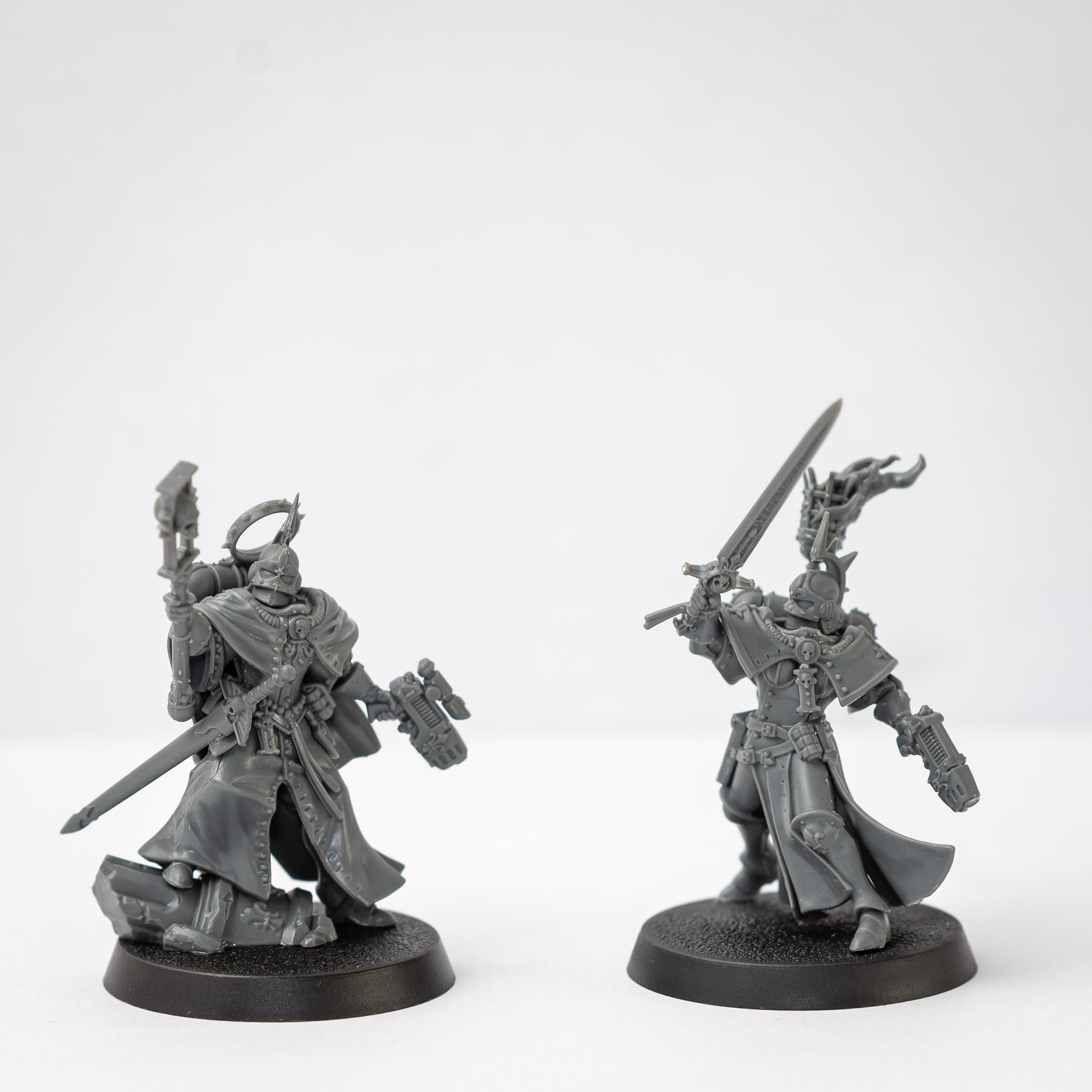 Still forced to run reduced working hours here. On the plus side: more time to paint!

I, TPS, vow to paint 5 Tyrant Siege Terminators and 5 Legion Terminators, for the defense of the Xenos, by the end of May.

(Legionnaires siding with the Aliens? It appears the Cabal has a back-up plan!)

Forgot to ask earlier, but where did you get that model?

Well after starting him 12 years ago and adding to the mountain of shame, I declare my May vow to be complete with Chapter Master Oros Sirion completed!

+++WELCOME INQUISITOR LEIGA, WE ARE GRATEFUL FOR YOUR UPDATES DURING THE RECLAIMING OF VOLTRONUS. YOUR INTELLIGENCE ON THE REINFORCEMENTS ARRIVING AT THE REQUEST OF THE VANQUISHERS HAS BEEN VITAL AND WE CAN CONFIRM THAT THE SONS OF DOOM ANSWERED THE CALL TO FIGHT ON VOLTRONUS. WE HAVE ATTACHED A FILE DETAILING A SHORT HISTORY OF THEIR CHAPTER MASTER, WHO IS LEADING THEIR FORCE.+++

Recruited in the very early days of the Sons of Doom's creation from Auton's Ordov Clan, Oros Sirion has faced the myriad of enemies that have threatened to wipe out the chapter throughout their ill-fated early centuries at the end of M41 and into Noctis Aeterna. His outlook is one that has been moulded and forged by First Master Dolomitis and his command retinue over the centuries until Sirion ascended to become the second Chapter Master in the Sons of Doom's history. Sirion's voice is one that carries far over the battlefields as he calls for his brothers to purge the enemy with their firepower, never to give up upon the Imperium and its citizens they are charged to protect.

Sirion was marked for leadership early on, becoming a Sergeant within the Fifth Company and earning his Crux Terminatus and numerous other honours after surviving the catastrophic losses during the Gaia Harrowing, joining the First and was seconded to the Deathwatch, before being recalled near the end of M41. Leading the Fifth Company after Captain Amorphus' death on Nestir V in 999.M41, Sirion displayed the typical fierceness and indomitable hope of the Sons of Doom as the Imperium was torn in two and the Chapter faced the forces of Chaos that spilled out from the Cicatrix Maledictum. With the interment of First Master Dolomitis at Erdavus, Sirion was chosen amongst the Council of Leadership to uptake the mantle of becoming the second Master of the young Chapter.

Typically clad in the few Terminator Suits the Sons of Doom possesses, Chapter Master Sirion often wields the masterly crafted "Pyre Claws", given in the early years of the Chapter's founding as a gift of gratitude from Forgeworld Adelan-Tertius, when the Chapter repelled a Chaos invasion force and crossing blades with the Hatred's Tools for the first time. It was said by First Master Dolomitis that the Pyre Claws displayed the incandescent fury and power of their volcanic homeworld of Auton as they shear through all armour and flesh that stands before it. With these blessed weapons, Sirion has ended the lives of many Tyranid beasts and Chaos engines, leading his Chapter by his example of fury and steadfastness.

And there we have it, completed before the month is out for once! Now to choose on what to finish and complete next from my mountain of shame...

Forgot to ask earlier, but where did you get that model?

I painted a lot of stripes over the course of the week-end. Vow complete!

And here the whole group. 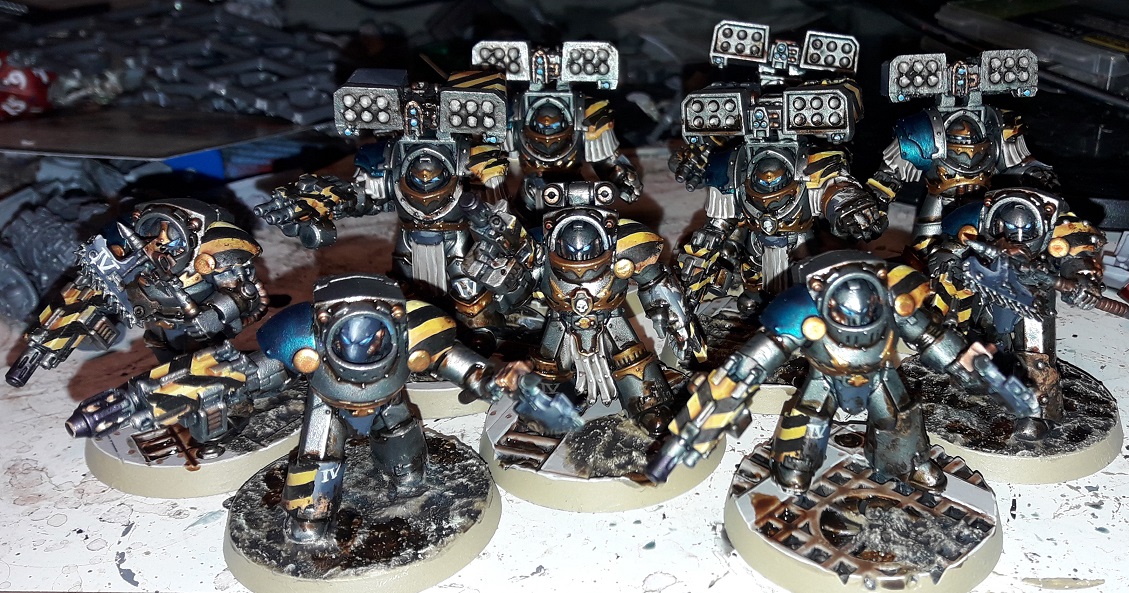 I, MAJKHEL of the Blood Angels, embark on the 12 Months of Hobby Challenge, and for the month of MAY vow to complete another 2 Incursors and 1 Haywire mine to the defence of the IMPERIUM by month's end.

These will round-up a 10-man squad in my Company (or 2x5-man squads) with mines.