So for the rest of the month my focus will be on the Epic Titan and the plodding along vow, of which the Inquisitor is almost done.

The model is beautifully painted! The model itself seems a confused mix of Ecclesiarchal design elements (the angelic wings) with those of the Mechanicus (the mask, the extra limbs). What background does the Inquisitor have? A descendant of menial workers from a forge world, explaining why she doesn't view AdMech augmentations as inhuman or aesthetically unappealing, despite her fervent faith in the God-Emperor?

Thank you Bjorn Firwalker, this isn’t the inquisitor mentioned in the paragraph, this is Asura, Disciple of the Omnissiah’s Heart a character I created for my Sister of Battle order Fides Ex Machina.

In normal games this model will be my Celestine Living Saint count as, but for the Iron Gauntlet challenge I have actually made custom rules and background (which I am still working on, draft here).

In short my Order is station on a Forgeworld and over time some Mechancium culture and fait have influence the Order (as seen by some of the AdMech items and conversions in the Sister army). I reasoned that if there was cultural seepage from the Martian Fait to the Imperial Faith then it should also be the other way round, and Asura is the leader of the cult of the Omnissiah’s Heart. As the cults believe are closer to the imperial fait then the mainstream AdMech faith the Forgeworld Magi consider her to be a bit of a Heritic, leading Asura to work away from the Forge world as much as possible and in conjunction with the Order where possible (because other imperial institution might see them as heretics from the other direction). While not sharing the same believes per say the Omnissiah’s Heart cult is not to far from the belives of the Order (comapred to mainstream Martian or Imperial Faiths) and they can get along.

I also converted some Crusaders to represent some other followers of the Host of the Omnissiah’s Heart, I am hoping to get round to painting them next month.

Late to the party.

I, Etheneus, vow to complete 2 heavy weapon squads of mortars for the Astra Militarum and the Emperor! 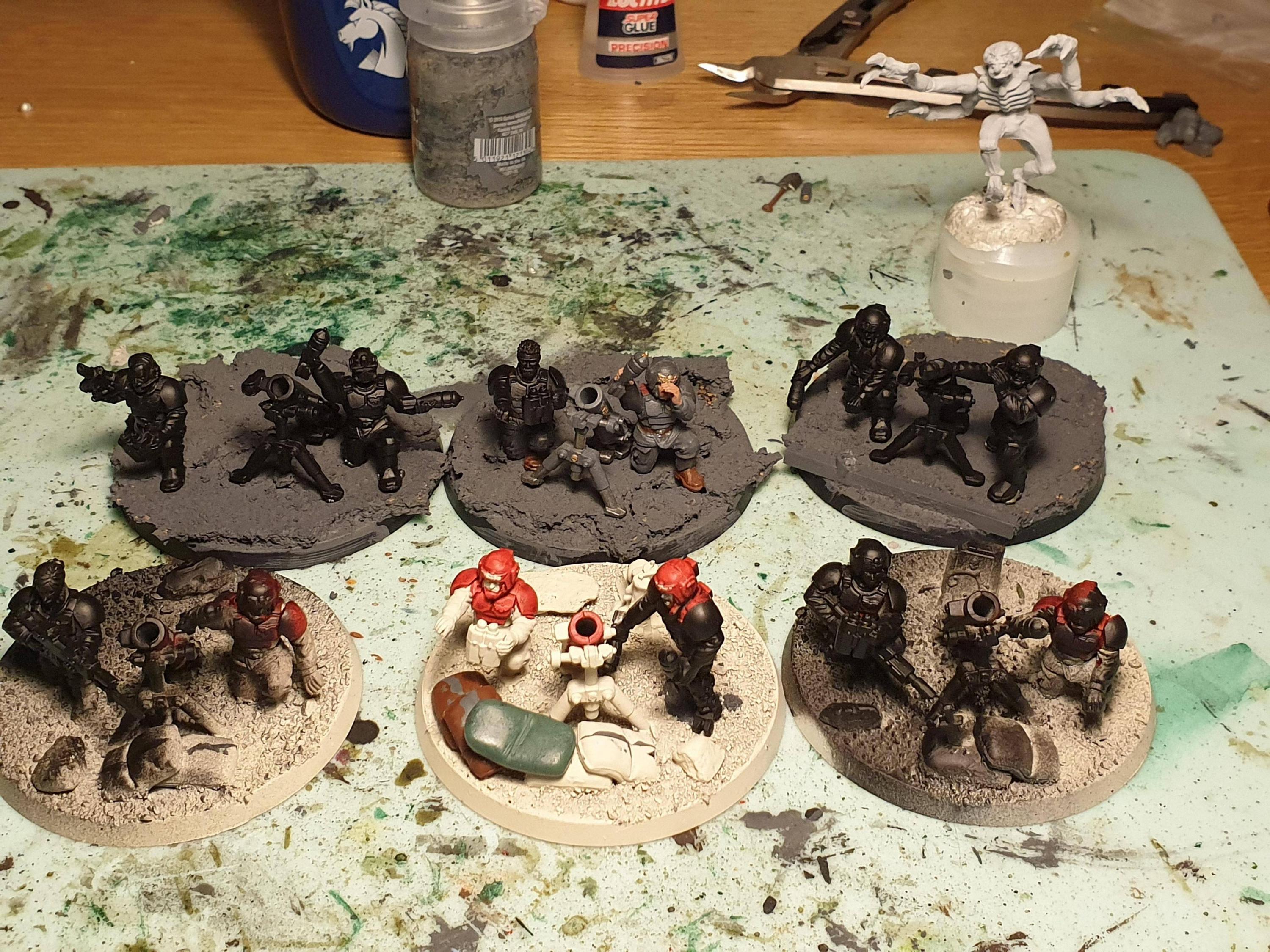 Four of them are prepainted but that is usual, have another Leman Russ, 20 inf, 5 scions and 6 crusaders that are also prepainted.

They have been tweaked a bit. Changed the exact same pose all four had, even put bionic legs on the one in the front middle.
Oh and that tyranid behind them. It will feature, but not in a good way for the crew.

I thought this was a good month to try something new - "hobby butterfly" syndrome strikes again!

I, Acemund Debonair, the Hawk of Talhon, hereby embark once more on the 12 Months of Hobby Challenge! For the month of October, I pledge to complete One (1) Necron Warrior of the [ERROR: Dynasty Not Found] to the defence of the Chaos Faction by month's end.

...That probably won't be the final name for my new Necron faction.

All I have to do now is a ton of research on Necron, settle on a cool backstory, and above all pick some darn colours that I don't change my mind about every six minutes.

Contrast Paints are fantastic - Painted over silver, you basically get a metallic version of that colour.

Which is exactly what I decided to do in the end:

Complete with my first-ever attempt at giving something a glow-y effect - OSL, I think it's called, in hobby parlance.

The eyes and the barrel of the gun have had a little drybrush of Lucius Lilac around the glowing bits (admittedly it looks like I've overdone it on the gun and under-done it on the eyes, but given this was basically a test model AND a first-ever attempt, I'm pretty happy with it)

Spoiler
I didn't spot the scarab until I'd almost finished, but at least I hadn't put the paints away before noticing it!

Fine work on the Necron and the Plague Marines, Ace Debonair.

Fine work on the Necron and the Plague Marines, Ace Debonair.

Now, I've got a day off coming up - and we all know what that means, right?

I, Acemund Debonair, the Hawk of Talhon, hereby embark once more on the 12 Months of Hobby Challenge! For the month of October, I pledge to complete Two (2) Necron Warriors of the [ERROR: Dynasty Not Found] to the defence of the Chaos Faction by month's end.

Between the Necron and my Plague Marines, I think I can dub this The Year of the Inexorable Advance with regard to my painting.

Pledged for the wrong month. Oops!

The rock saw horde is done.

(only seven of these were vowed - the eighth is one of my original kill team)
I'm not making another vow for October, but will be vowing another batch of acolytes for November. Here's how they look at the moment, before I get a bit of a head start on next month.

12" flamers are so much fun (he says, confident in the knowledge that RogueChaplain hasn't got any flamers in her AdMech forces right now).

Jolemai, good progress on the Death Company I see, keep it up.

Ace Debonair, nice Necron, which contrast did you use?

I painted an arachnid of substantial size. Vow complete! 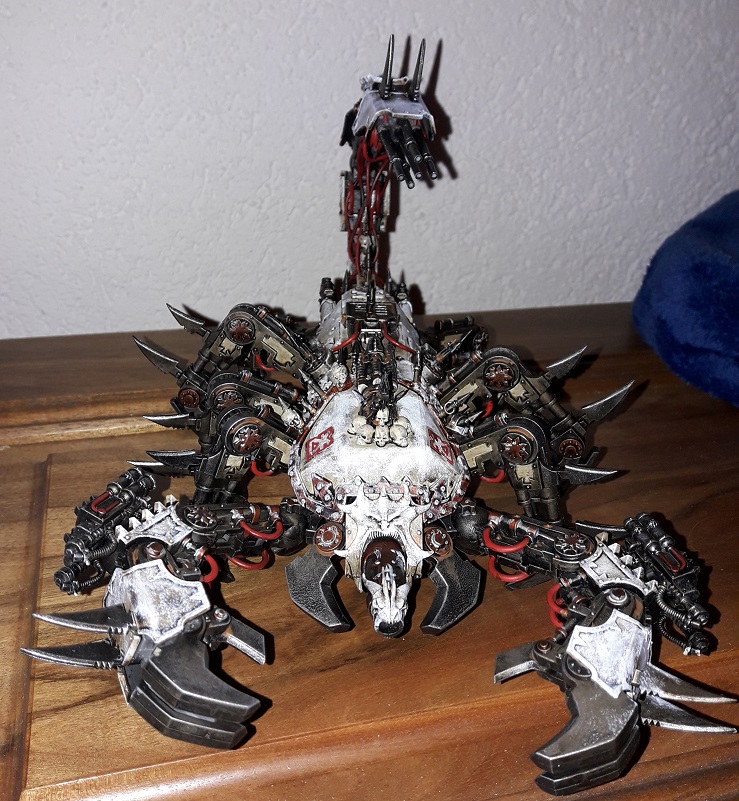 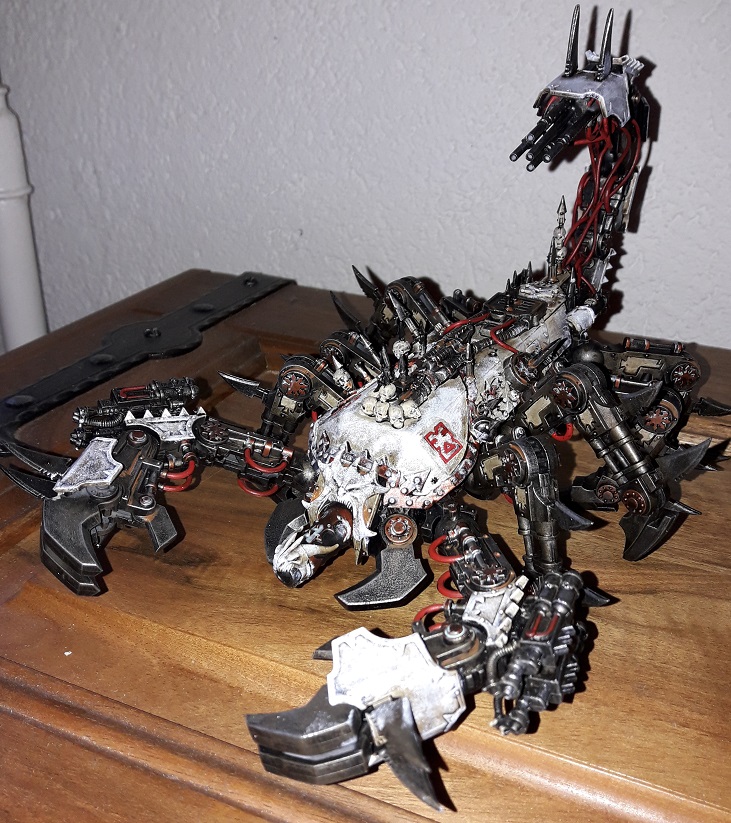 I want to like that brass scorpion so many more times!

That is pretty epic!

Ace Debonair, nice Necron, which contrast did you use?

Most of the model is Contrast, actually.

I've since added green to the loose wires, which was Warp Lightning over Stormhost Silver.

The biggest plus side of Contrast-Heavy recipies is just how fast I can get these guys painted.

Speaking of which, Vow Complete!

I actually finished these a while ago - I just completely forgot to post the picture. It's been a busy week, in my defence!

Alright, vow done! Lots of pics in this one. Will probably get 1 more vow in for this month.

First test marines that weren't part of the vow, but wanted to show off the original chapter badges:

Going to attempt to get some models done for xenos events.

On our before years (and hopefully events) end, for the glory of the Xenos subfaction.

I, gaurdian31, hereby embark once more on the 12 Months of Hobby Challenge! For the month of "Ork"tober, I pledge to complete 1 gretchin to the glory of the Chaos Faction by month's end.

I think the Soul Grinder torso is going well so I'm going to pledge something else...

I, Givemead, accept the 12 Months of Hobby Challenege and vow to paint a Feculent Gnarlmaw by months end for the (greater unclean) glory of Nurgle and the Chaos faction. 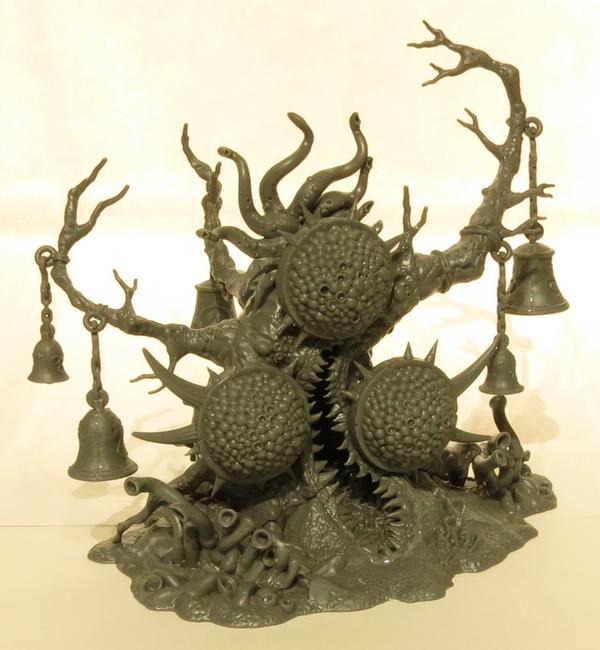 Grotsmasha, I'm hoping you'll agree this and the Soul Grinder torso are enough for a 'Seriously'?

Grotsmasha, I'm hoping you'll agree this and the Soul Grinder torso are enough for a 'Seriously'?

Typically I've been awarding Seriously for 5 Infantry, or a single vehicle, so yep, you'll definitely qualify

One atrocious photo to prove I finally finished them and then a revow for the month:

10 Necron warriors for the glory of the Imperium.

Let's do a late vow. I, TPS, vow to paint a Space Party Bus Dreadclaw Drop Pod, by month's end, for the Xenos faction. 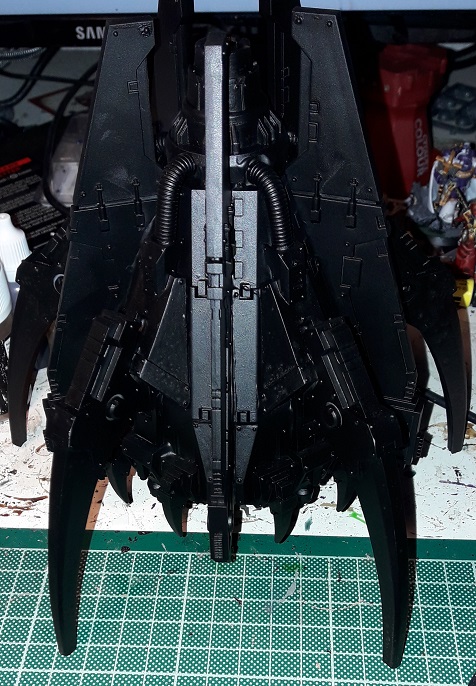 I, Arakos The Corruptor, hereby vow to..!

Realised I never posted this month.

I Mactire vow to complete 2 Rhino Transports by the 31st of October for the glory of the Imperium Forces.

Almost done at this stage, hope to finish over the weekend.

Haven't been able to keep up the last couple of months but I think I can get these night raptors done this week for the Imperium. 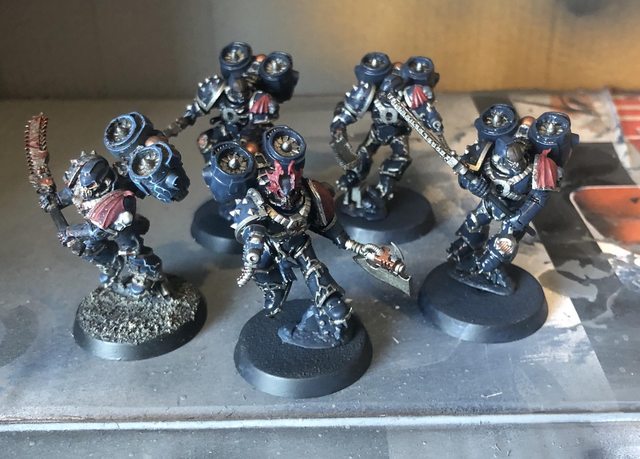