Here is my pledge for November. Unfortunately I started painting it before I remembered to take a picture. This month I'm painting a Tech Priest Engineseer to add to my AdMech army.

I, Roguechaplain, vow to complete a Tech Priest Engineseer by the end of November, for the glory of the Xenos faction.

In a response to the campaign I have decided to move up a certain someone in my painting queue...

I, Givemead, accept the 12 Months of Hobby Challenge and vow to paint by months end Cypher, for the greater glory of the Chaos Faction. 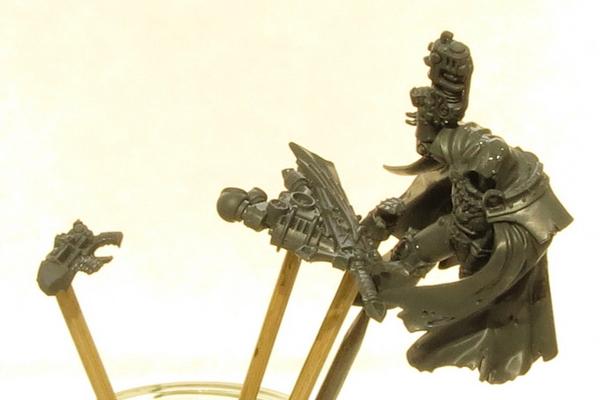 Admin, can I use more than one "like" on this please?

Many thanks.
I'm glad everyone likes those bases, 'cause I've done more of them for my gaunts in the last few days.

As for the bugs themselves, well - I'm a simple man, brothers. I see some big bugs in my sprue pile, I get my green and paint 'em. On that note:

I, Acemund Debonair, the Hawk of Talhon, hereby embark once more on the 12 Months of Hobby Challenge! For the month of November, I pledge to complete One (1) Tyrant Guard of Hive Fleet Goliandr to the defence of the Chaos Faction by month's end.

I took this picture first thing this morning, and I've already blocked out most of the green - but I've also managed to lose one of his arms somewhere on my dark green carpet, so you'll have to excuse the slightly less-than-up-to-date picture.

Halfway through my terror squad; gathering the will to finish the rest 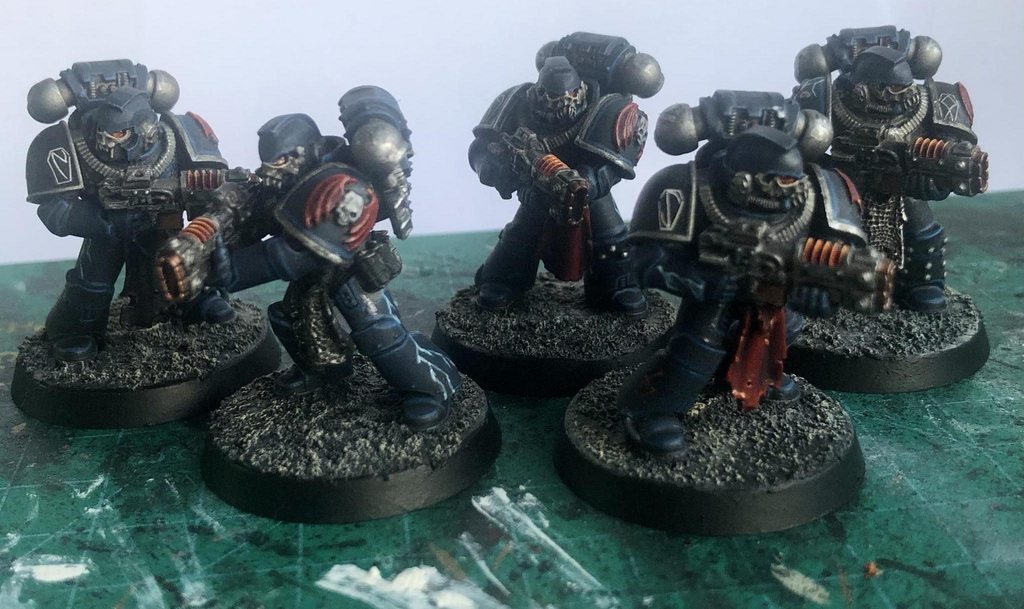 For this month, I pledge the following.

Should be able to do this, as I found a new lease on life by joining the Deathwatch. All of my future Deathwatch units will be seconded to the Dark Angels, in memory of my first chapter.

Pictures of the Captain in Gravis armor (sorry for the bad quality, zzz):

Warlord from my Vow is done: 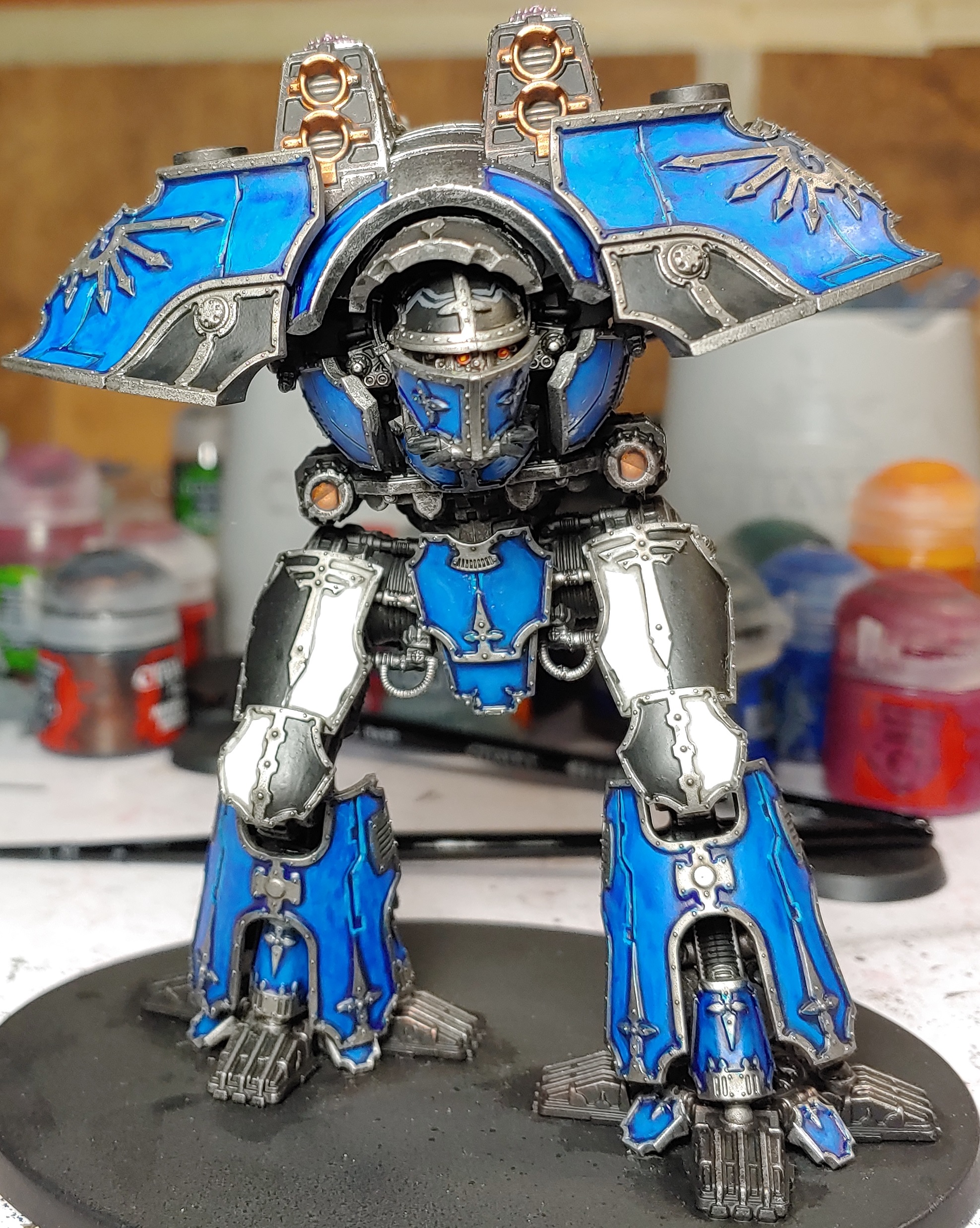 Also, Grot, just a heads-up: I'm just doing the bodies for the Titans, not the weapons too

Halfway through my terror squad; gathering the will to finish the rest

Hive Fleet Goliandr's existence raises more questions than it provides answers for. Indeed, the fleet seems to lack the base cunning and strategic thought that other Hive Fleets have demonstrated, moving from planet to planet seemingly at random, leaving fertile worlds half-eaten, or only to fly to an empty, barren moon several systems away.

The reasons for such behaviour are unknown, but the source of much speculation amongst those who study such things. Current theories range from the Tyranid Hive Mind not being as unified as first thought, to Goliandr being cut loose entirely from the larger Hive Mind, to the more sinister thoughts that the Hive Fleet is either looking for something specific, or running from something else. This strange behaviour has earned Hive Fleet Goliandr the nickname "The Mad Fleet".

Indeed, it is not unheard of for the Mad Fleet to send task forces in search of Space Marines to kill, comprised of their largest and most dangerous creatures.

I've found a way of distinguishing the important bugs - namely by giving them a once-over with blood angels red before I get into the grey washes.
Biologically speaking, I don't know why they'd make the lead bugs visually distinctive, but then again this is the Mad Fleet, so logic doesn't necessarily always ring true for it in the first place.

I've found a way of distinguishing the important bugs - namely by giving them a once-over with blood angels red before I get into the grey washes.
Biologically speaking, I don't know why they'd make the lead bugs visually distinctive, but then again this is the Mad Fleet, so logic doesn't necessarily always ring true for it in the first place.

I actually prefer the red scheme to the original one. Makes the teeth + claws really stand out and looks more intimidating!

NOVEMBER VOW: three Outriders and a Chaplain for my Black Templars. 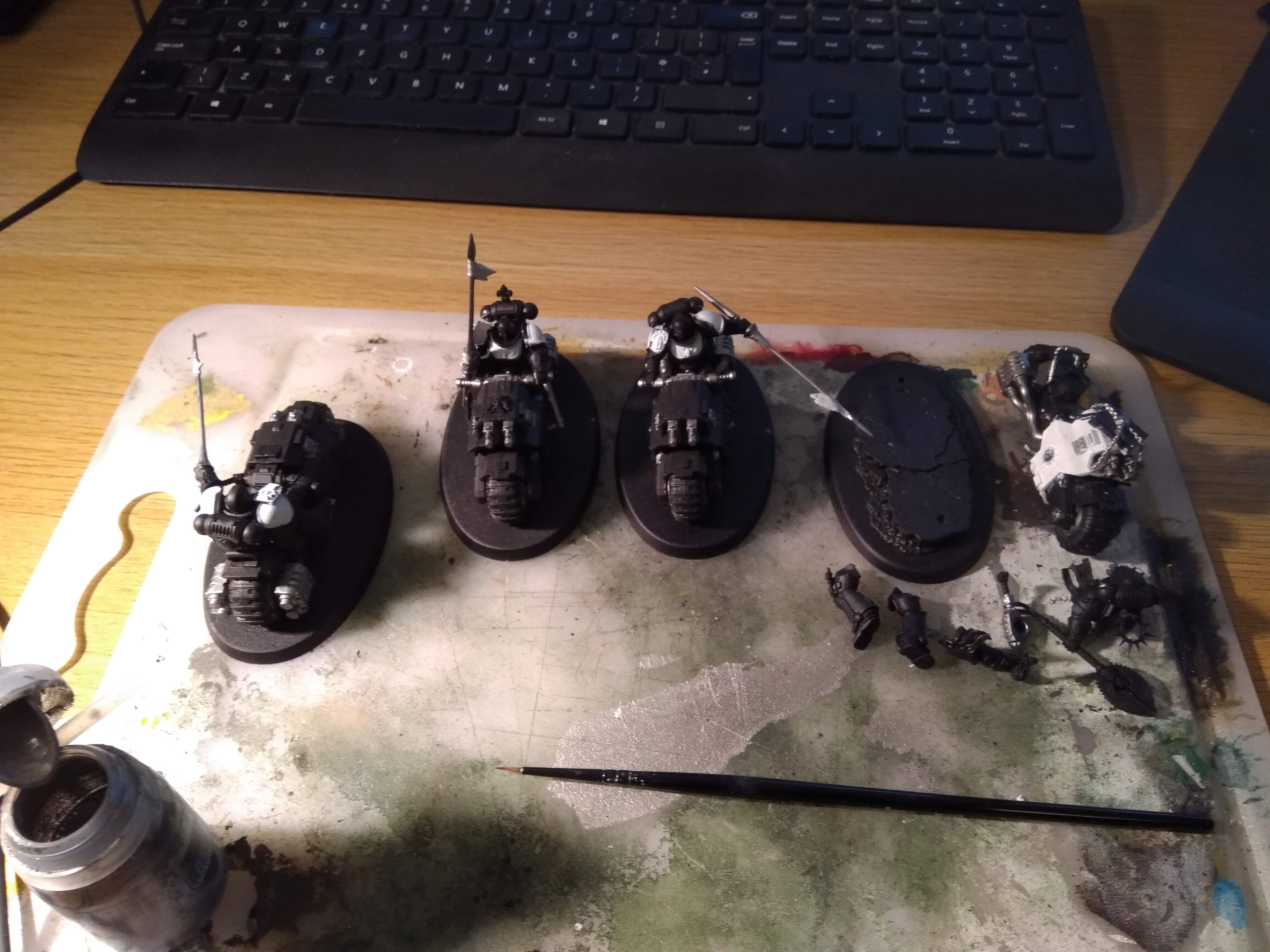 I'm sure I can dig out a cherub or something to bump it up to five models for a "Seriously..."

I, Etheneus, hereby embark once more on the 12 Months of Hobby Challenge! For the month of November, I pledge to complete the mortar squad that wasn't finished for October and a plasma pistol commisar to the defence of the Imperium by month's end. 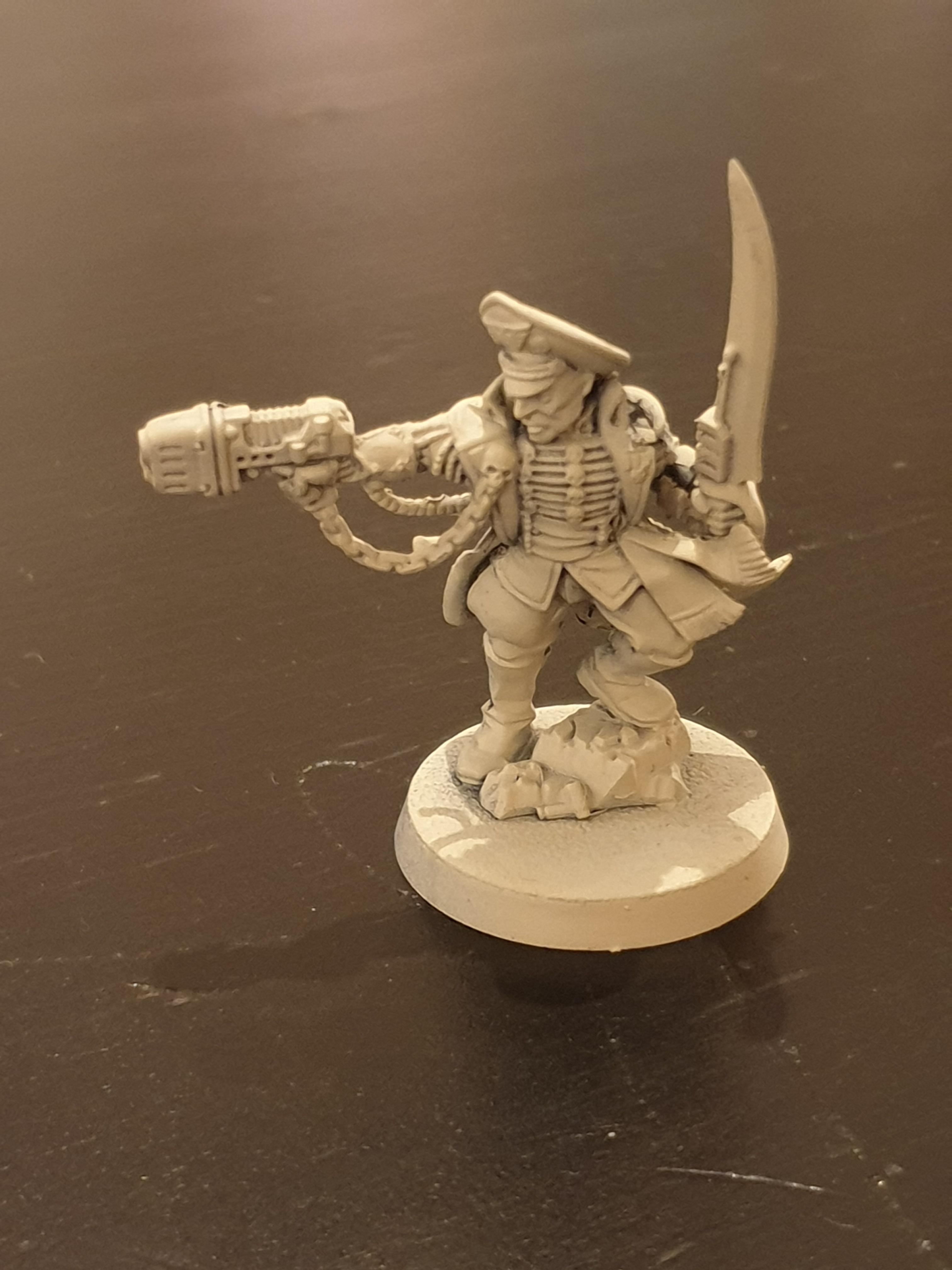 Managed to get my vyper done for the Aeldari event and have vowed an additional squad of dire avengers.

I'm declaring the vyper done. Not my best work, I didn't really get into the groove painting it. Its not quite as refined a sculpt as some newer stuff being released, but then I think it's a well over 20 years old design I think. I enjoyed spending time on the faces. Better pics will go in my thread when I get chance to take them.

So, I'm going to place another vow. I'm going for the dire avengers. These are an ebay rescue and I've not had chance to strip them so I'm just going to have to make do. They'll be a good test bed for my planned scheme. 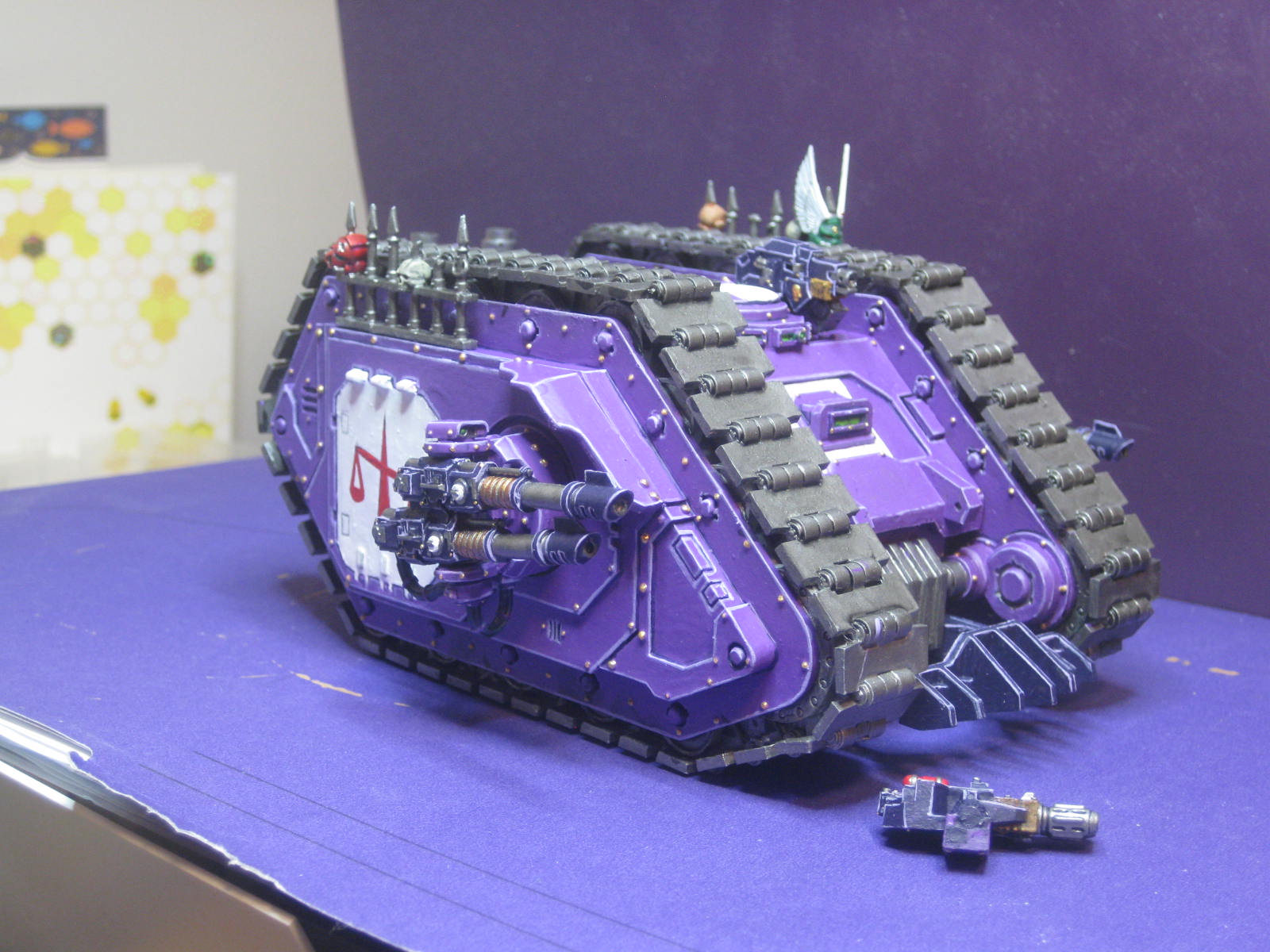 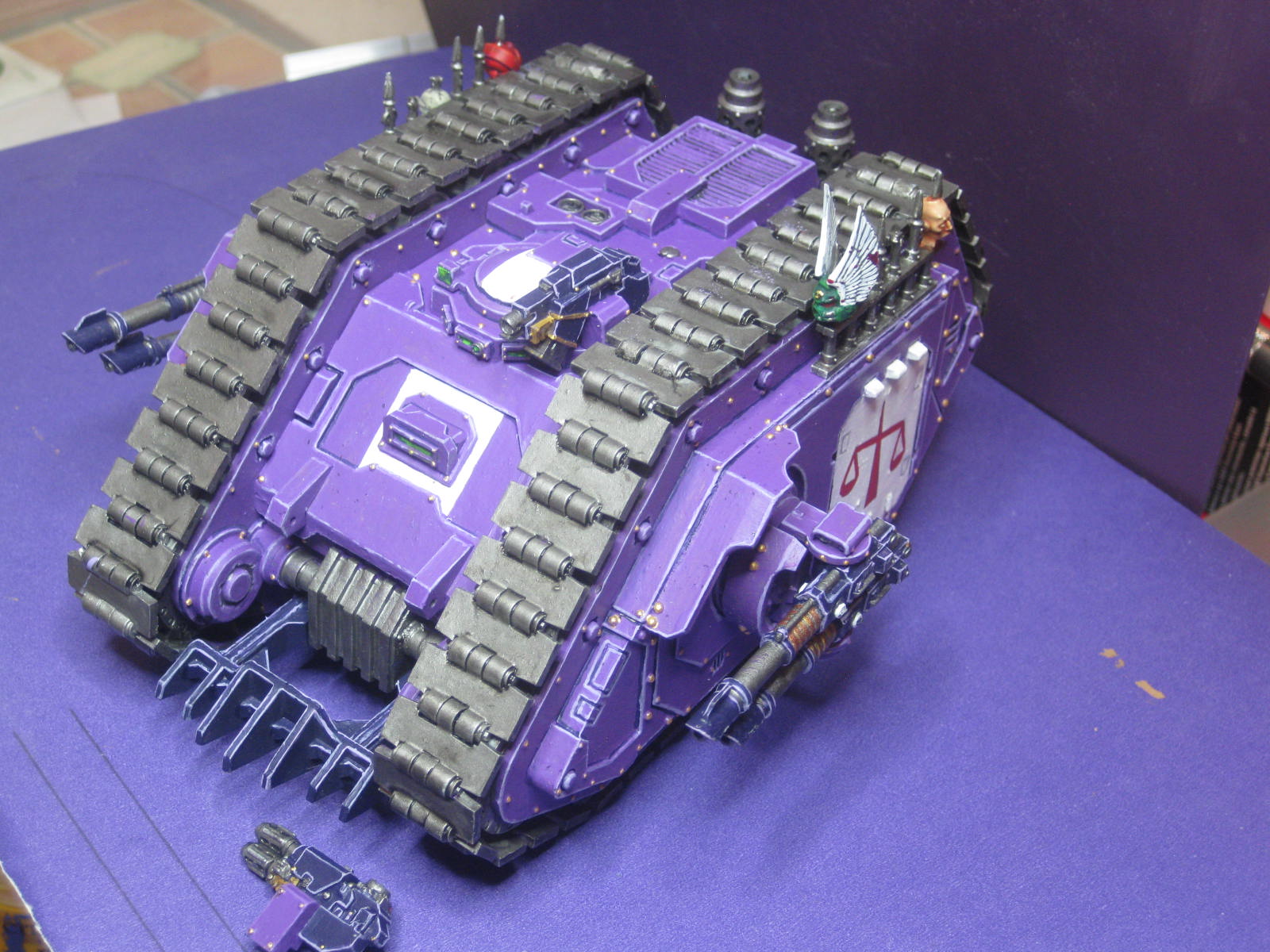 Close up on the trophy.  It's the head from the captain / chapter master from the dark vengeance box. 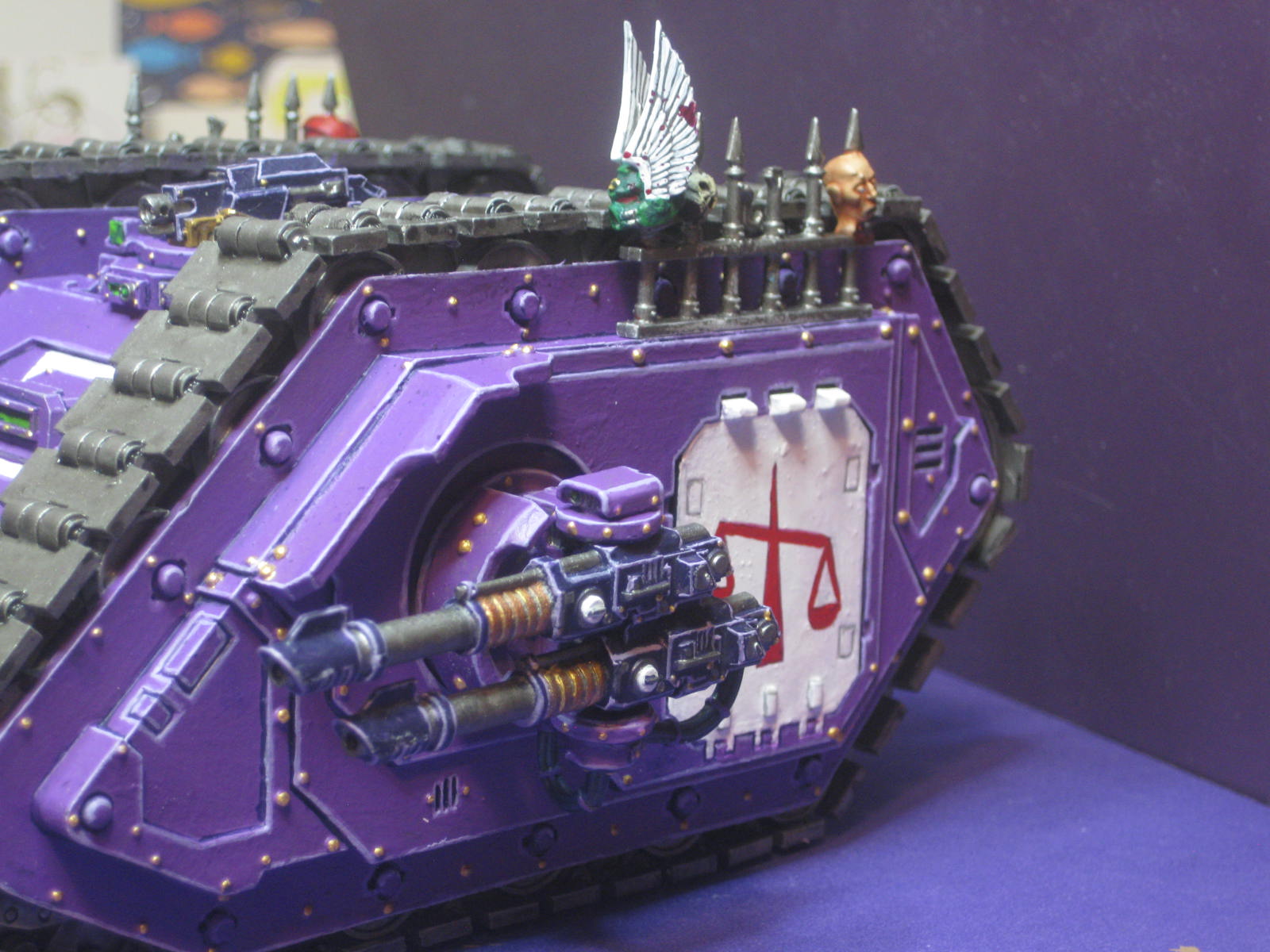 Close up on the trophy.  It's the head from the captain / chapter master from the dark vengeance box.

Beautifully painted, although I am a tad chaffed about using such a rare head as a decoration piece ;p

Fairly happy how white the helm turned out to be (considering my earlier efforts), and all the details on it with botching the white paintjob over and sorry again for the bad quality of the photo. Probably my finest work to date.

Sooooo I'm working on the October Update, but the Unas Annus Goodbye stream is quite the distraction.....I should still get it done today though

Quick update on the Nov vow - I got a bit fed up with blocking out colours across all four bikes (they're quite big models) so I've switched over to just working on the Chaplain - made really good progress on him yesterday and this morning, and it's massively boosted my motivation to work more.

I've been rooting around in some of my many boxes that make up my Pile o' PotentialTM and found a few metal plaguebearers so I thought I'd get them painted up.

I, Givemead, accept the 12 Months of Hobby Challenge and vow to paint by months end 3 Plaguebearers, for the glory of Nurgle and the Chaos Faction. 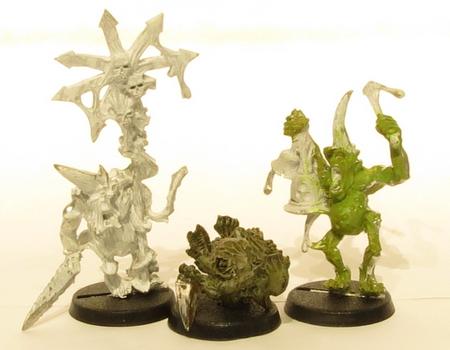 Now that I've finished my raider, might as well start on another vehicle.  So, for November for the forces of Chaos, I vow to paint the rhino and other bits to make a quad-lascannon predator. 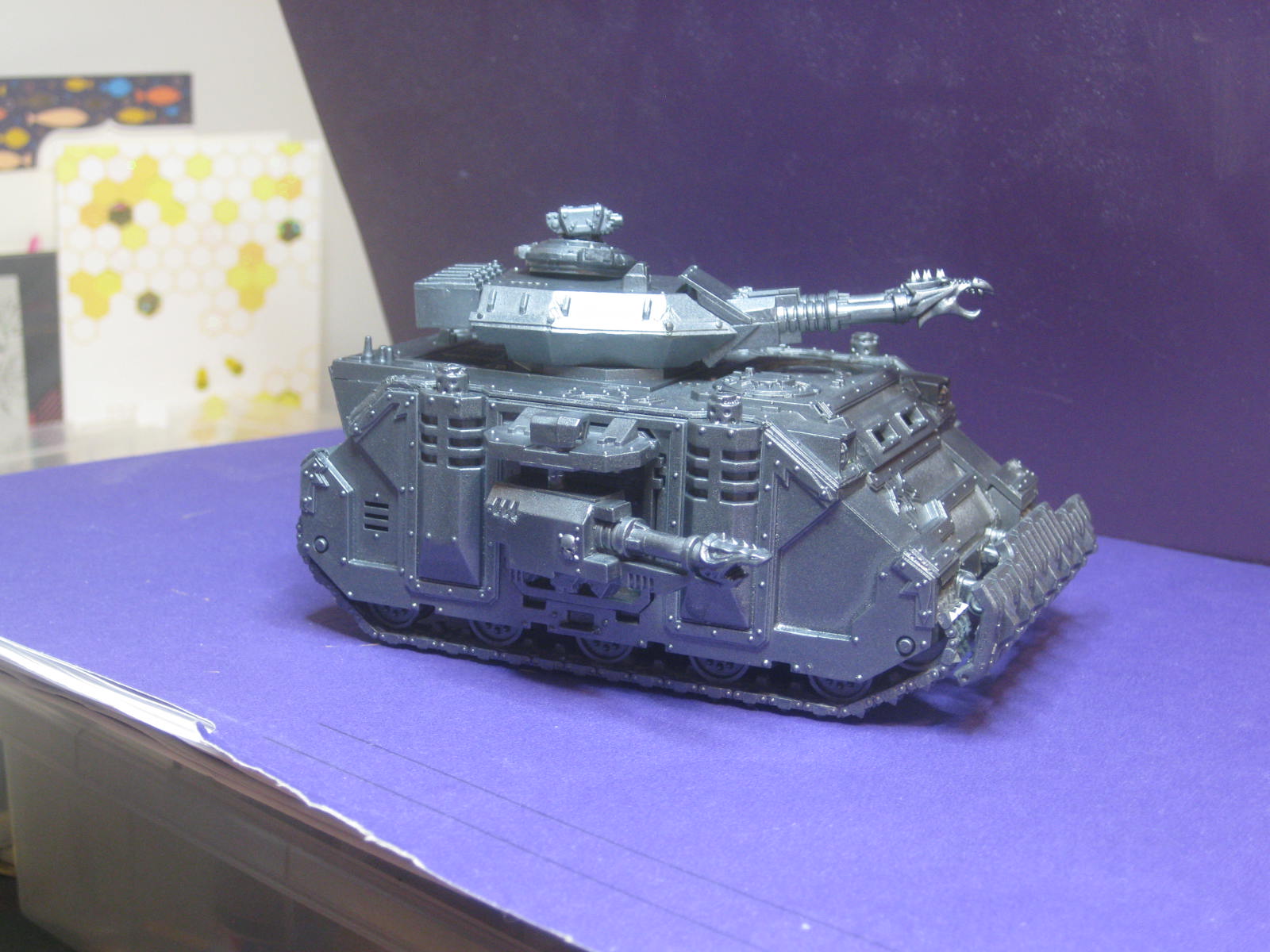 I've also made a little attempt at my almost forgotten Plodding Along Stormraven.

I, gaurdian31, accept the 12 Months of Hobby Challenge and vow to paint by months end 1 mauler fiend with magma cutters, for the greater glory of the Chaos Faction.

I really wonder where those Emperor's Children find the time to clean their tanks ... 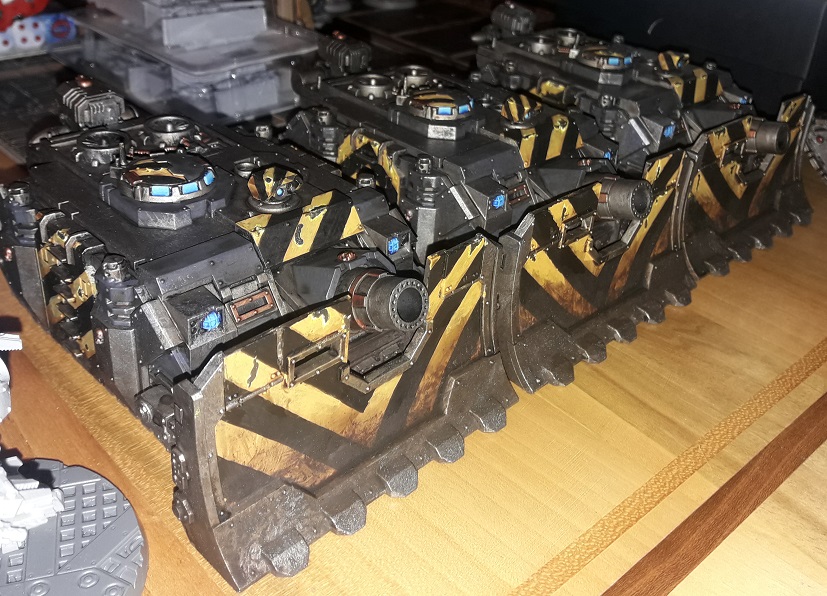 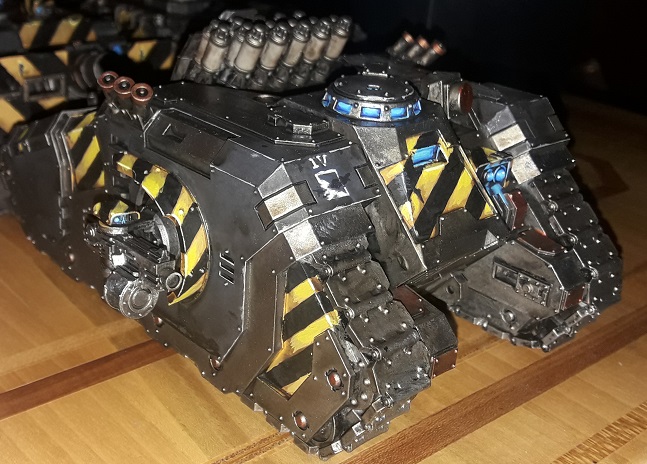 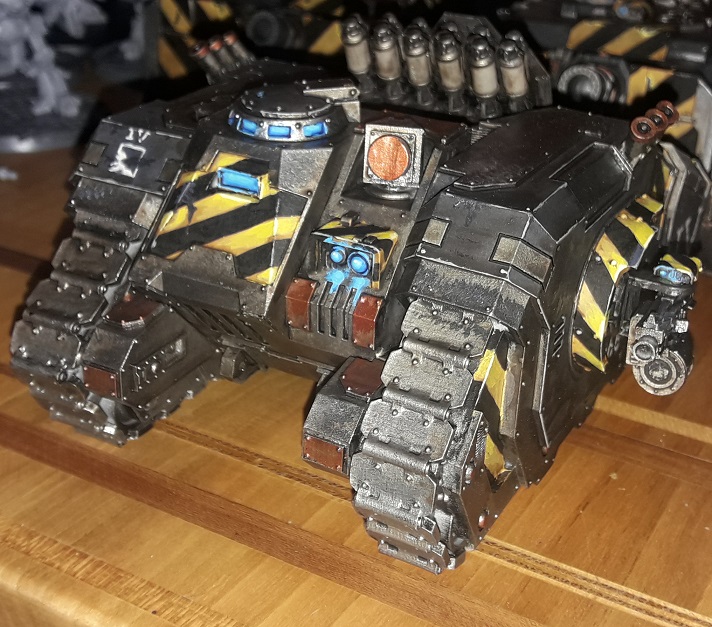