Human lives and human tears; the stuff of which Imperium is made. 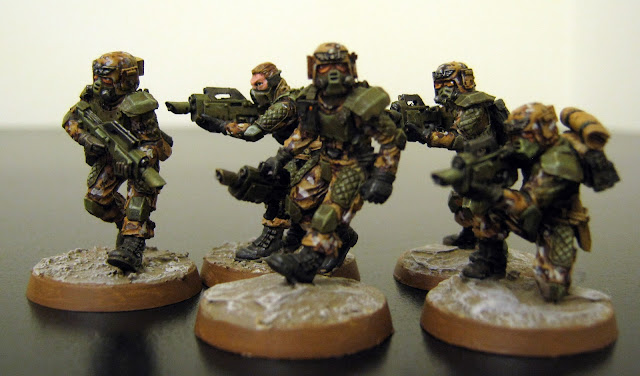 A rainworld, whose main export is liquid water, the inhabitants of [Lamb's World] have altered over recent centuries from nomadic tribes to forming permanent dwellings. Three large cities are the Lamb's Worlder's happiest boast – the capital Myrffn, cosmopolitan Pant-y-Gyrdl and Little Haven. The planet harbours a strong feral ork presence in and around the equatorial mountains and deserts; and the planet's forces conduct regular firesweeps to control the swelling and dangerous population. Recent Imperial development means that the booming planetary infrastructure is making this considerably more achievable, and some projections see the ork tribes wiped from the planet within fifty years.

The Lambda system lies in the sparsely-occupied north-eastern quarter of the Anton Antecedent subsector, an area beyond the reaches of the Boten Cloud Nebula. This leaves the only defence from the ork-haunted Scallop Stars being the desolation of Wilderness Space – and as a result, the worlds of the system often see battle against ork raiders.

Surrounding a G2 main sequence star are numerous asteroid belts, half-a-dozen dwarf planets, and a single habitable world, Lambda Principal. The system has heavy cometary activity, which likely contributes to the disproportionate amount of water apparent on Lambda Principal – the planet certainly spectacular meteor showers caused by asteroids and comets that have broken up under the influence of the dwarf planets, and local folklore records at least two major events supposed by Imperial observers to be the impacts of more substantial comets on Lambda Principal. 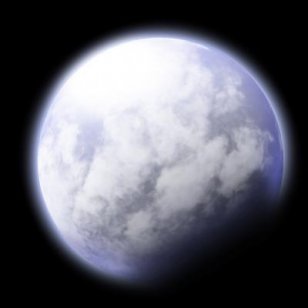 
Blessed with an abundance of potable water, the temperate regions of the planet are drenched year-round, making the propagation of flood-resistant crops and livestock – mostly the quadrupedal ovistock kept for their pelts and meat, and the arecwid, used as transport and beasts of burden – possible. Until comparatively recently, the vast majority of the inhabitants followed a nomadic existence that led their herds across the hilly landscape. Mostly illiterate, the people of the petty cyngdoms and fiefs relied on oral history, and so the planet's history is shrouded in myths and legends that have contributed to a rich cultural mélange. 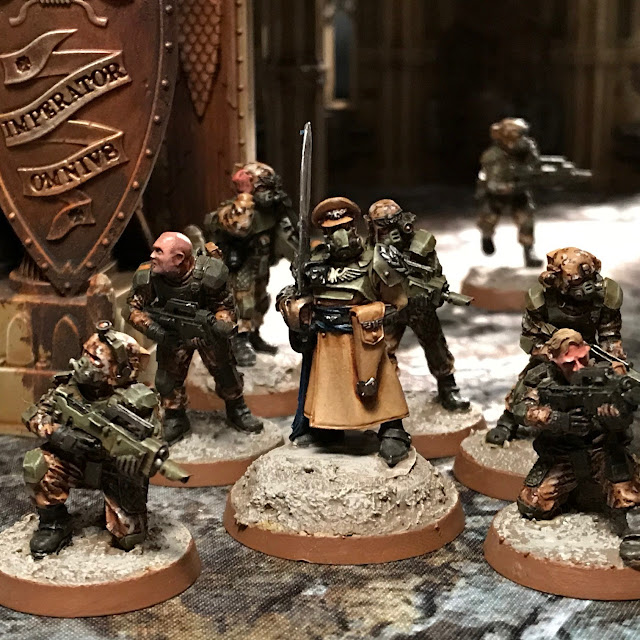 Over the course of two thousand years, Ecclesiastical missions succeeded in establishing a number of scholams and increasing the number of permanent settlements in the more stable regions of the moorlands and woodlands of the world. While the ancient cities of Myrffn, Pant-y-Gyrdl and Little Haven are still the largest and most influential, many more have sprung up. The various ethnic groups of the inhabitants still bear hallmarks of their storied cultural histories, but their traditional nomadic ways have largely been subsumed into settled, urban living. In turn, this has seen the increase in the planet's Tithe, which it pays through two principal exports: fresh water and human blood. 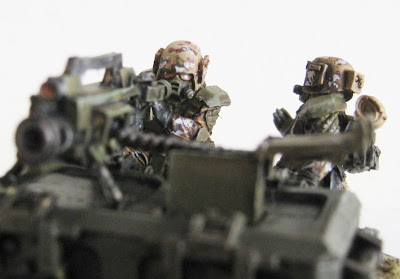 + Heavy bolters are most Lamb's World regiment's preferred support armament, though they are frequently – and presumably semi-affectionately – referred to as 'back-breakers' +

+ Lamb's World and the Imperial Guard +
The Tithe – or degwm, in the curious opaque dialect of Lamb's World Low Gothic – comes to all worlds, and Lambda Principal is no exception. Alongside livestock (principally the herded ovistock and arecwid, often utilised as mounts), frozen meat, water, and minerals, the world ships out many recruits to join the Imperial Guard and Imperial Navy, most with at least some experience of warfare owing to the interminable ork raids. 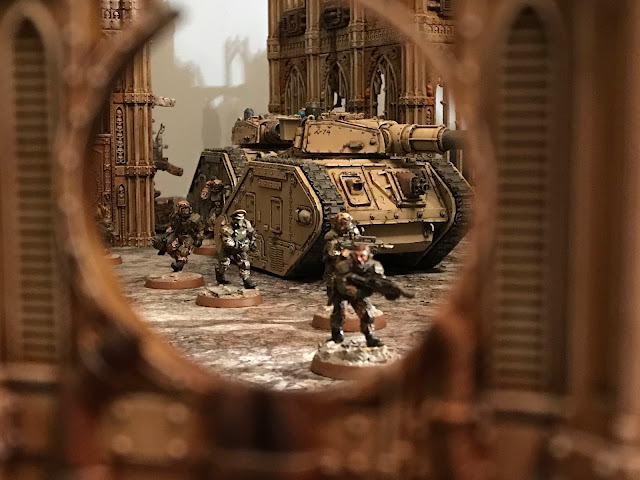 Lamb's World Imperial Guard regiments are traditionally drawn from PDF regiments that have served in the ongoing Equatorial Culls; a patchy, unsatisfying war that has continued intermittently against the stubborn feral orks of the region since records began. Never numerous and hemmed in by the rocky terrain, the ork tribes pose little true threat beyond the equatorial belt. That said, they have proven intractable; popping up years or even decades after at least four Imperial Commanders have declared final victory and the extinction of the tribes. It is possible – even likely – that the orks have been wiped out on occasion; but that the appearance of new raiders activates spores that lurk deep in the innumerable caves, valleys and swamps of the world. The looming threat of warfare is thus a permanent part of life on Lamb's World. 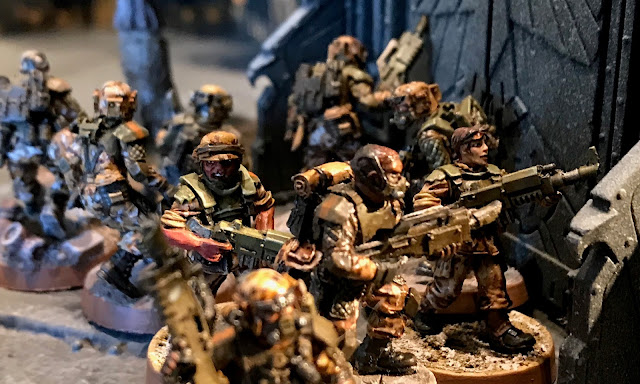 Lamb's World has a proud tradition of providing stolid, if unremarkable, regiments of infantry to the Guard. Most of these serve in the armies of Antona Australis, but on occasion Lamb's Worlders have made it out of the sector; including during the Augustine Crusade (Segmentum Obscurus) and the Alien Wars on M37. Lacking heavy infrastructure of their own, Lamb's World Tithed regiments are usually supplied to the Guard transports with little other than small arms and fatigues – typically the cold-desert pattern used in the equatorial regions. 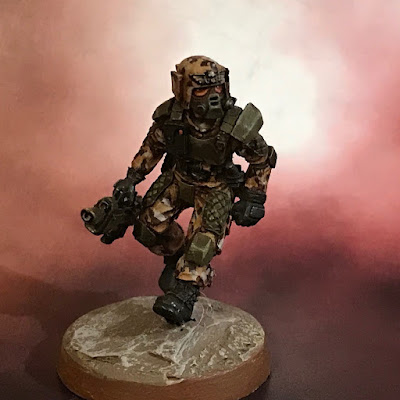 Trade developments mean that the equipment and materiel used by the regiments seconded to the Guard in M42 are visually very different to regiments from the Marquesa's era. Of course, these differences are more than cosmetic; but such is the monolithic nature of the Imperium's technological distribution, that the operation of the different patterns of flak armour, lasrifles and other equipment issued to the current Lamb's World regiments are quickly assimilated by the obedient troops. 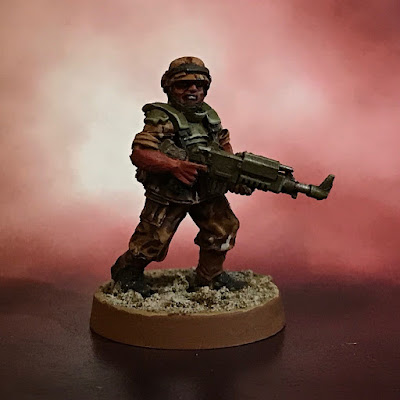 + Line infantryman of the 88th Infantry, showing equipment during deployment on the moon of Cepheus: Arcadia-pattern cold-desert fatigues; Marathon-pattern autorifle, and combat yoke. + 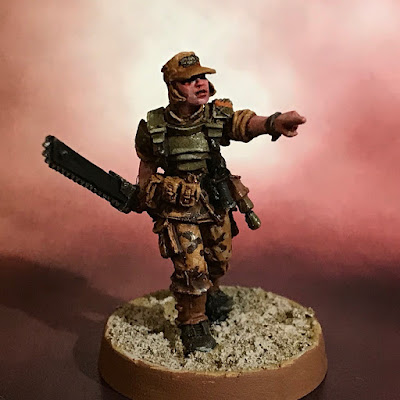 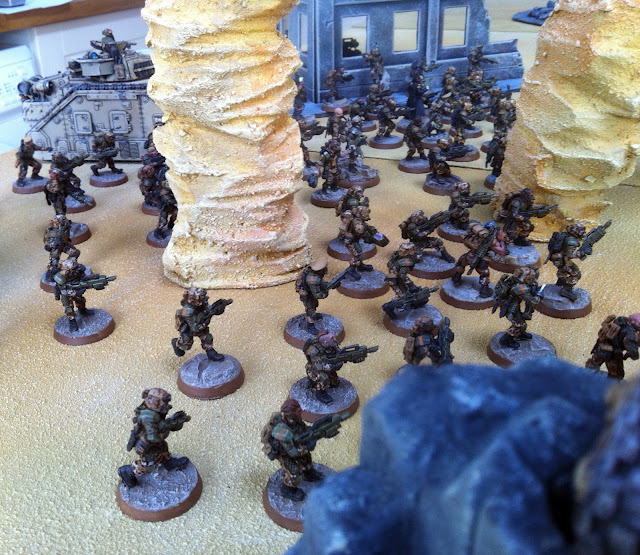 By dint of the Antona Australis Sector's martial demands, Lamb's World regiments are supplied only intermittently, and rely heavily on their soldiers' willingness to make do and adapt. Exceptional in no particular form of warfare, Lamb's World nevertheless produces a variety of fairly reliable forces ranging from arecwid-mounted cavalry to urban warfare specialists, encompassing armoured and artillery companies. Nevertheless, it is the rifle-armed men and women of the infantry that form the vast bulk of Lamb's World's children.

Armoured Regiments are usually trained off-world, mostly utilising vehicles manufactured from the the Smelts, a group of manufactorial powerhouses in the Spinther subsector. These Imperial planets, far from active war zones, operate under license to the Adeptus Mechanicus fiefs of the Forge Worlds Braun VI and Marathon; producing colossal amount of martial materiel. 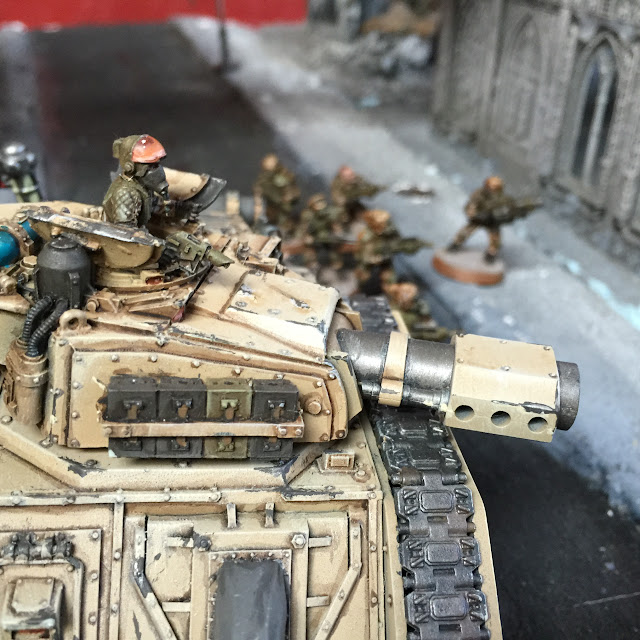 Dedicated Rough Riders form a large part of Lamb's World recon forces, and it is a rare regiment with no berthing for the ecwid mounts the regiments prefer. Indeed, Lamb's Worlders revere this animal, frequently incorporating it into their livery and symbology. 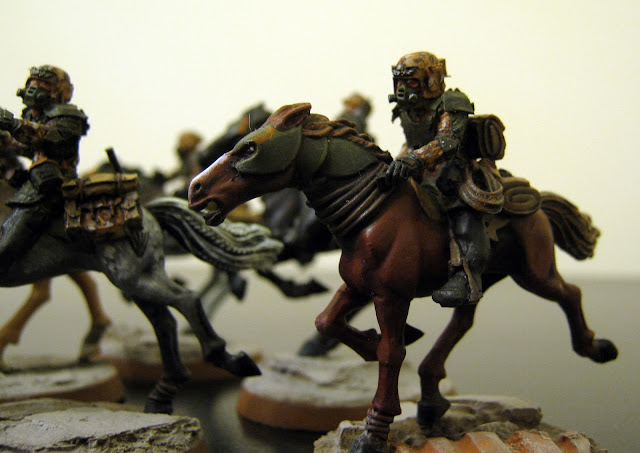 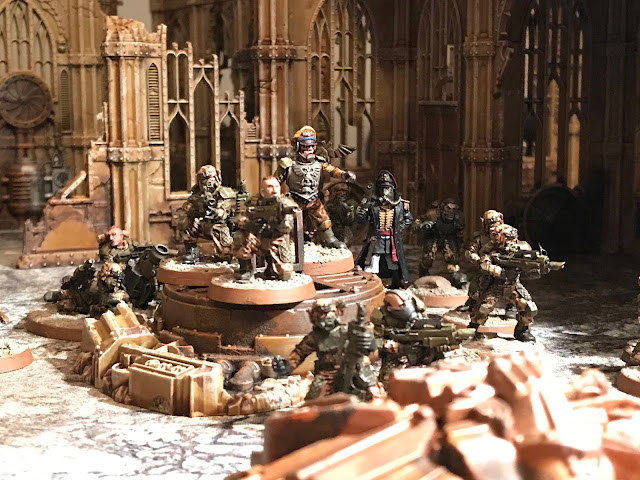 Back to + LIBER SHOWCASE +