The news article on the Warhammer Community shows some of the imperial agents characters that are gong to be in the upcoming animated series (without a name yet) among which there is an image of the female arbitrator.  So at this point it's not news but rather a speculation - are the new plastic Adeptus Arbites coming?  You decide. 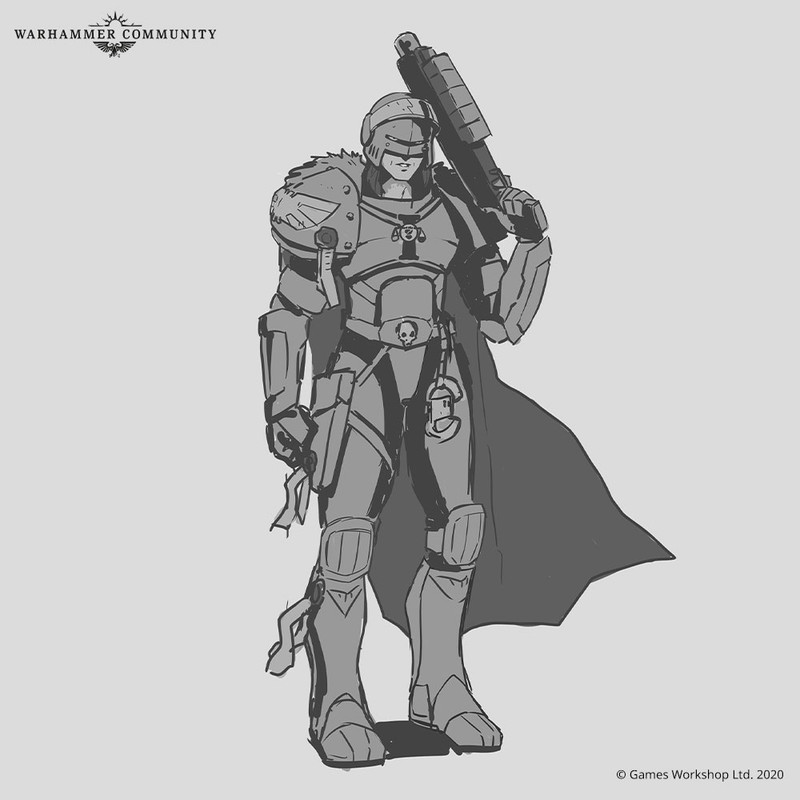 Expect Imperial justice to be dealt. Probably with extreme prejudice.

Yeah maybe, it would undoubtedly be very cool, but I if it does I don't think it'll be a whole army but instead a smaller range for Necromunda or Kill Team.

If I get to decide then yes, new plastic Arbites incoming!

I never did get around to getting any of the old metals, so new kits would be perfect. The not-arbites from Necromunder aren't the same.

While I would shriek like a fanboy if GW gave us Adeptus Arbites miniatures (evidence), I'm doubtful. The concept image shown in the first post is incredibly similar to Necromunda Enforcers miniatures of around 2005-2006. That appearance was also used in the Dark Heresy game for the Adeptus Arbites. That appearance was heavily influenced by the Judge Dredd comics. When GW revisited the Enforcers for the current range, they deliberately stepped away from the Judge Dredd IP.

We can dream at least... if we got some Arbites I would partially forgive GW for their lack of love to the Inquisition and agents for so long! Even a few models would be useful for some Acolytes

Or, and hear me out here, it is an indicator that Inquisition or Agents is getting a full model line coming up, complete with inquisitors, various unique agents, viable list options, and a complimentary belly rub.

"Frak this, for my faith is a shield proof against your blandishments."
-Book of Cain - Chapter IV, Verse XXI

"I think you really need to be a guard player in order to have that kind of attitude about casualties. My forces were killed to a man for slight strategic gain? All I heard was a buzzing noise until that part about strategic gain."
-Ailarian, Hand of the Kind XXXI

So are Enforcers to Arbites as PDF are to IG?

It sounds about right.

I think I have 30-40 classic Arbites, including some really, really old Marauder models. I'd like to see Arbites make a return, but I'm skeptical too given that enforces are already here.

I'd like to see an Agents dex with some new model support, and this would be a great start.