So after many years of hiatus and playing as giant robots, I've returned to my first love; Dark Angels.

Going something completely different to the 5/6 model mono knight army I've been playing and gonna be roughly running the following.

Plenty to buy, build and paint yet, but hoping to get it table worthy asap, with a view of using it for a get together in April if I can make it.

Grey basecoats have started to go on to some of the bits that are done, the lass is at a gig on Friday night so I might get some airbrushing time. 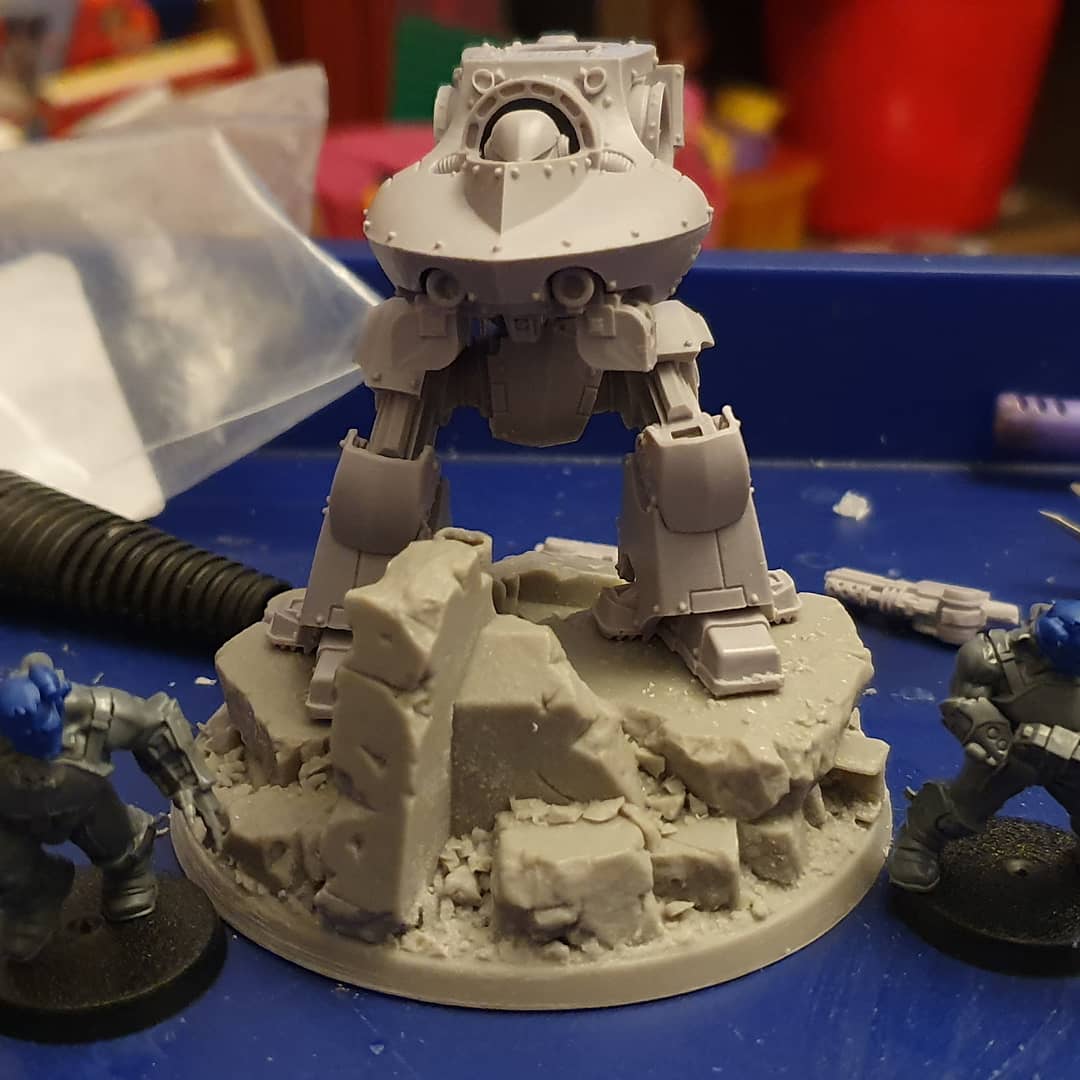 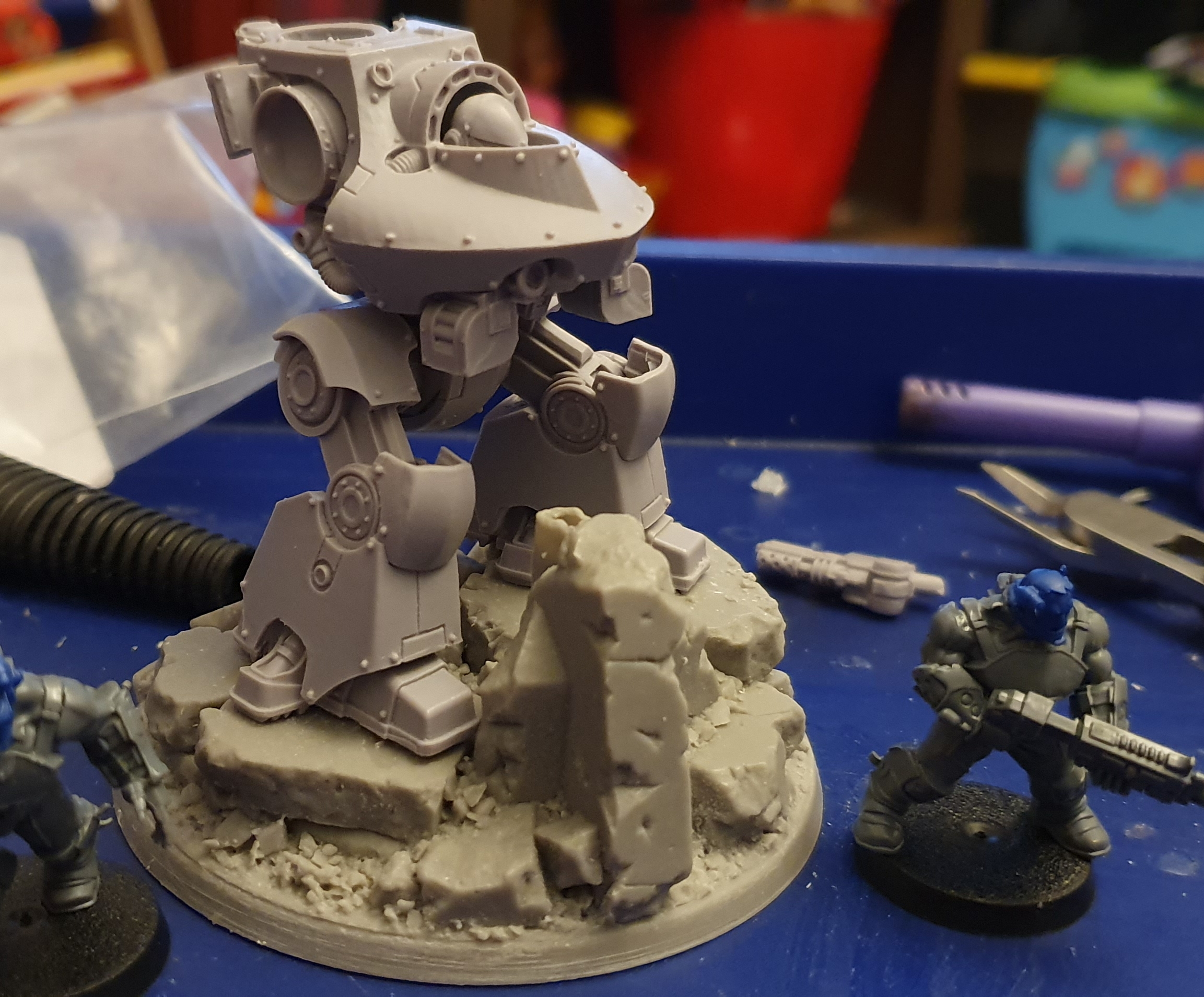 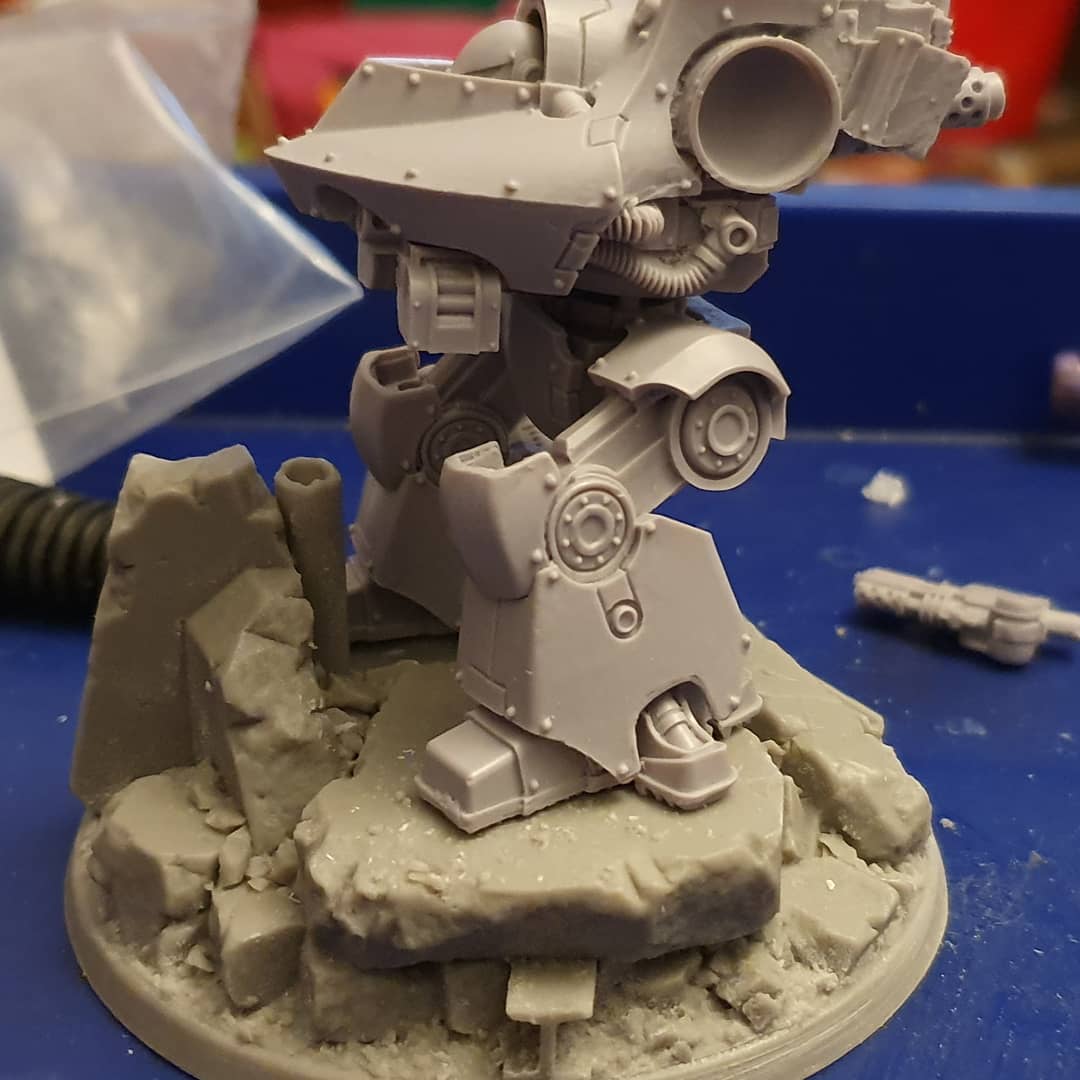 Not a fan of friends then?

Not a fan of friends then?

However I live in an area that doesn't have a gaming scene, so my gaming is sporadic tournaments and not a regular games night.

After 3 years of solid mid-tier pure knights gaming, stepping it up a bit to compete in the tournament setting.

The boy is at his nana's


That means bar some housework I get to do some painting for the first time since Christmas in fact.

Just a bit of preshading so far today, kitchen tidying time now and then some finer detail shading and highlights before the base coat goes on.

Nice to feel a bit productive though

Well, majority of the green is done, they're now drying so I can decide what final tweaks they need.

Time to go pick the boy up and let these settle

Herm, this will be interesting - I know you can put out some top quality work from your knights, so I'm looking forward to following your progress here.

Progress log for Dark Angels and a couple of knights: http://www.bolterand...-paintful-work/

Cheers, I'm quite happy with the progress so far, it could be quite a quick turn around on the army to get it on the table.

Very different style of army to my knights, but the plan is to base them all to match the knights. It should make the green pop nicely against the red ochre bases, but also mean that they can be played alongside each other in battle and fit nicely.

Speaking of which, 24 hours of drying later and I've learned that photographing green in the evening is a pain in the arse!

But nevertheless, some picks of one of the Invictors. 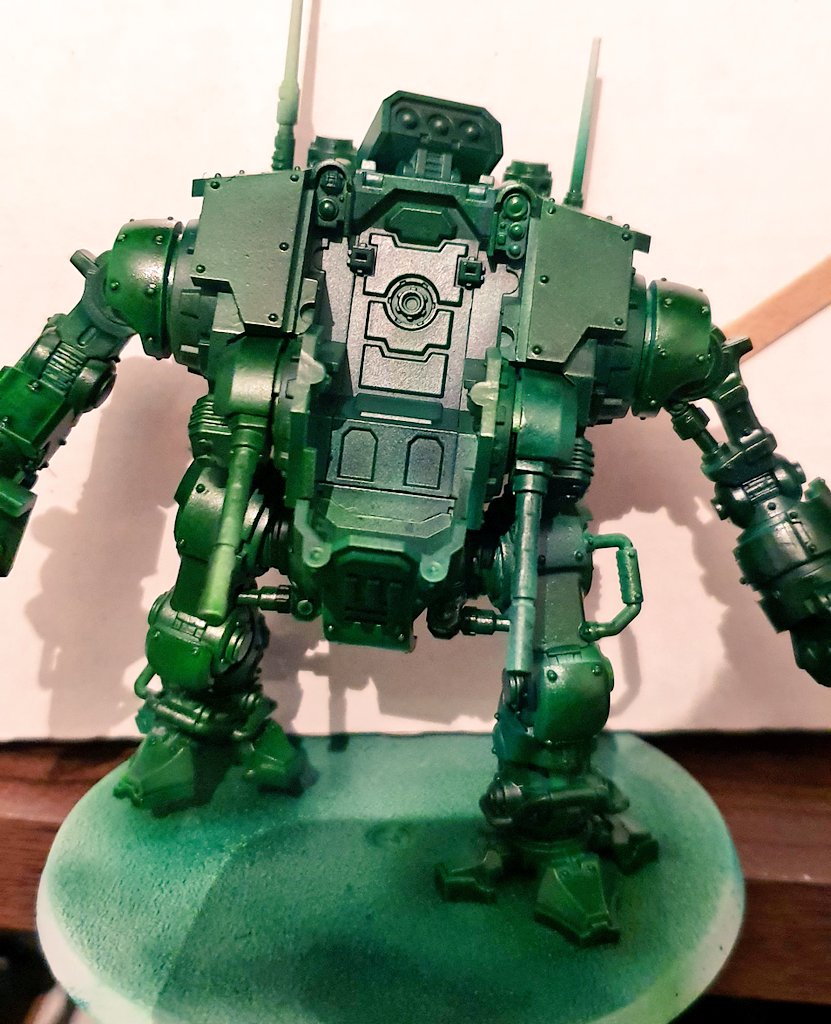 Need to block in all the other colours before starting highlights, but in the mean time onto building four shiny flyers.

Slight mod of my competitive list I think with today's errata/FAQ. Still pretty happy with it really.

Lot of potential there for some aggressive play

So last night the wife went to a gig with my sister, the boy went to bed at 7pm and I had a bit of time for actual painting!

I started on the highlights but now that it's better light I've decided I went a bit far with the moot green highlight.

There needs to be less of it so will darken that back down in sections with warp stone glow and tidy up from there.

Not too bad though I don't think, what do you reckon? 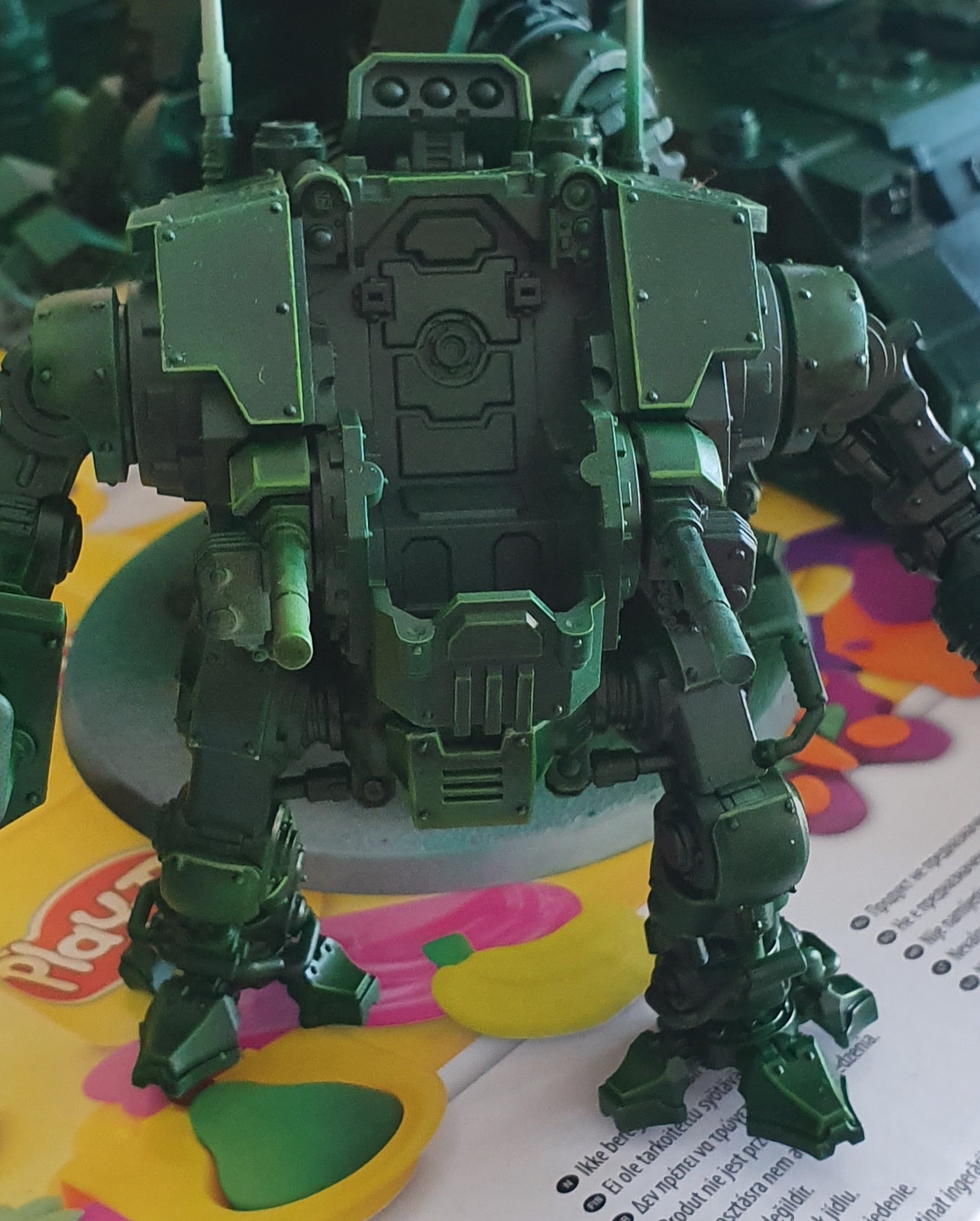 Not had a chance to pick up a brush, but have sorted out a detachments worth of Eliminators and their Stalker armed Lieutenant. I thought the boss needed something a bit more than a scope on a normal rifle.

Thus, the Taskmaster is born. 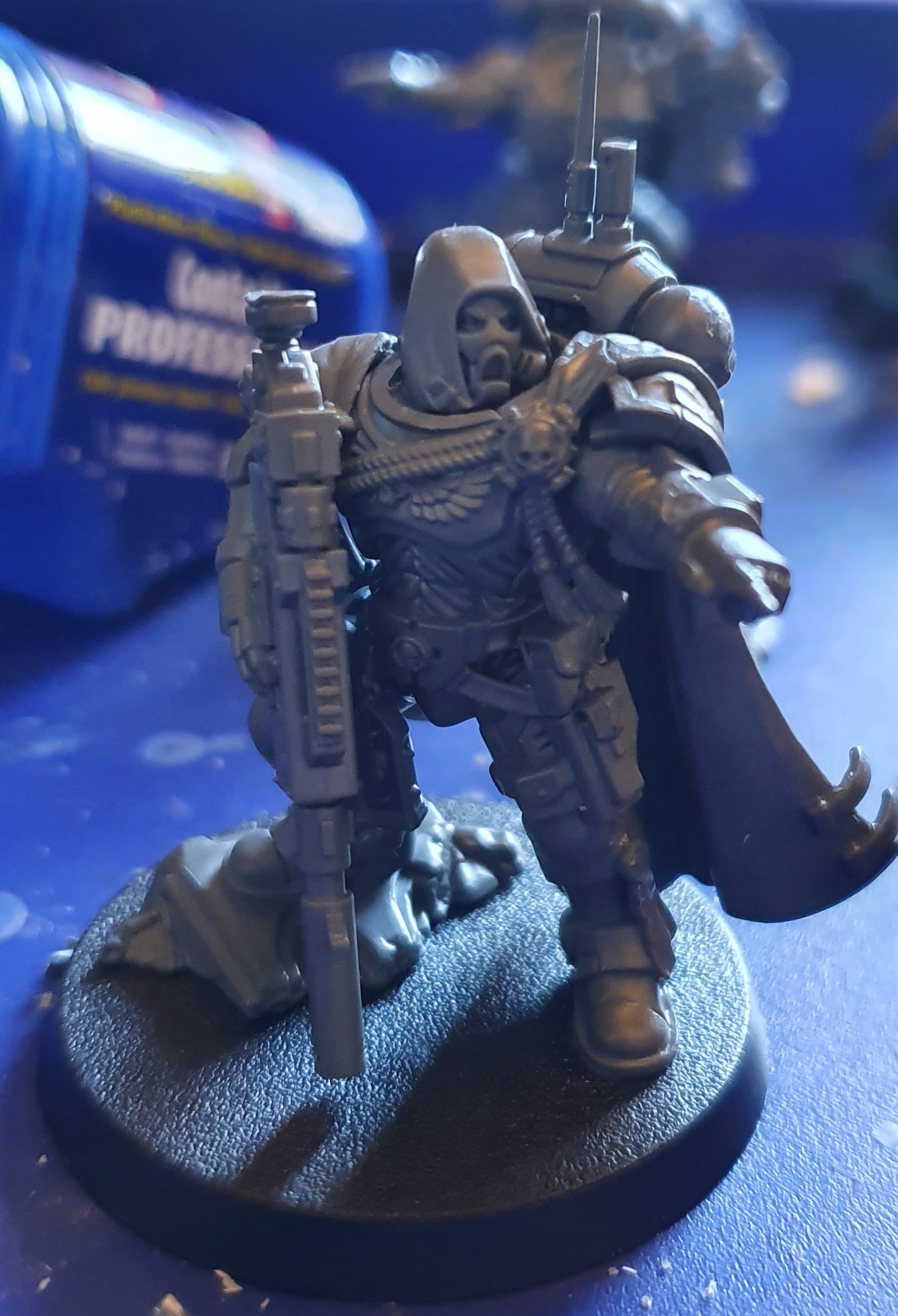