61 replies to this topic

So with my vow for March of the Machines, here's my Iron Hands progress thread!

I got started with the Iron Hands with the Codex Supplement. I've enjoyed them in the HH novels, and the Supplement favored big guns (yay), is totally metal, and my partner insisted on me getting and painting Iron Father Ferrios because they love the model that much and well, why stop there?

I've gotten almost a thousand points painted so far, with a pretty quick and easy technique:

4. Iron Hands Steel for, uh, iron hands, aquilas, and similar decorations (I am being very stingy with gold in this army)

5. Nuln Oil on the Leadbelcher

6. Clean up the Abaddon Black from the above steps

7. Careful drybrush with Necron Compound, they key being not just catching edges but ever so lightly buffing the flat and especially curved surfaces, giving a slight metallic sheen to the black

8. Draw the rest of the owlAll the spot and detail colors and the basing

10. Another coat of Iron Hands Steel over those elements

A few examples of already done models before getting into the pledge progress:

Gravis Captain as the initial test: 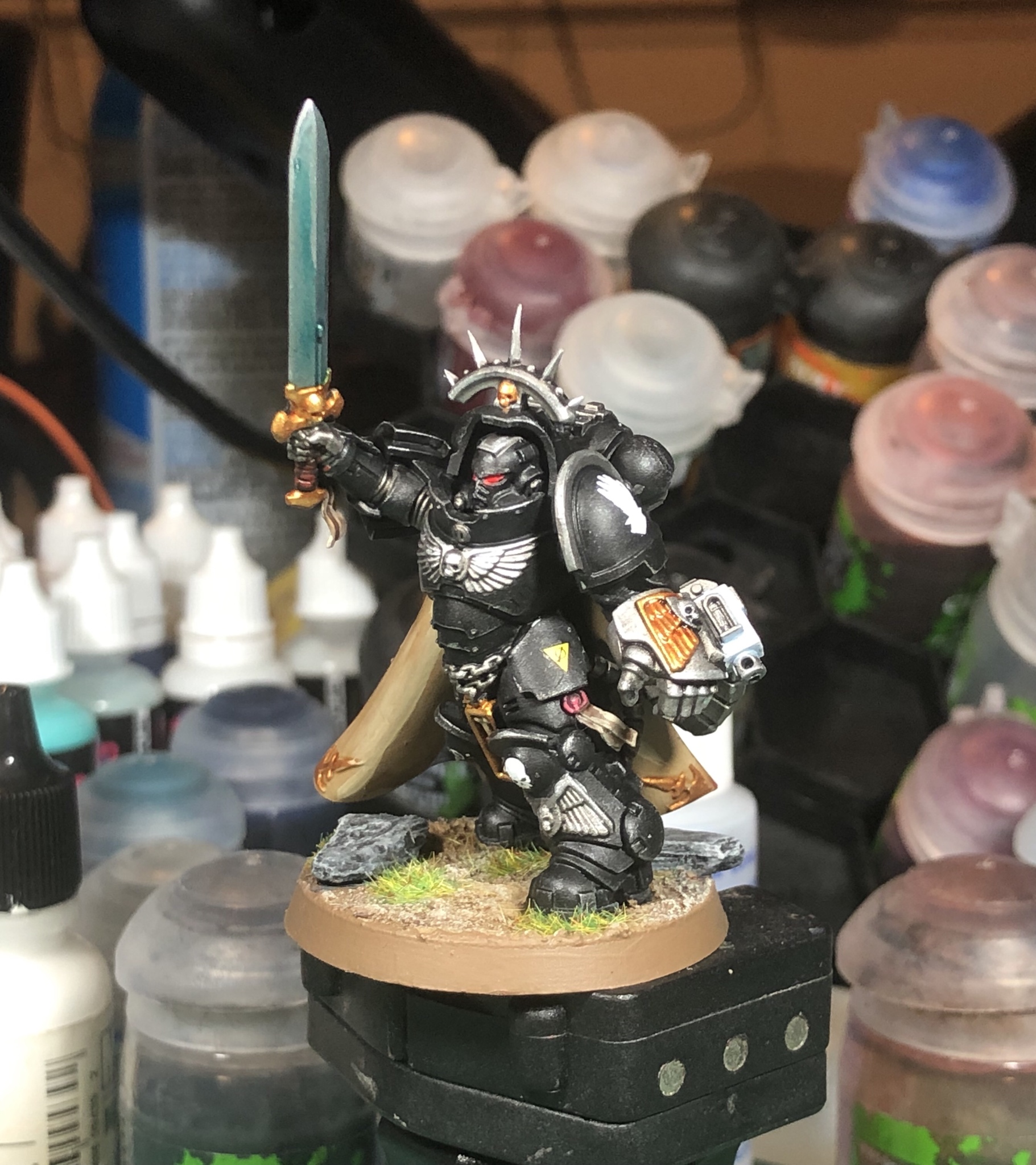 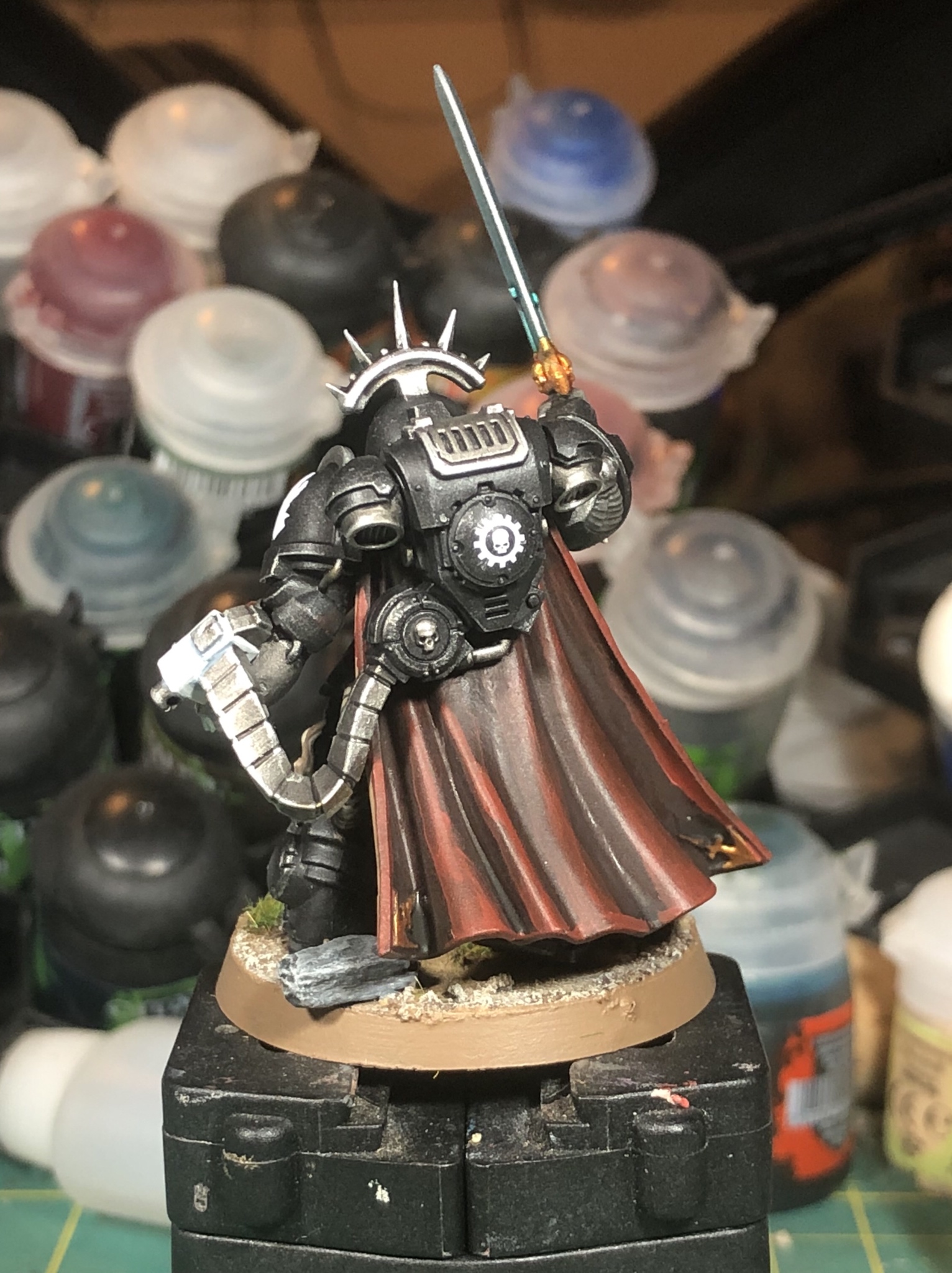 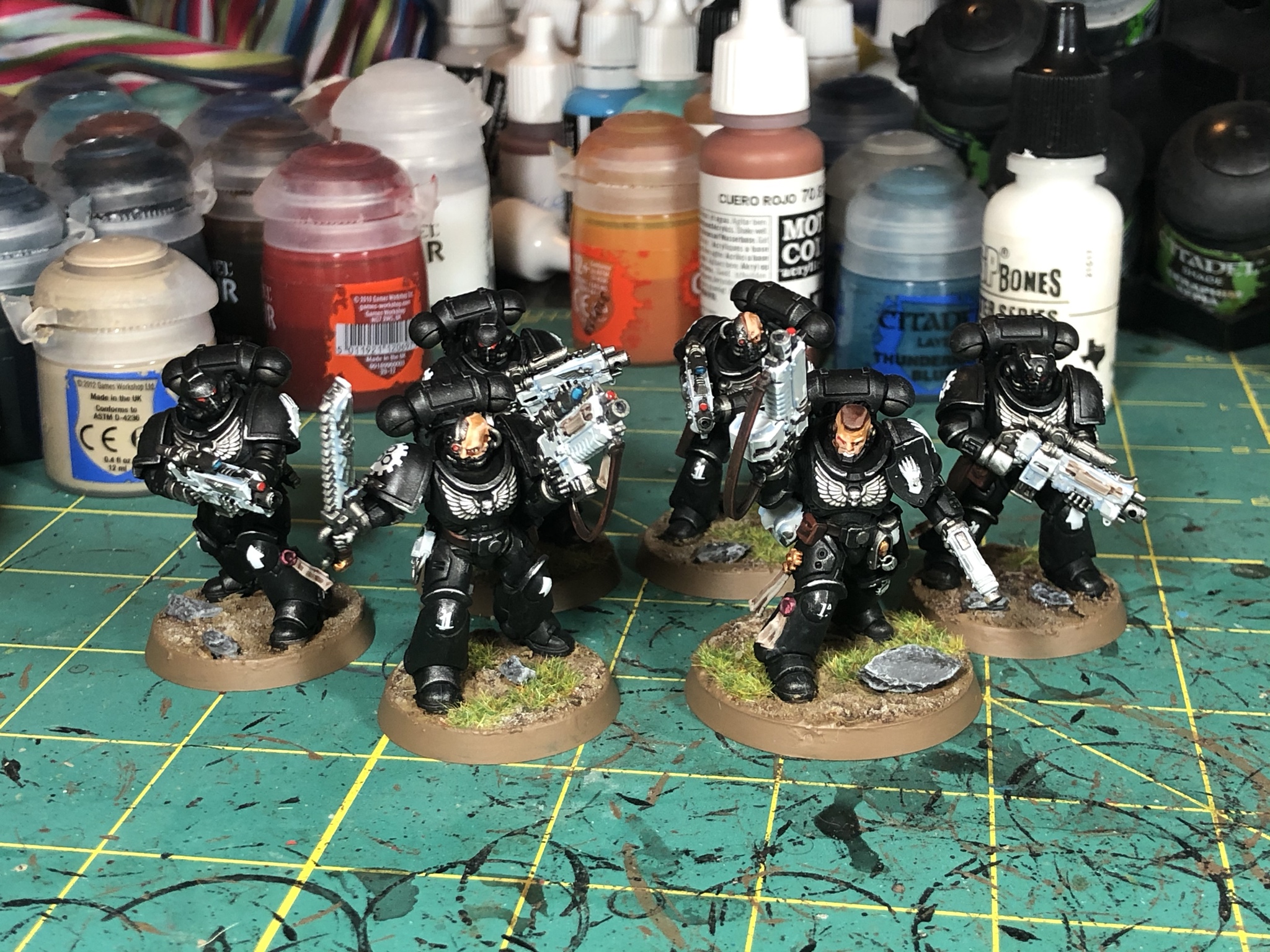 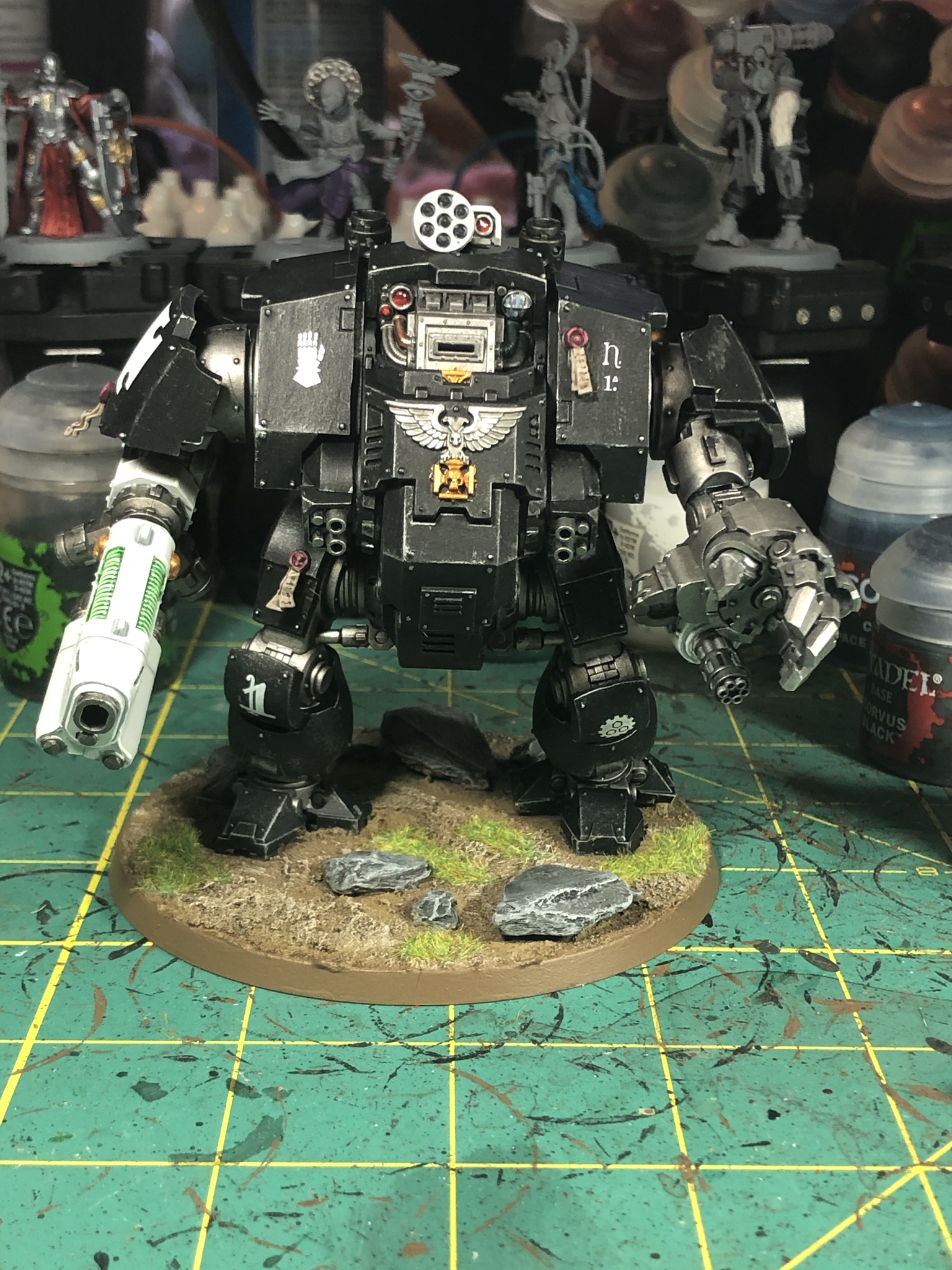 Ahead of the curve witht he auto bolt rifle Intercessors (Sister was prep for LVO KT demos): 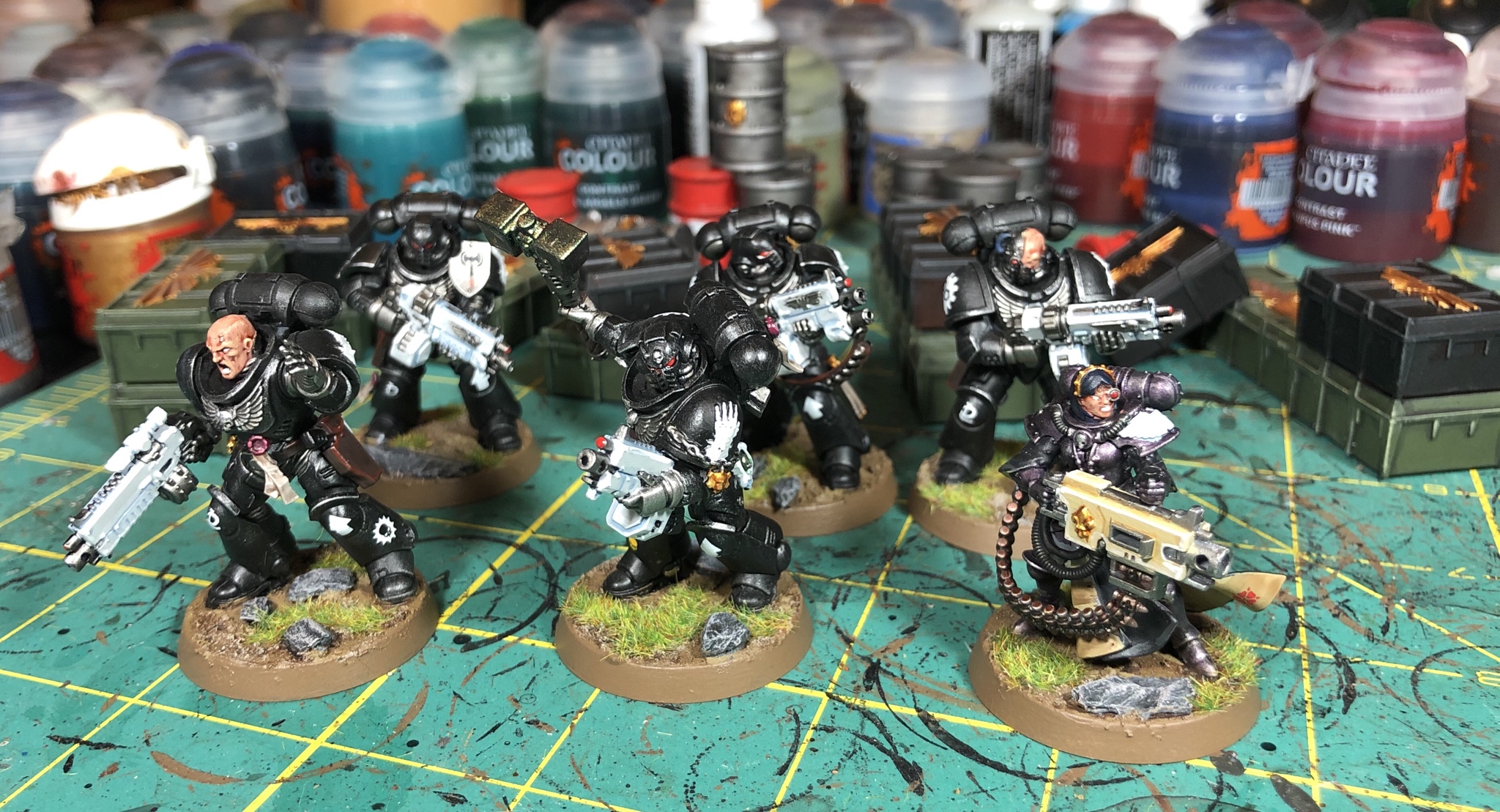 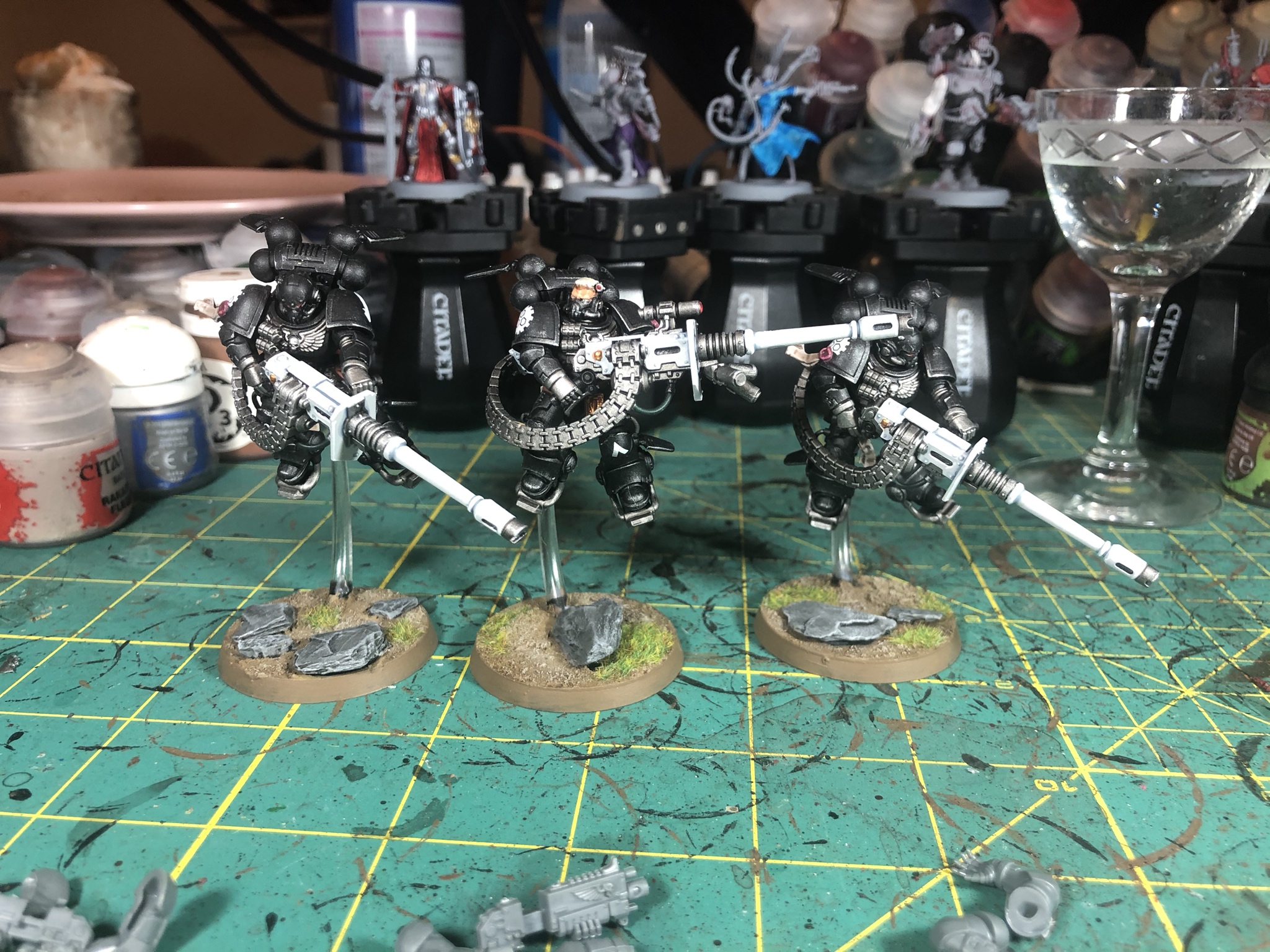 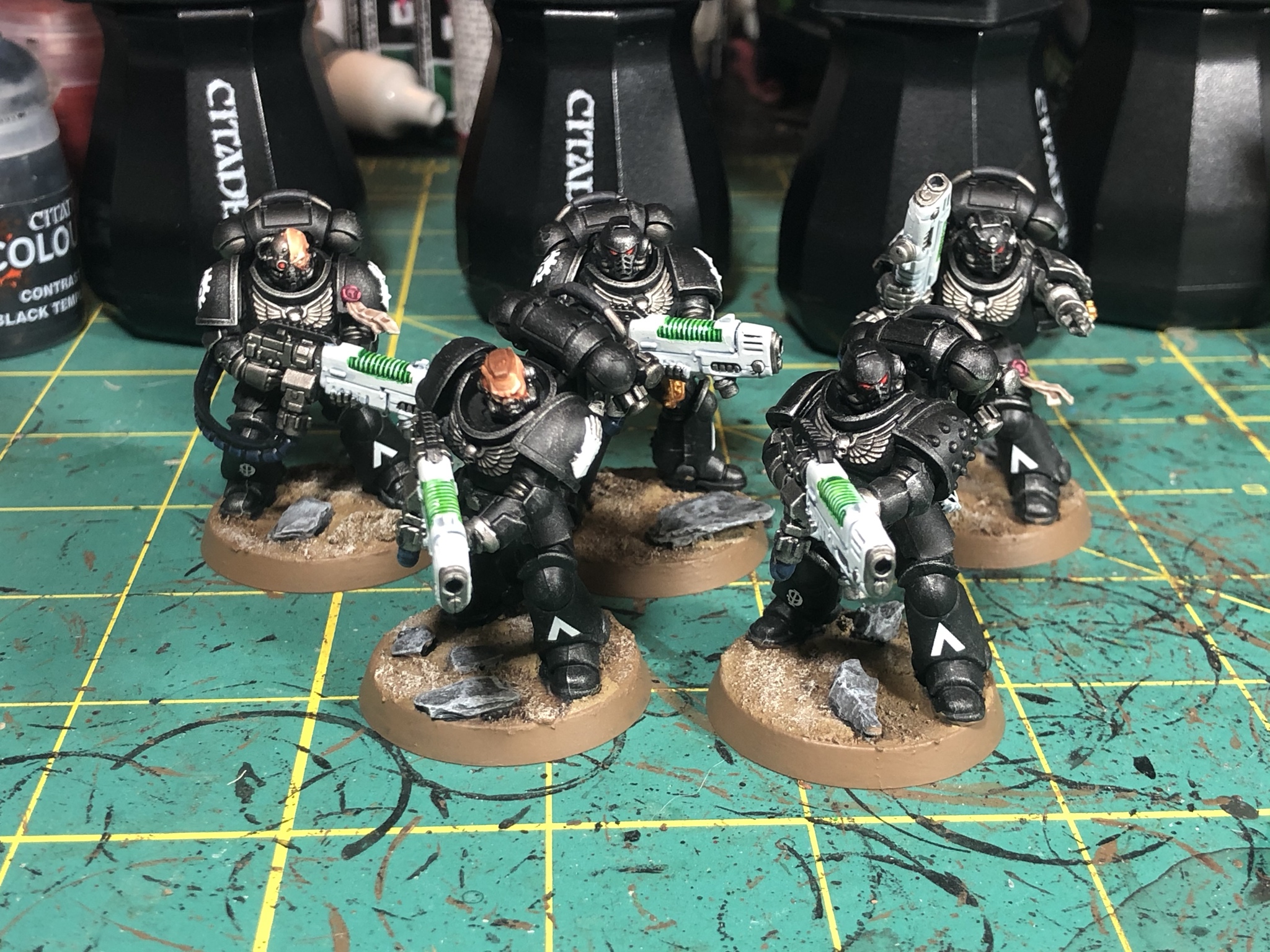 Impulsor (first of many): 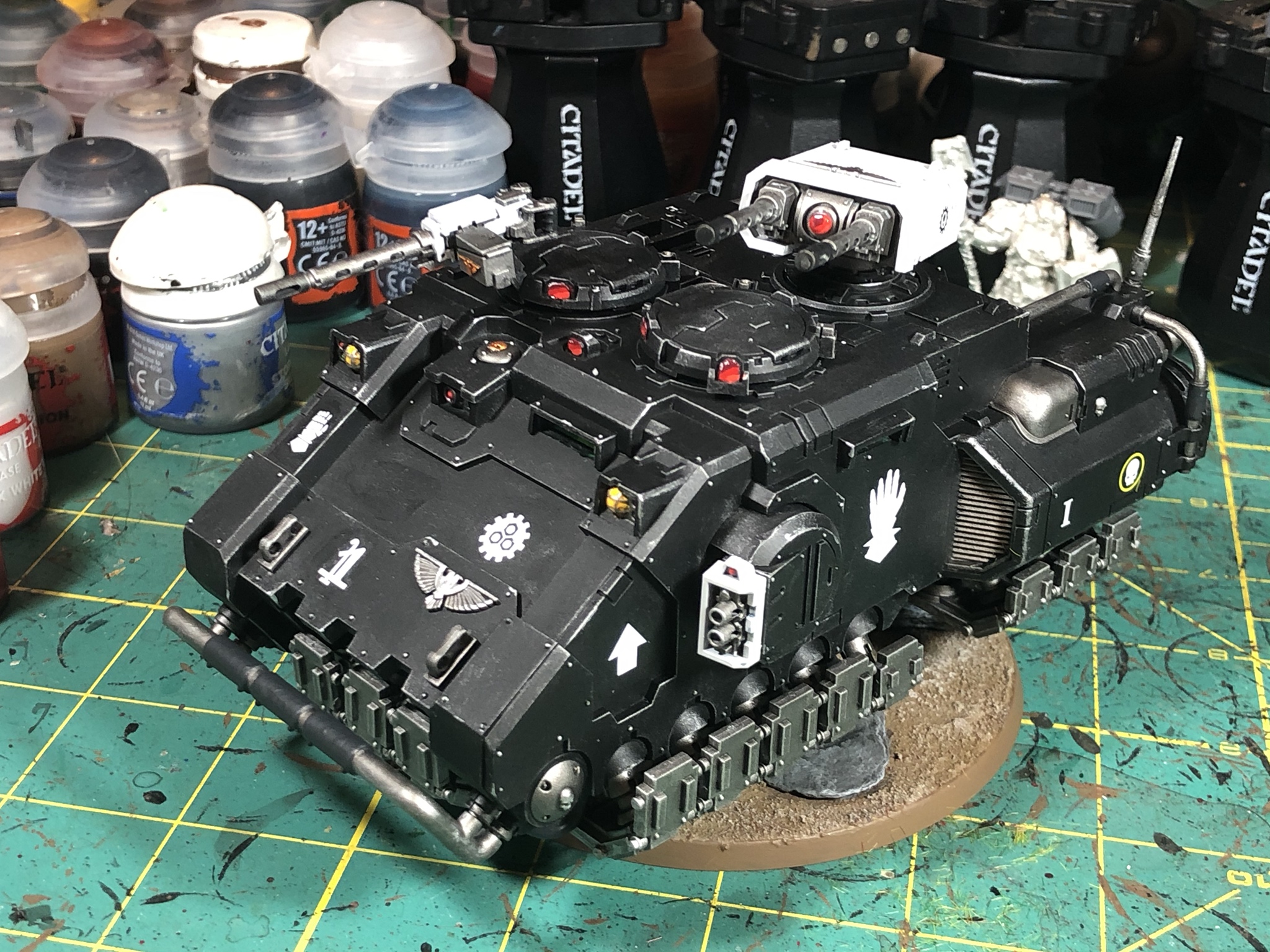 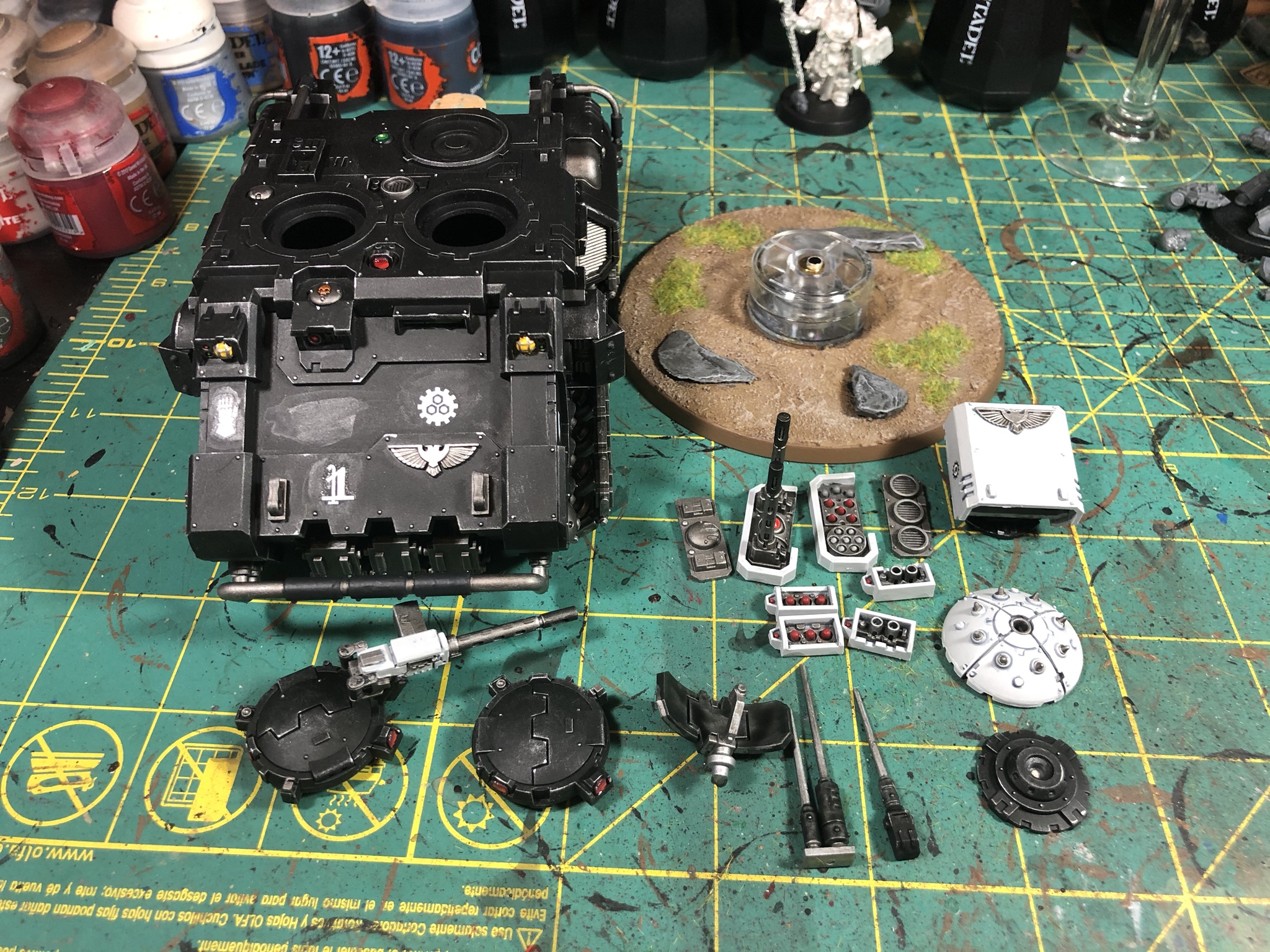 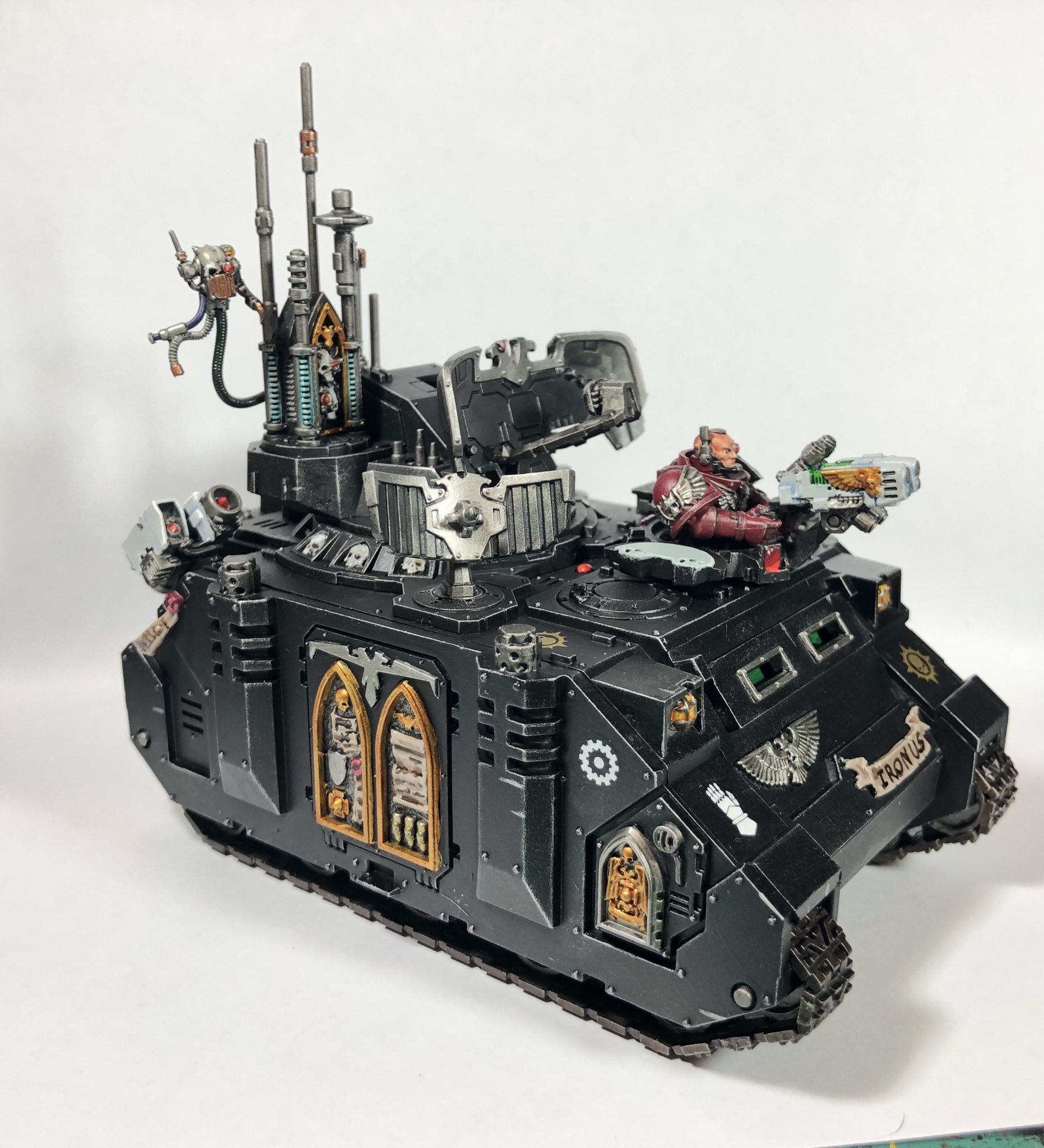 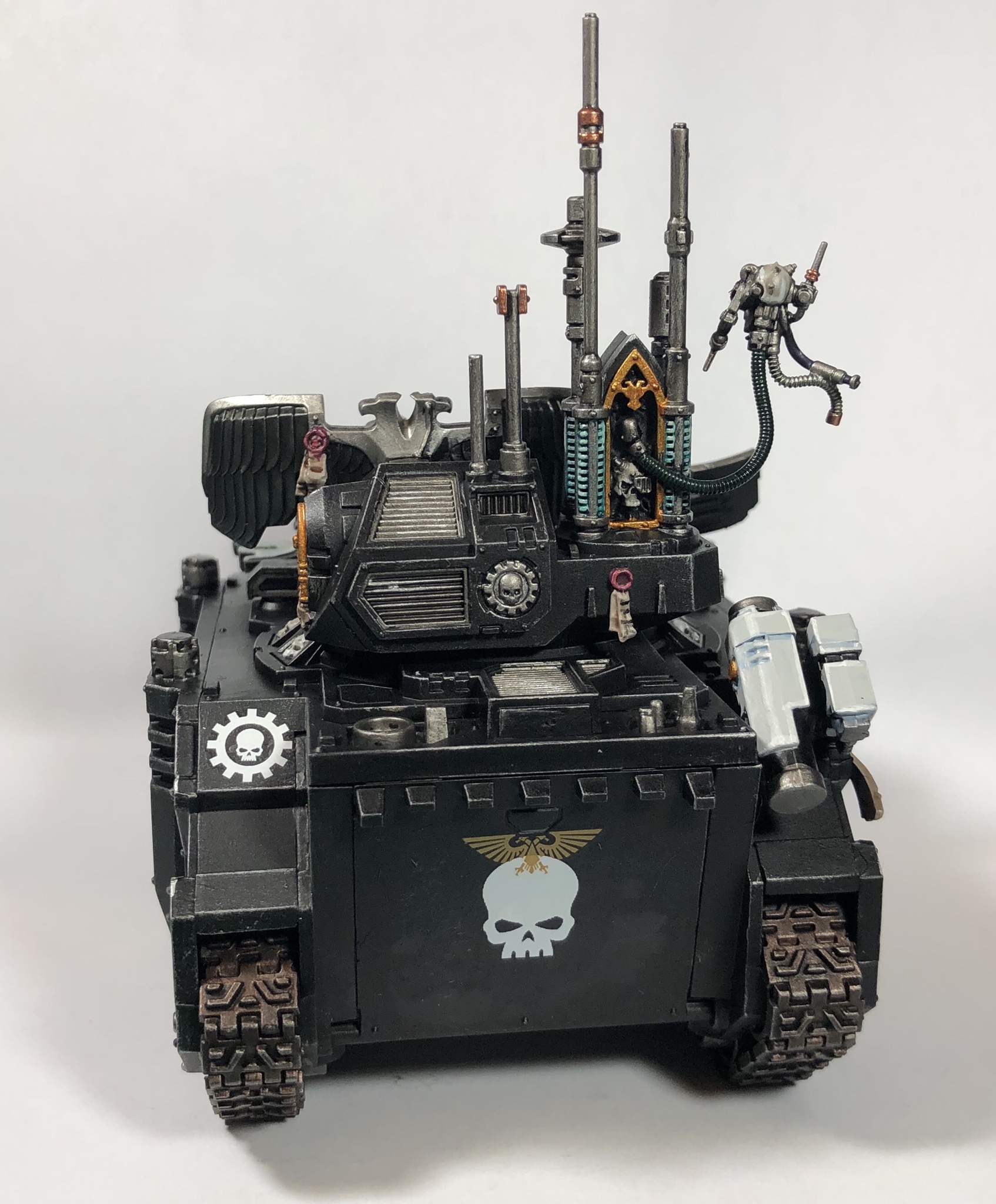 As for the vow itself, as per my post in the event thread, I'm doing just over 1,500 points, consisting of: 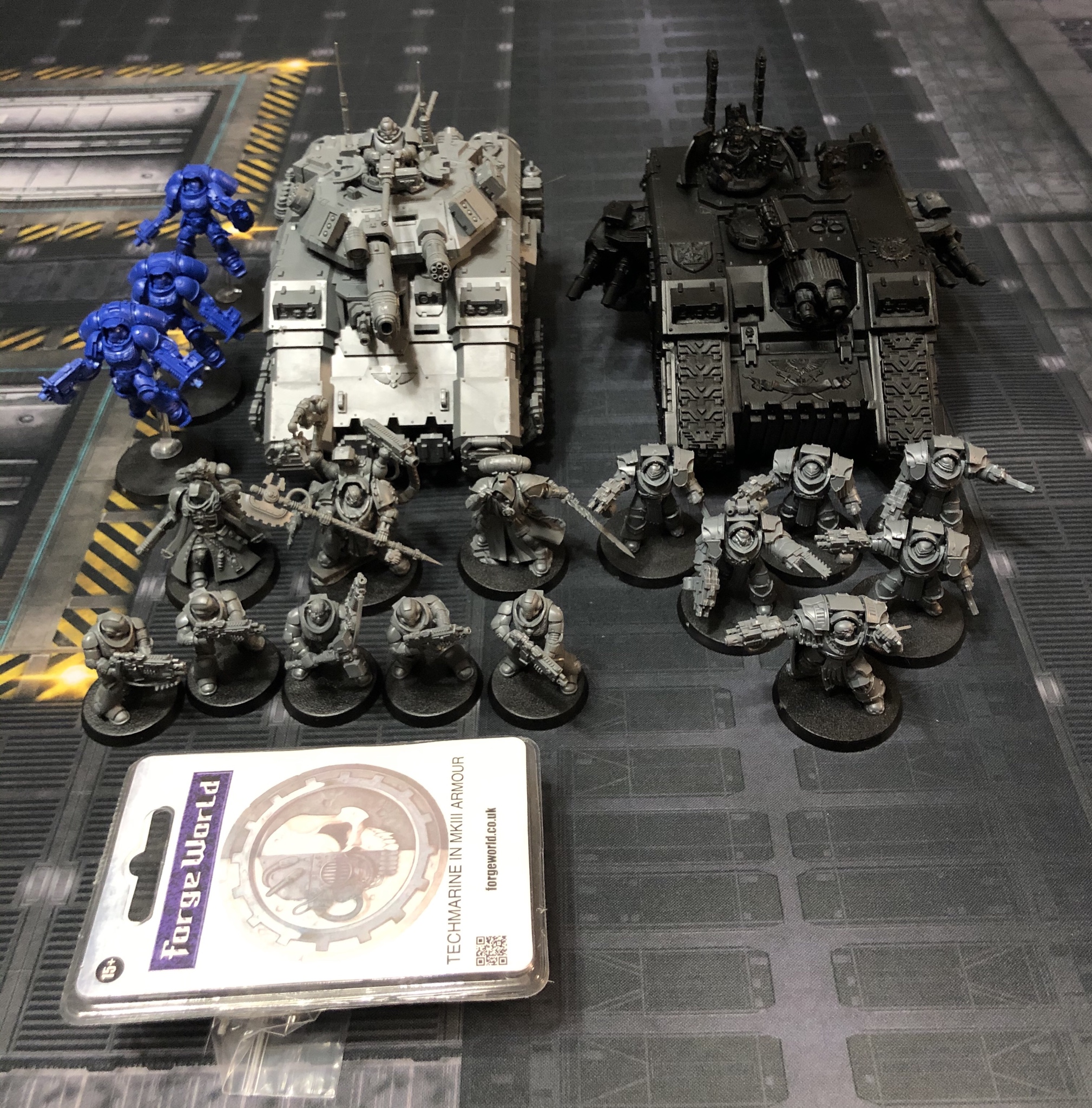 And we are away with the Land Raider Excelsior! 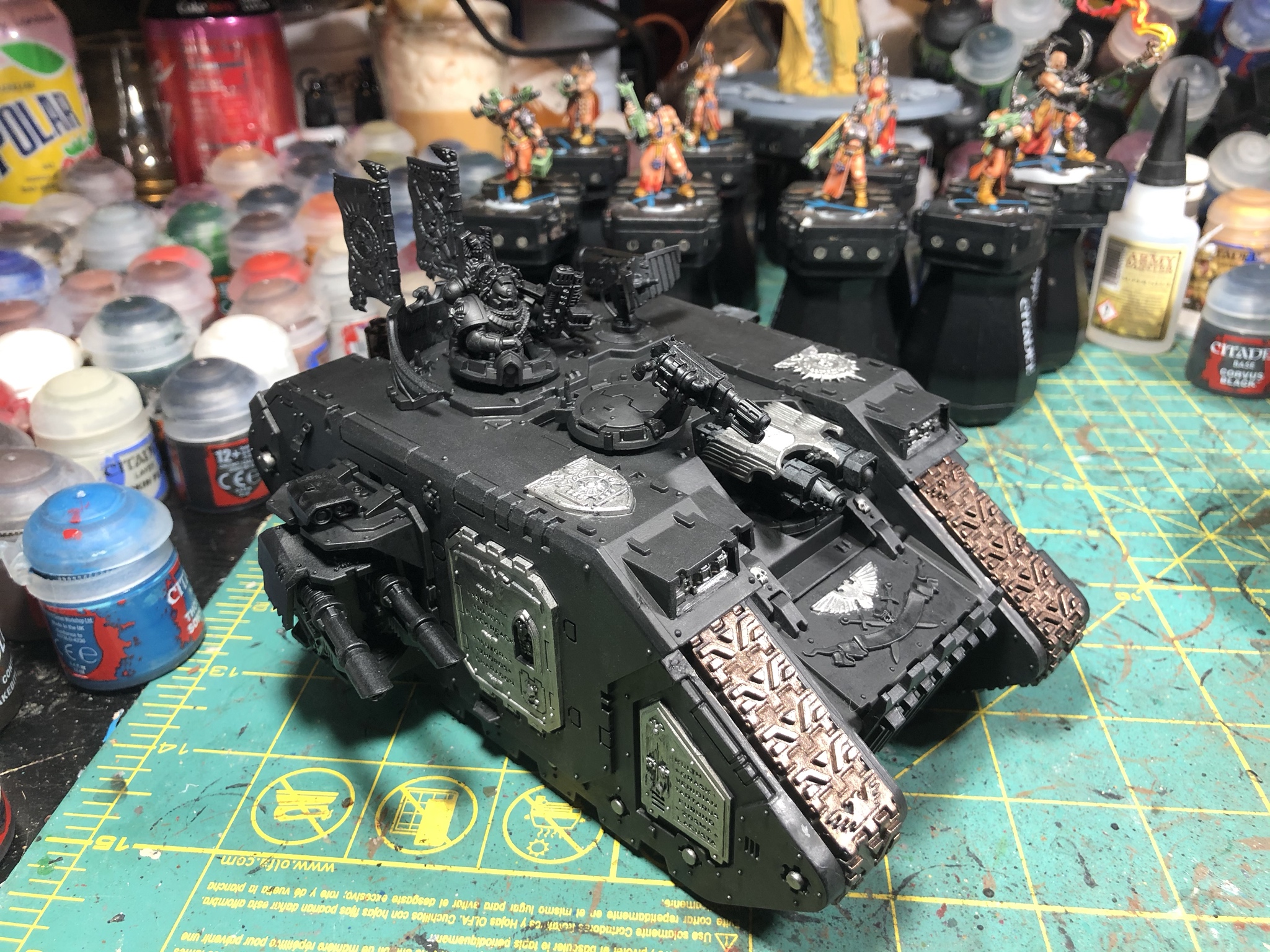 Land Raider Excelsior ready to catch the drybrush next: 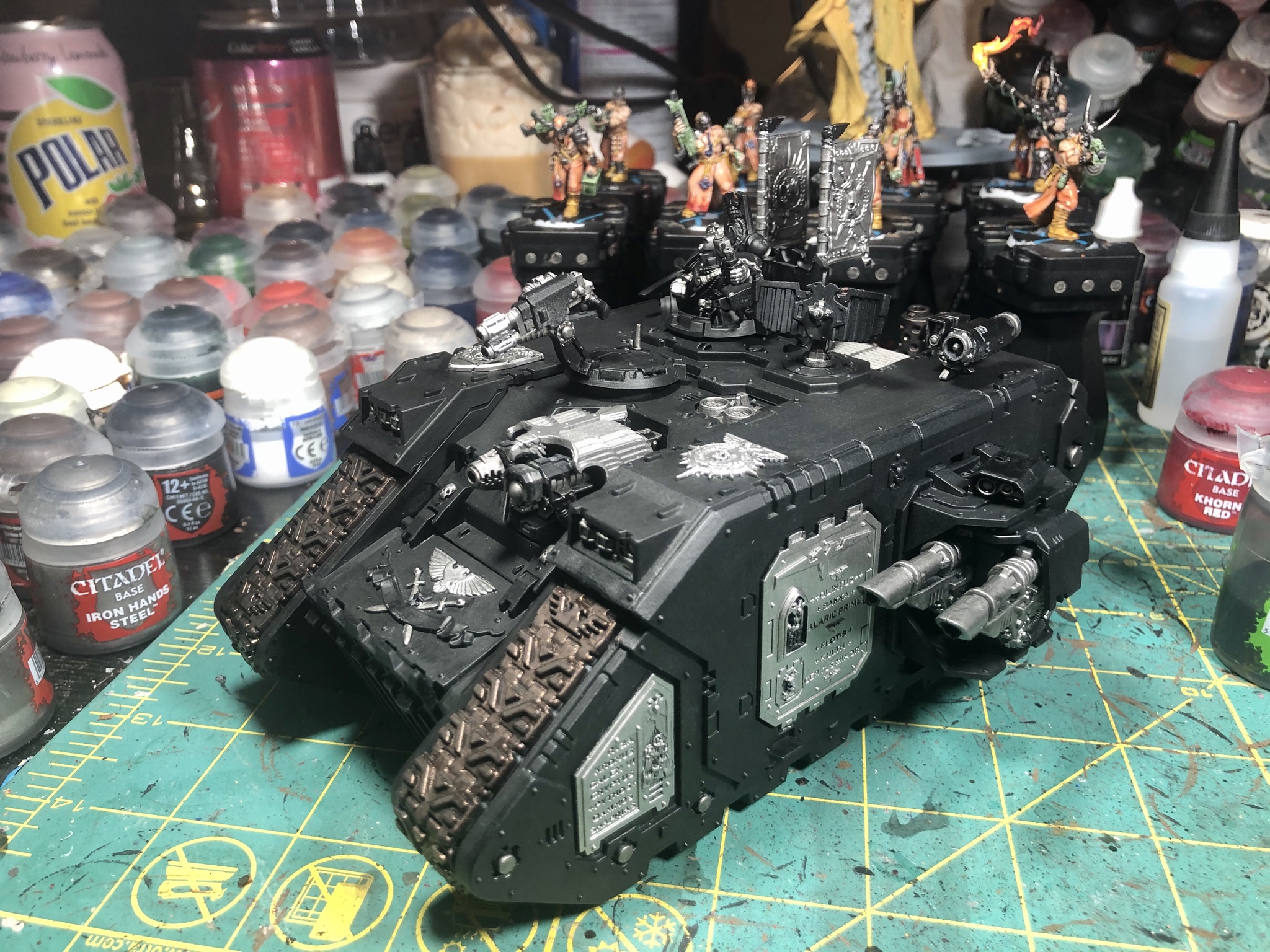 Makes me want to get to my command tanks! Keep up the progress

Makes me want to get to my command tanks! Keep up the progress

I'll definitely be taking another look at mine now that they have a use post-FAQ!

I'm knocking out the command tanks in part because I'm aiming to get the things I picked up at LVO knocked out sooner rather than later. Next month is going to be the Astraeus!

Shame about that CHARACTER keyword on the Excelsior going away though. Still gonna be fun to stuff it full of Cataphractii.

Excellent work on the models. You do Manus proud. 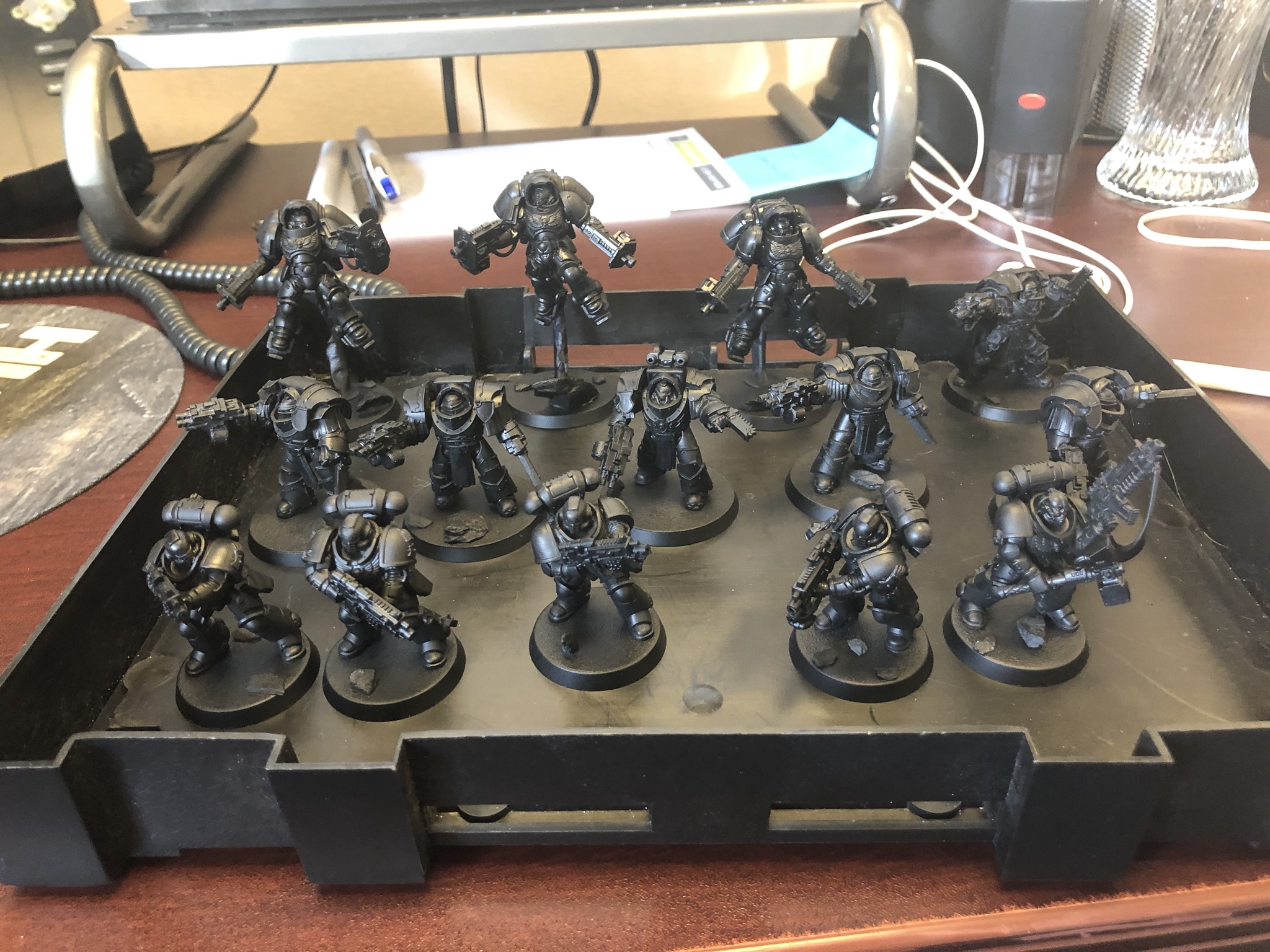 Drybrushed the hull and filling in spot colors on the LRE, slapping some painting on the Phobos Libby and the Techmarine. 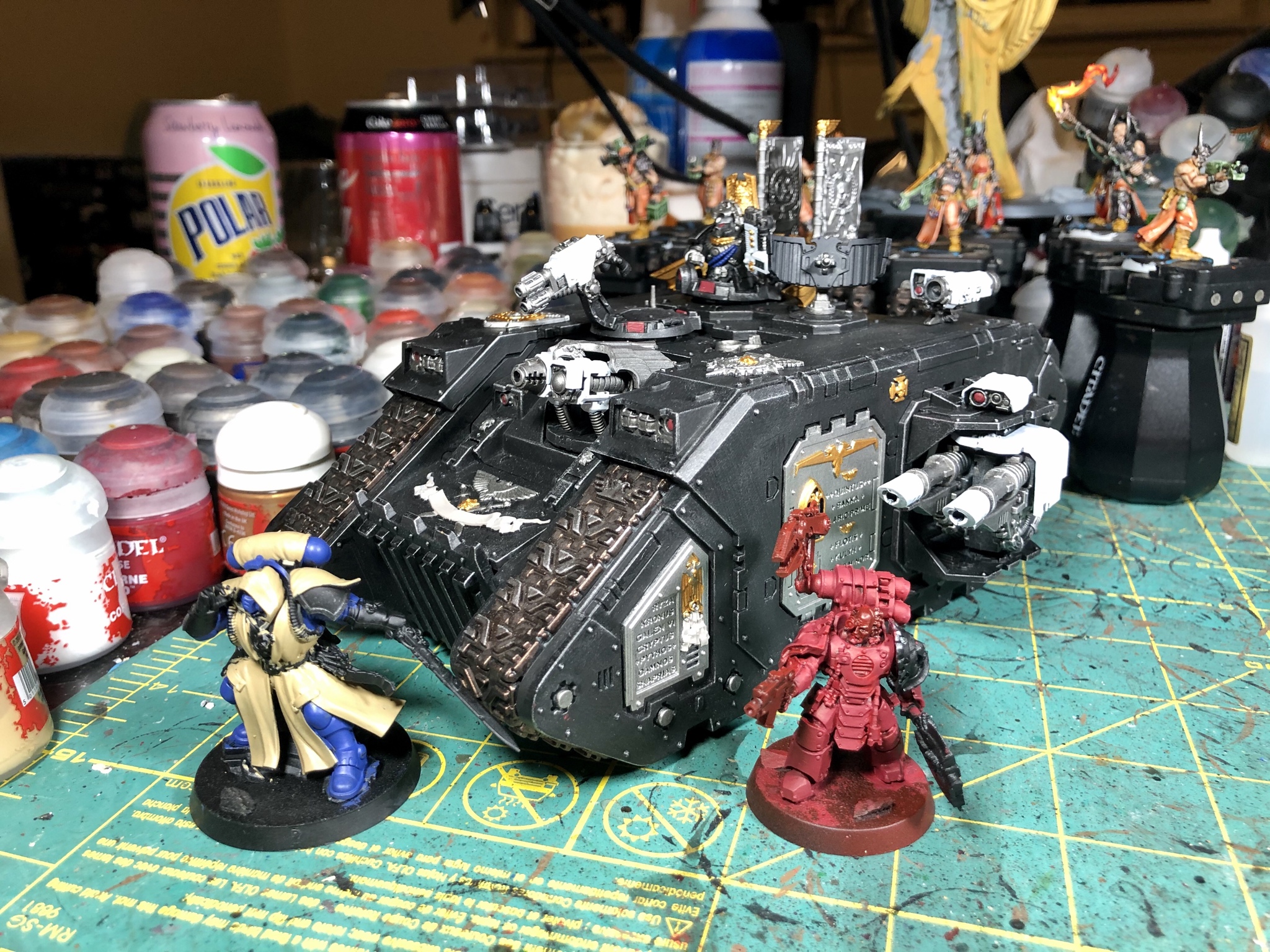 Corax White paint is the business. 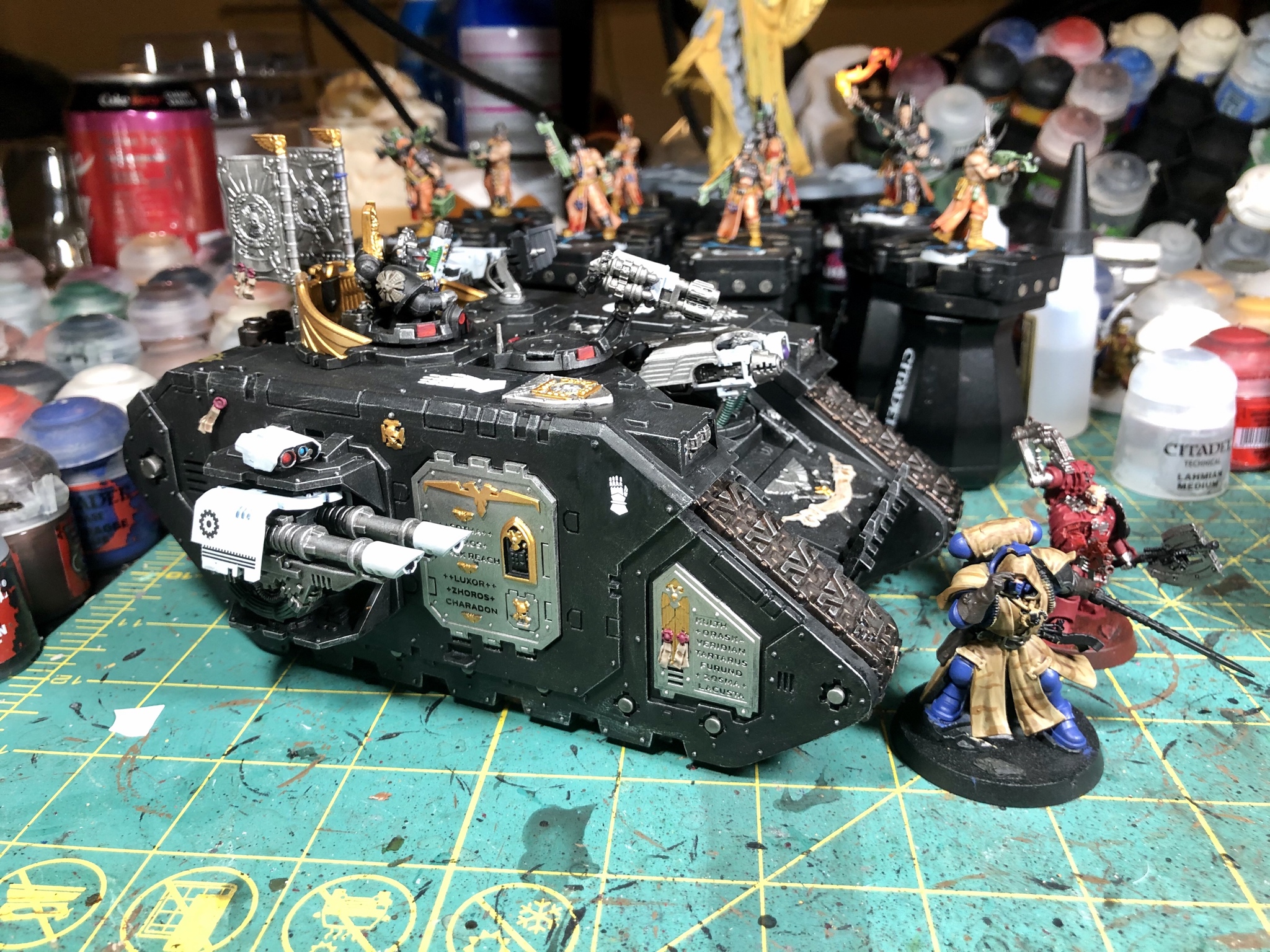 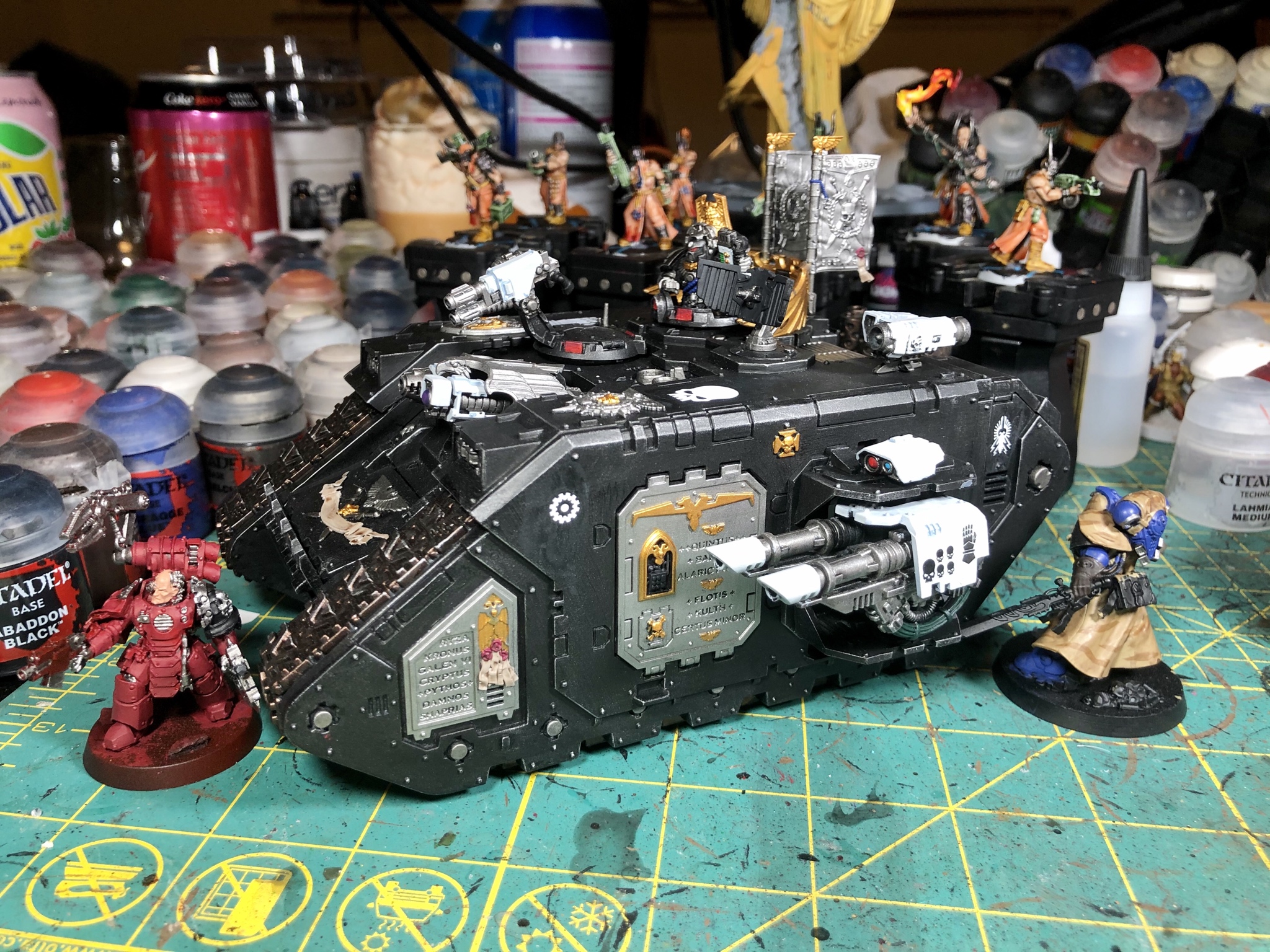 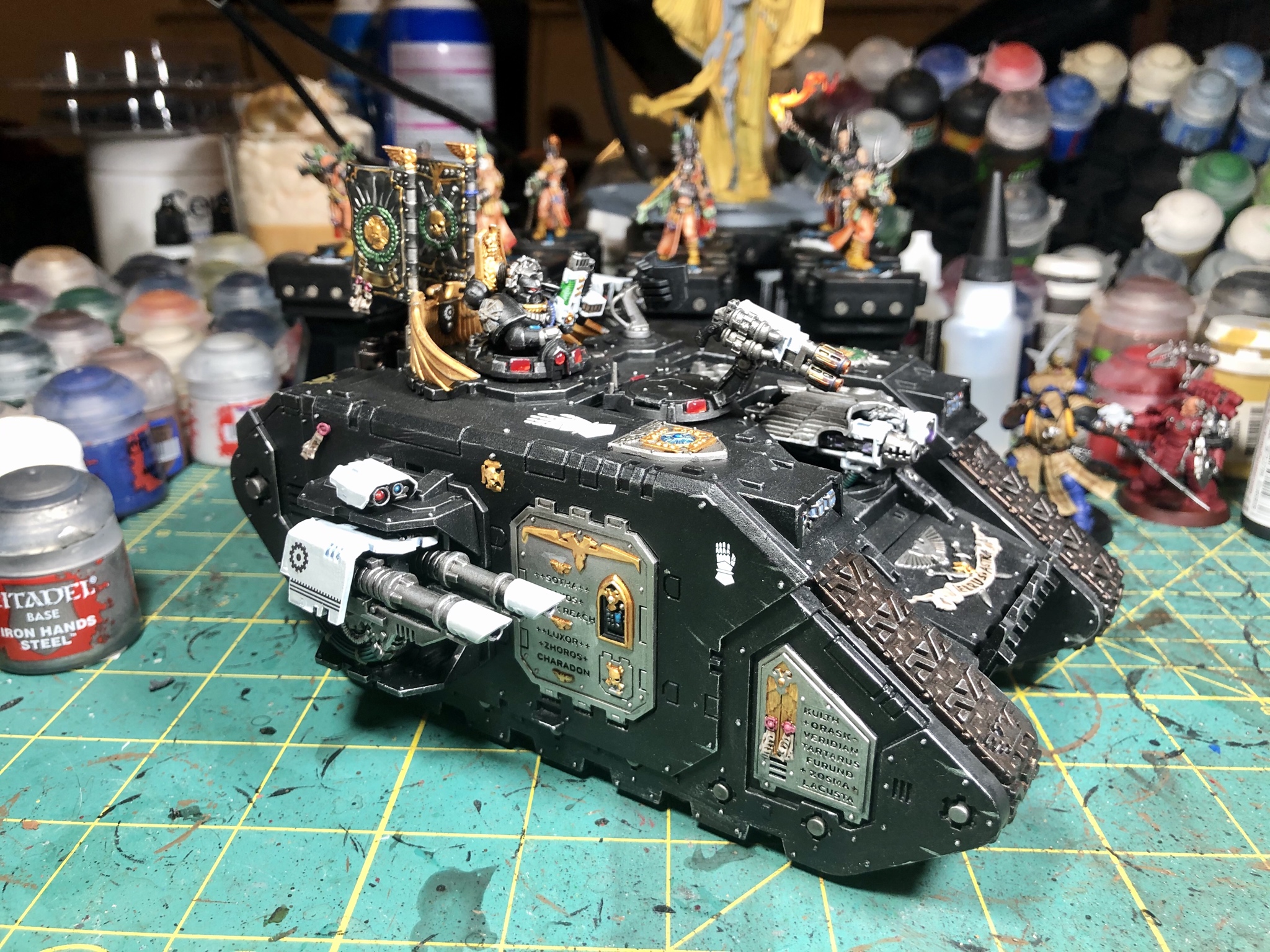 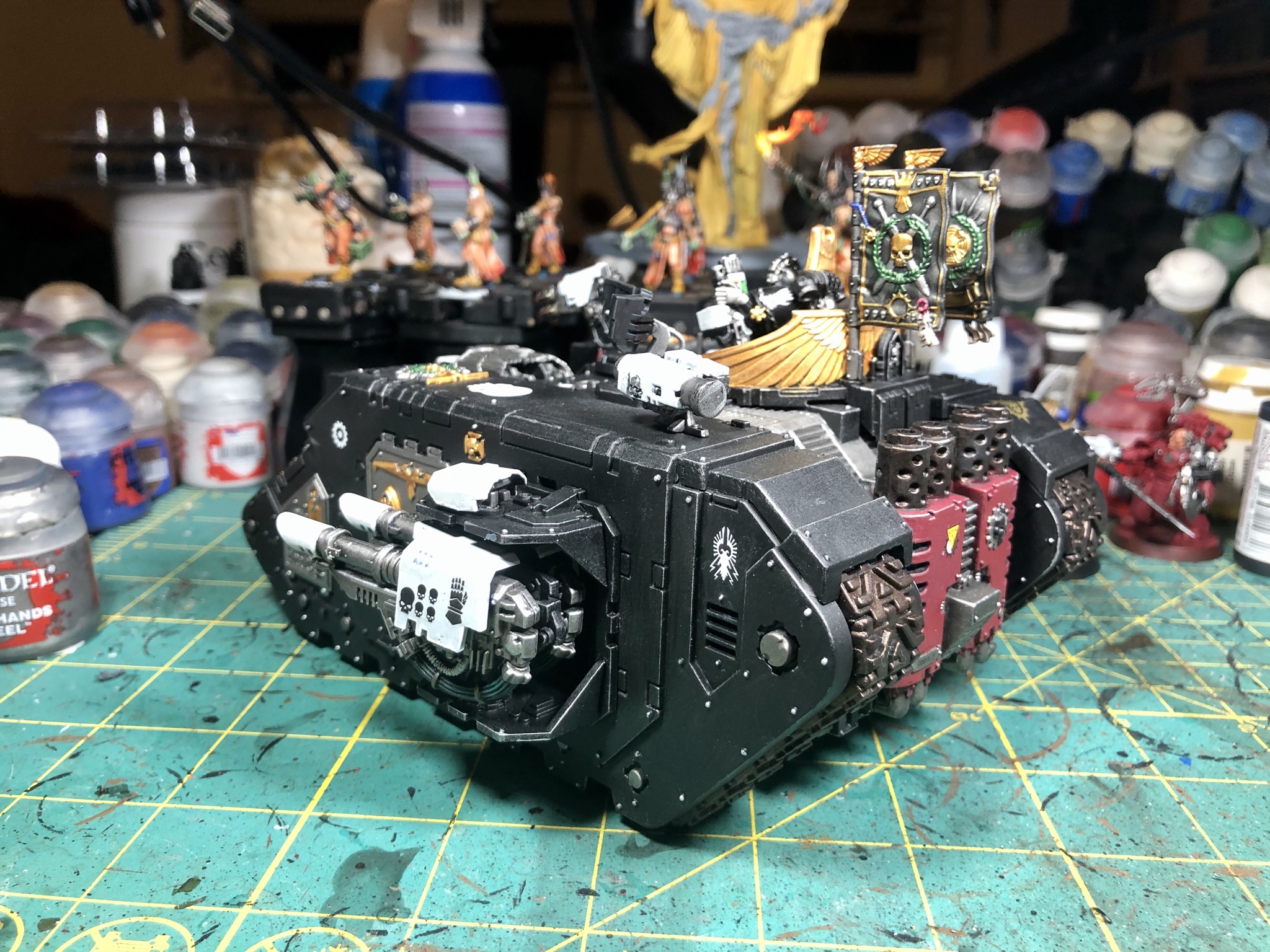 And calling it a night on these two: 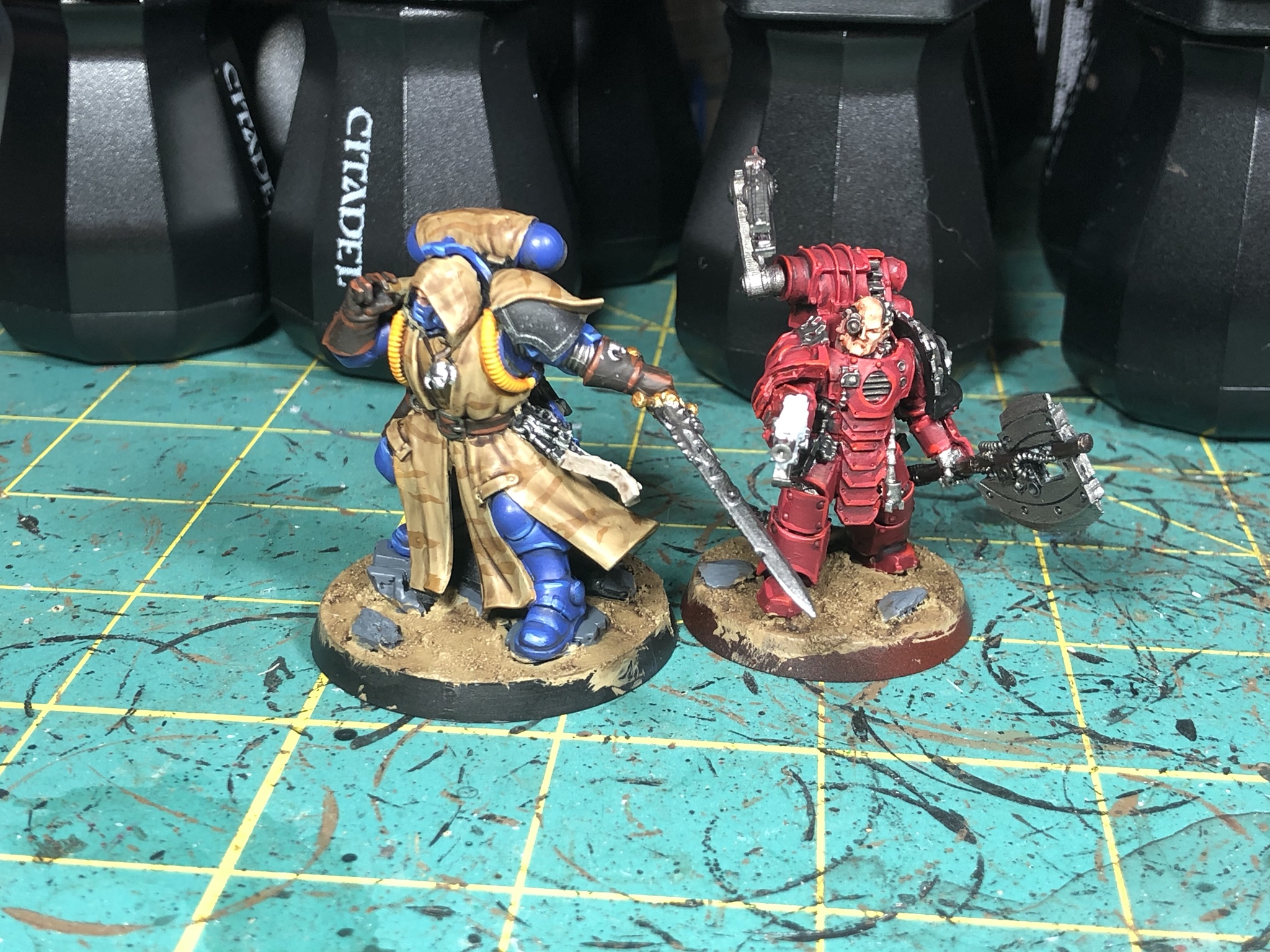 And they are done (bringing the total completed to 479 points): 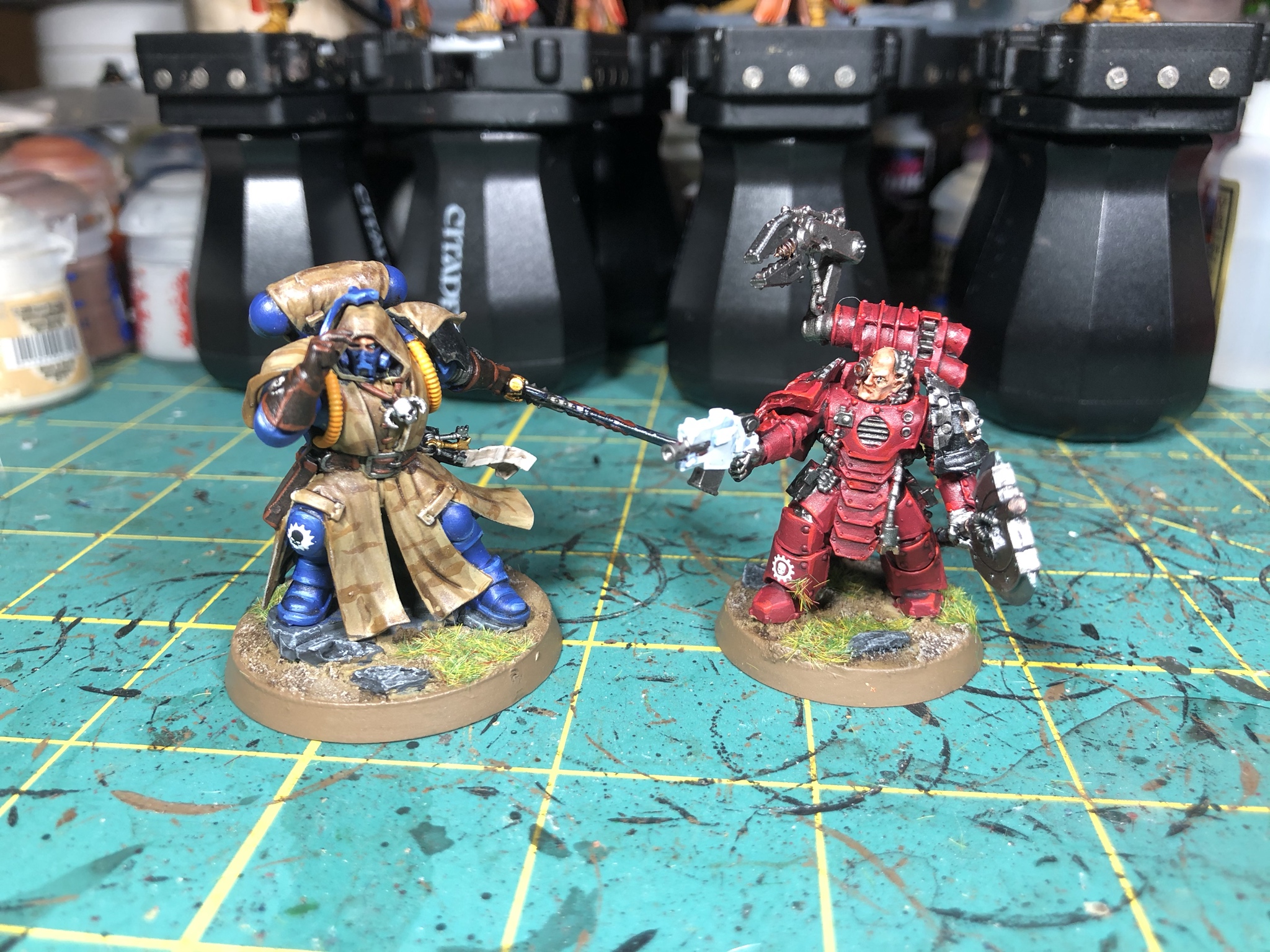 On to the Repulsor Executioner! 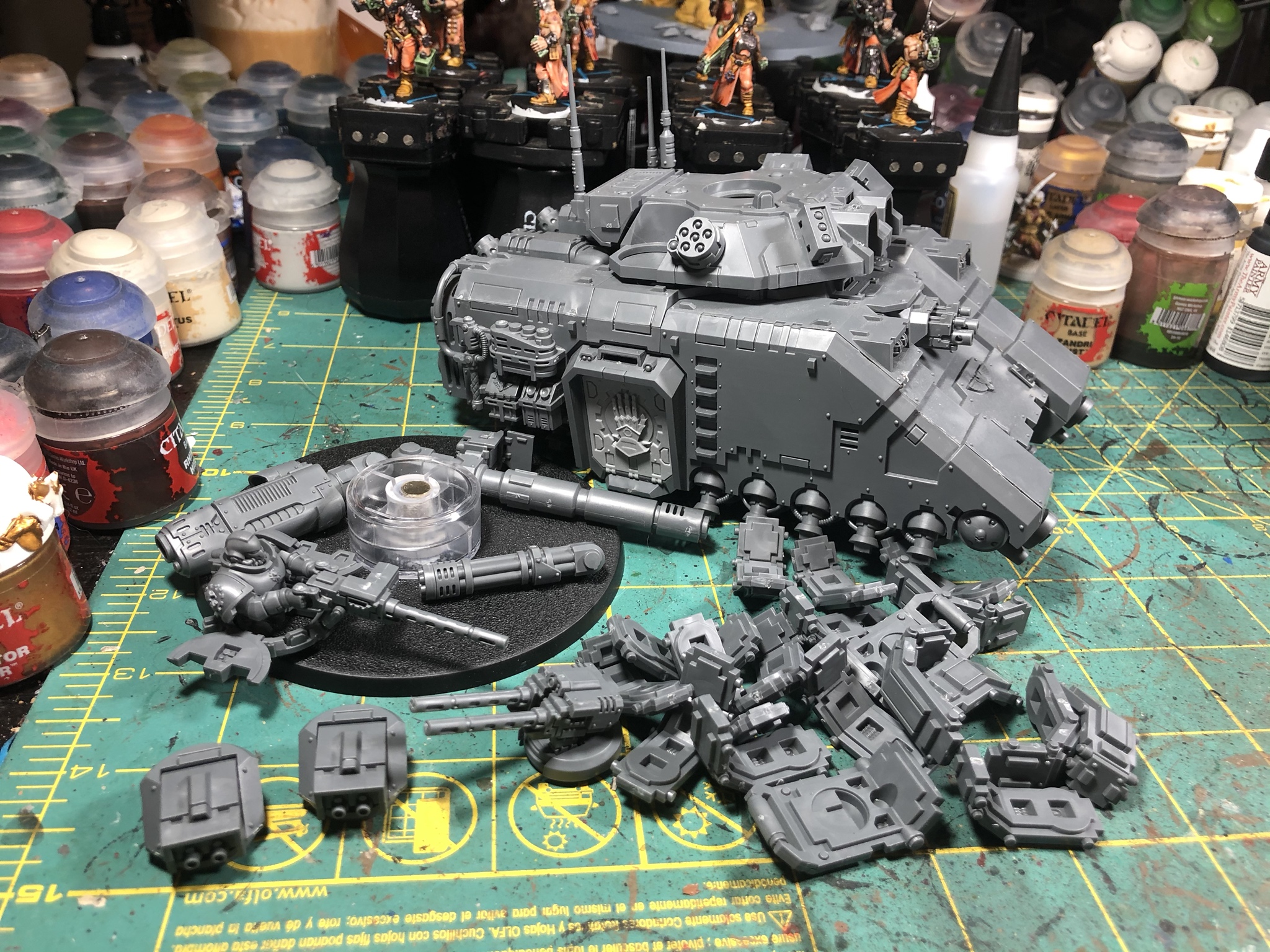 Calling a night, next step is the drybrushing the hull and metals. 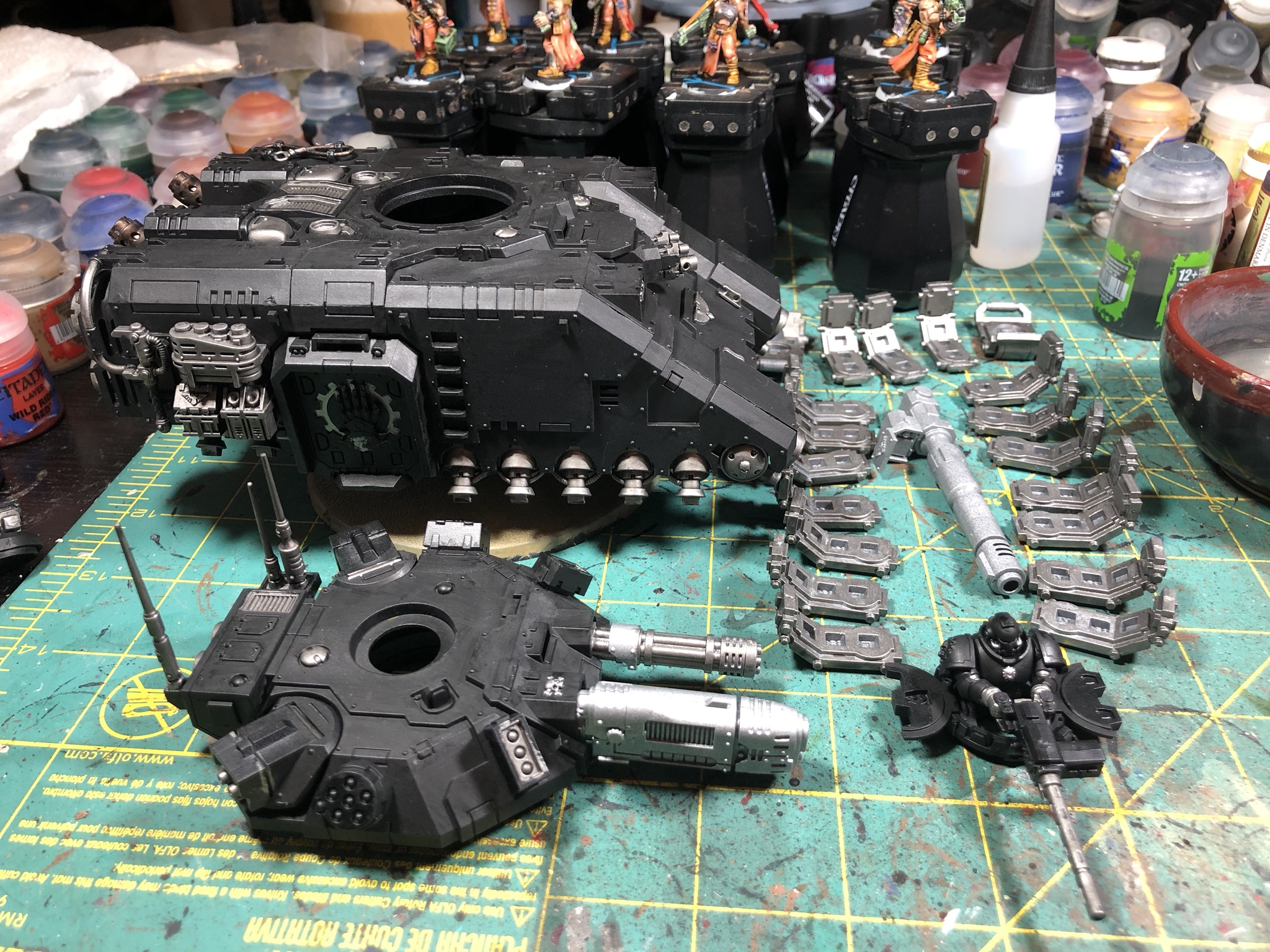 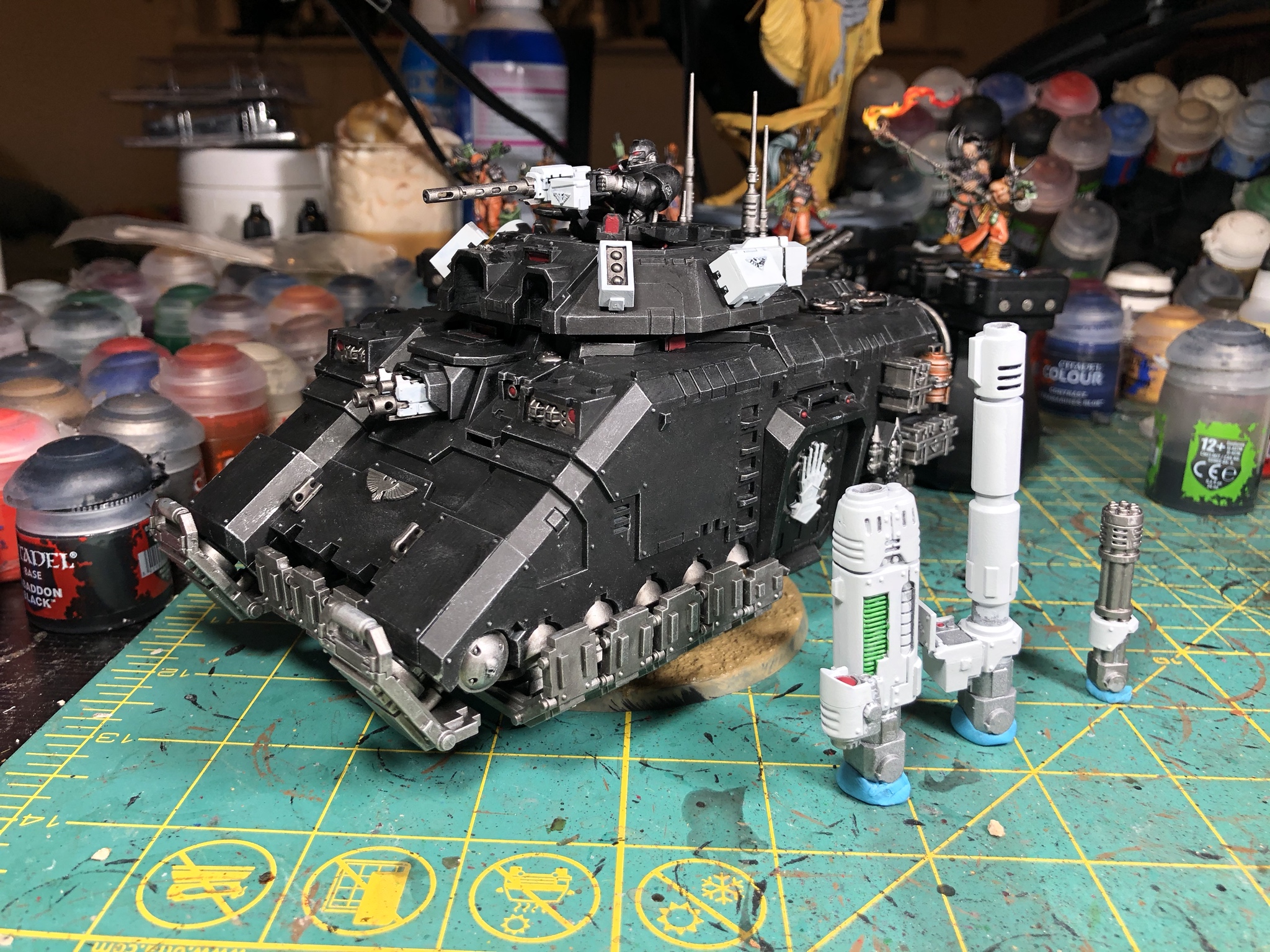 The Repulsor Executioner looks most promising.

Should be able to polish it off tomorrow night: 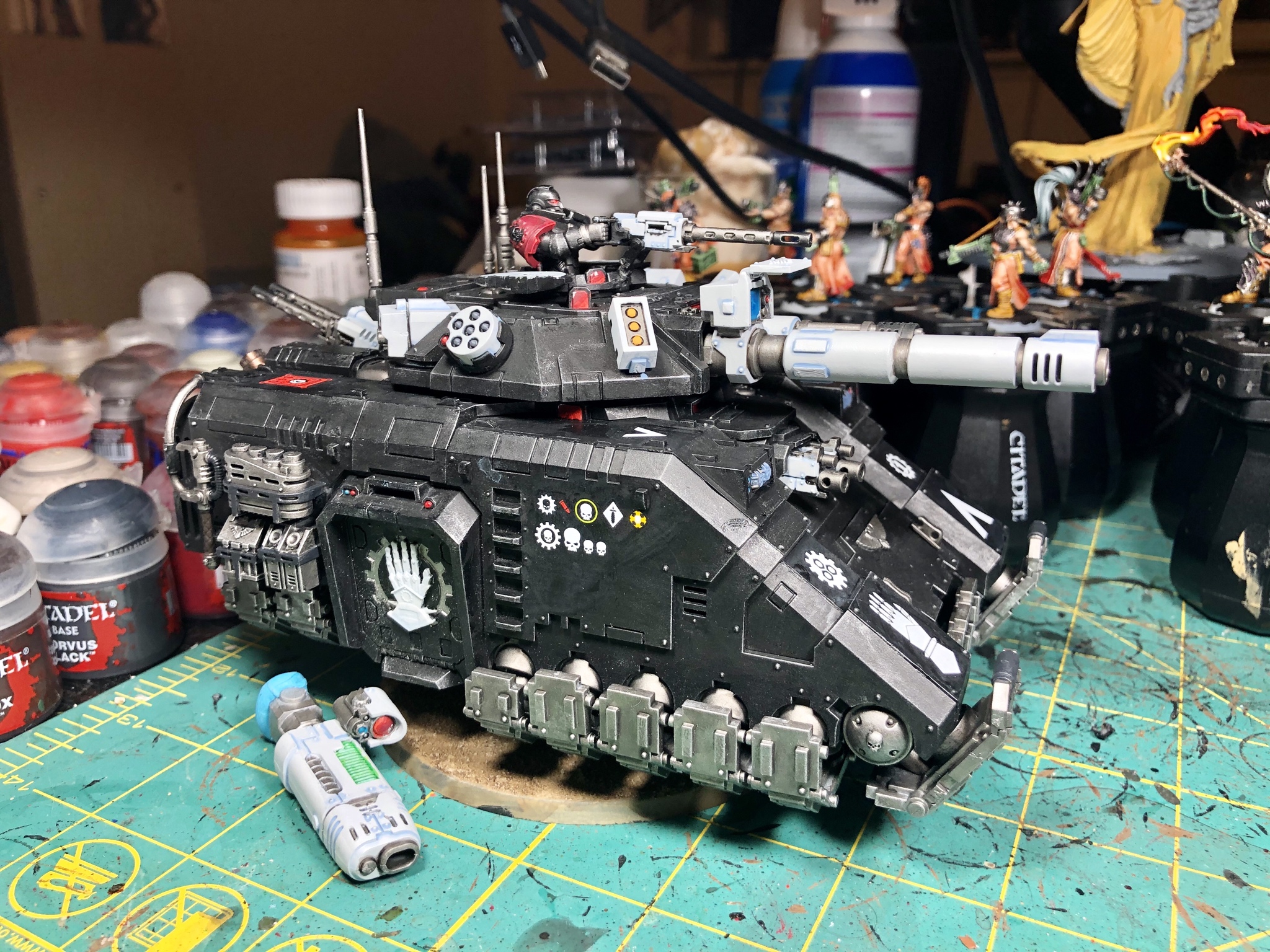 I commend your modeling, painting, and detailing skills.

Thank you! The secret is long years of practice and knowing how to make good look like it's great