Nurgle's touch on the planet has given me the opportunity to start the custom Space Chapter I've been planning for a while, so I've decided to chart my progress to keep me motivated and to get feedback!
The aim of the army is to take it back to old school. Mini marines only (for now) and lots of bolter and chainsword goodness. The army will focus around a core of Tactical and Devastator squads, with the support of bikes, tanks, and lots of custom characters. Once I'm at demi-company strength I'll start introducing some of the Chapter command - I have big plans! I'm a sucker for chaplains so expect to see a few of them popping up regularly!
When I'm not working on the models I'll be working on fluff to grow the background alongside the army.

This is the scheme I'm going for... yes I like a challenge! Having painted a lot of Flesh Tearers and Deathwatch I wanted to paint with a brighter palette. 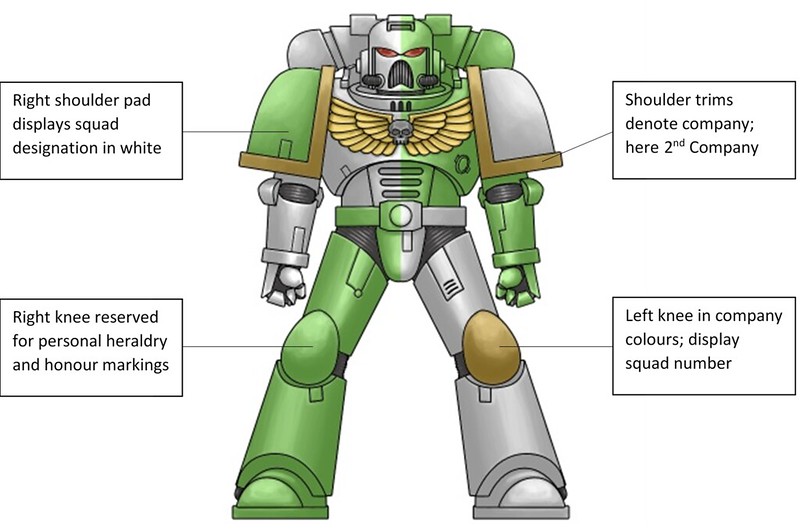 The Chapter symbol will be a gold eagle's head surrounded by a green wreath, and hopefully I'll be printing some custom transfers.

The chapter has a system for crest direction and colouration which I'll be expanding and sharing in due course.

This is a test model I did for the chapter 2 years ago - I have since learnt to thin my paints... 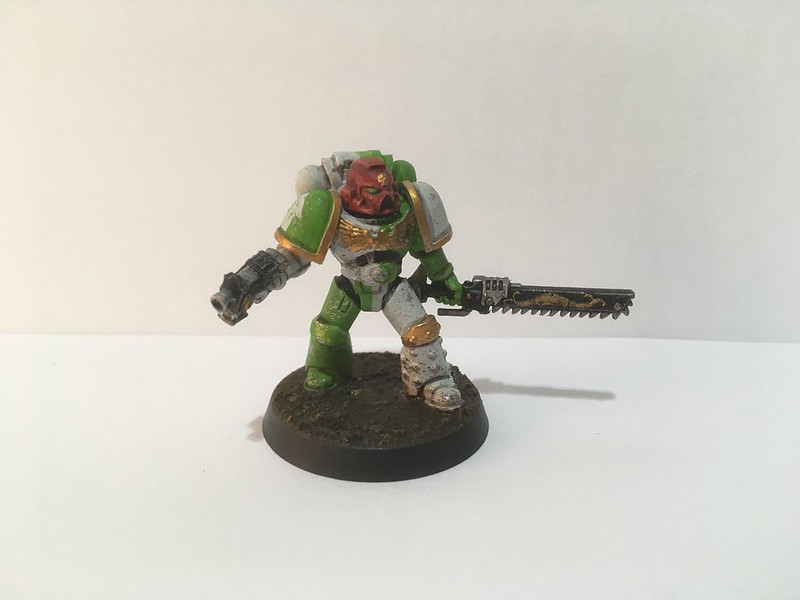 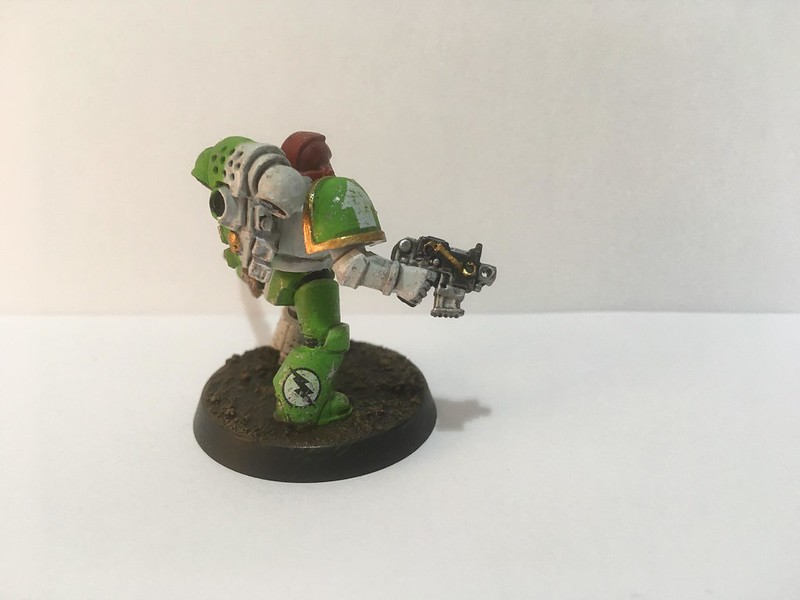 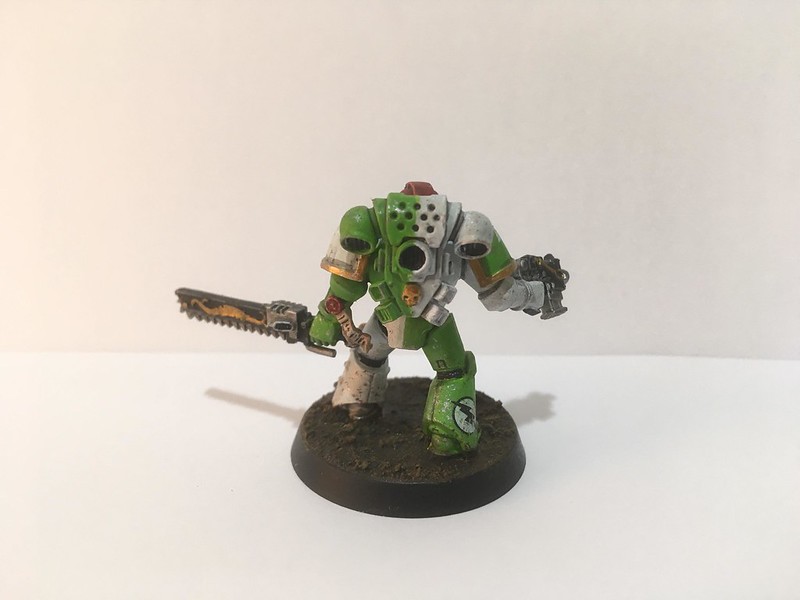 Note the yellow wing on right knee, awarded for showing 'Outstanding Valour in service to the 2nd Company'.

I'm considering going for yellow trims rather than gold to be more old school, but do like the look of gold.

I'm also considering making the campaign badge on his right greave common throughout the army. Would be great to hear some thoughts on this. Maybe just limited to sergeants?

In an attempt to play with a fully painted army I'll be building the force in phases, and only buy the next phase of models once the previous is completed! Good intentions, we'll see how long it lasts

The first phase will consist of:
Lieutenant

And a Terminator Chaplain as a reward!

Converted from the Space Marine Heroes sergeant with an added master-crafted boltgun and crest for bling.
The lieutenant will be leading the demi-company, though I'll eventully add a chaplain to support him (have I mentioned I like chaplains? 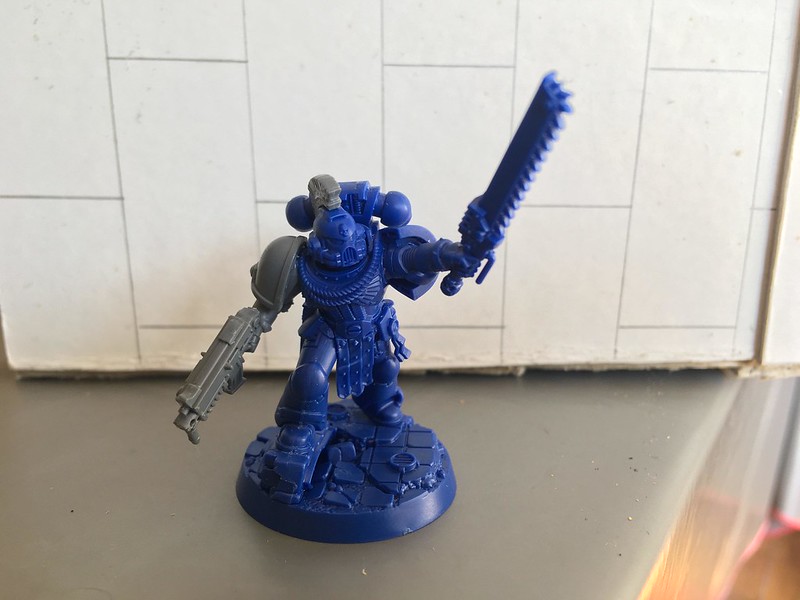 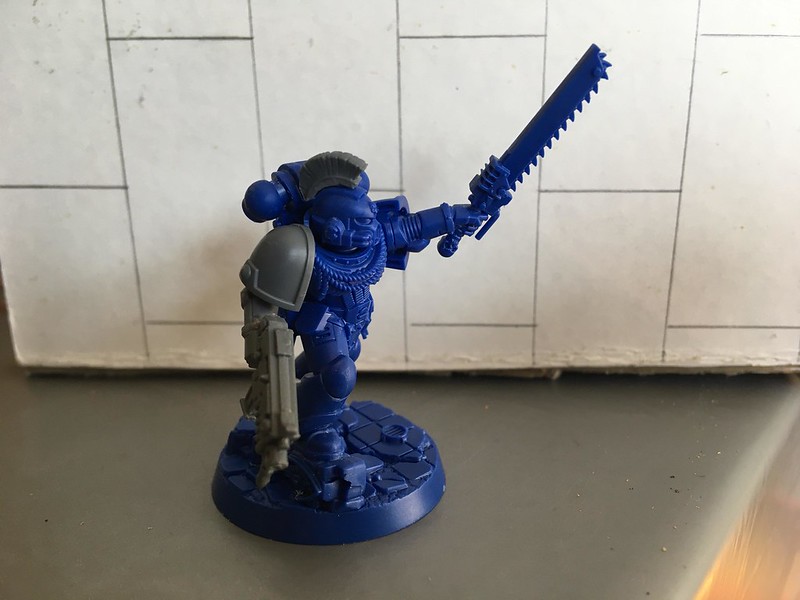 Devs and a box of tactical marines should be arriving today so hopefully I'll be able to crack on and get these units built! I look forward to sharing more!

I like it! Can’t wait to see the finished result.

'Show me one who mocks the Harlequins as Clowns, and I shall show you a corpse in the making'

I have finally completed the design for the chapter symbol! 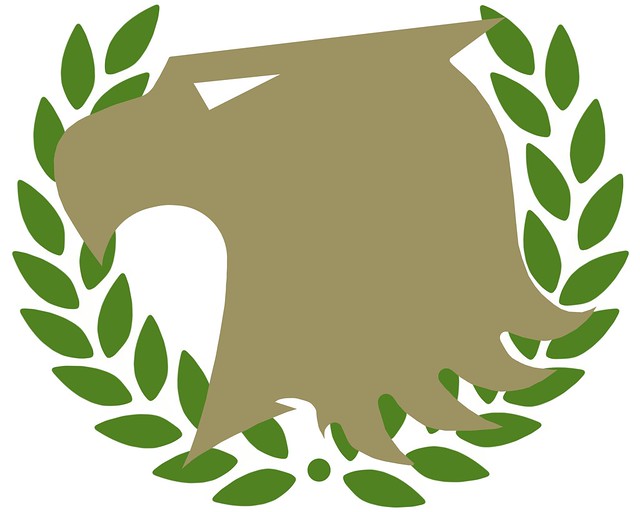 I'll now begin the process of scaling this to fit various shoulder pads and vehicles etc. so that I can print a big custom transfers sheet. I'm also considering making a custom campaign badge I can adorn my army with, in a slightly smaller scale to the one I used on my test model. Just need to do some research and come up with a simple yet relevant design for my chapter. I'm also considering creating some honour markings/personal heraldry for characters. I've never printed transfers before so this is a fun new skill to learn!

Here's a quick test print tacked to my test mini - the real thing will be larger and printed in higher quality, but I am pleased with the result. 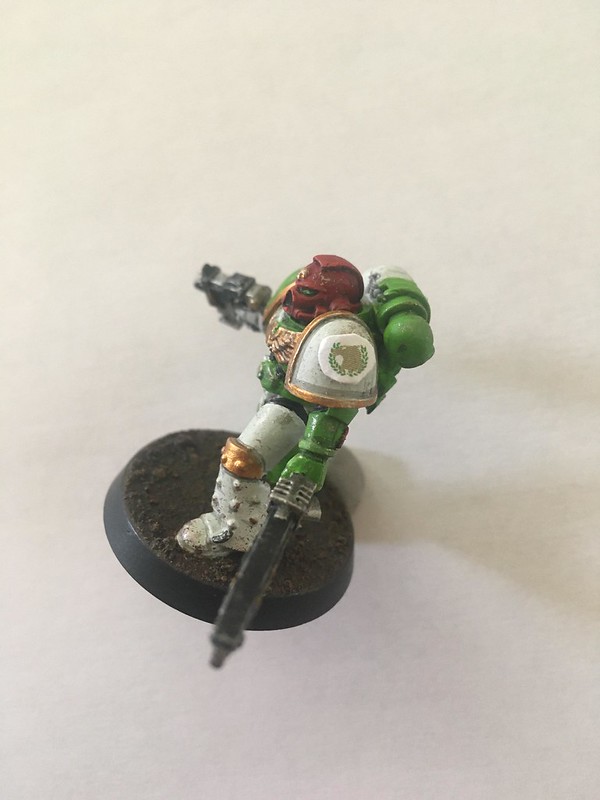 also a gravcannon, lascannon, and a heavy bolter dude, but hopefully I'll have a tac squad built by sundown.

Good job on the Chapter symbol. The test model is competently done.

I like the chapter symbol but make it bigger.  Looking good.

Thanks both! Had a few issues with the transfer sheet but it should be ready to print soon.

Meanwhile, I finished and base coated the first tactical squad. Weapons have been kept seperate where necessary to help with the quartering. I enjoy building tactical marines and try to give each one a bit of individuality.

Sergeant and heavy bolter dude, ready to lay down some fire: 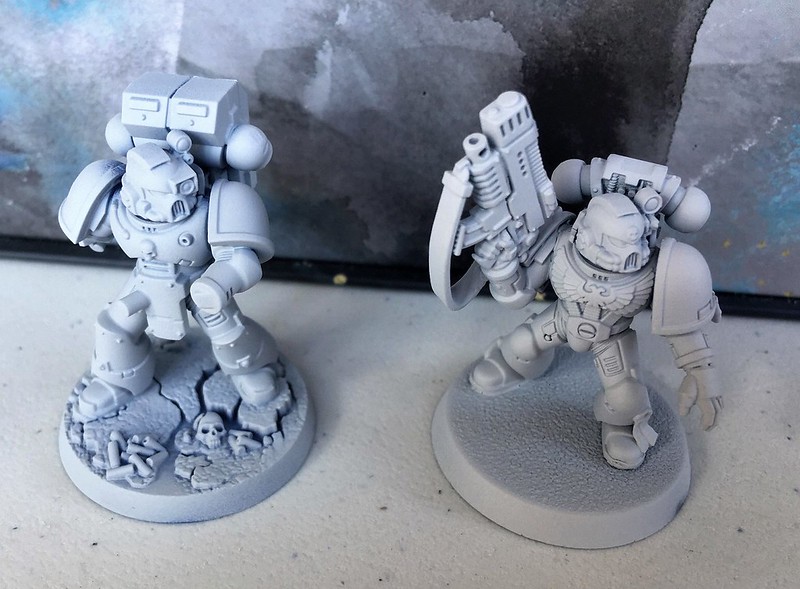 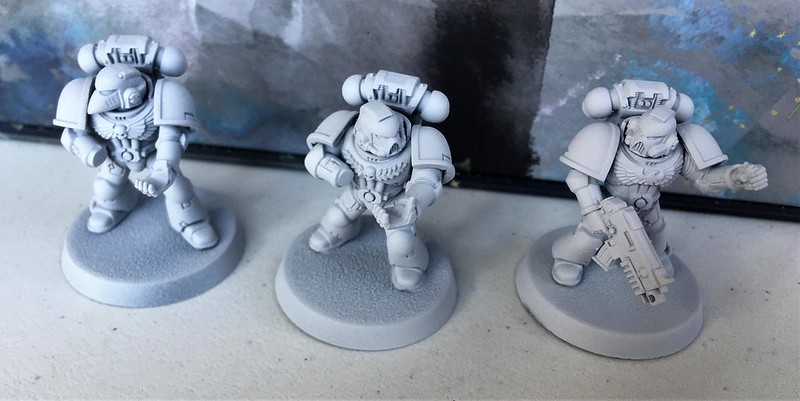 I also undercoated the lieutenant, but the paint wasn't shaken properly or something as now he looks like a blobby snowman... so he'll be stripped alongside 5 resin sternguard I have. Then it's onto the devastators!

Also tagged with one or more of these keywords: space marines, mini marines, wip