Unit of the Week: Dire Avengers 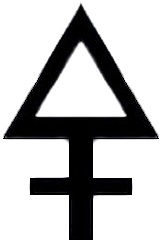 What are you thoughts here folks? How best would you use Dire Avengers?Over to you. 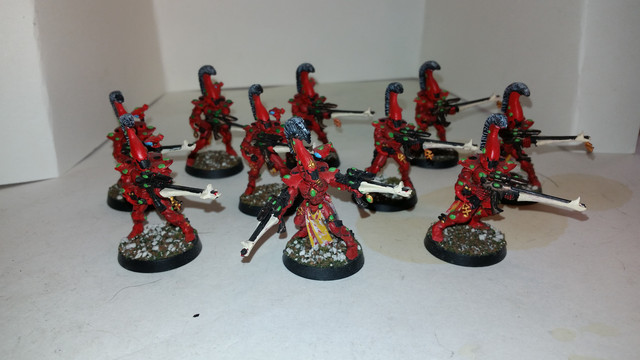 I probably have the least value to add about these guys. Unfortunately I think Eldar troops are really a bottom level unit and these guys are probably in the lower half of that bottom tier in my armies.

For the price, they aren't horrible but like all troops they are super duper flimsy and while they don't have the range of the Rangers, nor the flexibility of the Guardians, they are a gap filler.

I have used them best as a small, cheap squad. The Exarch powers were enhanced by Psychic Awakening: Bladestorm is an easy choice for me. Getting a larger squad (more than 5-6 models) starts to make 'Avenging Strikes' more interesting, however you can have moral issues as a result. Avenging Strikes does need to trigger on a death so I make sure to have these guys in a vehicle, and bait that vehicle forward, and hope it gets killed off and one or two Dire Avengers go down with it, triggering Avenging Strikes (+1 to hit, +1 to Wound).

A lot of the other powers are mediocre, or only help the Exarch. So at the end of the day I'm only using these guys to finish wounds off of larger targets, perhaps running and gunning to an objective.

Battalion troop tax. Depends on how much CP is wanted. Hate to say that but every list I see has 3 5man inits, tax.

That said, if you're going to use these nifty little troops and do anything with them, 10 man units are a must. Cover if possible and use them to sit on objectives while using stronger units to keep enemy units busy and away from them. Their weapons are average but the magic roll of 6 is a bonus for them. They are fragile but in numbers can be overwhelming when used with buffs.

I often run 8-10 man squads in Wave Serpents and run them as a layered defense. The Serpents form the outer layer of this defense with tougher units like Wraithlords forming the next layer and my shooty units like Reapers, Fire Prisms etc forming the core. This setup works well either when castled up in defense or advancing to take objectives.

The Wave Serpents are intended to bear the brunt of the enemy attack. Between their serpent fields and either -1 to-Hit (Alaitoc) or cover saves (custom craftworld trait), they are pretty durable. It helps that the meta seems to favour 2D and 3D weapons at the moment as Serpent fields provide particularly effective protection here.

When the Serpents get charged or reach Dire Catapult range, they pull back (they can withdraw and still fire thanks to FLY) while the Avengers take objectives and/or shred nearby enemy. I normally run Shimmershields to provide the Avengers a bit more durability. If they face tougher targets, the Wraithlords just behind can wade into melee to help them out. My shooty core continues to lay down fire while this active defense layer chews through the enemy.

I prefer Avengers for this role over Guardians as the extra range and durability makes them just a bit more reliable. I have had a lot of success with this basic army concept against everything from Nids to Grey Knights. While the Avengers are only one component, I find they are a reliable one. Rangers could not do the same job and Guardians (although cheaper) would not do it so well IMHO.

I usually take a five man squad to camp a home base objective and help zone out DS.

I really don’t use them for much more than that as they are effective and cheap for achieving that.

I should look to make better use of them , maybe with asurmen if I ever get him .

One thing I have not really experimented with yet are the new Exarch Powers from Psychic Awakening. Anyone have much experience with these yet?

Bladestorm: Looks good on paper for larger squads of the kind I run. Exploding 6s are never a bad idea.

Defend: Does what it says on the tin. A little extra protection in melee but it really isn't where the Avengers really want to be most of the time.

Stand Firm: Maybe some use for large squads camping objectives.

Martial Adept: Only boosts the Exarch, seems too limited in my oppinion.

Shredding Fire: Works best on an MSU squad with a dual catapult Exarch. Changing 4 of the squad's shots to automatic AP-3 is pretty decent, particularly against MEQs.

Avenging Strikes: Interesting ability but situational. You need to allow the unit to be damaged but not destroyed. Could potentially be strong if you play a mechanised list or use webway strike to keep the Avengers out of harm in the early game and only bring them into play later on when they will not face overwhelming force.

What are other peoples' thoughts? Have I missed any hidden gems?

Bladestorm is (I think) the original Dire Avenger ability from way back when I used to play Eldar, so it was an easy choice to reuse that old trait.

Avenging Strikes I experimented with using larger squads in vehicles. The Avengers die so easily to low level shooting, or even the vehicle dying that it's pretty easy to get the ability to fire off.

My issue with it is if I can't get one to die in a vehicle death, then what happens is they don't have the ability and quite often they all just die in a turn of shooting afterwards.

At the end of the day I always use Bladestorm. But I feel it gives the best pay out on my small squads. People using larger squads are probably better off with something else.

Back to = CRAFTWORLD ELDAR =