80 replies to this topic

Is it just me or do Warlord carapace weapons look like they are overbalanced towards the front?

Thanks very much. I think it's just the angle in the photo, they're just mounted in the normal way 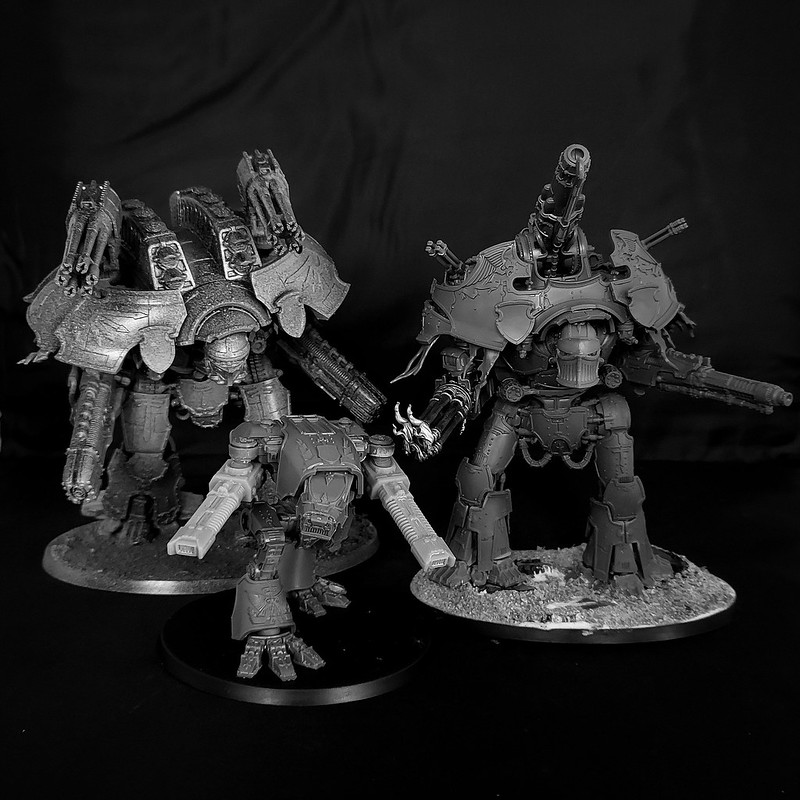 A Nemesis Warbringer and another Warhound join the legio.. yet to be named, and the hound has yet to be adorned with banners

Greetings all. It's been a while, but I've returned to my tiny titan project. 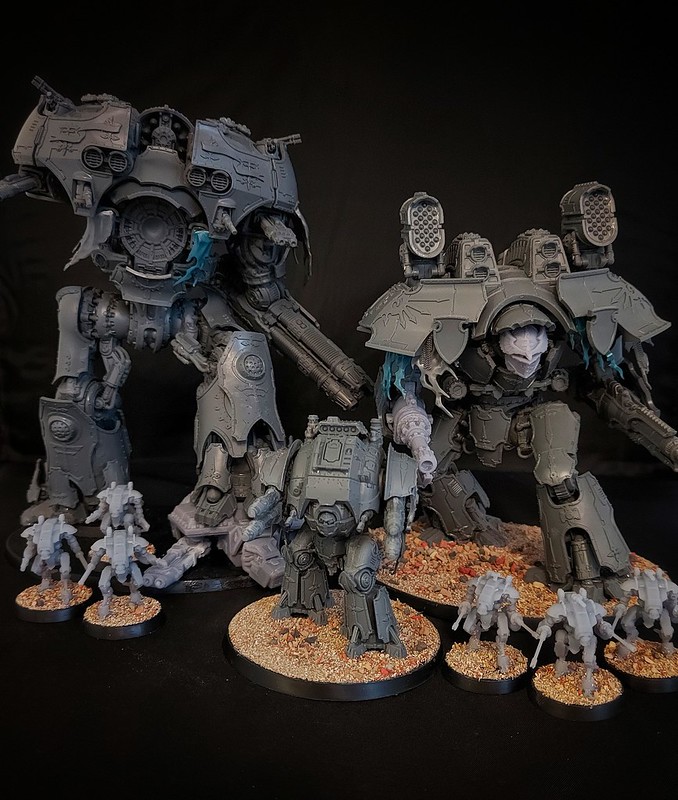 I've been building like a madman, I've posted to FB and IG but somehow forgot about this log here. 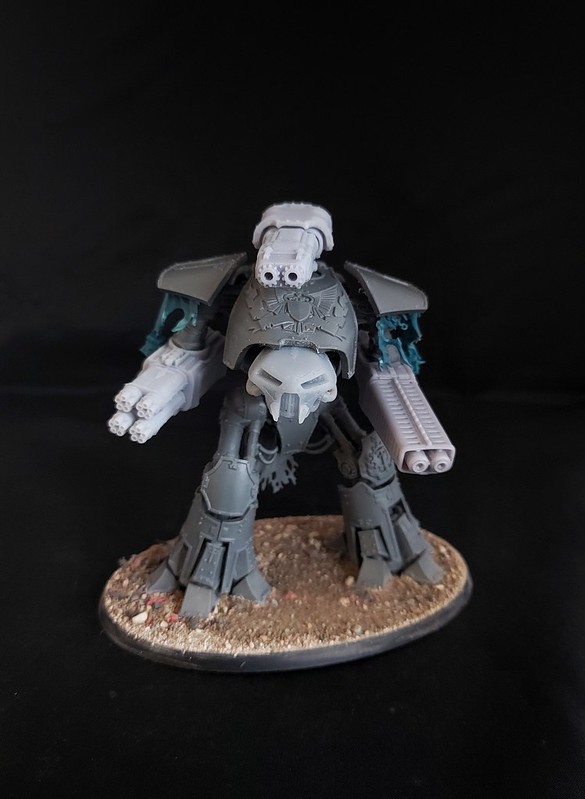 A new Reaver with a battlebling plasma and gatling blaster. I printed the head and melta gun. 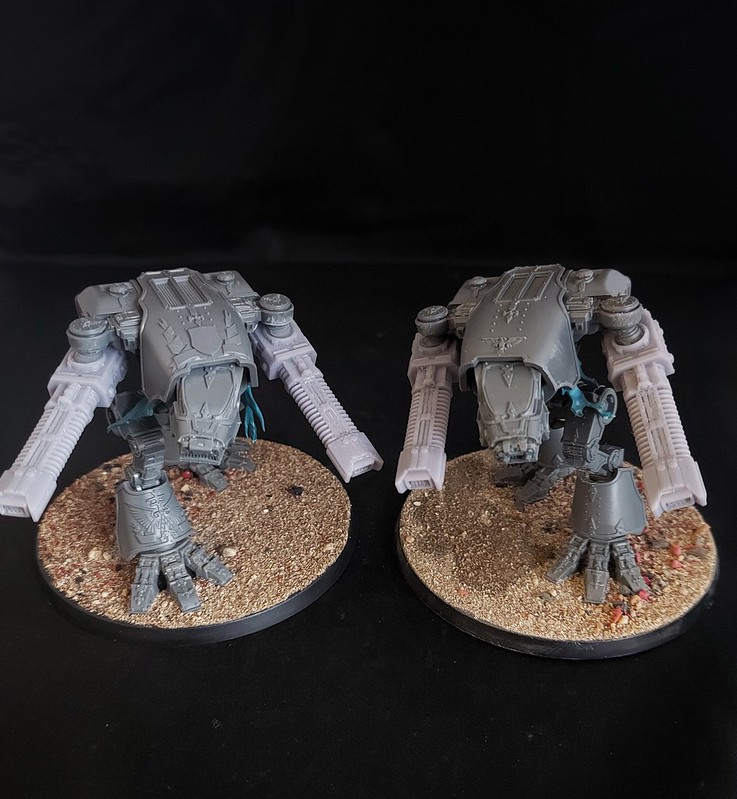 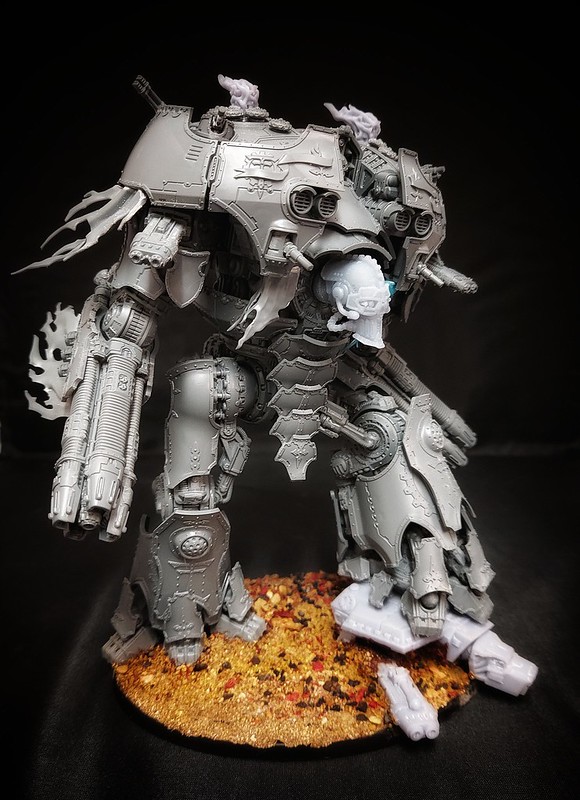 And my biggest engine to date. I'd had the warmaster sealed in his box since day of realease, I finally built him over the course of a couple of afternoons/evenings and wow, what a miniature. Extremely tempted to get another, and an Iconoclast. 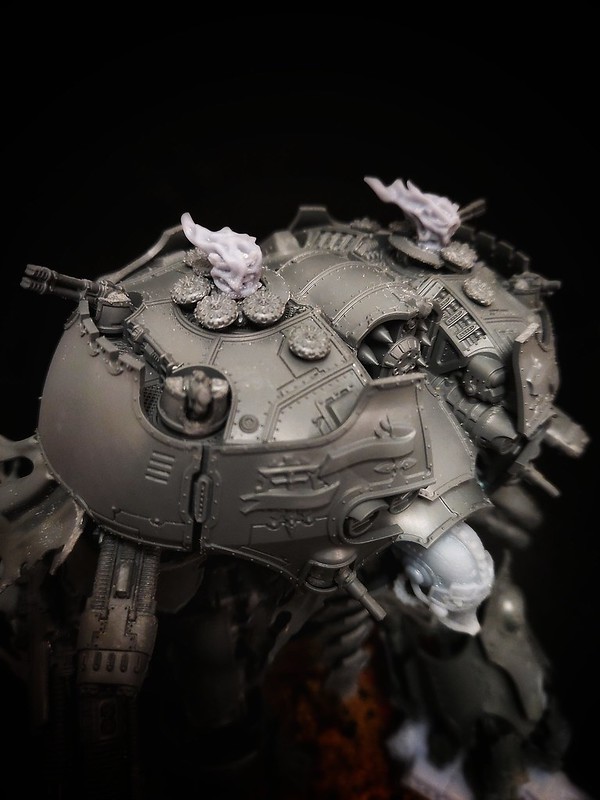 He strides into battle with raging fires atop his carapace. 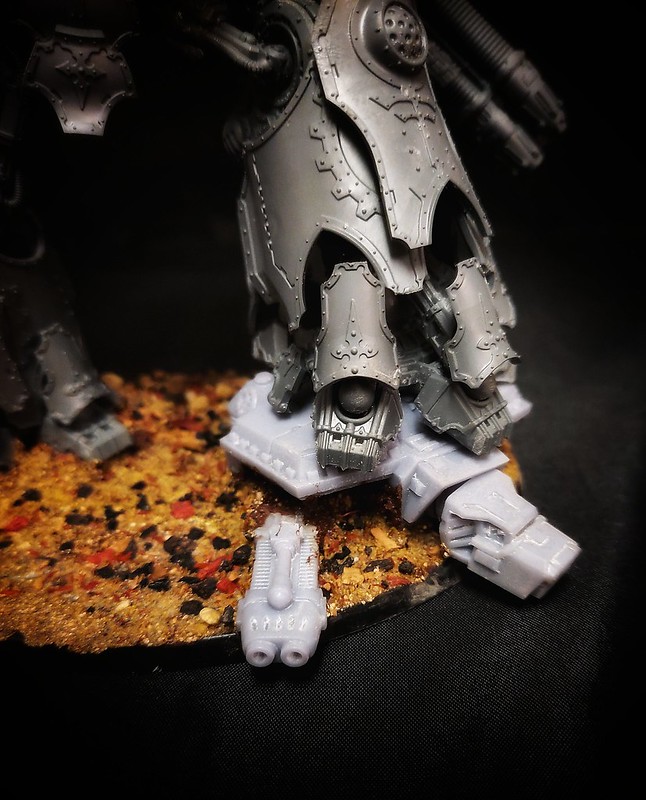 I couldn't resist the temptation of having him stamping out the life from a smaller engine. I was tempted to print a warlord for this, but thought I'd save that idea for an Iconoclast if I ever build one.

Not pictured so far are tonnes of Knights. My household has gotten considerable reinforcements - Acastus, Cerastus, Questoris, Armiger, Moirax. When they're all built I'll photograph them all.

I also have another reaver and a new pair of hounds still on sprue awaiting to be built. Hopefully 2022 will be the year of the Legio Nivalis.

Saw that Warmaster on FB earlier, still really cool. Loving the pose with the implied momentum of the flowing rags, well placed.

I love the movement you’ve got on that Warlord. And please post more angles on the Reaver - I really admire BattleBling stuff but sometimes I think the weapons are a little too big.

I really like the wings you added to the Warlord head, which looks like it one of your 3D printed elements. I'm going to have to add something like that the old-fashioned way to one of my Reavers. It's a great effect.

...and the posing on the Warmaster is excellent. Very dynamic, especially with all the "Chain Rasp" banner bits to give a sense of motion. What bits are the larger ones, such as on the shoulder?

Also tagged with one or more of these keywords: Adeptus Titanicus, Legio Nivalis, Conversions, WIP