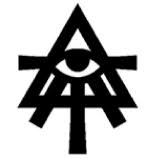 What are you thoughts here folks? How best would you use Farseers?Over to you. 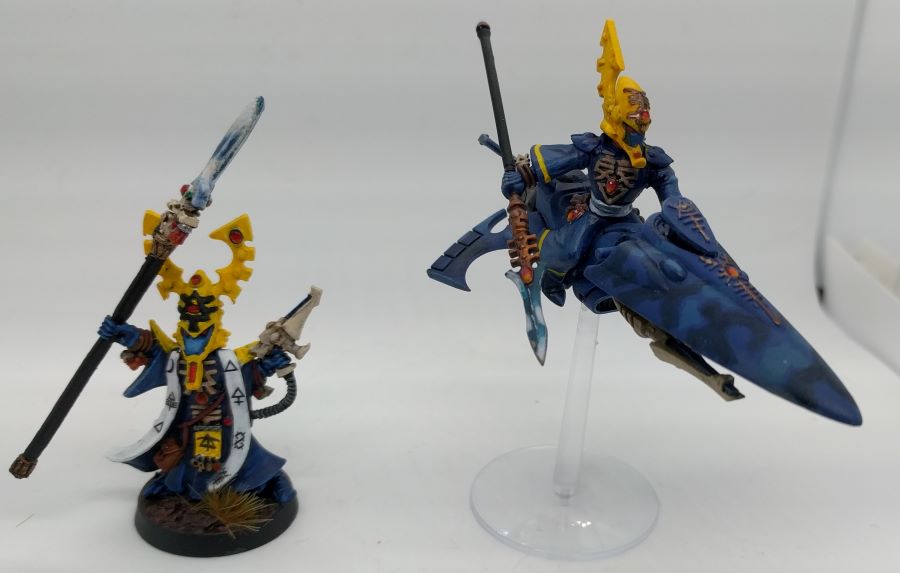 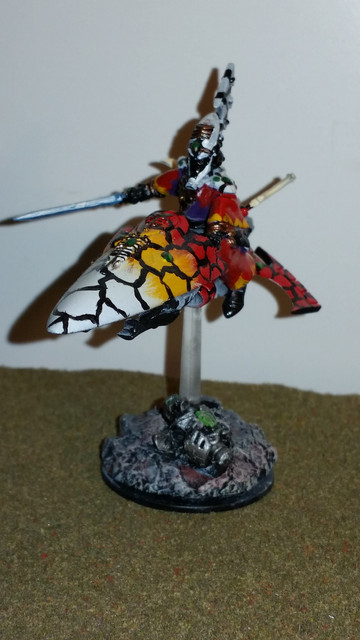 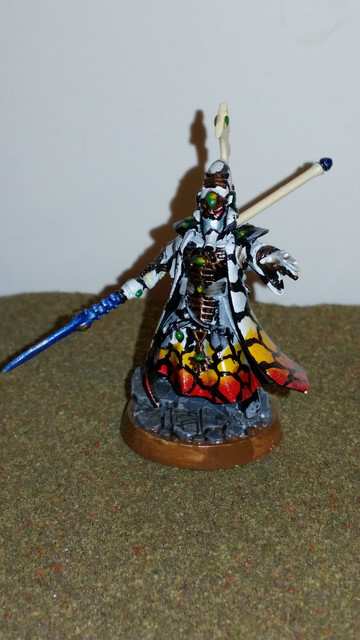 Pretty quiet. Any thoughts or ideas for these guys? They are a staple of most Eldar lists.

Well here are mine:

I don't have anything magnificent to add.

Let's be honest they're beyond a staple. Things I've learned about these guys:

Just like other Skyrunner versions they gain an extra wound so much better for living through any damage, including Perils. The Toughness increase is also nice.

I have been trying to use a Farseer on a foot as a discount but it's amazing the added advantage the range gets you. Literally to me this is like taking a Daemon Prince for Chaos... with wings as opposed to on foot. So much is gained it's just hard to ignore.

Three major things changed for me with Psychic Awakening.

1. Shining Spears. I need something that can keep up to these guys. The Farseer Skyrunner is almost automatic. Shining Spears got a bit of a boost from the Exarch changes but the Psychic buffs need to keep up.

2. Warlock Conclaves. A pack of Warlocks get a lot out of a Farseer Skyrunner keeping up, dishing out the buffs.

3. Smite replacements. Many of them are actually quite usable, but most are -extremely- short range. I use the Skyrunners to make sure I keep range.

Those are the big ones for me. I admit I would simply copy/paste this for Warlock Skyrunners... except accentuate the ability to survive Peril's damage.

I agree the Jetbike upgrade is usually a good investment unless you are really tight for points and only plan to buff foot units.

For a single Farseer, the combo of Guide and Doom was historically my go-to choice for powers. However the arrival of Expert Crafters means that this is not so essential anymore as units carry their own reroll buffs with them, particularly if you are running MSU. This opens the possibility of other powers. Fortune is useful if you are running anything really big like a Wraithknight (who also benefits disproportionately from Expert Crafters).

Executioner and Mind War are both interesting MW dealers. Executioner is an upgraded Smite as you can target any unit within 18" and do an extra D3 MWs if you kill a model in a unit. Nice for taking out MEQs. Mind War is a bit more situational. If you want to make use of this you really need to stack LD buffs on the Farseer such as from Swooping Hawks and Embolden while stacking nerfs on the target from things like Mind Shock Pods. While this looks nice on paper, it tends to require a lot of moving parts to make the most of as well as keeping a CP handy in case you roll low.

Will of Asuryan seems pretty weak to me as Eldar have other ways to mitigate Leadership if you need it.

For stratagems, I like to keep a Farseer near a big shooty unit (even if not using Guide) to cast Forwarning in case my opponent wants to bring in units from Reserve. Seer Council can also be handy if you have a Warlock nearby to give them both help with their casting.

Agree with all the points above .
Best combo for ensuring you get that clutch power of for me is
Farseer close to a warlock - stratagem seer council For plus one to cast ( both units)
Farseer( usually for me) cast Focus will for plus two to cast
You now have all caster plus one to cast
One caster at plus three to cast
If cast on Eldrad potentially plus four to cast with Eldrad inbuilt plus one to cast

Karhedron thanks for this series, I appreciate it!

Back to = CRAFTWORLD ELDAR =