Unit of the Week: Howling Banshees 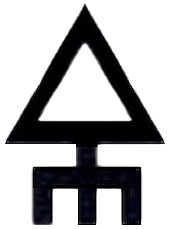 What are you thoughts here folks? How best would you use Howling Banshees?Over to you. 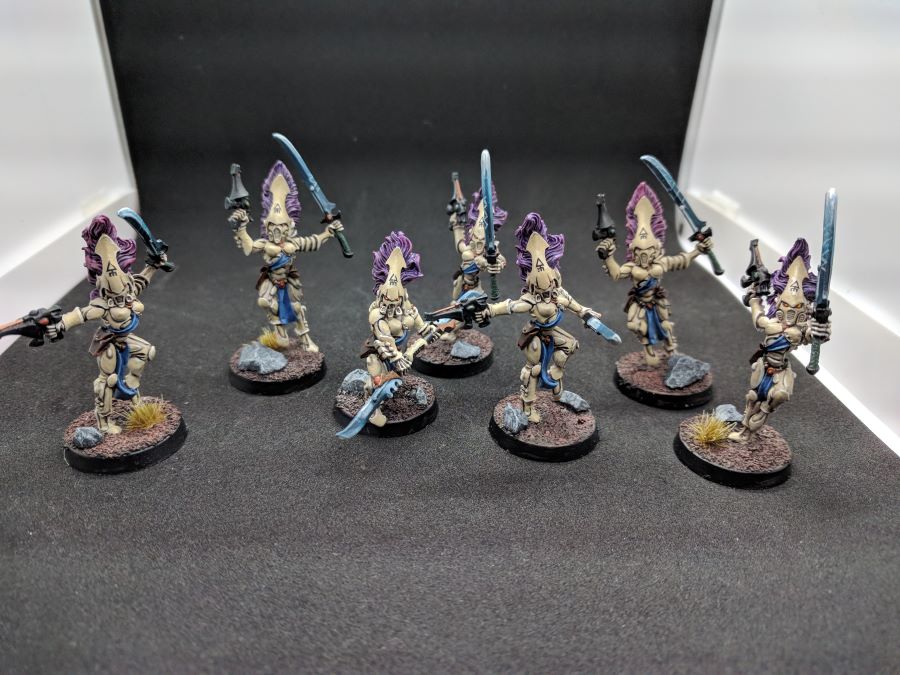 I have loved Banshees ever since 1st edition but their current incarnation is rather disappointing. They have gone from being fearsome damage dealers to a harassment unit. Their low strength and number of attacks means they lack hitting power.

Still, at 68 points for a minimum sized squad with an Executioner on the Exarch, they are a pretty cheap way of filling an Elite slot which means they can be useful if you are looking to run a Brigade (although Scorpions are even cheaper for slot fillers). I like the Executioner as it provides a bit of hitting power that the unit is badly needing.

I would look to run MSUs in transports. They can be mixed in with other Aspects in Wave Serpents (I like Dire Avengers) or used to fill a Falcon. Putting them in Transports also helps mitigate their fragility. These girls cost more than Space Marine Scouts yet die even easier and lack the deployment options. If your opponent has been careless with their screening, your Banshees can leap out T1 and often make a charge to tie up something shooty and hopefully inflict a few wounds. They can average > 24" threat raneg when disembarking from a Transport (and you can virtually guarantee it with Matchless Agility for a 6" Advance). Ghost Walk can help here too, particularly if you want to charge more than 1 unit of Banshees in a turn.

Turning to Exarch Powers, I do have a soft spot for piercing strike if you are facing multi-wound models. Being able to insta-kill anything up to an Aggressor with each hit does boost the killing power of the unit a bit. The other option is to Go for Mirror Swords and Decapitating Strike to try and fish for Mortal Wounds.

Overall, Banshees are a slightly situational unit. They are good at bullying MSU MEQ units but cannot deal with hordes or dedicated melee units. For this reason, if you want to run Banshees, Transports are vital. You need to either clear screens before the Banshees charge or catch units that your opponent assumed were out of range. Against Tau and shooty Marines, they can do decent work. Most Ork units however will swallow a unit of Banshees without even chewing so use with care.

The issue Banshees will have is the BRB.

8th Edition is essentially a shooting game, I heard through various podcasts (I think it was the guys from longwar) that GW have a "Threat" metre and that close combat is at the top (or very close to). In most people opinion i'd say this is misplaced. But is why shooting has had rules, core rules, to benefit it. Those of us with the longest pointiest ears may remember shooting being optional for a lot of armies in 40k.

Combine the rule weighting with Craftworlds having some of the better shooting options then these will always slip down into the "Sub optimal" category. You're also going to need a transport to get them there, or some very well executed trickery. What this means is that you need to spend extra resources to execute them properly.  At that point it's easier just to get some guns.

As the OP said using transports is generally the safest bet, but for the reasons I've mentioned I've not seen them, or used mine in several editions. I have however seen them used in small 5 man units on foot, but only in the situation where you have much more terrain than usual and/or infinite vertical height rules on various battle reports. Even then it's opponent situational if you'd even want to use them.

"It had often been said that a Space Marine knew no fear....Saul Tarvitz was no exception.... but when Angron charged, he ran." - Galaxy in Flames.

IMO Banshees fall into the same unfortunate bracket as primaris reivers. They are made for close combat but are just not very good at it. Admitted the rule that negates overwatch is very good but the S3 attacks isn't going to do very much damage. If mirrorswords dealt mortal wounds on a 6+ or something similar then they would be a very good unit in combat

For a constant stream of painting updates, check my Instagram SilverShire_Gaming

I wouldn't put a unit that has a melee threat range of 14-29" and is immune to overwatch in a transport. But then I don't always support the MSU philosophy either; hitting with 10 instead of 5 mitigates the relatively low number of attacks. I like to give them exemplar of the shrine to take Nerve-shredding Shriek without losing War Shout. The chance at and extra d3 Mortals also helps offset low strength and punches through invulnerable saves.

When they run with JZ, first strike is also a mitigating factor for some of their weaknesses.

Also, I really, really like Aspect warriors, so I'm debating Biel Tan vs a custom craftworld. Biel Tan's CW trait gives them +1 LD and the reroll 1's with shuriken weapons; this is okay, but not huge. However, Biel Tan also get access to the Young King strat, which adds +2 to charges and lets them reroll 1's in close combat on the charge. When you put those two advantages together, it's not just okay, it's actually good.

The question is whether or not those advantages are better than what is available to custom craftworlds. Children of Khaine ads +1 damage on unmodified melee wound rolls of 6, which, again, helps mitigate a lower number of wounding hits. For the second trait, I like Superior Shurikens, which is +4 range on all shuriken weapons- great for Banshees, Dire Avengers and Scorpions, but has the added bonus of being good even for non-Aspect Warriors.

One trick I'd like to explore is spreading a unit of Banshees to charge and engage multiple units when there are other units close enough to offer support. The Banshees and their superior charge range are more likely to make the charge; engaging the multiple units denies ALL of them overwatch. Then the support units charge.

Tricky, because the other units likely need to get closer to the enemy than the Banshees need to be. But it has potential.

I actually like Banshees design philosophy, threat range , no over watch , extended charge range ( only unit that can do that?)

It’s the lack of specific tools that hinders

S3 low low number of attacks , some mileage in current stratagems and exarch abilities is ok and not my main issue with them.

I wouldn't put a unit that has a melee threat range of 14-29" and is immune to overwatch in a transport.

The Transport has 2 main advantages. Firstly it gives some protection against shooting if you do not get first turn (useful as Banshees tend to fall over in a stiff breeze). Secondly (and perhaps more importantly), the extra 3" of movement when they disembark makes it far more likely that they will pull of that T1 charge.

I am thoroughly enjoying this series, and storing away data for later.