I needed a break from Scions and with the announcement of more Primaris coming down the pipe I figured I'd hold off on painting more power armour. I wanted something I could finish quickly because I don't want to get bogged down. A 1-2 day palette cleanser as it were. I've had some Nurgle kits about since Dark Imperium came out as I thought it might be fun to supplement the Death Guard in there.

This has to be the most satisfying unit I've painted in such a swift time. I assembled it and primed it yesterday and got the unit painted up today. No portions required more than three steps to do and a lot of the smaller steps that aren't on all the models I managed to keep down to two steps. The details are crisp enough that it's pretty easy not to stray onto areas you don't want painted. 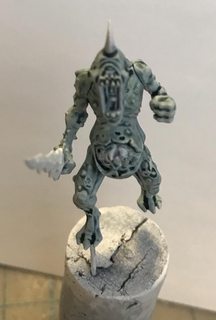 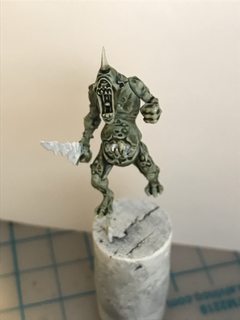 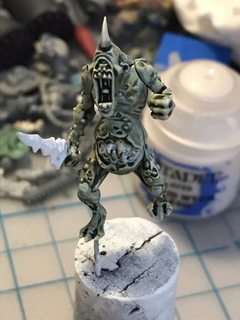 Those three steps take care of a huge portion of the model. Any sloppiness is easy to paint over or can be worked into blending up colours.

Corax White on the eyes 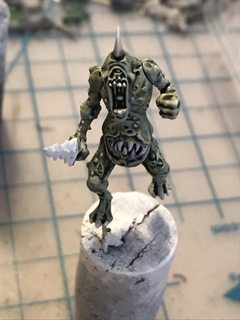 Mechanicus Standard Grey on the swords 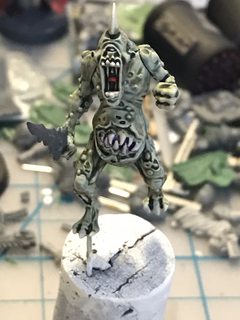 Only a single highlight step for the guts and that's not really an edge hightlight. 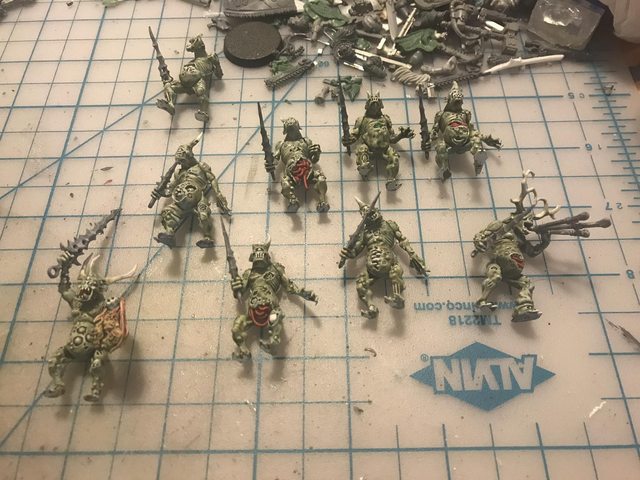 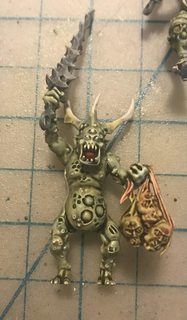 The head bundle was done by heavily diluting a light green paint and putting it on the heads and once it was dry hitting the entire bundle with Guilliaman Flesh contrast paint. 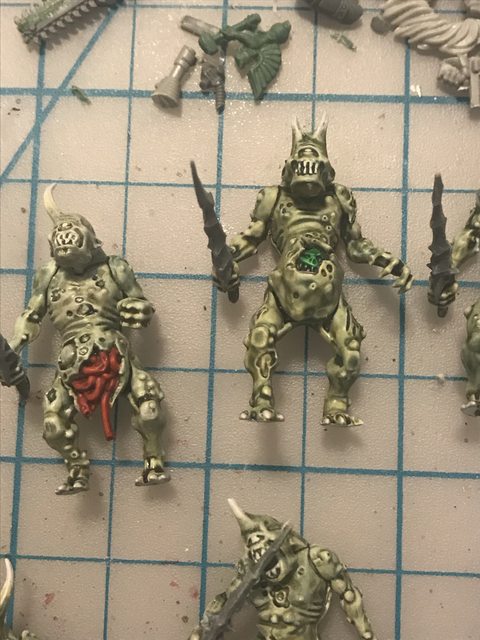 Here's an example of the Mechrite Red - Baal Red Wash - Evil Sunz Highlight on the guts. The gut nurgling was Warpstone Green and a Thraka Green wash.

I've definitely caught the bug - pun intended and wallowed in like a filthy nurgling - and I look forward to doing another unit after my next Scion unit.

Plaguebearers look good. The saturated red viscera look good against the pale green! Going to pick out boils and pustules in other colours?

After reading your comment I had a looksie at the store images to get an idea of how the box pictures had the boils and pustules and the attached instagram pictures to see what other people did. I came away pleased with the boils (the bumpy bits) as they are paler than the skin. However, I did go back and do a purple glaze around any tears in the skin and a purple inking of the champion's pustules.

Here's a comparison shot with the banner bearer not having been glazed yet. 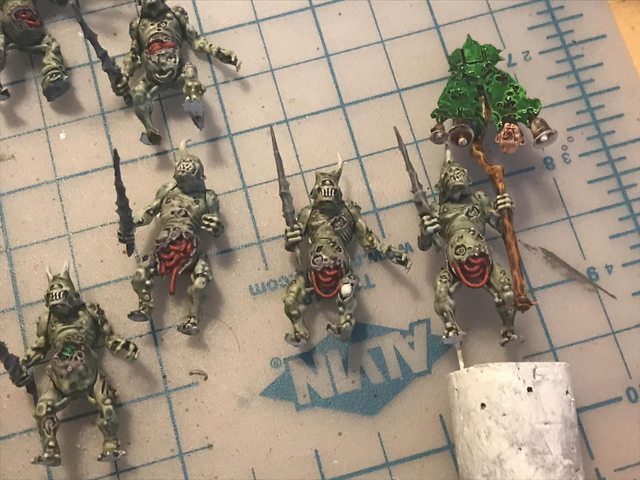 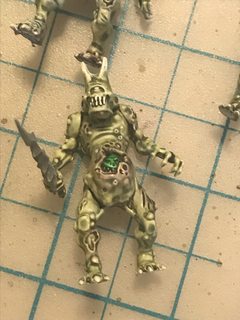 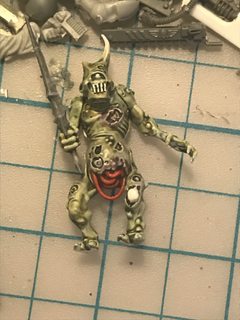 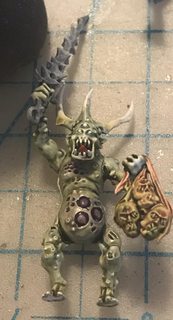 Super Heavy Gel (Gloss) was on clearance the last time I was at the art supply store. I decided to try it out on the Plaguebearer bases. The it's a glossy medium which cures transparent. I write "cures" because it's a bit softer than toothpaste in consistency and then hardens over about three days (stable after a few hours, but it takes time for the opacity to fade). You can shape it like really stiff whipped cream. I tossed in some purple ink to give it some colour and tried shaping it to make it look like the models were stomping around in a mucky-mucky. 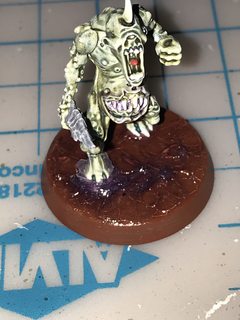 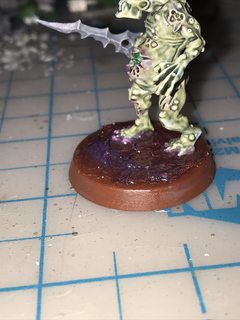 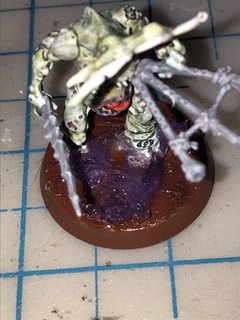 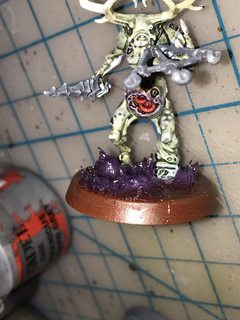 Also tagged with one or more of these keywords: Nurgle, Daemons