203 replies to this topic

I like the concept and elements of the ATV. I'm thinking people will make a lot of conversion kits for the ATV. I'll see what people come up with, but I'm not tripping over myself to get one to field stock.

Wonder how long till this gets made:

Driver got a raw deal. Gunner gets all the frontal armor

The fire strike servo turret looks cool, i never expect something like that and grow in me. The only thing i dont like it so much its the belt outside of the armoured shield, but it can be changed whit a bit of time, model knife and glue.

For how a proper ATV type buggy should be done, look no further than the Elysian drop troops Tauros vehicles forgeworld used to sell.

You don't need to look at forgeworld. Genestealer Cults have a great ATV. They don't even try to cram two people onto it.

Guess I am in the minority here, but I like the buggy. I assume it is the new version of the SM Attack bike to go alongside the new Bikes. Also LOVE the turret. Curious to see if there are weapons options for both in the future.

Driver got a raw deal. Gunner gets all the frontal armor

Not to mention the amount of hot shell casing raining down on him.

Guess I am in the minority here, but I like the buggy. I assume it is the new version of the SM Attack bike to go alongside the new Bikes. Also LOVE the turret. Curious to see if there are weapons options for both in the future.

I think I know what is bugging me about the buggy now. It looks to me like it's a cross section picture and they have removed the front of the vehicle. If they had added a canopy I think I would have liked it a lot more.

I feel like ATV would been more in home with IG then space marines...

I don't believe anyone's pointed this out yet, but the ATV is the solution to the current oldest unsolved Rumour Engine. 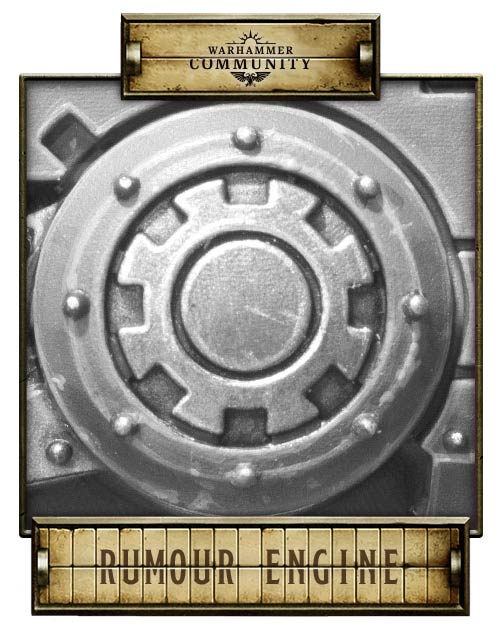 I think I know what is bugging me about the buggy now. It looks to me like it's a cross section picture and they have removed the front of the vehicle. If they had added a canopy I think I would have liked it a lot more.


That’s a good point and solid pun! Maybe the roll cage off the front of the invictor would fit somehow, otherwise I’m sure there will be a third party cover or way to do it. I wasn’t a fan of the ATV at first, but a roll cage conversion to make it look more like the seal tactical buggy posted earlier would make me like it a lot more.

Love the look of the turret. With vehicles being able to move and shoot and terrain making LoS more difficult to achieve I’m not sure a static emplacement will be worth it, but maybe it’ll be extra cheap points wise or have some interesting rules.

I like the ATV, but that front 'armor' needs to be beefed up. Not to mention it looks like the christian cross...

I don't dislike the concept of the ATV, but the front of the vehicle lools awfully underarmoured. A bit more of a front, landspeeder style, with more protection on the driver, and actually covered front wheels would go a long way (the rear ones do get some form of armour on their front end, but not the front ones, you know, the ones most likely to be exposed to fire?). As somebody else said, even the protective bars the invictor warsuit has over the driver would look nice and make more sense than in the not-dread. The FW elysian buggies are very cool models and I feel this one could have taken a couple more notes from them.

If it is an ETB and relatively cheap, I might try to get my hands on one and try to convert it a bit. And I will definitely add a banana and a shell hidden somewhere for the gunner to use 😄.

As for the turret, I am actually not sold on the concept, even if the sculpt per se looks nice enough, as it reminds me of the old razorback turret. I know tarantulas exist, but they are automated turrets that you deploy or even deepstrike and then you forget about them. Leaving a space marine isolated and in a fixed position, and a techmarine at that, seems like a waste of a marine, and a bit contrary to their usual modus operandi of a mobile strike force. I will wait to see how it works and its rules, but I find it is a cool aculpt but not really fitting with the space marine concept. And I know marines also participate in defensive actions, but I would feel any dedicated weapon emplacement would come as part of a bigger defensive structure.

The driver on that ATV better not stretch his neck out or he might get bonked on the head.

I ike the turret.

That's the only positive thing I can say so I'll just leave it at that.

The techmarine shoulder and helm are awesome. Glad they made it stand out. Good stuff.

Considering how cool the GSC vehicles have been, that ATV is a giant swing and a miss. It's so dinky and doesn't look right for the faction.

I can't help but wonder if the turret is part of the reason we no longer have marine Tarantulas available from Forgeworld.

Every single Necron reveal so far has been stellar.  Wish I didn't have to wait so long for all of it.

The ATV is absolutely abhorrent, I dont know why GW has an increasing fascination with skeletal marines (Invictus, all Vanguard stuff, etc).

That being said, cannibalize the front of a rhino or impulsor (depending on the size) and use the really badass turret like some have already suggested and I would dig it. The frame itself is fine, but I despise skeletal underarmored stuff.

But one model among everything teased so far is still far from a big issue for me, everything else from the box and the turret all look fantastic.

The necron stuff is fabulous across the board though.

Incidentally, I like to commit the cardinal sin of writing fanfiction: https://forums.space.../#post-41266642