'The Shield of Ultramar' - Ultramarines plog

Hello there! Finally getting back into painting after some months of procrastination and deliberation, and after some time decided I wanted to get back into one of my early loves, the XIIIth Legion. I've long been a fan of the boys in blue and Roman history in geenral so seemed the right time to make a start. Had to go for a proper Ultramar Shield Wall so my force will be quite heavy with Breachers and Suzerains.

I did a tester first to get the blue and gold mix right, and went for something a little darker as I'm not quite so keen on painting brighter blues. I also tend to weather up my minis  a bit, big fan of grit and grime (the below photos show the minis a bit brighter in terms of colour; I really need to invest in a lightbox! The picture focusing on the Axe generally shows the blue and gold in the correct way). 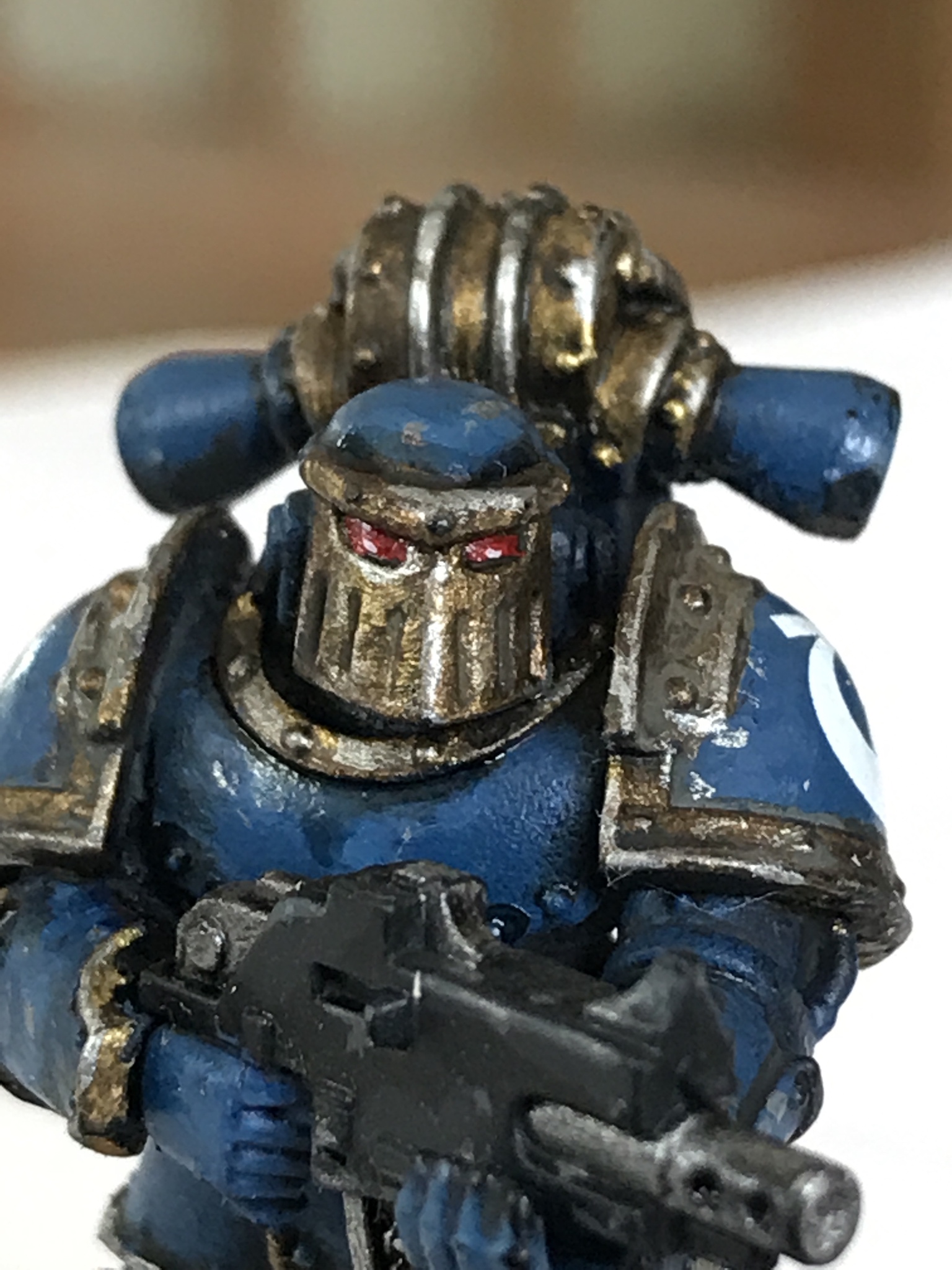 After that, I probably should've worked on my troops but I'm a bit of a magpie and a sucker for shiny things so went straight into my first squad of Suzerains. First up I tried out the scheme on a shield and was fairly happy with it so went straight into the rest of the squad, pictures below. I'm now working on building up a 10-man squad of Breachers, which I will expand in size once the initial 10 are done. Doing these at the same time as a Chaplain. Also, now FW is open as well I've treated myself to a Contemptor and some transfers. Any CC please let me know! 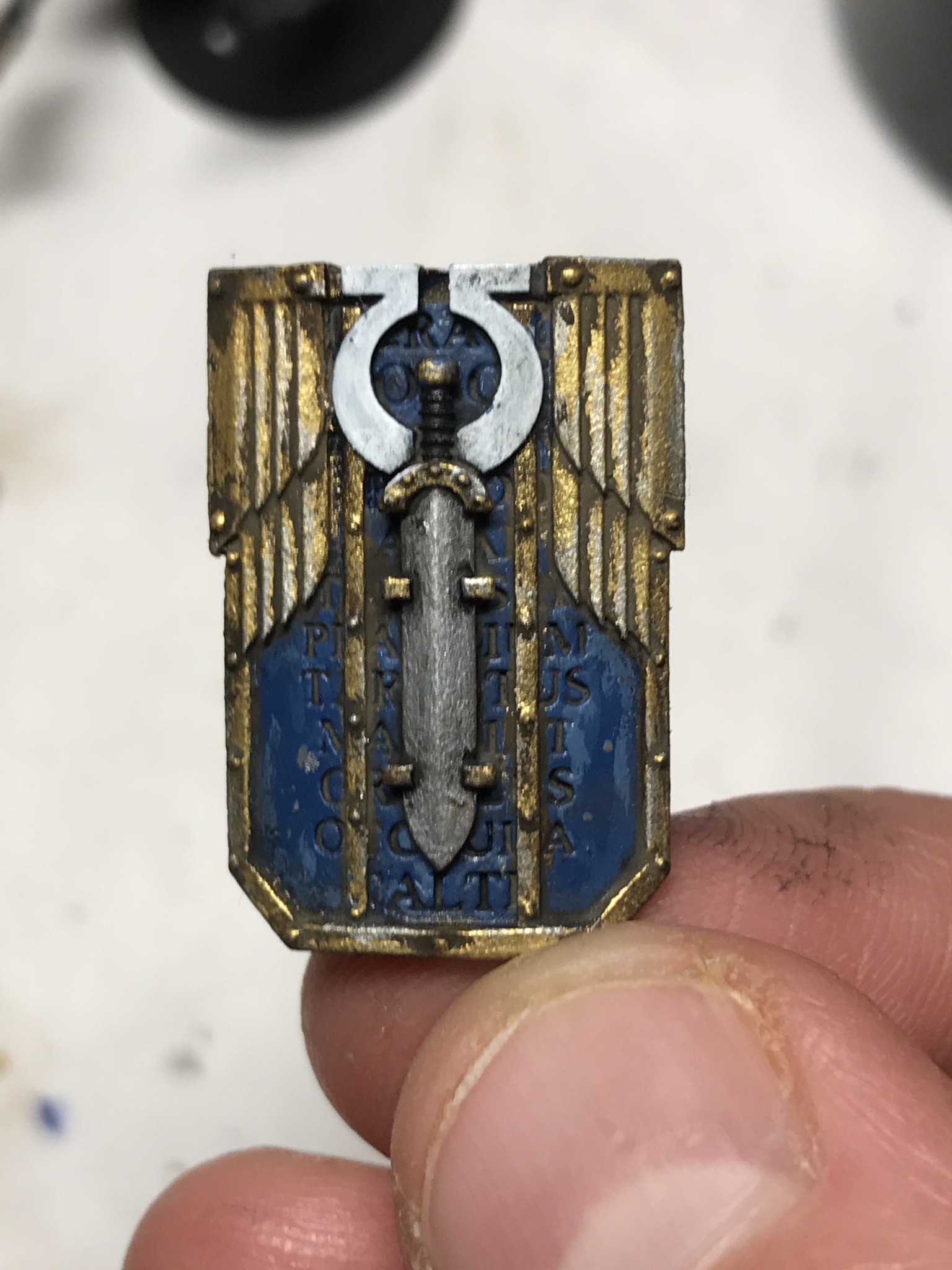 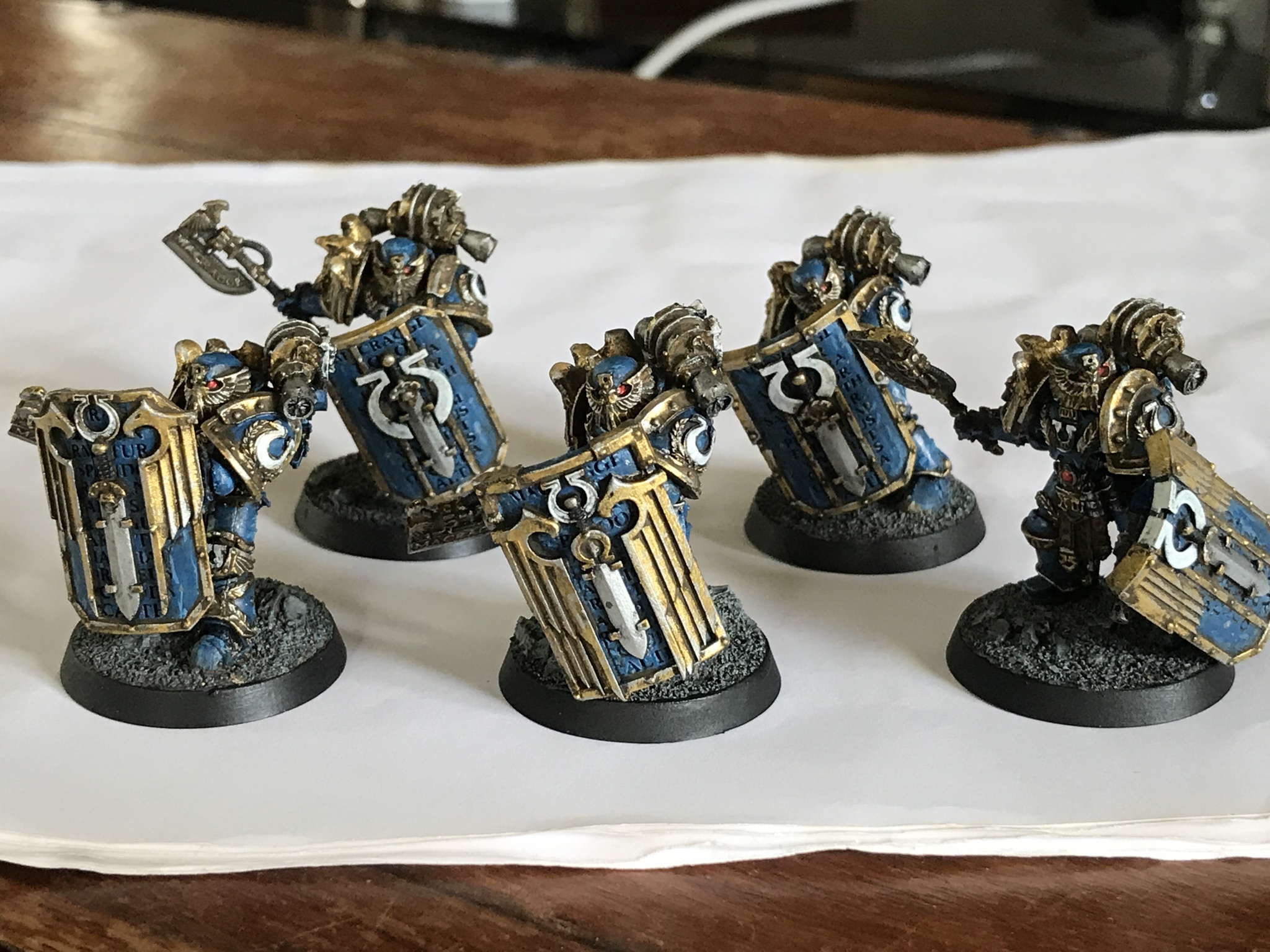 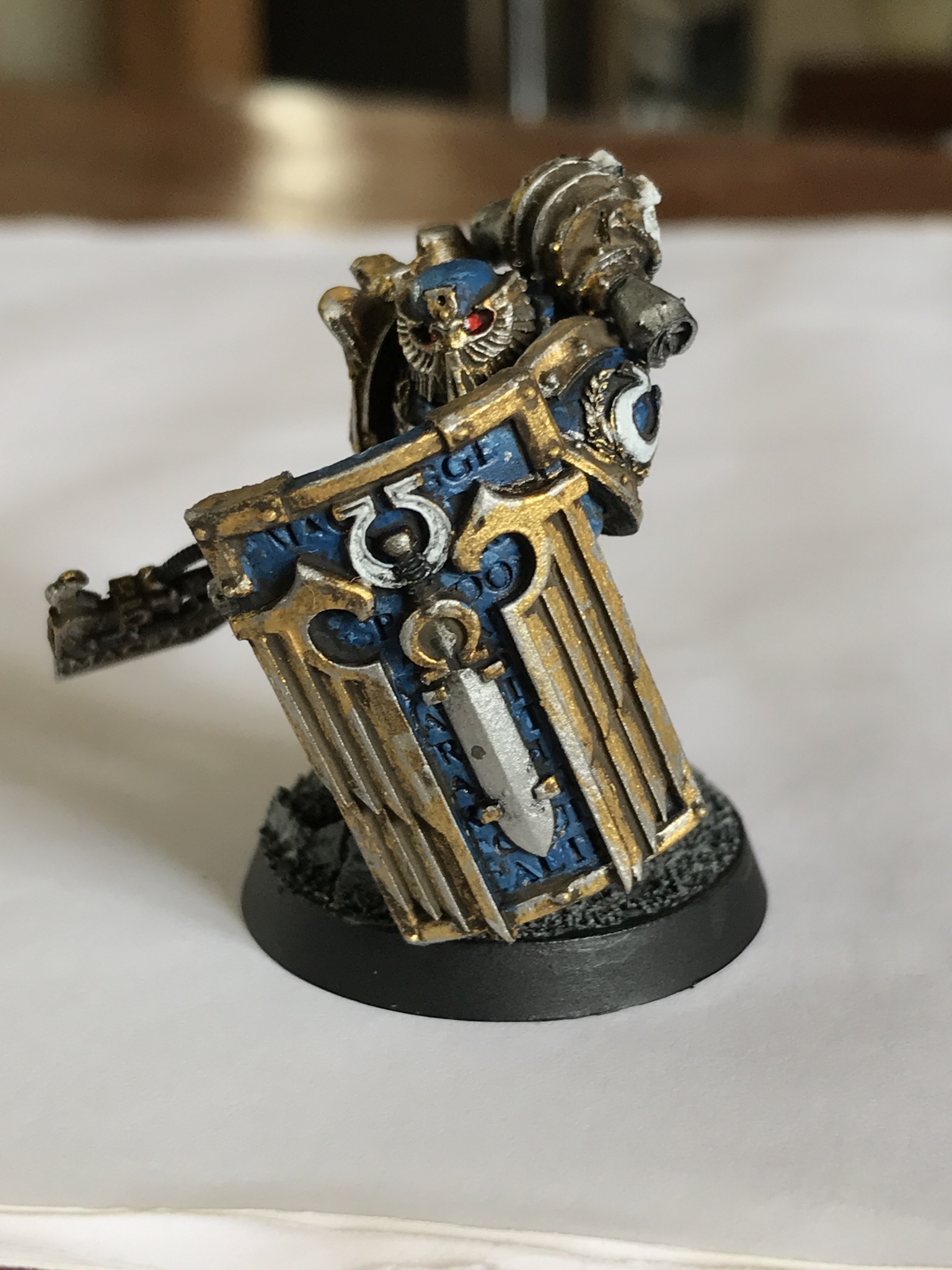 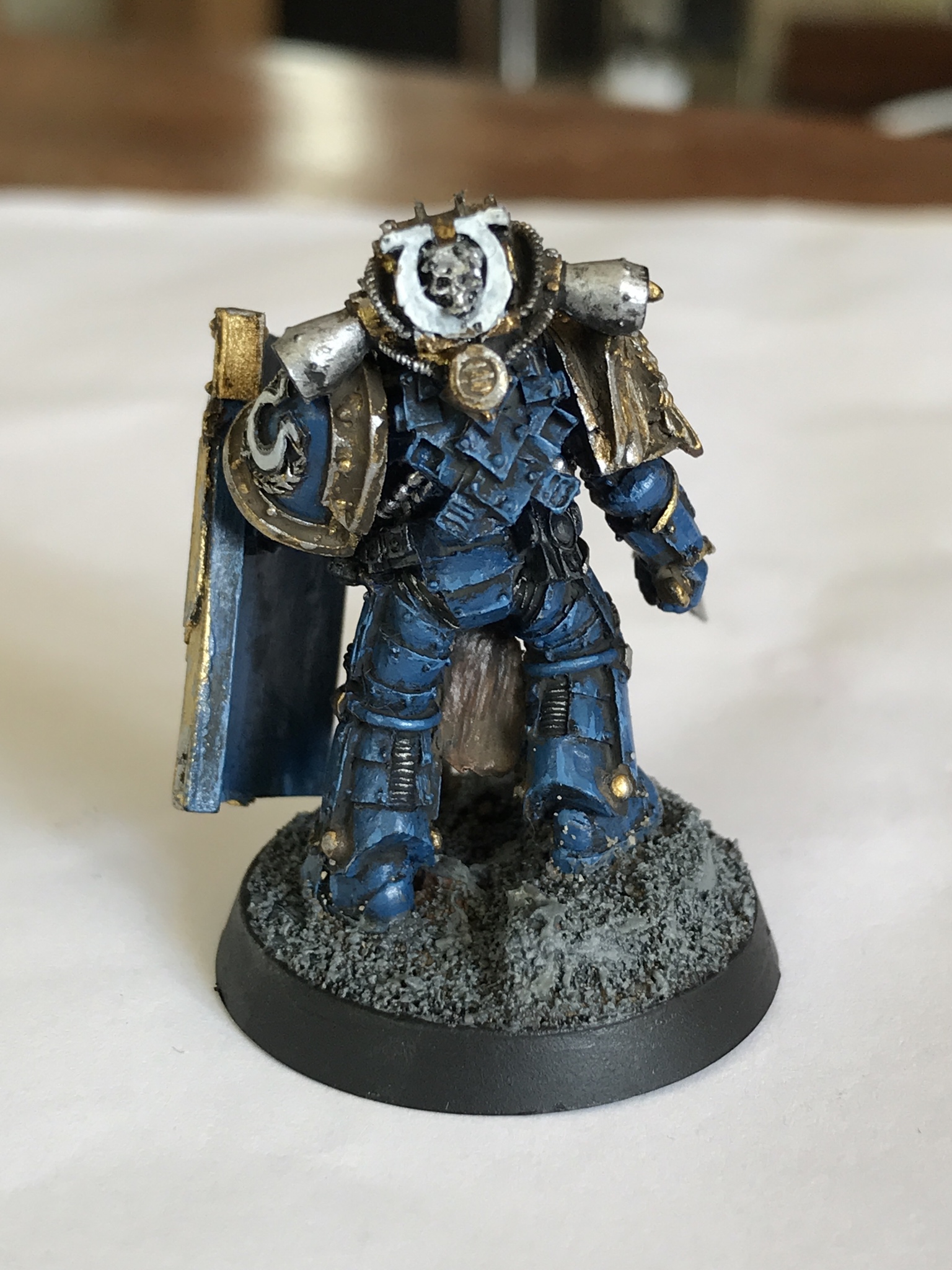 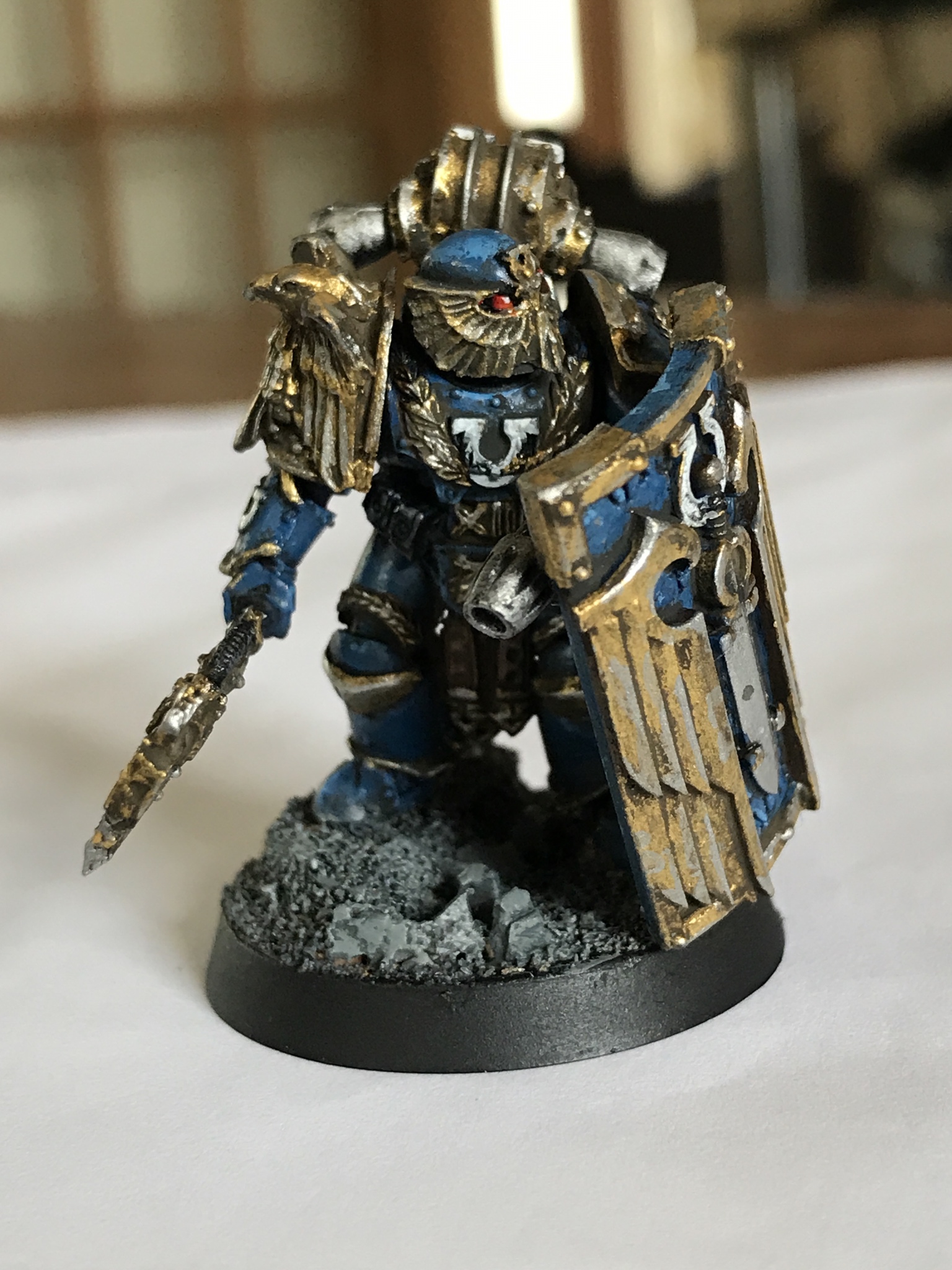 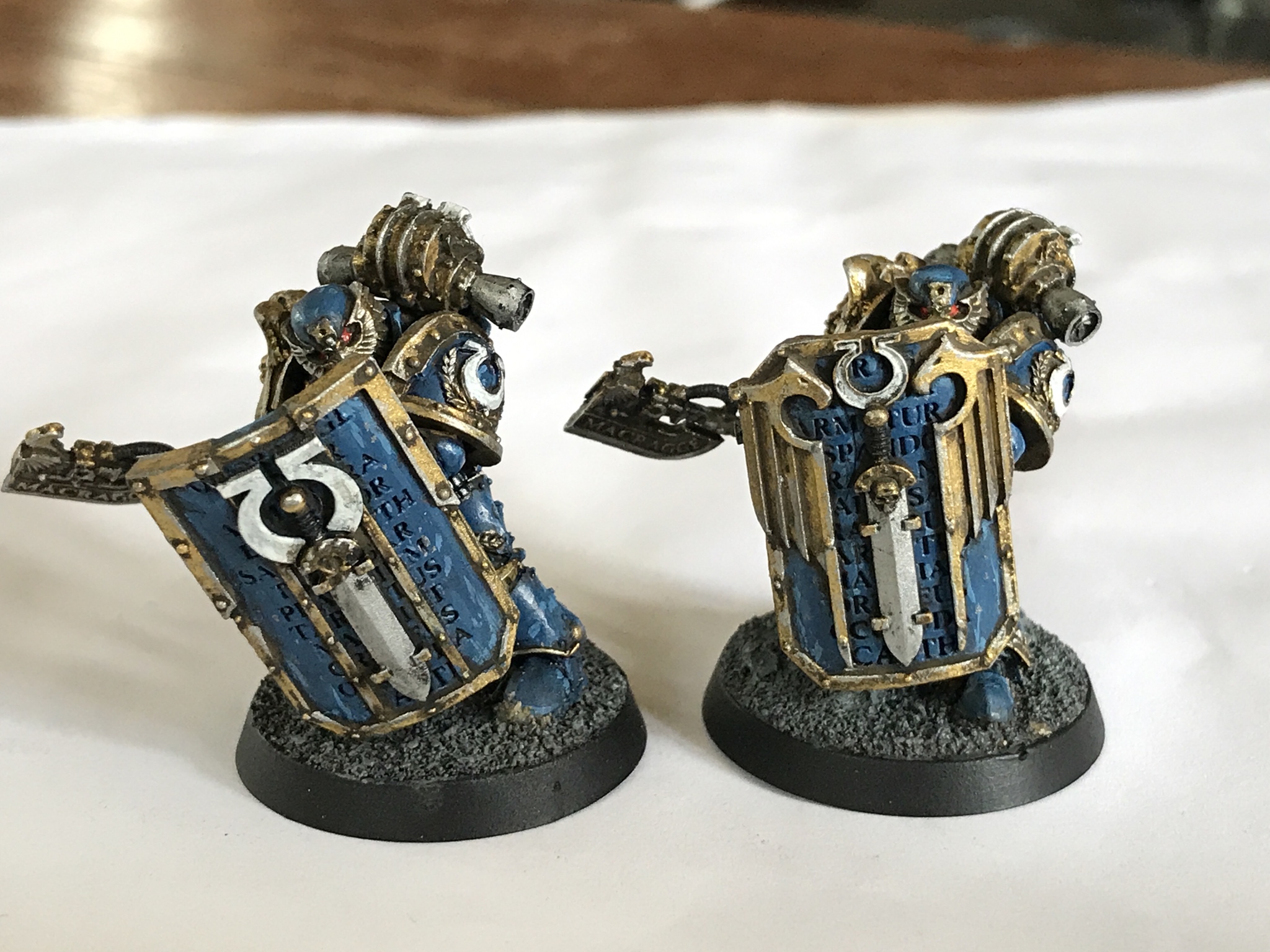 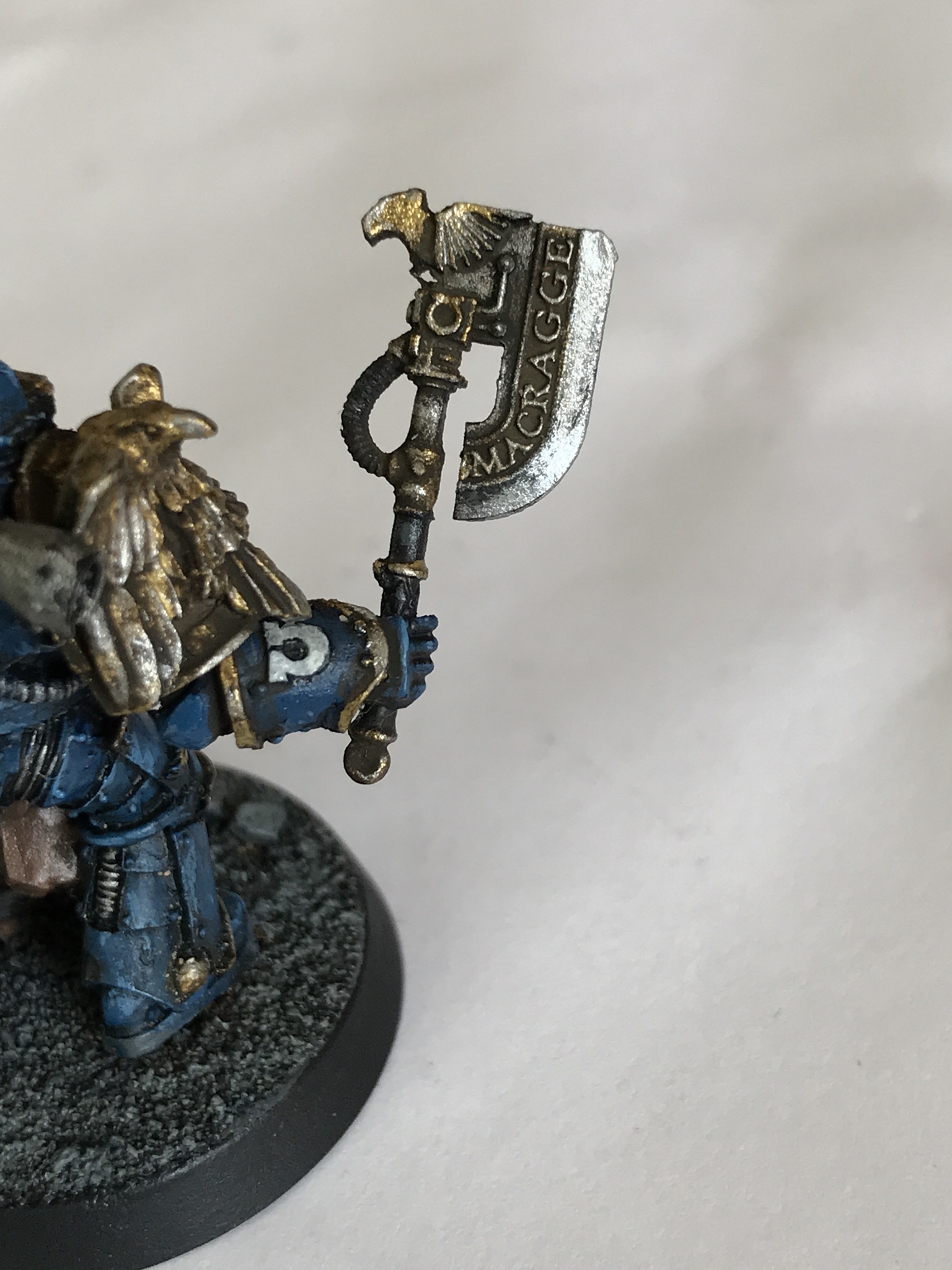 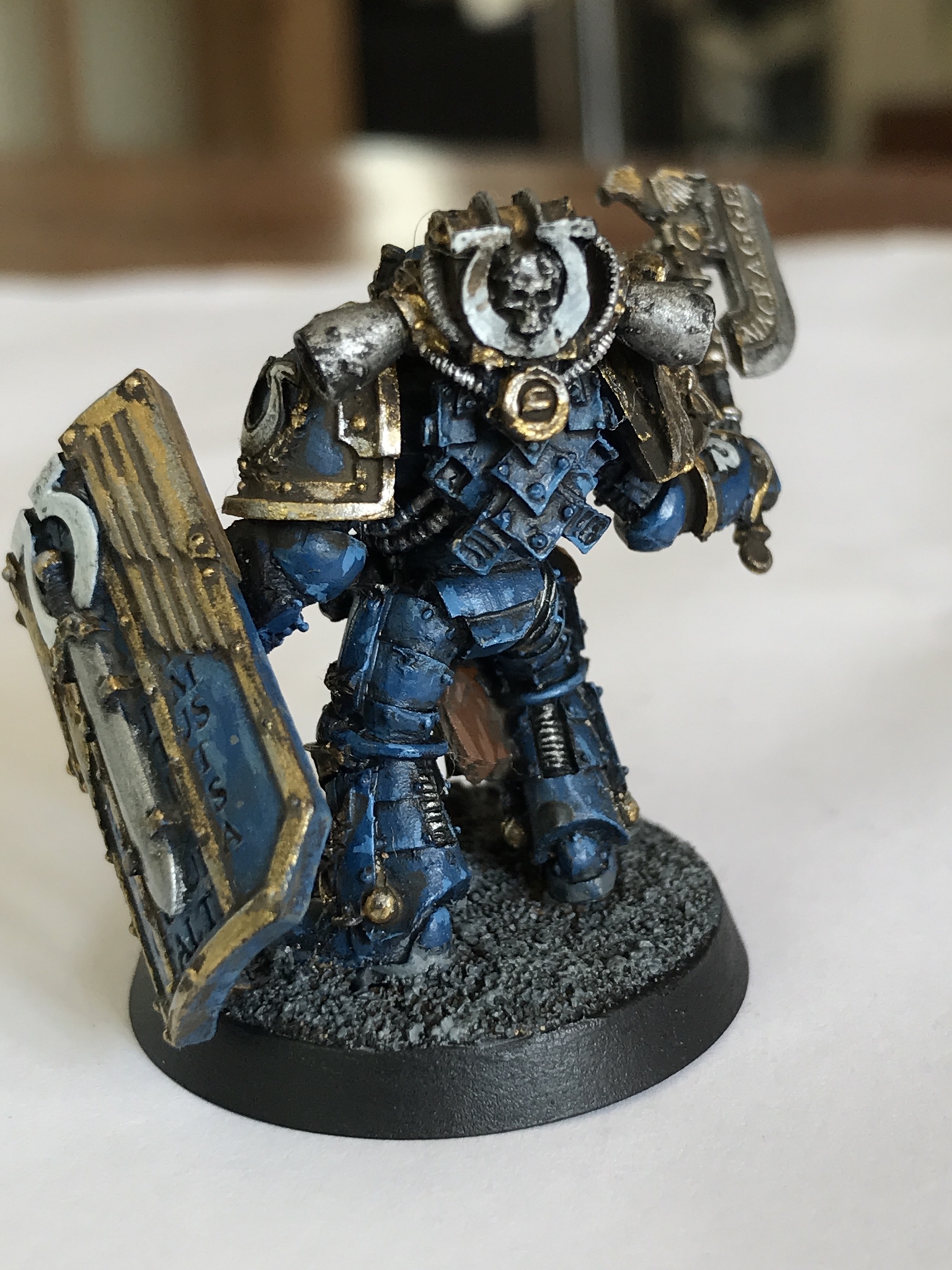 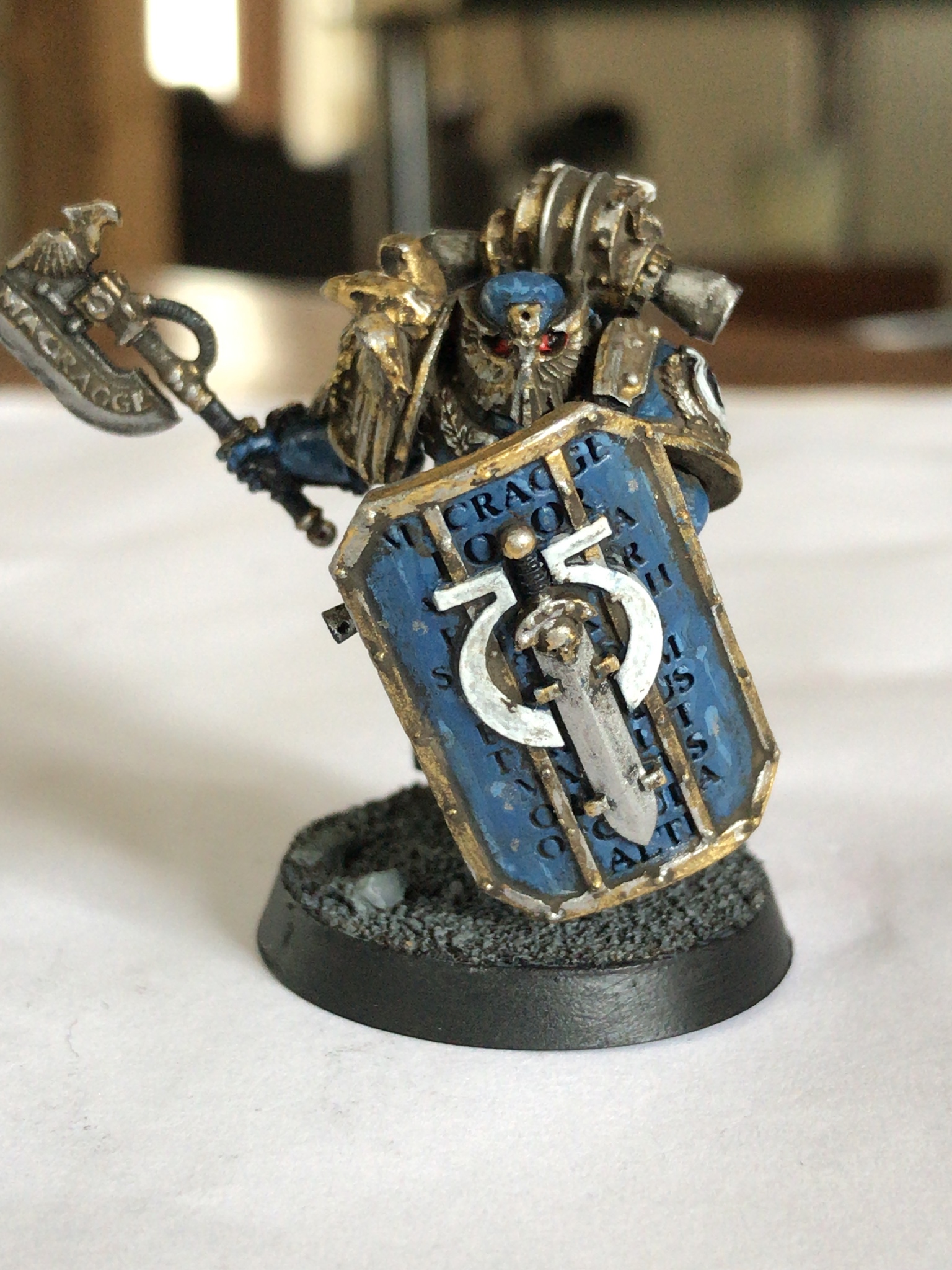 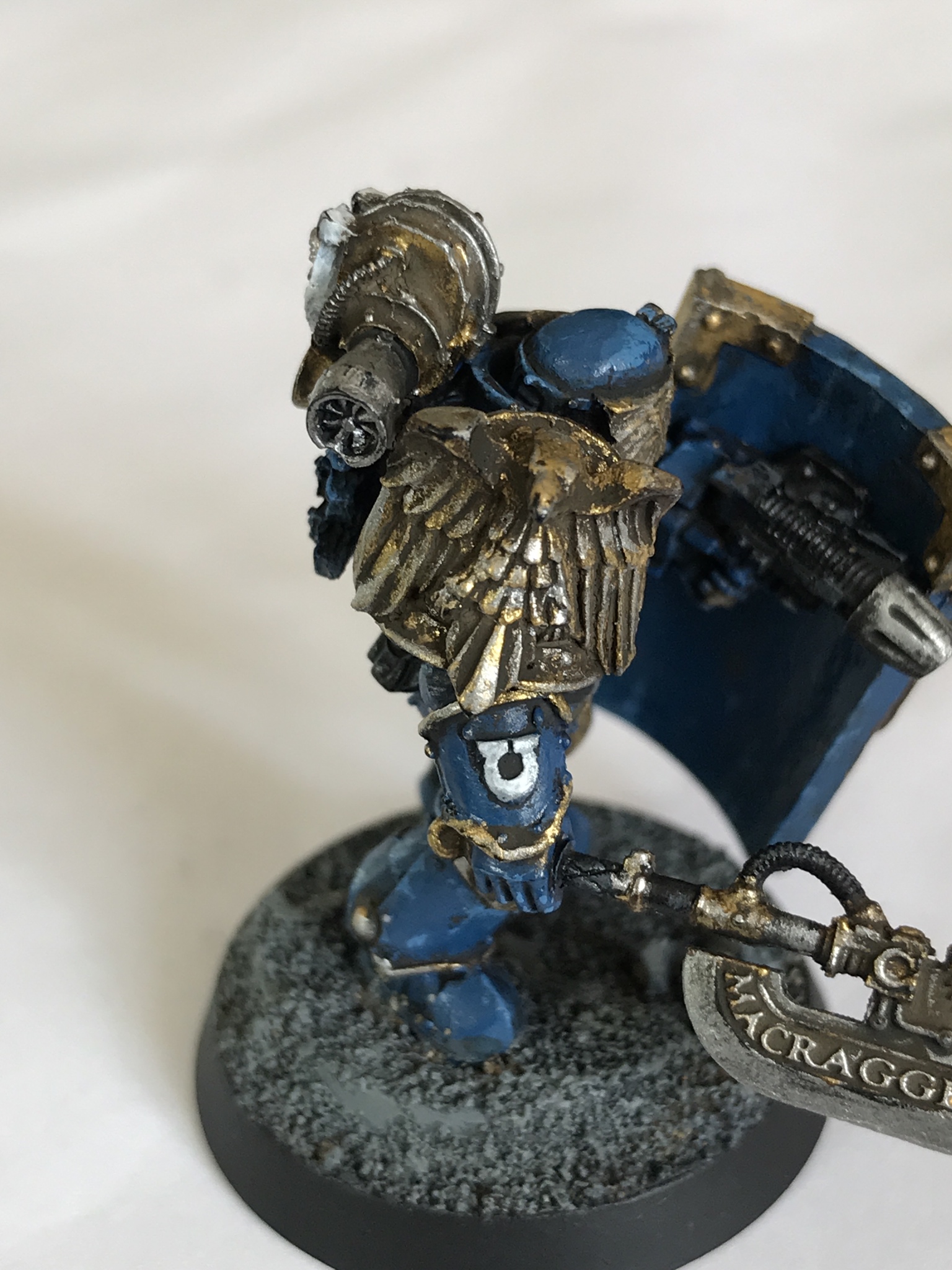 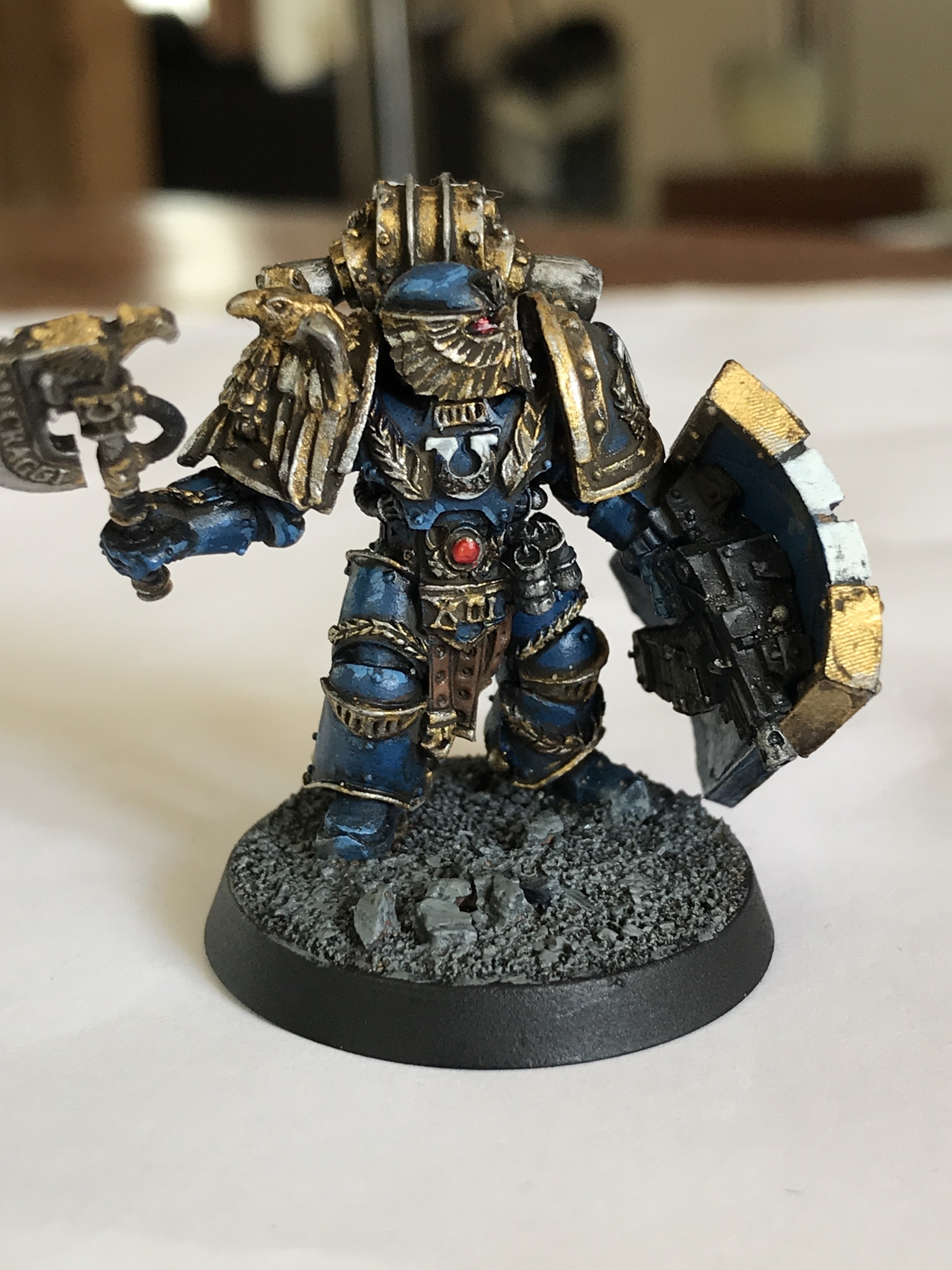 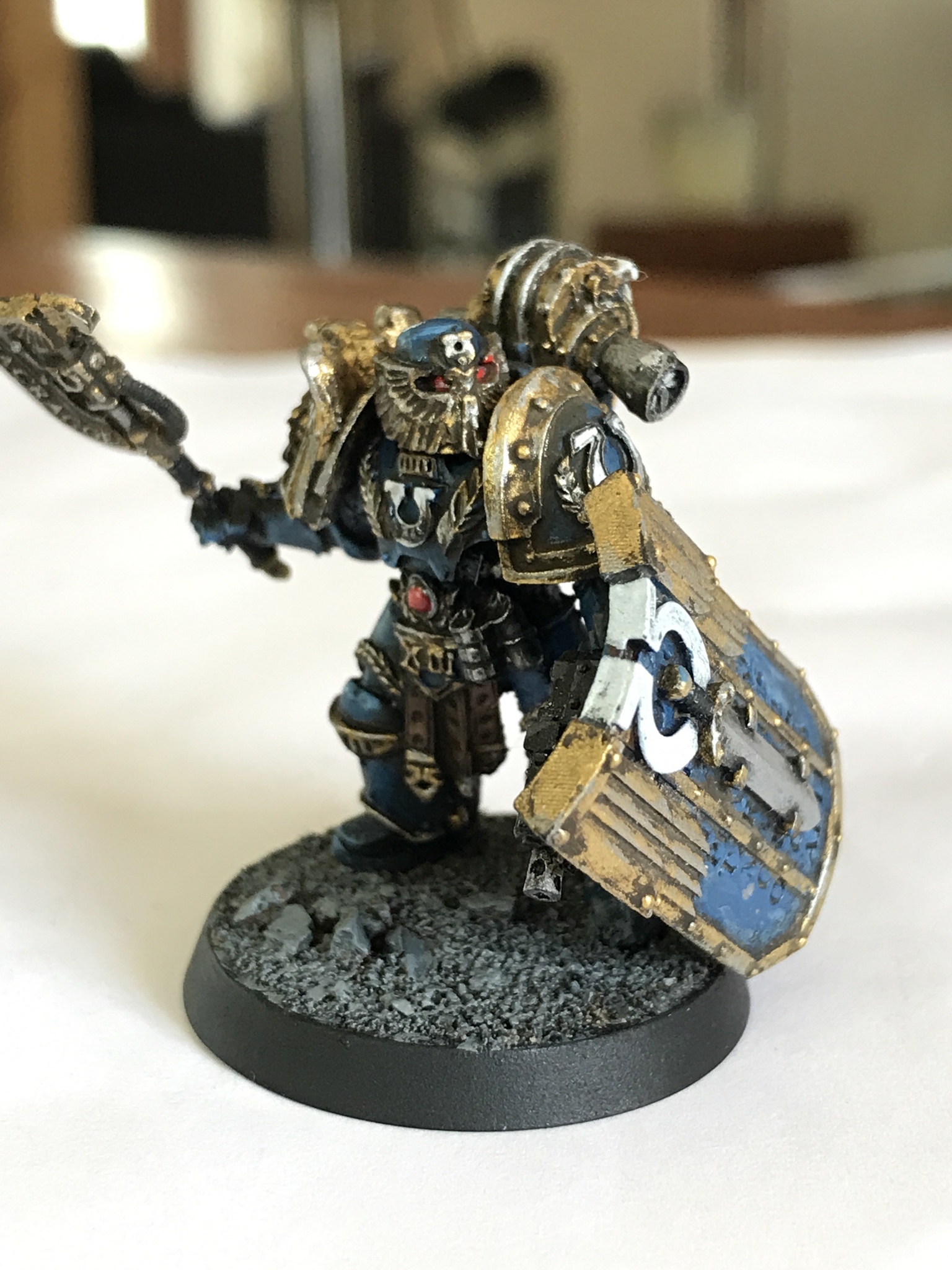 The blue and gold look fantastic, great tone and weathering. Looking forward to seeing more, especially the Contemptor, it's a great sculpt.

Also tagged with one or more of these keywords: Ultramarines, XIII