65 replies to this topic

Well, a banana peel would be the best way to get rid of that genestealer

My renegades based on GSC models (and more)

My blog on writing and other stuff

My Author page in Amazon

Thanks. Yeah I thought about it but thought it would be to hard to see.

I simply love your camo - and just all of what you did with those models.
Modifications, paintjob, bases, idea,...
And the little details that tell stories. The bananas are such a nice touch.

And, because I just can’t keep my smart mouth shut, a piece of advice.
I noticed on several of your (really, REALLY above average!) faces that the eyes often appear too wide open. I know, painting eyes is a hybrid of plague and cholera. A tiny amount of black wash might reduce that.

Thank you! And I will try that out. Zombie eyes for my undead Bretonnia army are much simpler 😁

I really like your Regiment! The green and grey go really well and the ochre or yellow pops nicely.

Great work all round.

What is all the yellow things?
- Bananas
Why?
- In the Swedish Armed Forces most notably (but not exclusively) in the army we call our Mortar platoons Monkeys, and monkeys eat bananas. They never put their mortars to work before a box of bananas are deployed at the firing position.
- Why do you call then that? (Isn't it offensive?) Frankly I'm not entirely sure if there is some elaborate reason but it's a long standing tradition and to serv as a mortar crew you can have about the lowest intelligence rating in the army. Monkey see, monkey do. Simple. Offensive? No, they embrace it, their "warcry" is making monkey sounds and beating their chest.

So kind of like the United States' Marine Corps being known as "crayon eaters" because of the assumed lack of intelligence then?

Yes, exactly the crayon eater thing and I have served with lots of them because our platoons (I was recon) were in the same company so I know.

For something new then. Three things done. 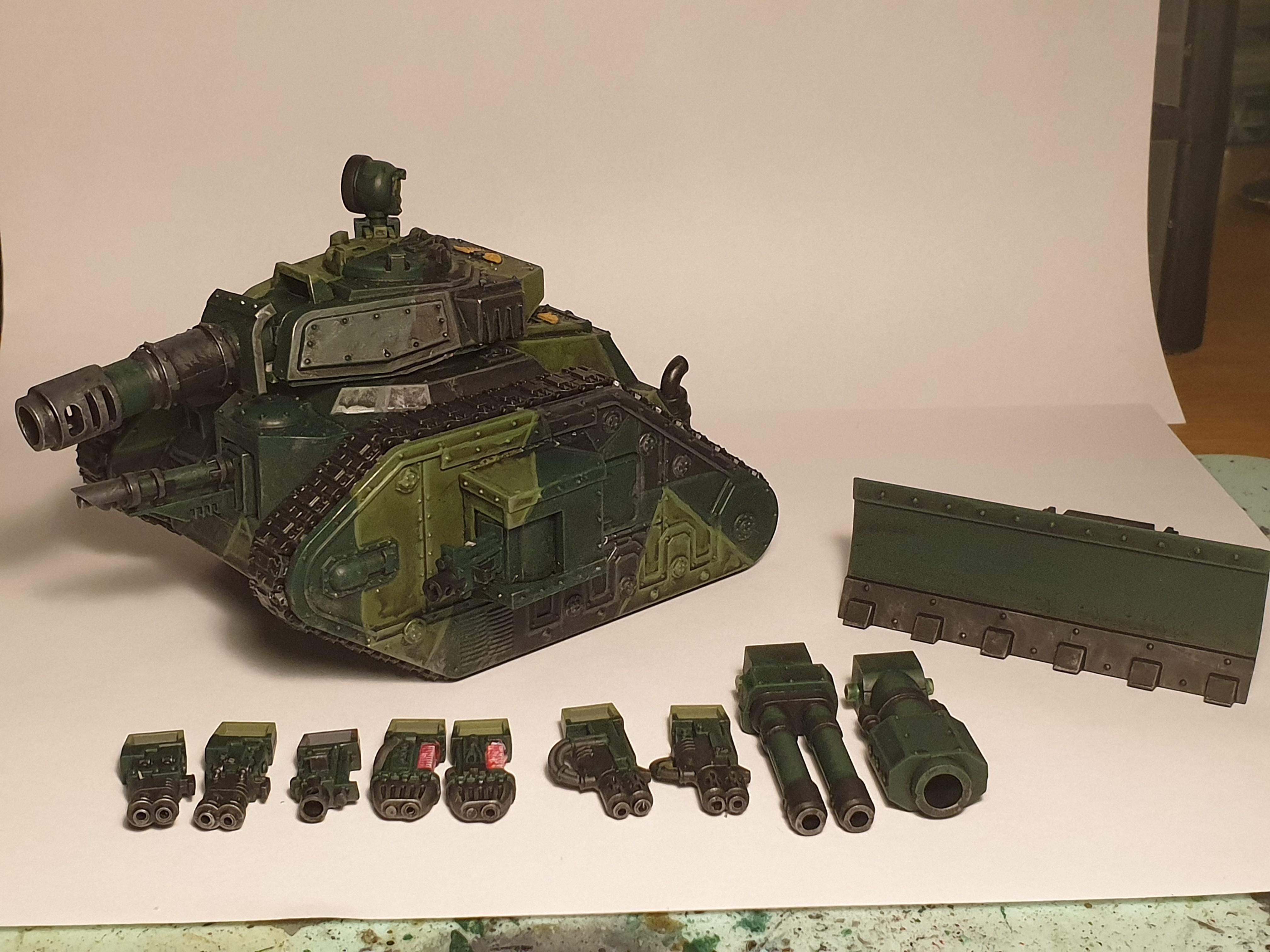 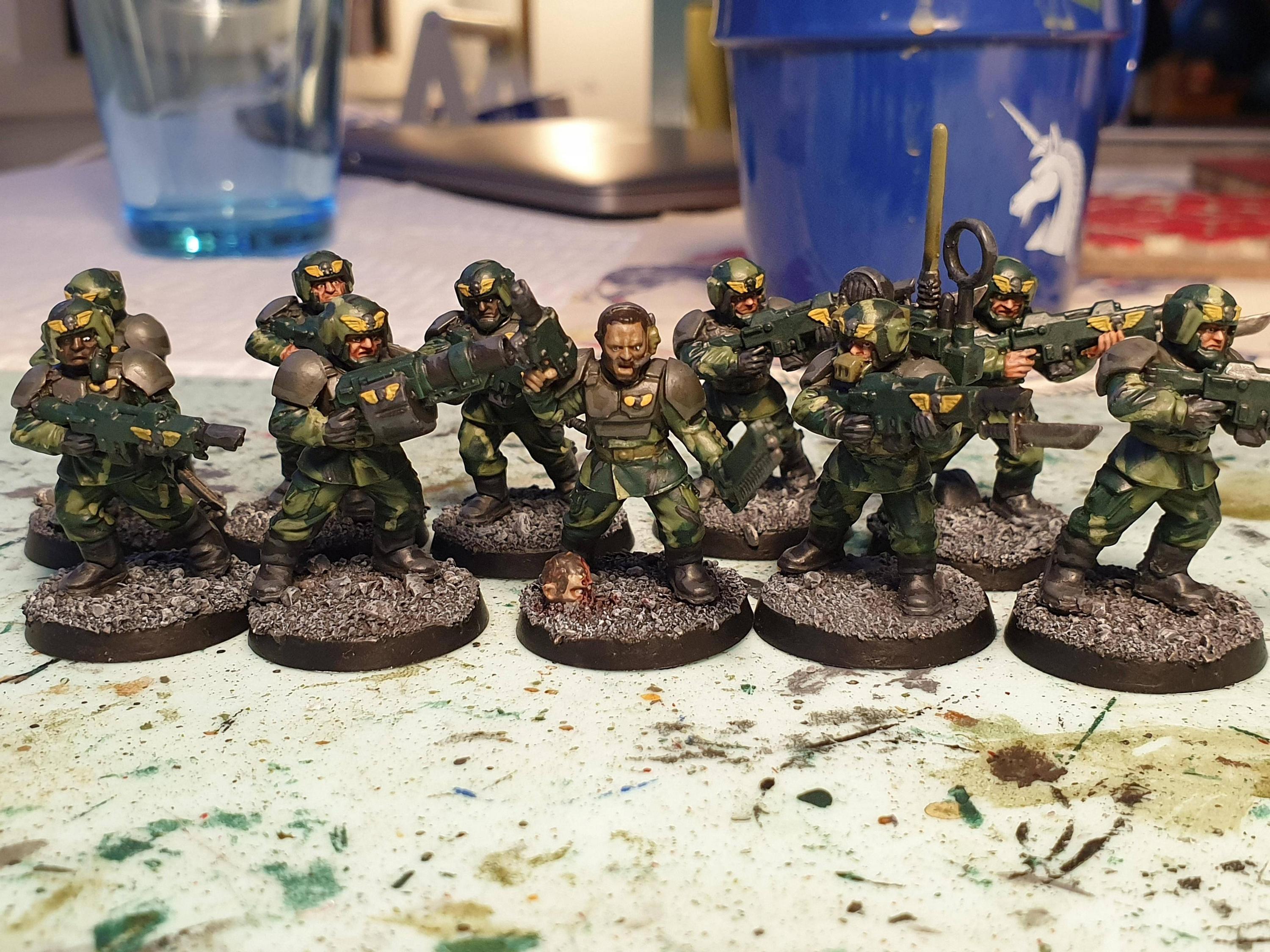 And my first scion which will translate to a Swedish Jägare (means hunter but think Ranger). A Tempestor Prime 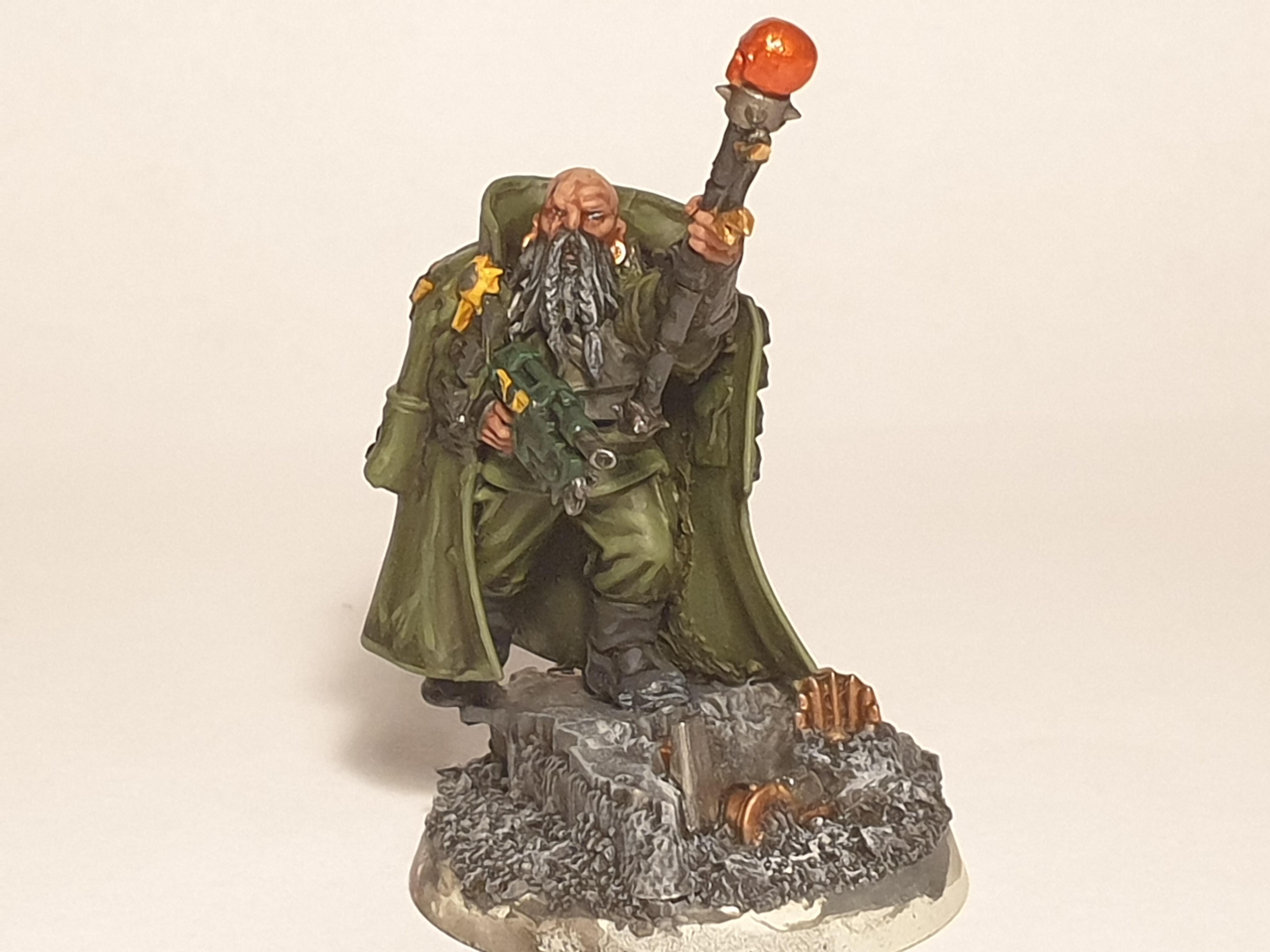 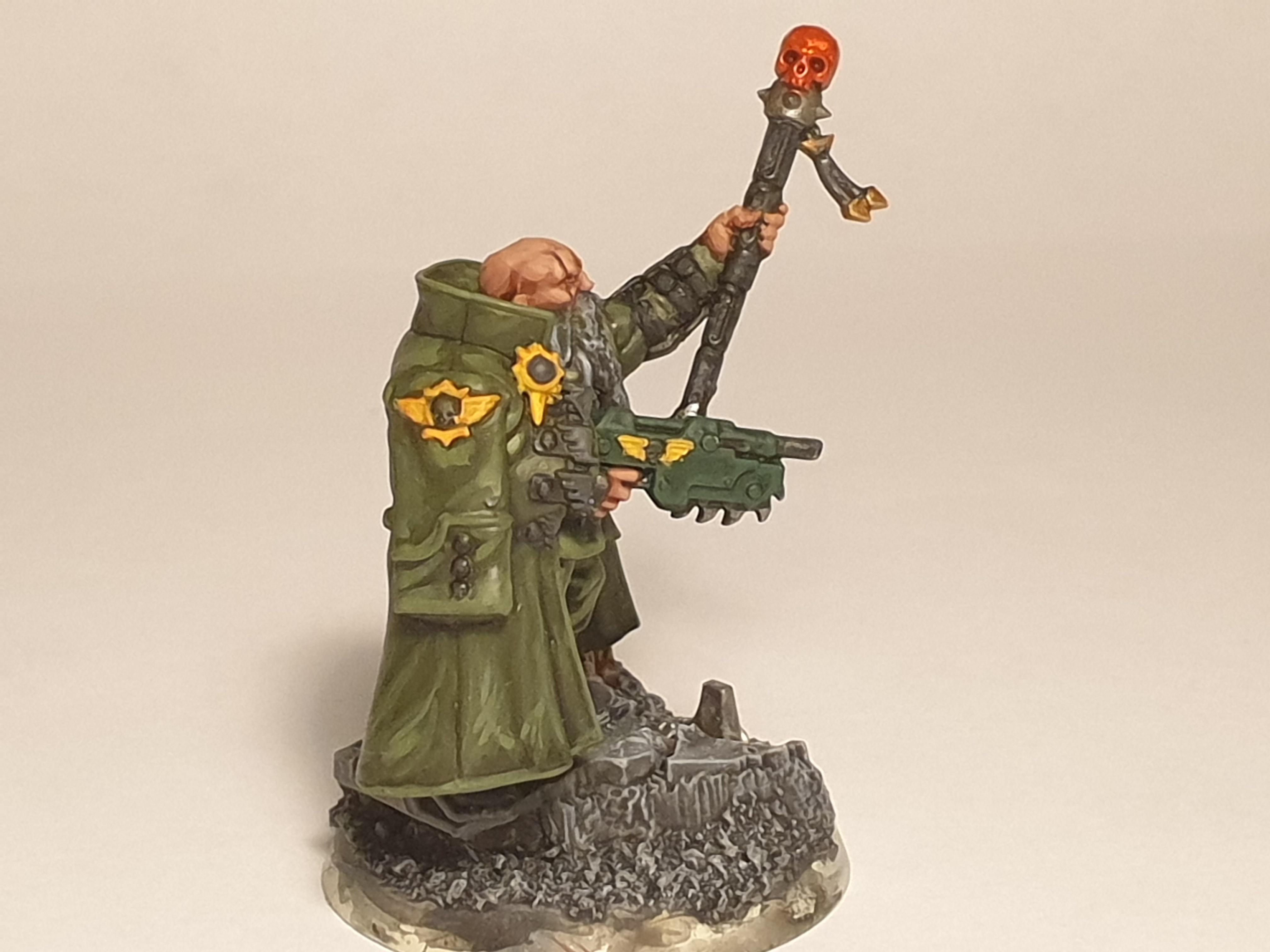 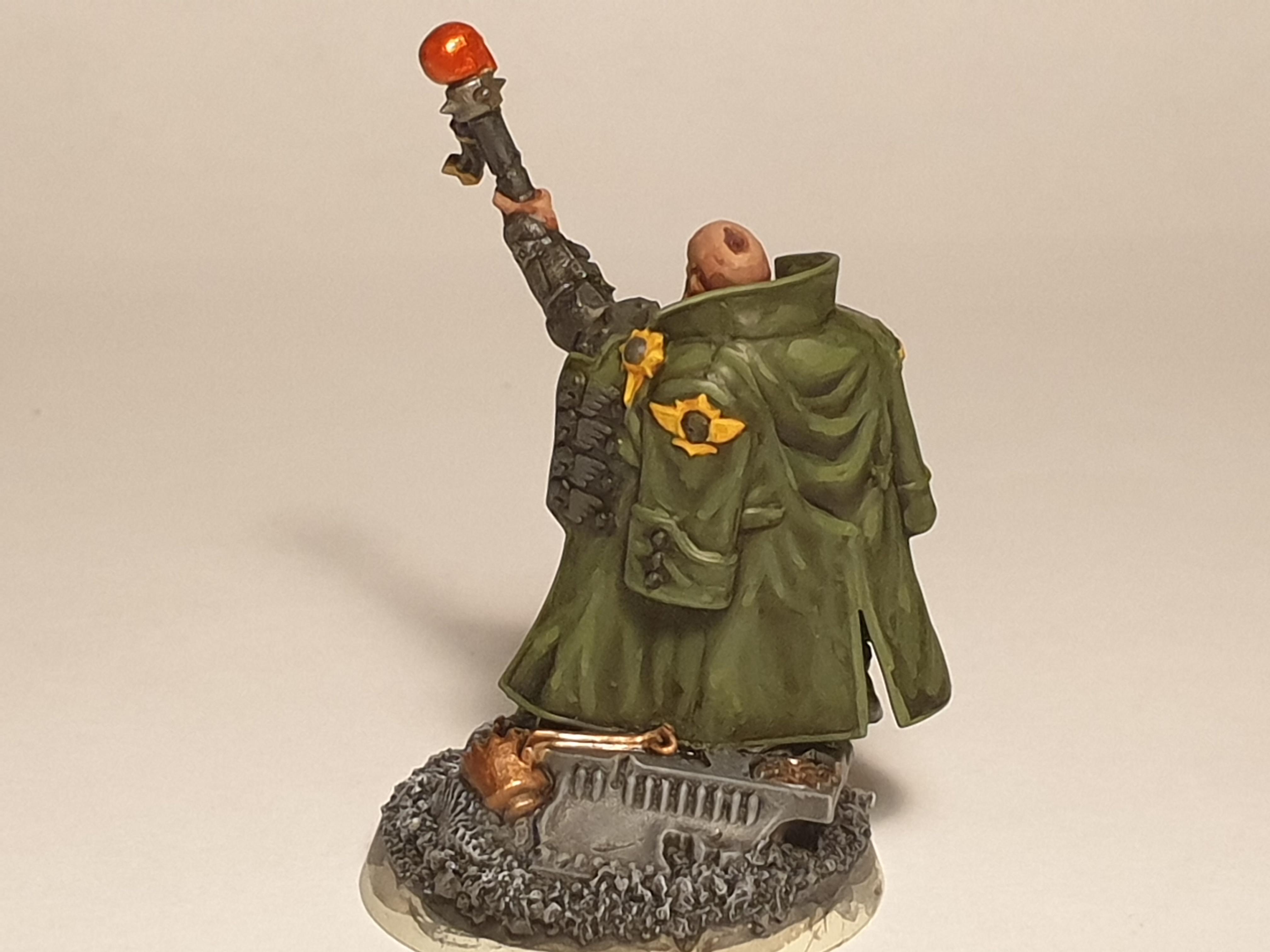 All of these are some of the last rescues I got hold of that were sprayed red. I have a inf squad,a 5 man scion squad and 10 crusaders left and then I'm out of model's. Need to purchase new...

Wow! These are really cool!

Like, is not strong enough. The Tempester, is awesome.

So another squad complete. 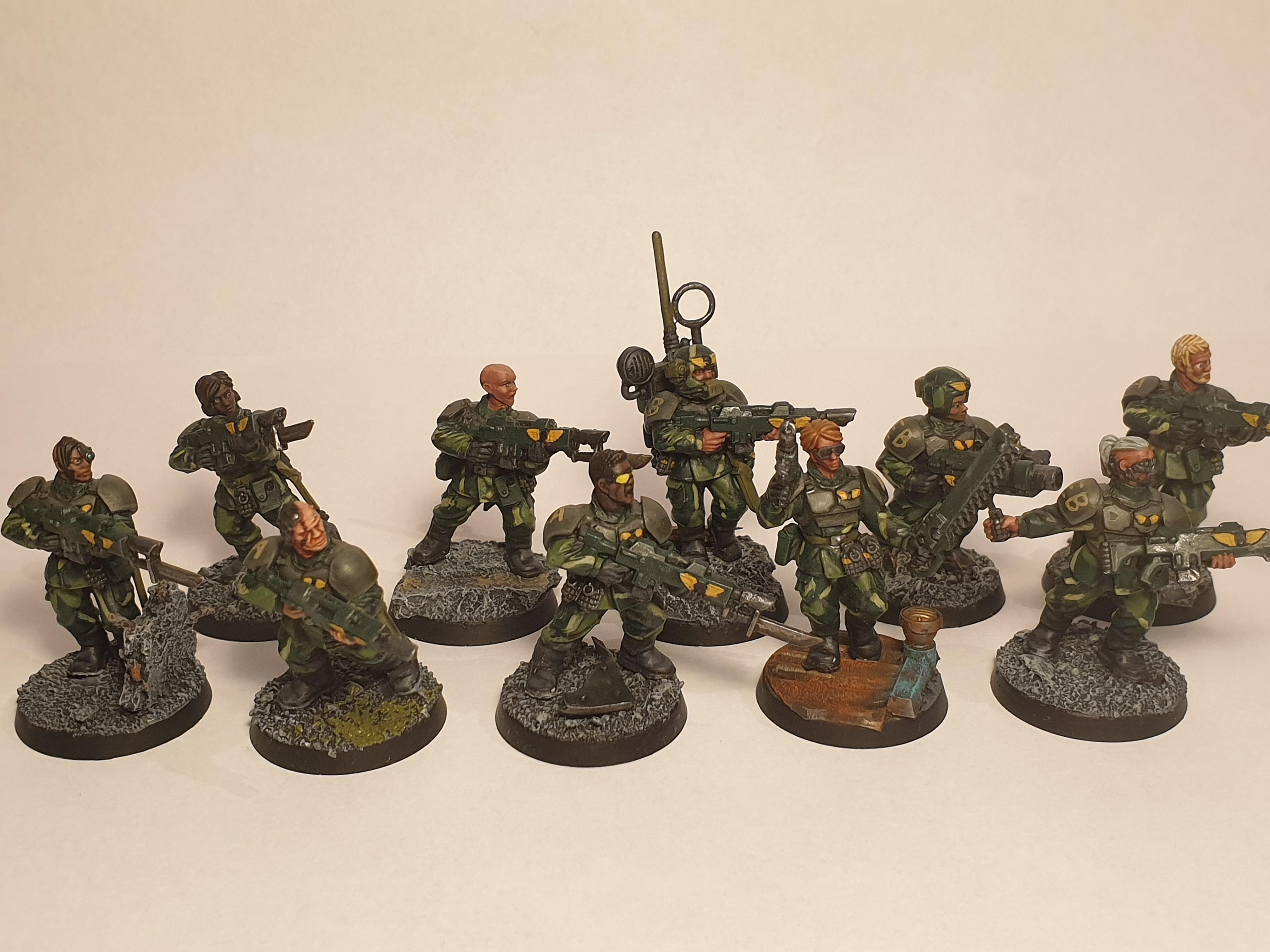 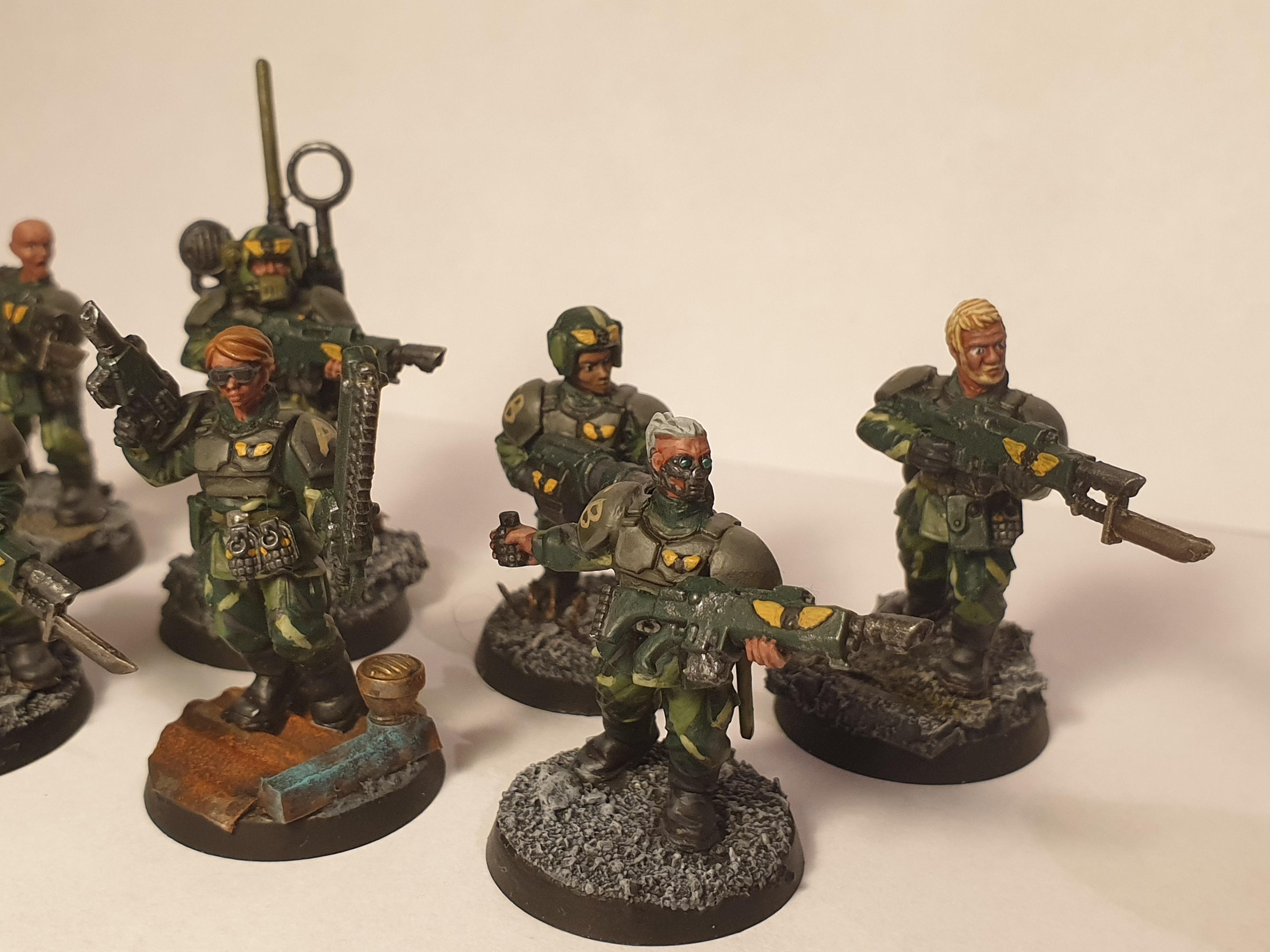 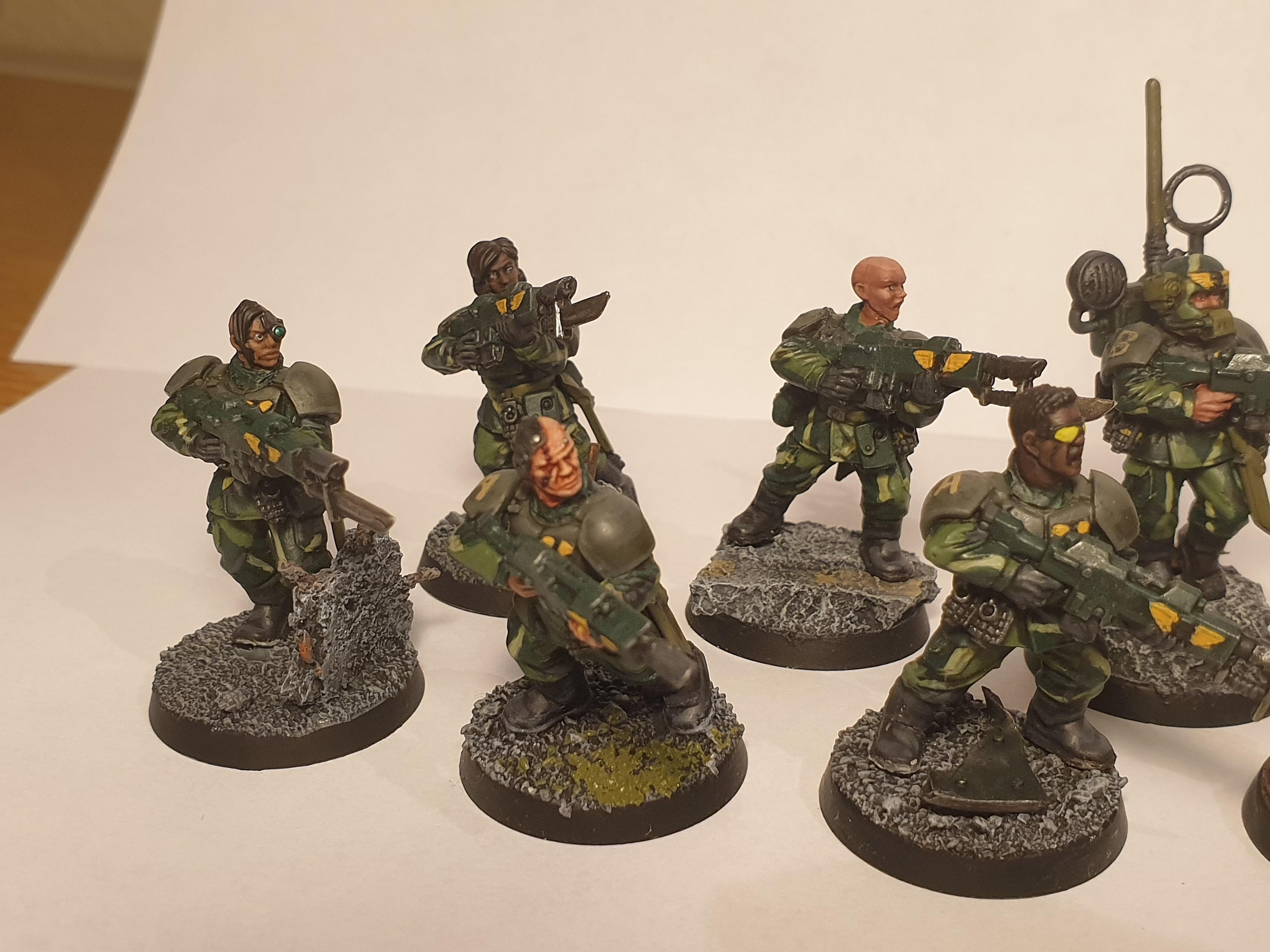 The sergeant will be the leader of the next squad I'll make (A platoon, third squad, called GA).
Grenade launcher and female bionic grenade thrower to EB (B platoon, first squad), vox to FB, yellow glasses (based of a former squadmate whom always wore those) and scarface to EA, blondie and shaved female FA, dark female and bionic half shaved female EC (the squad completed in the previous post).

Well what does all this mean:

EC, all las, sergeant, vox, grenade launcher or sniper.
FC none
GC none


A platoon or AQ also have a platoon commander and command squad with medic, standard, vox and heavy flamer.
Three chimeras.

BQ have a platoon commander.


Phew.. need to make a army shot or something as soon as I got GA done.

Looks Great! Really well done on the varied heads, gives some real personality and authenticity to a guard unit.

Really like your camo and uniforms. As MedicMike0708 said the head swaps add a lot of character.