37 replies to this topic

I've had this army in the works for about two years now, but I'm finally starting to get highlighted models done! I wanted to do an army that was clean and practical, making use of a lot of decal transfers and edge highlighting, which was something I've never really tackled before.
The helmets are from https://bombshellmin...-helmet-set-r8/ and consist of a clear plastic dome and pewter collar (I didn't want to paint faces, so I sprayed them with gloss black). Conversion was pretty easy, just removing part of the marine's collar. On some of the pushfit models with pre-attached shoulderpads, I had to trim the piping on the pewter collar down to fit, but its not very noticeable on the final thing.
Lore wise, I liked the idea of having an Ad Mech controlled Marine force where they function essentially as Marine Skittarii. They were orginially escorts for an Explorator Fleet, but have since been hijacked, mindwiped, and cloned by the Fleet Magos. The modified helmets are (on paper) to provide extra protection in hazardous environments, but really because the marine's heads have been horribly augmented with cybernetic shackles that they simply don't fit in Mk X helmets anymore.
Rules wise, I run them as Deathwatch to reflect their fleet's wealth of technology gizmos and total lack of regard for codex organization.
Intercessor Squad Aggressor:
I'm not a fan of the big bullet mittens, so I replaced his arms with Tartaros Terminator arms. And bonus tagalong, my Ordo Xenos Inquisitor, who's sanctioning the whole Explorator Fleet.
The model is a Necromunda Van Saar with a Palanite Enforcer revolver. He's very smol next to his bodyguards. Damn that's really fine, I had a similar idea of doing GSC in space helmets... you have that same vibe but executed it with extreme perfection

A really nice idea and the INQ added in in Van Saar outfit is awesome!

Thanks for sharing this great army... more please sir

massive thanks for linking the helmets

Those look amazing. I can see the attention to detail. Great work.

Holy Enperor, those are amazing! This is really brilliant, well done!

I really like your aggressor conversion. No mans sky inspired basing?

And the black helmet fits.

Although it somehow changes the vibe a little and is less 40k and more... not sure, part of a different dark sci-fi universe.

But good idea and great execution.

These seem so utterly ridiculous, and yet work absolutely perfectly! They’re amazing, and the paint job is great. Cool fluff too - makes sense with the models. Looking forward to seeing what you do with other models in the range.

The models look great! Is the Fleet Magos responsible for the Marines' conversion named "Weyland-Yutani"?

Normally not a fan of the bubble head helm concept, but the high gloss black really goes a long way to making it both unique, insidious, and sci fi exploration cool looking. Great stuff!

For some reason I’m getting the Alien/Prometheus vibe from these!

Love it!! A whole chapter of Mysterios!

Thanks for the kind words everyone!

I'm still undecided on a chapter name for these guys (though they're not really a chapter). Something to evoke tones of their space faring nature, their goofy retro-scifi-look, their mind-wipedness, or their ties to the admech/science/exploration/ordoxenos.

-SPACE FORCE (would be perfect if it wasn't a 'real' thing.)

I'm open to any suggestions you guys might have!

Also, I posted this Executioner a while ago, but I figure I could keep all this army's progress in one thread. I hope this thing still gets some play, despite going up to almost 400pts.

I might go back and redo some of the dark-bluegreen highlights with the new recipe I learned doing the marines. How have you achieved the pale blue/grey tone? It’s a great shade. 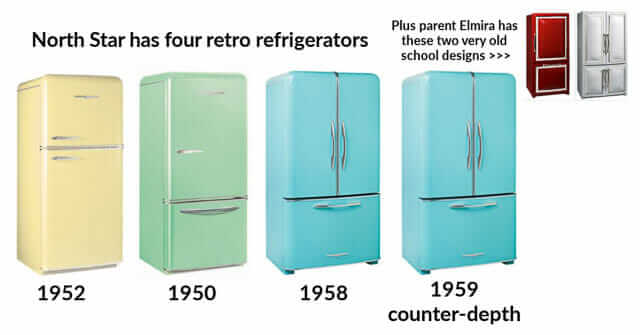 Aha love the inspiration! It’s a great colour - has a very deathwatch/Iron Hands vibe to it.

Excellent work on the Repulsor Executioner. As for a Chapter name, how about Xenobestias Venatori, "Alien Beast Hunters"? (As the helmets remind me of those worn in the 1979 film Alien, I thought it was appropriate to refer to the "bug hunts" the Colonial Marines thought they'd undertake, in the sequel.)

Are these gonna be played as Salamanders, in honour of the “Cult of Prometheus” ?

! Lovely colours. How did you do the shiny eyes inside the helmet though? The agressor conversion is really cool as well, might have to copy that

Haha, had a few people comment about the "eyes".

That's just the reflection of my lightbox light. The helmets are gloss black.