Not sure if you guys have seen this, but the big warcrawler has been pre-released and there seems to be some smaller ones in the works. Have been following avidly for a while. 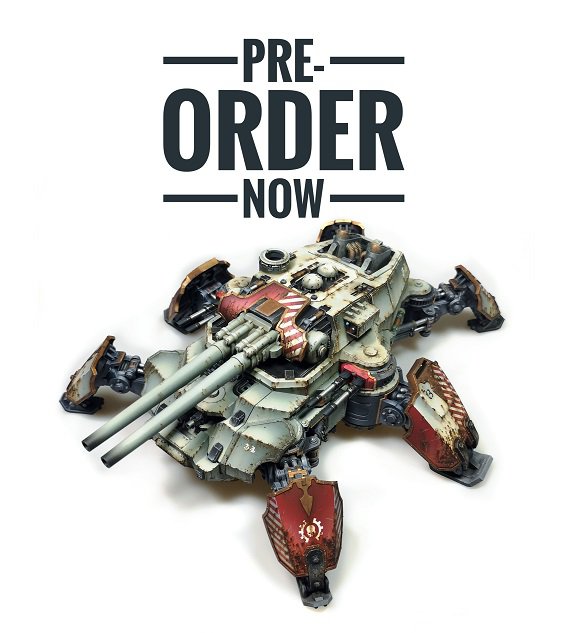 All the other released gear is here

I love that thing. I really like the smaller vehicles but that walker tank really impresses me. I only just noticed the laser turrets on the sides, I like the weapon layout of this vehicle. It's not got the overabundance of weapons that many space marine vehicles suffer from. I think the twin long cannons are my favorite loadout, somehow beating the Gatling guns.

I like the idea but the legs look a bit stumpy from this angle. Makes me think it'd struggle over difficult terrain.

Really solid alternative to a baneblade for Mechanicum

That's damned cool, nice blend of 40K and Masamune Shirow (as mentioned before). Not sure I'd buy it but it's cool.

It's cool but I wonder who would buy it when Baneblades cost less than half of it and are plastic instead of resin. It's kinda the same problem the Primaris super heavy tank has compared to Knights.

Why buy a boring Baneblade, when you can have a super heavy six legged monster?

I like it a lot. I can see design elements that remind me of the dunecrawler, the spartan and the minotaur. The big turret weapons options seem to correspond the most to the macharius tanks, though the secondary weapons may be a bit hea ier than what that tank has access too.

I love this so much, been waiting for it but damn is it pricey for us Canadians...

True, but there are some people who really don't mind resin (some who actively like it!) and are prepared to pay whatever for an aesthetic they really like and can't get elsewhere. The appeal and worth of something do have subjectivity to them.

That's entirely subjective. There are plenty people who like big ass tanks way more than some big 6 legged walker.
On the other hand money and material aren't subjective matters.

I have been following this come together, and I absolutely love it to bits.

Too expensive for me though, and I really don’t like large resin kits.

The 40k fluff explained to an outsider:

Some space elves got really into drugs and sex and a big scary monster got born that ate them.
A space wizard got beaten up by a guy who said he was his friend but wasn't and now he's on a life support machine and people worship him because he was super awesome.
Now there are giant men with rocket launcher machine guns and 4 hearts and are really super awesome who beat up everything.
Also there's a bunch of aliens but they don't really do anything and aren't as cool as the rocket machine gun super men, so who cares?

As a lover of sci-fi tanks and walkers, I would love to build and paint one of these but $245 US is a bit out of my range right now.

I had looked before but was under the impression he'd finished manufacturing them, nice to see they're back!

Grabbing one for my Dark Mech good sir

Probably a mite large for that. For 30k it will a mechanicum baneblade variant. For 40k will probably just be run as a fellblade or some such.

The Mortian Buggies Kickstarter only has a few days left before it finishes. They've got some absolutely banging designs on the table with this one, so if you're all for alternative Guard and Lost and the Damned vehicles I highly suggest you hop on this - they even half a half-track! 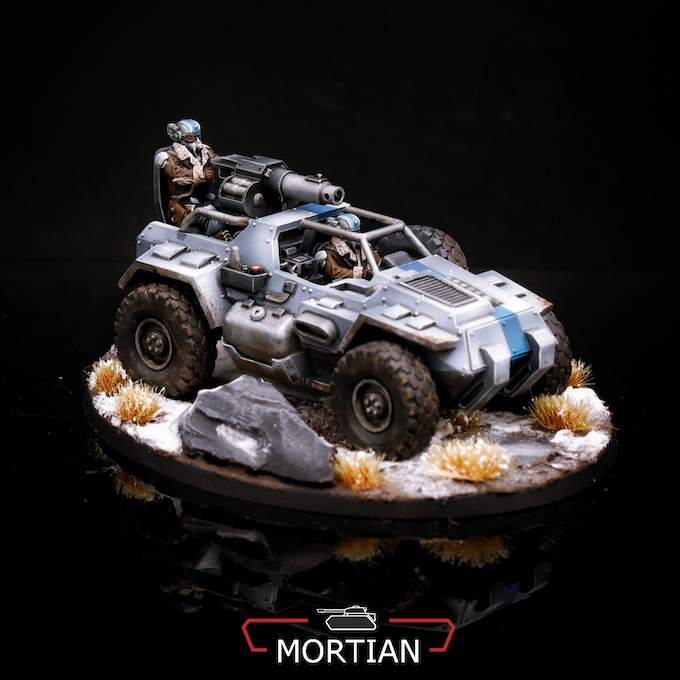 Thanks for the recomendation! Those attack buggies look great, though I wish they had included gunners and drivers in the sets.

I can vouch for the quality of Mortian's casting. Very crisp on the stuff I bought from their store.